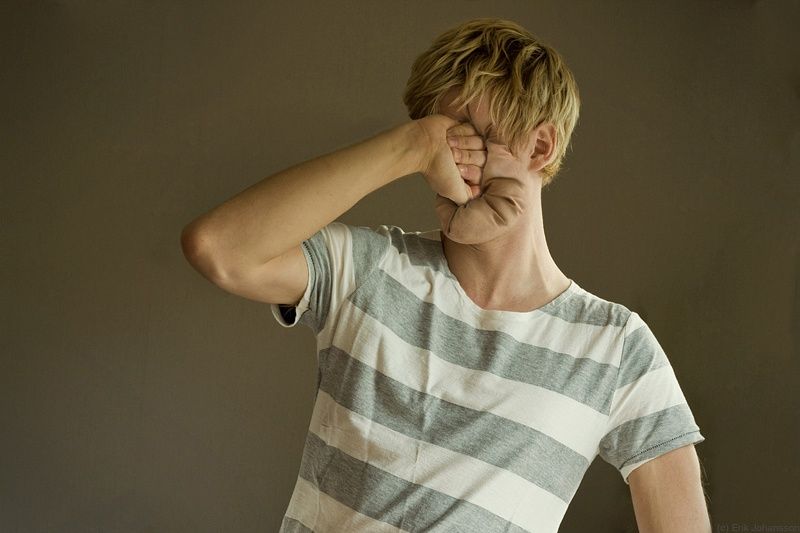 If you are anything like me, occasionally you’ll find that you’ve run out of people to despise, which can sometimes result in you turning the ire on yourself. This of course isn’t to be confused with turning the irie on yourself, which generally concludes with complate obliteration of anything within reach that resebles a bag of chips or a plate of cookies; 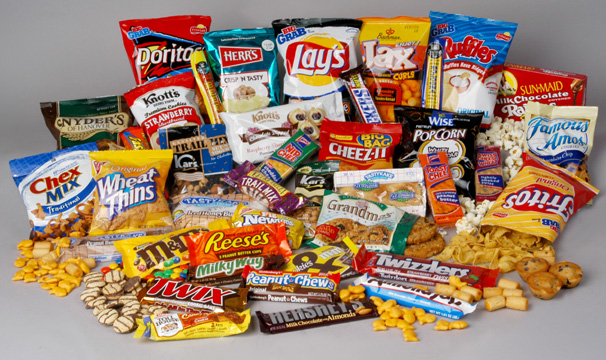 No, I’m talking about plain and simple good old fashion self loathing. If you haven’t given it a shot recently, there’s nothing like twenty four to forty eight hours of it to make you really feel alive.

And will sometimes result in pushing your physicality beyond what is reasonable.

Back when I raced bikes a lot, I dipped into that pool of self hate with some frequency. It was a smoldering rage in my belly which inspired me to heap as much pain on myself as I was physically capable. Then I went and fell in love and things smoothed out a bit, but every now and again I’ve come to find that old habits die hard. Case in point is earlier this week, a woefully under-dressed Jimmy-James Nüman and I embarked on what started out as a nice road ride on a brisk but sunny morning; 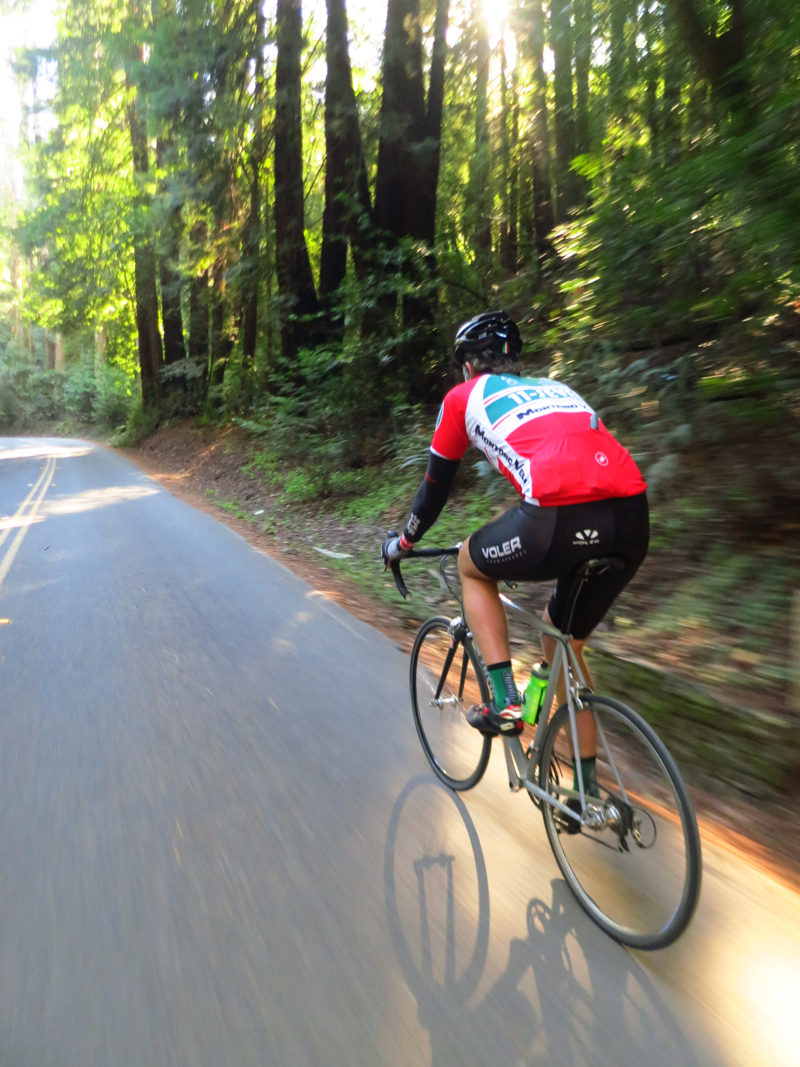 Mid-way into the ride, the temperature plummeted and a howling, frigid fog came in off the bay which had me wondering if before the day was over, one of us would be gutting the other for food and shelter; 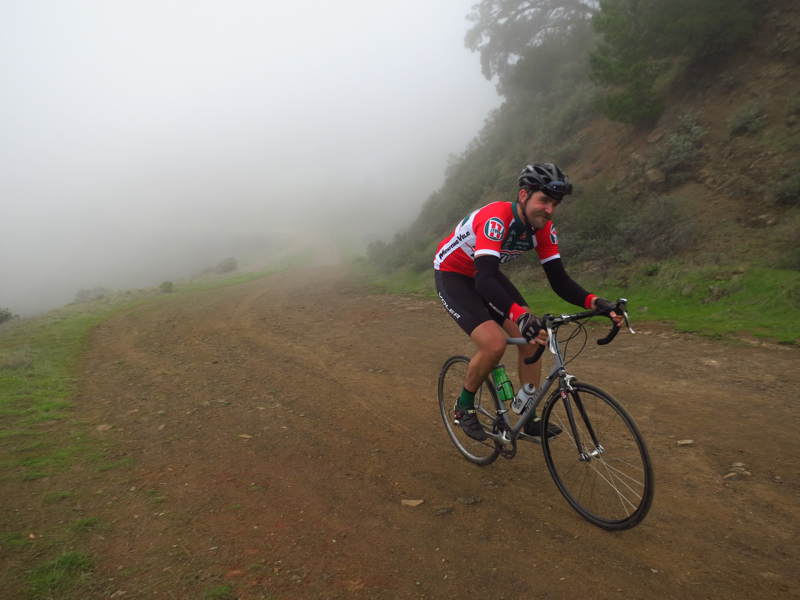 At the end of a day consisting of a reasonable milage, but (but my rough estimates), a billion feet of climbing, I was left feeling, as residents of the Motherland say, ‘a bit knackered‘ and totally aware of who, in the relationship between me, myself and I, the boss is.

And as near as I can tell, he doesn’t care for me too much.

But then again, as illustrated in this clip that Frank passed along, I’m not the only one who doesn’t get along with my boss that well;

However what does seem to care for my directive a great deal is both fate, and infamy as indicated in an email that was sent to me from Sally at Raleigh Bicycles;

“USGP in Bend…SSCX race STARTED at 845 am. All this does is give us our reason to start boozing at 930am after we cross the finish line. Somewhere around 1pm is when the lack of sleep, BAC over the legal limit, and heads filled with Metal from the Sword show on Friday is when we hit our Heckle Zen…(insert examples here…honestly, about all I remember is one guy getting punched in the dick, cake, and air humping)
I somehow got Ben Berden to wear the Wizard Staff Arm Warmers during Sunday’s race.

My job here is done; 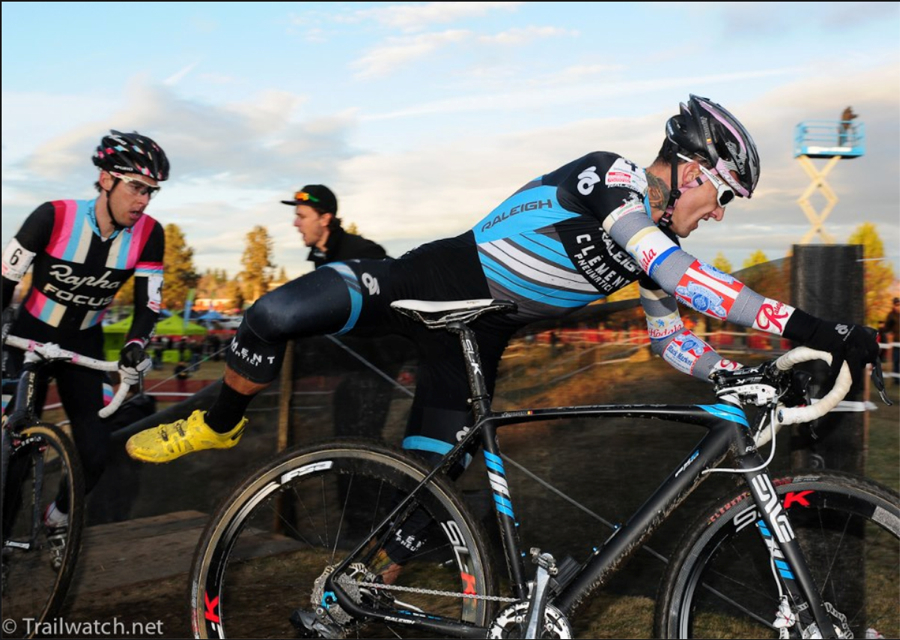 I’ve had some proud moments in my life- (learning how to not pee on the floor, graduating from high school, inventing the Portland High Five *all within a week of each other*) but seeing Ben Berden flying the flag dwarfs any of those prior achievements.

I’ve contacted J.P.H.N.H. to get the proper pronunciation of ‘Wizard Staff’ in Flemish, and aside from “I’m gonna have to look into that“, as of ‘press time’, I’ve not received a response.

Speaking of AHTBM branded goods, I need to once again reiterate that the 2013 kit order window has a rapidly approaching expiration date; 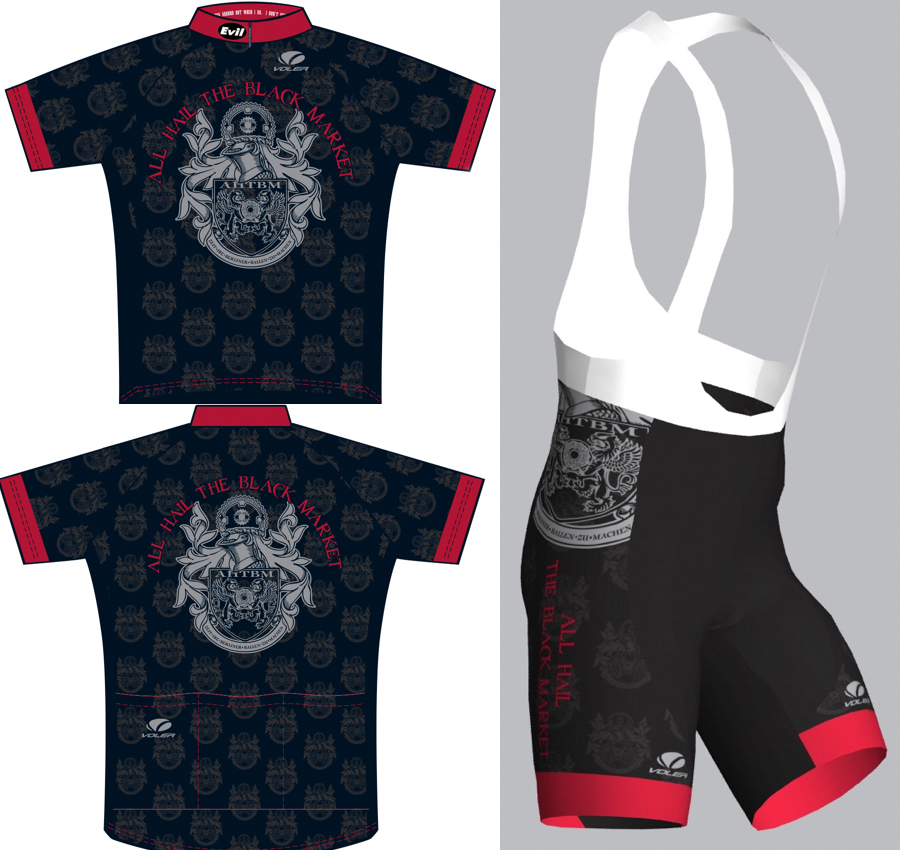 If you want to get in on this order, and I suggest you do, you have until Monday, December 17th at midnight.

It’s a spendy piece, but what I was most excited by was the thermal jacket. I have a number of these, but I look forward to this particular one being my favorite.

It is guaranteed to look better while falling into a camp fire than any other before it.

In news of other matters, Willem got in touch with a whole smattering of fodder for our consumption;

Please spread the good word. The Philly cycling peoples are making a weekend of it. Saturday you will find Xmas cross and mtb follies; 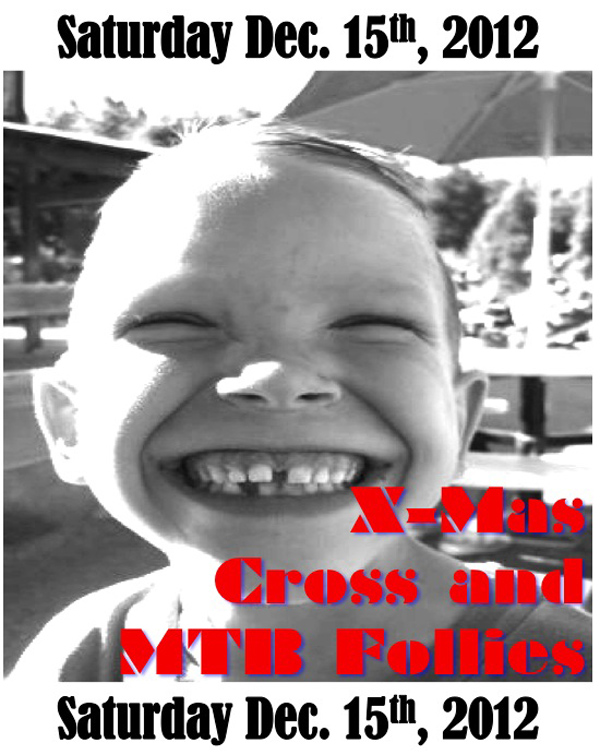 and Sunday is the Bilenky Junkyard cross race;

-Should be a good weekend, and I hear there is a fun party on Saturday night.

I understand the junkyard race to always be an amazing time, except when you fall on a pile of rusty bed springs and get tetanus, but then again, such is life.

Back over here on the West Coast, Frank made time to let us know about some finals and some nudity, all in the Golden State’s capital;

“We’re about to draw the curtain on the 2012 Sacramento Cyclocross season, and send it back into hibernation wherever goes for the off-season. (Belgium, I imagine) It’s been a stellar year, with more racers, more fun, new venues, cameos by several National Champions, and lots of new friendly rivalries consummated over a cold beer. So you probably think we’ve got something killer cooked up for the finale, and of course we do. We could talk about the awards ceremony, the potluck dinner, or the raffle with thousands of dollars of top-shelf cycling goodies to be won. But the highlight of this finale, being that it’s at Laguna del Sol, a clothing optional resort, is the Naked Race; 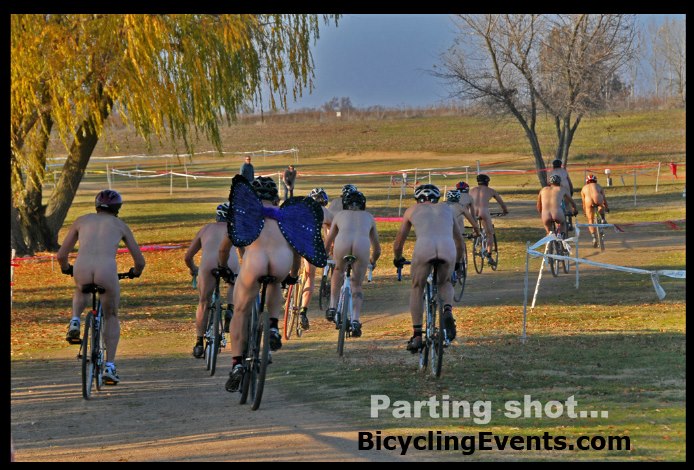 That’s right, at the end of the day’s racing (about 3:00) we’ll stage a one lap race with the only allowable apparel being shoes and a helmet. There are great prizes in store for both the men’s and women’s winners, highlighted by Enduro ceramic bottom brackets and custom Sac CX skinsuits by Pactimo. So get on out to Laguna del Sol in Wilton this Sunday and show off your Cyclocross prowess – and whatever else you want!”

There there you have it. No ifs, ands, and just a couple dozen butts.

Lastly, up North a bit Seattle (which incidentally will be the home of the 2013 ‘everybody’s getting pregnant’ W.S.A.T.U. celebration occurring in just 190 days from today), Niki from Mobius Cycle made the contact regarding a bikecycle related freak out she’s got planned for this year’s end;

“If you wouldn’t mind putting this out there I’d be tickled pink. 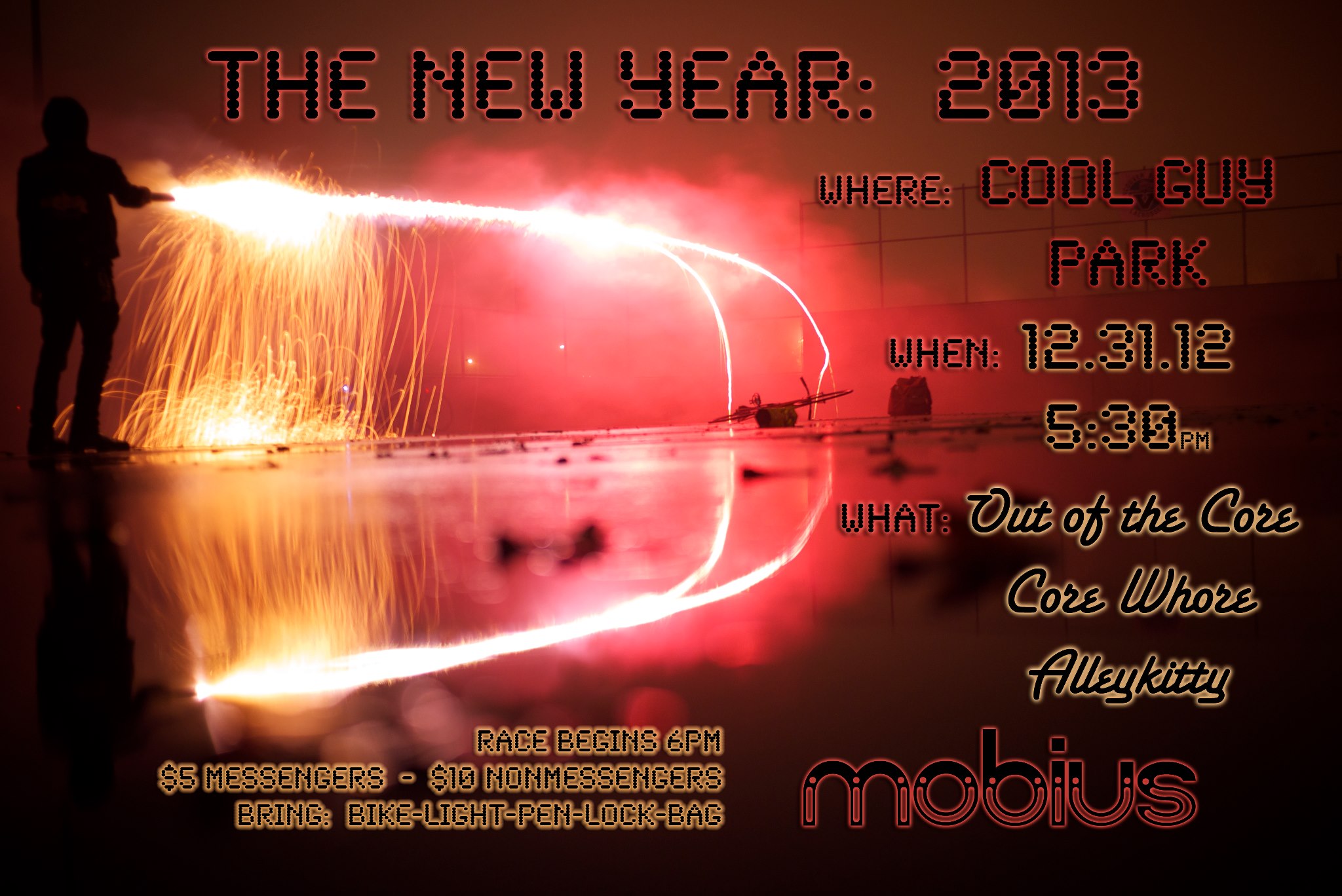 And there it is, in all it’s glory. A friend is helped, the masses are notified and Niki was tickled until she was pink (figuratively, not literally).

As a matter of fact, and it’s a little know truth, but tickling people until they’re pink (figuratively, not literally) is one of a small handful of acts that can tame one’s internal monsters, and better yet, consistently quells the desire for a self-inflicted face punch.

7 Responses to “Are you there God? It’s me, Marginal.”