It was late on Wednesday morning when I came across the above clip featuring with Uncle Ian, and his point resonated with me.

Perhaps it was timely in that I’ve been reflecting on where this site has come from and ultimately where it’s headed. Year one was a huge success. Year two was an unlikely success, and now that we’re knee deep in the third and a half year, it’s nothing short of a miracle. I wasn’t blowing smoke when I said on Thanksgiving that I owe it all to the advertisers and the readers and the people who trade in their hard earned money for product. That was from as deep down in my heart as I was able to access, and I meant every syllable of it. I don’t exactly have a detailed and grandiose plan, but I know vaguely what I’d like to eventually see happen here (which may or may not include selling out to a multinational corporation.) That said, if those developments never come to pass, I’m ok with that, because as I said before, every day I can wake up and do this job is a blessing, and I have the readership and advertisers to thank for that.

So now that I’ve bared what’s left of my soul, let’s direct our attention to other matters.

First up, from Jon I got a notification of a one speeded style bikecycle riding competition;

My roommates and I are running a rad ss/fixed-only gravel road race this weekend in Fort Collins, Colorado. If you’ve got the chance, could you plug it on your blog?

The details are here, the Facebook plug is here, and the flyer is here. 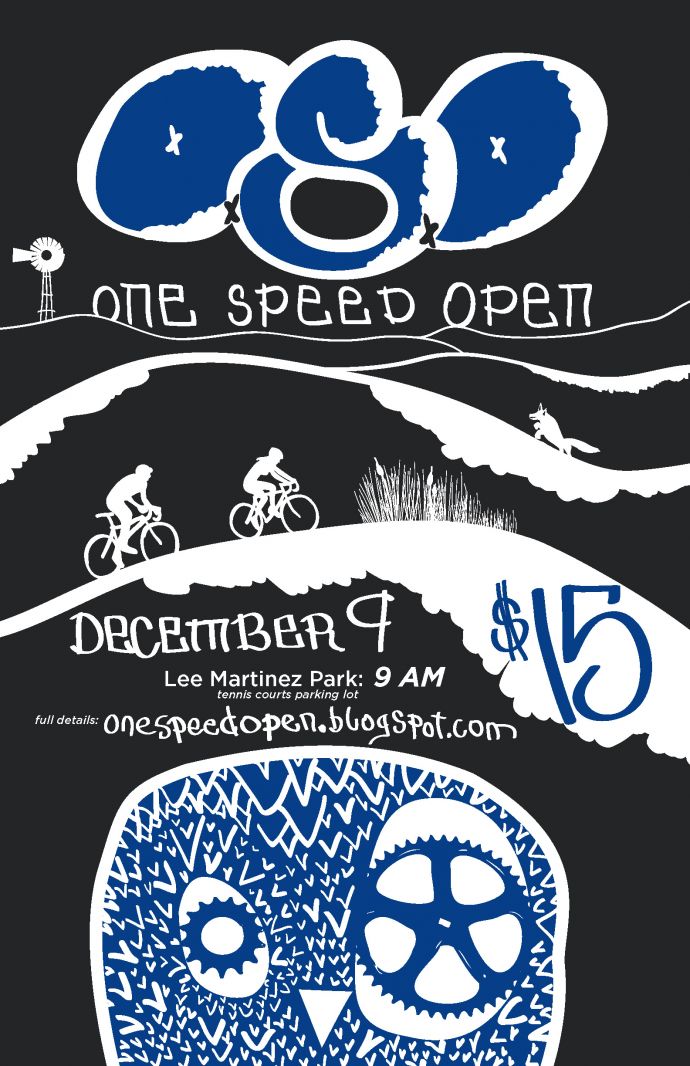 As I replied to Jon, I appreciate him referring to it as a ‘one speed’ event, as that is just the right kind of hat tip to the olden days. It also gives me hope that there are some people on the Front Range who take not taking bike racing seriously, very seriously.

Then from Paul at Atomic Cycles, I was notified that he too is having a bicycle event celebrating no gears but one, and a brake of the coaster sort;

The next Coaster Brake Challenge is coming up in January. Please see the attached flyer and pass it along to anyone that you may think would be interested. See you in the dirt! 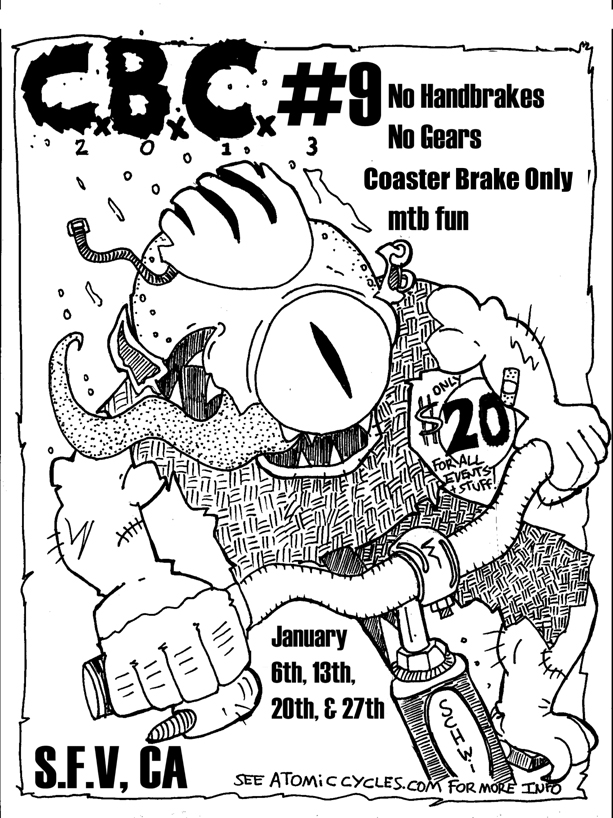 That Paul is a good egg, and I’m glad he does what he does.

As we get into the Wayback Machine®, back in September or some shiz, Pat got in touch with a thing about some stuff as well;

“This is a series of shots I took and made into one of those fancy gif thingies. It is how you don’t lead an elite cross race into a log over that you totally eat it on. We were there to heckle everyone who tried to go over the log. Hopefully we ruined a few races. The UCI frowns on that, but what happens in the woods, stays in the woods.
There are some more images of the days race right here

I hope you survive this horrible week.
Pat”

I must have survived that horrible week, because apparently I’m still here.

But it was that gif file that reminded me of a clip of some others who were having an equally horrible week;

They clearly could of used a lesson in bailing out early in order to eliminate any excessive damage. Something Newt was teaching clinics on a whole year before that video was shot;

Photos by Paul M.
Just leave the bike behind and keep on going towards the setting sun. That’s the safest course of action.

Now, in an ear shattering burst of shameless self promotion, I would like to honor the interviewing prowess of one Captain Zoltron from Sticker Robot- the purveyors of high quality custom vinyl stickers.

It was months ago when he made contact to see if I would like to do an interview on their site where we would discuss life, love and possibly the meaning of it all. Enthusiastically I agreed, and after sufficient time passed, we sharpened our pencils and got down to business; 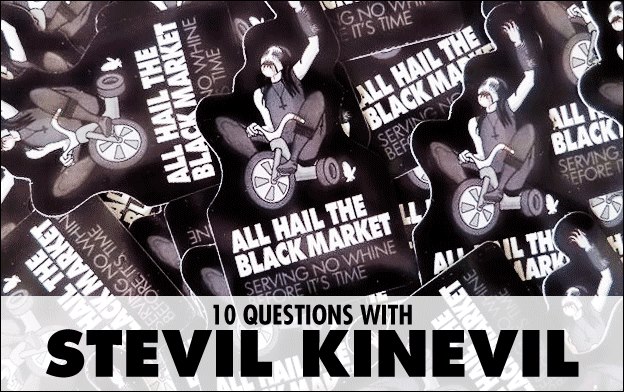 Despite all of that time spent planning, this was the final fruits of our labor.

Never has so much effort resulted in such a pinner yield.

Regardless, I thank Zoltron for his time, and I hope you enjoyed the slice of whatever it was we did together.

Moving on… In news having nothing to do with anything, at nearly the exact same moment Andy from Canada sent me this image; 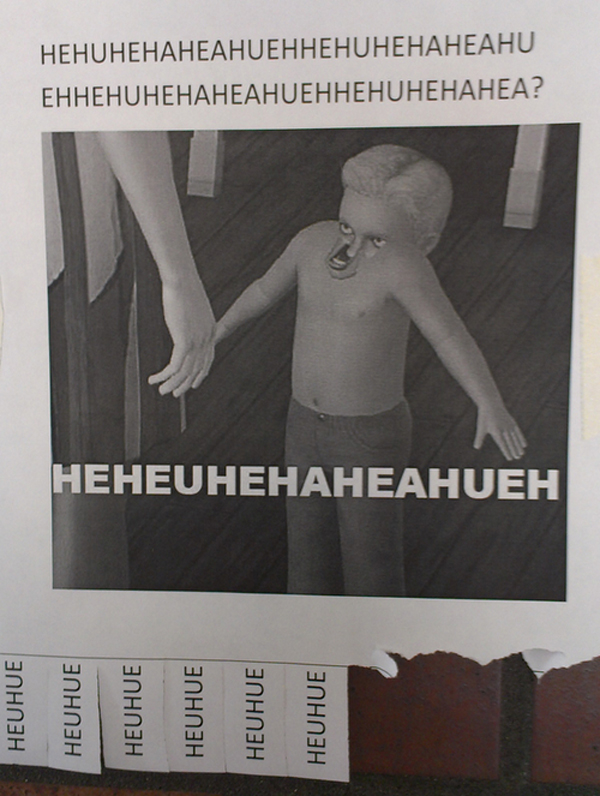 -Greg from America, and also Bike Monkey Magazine sent me this email;

“As a favor, we designed a company calendar for a friend’s dental supply company. We’re pretty proud of the product and, if you see fit to give them some love on your blargh, I’m sure they’d appreciate it.” 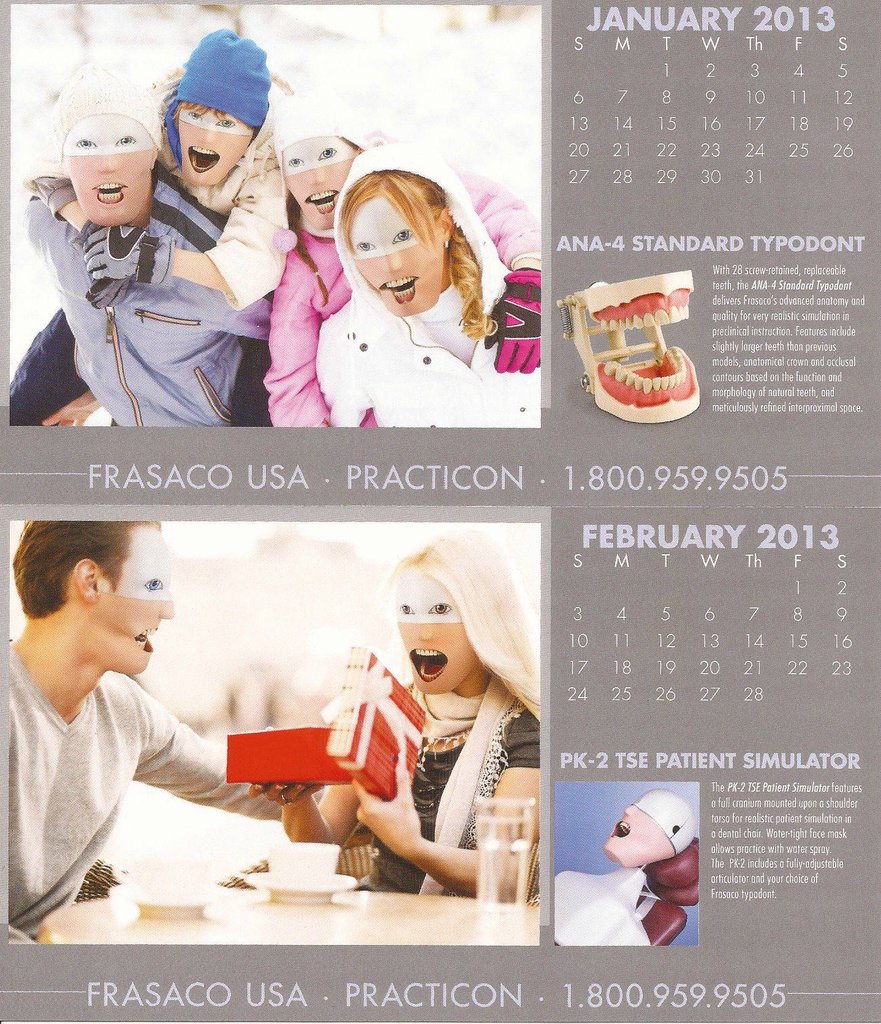 To which I exclaimed aloud, “GET OUT OF MY HEAD!”

Though at most points in any given week, those are the only words I have to live by.

6 Responses to “Words to live by.”