Or sometimes it just leaves you feeling a little useless. 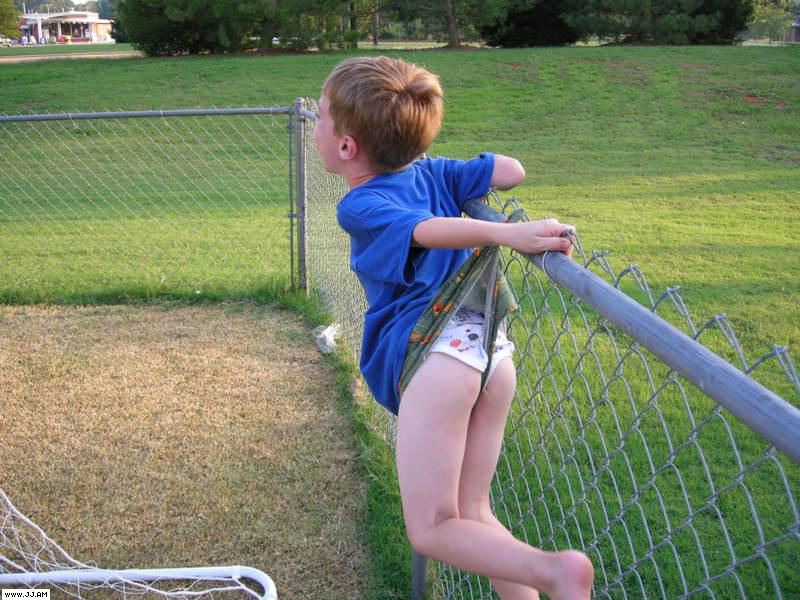 This clip is most especially noteworthy to me for two reasons.

The first being that I had no idea what a horrible actor Junker was, and two, was this sequence towards the end of the clip; 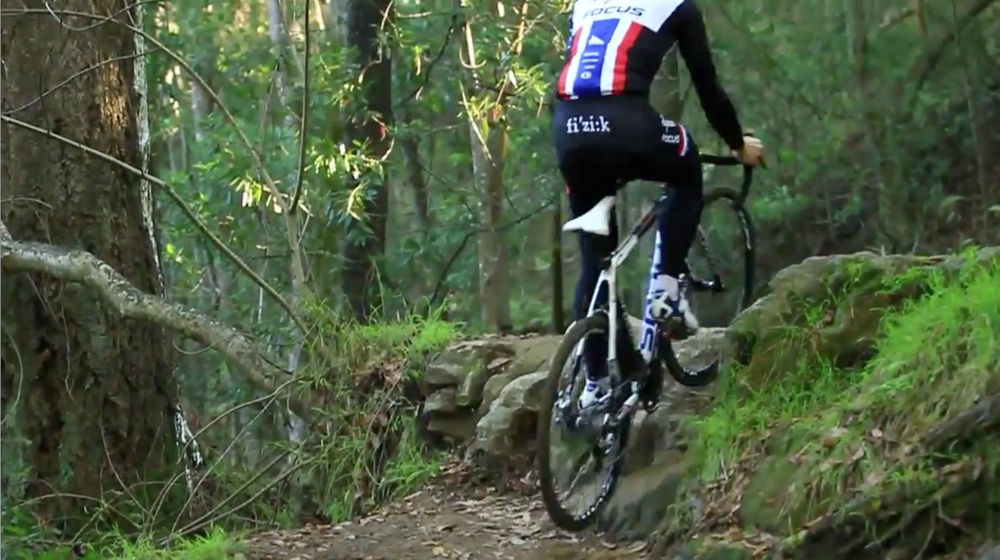 Now due to the fact that video tends to flatten things out a bit, there’s no way to tell just how insanely difficult this move is.

One or two of you might recall this same section being featured in BIKE Magazine a few years ago; 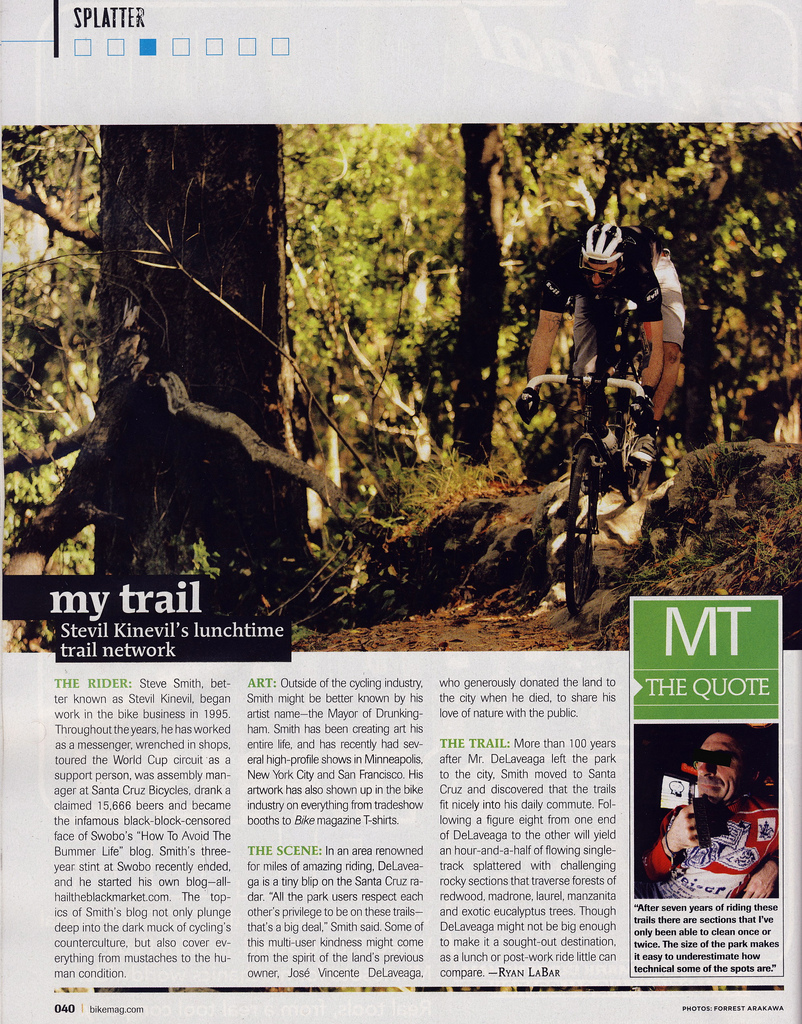 These trails were near and dear to my heart. They provided an absolute world class commute, they were my lunch time ride, and they were the best possible extension on the way to riding in the UCSC campus.

But that one little spot, was the single feature in the entire tract which I was never able to master, and then dumb Jeremy Powers has to go and make it look easy.

Similarly, this section (shot by Molly Cameron) which is also in the heart of my old stomping grounds, being made to look like little more than a curb by one Mr. Barry Wicks;

No, this is a ridiculously huge deal, as illustrated by this photo of Bee picking his footing on his way down the same obstacle; 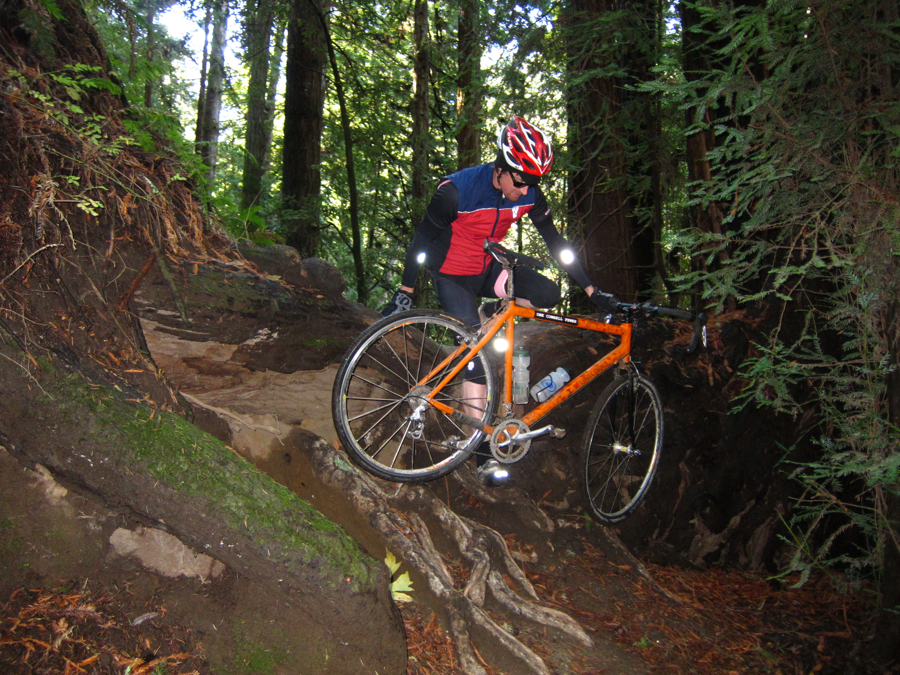 -and something that I would have otherwise thought to be an impossibility.

Every time I see something like this, it only serves to make me feel worse about my own abilities aboard a bikecycle.

And while we’re on the topic of my own personal shortcomings, I might as well dip the proverbial ladle into a bowl of art which doesn’t suck with a few examples by British artist, Paul Chiappe; 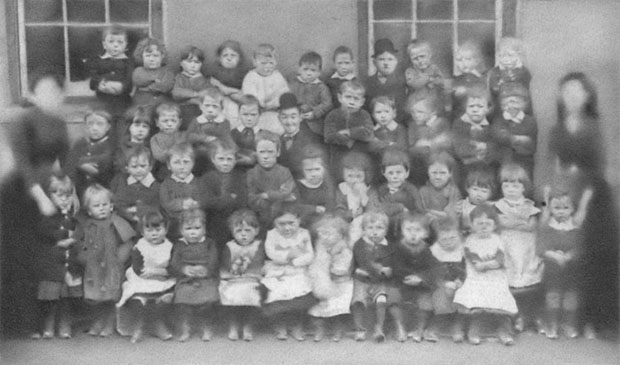 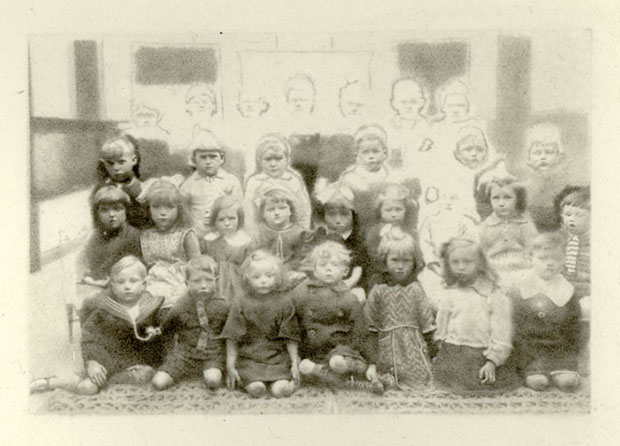 Ordinarily I don’t go for photorealism, but Chiappe takes it a step further and abstracts it to a point where it strays into expressionism. 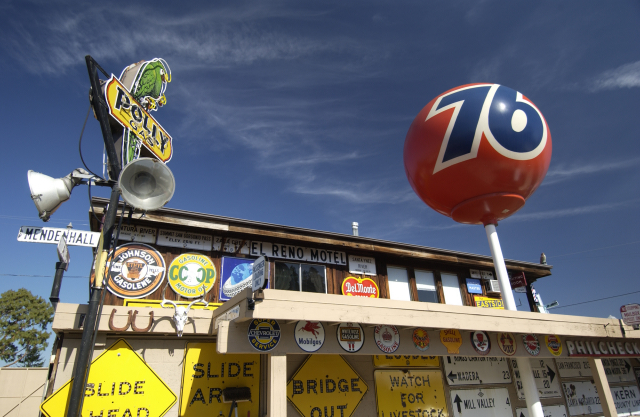 it shouldn’t come as any surprise that we might not see eye to eye on many things.

However, to his credit, upon visiting his studio (which was immaculate, naturally) I mentioned to him that I kept wondering what his sock drawer looked like, to which he shot back “that’s the one place in my life where I let chaos reign.”

It was almost as if he momentarily let his perfectly manicured guard down, and for that I’ll always remember him.

Moving on into a whole different realm in which I suck, I officially mentioned on Friday that I had a brand new run of some very spanky socks; 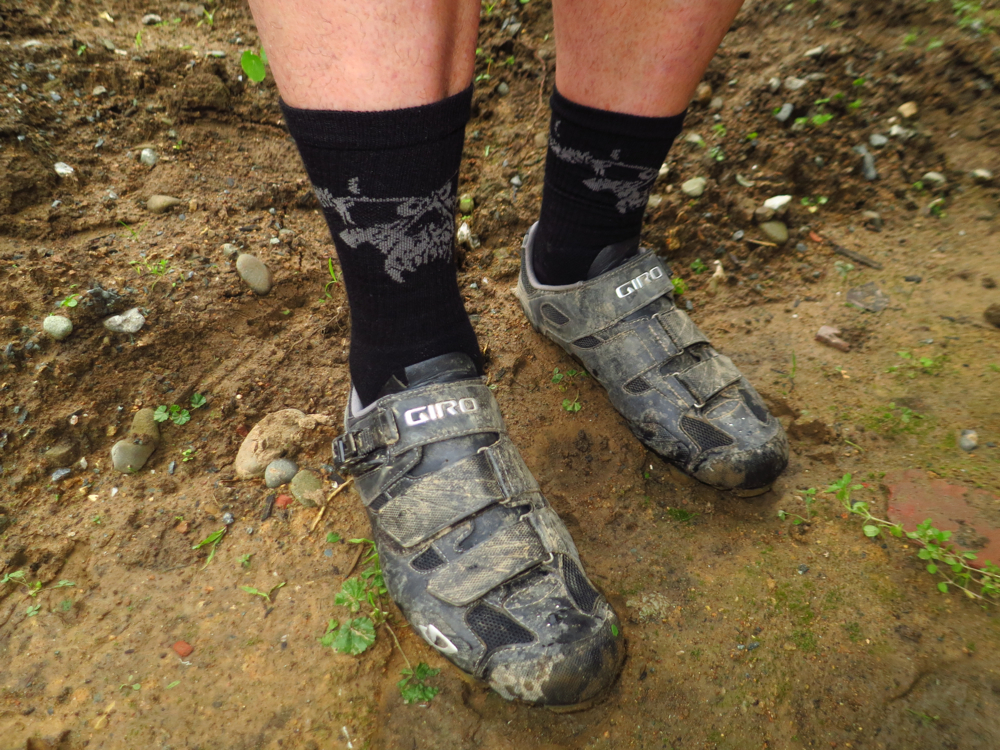 Well, in a flurry of processing orders I seem to have shipped off some of the new ones to folks who ordered the old ones and vice versa.

If you ever ordered anything from Swobo while I was in their employ and got the wrong thing, that was most likely my fault.

I don’t know if I get overwhelmed and what my eyes are reading doesn’t get properly transferred to my brain or what, but for some reason I screwed a few orders up, so if you didn’t get what you ordered, make contact and we’ll get it sorted out.

I may have failed in this department, but I failed spectacularly, so to that end, at least I can say there’s one thing I excel at.