End of story. Nobody looses and eye, nothing else happens. It’s just simply fun and games. I like how that version of the story ends better than the old warning your elders always gave you. 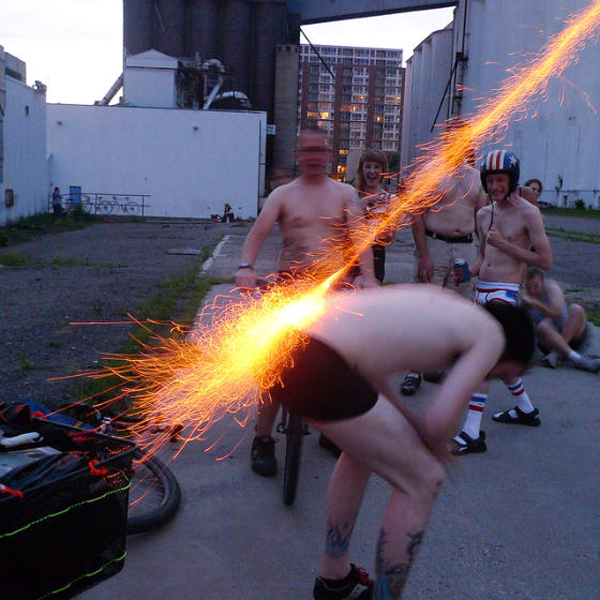 What the hell do they know anyway?

Good morning, and as cliché as it is, happy Monday.

Starting things off, let’s get into a video profiling one of our elders who does know a thing or two about a thing or two, Mr. Bruce Gordon;

I do likes me some of them Rock And Road tires.

Remember this post when I embarked with my road/off road bike with Carlos and Fish from Bike Monkey Magazine, and we had what I think Fish referred to as a ‘media camp‘, but it was mostly just the three of us mucking about in the woods for a day? And speaking of which, in a sad turn of events, the aforementioned magazine is closing its doors.

However, in a communication from Fish (pictured above), he noted that after these past four years, they accomplished precisely what they wanted to, and did a lot of good things for the community. As you read if you clicked on the link however, they will continue to focus their efforts on events. I look forward to seeing what they’ll pull out of their sleeves, now that they will no longer be concentrating their pulling efforts solely on their hairs.

And speaking of pulling on hairs, but not really, twelve or thirteen years ago I had an ex-girlfriend who inquired to a buddy of mine about what she should get me for my birthday. She was debating between some kind of early version of a digital music player and a works stand. Immediately my buddy shot back, “definitely a work stand. After you work in a shop, you never want to work on your bike while it’s leaning up against your sofa again.”

He was right on the money, and I’ve used and abused that old Park PRS-5 well beyond reason, and it never gave me a lick of trouble; 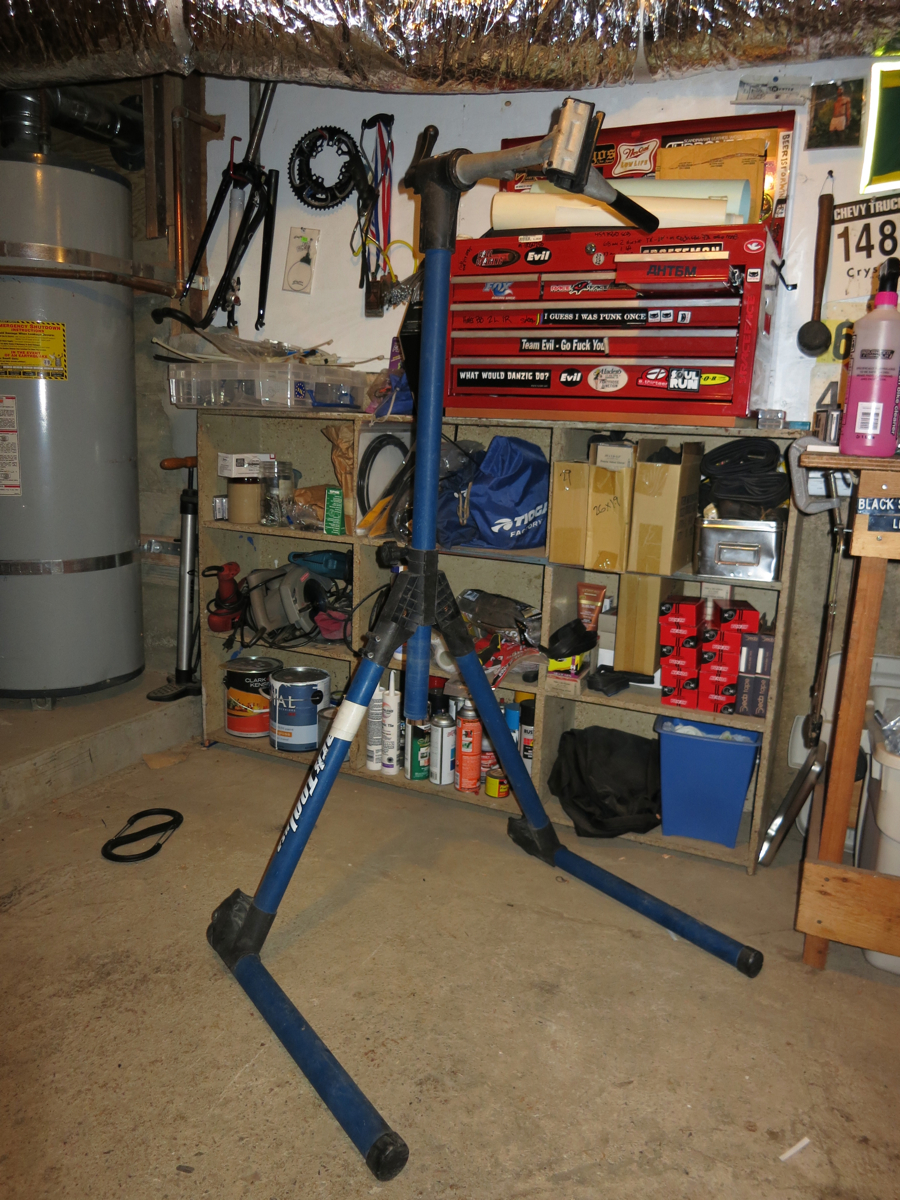 So then it made no sense that I should take Feedback Sports up on their extraordinarily generous offer of one of their Pro-Elite work stands, except for the small matter that in preliminary comparison to the Feedback Sports stand, my Park stand sucks approximately four kilos of ball. To save you from having to look at my crappy detail shots, I’ll just re-dirrect you to the link. Everything from the clamp’s action to the QRs to the way that all of the moving parts literally glide, I’m sold.

I know! A bike (and sometimes tennis ball) blogger who works on their own bikes, and thus can elaborate regarding a practical appreciation for well designed tools? Crazy, right?

Of course time will tell. My Park stand has been across the country, assisted repairs of my own personal bikes hundreds of times, helped repair dozens and dozens of high school leaguer’s bikes, and held both turds as they were polished, as well as gems as they were turded.

In all of that time, I’ve had to replace one single piece of hardware in the clamp mechanism. Check in with me in thirteen years and see if I can say the same about the Pro-Elite, but so far, I’m giddy like a school girl/boy about it.

Speaking of tools which may or may not be, but probably are awesome, Brian made contact with a project which he wanted to get a bit of traction on. Ordinarily I tend to steer clear of promoting Kickstarter projects, but this one actually looks pretty neat;

Perhaps a pun contest about my current kickstarter project… Just a thought. Anyway, I thought you might be up for checking out my invention on Kickstarter…how to get a 3-way wrench in your jersey is pretty much how it started and grew from there.

Check it out if you wanna.

I like it. I like concepts born of aggravation/necessity and if I had to fumble with my idiot multi tool one more time, the Fixit Sticks would have been my idea.

Finally in closing, Joe from Maximo Supremo residents and makers of nice rolls in which to keep your nice tools, Soulrun made the contact regarding some of his own current set of fun and games;

I know fat bikes have been around for a few years but I never really got them. I heard things like “They are only good on packed trails”, “they are heavy and suck” & “they make my ass look big”. 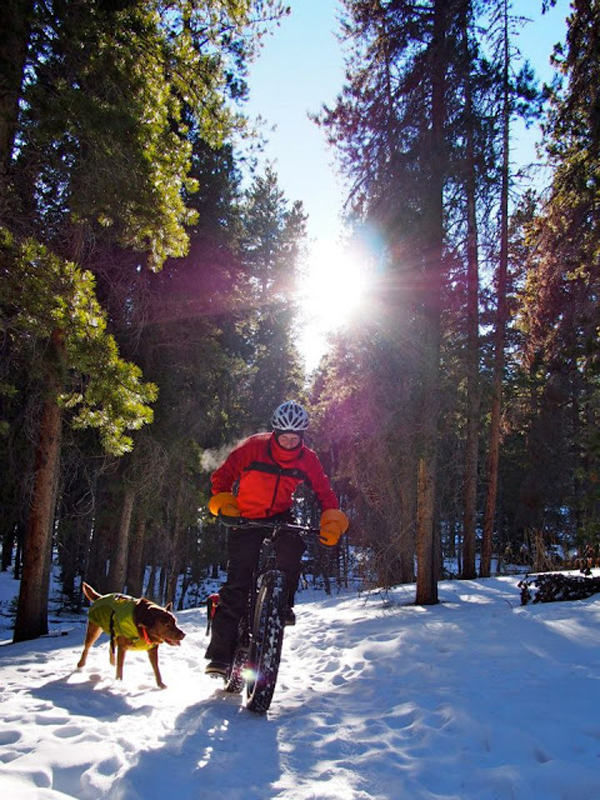 Over the holidays my local shop, being the two wheeled drug pushers they are loaned me a Surly NeckRomancer for free… The first hit is always free, right? Well now I own one.

They are awesome, riding in the snow is a blast. Sure they are heavy, but they make up for it in being amazingly fun. Plus every ride is an adventure. Oh you suffer on long climbs. But the descents are ridiculously fun. 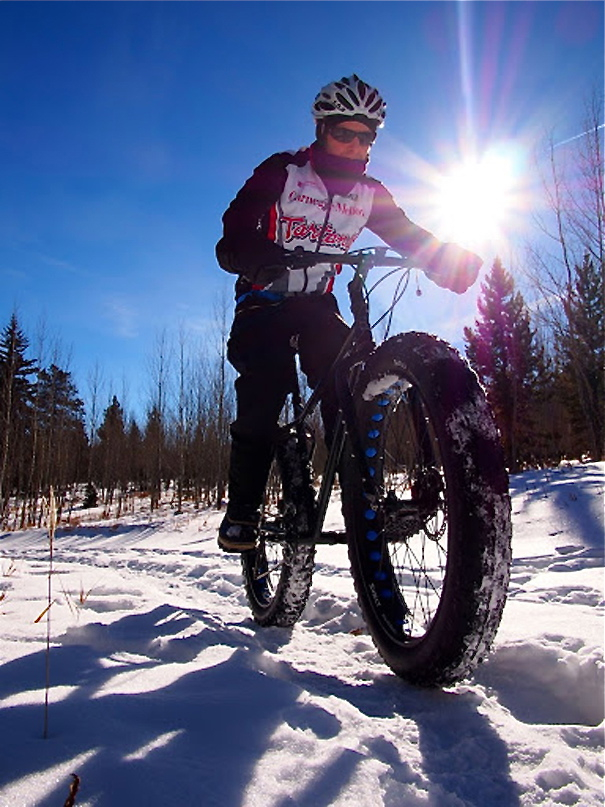 Everything I heard about fat bikes was wrong. They are awesome.

And thus Joe has proven once again that one can experience both fun and games, independantly as well as together, and never worry for a single moment about someone losing an eye.