I mean, who’s in a rush to get to eternity in the first place anyway?

I would like to thank Mr. Mitch Kline for assistance in resizing the above gif, which originally came from here, because when it comes to doing anything on a computer aside from typing with two fingers or photoshopping penises onto the foreheads of my adversaries, I’m basically equal to a monkey piloting a space shuttle; 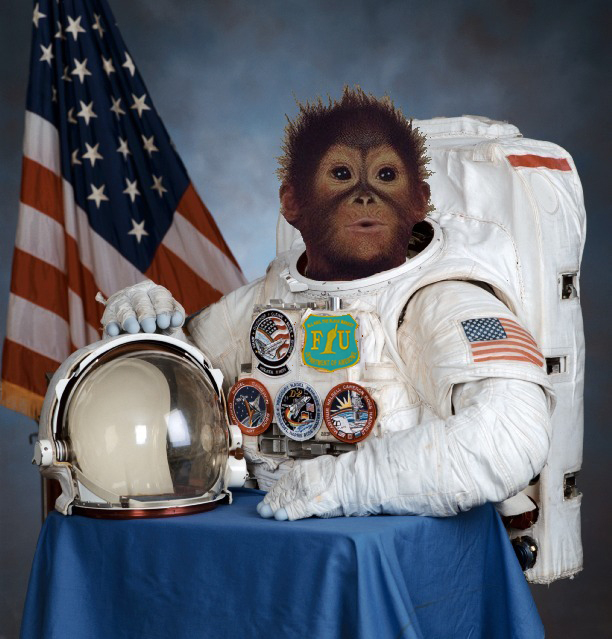 And speaking of photoshop and monkeys, you see that image up there? Clearly the only part that was photoshopped is his Awesome Department patch; But wait… You’re not familiar with the Department of Awesome you say?

It is an elite group of men, women and monkeys from across the land who aren’t afraid to get rad, or unironically drink with their pinkies out, or who when completing even the most mundane mechanical task on their bike feel compelled to shout “I AM THE BEST MECHANIC IN THE WORLD”, or to talk to random children at the coffee shop about their terrier puppy named Alfie even through their parents are looking at them like they’re a predator.

We are the creme of the crop, who aren’t afraid to tell Roy what we think of him;

All of this is to say that finally I finally have the patches back in stock, and screening for new deputies has resumed and will be ongoing.

I suppose while we’re on the topic of awesome things, I might touch on the matter of a collaboration between two severely talented fame builders, and all around very nice people, Ira Ryan and Tony Pereira, that’s going by the name Breadwinner Cycles; 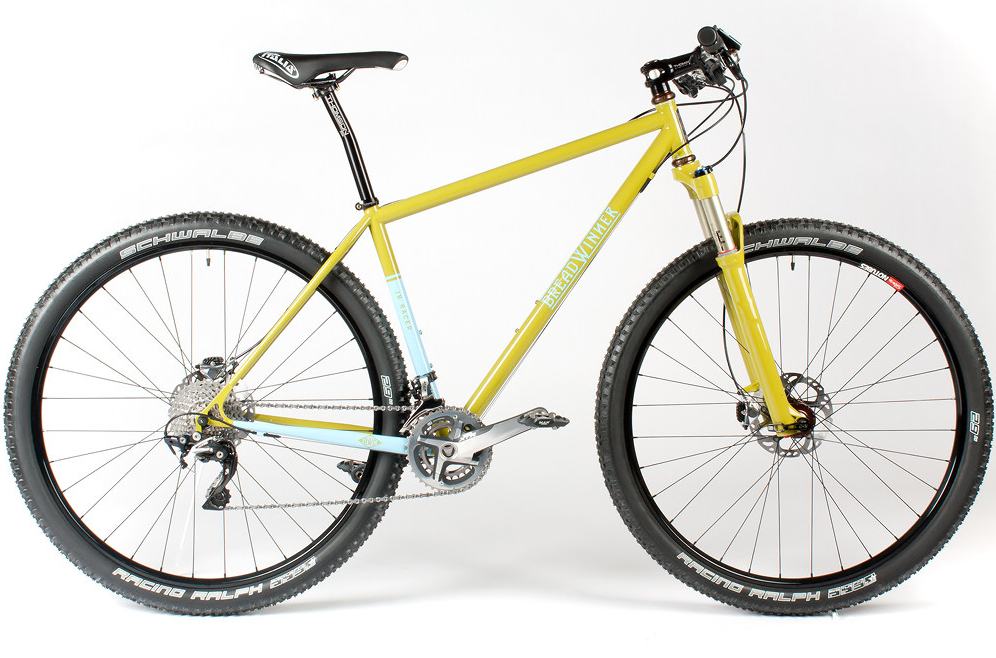 As one who has an endless appreciation for both music and bikes, I can’t help but have a soft spot for any company who combines the two in some way, like for example the Soulcraft Dirtbomb, named of course after one of my all time favorite bands.

Heck, even Soulcraft itself is named after one of my top ten picks to be played in the event of my untimely demise, as my ashes are shot out of a cannon into the side of a strip club;

So when I learned of the previously mentioned ‘Breadwinner’ imprint, I couldn’t help but wonder if either Ira or Tony were potentially hoarding the same musical accompaniments in their record collection as I have in mine;

Upon posting time of today’s effort, neither of them confirmed or denied my suspicions, leaving me up to my own devices, so in an attempt to make an ass out of at least one of the three of us, I’ll assume this to be fact. 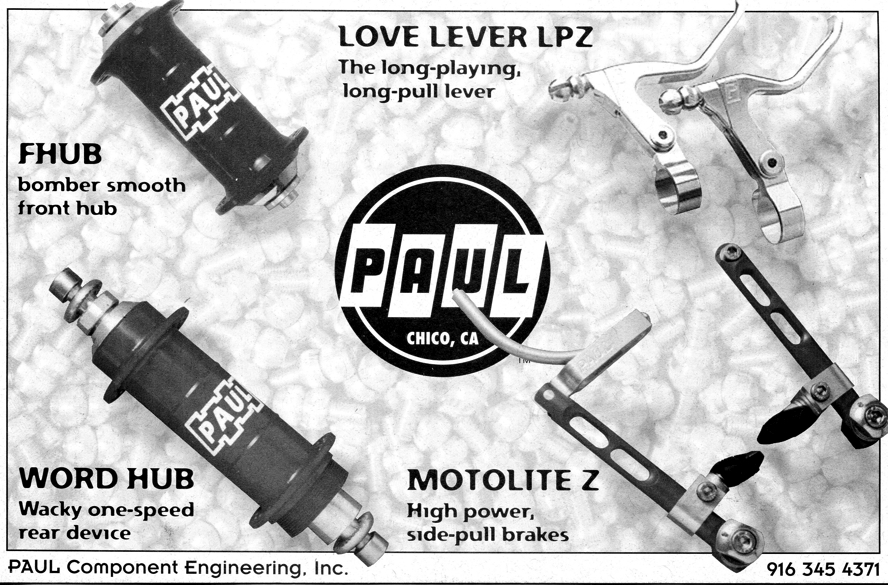 Anyway, with the continued success of the Paul MiniMotos I put on one of my other bikes, I decided to do myself a solid and procure another set for my beloved Circle A cyclocrosstyled athletic pursuiting bikecycle; 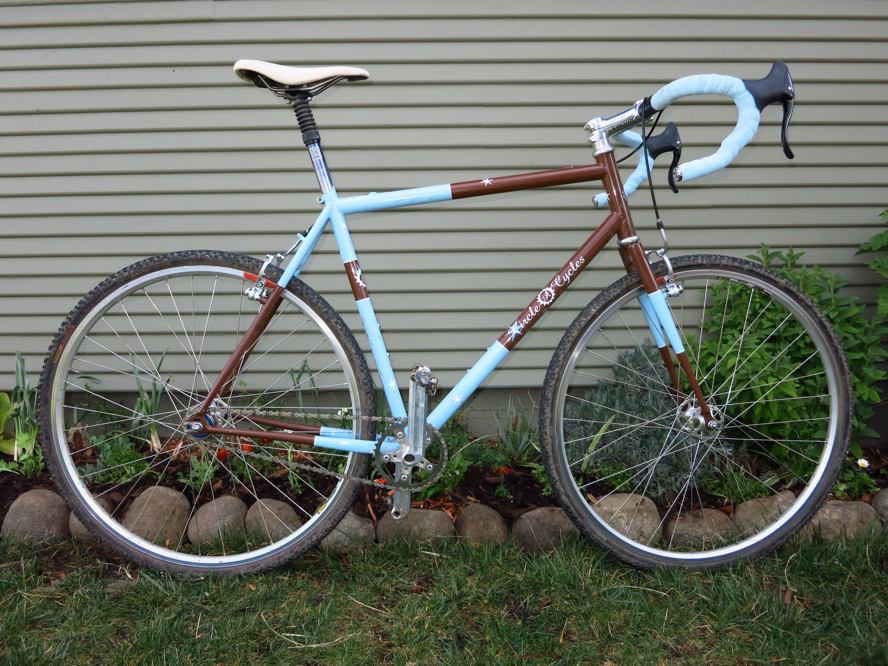 Since I first assembled this bike in 2008, I’ve gone through an array of brake combinations, first starting with some XTR cantis, and moving through my collection, never being very happy with any sets I settled upon. Because of the extra wide rims, achieving happy pad contact has been difficult at best, and mildly aggravating at worst, but after finally experimenting with the MiniMotos, I decided that was a good choice and made the investment; 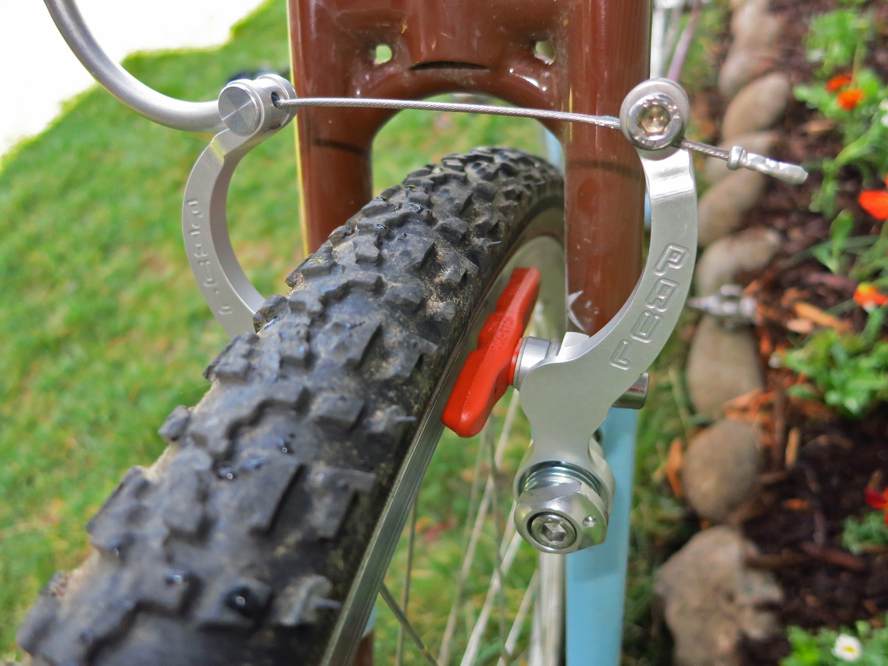 I look forward to many years of them stopping me.

Stopping me on the trail, stopping me from making questionable decisions, stopping me at the corner store for a bag of gummy bears, (which by the way, I’m kind of totally addicted to right now)… Indeed, they are really good at stopping.

Not stopping-a-horse-in-a-luxury-towncar-on-a-murderous-rampage kind of good, but close.

14 Responses to “From here to eternity with a quick detour through the park.”