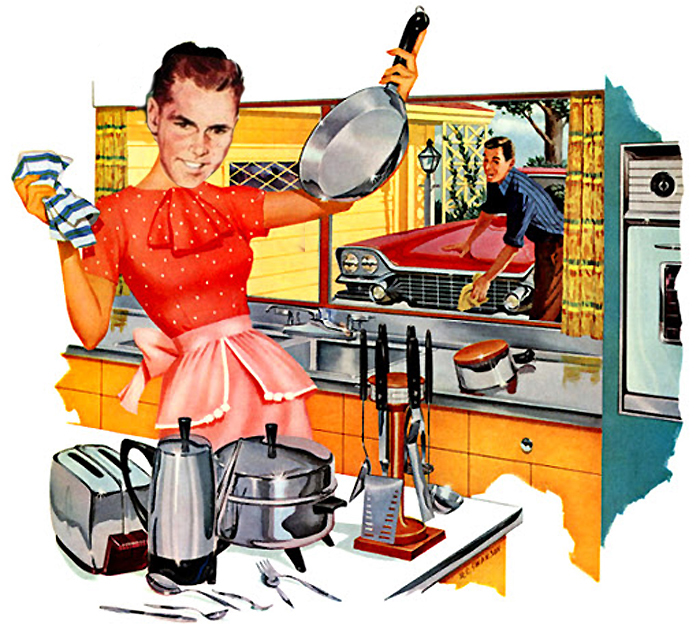 Simply by using the original image, I figured someone would inevitably call me out for propagating sexist imagery. In an effort to avoid that, I changed the couple around to illustrate one that was a bit more progressive.

So there… Suckit P.C. Police.

Hi everyone and welcome back to another installment of ‘A.H.T.B.M.’s home for broken toys and various emails that I couldn’t find a place for anywhere else‘.

Really, do you know how hard it is to seque from sucking at kayaking to things people got stuck in their butts in 2012?

I’ll tell you. It’s quite difficult, but you probably wouldn’t guess by looking around here, ’cause I make it look so easy.

With that said, I will take one more day to get out a few more correspondences from folks who thoughtfully sent them to me so that I’ll have a totally clean slate for Monday and as a result, nothing to post.

First off, I’ll offer you the following image I found just because it’s awesome; 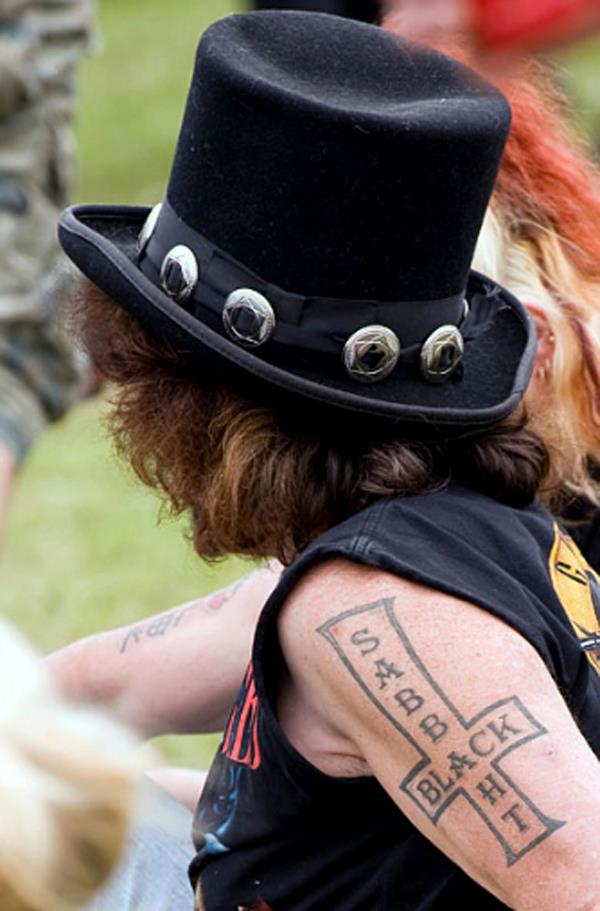 Then we’ll scoot on over here to an email from One On One Bicycle’s Eugene Paul Oberpriller (or EPO for short) regarding his shop’s new neighbors, Handsome Bicycles and a flyer for what I can only assume was a sweet grand opening party last weekend; 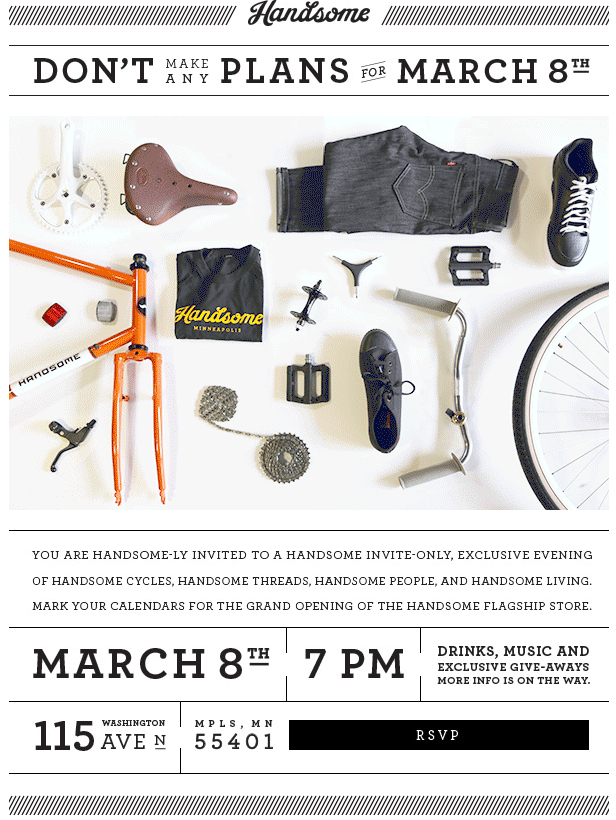 EPO is nothing if not timely with his correspondences.

Of course you are no doubt well aware of Handsome and their wares, but perhaps you didn’t know that they’ve opened a real deal boutique right in the heart of Portland East; 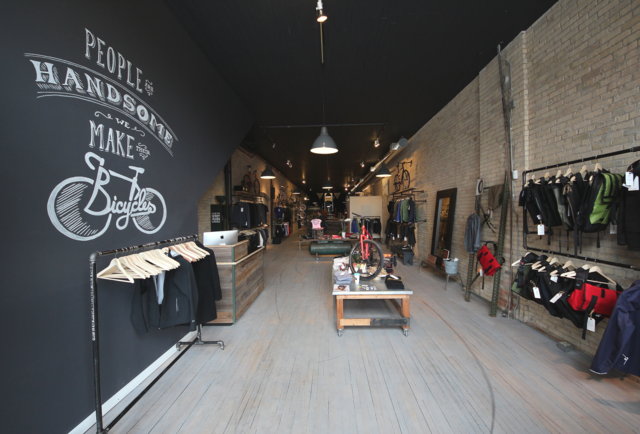 Though I would very much like to take credit for the above photo, I cannot and have to attribute it to this article that was recently posted on Thrillist(dot)com.

And as far as this article is concerned, I took due note that they have a wide array of products, as well as a selection of goods for the womens; 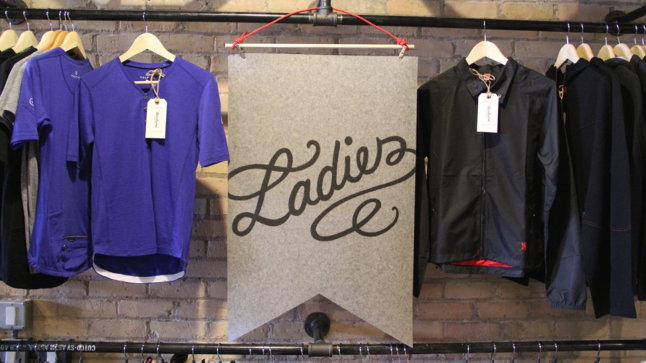 This naturally is a good direction and will give folks like my friend Jessica who the attentive among us read me the riot act regarding Giro’s New Road line a couple weeks ago on the AHTBM Facebook page.

As a matter of fact, Jessica let those thoughts ruminate a bit, then put her proverbial pen to paper and came up with an article she sent me along with an email that looked pretty much exactly like this;

“Hey, I’m that girl who flipped out a little on your Giro facebook post the other day about how being a bike-riding female kinda sucks, or at least is more difficult than being a bike-riding dudelytype. I got to thinking and I figured that while bitching and whining and moaning feels nice sometimes, it doesn’t actually matter until someone actually does something.

So I thought up some things that various people could do to make a difference as to girls and bikes and whatever and wrote them down in one spot.

Should you care to read my thoughts on the matter, here’s the link.

From my perspective, all of the ideas she expressed are very commonsensical, the bottom line of which mirrors my bike shop proprietor’s directive to simply not be a dick.

However, the older I get, the more I realize common sense isn’t so common. Please for all that is right, read Jessica’s post, and feel free to comment here, or there, or both places.

There are a gob of women in this here bicycle world, and if I had my way, (which eventually I will), there would be a gob more. While the bike industry at large is making small inroads here and there in the market, It seems as if it’s the smaller brands who are taking the leap, and as those continue to develop, the bigger brands will follow suit, which hopefully will help create a friendlier place for women, resulting in more of them on bikes, and so the cycle will go.

In the meantime, between Jessica’s head full of fire, homie Sarai’s Girl Bike Love(backslash)Cyclofemme and the like, the charge is being lead.

As a man (which I can plainly see every time I gaze upon my awesome chest of hair), I want to assist where I can, and support folks like Sarai and Jessica in their efforts to help women become a visible force, which in turn will hopefully inspire other women to get on bikes, that will in turn inspire more women to get on bikes and so on. And finally based on my many years of attending Interbike, Sea Otter (since 1997, yo), and other similar industry circle jerks, it’s obvious to me that the climate is changing. I, (like Jessica, and Sarai) would just like to see that change happen a little more rapidly, and as a man with chest hair, I can effect a positive change to express to other men (with chest hair or not) the importance of subscribing to my manifesto.

Based simply on riding with lady-types over the years, and working in a number of bike shops (both with, and catering to women), a few easy to remember rules of thumb are as follows:

1) Don’t condescend.
2) Support businesses that support women.
3) Don’t offer advice unless you’re asked for it. (Generally speaking, while riding, but if when working in a shop you obviously have to, to some degree, so when in doubt, refer to rule 1.)
4) Say hello on the road or on the trail just like you would to any other fellow you come across.
5) In a shop, on the road, or on the trail, treat women like you would like to be treated.

Like I said- it seems simple enough, but in my experience, guys are almost naturally inclined to take these simple directives, and screw them up. I understand these are blanket statements that don’t specifically address all aspects of the issue and I don’t profess to hold all of the answers. Inspired by Jessica’s perspective, I just thought I’d include my two cents.

Now that we’ve handled that, we’ll move on to an email from Jeff of Maximo Supremo residents All City Bikecycles, who got in touch with a thing he’s got cooking in his side project, Bike Jerks;

“Can you pimp this if you’ve got the chance?” 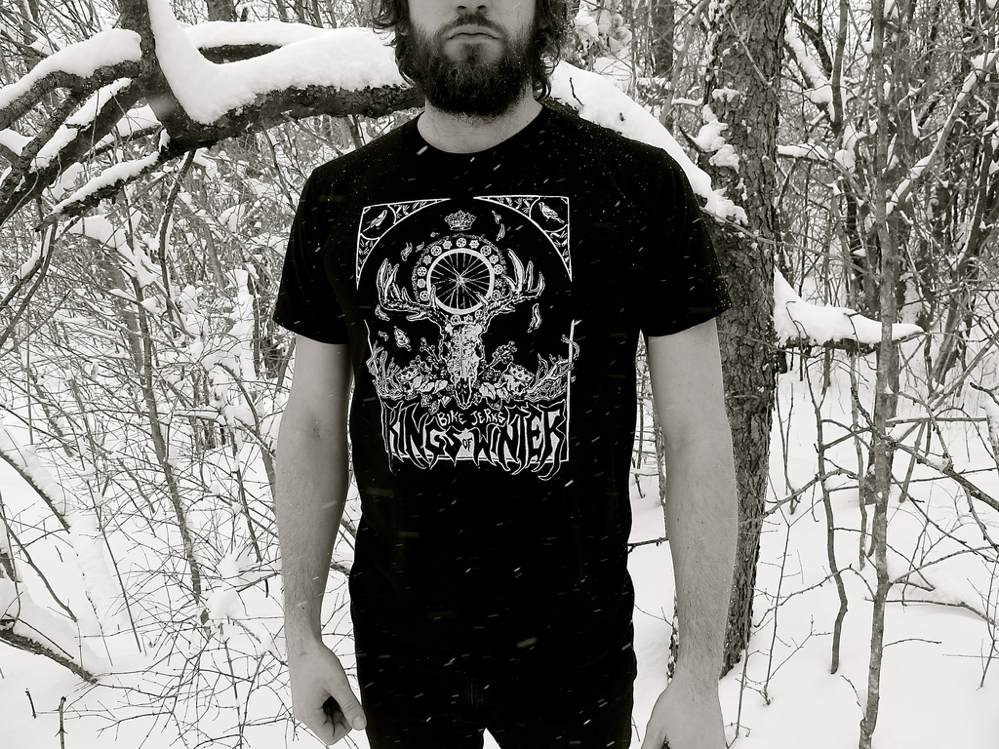 Of course I can Jeff. As a matter of fact, I think I just did.

Indeed there are a lot of goings on in Portland East, as proven by yet another installment of the upcoming Slick 50; 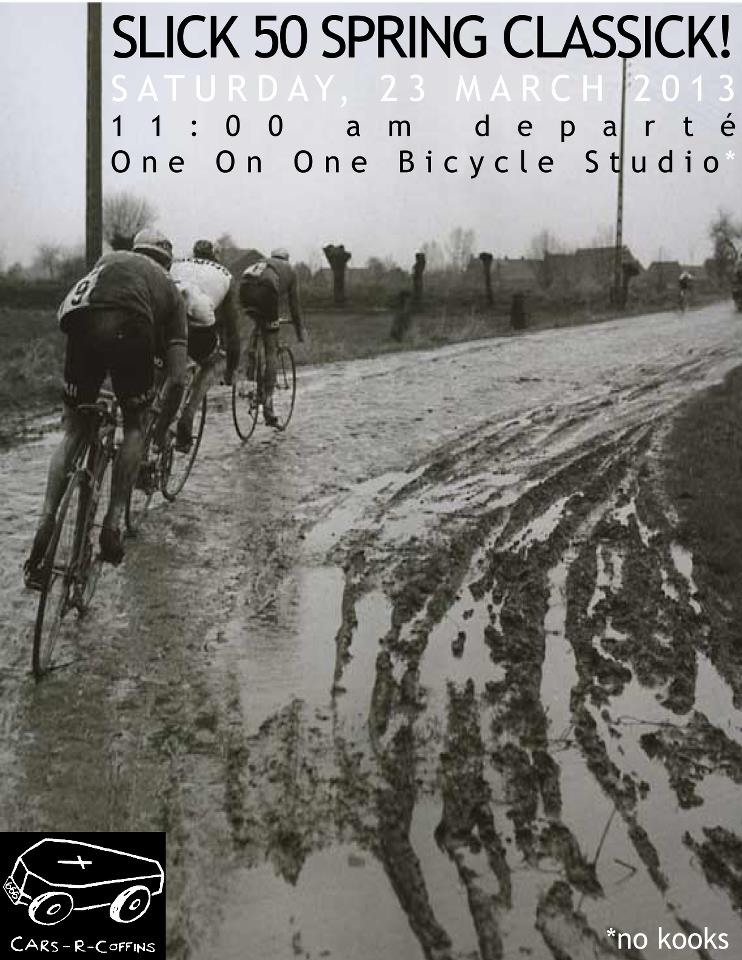 Between all of the drinking and hibernating, I don’t know where they find the time.

Then, not relating to any of that, from my old compatriot Michael I received this bit of fodder;

“Stevil-
You’re looking at the future of civilization. 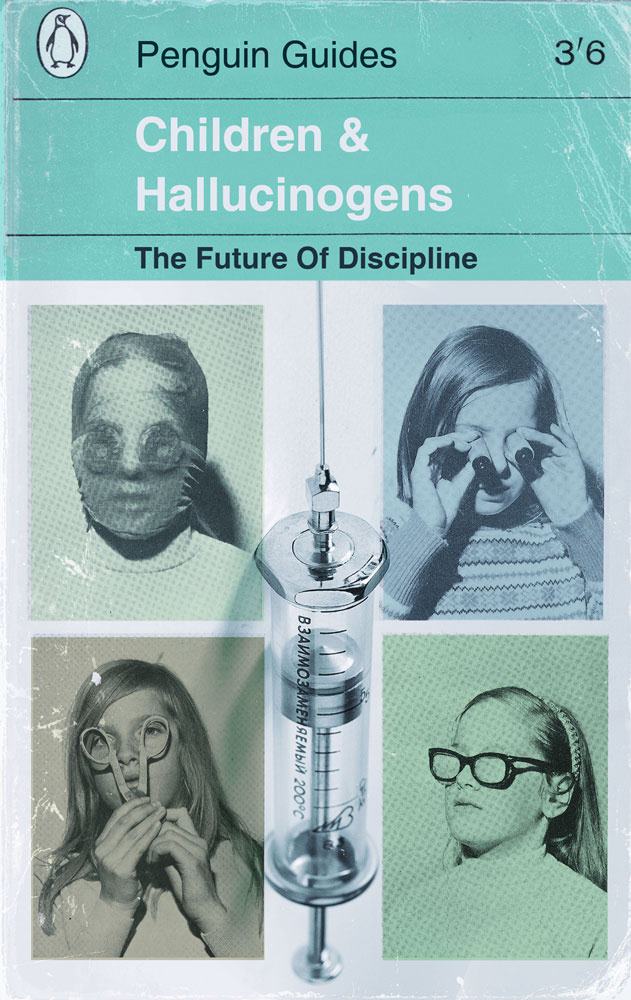 As I replied to him, if I’d known this was ‘a thing’ I would have been a far more troublesome youngster.

Lastly, in far more serious news, I was notified by Terry of Maximo Supremo residents and roasters of my own AHTBM coffee, the illustrious Doma Coffee Company that a friend named Mark Bender of the Motofish team recently suffered a catastrophic injury while on his fifteenth anniversary in Hawaii with his wife Sarah.

Being the stand up folks that the Doma family are, they’ve committed to contribute all proceeds from the sales of this blend to the Bender family.

We all need our daily fix. Why not purchase this blend from Doma, get jacked, and rest easy with the knowledge that we’re helping one of the good guys? 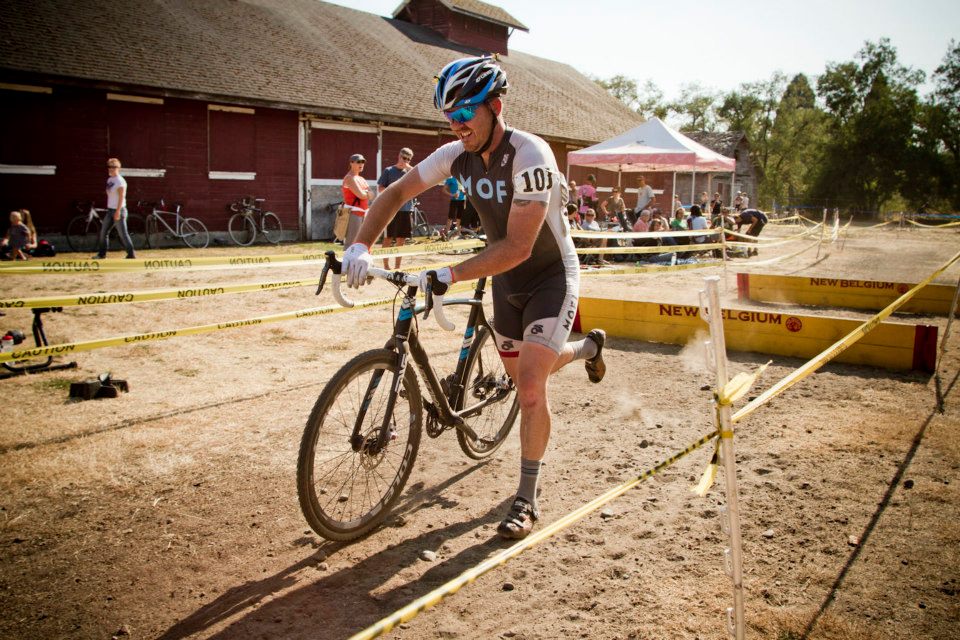 It is with that, that I have come to the end of the pile. And now if you’ll excuse me, I will return to my domestic duties and the loving embrace of my life partner.