Or, as the photo indicates, sworn. With pinkies… And a fresh manicure. 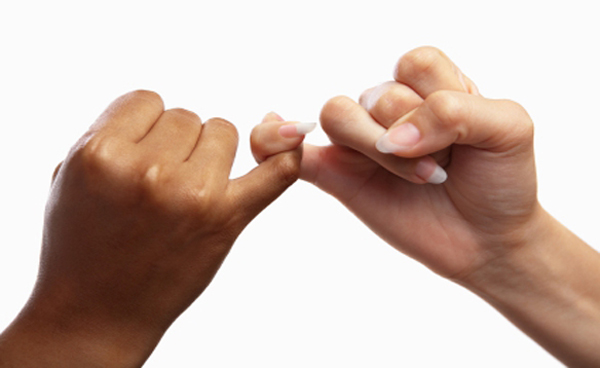 On Wednesday I pretty much totally guaranteed that today we would get into the ‘things’ portion of my list of that, and stuff. As a semi-profhessianal blogdüsh, one thing I like to stick to is my word. Unless it doesn’t benefit me in some way, in which case I’ll make quick work with a lie involving a sick grandmother I have to care for, or a rollerskating party I have to attend.

In this case however, I have neither of those things and will now make good on my pledge.

First up, between reading a ridiculous number of articles about cyclists who have been hit and abandoned, and in some cases killed, (or had Molotov cocktails thrown at them) which I’m sure ESPN’s Michael Smith is in stitches about, I caught a much needed reprieve in the form of this;

Prince (or ‘The Symbol Formerly Known As Price‘, if you prefer) is my generation’s James Brown, but without the trans-state, PCP fueled car chases and whatnot.

I do sincerely love His Purpleness.

In other news regarding music that seemingly no one knew existed, at the head of the week I found a documentary teaser about a band I previously had absolutely no notion of;

The more things change, the more they stay the same.

This got me thinking about a conversation I had with a friend about how much amazing music has existed just within my lifetime, which I will never know about. She claimed that if it was really any good, any of those bands would have been easily accessible, to which I enthusiastically exclaimed in my best English accent, “THAT’S POPPYCOCK! PURE HOGWASH, I SAY!”

Like Detroit’s ‘DEATH’, for example, or any band who just released a limited run of seven inch records and then went on to pursue their careers as line chefs or work in the basketball factory… Ooor, more contemporarily, the literally hundreds (possibly thousands?) of bands who were scooped up in the frenzied post-Nirvana record label dragnets from all over the world, who recorded, locked in a contract, and ultimately dropped, leaving them with no choice but to disband.

Finding the jewels in the rough is a past time that keeps my proverbial tanks constantly filled.

Another thing that acts as the wind beneath my wings is random shout outs that make their way into my electronic mail box, like for example a few of the following.

First up, Matt from Vermont, (not that Matt… The other one), wrote in with a plea;

I’ve found my niche in Vermont’s bike culture by leading indoor BYO bike and trainer group rides out of a basement bike-themed coffee shop. Now spring’s here and I’m kicking off kid-oriented group rides under the “Kidical Mass” moniker. I’m going to make it a big thing this summer- you know, costume rides, storytellers, picnics, bike-in movies… Then there’s roller racing, which has been going on in Burlington but it hasn’t really caught on. I got in touch with the former organizers and I put together a deal to buy up their equipment along with the A/V equipment I need.

The goal of these three projects is to get bikes in people’s faces in unconventional places and situations. (Goldsprints at an aquarium? why not? What about kids Goldsprints?) But I need some money to make it happen. If you’d pass on the link to our funding campaign to your readers that would be really great. I’m also attaching a graphic for the project, which I’m calling “Vermont Bicycles United.”;

If you know any artists who want to do a little pro-bono work with me to make this logo better, well, you can see that I need it.

So Vermontans, Vermontiers, and Vermontees, if you wanna throw some dough towards a fellow who’s busy doing good for the local community, there you go.

And artists who want to work for free (which is like, all of them), get in touch.

Then, around the same time, I got an email from Tom who had some good things to say about the AHTBM/HODALA branded Wizard Staff Arm Warmers;

Thought I’d report in with my wizard staff arm warmer review.
Wore them for my first ride the other day, and not only do they look awesome but they’re very high quality to boot!
As I was suffering on a climb I looked down at my arms read ‘Black Market, thing of fears’ and couldn’t help but smile.

They are a fine item indeed, and I was very proud to collaborate with the dirts from Hodala on them.

I have a few of every size left, and even though summer’s right around the corner, anybody and everybody still has the chance to swoop some. Photo © Dave McElwaine
-They’re certainly good enough for any mortals like ourselves.

In news regarding the future, I would like to announce that I have spent the better part of a couple weeks jockeying to find an appropriately bigger, better and badder experience for this fall’s ‘Underbike Industry Mixer©’. For those who were in attendance last year, you know it was a freak out.

Suffice to say, what I have planned for number five, (which I’m making headway on in drips and drabs), is going to make last year’s efforts look like a Sunday afternoon ice cream social.

Believe me when I say, if you’re going to Interbike this year, you’d best pack your best pair of ass shaking pants, and get-the-hell-down boots; 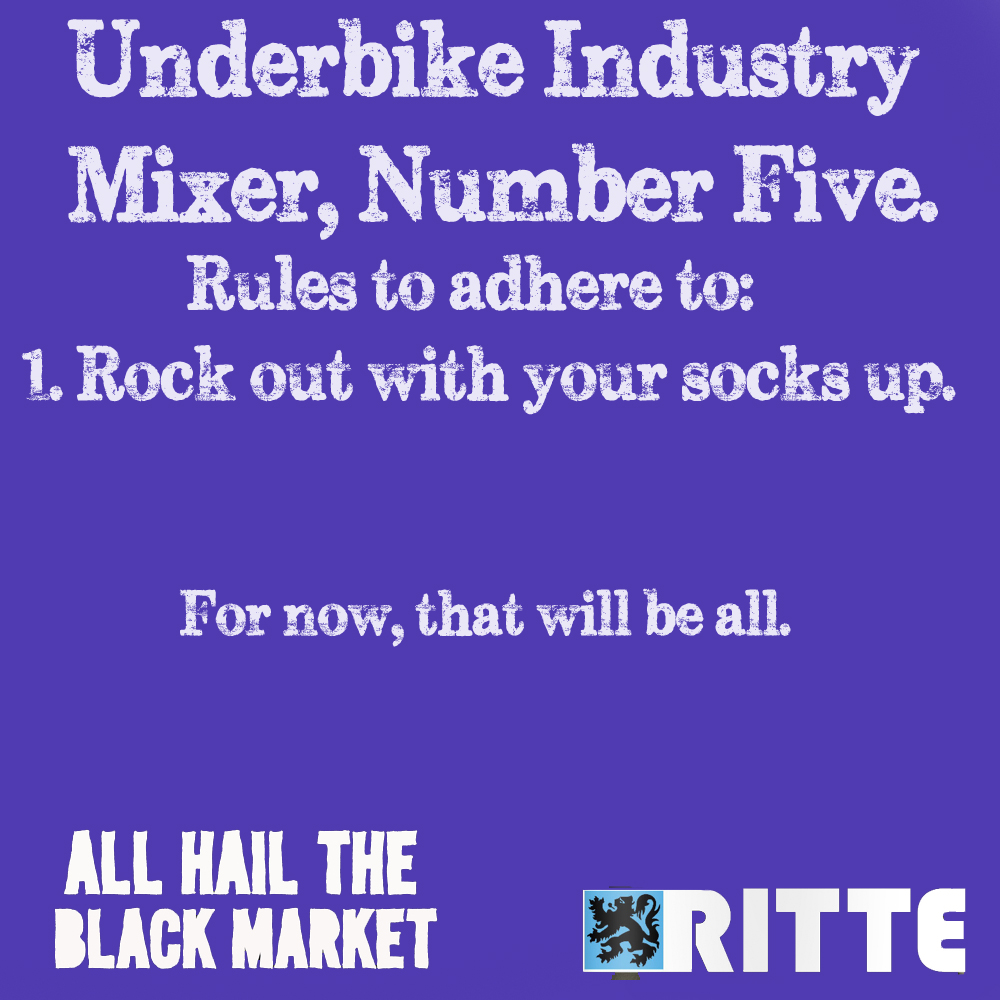 I’m already bringing it up now, so you know it’s going to be awesome.

And the only reason I’m getting such a huge head start on it is to allow myself months of time during which my first five attempts at organizing a plan will catastrophically crash and burn, leaving me repeatedly scrambling back to the drawing board.

Finally in an email from Andy of Australia’s Fyxomatosis, I got a heads up about the hugely popular Melburn Roobaix; 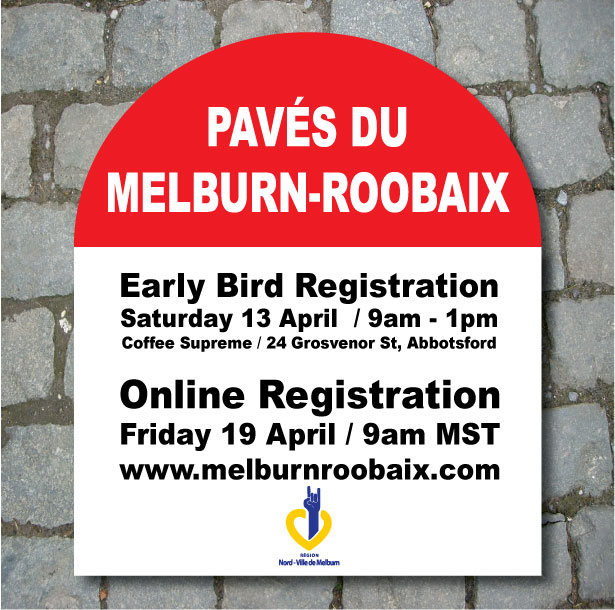 Though I’ve been invited plenty of times, I’ve never made my way there for the event, which is a shame, but when you are completely Agoraphobic, Xenophobic and Hodophobic, getting out of your house proves to be a challenge.

For those less emotionally balled up however, the Roobaix has repeatedly proven itself to be the must-attend event in all the Commonwealth; 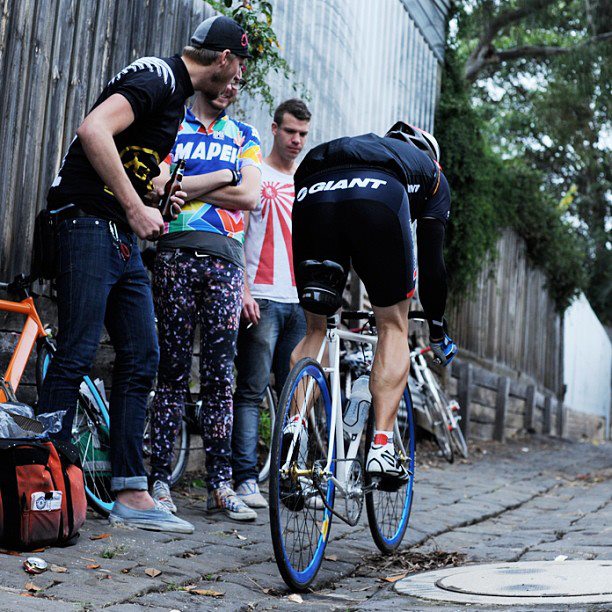 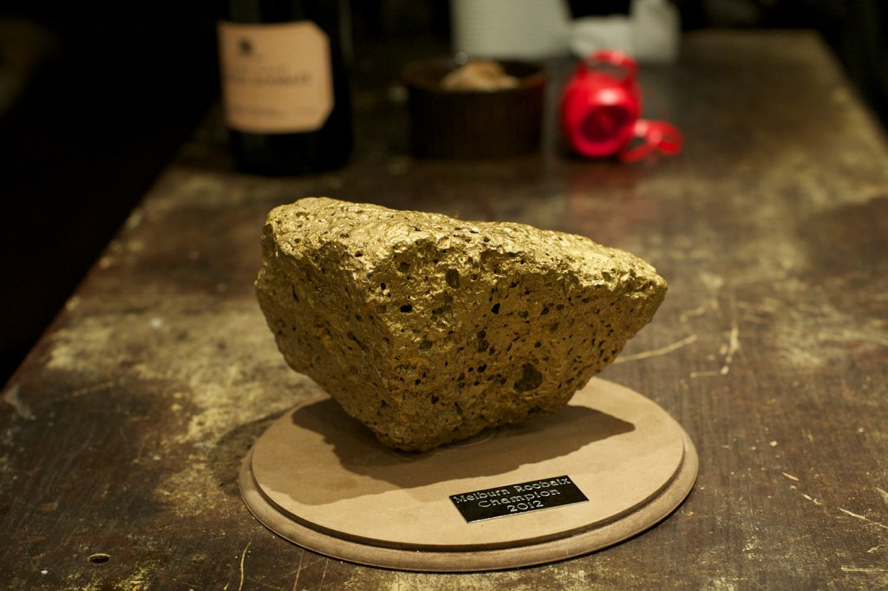 Speaking of which, the Melburn Roobaix’s inspiration, and my favorite of The Spring Classics is this weekend and I’m looking quite forward to sitting on my ass and watching it in its entirety as Phil and Paul ramble on about sandwiches.

It’s my sincere hope that I won’t be alone in that activity, and my guilt of not being on a bicycle for the duration of the race will only be quelled by the knowledge that my compatriots that are the Black Market readership will be doing the same.

It is with that, that I bid you farewell until Monday. Unless I win the Lottery, in which case you’ll never hear from me again.

10 Responses to “As promised.”