Just a couple of bros, hanging out playing with ranch dressing. No big whoop.

Hello there live lovers, brothers, mothers of others and random smotherers. Today is Friday, and I’m here to tell you that I have a new lease on life. As many of you might know, for years I’ve been plagued with chronic wrist issues, (exclusive to my left hand, but last summer, it spontaneously started with my right.) To aid in partial alleviation of said issues, I started training at a gym under the direction of a team of people who specialize in sports injury. After three months of that, I found the final piece to the puzzle in the form of this guy. I heard of him through the gym who in turn heard of him through a local lacrosse team, who’d given him the nickname of ‘The Wizard’.

I was sold before I even laid eyes on the man, and by the grace of Dog was able to secure an appointment with him at his San Francisco office this past Wednesday. Among other things, he told me my wrists are in worse shape than those of his clients who are MMA fighters, which immediately prompted the inquiry regarding if he could fix me or not. “We’ll see, but I’m not terribly concerned” he said. For the next hour he worked on me, breaking up the calcium in my joints and stretching the tendons.

“On a scale of one through ten” he started, “one being a gentle massage, and ten being you falling off the table and trying to take a swing at me, we’re going to be holding at a steady eight today.”

As the pained grimace spread across my face and beads of sweat formed upon my everything, he did his worst. Coupled with this, he worked on connective tissue as I underwent a procedure involving Frequency Specific Microcurrant which if I understand correctly, prompts healing in/on a rapid and cellular level. “Thirty minutes of this is equal to four hours of deep tissue massage” he said. (I think… I was so blown out at this point, I barely remember leaving his office.)

When I finally arrived home, I was experiencing the worst hangover I’ve ever had, but after gallons of water and a full night’s sleep, I felt ten times better. The fact that Robert is also an avid cyclist with a complex understanding as to just why I’m in the condition that I am is the icing on the cherry on the cake.

If you are in or around the Bay Area and want to be in top physical form for anything from this coming season, to Tuesday, April the 16th (which is National High Five day), I encourage you to make contact.

It might be too early to make such a declaration, but I’m pretty sure The Wizard just saved my life.

But enough about that. Let’s get onto matters that matter to the masses.

Show me somebody who says Fugazi isn’t one of the greatest rock and roll bands of the last thirty years, and I’ll show you someone who’s super into Creed;

In news of politicians and their break-neck race to destroy the planet, some suits in Kansas have just done the mind blowing by introducing a bill that would outlaw sustainability.

I had to read that article three times, after which I would rub my eyes and make a squeaking sound to make sure I just read what I thought I did.

With one fell swoop, Kansas just won the race to be the most shit-headed in the union.

Someone who is the opposite of shit-headed (which just inspired a t-shirt design); 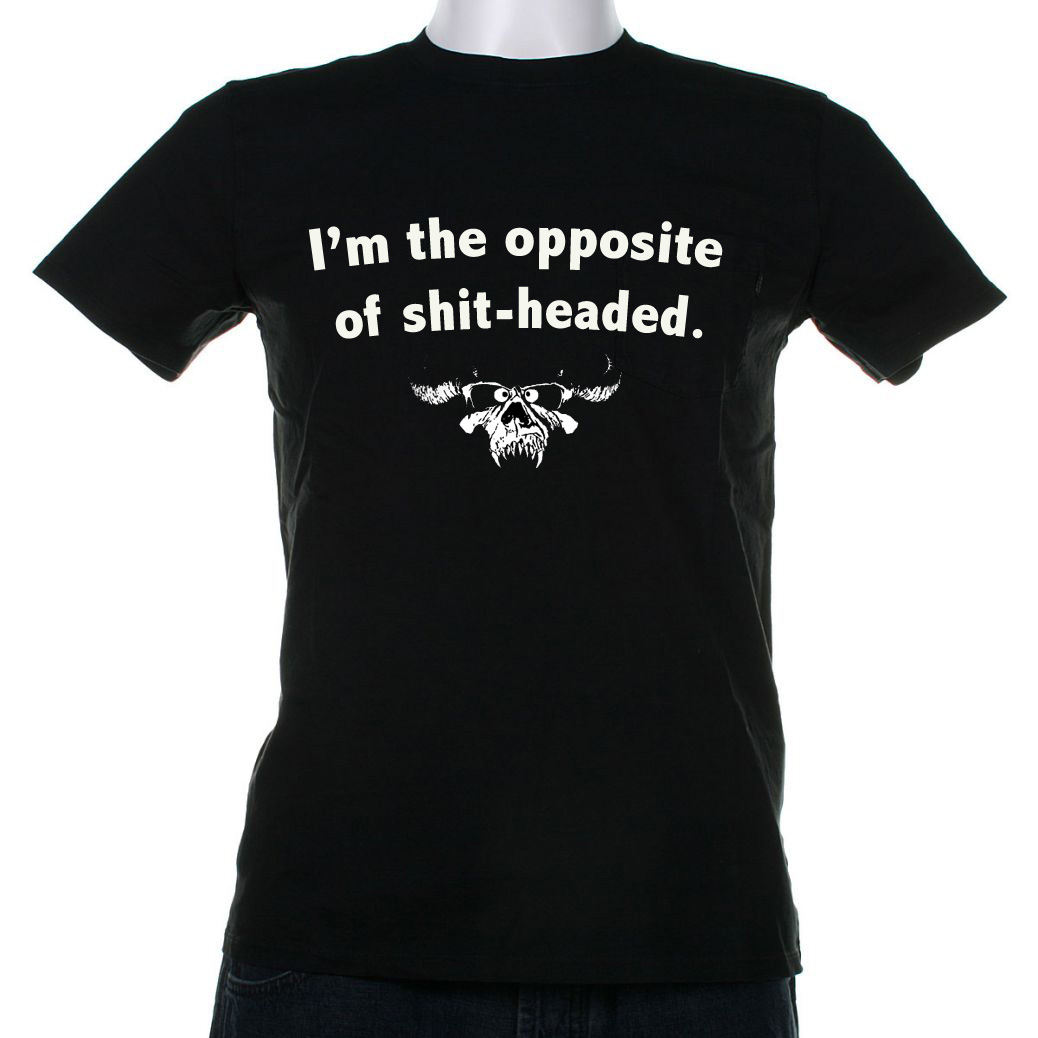 -Is big Daddy Crandall of FBM Bikecycle Corporation who came through with the following;

Here is the video with that song you liked…

I do like that song, and after expressing my appreciation for the band (seriously, their cover of ‘Suffragette City’ is one for the ages), JoshRVA did me the super solid of sending me a copy of the test pressing of their record as well as a burned CD, at which point my house got 48% louder.

Following that correspondence, I got an array of other gems in the inbox which I will begin to spread around liberally like so-

From Max of The Stomparillaz I got this;

This made me think of ‘How To Avoid The Bummer Life’.
Closing day in Telluride, I see this orange hat in the snow behind a bench, turns out it belongs to this guy; 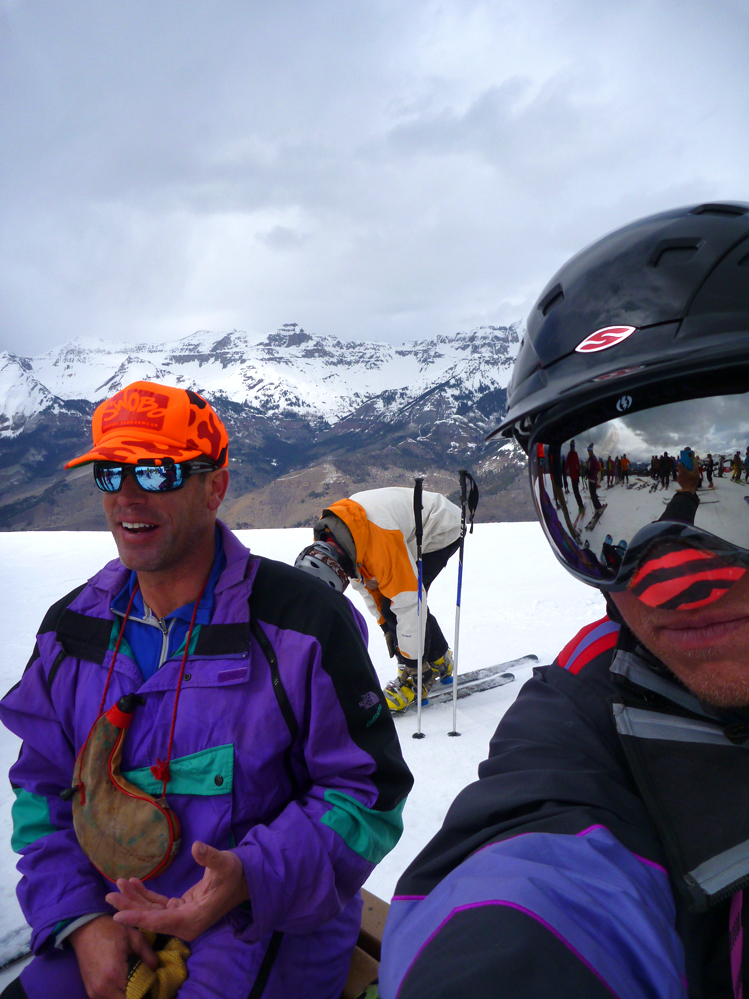 Anyhow, as you can tell, I require much more protection for the kind of stomping I do.

That right there is an original issue Swobo hunter’s cap, which now days are just shy of impossible to find.

Clearly Max’s new compatriot knows volumes about avoiding a bummer life, not the least of which is to wear a Boda bag.

Another one who is adept at avoiding the aforementioned Bummer Life® is Devin, who sent an email that looked like this;

“Hey if you can squeeze this in to Fridays manifesto that would be awesome; 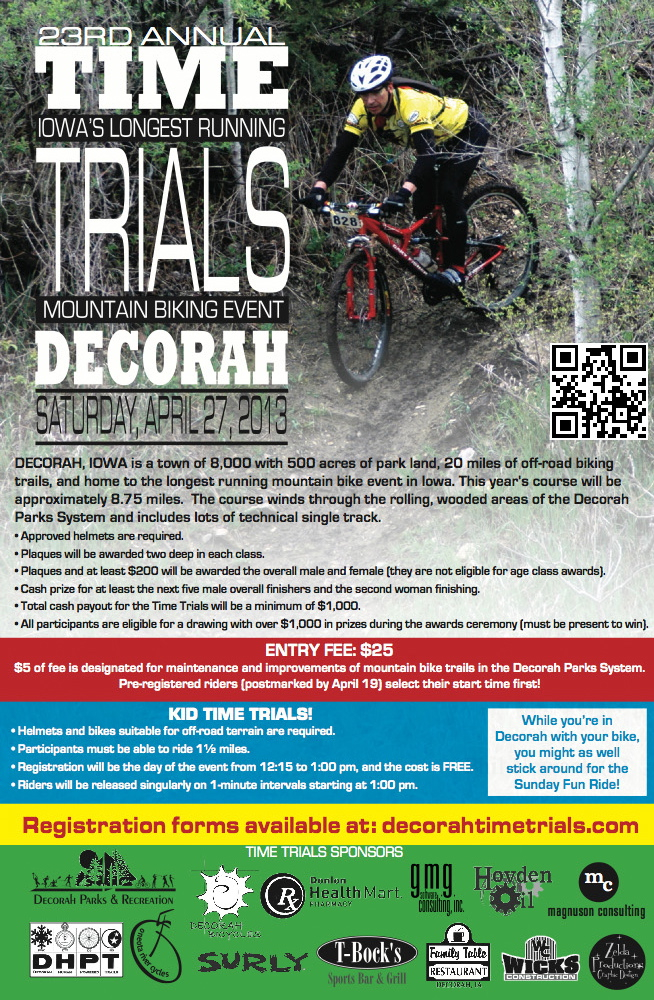 They put on a good show and this here race in Decorah has been going on for 20+ years…..
It wont be UCI or USAC sanctioned but the turn out will be good… The freaks come out of the woodwork… Ran in to these guys last year…

For those who clicked on the ‘these guys’ link, that’s North Cal. Expatriates, Bill and Abbie Durkee, the latter of which is the power house behind My Alibi(dot)com. My Alibi makes fine wares for the ladies, nearly none of which are pink and/or flowery.

Quality goods but wholly decent people. How can you beat it?

Finally in closing, and on the topic of womens on the bikecycles (which I have completely given up on trying to deter), currently my house is not only 48% louder, but 100% faster with the arrival of these two; 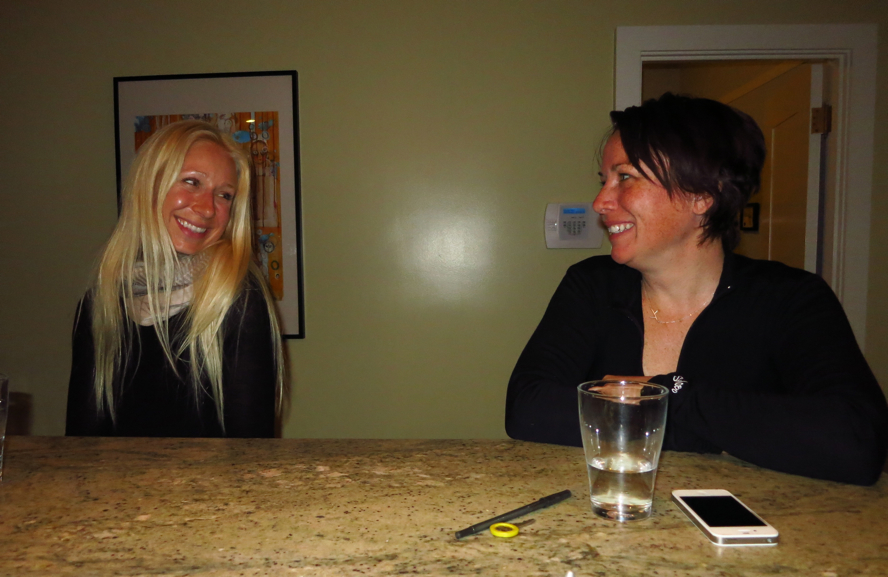 -who along along with Demonika and one other of the Girl Bike Love team, plan on destroying all comers in this weekend’s Rapha Prestige Race in San Francisco.

With a house full of this much badassness, I will now adjourn to the basement, my tail tucked tightly between my legs, cloaked in nothing but dashed dreams and a full bottle of ranch dressing with which to drown my sorrows.