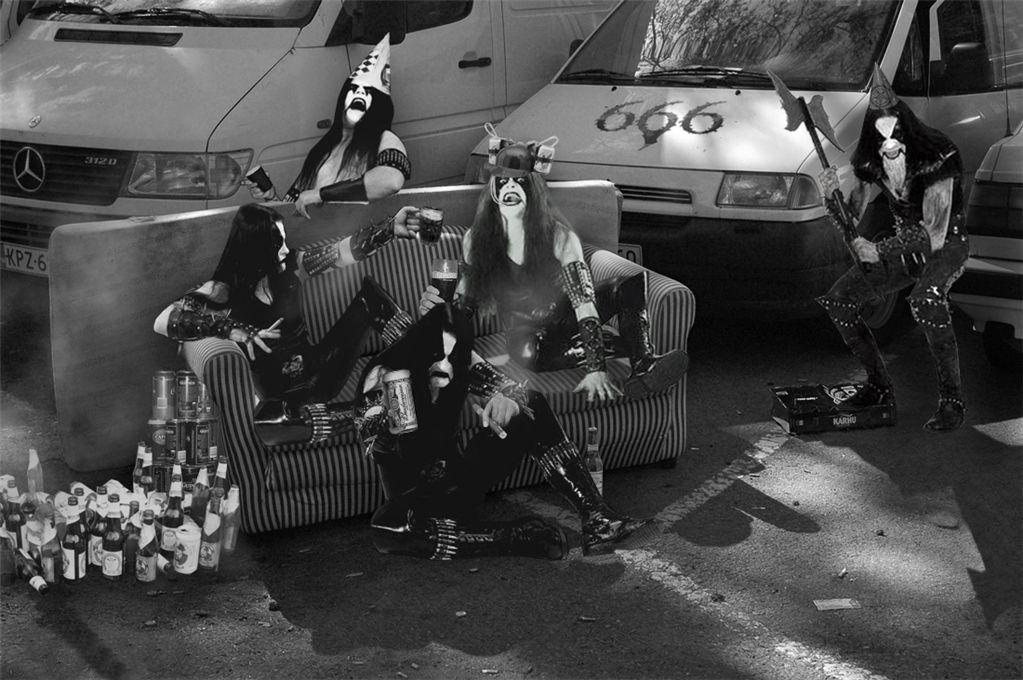 Before we get into anything, I would like to make two announcements regarding the aforementioned ritual of ‘making party’. The first being from Swobo, and for any who reside in the company’s new home of Colorado. It seems as though on the eighteenth of this month, they are having a bit of an un-veil, general bar warming and open house thing; Truth be told, I’m not totally sure what the point of this event is, but just the same, I will be making the trek back to my home state for the event, and if you would like to come by, slap hands, drink drinks, or just stand in the corner and sulk, then you should save the date.

It is my sincere hope that the woman in the above image will be there and as I begin to say hello to her, she will simply make a ‘shhhh’ gesture, and walk away from me.

The second of the two party related announcements is that after much procrastination, and like, three attempted phone calls, I’ve decided to bring a brand new partner into the fold for my still-several-months-away Underbike Industry Mixer®.

For those who might recall the first year, it was Soulcraft Bikecycles and me. Then the following year I opted to include Ritte Van Vlaanderen in the fun, if only to have at least one partner in the festivities who can properly wear a shirt that’s been rocker slotted and fringed; 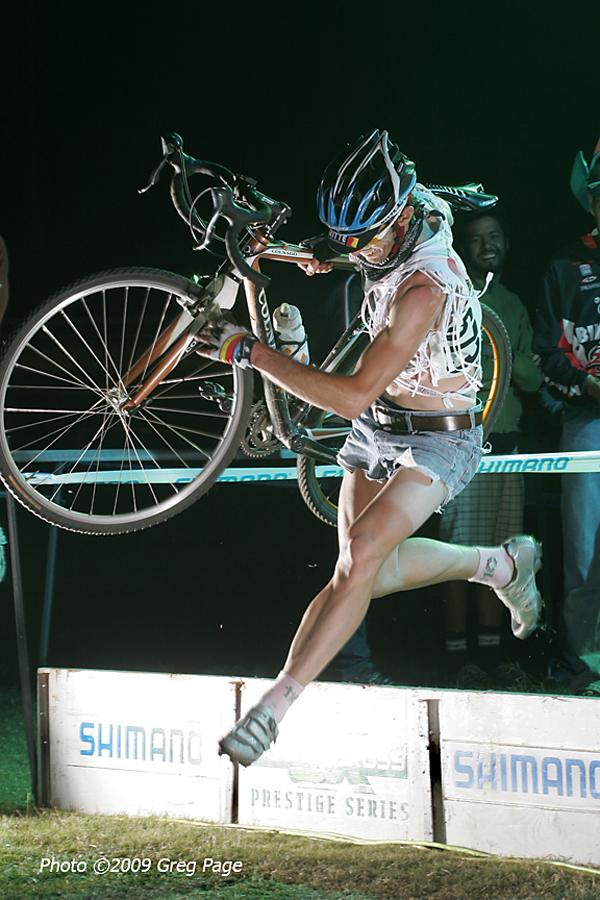 I think the third year was when I brought Paved Magazine into the mix, which ended up souring just before last year, because despite the fact that I currently, and have since the magazine’s inception, written for them, they ended up backing out because they didn’t think their advertisers would understand them being involved in an event with entities who were ‘unrelated to the magazine‘. So in light of that total weirdness, I replaced Paved with Swobo, and we all lived happily ever after.

So back to those attempted phone calls I mentioned earlier- Long time friends and tried and true supporters of the AHTBM project, Paul Component Engineering Nice Parts Since 1989 have taken their place along side Lanolin and myself as this year’s hosts; 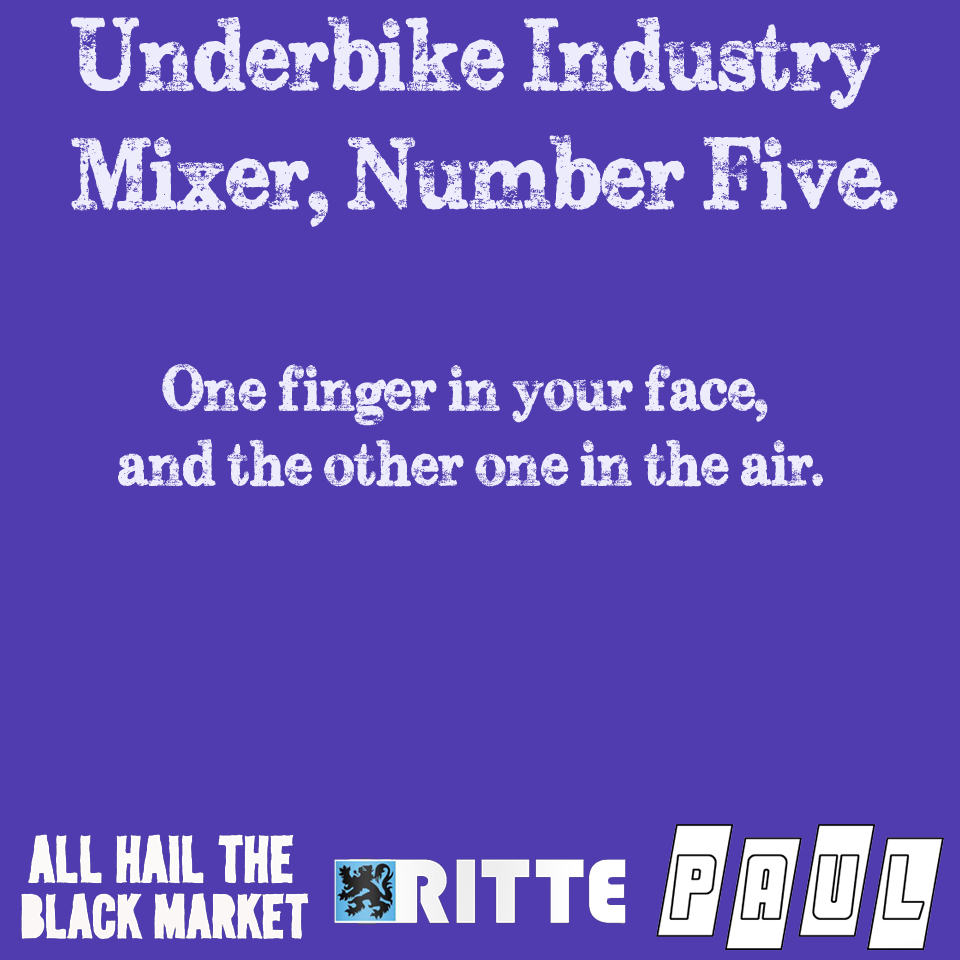 I won’t spill the beans as to what we have in store, but if I do say so myself, we’re on track for the fifth to be the best ever.

As always, it will be occurring on the Thursday of Interbike, which this year happens to be the 19th, so go ahead and pull out your organizer and jot that shiz down.

Another noteworthy event I’ll clue you in on is one that I’ve been notified of by Maximo Supremo residents Minneapolis West Design Works’ own DPOW! regarding an excuse to dig in the dirt;

I would be greatly obliged if you could pump our trail work day one more time to your gang of n’er do wells before Saturday; I’ve heard from the local Trek rep that there will also be a Trek demo going on a the same time on some of the existing trails so it would be possible to roll out to Sandy Ridge and build new trail in the morning, and then shred on a new bike in the afternoon. Sounds like a decent Saturday.

You live in or near Minneapolis West and you’ve never been to Sandy Ridge you say? As hard as that is for me to believe, I suppose stranger things have happened. What better way to get your feet wet than to go pay some sweat equity and then enjoy the sweet, sweet fruits of your labor?

Why, lookie here. If it isn’t DPow! himself doing just that; 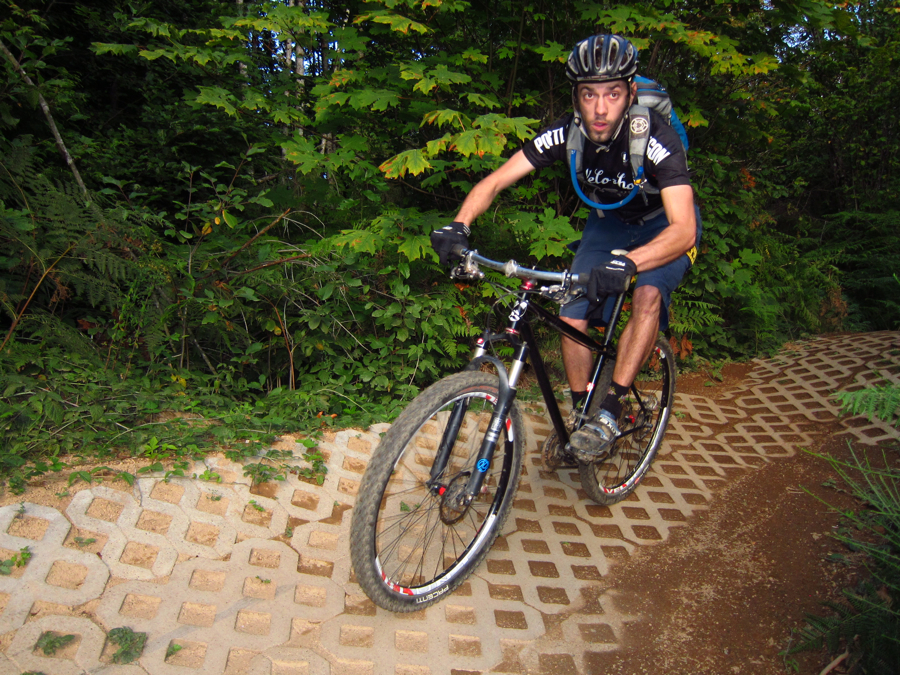 “Look where you’re going, not where you are.”

In closing, I got word from my old friend, and former compatriot at both Swobo as well as Santa Cruz Bicycles, KB (or as some might know him, 6’7″, pictured here in happier times), that he recently ran head first into a whole lot of bad living;

“Next time yer driving on a blind corner, and some inconsiderate driver slows in front of you, simply do as the driver did whose windshield I pierced with my face last weekend, and go around them into oncoming traffic! 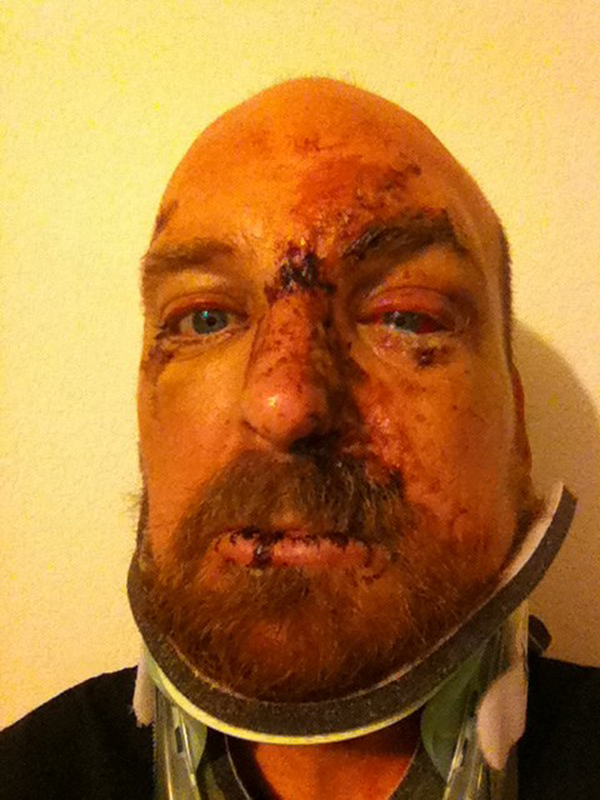 Another traffic time saver sponsored by by The Never Ending Compulsive Race to Oblovion.

It seems as though simply due to the impatience of the offending driver, KB suffered a broken nose, orbital fractures in his face and broken vertebrae in his neck. His riding partner, Todd from Black Cat Bikes also got wrecked in the event and emerged with a broken hip.

As Mr. Blacksocks said in a phone conversation following the ‘accident’, “Man.. I don’t know. Riding bikes… It’s like fucking warfare. Laying in a ditch while looking at your friend unconscious in the road, not knowing if they were dead.”

It’s yet another reminder that while the riding of bikecycles is our own party, to which any and all are invited, without warning, even the most experienced of our ilk are subject to crashers, none of whom are ever welcome to attend.

6 Responses to “Because only crazy people don’t like to party.”