(The food that was previously just in your stomach.) 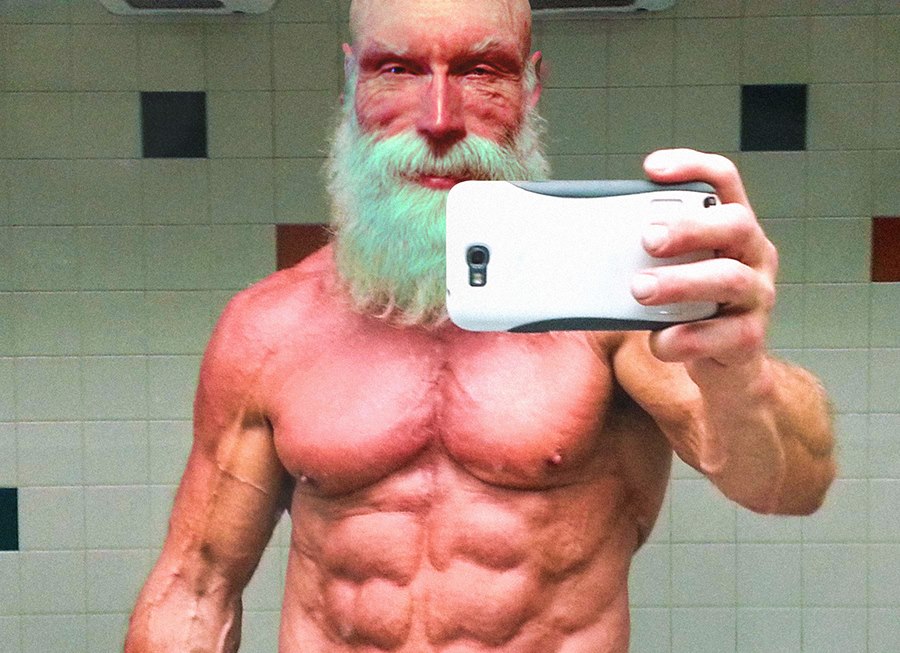 His mouth says hello, but his eyes say he’d eat you alive.

I’ve gotten a lot of milage out of the above image these last few days. I’ve texted it to friends, emailed it to strangers, and set it as my desk top image if only for the simple fact that we all can only hope to ever be this creepy. And awesome. But mostly creepy.

And speaking of mostly the awesome part, but probably not depending on your maturity level, as I was scanning about the internet this weekend, I came across the website for the following product; 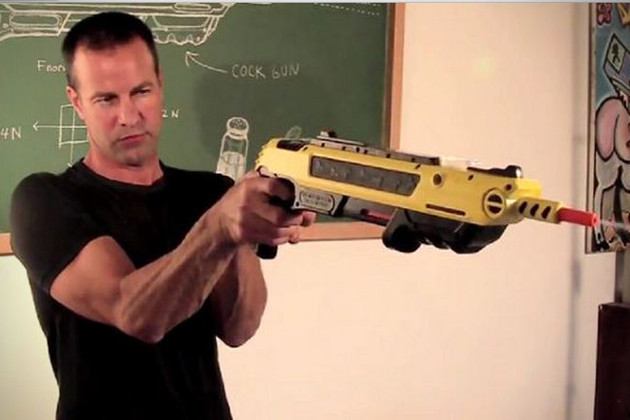 Andrew, the person who inadvertently turned me on to this marvel of modern engineering had this to say about it;

“I left my porch door open, I have been sitting on my couch shooting unsuspecting flys. It’s basically poor man’s duck hunting. I strongly suggest it.”

And with that bit of information, I find that I literally will never leave my house again.

In news relating to sadness and madness, a friend from around the way named Starr was recently driving cross country from her old home of Boston, to her new home of Minneapolis West, when she pulled into Billings, Montana for a rest. When she woke up, someone, (I assume a local tweaker) had liberated her bicycles for her. I’d been notified about this by both Roger and Matt, so for folks who might have a keen eye on the area, here’s the skinny;

“Hi Stevil,
One of the NECX familia just had her bikes stolen during her relocation to Portland. Starr Walker was in transit, going through Billings, Montana when she had her bikes stolen from the back of her car, where they were securely locked up. The Surly is pretty unique, should be easy to spot. Check this out for the details.

I know that your reach is a lengthy one, & maybe one of the AHTBM crew in Montana has seen, heard or felt a disturbance in the force. I know if it were me, I would hope that an army of bike friends I have yet to meet would repost this everywhere to aid in the recovery effort. If you could post it on your blog, I know she would be grateful.

One of Starr’s bikes was a black and grey 2011 Trek Fuel EX 8, and one was a green Surly 1×1, but you know that because you clicked on the image link and drank up every last detail.

I don’t know Starr personally, nor have I ever laid raw eyeballs on her, but I sent her a Valentine’s postcard to her a year and a half ago, and that in itself is like going through war with someone. She strikes me as one of the good ones, so for the (according to my analytics) eight people who read this site that reside in the Billings area, please to keep your ears to the ground and help get her babies home.

Certainly something that we can all agree upon is that bike thieves are certainly the lowest form of scum after politicians, murderers, child molesters, rapists, and bloggers and it’s up to all of us to help stomp them out of existence.

So with that, let’s move on, shall we?

In news of upcoming events, Paul from Atomic Cycles has a brand new Choppercabras throw down in the works, set to happen towards the end of the month; 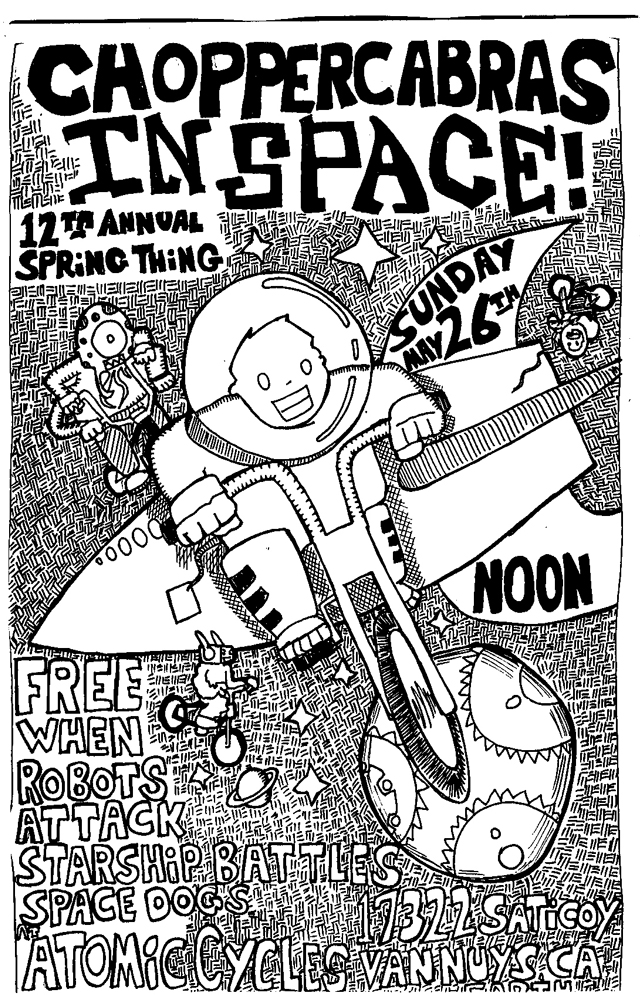 Now that spring has officially sprung, there are lots of fun things set to kick off, and as we get into summer, even more will be occurring.

By all means, if you dear reader(s) are organizing some such nonsense of your own, let me know about it, or at the very least, send me a flyer for my ever growing collection.

When I was a kid, I had a fair collection of punk rock flyers, some of which I’d collected from around Colorado’s Front Range, some of which I scored while traveling, and the rest I had gotten through the classifieds in the back of Flipside magazine, of which I believe this was the first issue I ever owned; 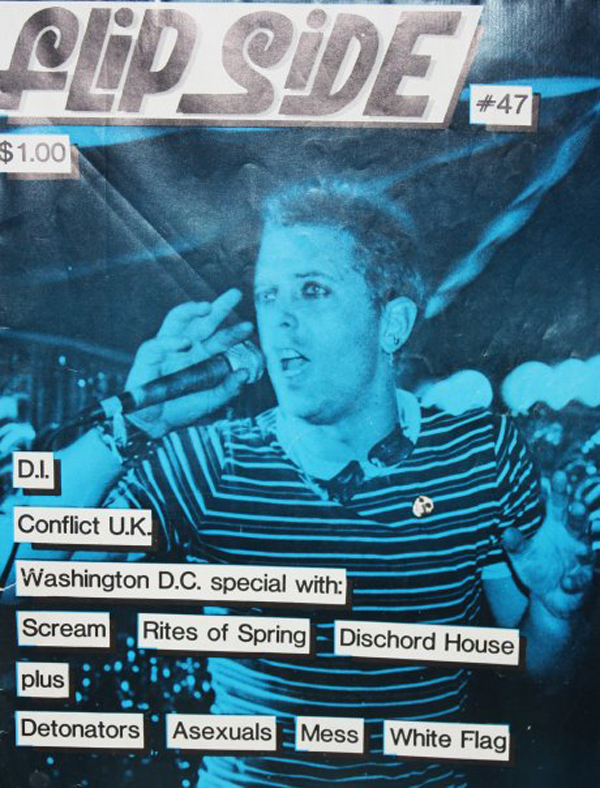 If I’m not dating myself with that bit of info, I’m not sure how I can. 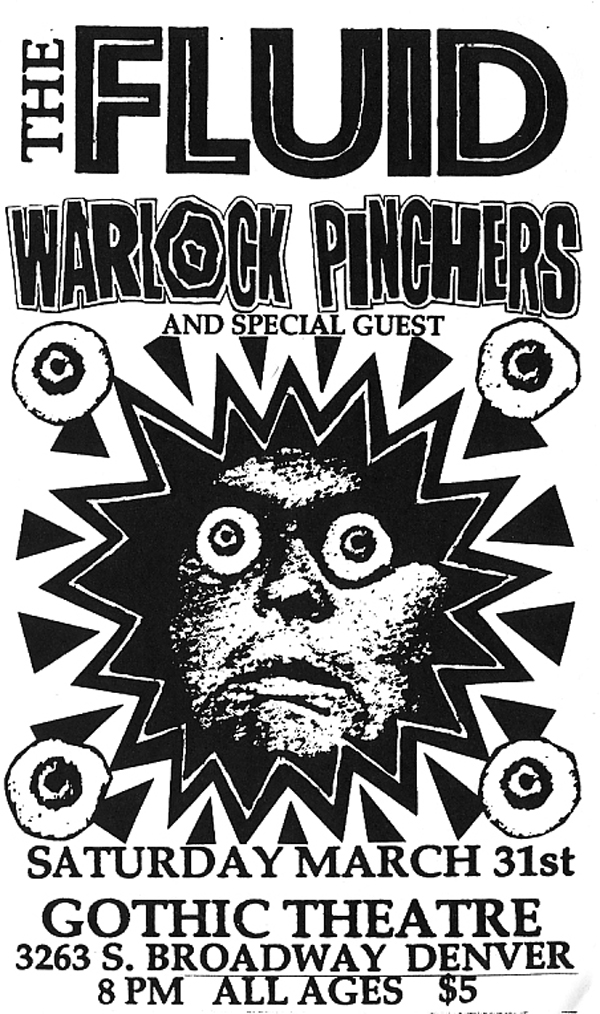 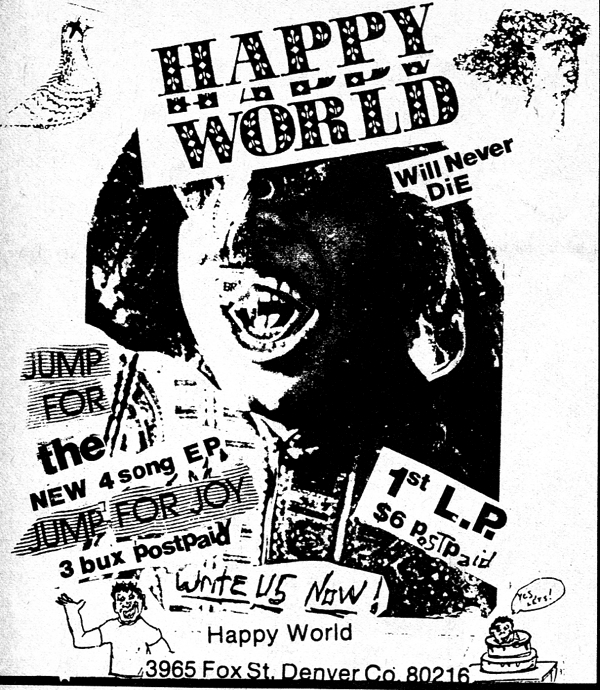 Anyway, apparently I’ve matured and moved on to collecting high quality screen printed rock and roll posters (that I can’t afford to frame), and electronic flyers for bike events, because I guess that’s what you do when you grow up, though I still have an array of the old pulp sort stashed away in the basement to pass on to the inevitable teenager who will eventually come along and claim to be my child.

With the exception of stealing bikes, whether we grow our beards, build our bodies, take unsettling photos of ourselves, murder flies, collect flyers, or engage in a combination of them all, it nearly always pays to have a hobby.