Yes indeed, Thomas Wolfe had a point when he said that thing about home, but fortunately Ft. Collins promised to offer an array of new, non-home like experiences, so I felt a sense of security.

Emerging from the Denver International Airport, or as I’ve taken to calling it, ‘The Scariest Airport In The World‘;

-my traveling companion, Garvin Bleeker, and I uttered to one another almost in unison, “so… Like, what are we doing here?”

According to the trip’s sponsor, El Corpo Nuevo from Swobo, we were simply there to cause as much trouble as we were physically able within the given time perimeters.

“That’s easy enough.” we agreed. “Now get us the hell away from this airport.”

On our first night in town we met up with Mrs.El Corpo Nuevo, and rounded up a selection of bikes on which to transport ourselves across town; 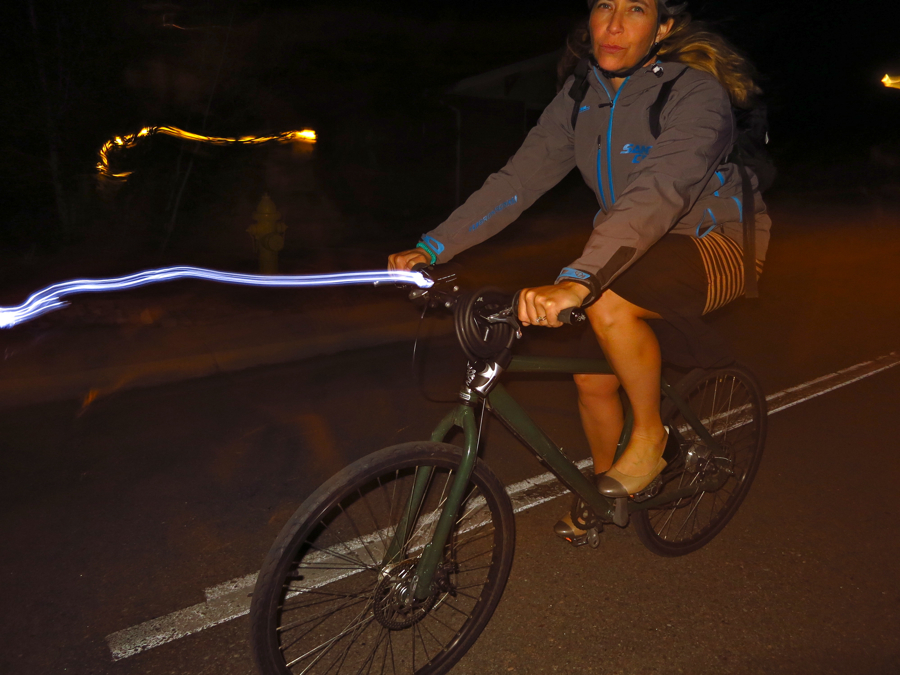 -finally making our way to a delicious meal with the fella behind the lens of the newest ad campaign; 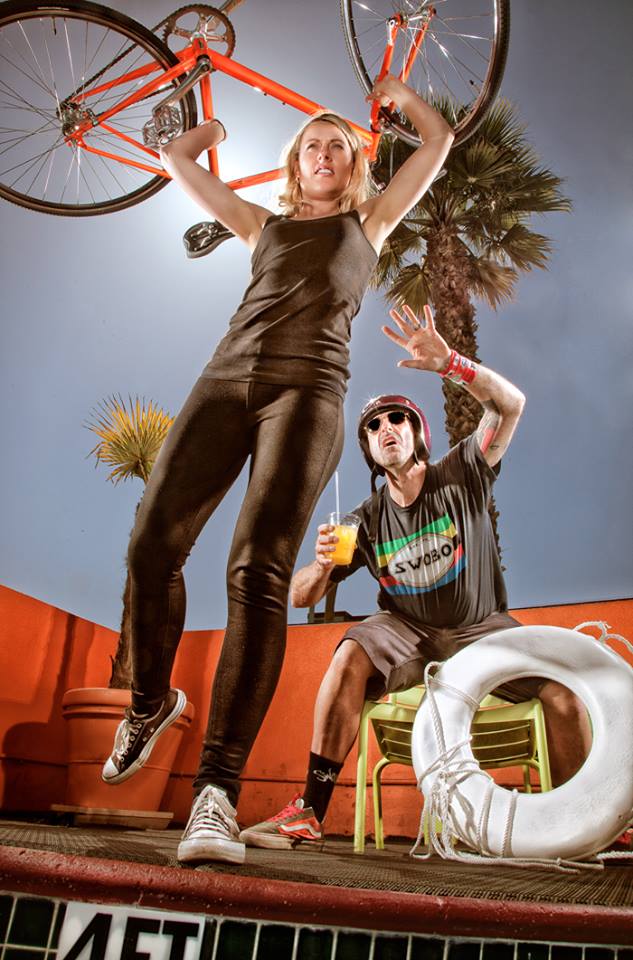 Darren Mahuron and his lovely and talented fiance, Rachael.

There we covered a whole array of topics, none of which I remember because apparently the restaurant at which we were eating supplements their margaritas with Everclear.

Not exactly the proper tool for memory retention.

Waking up the following morning in the museum of curios that is the El Corpo Nuevo’s parent/in-law’s home I was greeted with the sinister gaze of the one they call ‘Chocolate’; 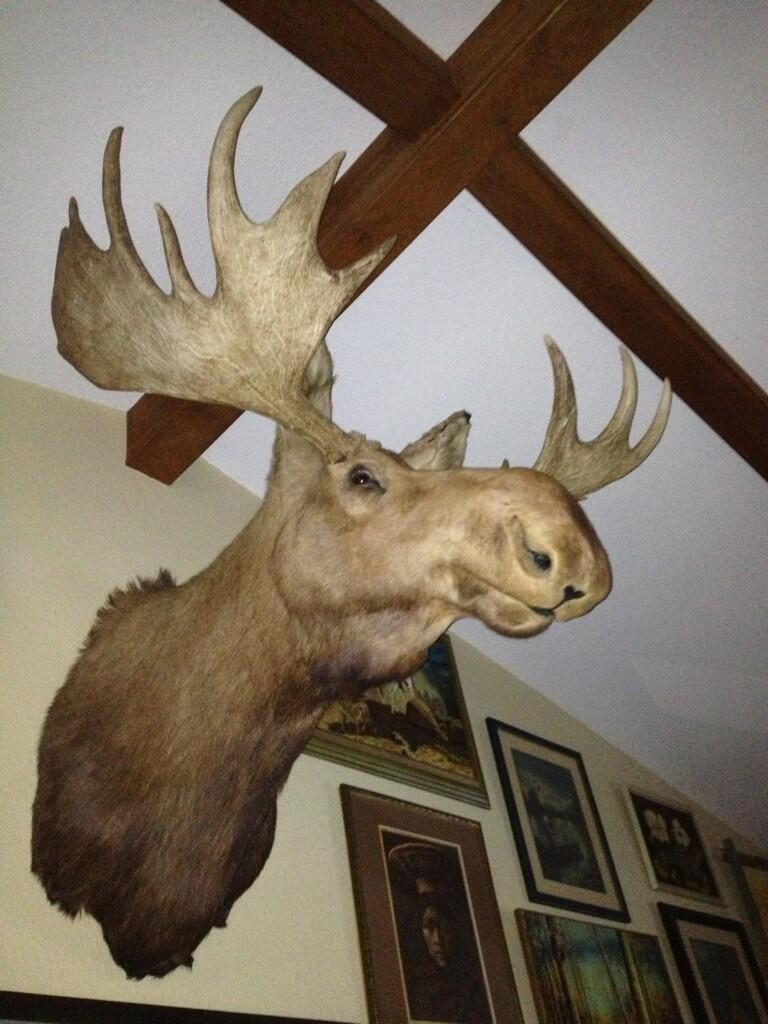 After breakfast we volleyed options regarding what we would do with our day around until we finally decided that we would kill a couple hours before the main even that afternoon, at church; 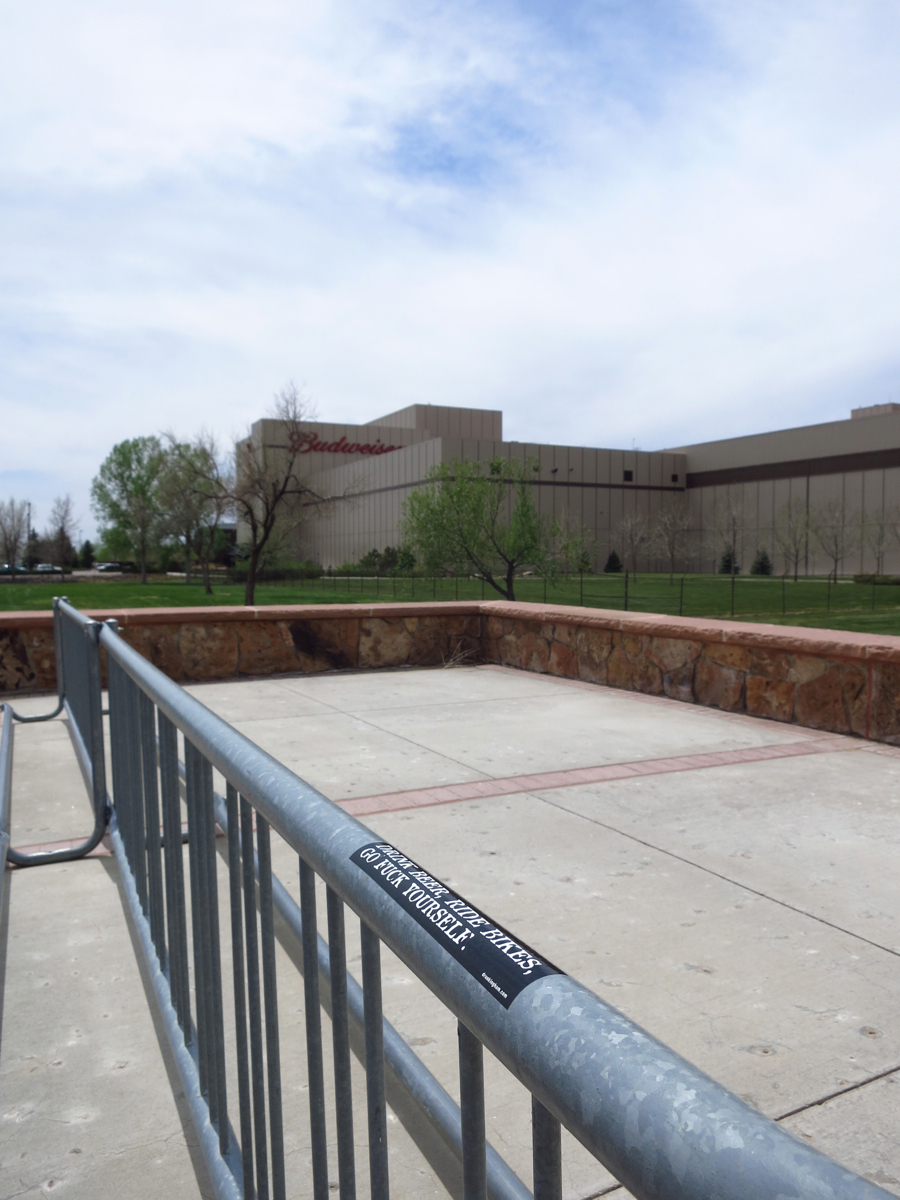 We took the free tour and listened in quiet awe as our tour guide rambled off facts and figures about how many billions of cans of beer are made a day and that they now make a thing called Lime-a-Rita which to my estimation tastes like a cross between antifreeze and a fruity nightmare.

Anyway, of all the sights and sounds that we experienced, my favorite was this station; Which I made two small adjustments to, to reflect my gift; My resume has been turned in, but as of yet, I’ve not heard back from corporate.

Anyway, we were flirting with being late to our own party, so we turned tail and beat feet to The Forge Publick House where the evening’s festivities were set to commence; As I stated in this post, my primary objective was to have the women featured in the above photo tell me to ‘shhhh’ and then walk away from me, which she did almost immediately upon my arrival at the bar.

From that point, there was no where to go but down.

Both friends I haven’t seen in two decades were in attendance as were friends I had never before laid eyes on, like for example, this woman, whose importance in this story I will get into later; So we stood around, slapped faces and kissed hands and put a dent in the local beer supply, but time for food was coming on with a fury, so we abandoned our post and filled our angry holes with a wide array of unhealthy treats.

At our meal’s conclusion we returned to the scene of the crime and met up with Matthew and Dillon, and unintentionally, an astonishingly handsome Australian fellow who I admonished for pissing next to the Forge’s newly completed deck by calling him ‘English, or Scottish, or whatever‘. He b-lined to our table and repeatedly and drunkenly asked if we had a cigarette he could have all the while volleying back my verbal slams with a grace and gusto I’ve not previously experienced.

The exchange concluded with a discussion regarding American politics, that transitioned into him telling me to “shit where I do“. I then noted that I would like to have sex with him and his companions, to which he then replied “you’re the biggest prick I’ve ever met” as he melted into the Ft. Collins night.

I like to think I’m a bit of a diplomat when it comes to international relations.

From that point, the previously mentioned Matthew and Dillon took us under their wing, treating us to a small backyard party, and then a trip back to Old Town where we found ourselves waiting in a line of people at a club, the majority of whom all looked to have been born sometime during my third year of college. We thanked our new friends for their graciousness, but opted to go find a darkened park in which we would put the finishing blows on our road sodas; We finally called it a night and headed home, hitting the pillows at a million miles an hour, but not before I fell asleep with a freshly opened coconut water in my hand, spilling it all over me and my bed. Not one to prefer sleeping upon the wet spot, I asked Garvin to trade beds with me.

He said “shut up“, flopped over and quickly went to sleep, leaving me to spoon the puddle; The following morning found us bleary-eyed and flat tailed, but after a shot of food and a few masterful backflips on the family trampoline, we made our way to the Ft. Collins Museum Of Fine Art to take in an installation of work by Syd Mead.

This is where the blond lass from a few passages up come in. Her name is Melyssa, and besides being the creative director at New Belgium, she happens to be Syd’s niece. Sometime during the drunken previous evening, we’d made a plan to meet up and take a look at the show together.

For those not familiar with Syd’s work, (which most might be from his work on ‘Blade Runner’), or his astonishing back story, I highly encourage to sit a spell and take it in;

Walking through the galleries and hearing stories of her childhood with Syd as well as her relationship with some of the pieces that I stood in front of, I just listened in quiet astonishment; 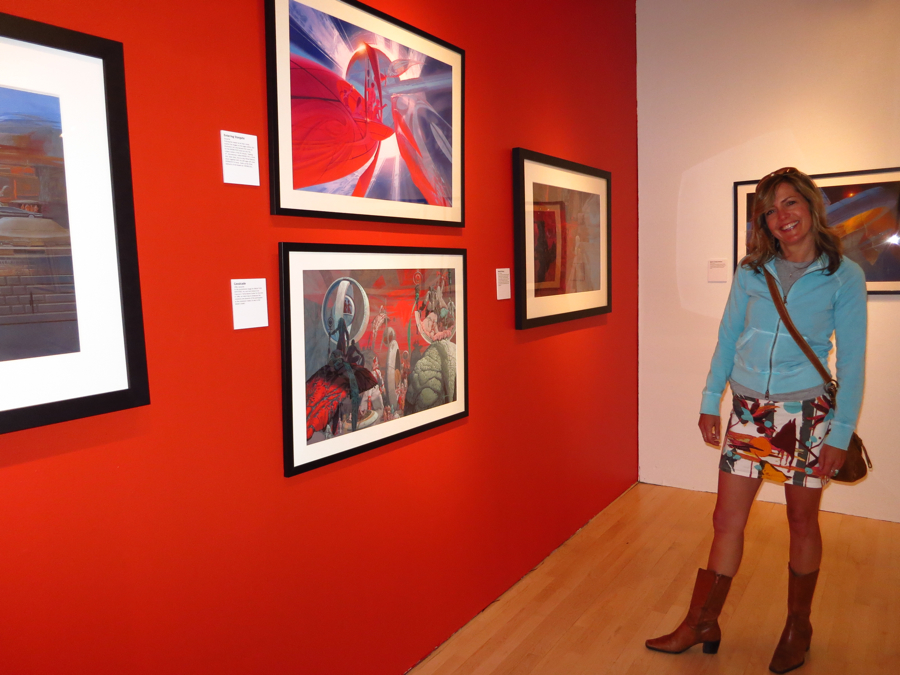 It was most certainly a highlight of a brilliant trip filled with thrills, chills and only a couple spills.

Our time in the mile high state was coming to a close however, so after taking on a little bit more food and camaraderie, we headed home for a bit of last minute nerding out with the patriarch of our host family, and (among other things) silver medalist of the 1975 and 1978 Cyclocross National Championships, member of the 1976 US National road B team, and former teammate of Bob LeMond, Mr. Dannie Nall; 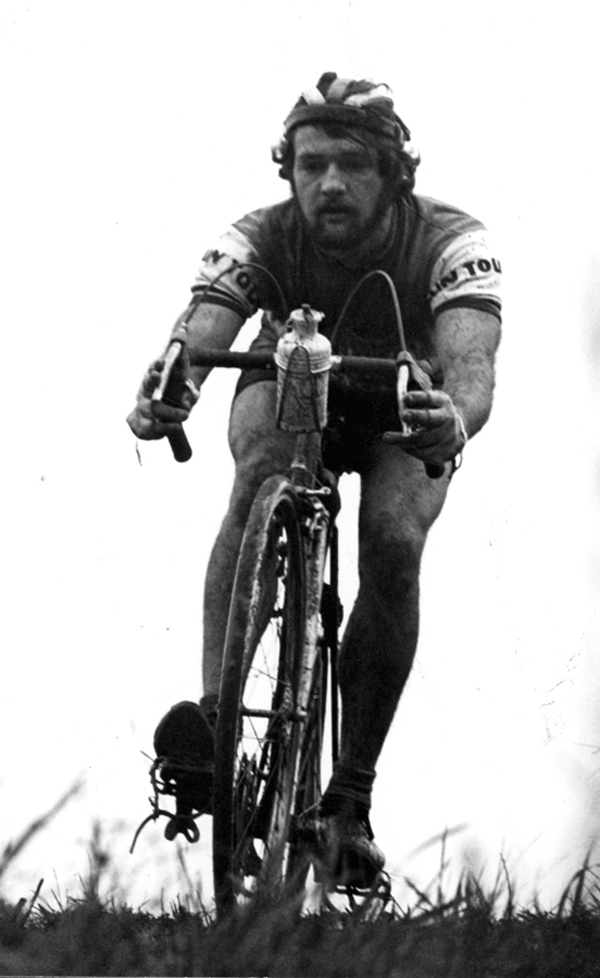 Hanging out with him was a brilliant way to finish our trip, and one that volumes more than just a portion of one post is due. His history as a cyclist, a visionary, a designer, and a figurehead in the contemporary history of this world that we have all found ourselves immersed in is undeniably priceless.

When speaking to mountain bike and cyclocross legend, Daryl Price about Dannie on the phone a few months ago, he flatly said, “Yeah… Seriously, that guy is like royalty. He is the one who was single handedly responsible for teaching me how to not ride and race a bike like a douchebag.”

Standing in the basement of his home and listening to a few last minute stories was unlike anything I’ve experienced; 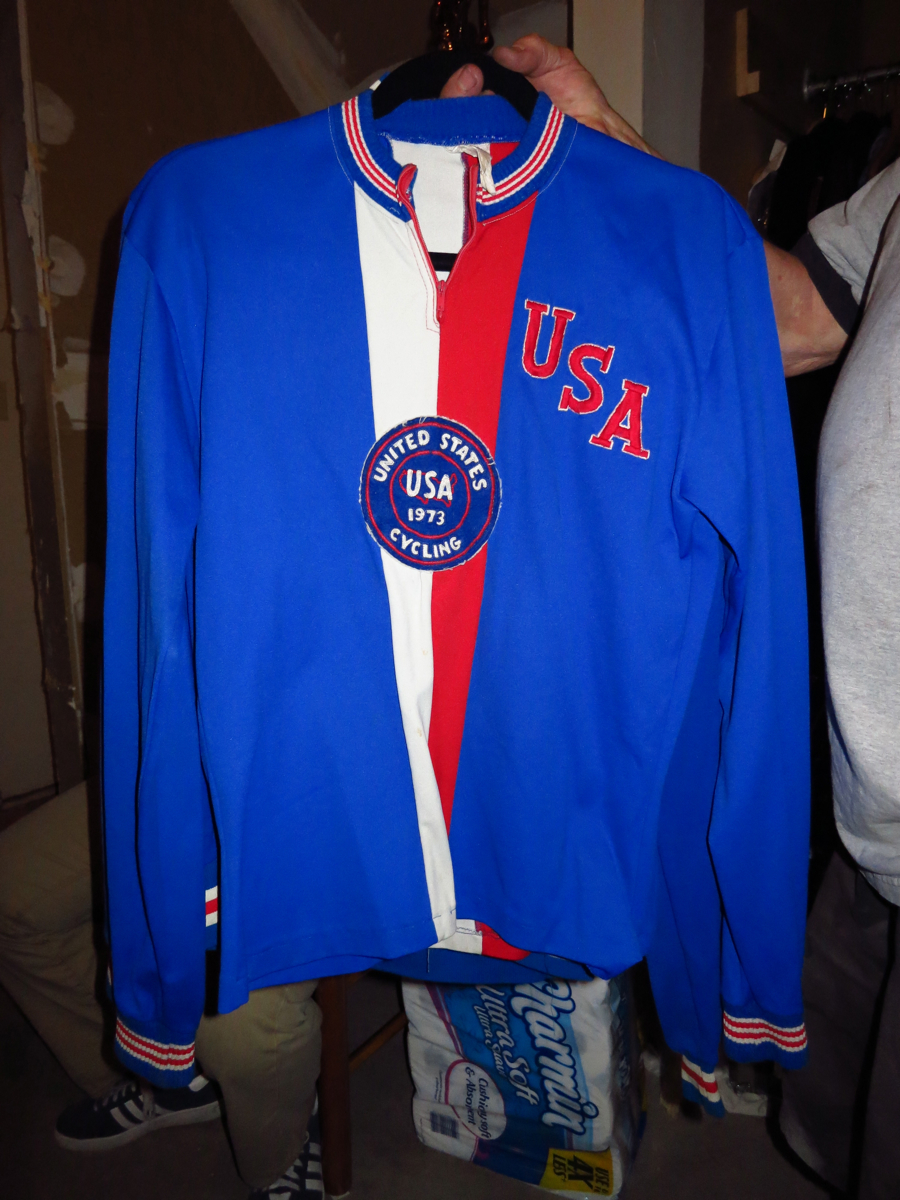 He very literally is a living legend, and one whose life, even for a couple of days, I am indescribably proud to have been a part; 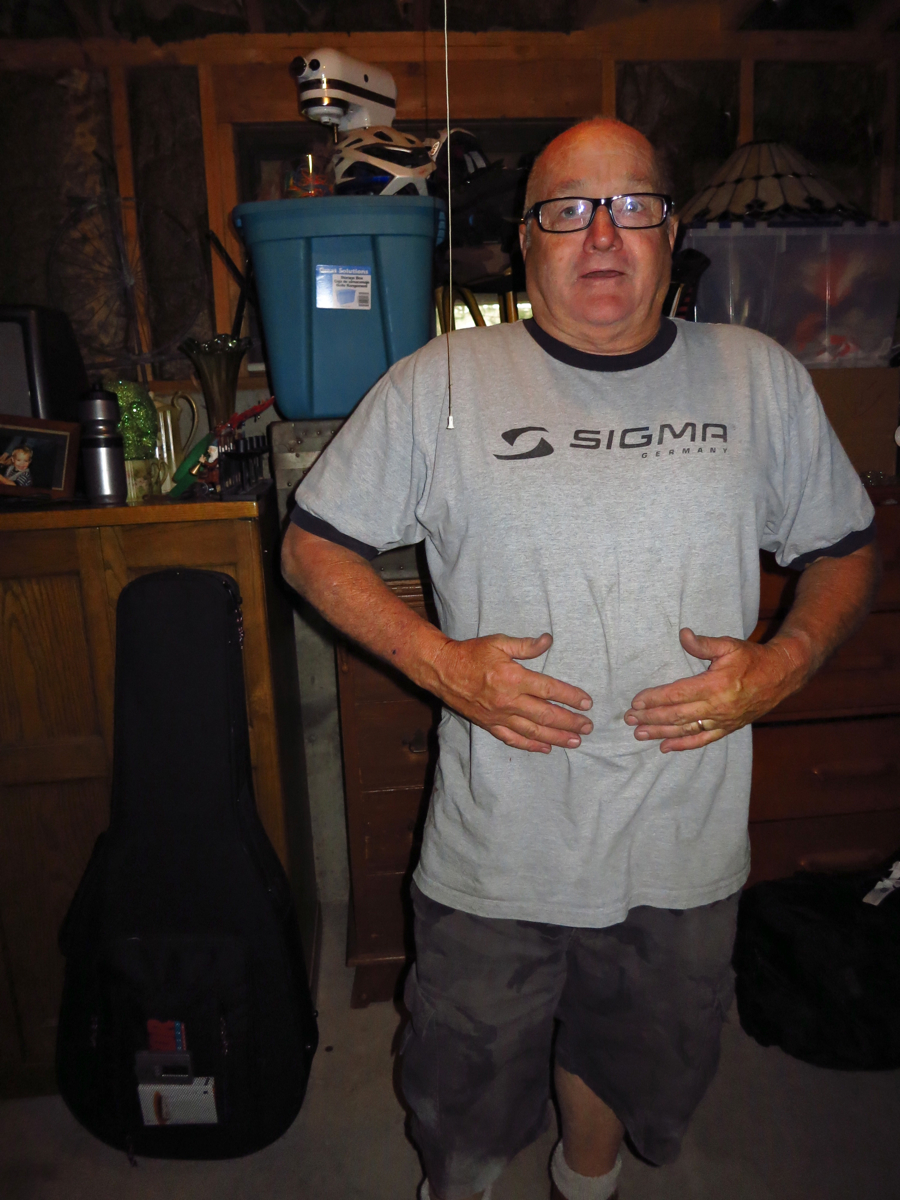 Perhaps when Wolfe penned the phrase about not going home, he was referring to revisiting your own history, because after this trip to the region from which I originally hailed, and immersing myself in experiences with faces both new and familiar, my perspective on the idea has been broadened, and during this trip anyway, going home was exactly what the doctor ordered.

14 Responses to “You can never go home again, except for when you do.”