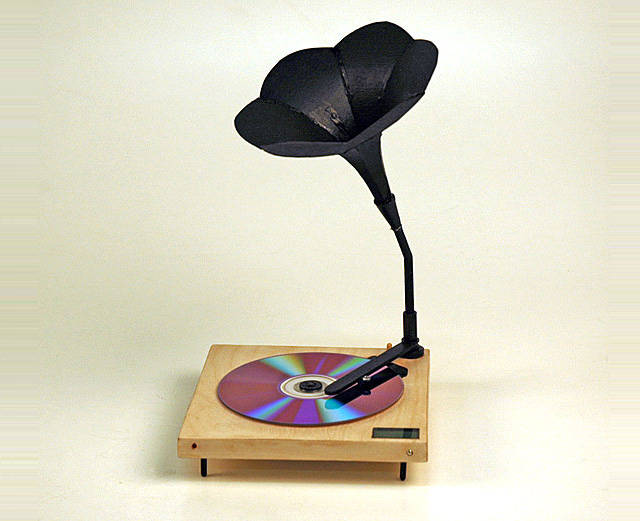 In this day and age, it’s a snap to send random correspondences off to friends a world away without some much as licking a stamp. As such, we live amongst an entire generation who is unaware of the practice of writing postcards, or making any effort whatsoever to communicate in ways that don’t first involve turning on some sort of a computer.

As a matter of fact, I even put forth an effort a little over a year ago when making two editions of a paper version of the AHTBM blog, which in the olden days were called ‘zines’; 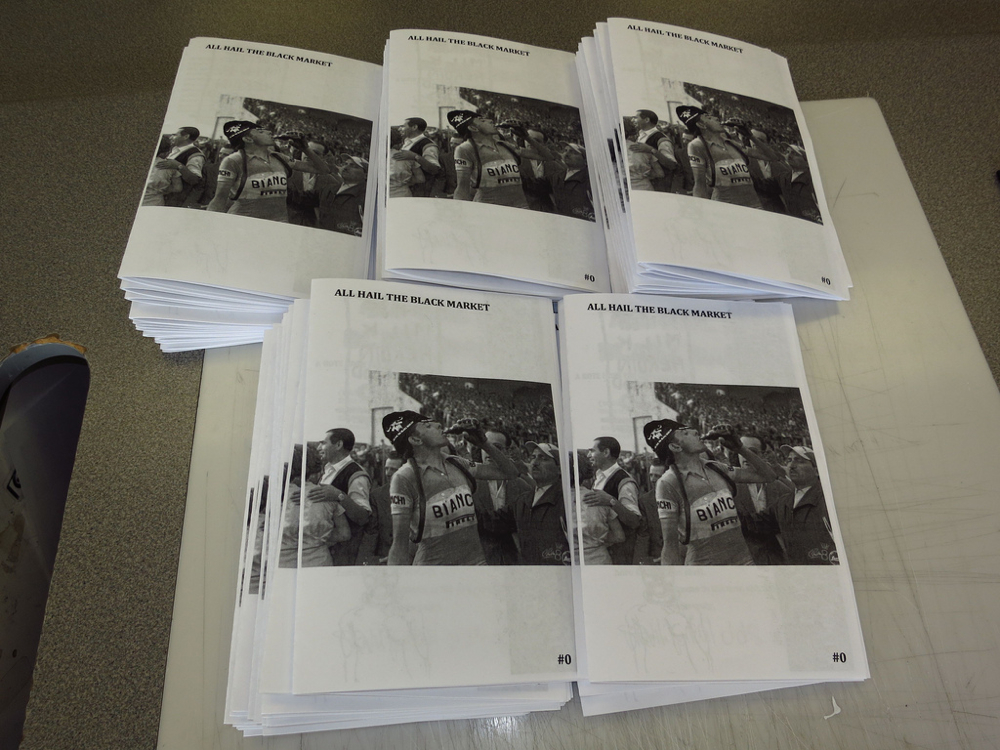 Yes indeedy, I do like hand made things, so I was touched when some folks sent me some actual, physical correspondences. (Three recently, and one like, forever ago, but I’ll include it anyway, just because I can.)

The first was from Luke, and I got it nearly a year ago. The reason I never mentioned anything about it was because I thought I was supposed to get a green light to do so. As I waited, on the corner of my desk it sat until now; 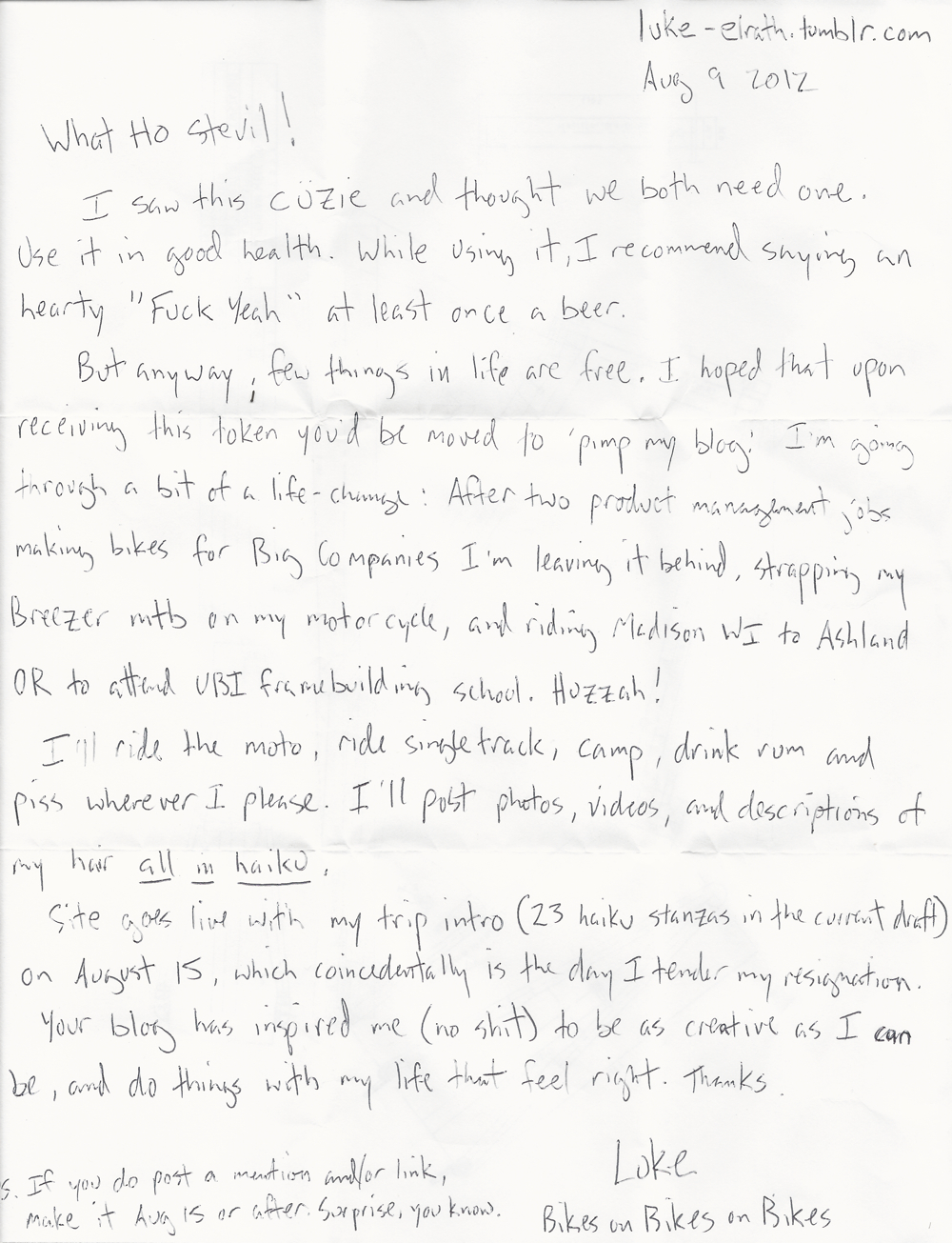 If you would like to see what Luke’s been up to since becoming a lay-about gypsy, his chronicles can be found here.

Then, about a month ago, I got a heads up from Anders as well as some fruits of his own kind of labor; 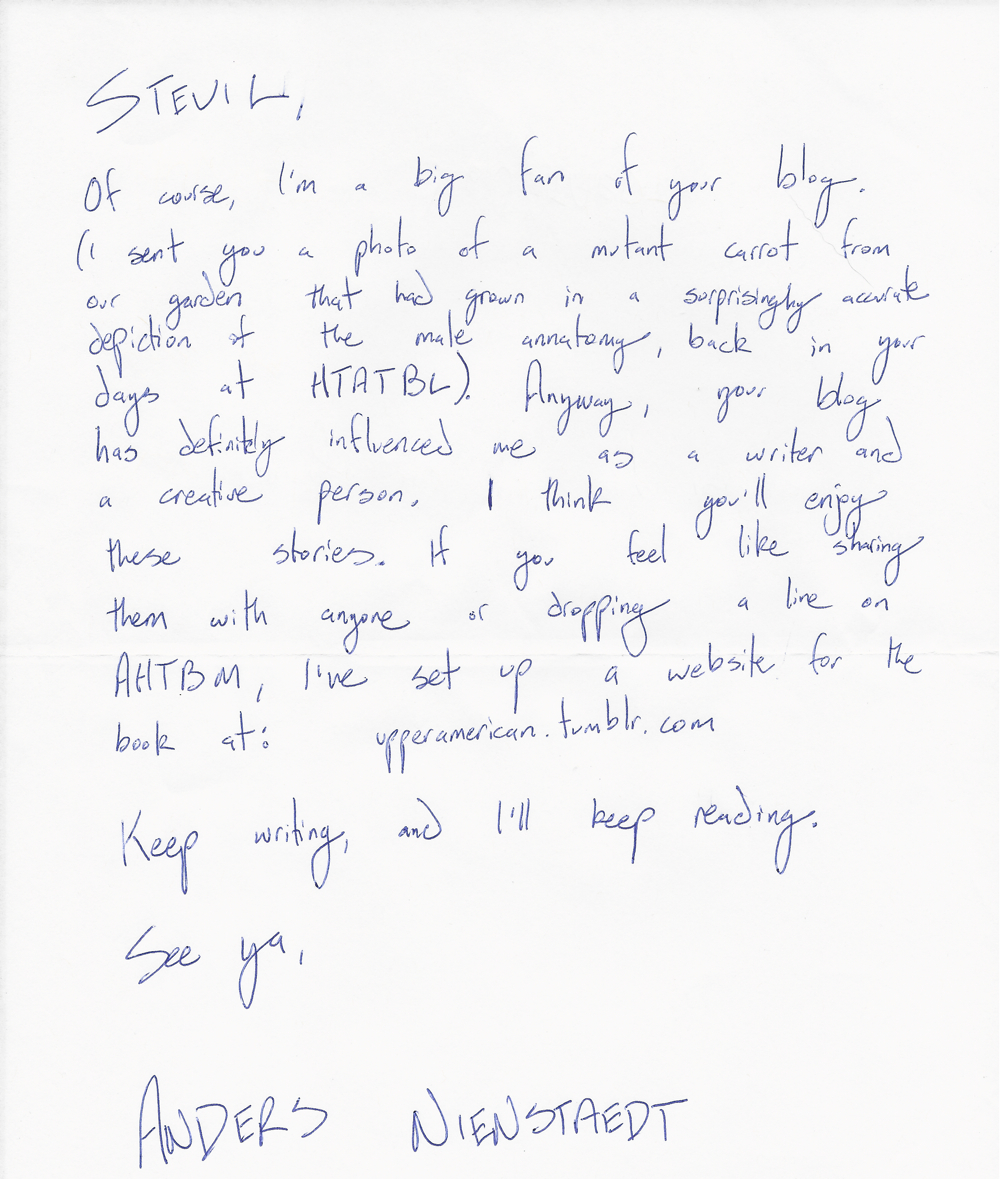 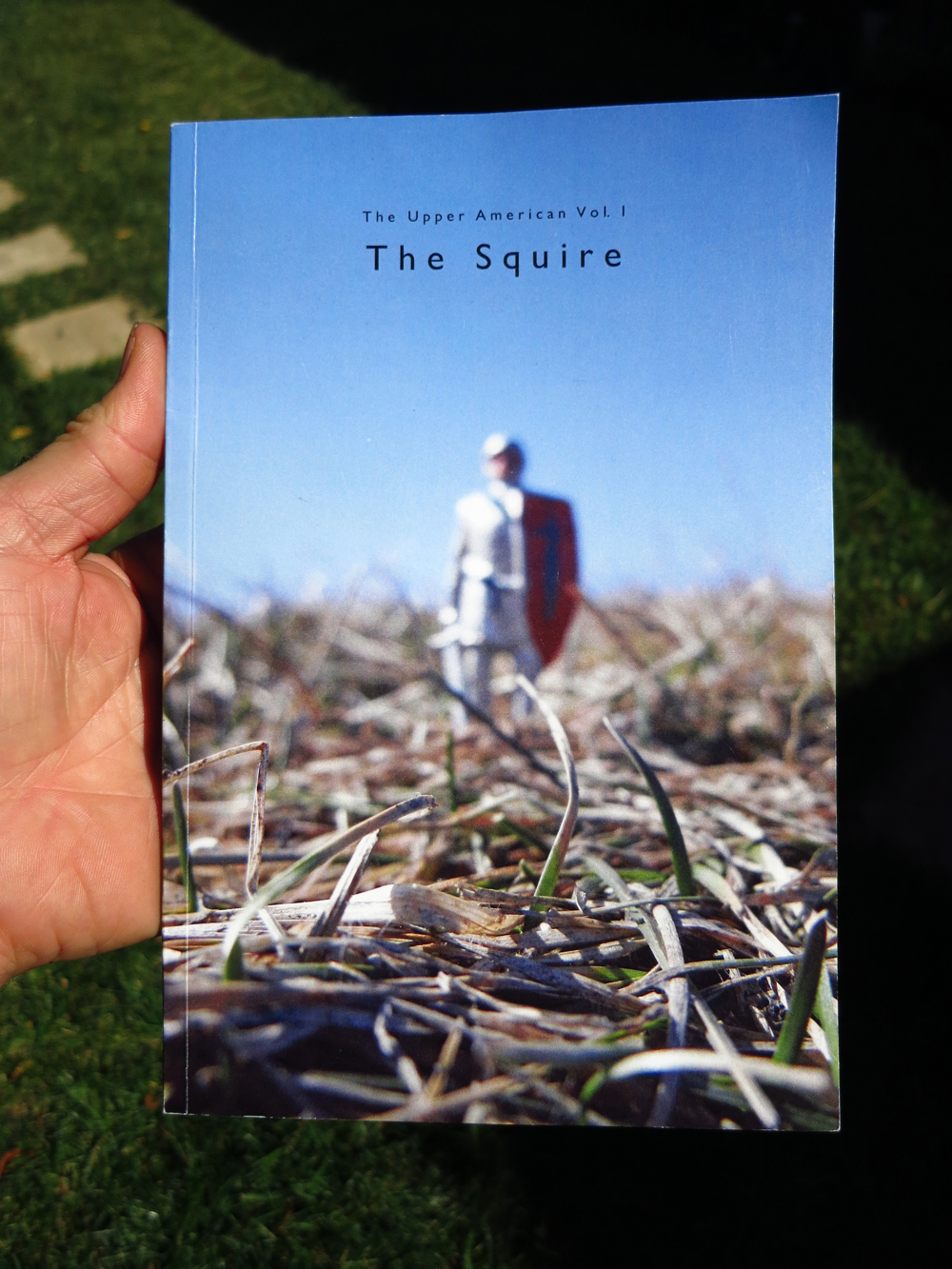 So far today I’m two for two with people telling me that All Hail The Black Market has inspired them to put proverbial pen to paper, which in one way makes me feel very proud and in another way makes me think that there are at least two people out there devoid of any inspiration whatsoever.

Anyhoo, ‘The Squire’ is indeed a very entertaining collection of both wordage, as well as visuals, and if you would like to investigate how you might obtain a copy for your own, right here would be a good place to start.

Then even more recently, I got a very nice card from Adam of KindHuman; 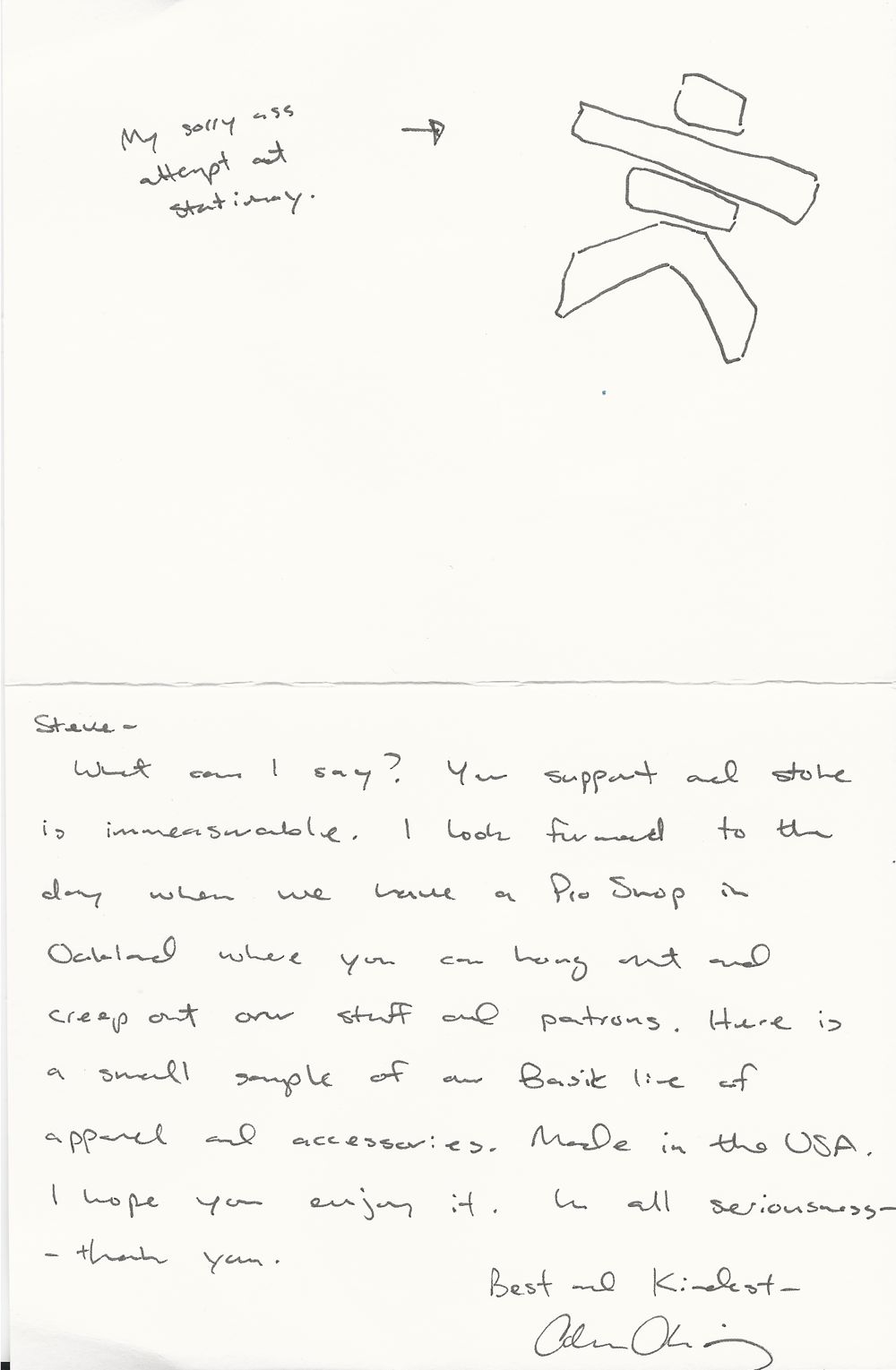 He also generously set me up with two pairs of foot bags and a chapeau; -Which if you care, can be obtained from here as soon as they get their shit together.

I guess your hand is forced when you run a company called KindHuman in that you then always have to be one.

Personally, I would opt for KindofadickishHuman.

Then, most recently, Ben from Maximo Supremo residents Swobo sent a hand written follow up to some weirdness that transpired during my recent trip to Ft. Collins; 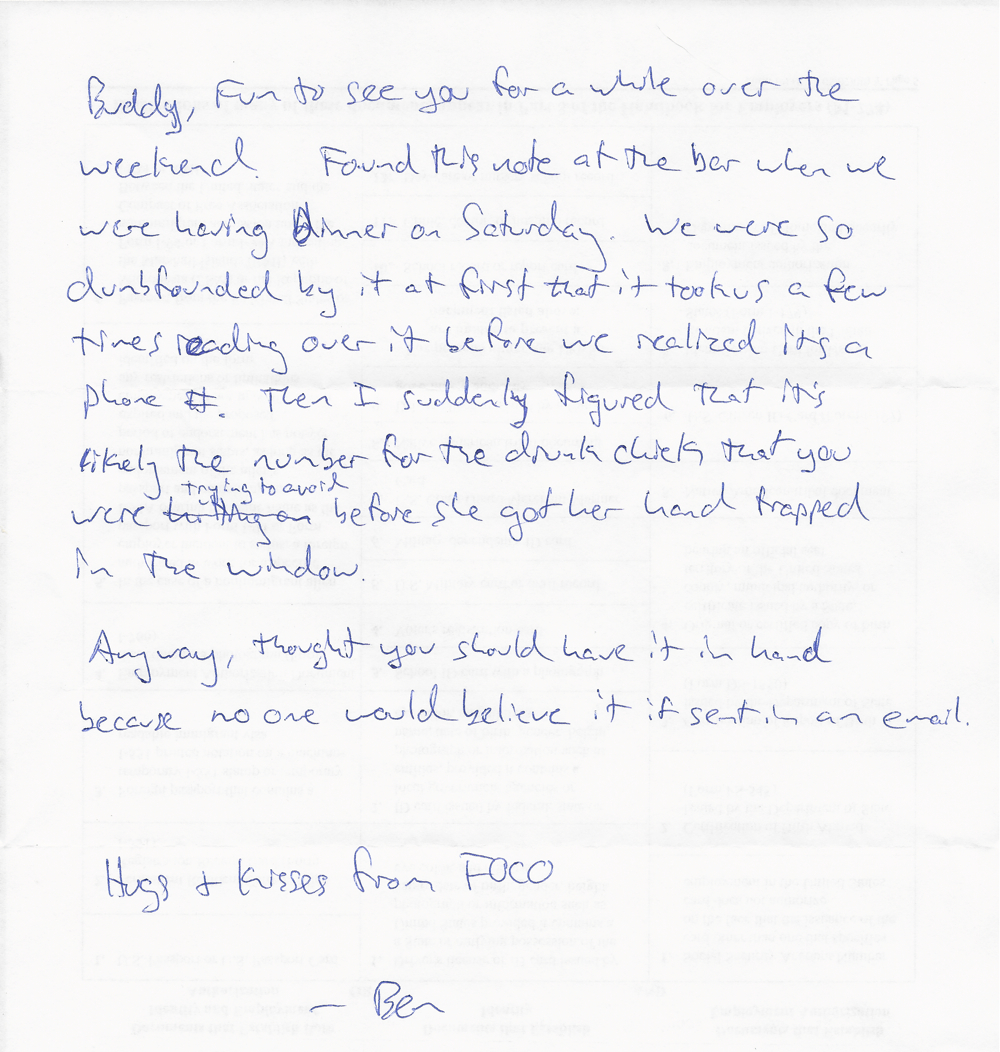 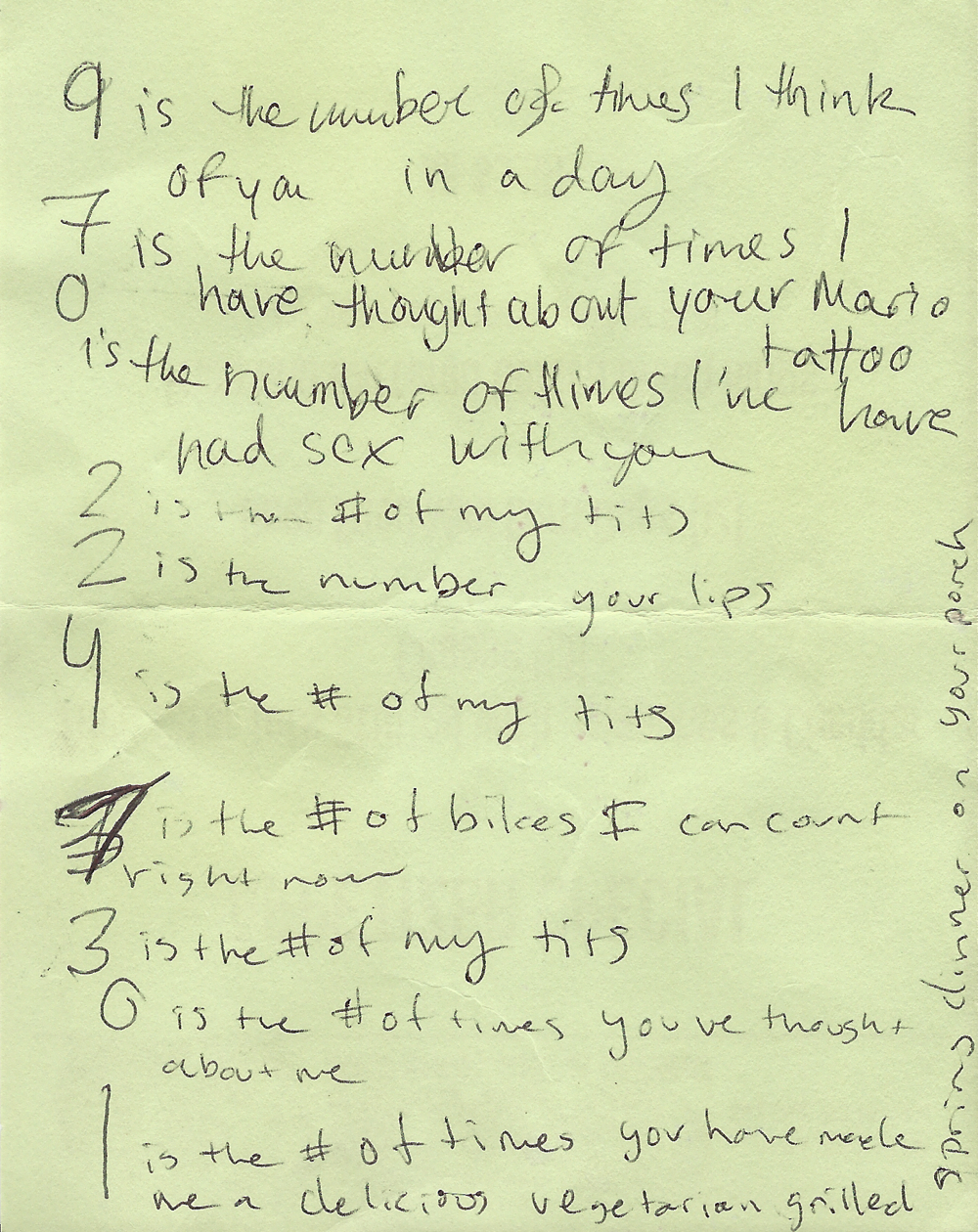 So by my count, the author of this note has nine tits, which leads me to believe that they are either a circus freak, a canine of some sort, or a sow. Anyway you slice it, I’m hugely intrigued, but still not enough to make a phone call.

When searching for an appropriate corresponding image (which I wouldn’t recommend you attempt), I found myself in traveling through a dark and weird part of the internet. It took some doing, but for the sake of your Monday’s entertainment, it was a small price to pay; 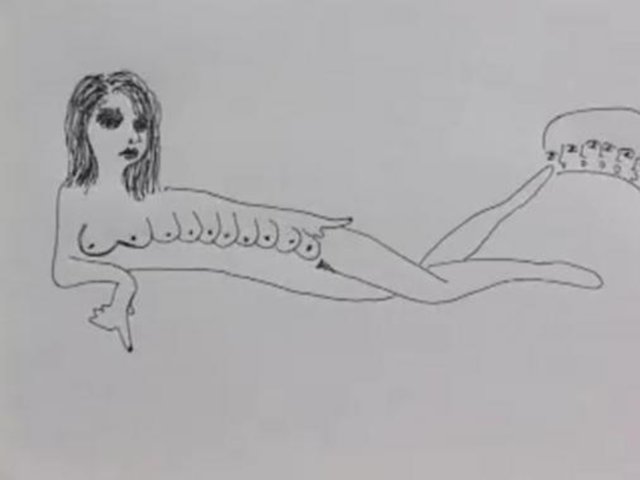 I’ll assume that last one is just a belly button.

And thus concludes our trip through fodder created by hand, though after spending time looking at that last one, I find myself compelled to wash my own.

7 Responses to “An analog boy in a digital world.”