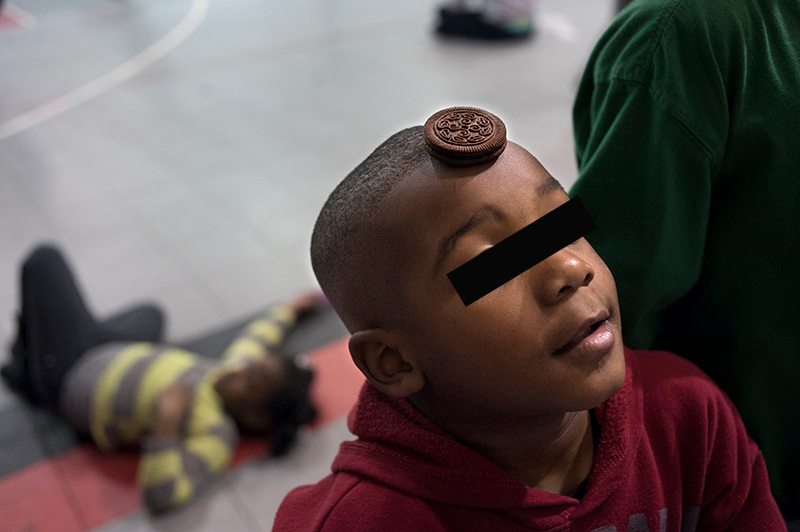 Just so we’re clear, I never professed to offer anything here more than random bits of fodder which now and again could possibly give one a moment of reflection.

It might involve a perspective of the world around us, or even just a simple reprieve from it. I am after all just an under-educated individual with a computer who has no more or less wisdom than any other monkey with access to the internet. Even still, I’m fiercely proud of this little corner that I’ve built and am hugely thankful of the people who come here with regularity to visit, for without them, I’m just talking to myself, which if you’ve ever met me you might know is a dizzyingly mundane prospect.

But just like other monkeys plugged into the internet, I scoop up whatever fodder I find to be of interest, put it in my brain’s mouth, chew it up and spit it back out in the form of the written word, resulting in three days a week worth of time-kill.

And sometimes I’ll even find bits and pieces that give me pause, and make me extra thankful to be a part of the community which for whatever reason has embraced me. Case in point is this mini clip featuring Chuck of Ibis Bicycles fame, putting into words that which I only wish I could have;

“Every kid who gets on a bike- That’s their first real taste of freedom in their life. That’s the first time you really escap home. That’s somehting that never leaves you.”

I would like to offer a gin-u-whine thanks to Kitsbow for putting this video together, and giving me a reminder that regardless of what kind of bike one rides, or what style of riding one prefers, that we all are drawn to the activity for the exact same reasons.

Of course, from where I stand, the fact that at least one individual in their camp has a taste for the bloody Buddies doesn’t hurt either; 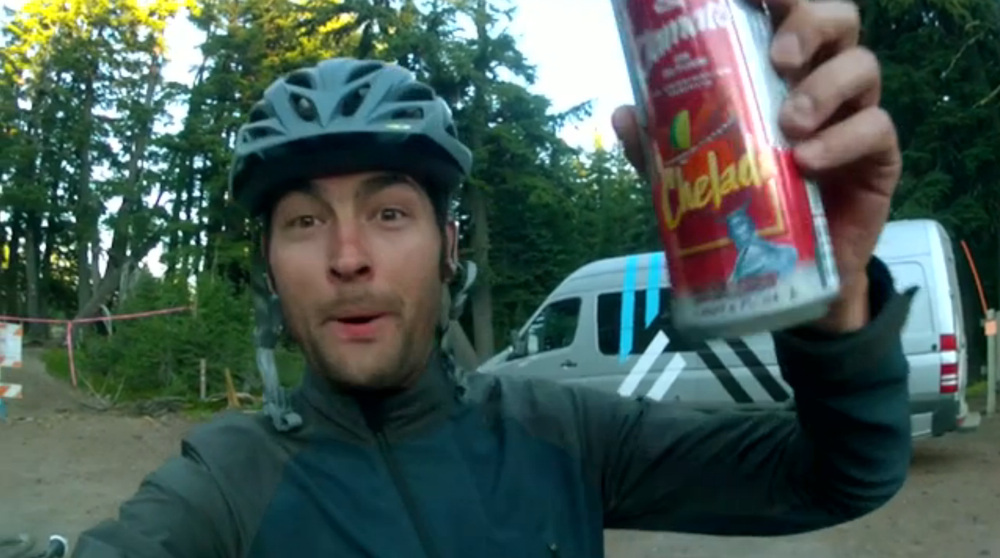 So with that all said, let’s scroll around a little bit and see what all is happening out there in the world.

Firstly, I’ve come to find that there’s a shot of the freckled wonder known as Andrea over on Pink Bike signing up for the recent Trans-Sylvania Epic doffing a special cap as she prepares to take on all comers; 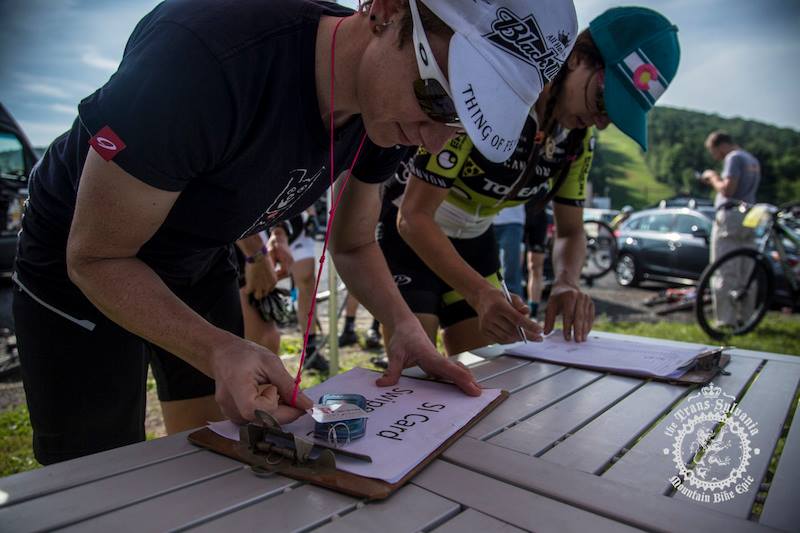 It turns out that that particular Thing Of Fears was she.

In other bike racisting news, Shane got in touch with some of his own recent escapades;

“I don’t know if you are aware, but USA Cycling is having a big race in my town (Chattanooga) tomorrow (editor’s note- ‘tomorrow’ was May 27th. I’m nothing if not prompt.) and I work for a Jamis dealer, so the Jamis pro team came by to do a course preview ride with us. Well, the course climbs Lookout Mtn., which was actually a ride featured with a two page spread in the middle of Bicycling magazine a couple of years ago, but it was my first time actually riding it. The Jamis dudes were literally riding wheelies up the climb, but this was what I looked like at the back of the pack a mile behind them. 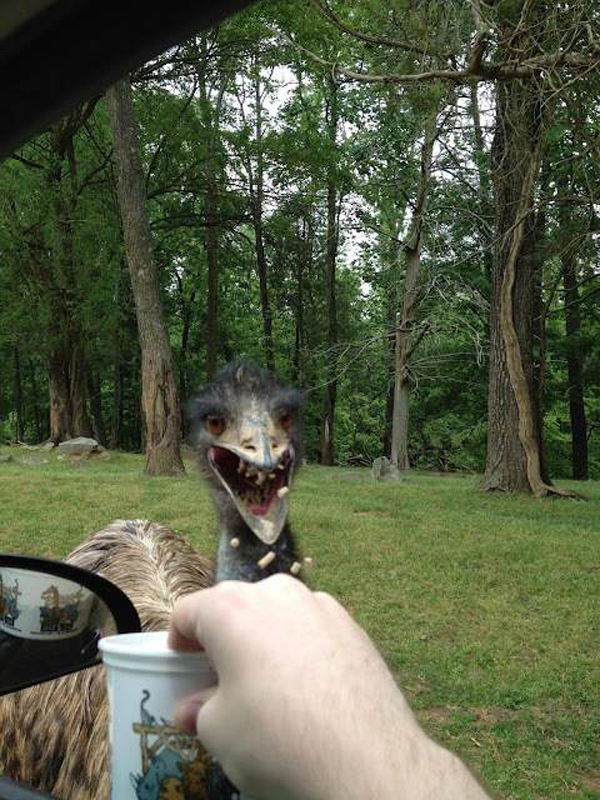 I’m no stranger to Shane’s description. It seems the older I get, the more my eyes are crossed on every group ride I take part in, which is why I spend more time riding alone these days than not. That way I’m always guaranteed to be the fastest one in attendance.

As far as his ‘team support’ goes, and as I noted to him in response, now my nightmares have nightmares.

In other news, Things for Adam’s KindHuman (which we first learned the details about in this post) are moving forward in leaps and bounds, as indicated in a post I found while e-stalking them on their Facebook page;

“Meet Ayal. He is the newest addition to our team, our Lead Mechanic (and silly strong rider) at the Pro Shop in Toronto. He spent all day today preparing his work space so he can personally service your bike, tomorrow; 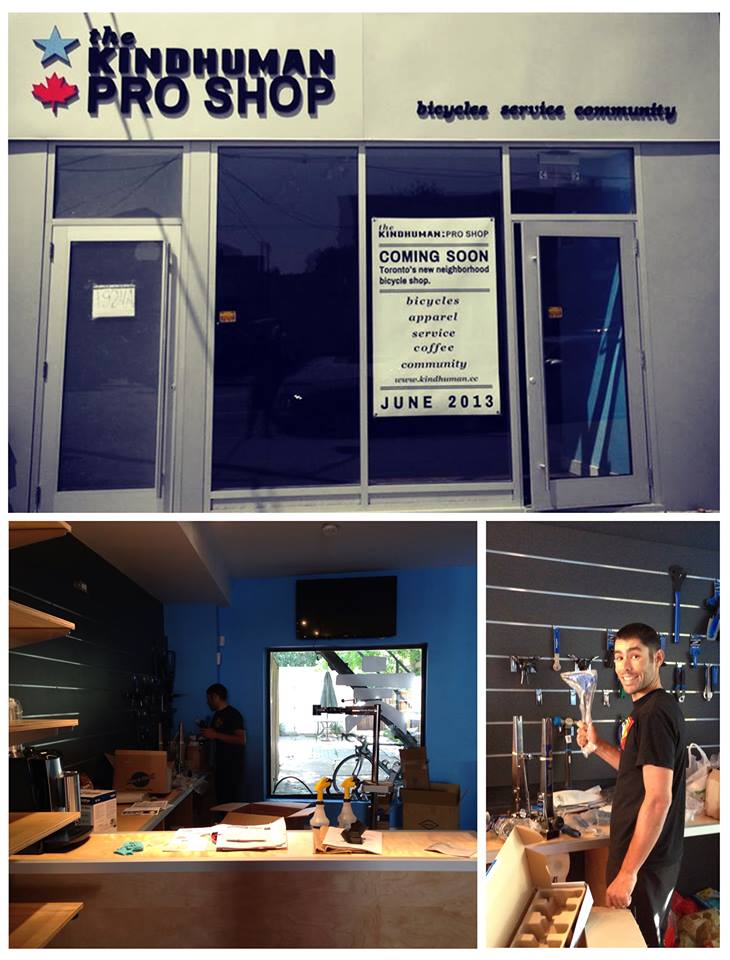 That’s right folks, while we’re putting the finishing touches on the shop our service bar is open for business. Stop in and say hello, oh, and don’t forget your bike!”

Toronto is a far piece from the Bay Area, so I don’t expect I will be making it by any time soon, but Adam let me know that eventually a KindHuman shop might be opening in Oakland and in the event that this occurs, I’m more than welcome to come there and drink beer and sleep on the floor; Of course I can’t neglect to mention that before Adam launched KindHuman, he was in thick with Hawley USA, which is a bike parts distributer, ala QBP. If by chance you work in a shop, or are in a position to open an account with them for whatever reason, I encourage you to do so, because it’s run by great people, they offer amazing service, have a huge selection, but most importantly, isn’t QBP.

So there’s a four course meal for your brain-meat, and while it might not be a cookie on the forehead, hopefully it more than satisfies.

7 Responses to “Füd for thought.”