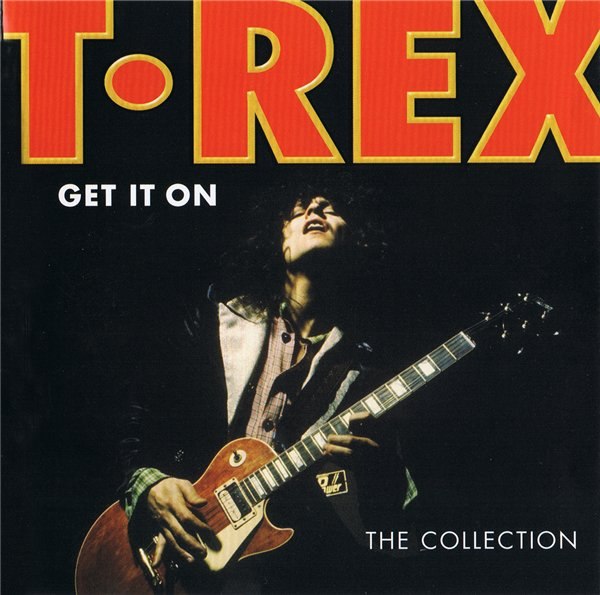 That sound that you hear in your head is T Rex, and it will inevitably be there for the foreseeable future.

You’re welcome, or probably not.

Well hello there. Welcome to AHTBM’s 734th post. Why, it seems like just yesterday when I was basking in the glow of finishing the 733rd post, and before I knew it, here we are again.

First up, from my very own mother I received a couple photos she shot on a recent trip she took with my dad to Chicago’s Museum of Science and Industry, where they saw the current exhibition called ‘The Art Of The Bicycle’. 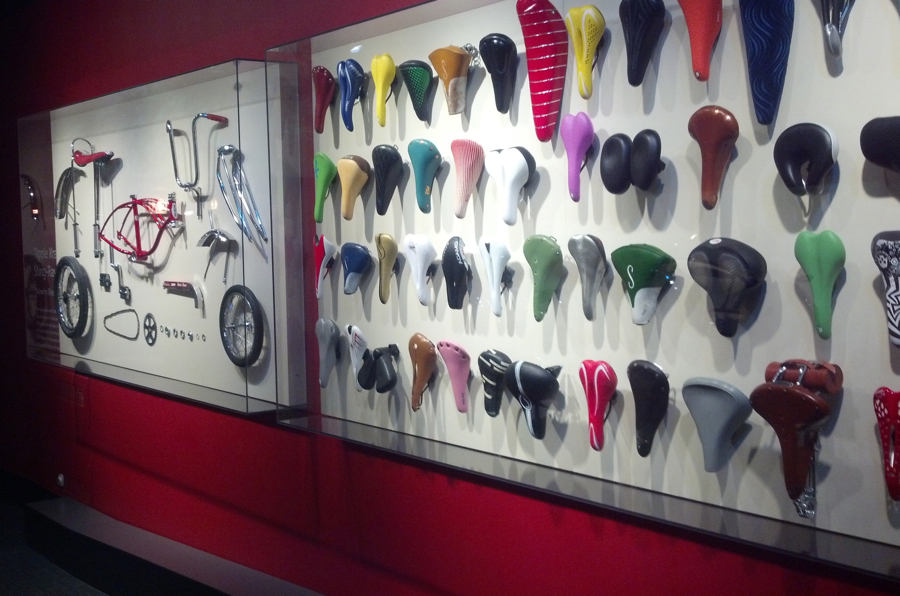 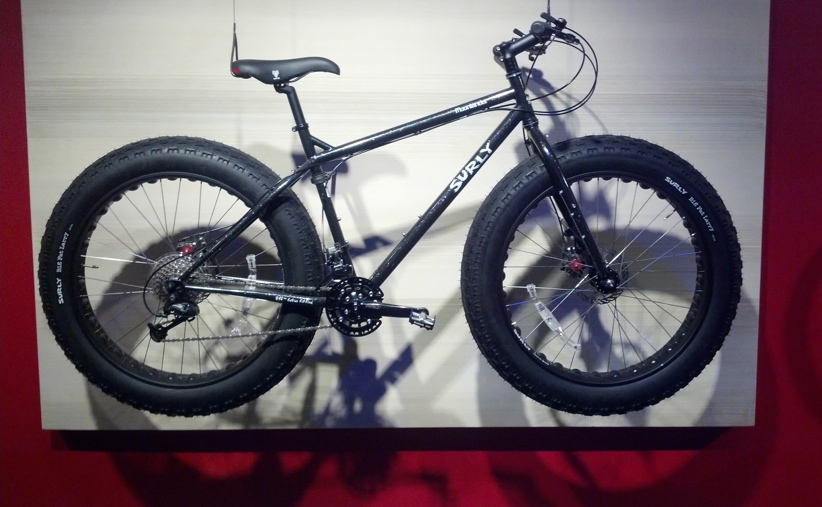 Naturally I was touched that she would think of her favorite son while visiting the exhibition.

I believe in the accompanying email she noted that among the many bikes on display, there was one called a Cervélo as well, which if memory serves, was installed in a recreation of its native environment; 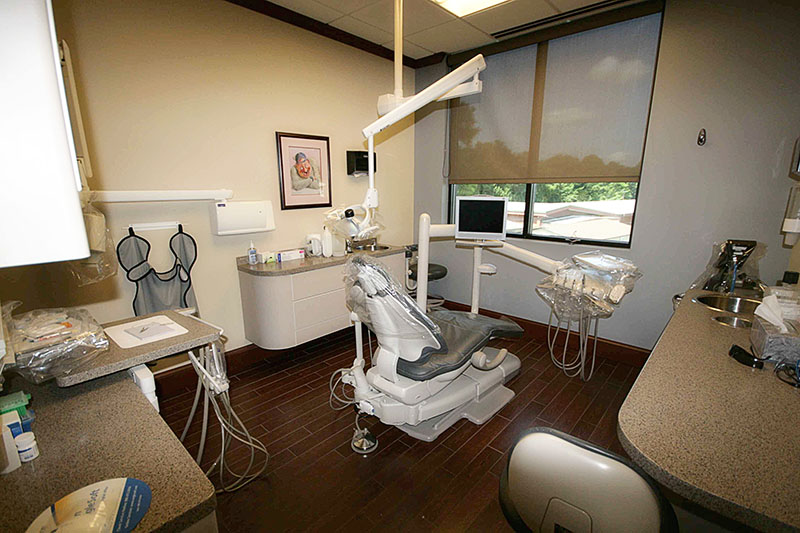 But generally memory doesn’t serve, so I might be wrong.

One thing I’m never wrong about is The International Day Of Slayer, which of course you all know was just yesterday. Especially considering the fact that it occurred on the heels of founding member and guitarist Jeff Hanneman’s recent death, it was an especially important date to recognize.

But I reflected back on the date seven years ago, and fueled with life, love and a lack of responsibilities, I organized Santa Cruz, California’s first ever Ride For Slayer, which also happened to be the inaugural of many ‘Wednesday Night Rides’.

Along with me, I brought BB guns and beer, and we howled until we had a moon to howl at; 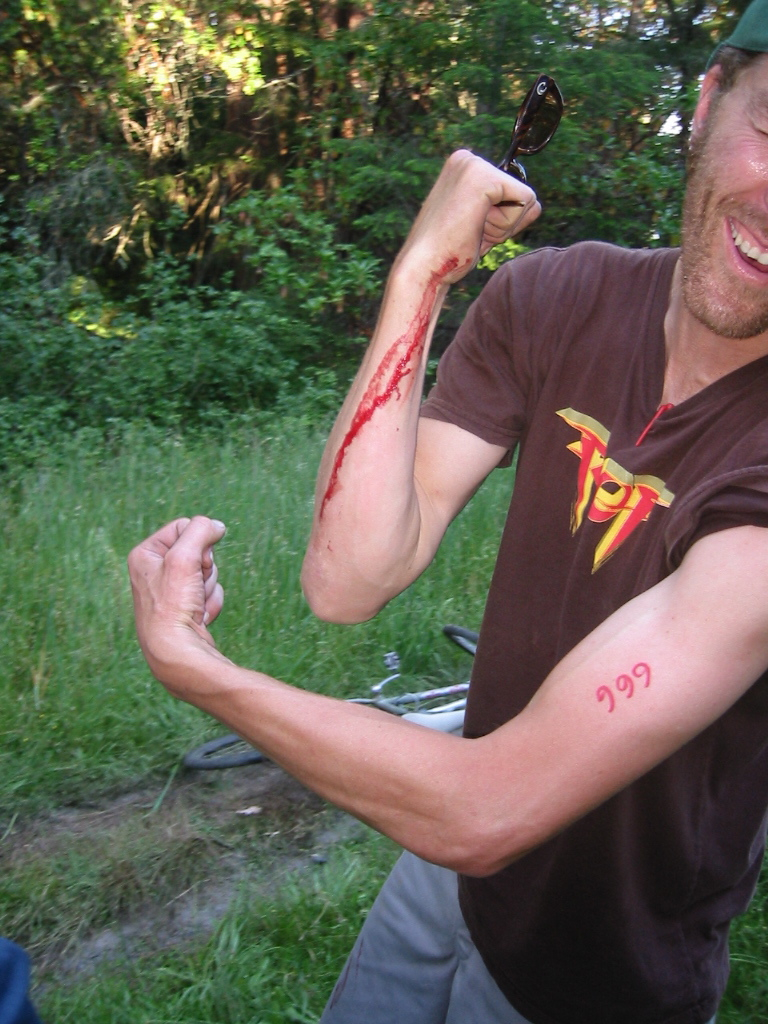 And though it wasn’t until a few week’s later, my weekly Wednesday Night Ride was the location where I shot possibly the best photo of my entire non-career; 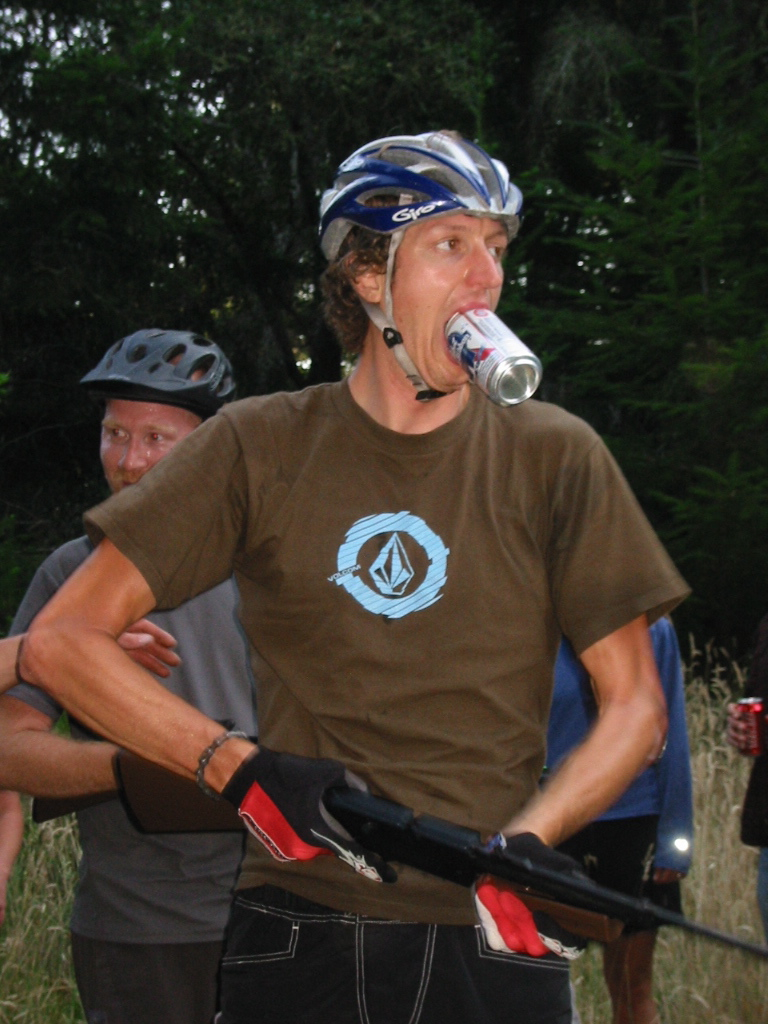 We had an awful lot of fun at those rides, and I will always remember them fondly; 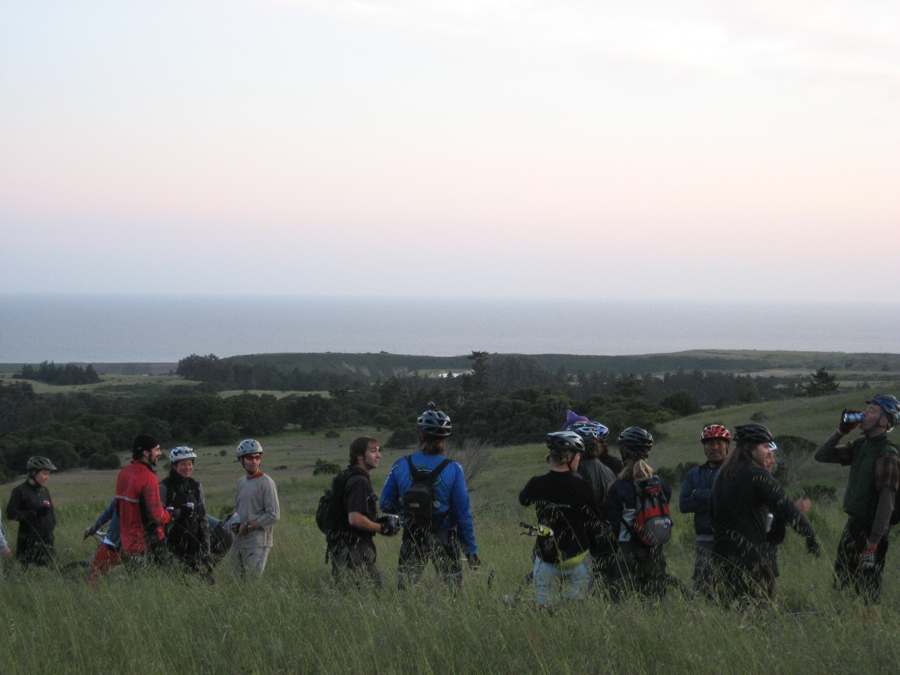 Except for the evening when KB’s tire exploded from his rum on a particularly technical descent, resulting in a broken neck; 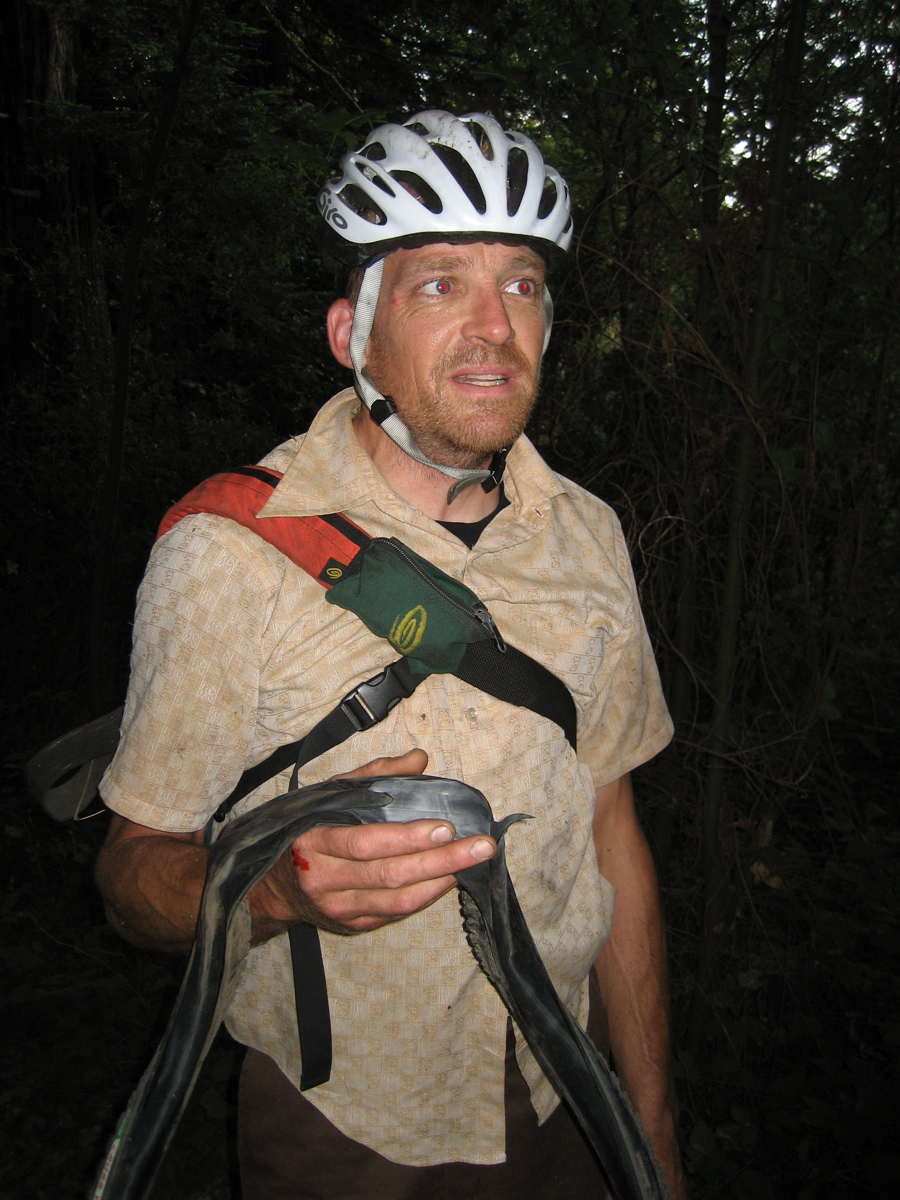 That part wasn’t so rad.

Anyway, back to the original point… Here’s to hoping that any or all of you celebrated the special day in your own special ways.

It is with that, that I offer you this bit about a recent exchange in Portland, Maine between cyclist Jay Reiley and local TV celebrity dickhead, Jim Harkins;

“It would have been easier if I’d just run him over”. 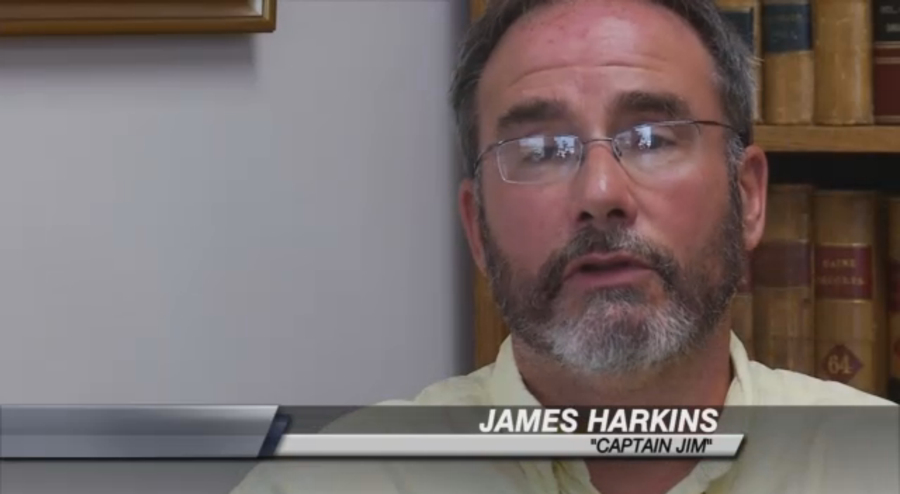 That’s the sound of Captain Jim’s career shitting the bed.

Hey, do you have time for some art that sucks so little, it actually goes all the way around the dial it actually creates a black hole of non-suckingness? 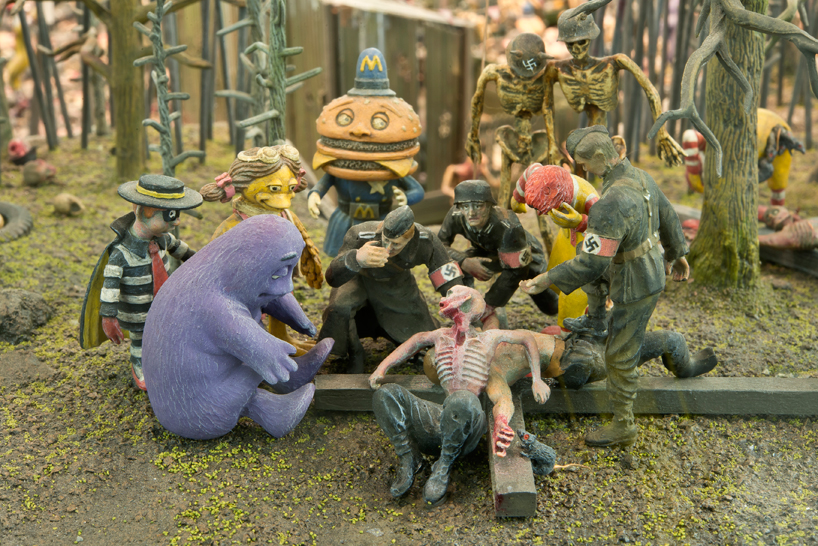 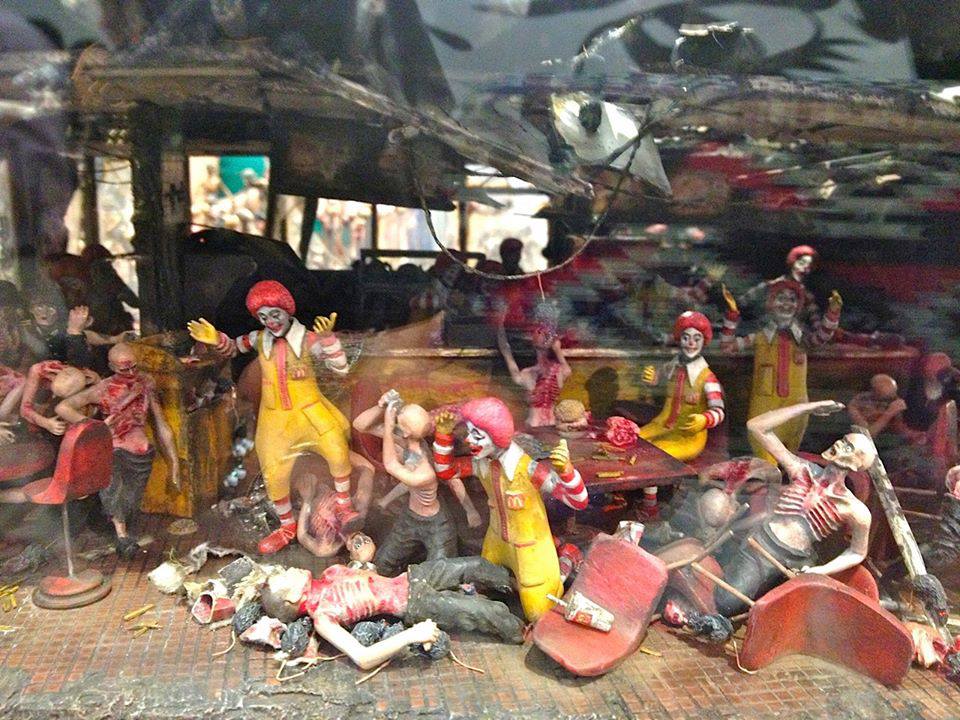 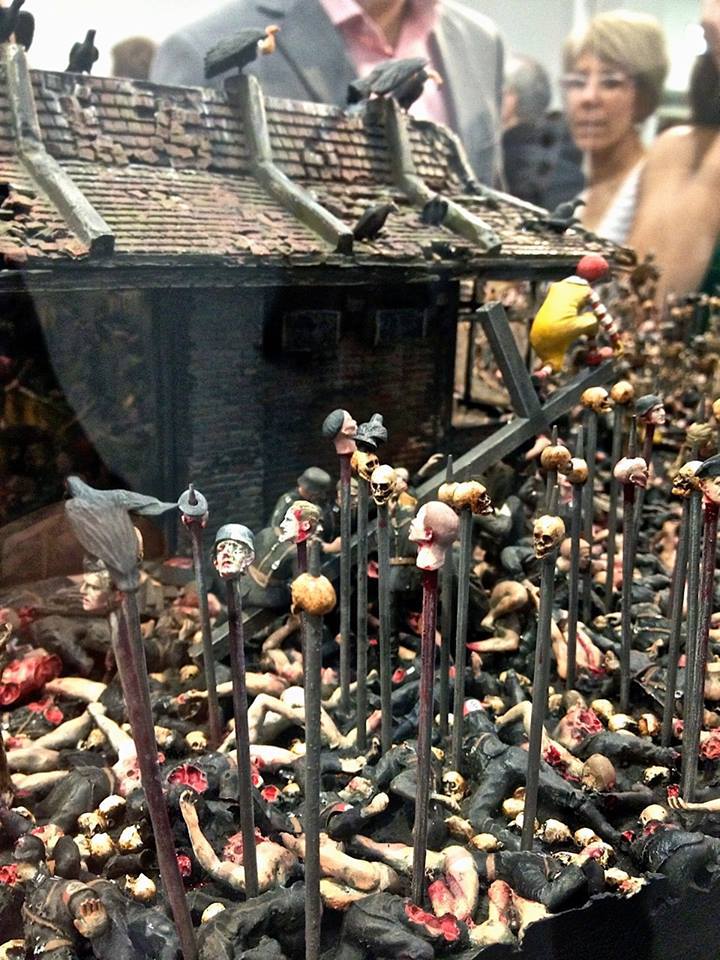 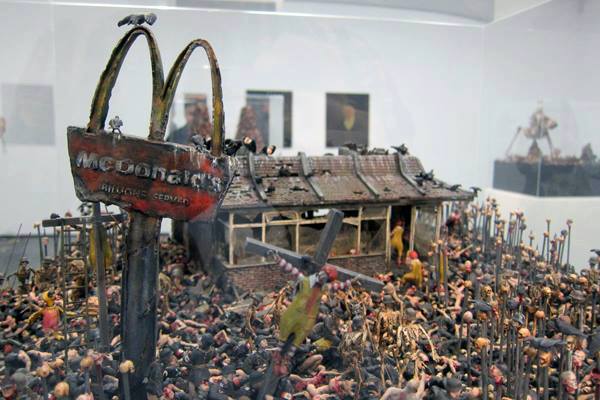 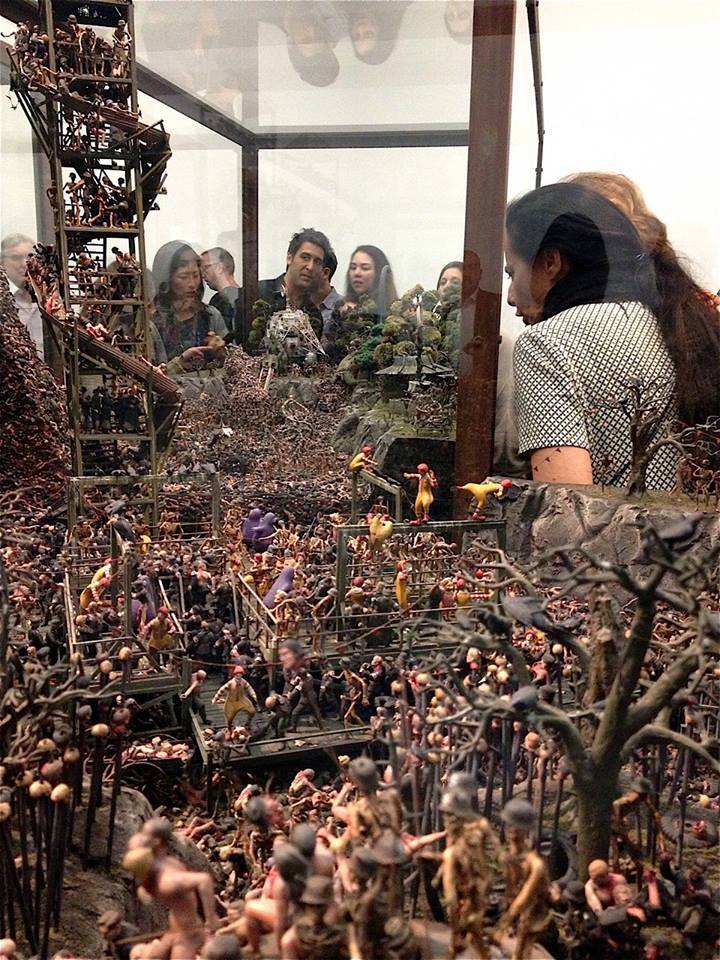 If art’s true nature is to shake people up and make them reflect, I’d say the Chapman brothers have raised the bar to an unattainable height, and then set it on fire.

And when discussing genocidal Holocaust of clowns, what springs to mind more than mobile speakers? Billy elaborates;

“Any dance (sic) of squeezing this in friday’s Post? Either way I can send you one to check out. If you show up you can get one for free and draw a penis on it.

Who doesn’t like talking on their smartphone while engaging in two wheeled adventure style pursuits? No one that is who. Hope you can spread the word about the launch party for the new Boombotix Rex this Friday; If you happen to show up I promise not to punch you in the nuts any harder than normal.”

Kinda hard not to avoid that invitation.

Finally, in closing- would you like a reminder of what’s transpiring in just two weeks? Why, it’s Wizard Staffs Across The Universe of course, and the dirts in Seattle are stepping up with their second year in the game at Ye Olde Über Tavern; 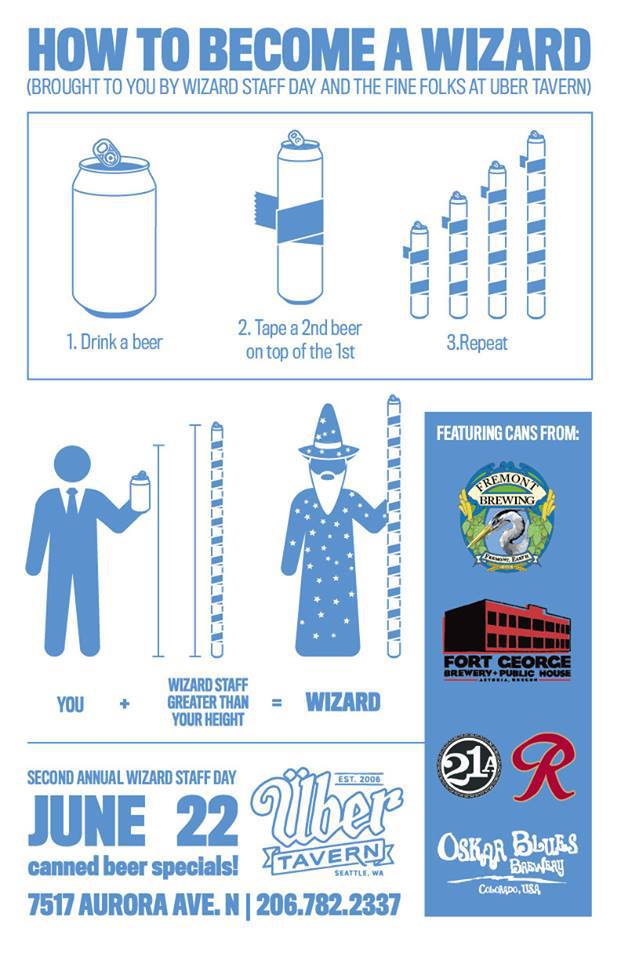 I would like to note for any and all concerned, that though the flyer indicates that this is the second one, it’s in fact the third year this glorious event has been in existence. It might not be an issue for most (any) but when you’ve worked as tirelessly to schedule an International Holidy as I have, all Ts should be dotted, and eyes must be crossed accordingly.

T Rex would want it that way.