I die a little bit.

The upshot from the weekend?


Well, I’m back from the great green North with stories to tell, but as I sit ruminating on the past few days, I wonder aloud how many ways can one describe going to a place only to witness all hell breaking loose, and then barely returning to the safe confines to tell the tale?

All that I’ve endured I suppose, and let’s see if we can’t chalk one more up on the list.

Arriving late to Seattle after spending a full work day at the Oakland airport due to a seat swap was the first step in the process of my undoing, but once I arrived, and took the light rail to meet up with friends at the bar, everything was gonna be ok.

As we headed back to home base to take on some desperately needed slumber, Dirty Randy recommended we stop into a local eatery for a night cap, which in this instance was two pomegranate margaritas, and chilling the hell out with two new friends; 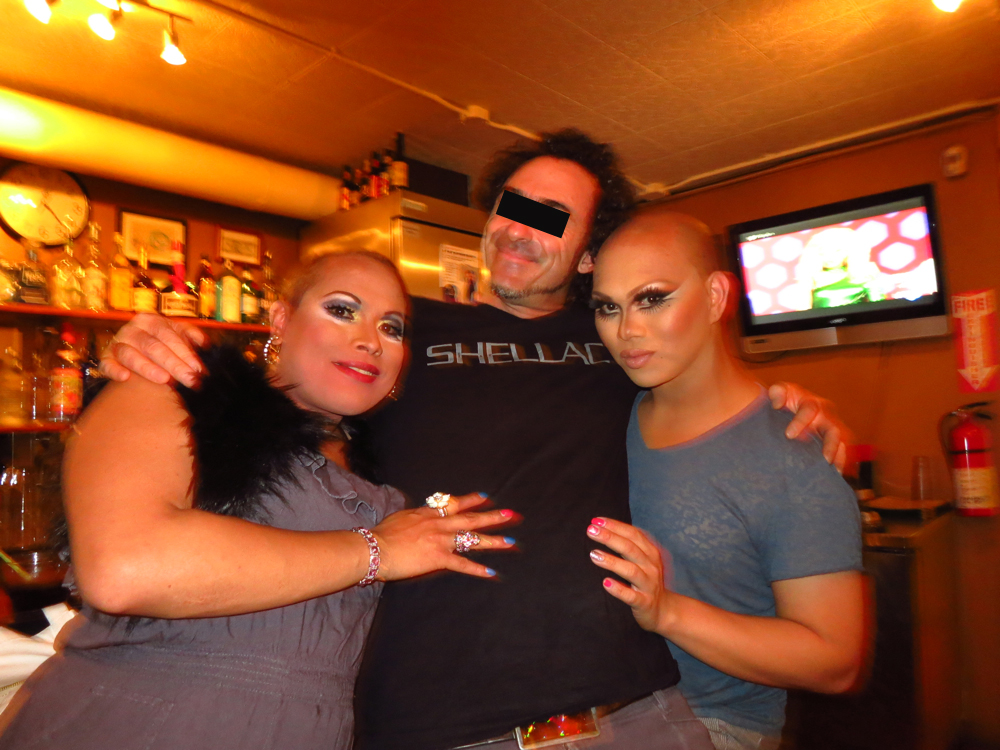 Between chatting about life, love and everything in between, they produced photos of themselves in their full glory, with wigs and ball gowns and all of the nines. Dirty Randy and I both agreed that we were in the company of two of the loveliest ladies we’d seen in some time, but sadly we had to pull the plug on the night in order to prepare for the following day, which promised to be a challenge indeed.

Oh yeah… And then I dropped my tube of toothpaste in the toilet.

Finally laying our collective heads to rest, we slept sleep of the imminently damned.

Waking up the next day and hearing that we would be doing a bike ride before engaging in self destruction seemed like a good idea but a bad idea, but probably a good idea. 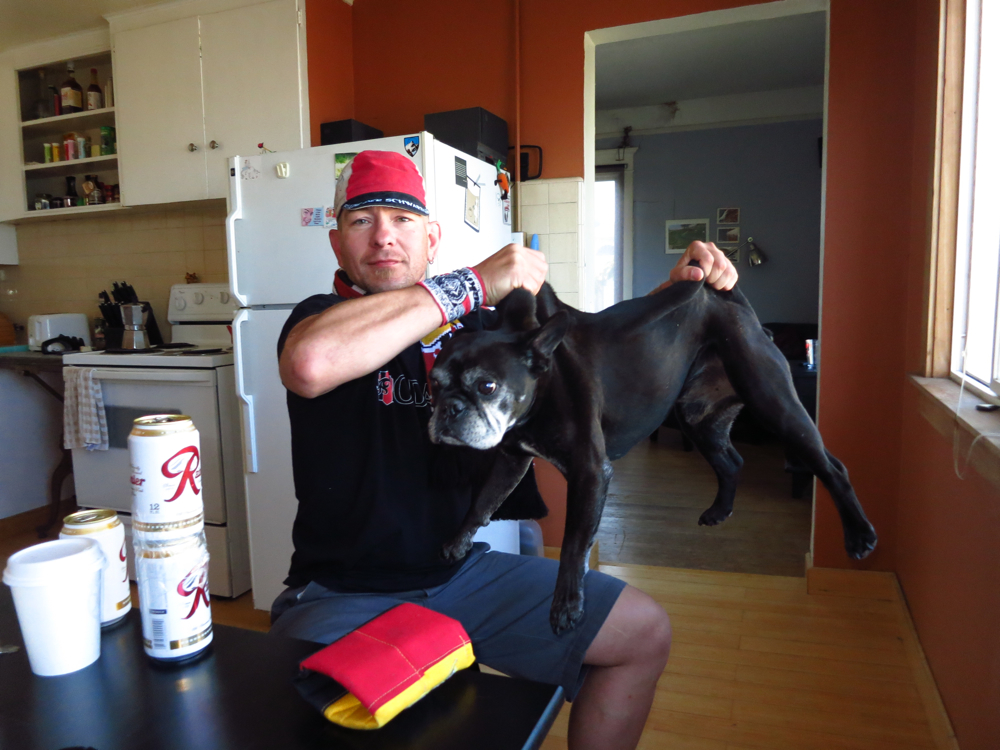 We finally got our acts together and met up with a number of the other Hodala personnel, boarded bikecycles, and embarked on our day’s adventure.

With Sally at the helm, the term ‘rolling shit show‘ is brilliantly applicable; 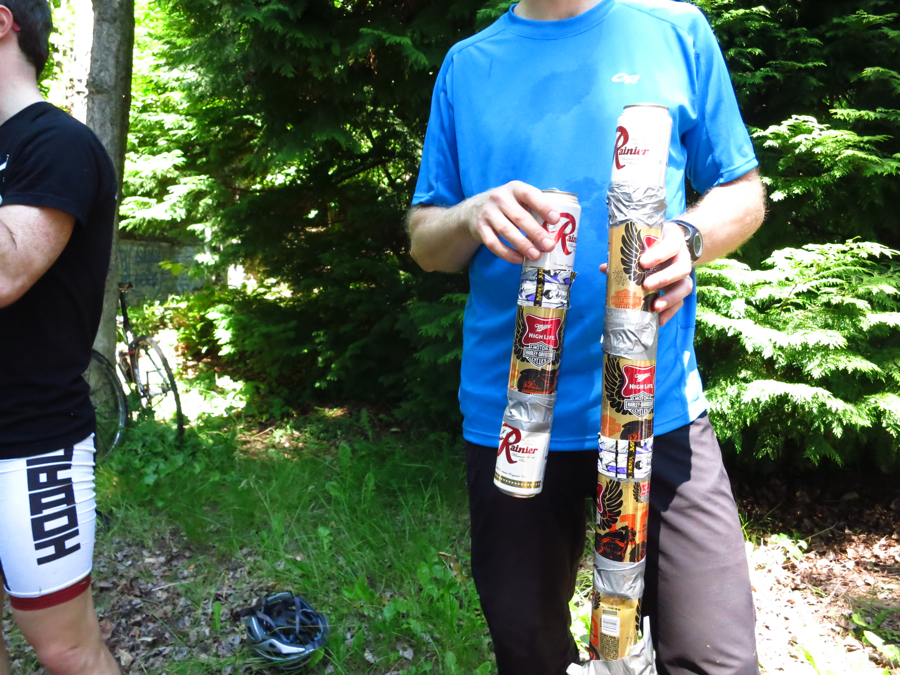 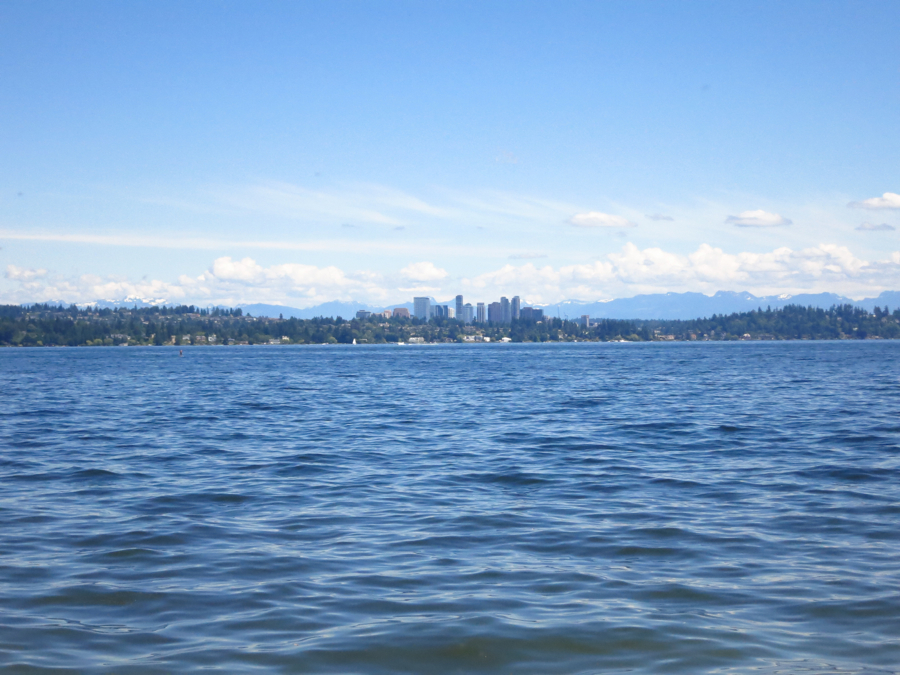 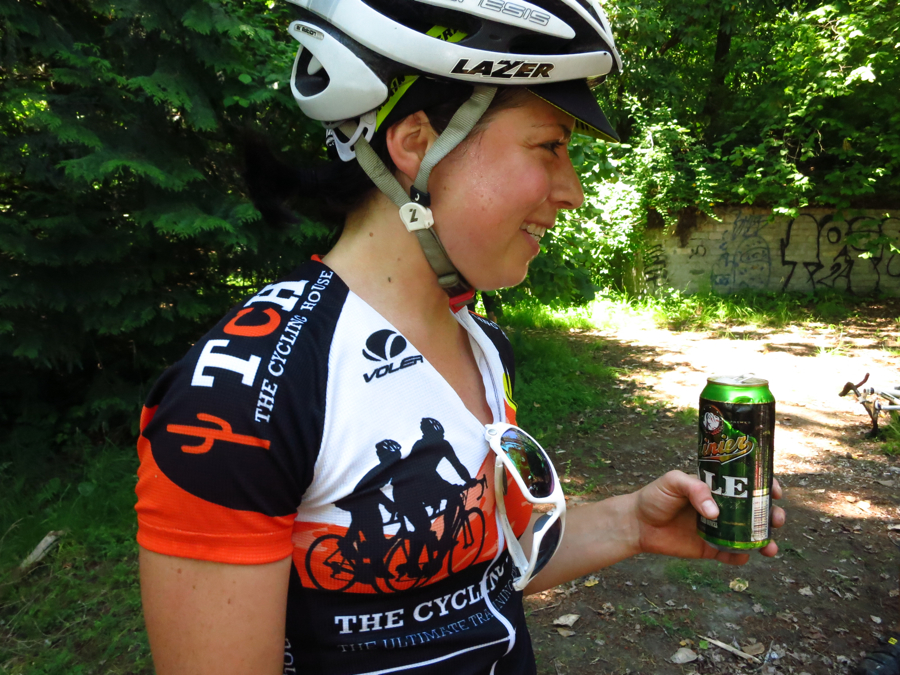 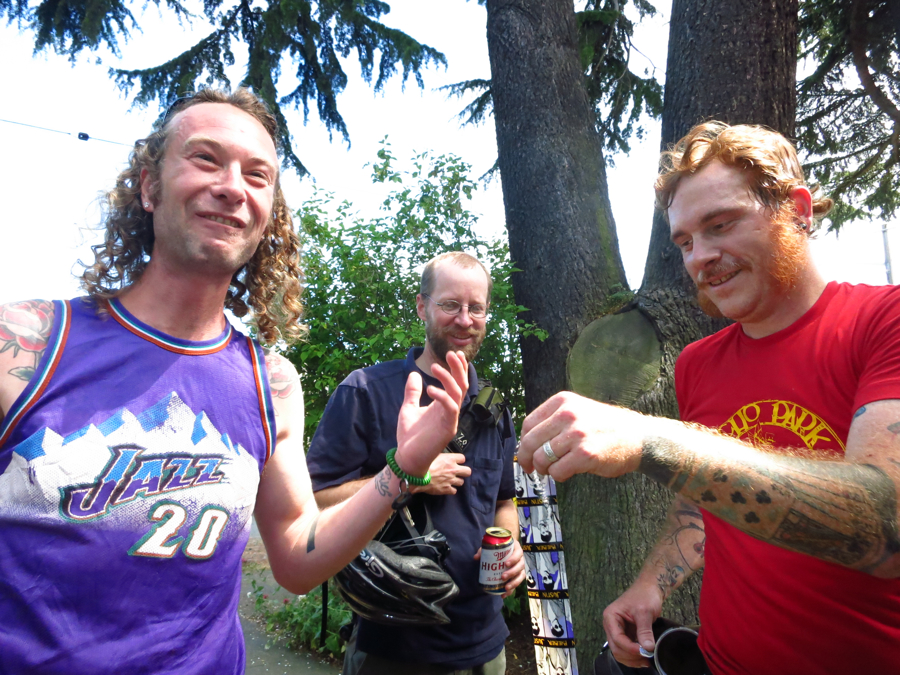 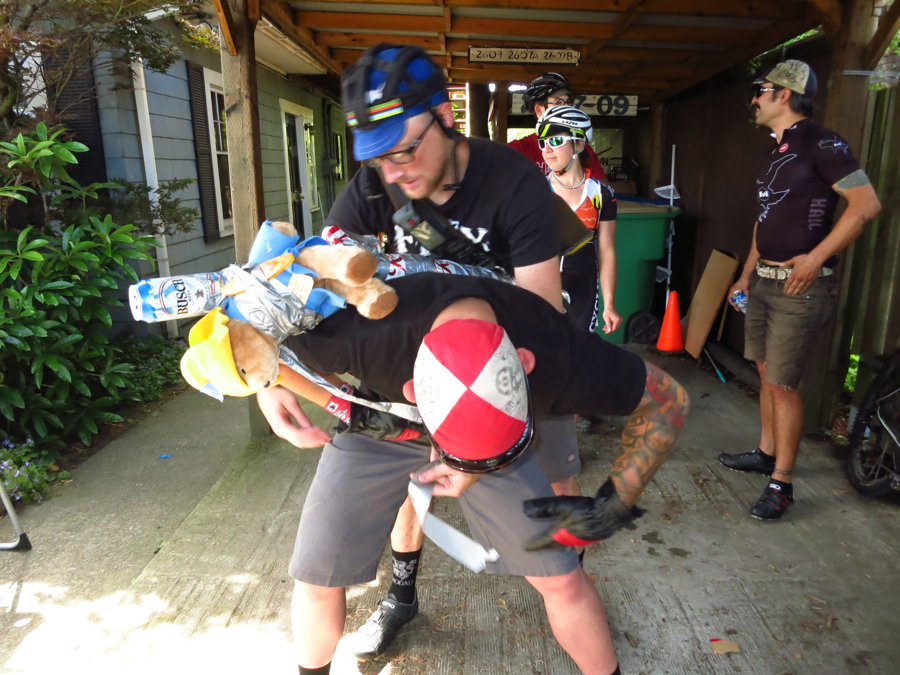 We hit high roads and low roads, and an array of urban single tracks. We rode on bike paths and next to golf courses and even on a beach for a while until I was yelled at very aggressively by a lifeguard wearing sun glasses with one of the arms missing. (The glasses, not the lifeguard.)

Anyway, day light was burning and we had to return to headquarters to prepare for a photo shoot: -With ace photog, Earl Haper at his super amazing studio. I would like to note that at this point, (for me anyway) was when the wheels Com.Plete.Ly came off the bus, and I would like to offer Earl a public heart-felt thanks for opening his space to us, as well as a profound apology for everything that happened as a result of him doing so.

Apparently there eventually will be a calendar celebrating at least this portion of the Seattle Cyclocross scene in which you can see all of the fruits of Earl’s labor, but until that time, the only two images I have, (probably thankfully) are the following; 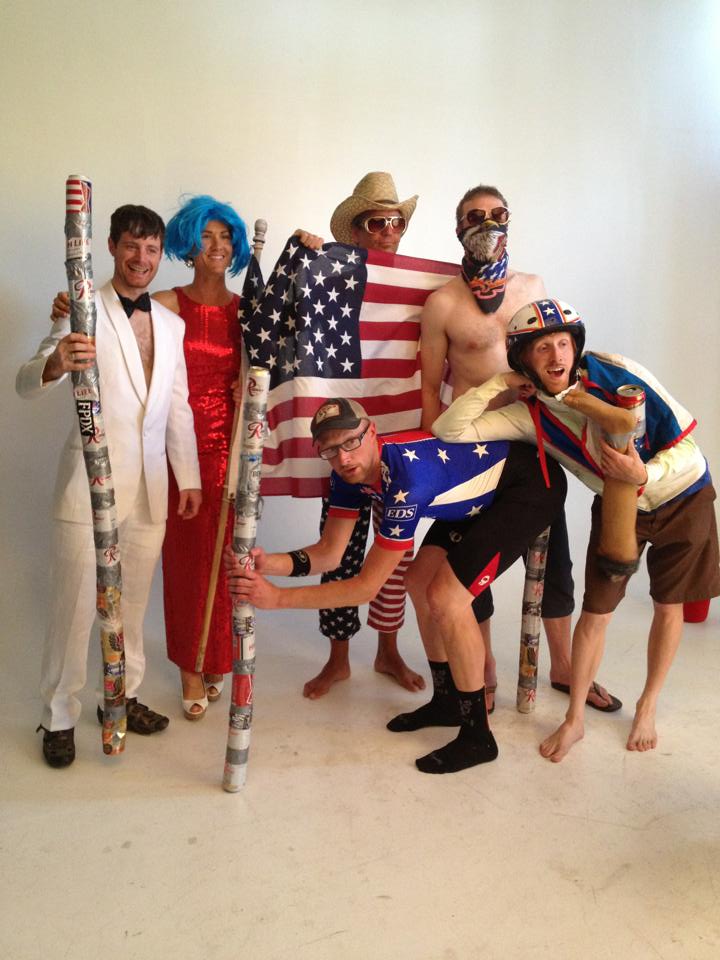 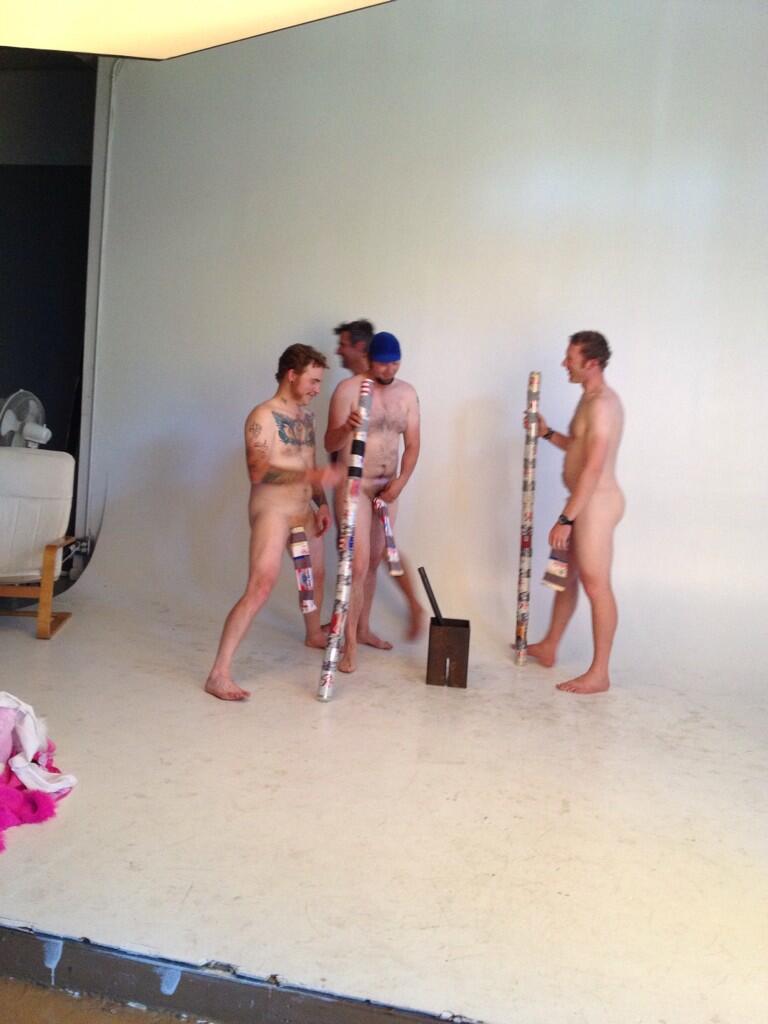 Then, inexplicably, (at least as far as my recollection is concerned) I found myself in a wrestling match, which I learned over two decades ago is very rarely a good idea and one that I’ve successfully avoided in those years since. Unfortunately that lesson temporarily abandoned me until I found myself in the business end of a headlock. The scuffle was finally broken up, and we all decided to adjourn next door for sandwiches, because what goes better with a bruised esophagus than sandwiches? Corndog of Dank Bags was in the periphery defending my honor, and we finally all agreed to disagree as we made our way to the parking lot where the previously mentioned bus wheels finally made their way back to the initial scene of the collision and caused full blown catastrophic annihilation.

Science would say otherwise, but we proved once and for all that it is physically possible to cavort one’s self into biological, physical, mental and emotional retardation; 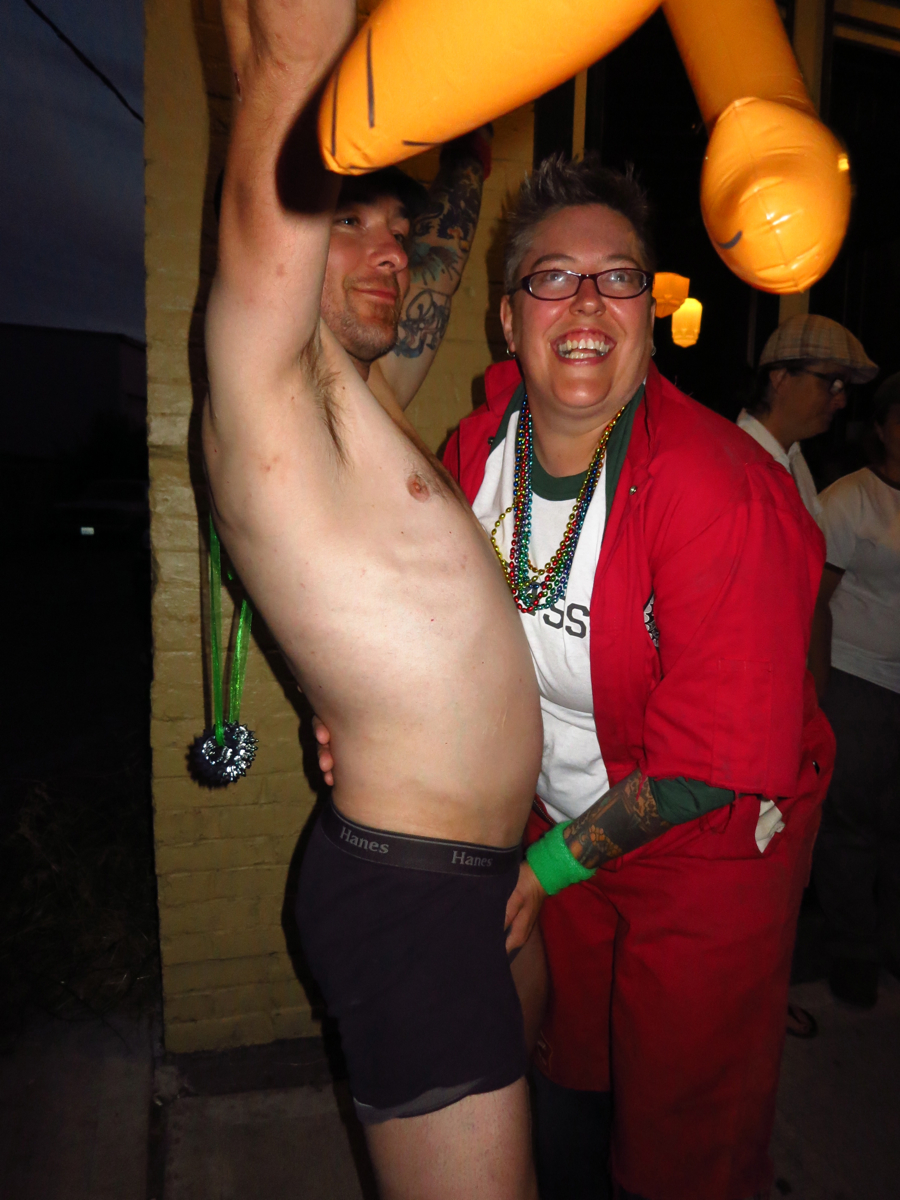 However, a surprising development which caught me slightly off guard was that once wizard-dom was collectively achieved by the group, we all simultaneously gained the power of invisibility. Had this not been the case (certainly for my part), repeated unclothed intervals on the train tracks before the sun had even gone down would have assuredly been noticed by Johnny or Joanne Law, and dealt with swiftly. Alas, my near-nakedness and towering staff provided me with a stealthy cloak which kept me from a return to the tank.

Anyone who has read my tales from the sea (SSCX Worlds, Homie Fall Fest, any trip to Portland, Interbike, etc.) knows I’m no stranger to danger and have on many occasions emerged from similar festivities a victor. Beaten and battered, but in one piece and ready for the next round. I’m not ashamed to say that waking up on Sunday morning, I was contemplating religion, and ready to dedicate my entire existence to a power much higher than myself.

Once the fog began to clear, I parted ways with my fellow “Knights of The Clown Table” to join up with the delight that is ace homie MCB– (there’s no bad mood that that loop can’t fix) for a chat and some time kill. After spending the afternoon with her solving the world’s problems, I reflected back on that search for a higher power. I was clearly in need, and headed head-long towards the loving embrace of the highest power of them all, being that of my parents.

It had been a little bit since we’d crossed paths and it seemed most appropriate that Mike and Sue Kinevil and I should make our way to a backyard barbecue of the impresarios of niceness, Mark and Jen Pilderwasser; 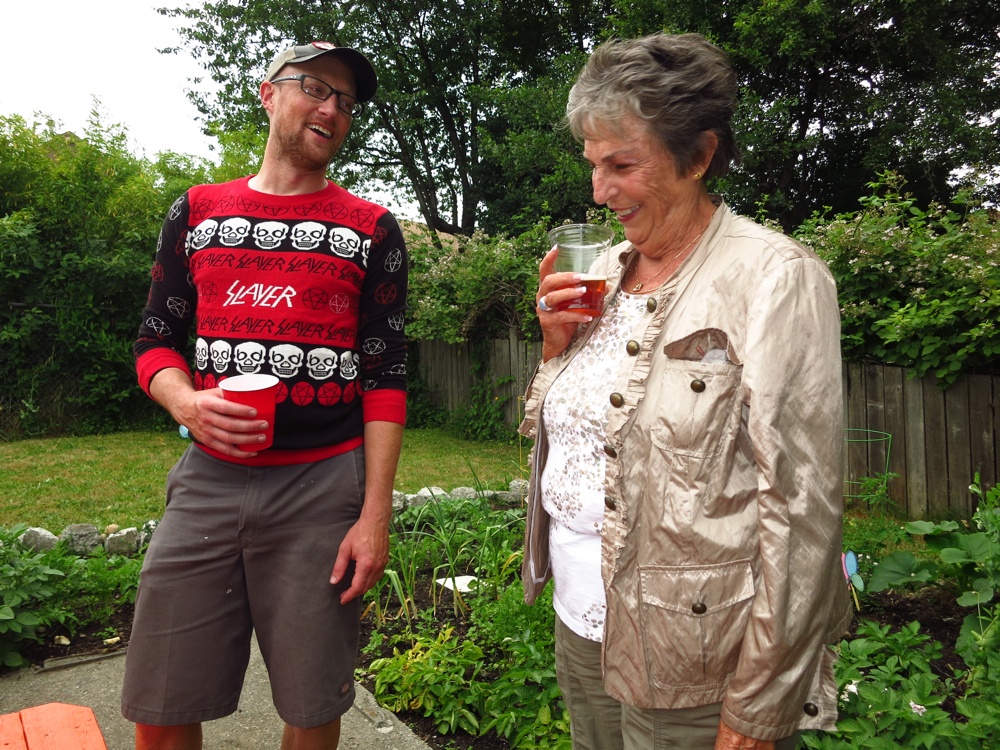 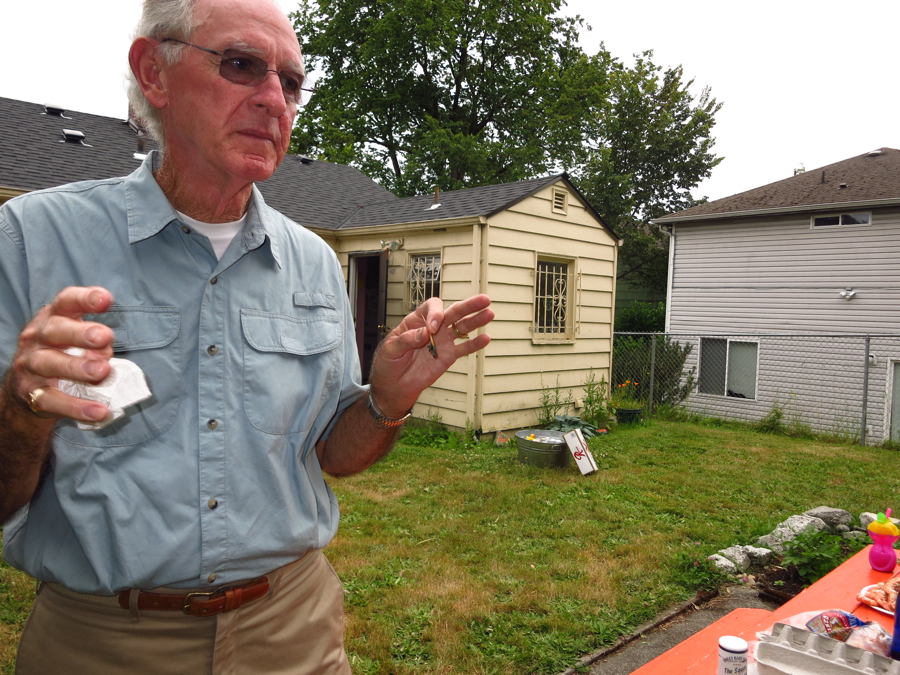 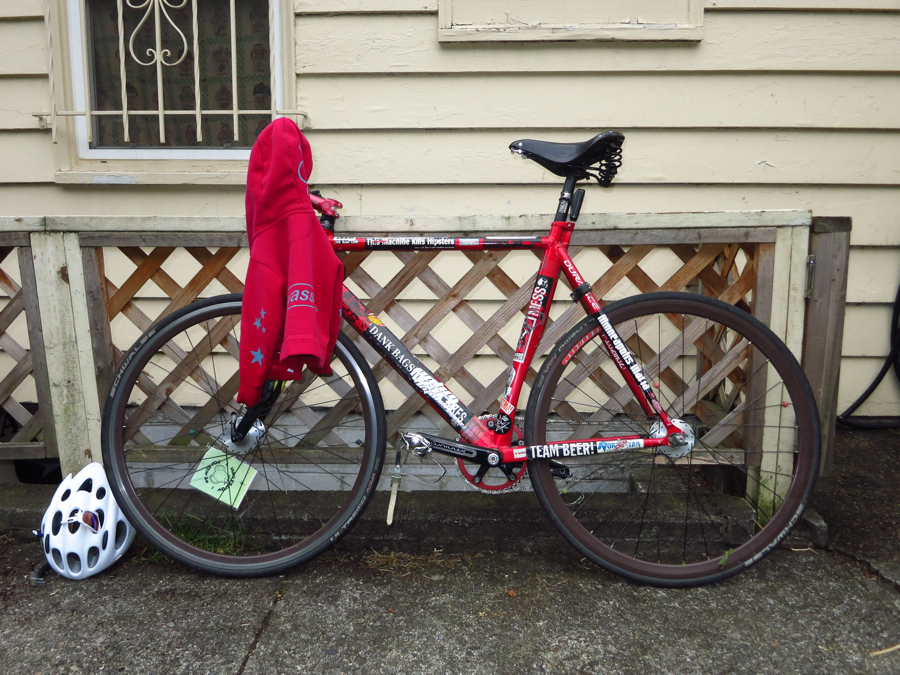 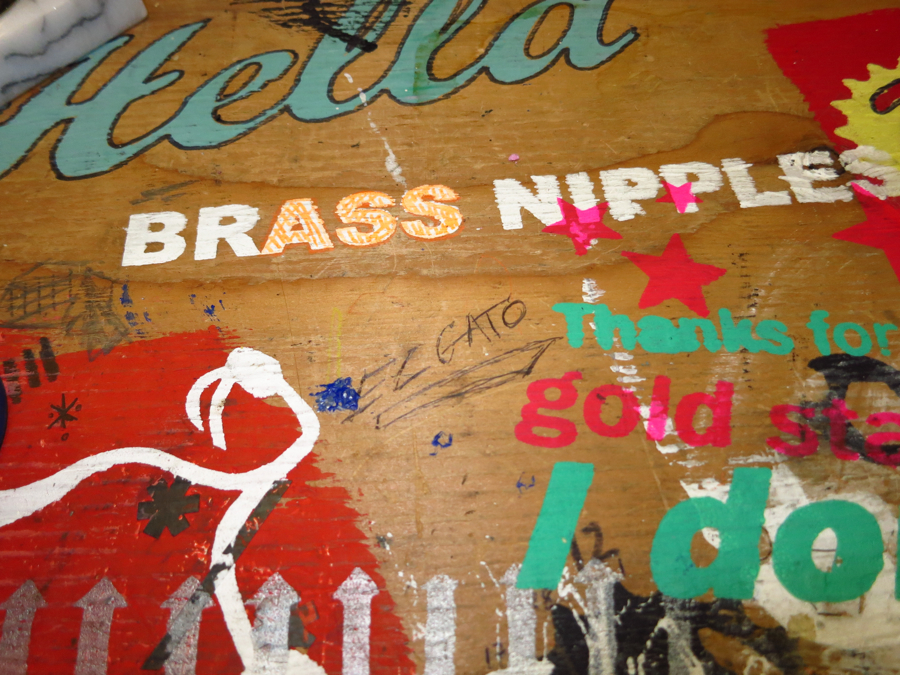 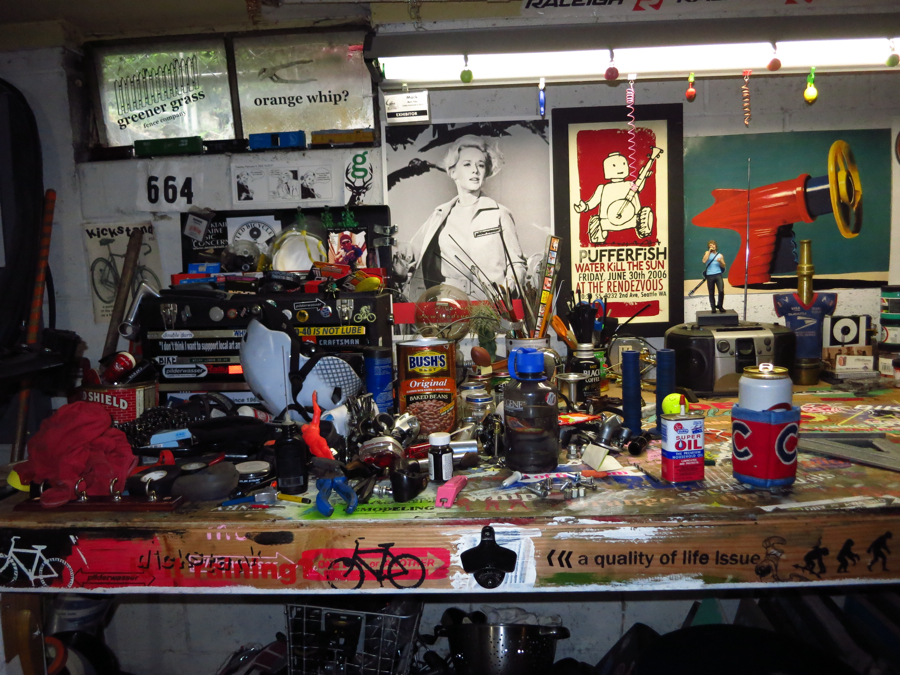 With all of the love in the air, and stories being swapped, the debauchery that was just in the rear view mirror seemed a bit easier to process.

That is with the exception of the blackish eye Sundt received after contact with the top of his staff which may or may not have been my fault; 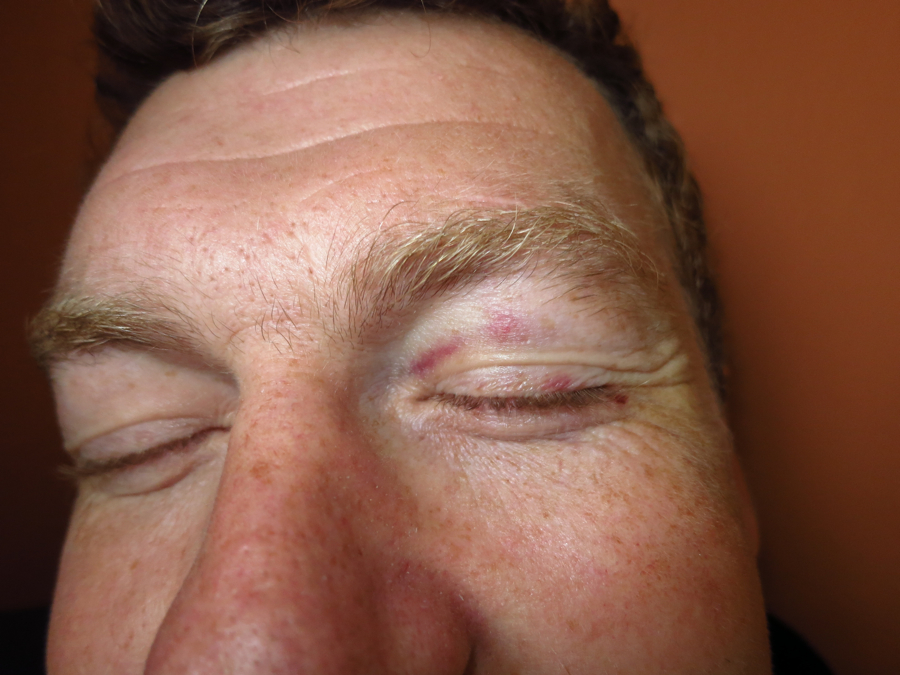 I eventually parted way with both portions of my family…. Those who are biological, as well as the individuals who for better or for worse, are adopted, and I got the hell out of dodge with my tail firmly tucked between my legs, but with a crooked smile well in place across my chapped lips.

Seattle was good to me, and horrible to me and provided a selection of fuzzy stories to tell until the next train wreck.

As the adage goes, cars, (but in this case, W.S.A.T.U.) make a pretty good screwdriver, but after this weekend, it clearly was misused as a hammer.

5 Responses to “With every turn of the screw…”