But I kinda burned it. 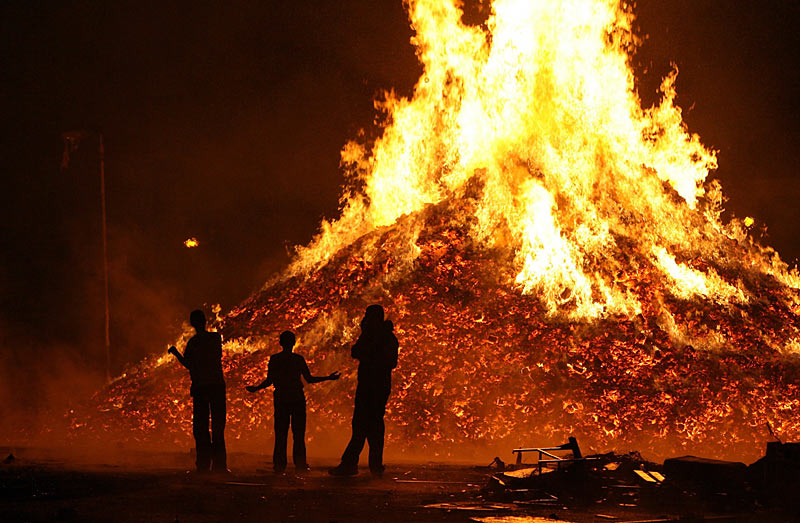 “I don’t need to keep ahold of my emails while I’m traveling” I thought. “I’ll handle Monday’s post when I get home.”

So I set out to continuing deleting everything that came in just to keep my plate clean. But then it occurred to me that I was flying home late last night and the panic set in.

With that said, let’s start to dig through the rubble and see what we can salvage.

Firstly from Ian, I received a number of various graphics for the same cross series in a place called Belmar Park. Do you know where that is? I hope so, ’cause I sure as hell don’t;

“Stevil,
Hopefully you’re busy as all hell. Read a past post of unhappy times. I’d sent you one of the race posters previously. Here are the rest of the weeklyish ride posters. Enjoy.
You are the only other person who has seen them collected in one place other than the trash can by the old fridge in the shop. 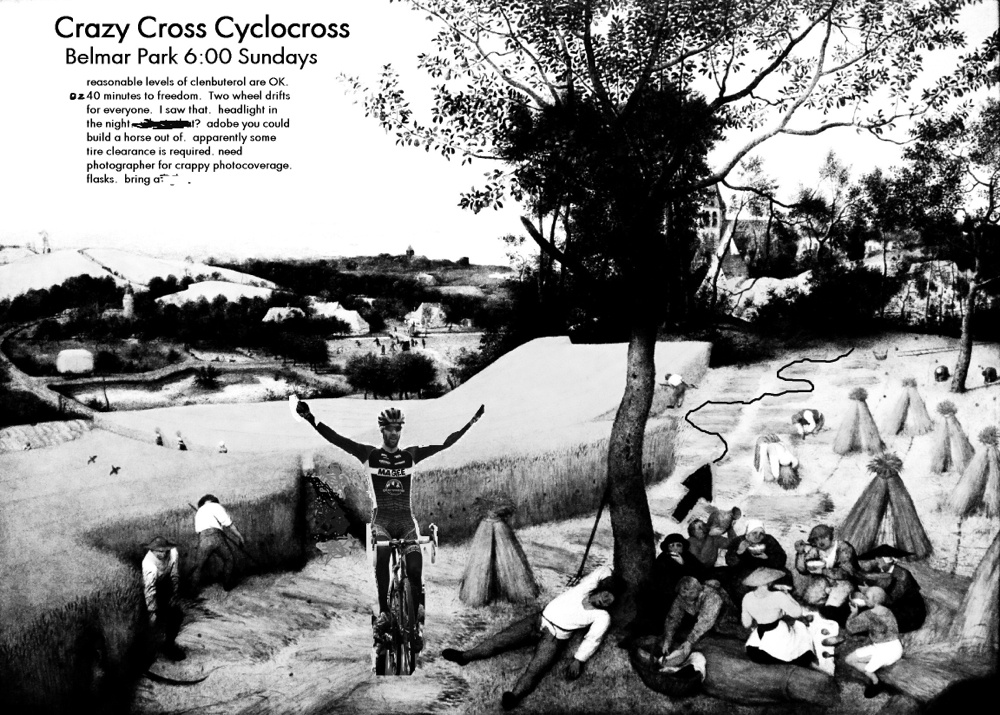 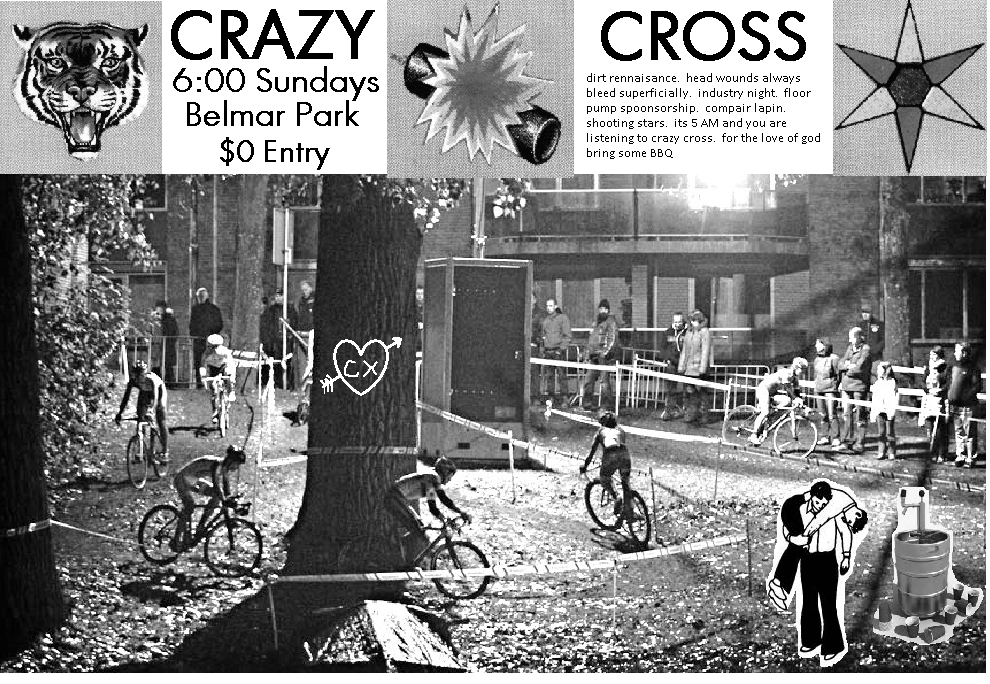 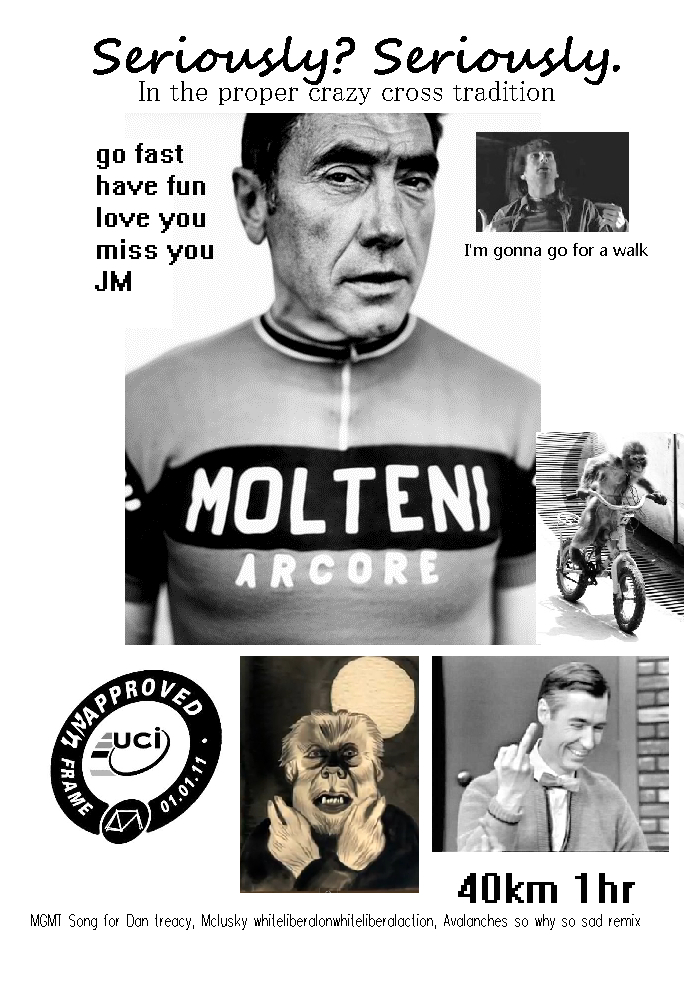 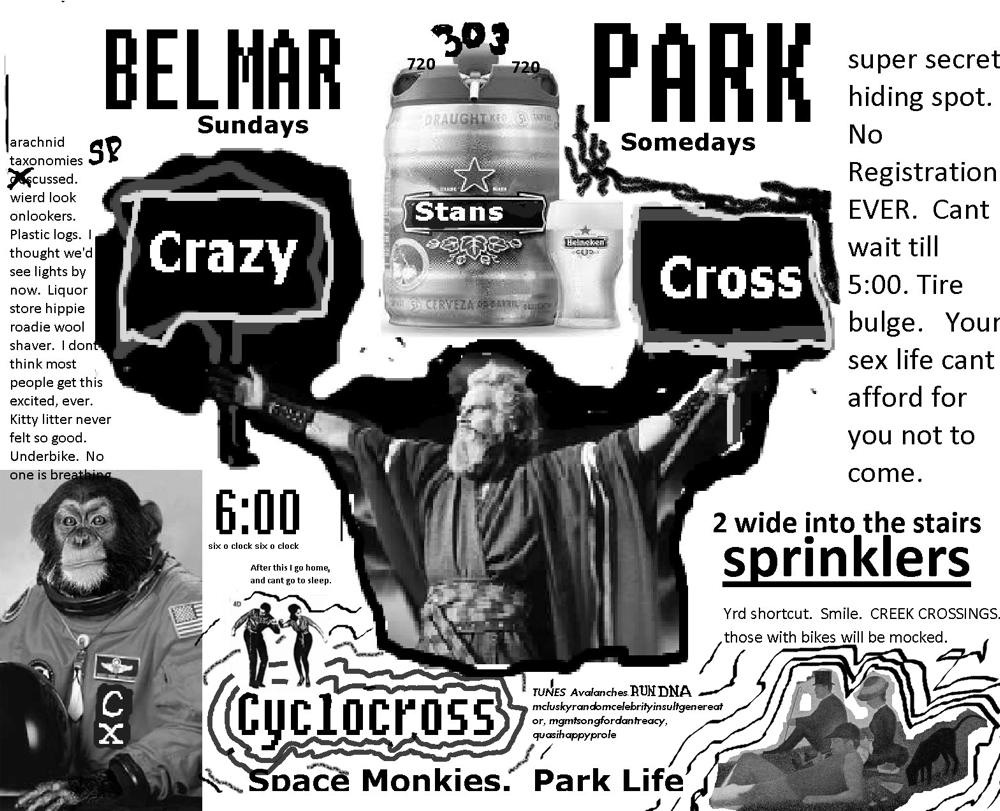 Based on my world class detectiving skills (The 303 and the 702 in the last one), I get the sense that it’s on the Front Range.

While we’re on the topic of the Front Range, Ben from Swobo came through with a thought both short, and sweet.

“I know you’ve got this covered.” 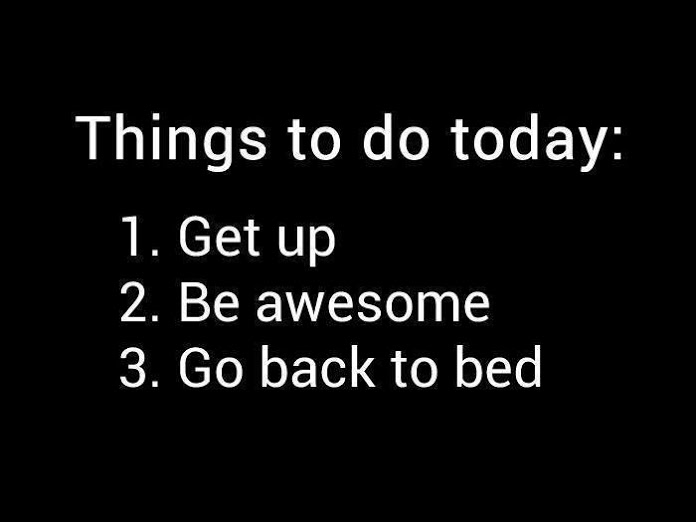 I don’t know about the second one, but I have number one and three on absolute lock.

One night nearly all of us can agree will be awesome is happening in the midst of the upcoming Underbike Industry Mixer®; 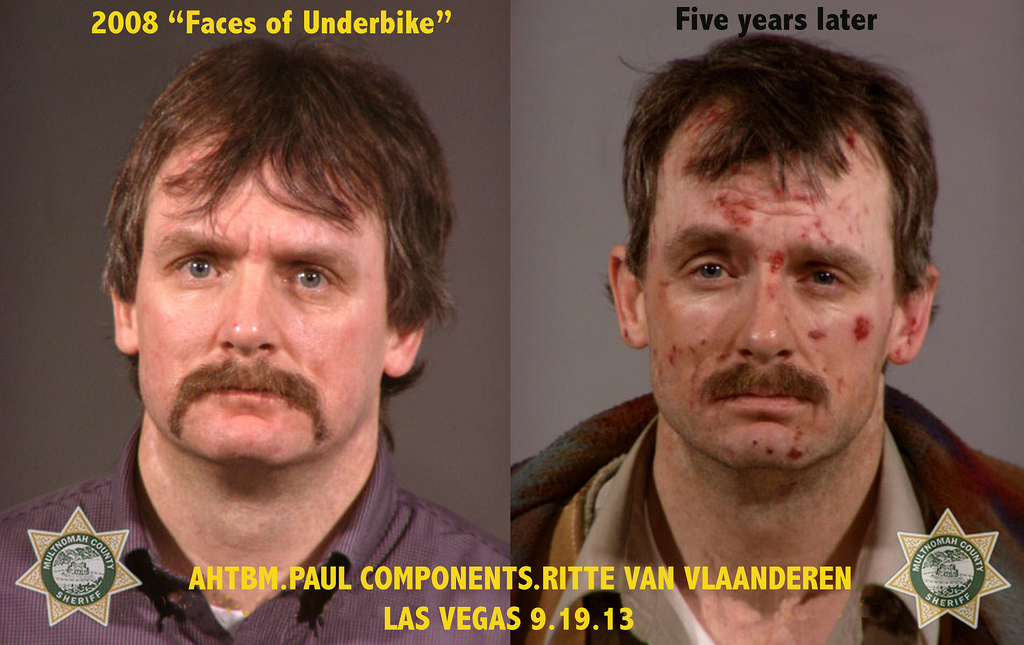 This is the fifth year I’ve organized the Mixer, and with each one that’s passed, it’s only gotten more convoluted.

Friends and enemies have been made in the process of attending these events over the years, but most importantly, there finally is a party tailor made for the rest of the people in the bike industry.

You can have your Sinclair and SRAM events. The Underbike Industry Mixer® so far has been the throwdown for all the square pegs, as well as those who wish they were, and this year promises to be no different;

Oh, you’re not familiar with big rock and roll sounds of The Black Jetts you say? 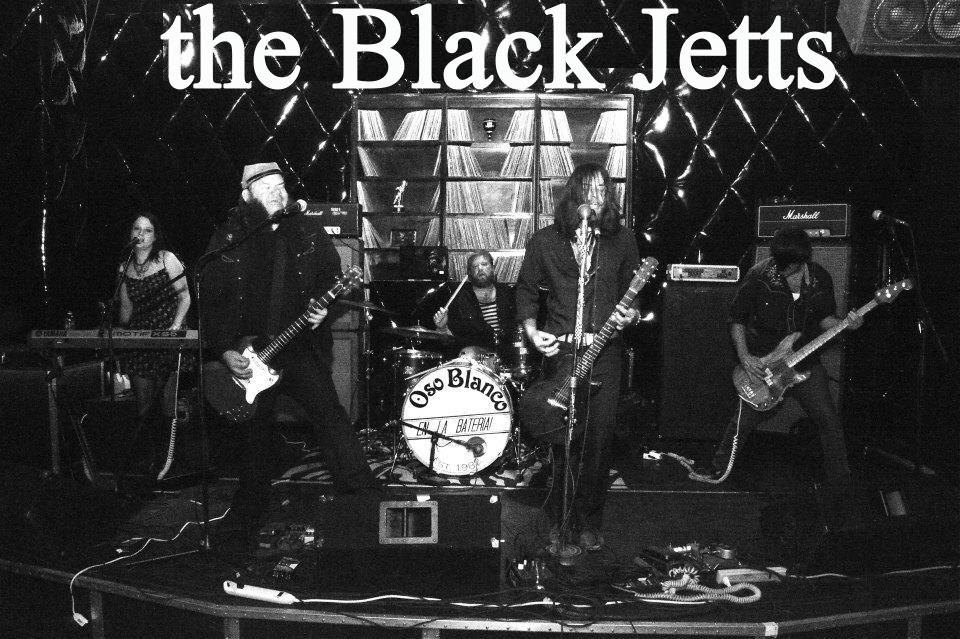 Don’t worry, soon enough you will be.

And I would like to note that finding this band was easy enough, but tracking them down and actually making contact was at the very least a month long excursion into the seven rings of Hell, but to make the Underbike Industry Mixer® a proper bash, no effort is too great.

Why isn’t the party at the Double Down again this year, you say?

Because they ran out of beer last year, I’ve been having parties in capacity or another there for fifteen years, and like a plate of food I’ve taken two bites out of, it bores me.

So ladies and gentlemen, boys and girls- Prepare to have yourselves a fine time and welcome to the greatest show on earth… Until next year.

How you been? Got a quick question for you, my friend Eugene in Oakridge puts on a super cool 55 mile mountain bike race in September, any chance of getting a mention on your fine website? He is good people, old friends with Garro and Hunter, just another fool like us trying to make something good happen. Let me know what you think, website is www(dot)Fat Fifty Five (dot)com.

If you want to give a shoutout to him it would be neat.
Thanks, hope all is well.

It was just last week when Rick and I were discussing the amazingness of Oakridge. Personally, I’ve never ridden there specifically, but I’ve ridden nearby, which is stellar beyond description. 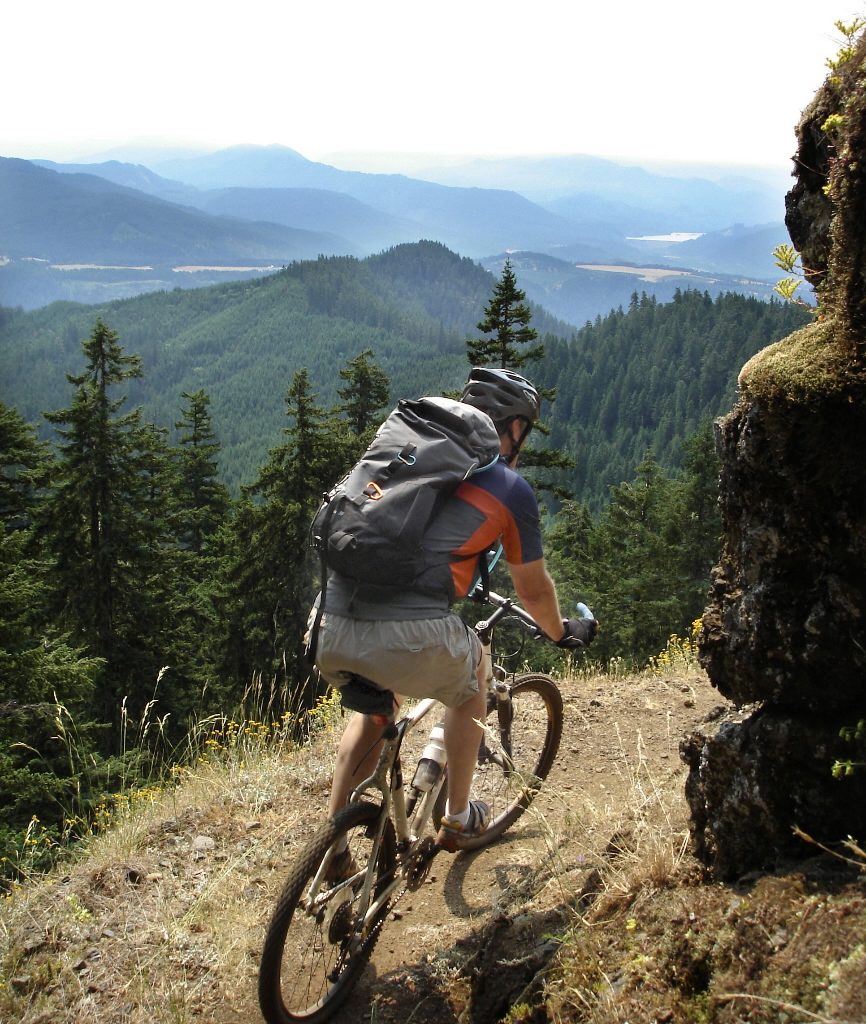 Why, if the fellow depicted above (which I found in the Googles) riding there with his elastic waistband, pie plate, elastomer suspended fork, and bar ends can get rad there- (that’s not fair. I loooovvveeeee bar ends), then just imagine what you could do.

If you find yourself in the area, and 55 miles of some of the most sublime singletrack the state has to offer sounds good, treat yourself to a long weekend.

Lastly, and only having something to do with that, a little- Robin came through a couple of weeks ago with a plea for a friend;

The squirrels seem to have come from nowhere. Hopefully you can train them to steal gold and jewels and sandwiches, since they are sure to be natural cat burglars.

I’m writing today to point out our mutual friend Todd Ingermanson is attempting to pull himself up by the bootstraps from the financial ruin that uninsured bitch dropped him in when she crashed those boys out. Maybe you could use your internet powers to herd some folks his way? 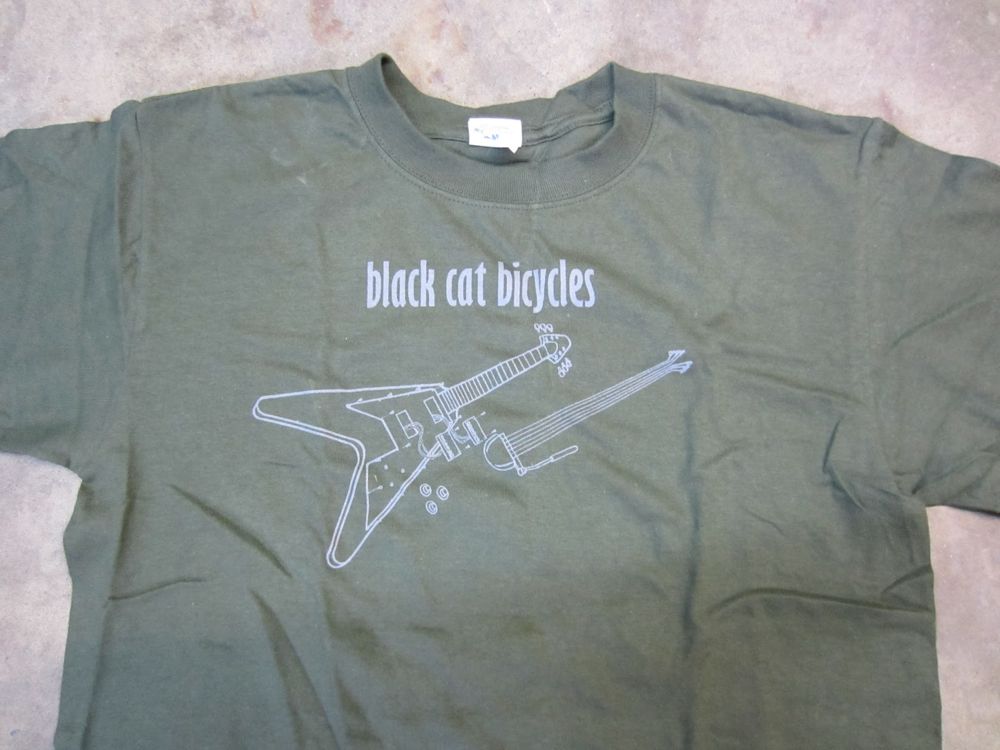 I hope you are well. As always, if you’re down here get at me and we ride! I know where the trail-side hooch is stashed.
Robin”

You might recall the specifics of Todd and our other friend KB getting creamed by a young woman and her automobile. If not, the short version is they are still both wracked with injury, and she is free to drive on the wrong side of the road for another day.

Buy yourself a shirt, assist a fallen soldier, and for the sake of consistency, set some shit on fire.