How about that cry fest on Monday, huh?

My face is still all sticky, but not from sobbing like an idiot. It’s cause I eat cake with no hands. And when you ride a fattish bike, you need to take steps in order to maintain the appropriate physique.

Anyway, enough of that emotional nonsense. It’s time we butch it up and get on with business.

Soon enough mountain bikes will be the new tiny bikes and the cycle will begin anew.

And kinda speaking of one of those kinds of bikes, Marin works at a shop in Santa Cruz called The Spokesmen, and sent an email regarding an upcoming bash that ifin folks would like to get to, they should.

It’s Marin as in redhead- Marin from Spokesman, or Marin Willie’s Marin, or Marin that rides that white Hunter 29er… We’re having a Cross Bash at the shop on October 10th Beer, food some hand built bikes and other giveaway stuff, love it if you were there… Starts around 7, hoping it’s gonna be an all-nighter. Bikes welcome, we can park ’em inside.”

I asked if they had a flyer for the event, and she said they didn’t, so firing up the Photoshop machine, I made a super sweet one for them; 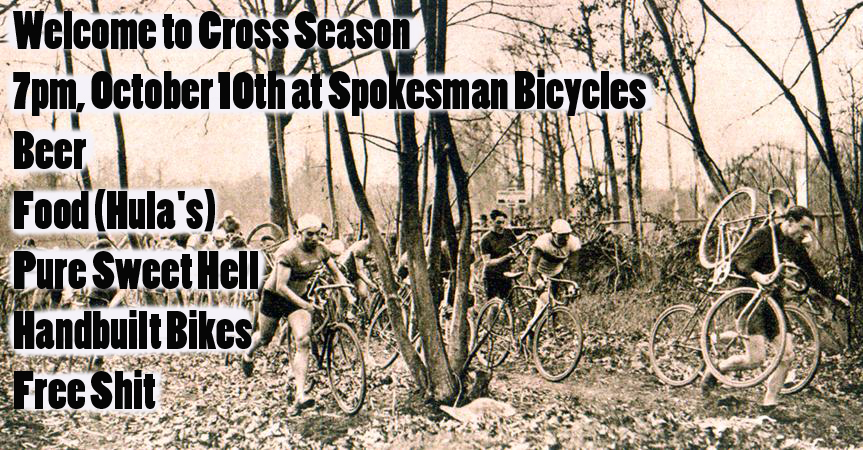 Some people get paid a hundred dollars an hour to do such work, and if that was my rate, I would have just netted myself a cool twenty five cents.

If you go you might even get to rub elbows with one or both of the Jacques-Maynes brothers, but because I’ve never seen both at the same time, I’m still not convinced there are two of them.

And that new/old timey flyer inspires me to pull the following clip out of the archives and give it a bit of a dusting;

I can’t quite wrap my reptilian brain around what I’m watching however, as I was under the impression that cyclocrosscycling was invented in Portland only six years ago.

Anyway, then happening little later into the month of October, Eric got in touch about a bash up in BC which I sent exactly one package of dirty socks to in support of; 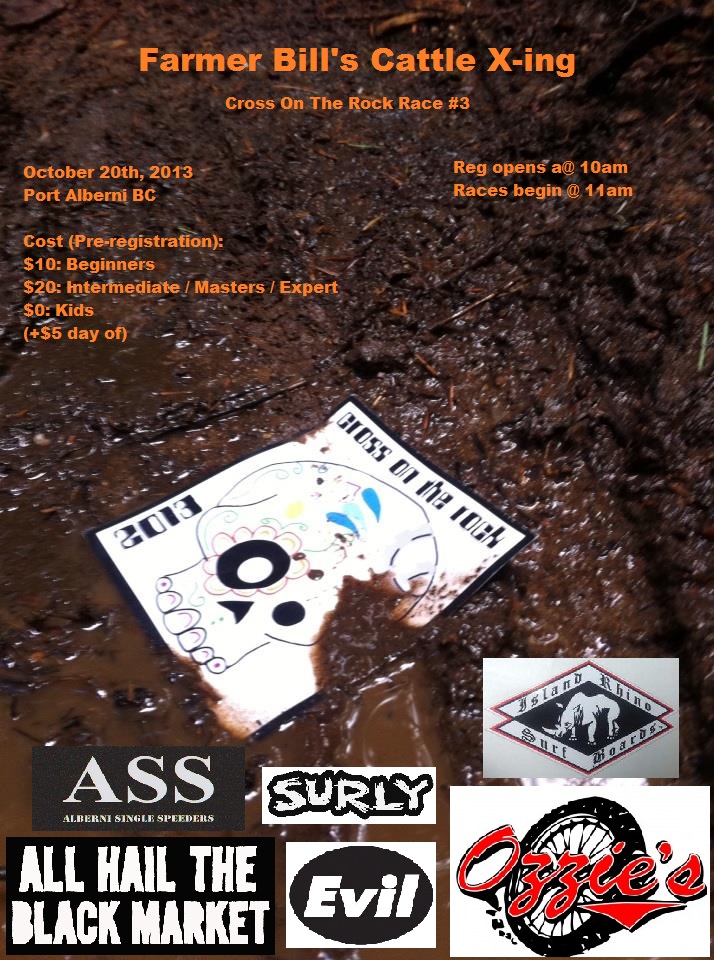 Sponsorship has its privileges.

Because I’m a sucker for fuzzy buddies of all walks, Jimmy from SRAM (I’m sure they’ll appreciate the link) sent along a heads up regarding one in particular;

Saw this poster in Seattle, WA over the weekend and thought you would appreciate it. Our Pal Brian Butler (I sit across from him at work so yes, I do have to stare at his face all day long) immediately told me to send it to you when he saw it. Enjoy! I guess the lesson here is that we should leave Grey alone.

Conversely, all eyes need to be peeled to assist in Cody’s return; 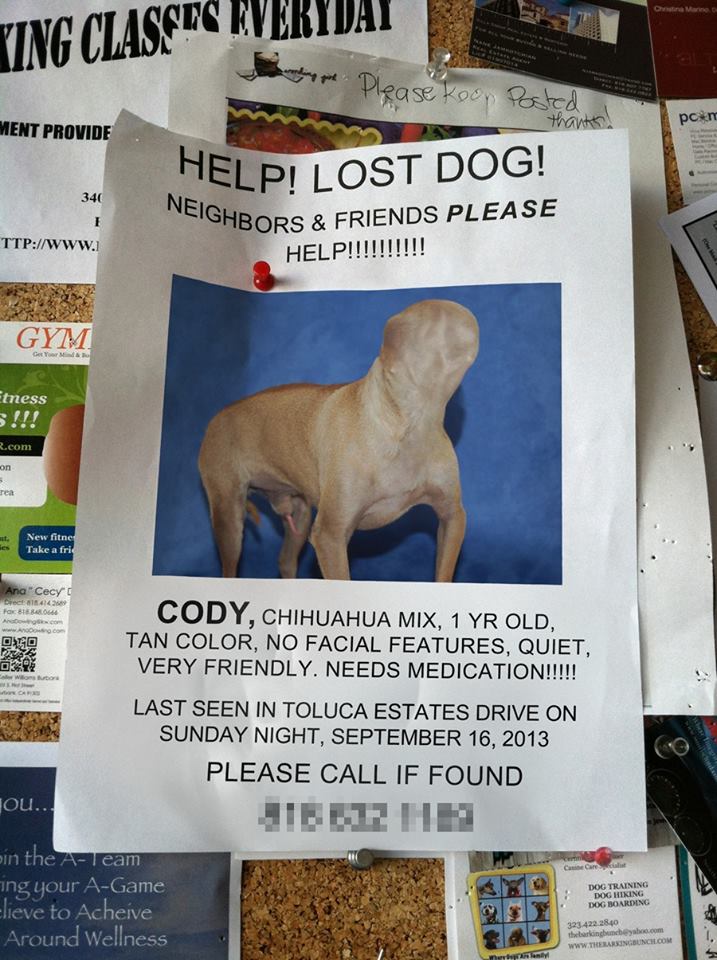 If for no other reason that he has none of his own.

Crying for him is optional.

6 Responses to “No time for tears.”