As I begin today’s effort, both of my hands are on the proverbial shovel, while simultaneously scratching my ass, and so goes the life of a bike blogger douchebag (same dif).

Firstly, I’d like to offer a hearty congratulations to Ms. Katie Compton for being one of the honchiest honches to ever throw a leg over a bike with her recent twenty first World Cup win; 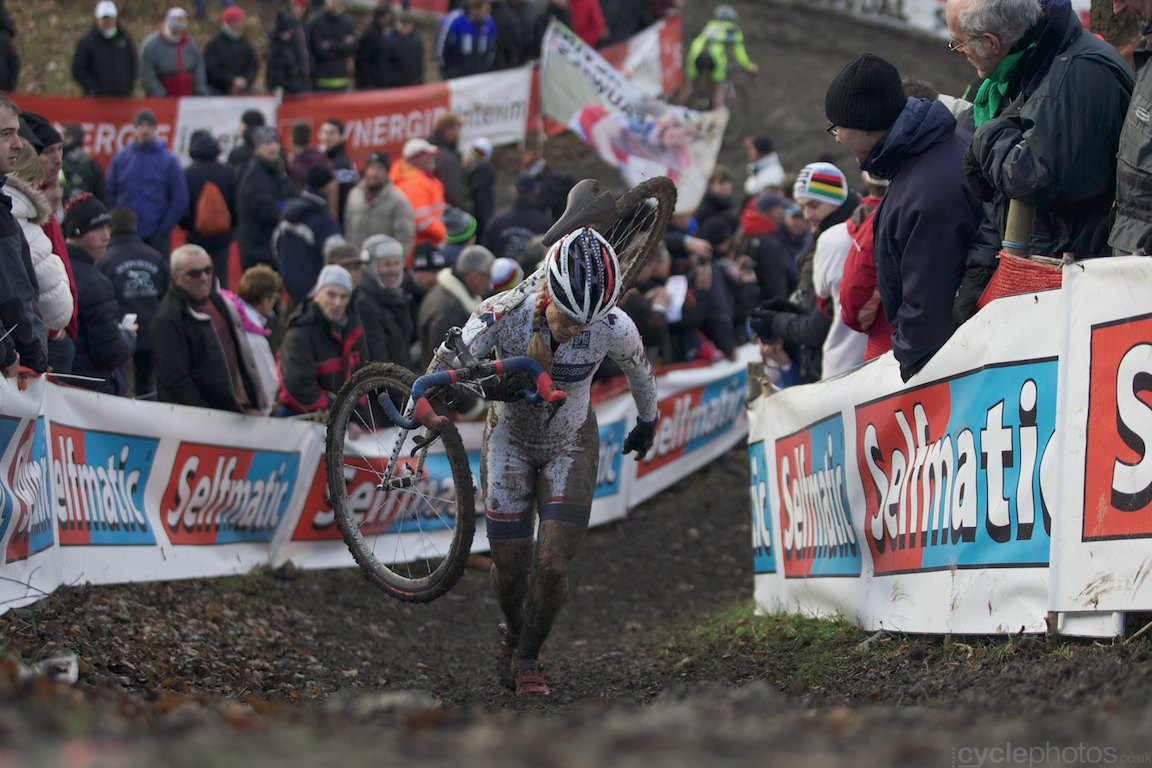 Photo snagged from Cyclephotos UK
It was with this victory that she has won exactly twenty one more World Cup events than I have, which if I don’t miss my guess has probably left her feeling pretty good about herself.

However, if I start now, I think I can probably beat that very admirable record by the time I’m in my sixties, though probably not without an abundance of pharmaceutical assistance.

Not that the topic of doping within the world of bike racing is one that any of us prefer to dwell upon, but for those who would like to read what in my opinion is the most comprehensive dissertation on the matter, please refer to this piece written by Vernon Felton from the inaugural issue of Paved (rest in peace); 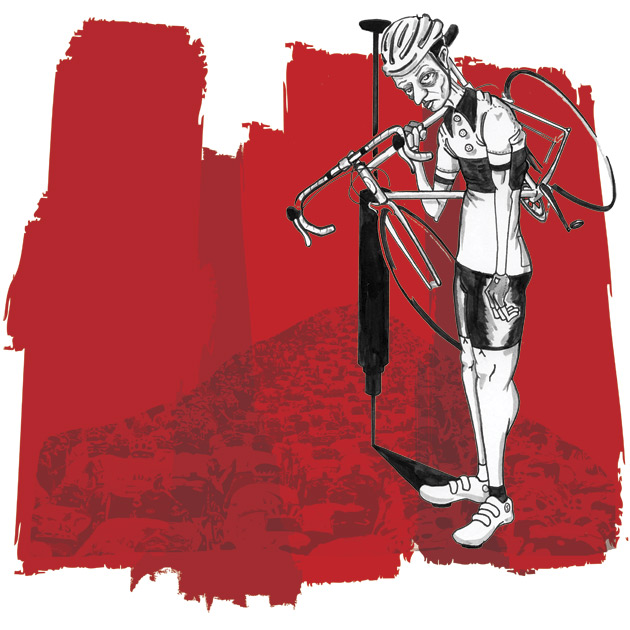 Throughout the article, Vernon repeatedly hit the nail on the head with dozens of precision swings, and dare I say realigned my perspective on the matter entirely.

But back to amazing women who do amazing things for a second- It’s come to my attention that there are two such individuals in Chicago who are doing just that; 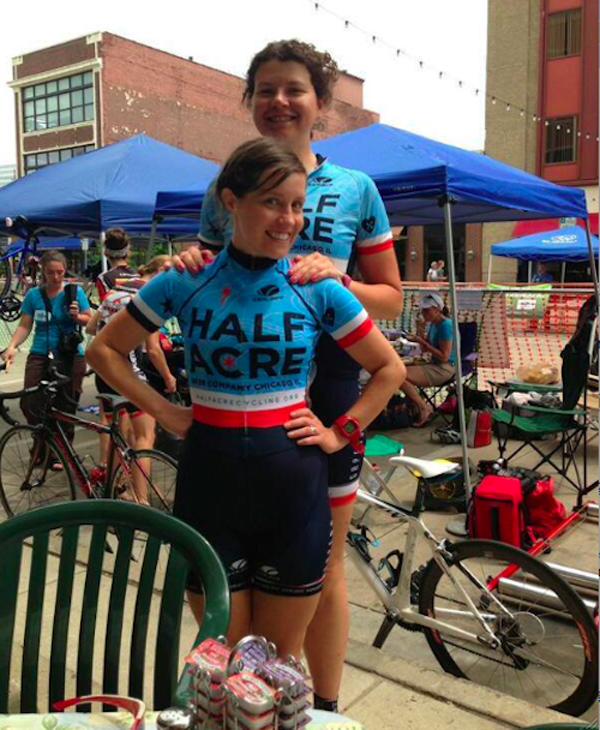 If you’d like more info, and/or to assist in the BFF Bikes project, go here for the full skinny.

In other welcome news, via their Fcebook page, I’ve come to find that Maximo Supremo residents Paul Components has passed a very notable marker;

“This is our 25th year makin’ nice parts. In the beginning Paul worked at Mountain Goat Cycles in the day and worked in his garage at night on some new mountain bike part ideas…That’s him in the lower right circa 1989.” 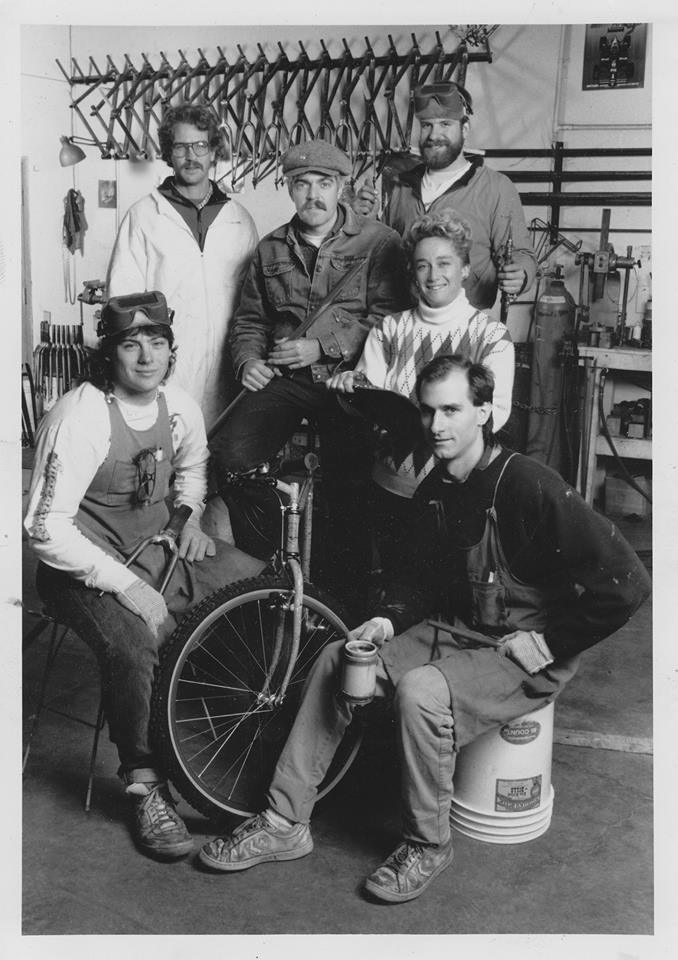 There are a lot of things I love about that photo, not the least of which is Paul’s luxurious mane of hair.

I’ve been a staunch supporter of all things Paul since very nearly the beginning of his operation, and in turn, he has been committed to this site, my race ‘team’; -and all things precision, aluminum, and awesome for which my gratitude is eternal.

Here is to at least twenty-five more years of ever increasing success.

In news of “oh man, did I ever drop the ball on that one“, shortly before Santa Day, Chris sent me the following email which sadly I neglected to post in a timely fashion;

“Hi Stevil,
I do a small ride every December called the Krampus ride and I think you might be into it. If so, a Facebook share or any sort of spreading around you could do would help a ton. Basically, I collect money online through paypal and the day of the ride (Saturday the 21st) we go to independent toy and bookstores in Minneapolis to pick up toys and games and books and drop them off at the People Serving People homeless shelter downtown. There will be whiskey and there will be costumes.

100% of donations go to buying toys and books for the kids at the shelter. No overhead, no BS. All are welcome and encouraged to ride with us. Drunken do-goodery will abound, come sun or thundersnow.

Tell your friends and yeti friends. Thanks!”

Right about now you’re thinking “what an asshole. How could he have spaced out on posting information about that? He must hate children.”

And you’re totally right. I replied to Chris with my tail tucked tightly between my legs and my heart and hat both in hand begging for his forgiveness. Being the happy mid-westerner that he is, he forgave and forgot declaring that I was still alright in his book.

Which is more than I would have offered me if I was him.

Anyway, it looks as if they had a good time just the same, and did right by some kids who genuinely needed their help; 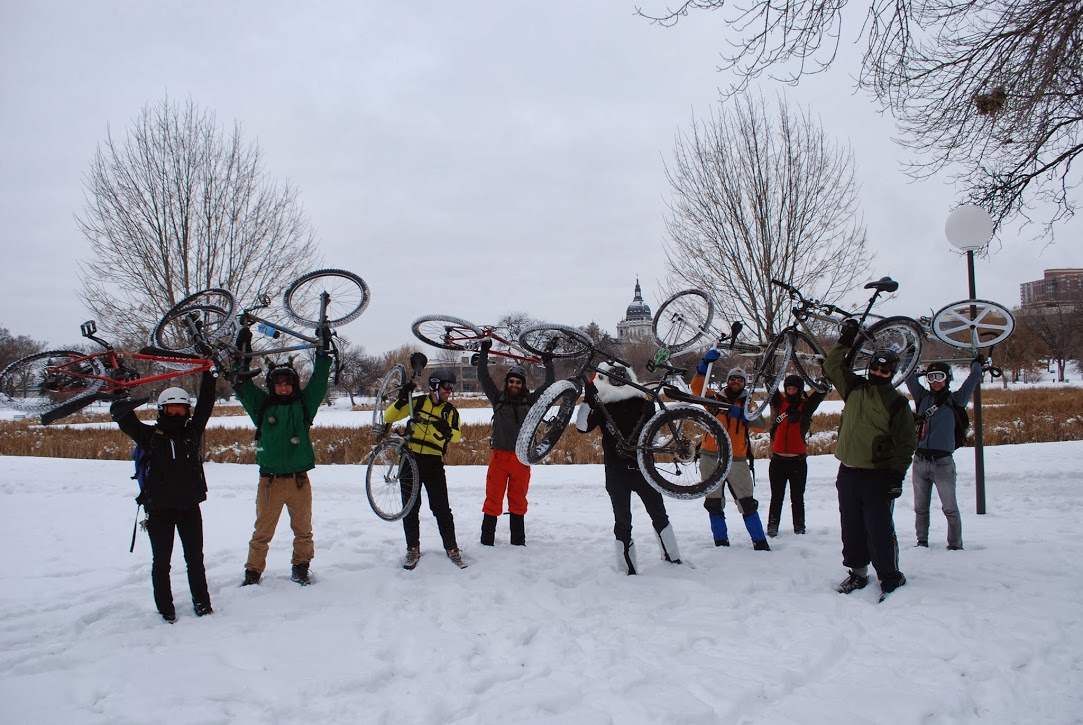 Maybe next year I won’t inadvertently be such a grinch.

That is if I don’t find myself neck deep in another one of those days.

7 Responses to “It’s gonna be one of those days.”