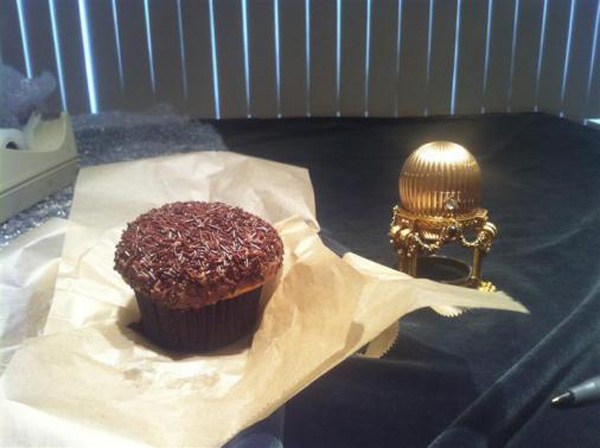 Though unless you’re super into chocolate muffins, it’s hard to say which is which.

For those who didn’t bother clicking on that link, I’ll break it down for you. An American scrap metal dealer bought a lavish looking antique for $14,000 dollars with the hopes of melting it down and turning a bit of a profit, but as it turns out, his find was an Imperial Russian Fabergé egg (or Яйца Фаберже́, , if you will) estimated at being worth between 20 and 33 million dollars.

Other apples I’m fond of are decals that confuse and dismay.

In fact, my newest effort in that realm just landed in my mailbox;

If you would like one or two of these to put next to your ‘Coexist’ and ‘War Is Not The Answer’ stickers on the back of your Subaru Forester, all you gotta do is throw a couple dollars here.

In other news of parachutes, my ace homie Chris McNally emailed me on Monday to let me know the ink had finally dried on this unreal project he’d just completed with Parachute Parachute;

Also, if there was any question regarding the cut of Chris’ jib, his profile statement should clear up any doubt;

Over 300 individual drawings went into that piece and God know how many hours. Stop motion animation isn’t for the weak minded, but this takes it to a whole new level.

If the world doesn’t see fit to offer the minds behind this short some sort of accolades for their effort, then this isn’t a world in which I want to live.

Oh, and regarding Chris’ statement up there, as of the very second I’m typing these words, there are only two months, and three weeks until the 2014 W.S.A.T.U.

On the chance that people are unaware, W.S.A.T.U. is an annual international celebration I started in 2011 for no other reason than to revel in the absurd.

This year, Hodala and I had planned on flying to Detroit for a visit with Dirty Randy’s family.

This is Dirty Randy (and his meatbag companion); They call him dirty Randy because he is.

As it turns out, I won’t be able to make it to Detroit this year, as I will be in the idyllic environs of Downiville, California either aboard a mountain bikecycle or standing in a river in recognition of a couple of dear friend’s nuptials.

In continuing news of performance art, I recently came across the following photo of one cross shifted Nicholas Castellano shot by Danny Munson; Road racing really is one of the most beautiful athletic disciplines in the world.

Last week I’d made mention that a video teaser featuring me had been released. In the video I discuss the importance of making things by hand, and specifically refer to engaging in that initial process by making a postcard for someone.

I’d neglected to mention that two days before that video was released, I’d received a handmade card constructed out of a beer box and piece of paper, recounting aspects of our recent trip to Costa Rica from my own beloved father; 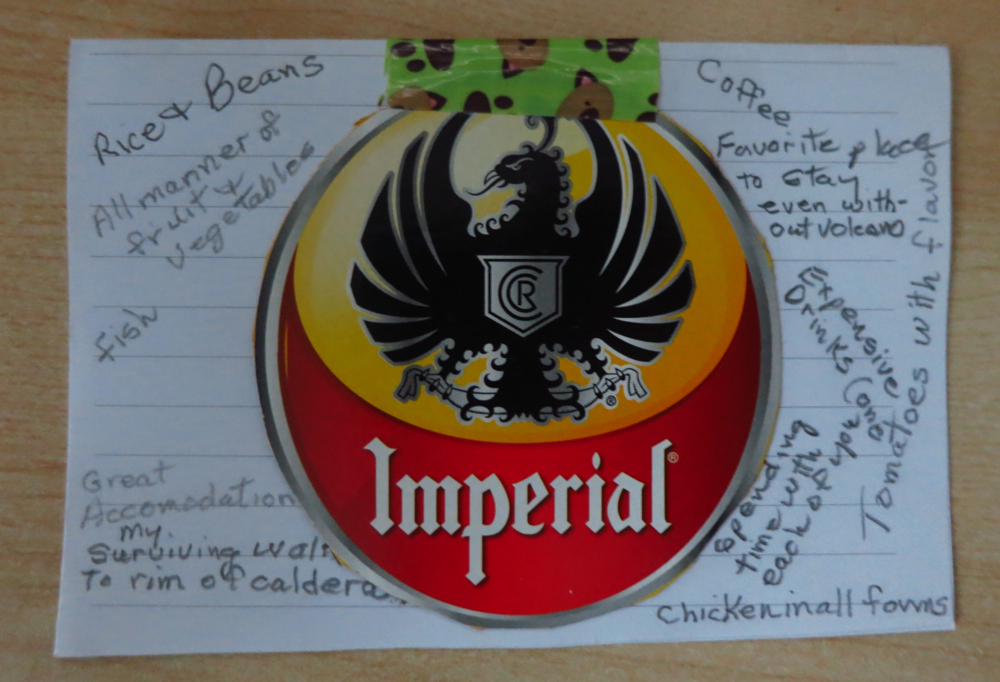 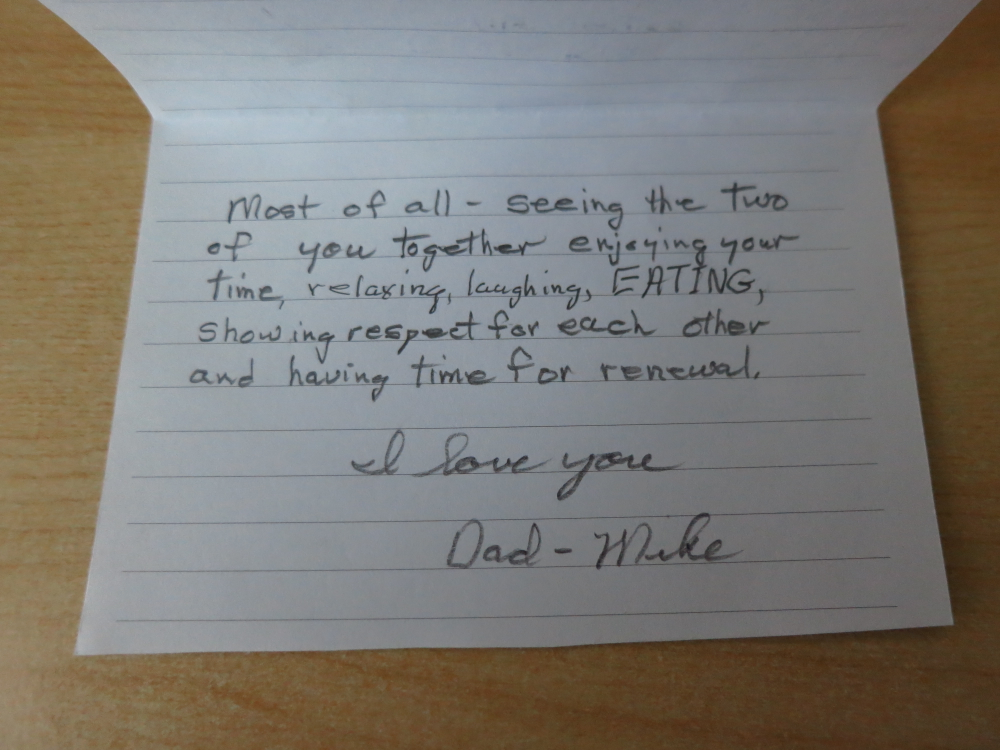 Is that not the sweetest thing you’ve ever seen?

In all of the time that I’ve known him, he’s never done anything like this, so to say I was a bit dumbfounded would be an understatement.

I once read an article detailing the theory that ideas and thoughts can move through space. The piece talked about two groups of monkeys being isolated from one another and then were presented with series of problems to be solved. Researchers were astounded when eventually, each isolated group developed a similar solution. This could be a case of common sense finding the most efficient route between A (the problem) and B (the solution), or it could be a matter of something far more profound.

As far as my dad putting together the random correspondence that he did mere days before I publicly declared the importance of such an act just proves that my family is generally more similar to a troop of monkeys than we are not.

Which depending on your particular perspective could be considered both magnificent, and mundane.

One Response to “A mixture of the magnificent and the mundane.”