Hello there, and happy week’s end to you.

Setting course into today’s effort, I feel the need to mention that occasionally I’ll get emails from people that go something along the lines of this;

Remember about two years ago when you posted a video of a Jamaican guy pulling a wagon with some kittens in it? Actually, he might not have been Jamaican, and on further consideration, there possibly weren’t any kittens involved either… But can you find that and email it to me?

Without exception, I’ve been able to assist the random emailingers with their quests, further confirming that maybe my memory isn’t as addled as I always assume it to be.

I got just such a request recently for the following video, which I watched again, and will post again, because it rules;

There really is a fine line between love and hate.

Then, sometimes I get emails detailing some kind of fun or another that people out there in the world beyond my front door are having, like this one from Gary;

“Stevil:
So, did my first Great Gator Gravel Grinder (The G4) down here in Miami, Florida. Had 84 riders start and 82 finish. Here are links to the event page and a photo page from the event if you want to post anything on this would be
appreciated. Also, since I will be doing these events during the Florida winters would be a good opportunity for those up north to come down and ride on their off season! 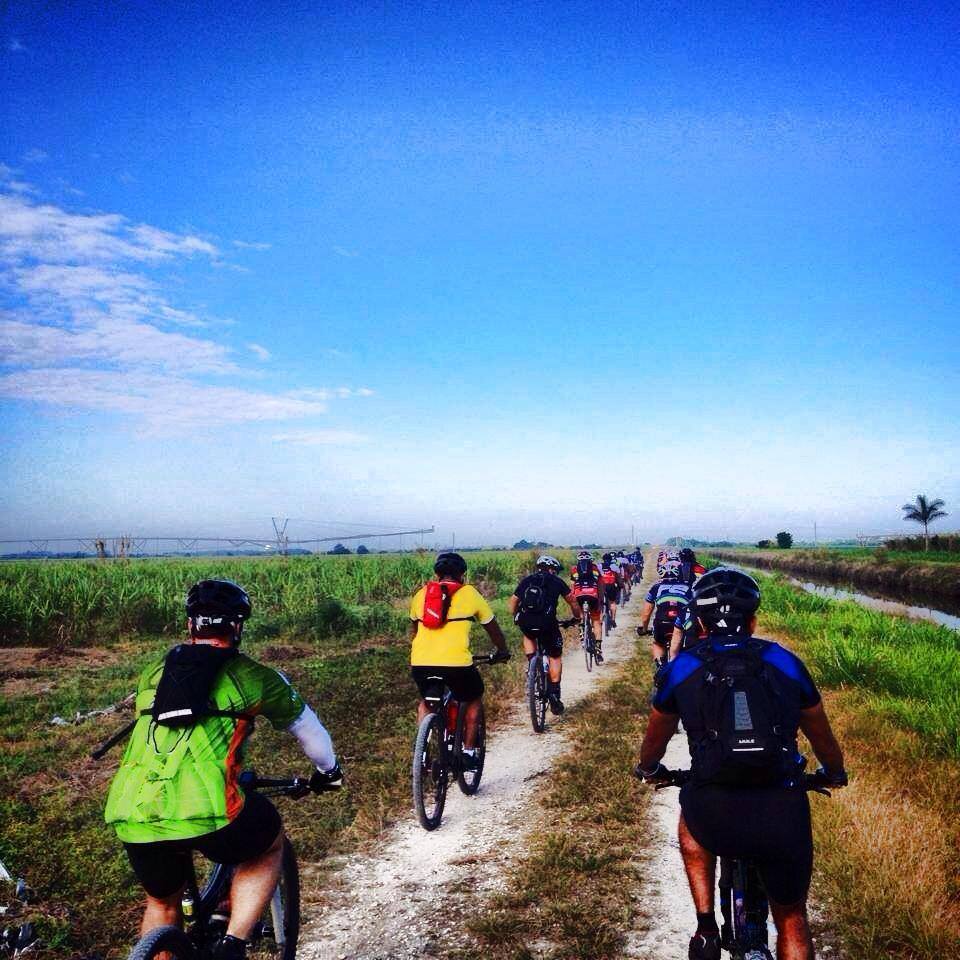 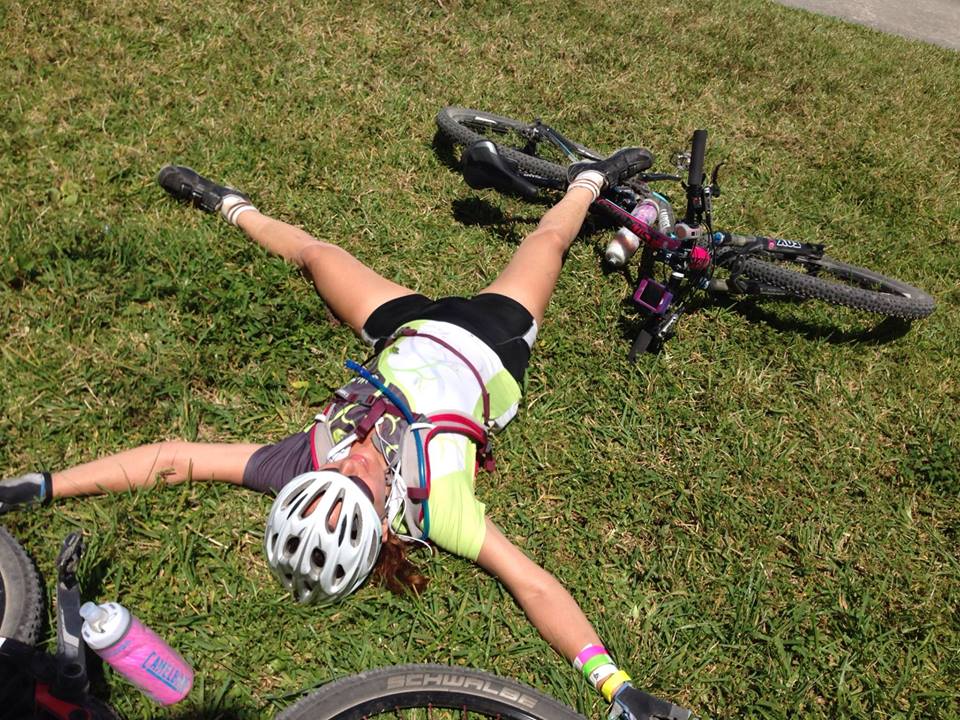 Probably the first Gravel Grinder I know of where two of the riders, Michael Danish (1st on the 62 mile loop) and Deigo Tosoni (4th on the 62 mile loop),
both had to bunny hop a python at one point crossing the trail (no pics of that unfortunately). Diego says he did not quite clear it and ran over it with his back wheel. They estimated it was 12 foot or longer.

Due to the fact that this occurred in Florida, I’m surprised there was no mention of individuals attempting to hold up liquor stores with logs of summer sausage or no one died while engaging in a cockroach eating contest.

Maybe I’ve been mistaken about Florida’s shenanigans all along.

Or thankfully, maybe not; 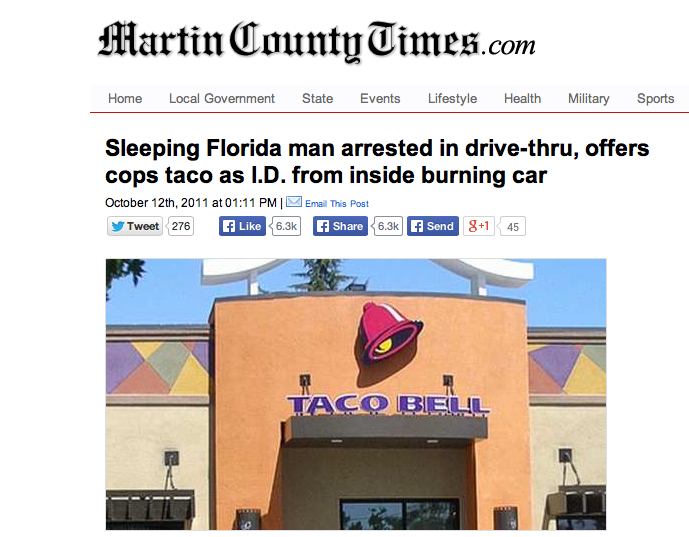 In other news from people in different places, Jason sent me an email detailing the power of the patch;

I have a Department of Awesome patch on the sleeve of one of my shirts. I was riding home through the local university campus at about 3am Sunday when I came across three bros kinda stumbling along the sidewalk. One of them, possibly blinded by my Busch & Muller headlight, said, “Good evening, Officer.”

I suspect that in three decades, when society finally collapses, the world powers will ultimately turn to The D.O.A. to help save the day. Every moment that passes until then is our training.

And speaking of awesome, (because who doesn’t like to consistently reference awesome?) Cranpa from FBM and I had another one of our signature marginally hilarious email exchanges recently, which looked like so;

We made a sketchy, amateurish, poor quality video in the modern digital age of cycling films.

If you wanna share it, that would be excellent, if not, I will freak the fuck out…

Hope all is well!

PS, i attached a photo of Oderus, Matt Hoffman, and a giant plate of nachos I made a jump over one time…” 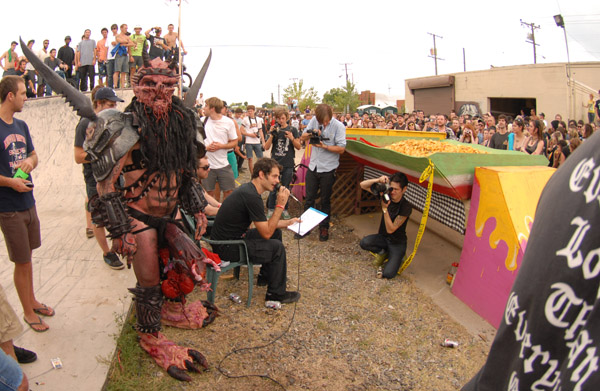 And our exchange continued-

Me: Why is it that Ted Nugent is still alive? By the way, if you ever decide to change the name of FBM to Hessian Obsession, I would work something out with you on licensing.

Cran: Teach me how to not have the brokest bike company in history.

Me: That would be a hat trick… A broke guy teaching another broke guy how not to be broke.

See? Cranpa and I have fun sometimes.

Moving on with news of women, bikes, and the power that they both possess, from Katie at Santa Cruz Bikes I got the following notification regarding an event celebrating a very important person in our midst;

“We’d like people to meet Vanessa. So, we’re hosting our first Juliana Bike Night where Vanessa will take the stage. Join us Tuesday, April 8th, at 6:30pm for bloody marys and snacks, and meet the woman who inspires us to fight like a girl. 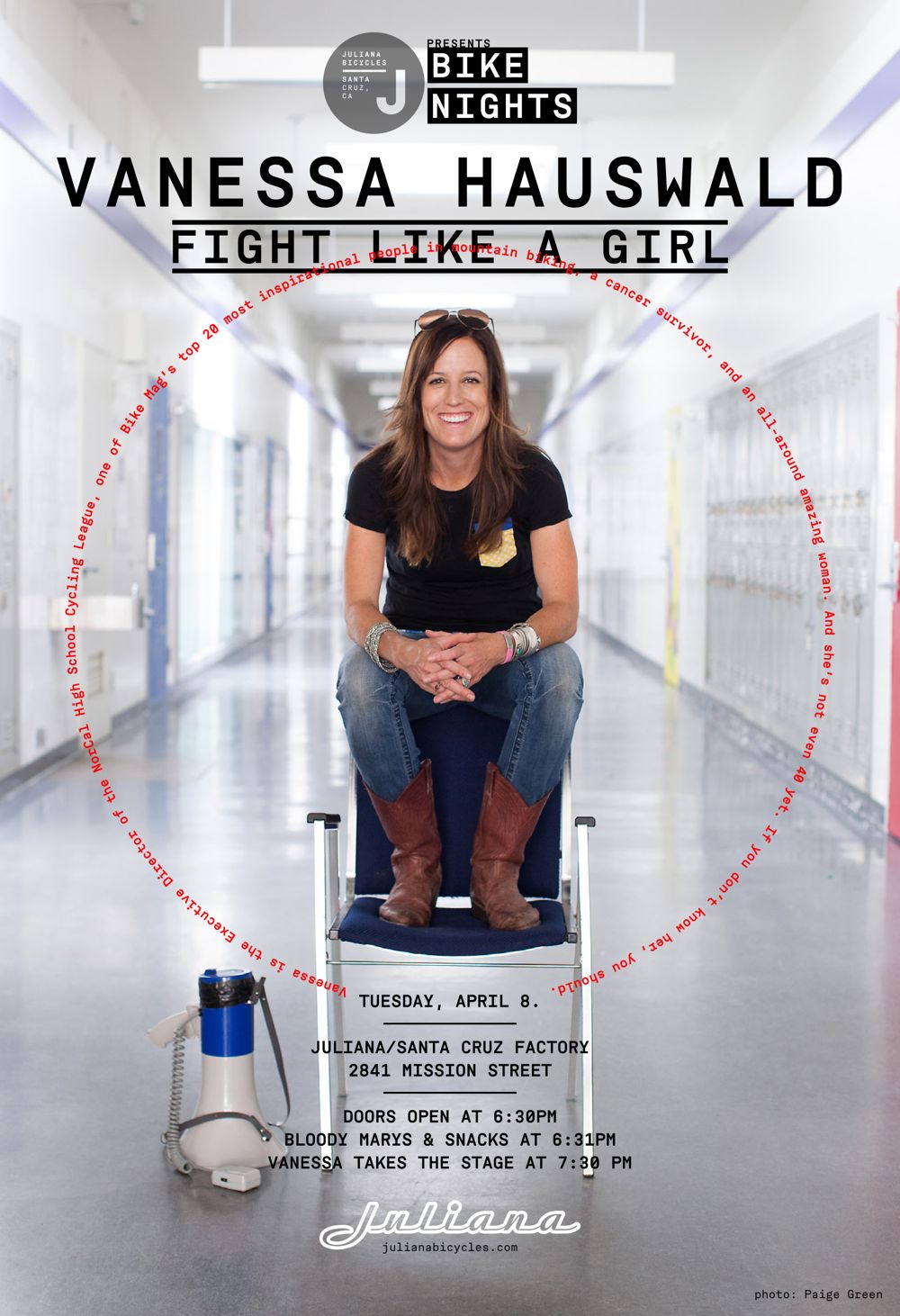 We hope to see you here.

I’ve known Vanessa for many years and she truly is one of a kind.

With my tongue resting in its usual spot well within my cheek, I offered my own perspective earlier in the week on the AHTBM Facebook page;

“There’s some stuff going down in Santa Cruz in a week. Naturally, there will be tweekers lighting each other on fire, and beach trash beating up sixty year old men for not being locals, because after all, it’s Santa Cruz. But I’m talking about the bike company, and Vanessa’s awesomeness which dwarfs all the firefighting beach trash tweekers in the world.”

Make an effort to go meet Vanessa on the 8th of April and see for yourself.

Finally, in closing, I’d like to mention that the post for Monday, the 30th may or may not be here, as my door has been darkened by this guy; 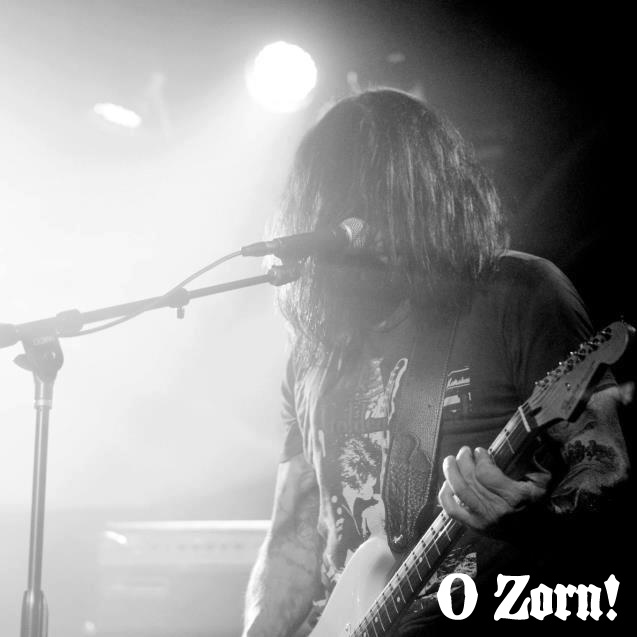 That’s not Cousin It, or Roseanne Roseannadanna, but rather William Alexander(?) Kielty The Third(?) of O Zorn!.

The attentive among us might recall a time last May when I sullied his domain, the results of which were very nearly a dead me.

I expect more of the same upon his arrival, which best case scenario will have me owning two broken typing fingers. Worse case is I’ll be in the great beyond, but at least we’ll always have today.

Not that that’s of any important importance.

One Response to “*Important matters of importance.”