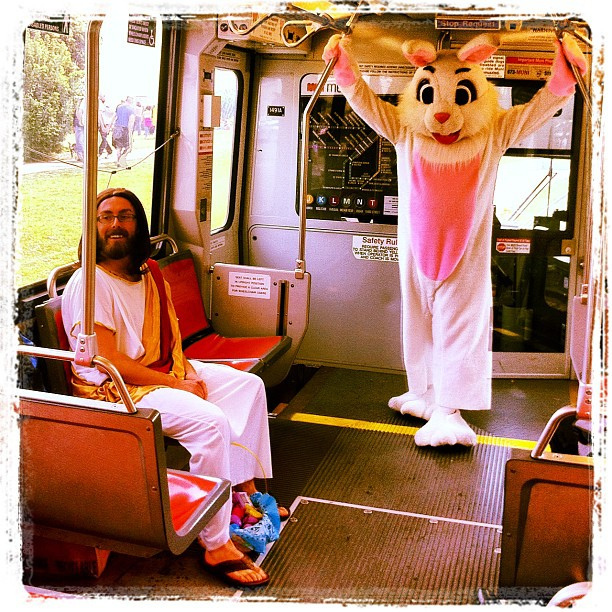 Otherwise known as the collision between the fairytale and the hippy.

Well, let me tell you a thing or two.

The other day when Young Carl and I were doing this; We went off to do a little bit of ATB exploring; At one point, the discussion about an overnight trip to the outdoors happened, which if you are reading these words right now, means I just got back from, like a couple minutes ago.

If you aren’t, then I’m stranded in the outsides. Don’t bother sending help because I’m probably already dead. It’s cool though because if you believe strongly enough, I’ll be back in three days.

Let us celebrate my passing by getting down to the tacks that are brass with an email from Atomic Cycles’ Paul; Choppercabras is a bicycle club that formed around making custom choppers, stretch cruisers and the like. The rides are focused on fun, anyone is welcome, you don’t have to have a custom bike, vintage bike, just a bike, any will do. Of course part of the fun is all the cool bikes that you get to see at these events!

We start at noon. Being late means you miss out.

Dress up. Dress up. You’re still “cool” even in costume. This is an easy one.

We do events, this time around we have “Elvis relay race, little to big to little bike race, and the demo derby.

The events involve a lot of physical contact, lots. You may get hurt, count on it. Participate if you want, or watch, but do one or the other. Interfering with the events makes it less fun for everyone involved, don’t be that person.

After the events we do a leisurely paced ride that starts and stops at the shop. Stay to the right and be nice, we’re out there to have fun. The ride will 5-10 miles long, you won’t feel the distance in a group ride. We go slow.

Then I feed you. Yes, for free.

Be respectful of the neighborhood, throw your trash in the proper receptacle, be child-like not childish.

Yes, all for free.

You can click on this link for zounds of old pictures just so you get the idea.

Or check out this you tube video:

Tell your friends! See you then!

It’s safe to say that if you go to one of Paul’s events and not have a fun time, you’re probably a dick.

I would transition from being a dick to looking like one with this next bit, but I would probably offend someone so I won’t.

It seems as though the pro ranks are finally tiring of the trend in salad bowl helmets, as proven by this recent Tweet by Ryan Trebon;

A vaguely similar notion was shared at the end of march by one of my EVIL Cycling brothers or sisters on their Twitter feed;

As you can see, this observation was made on March 28th, which not only is my beloved father’s birthday, but also just after the 2014 running of the Milan-San Remo, which frankly looked more like a bunch of roller derby girls at a Gran Fondo, than it did a Spring Classic; 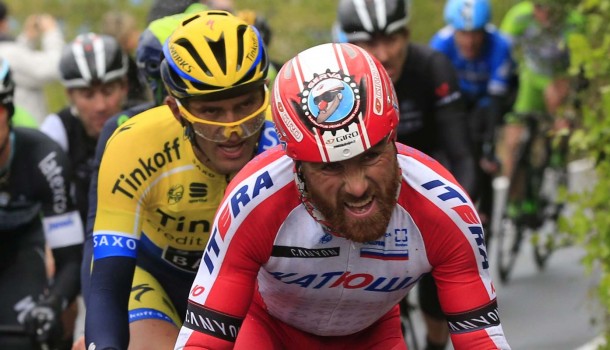 I long for the days when atop their heads, the pro peloton wore nothing, cycling caps, hairnets or a combination of the three.

And while we’re on the topic of that, kinda, my partners in crime for this year’s Underbike Industry Mixer®, not only have a new site up to be gazed upon with the regular, they have a new speedcycling stretchy suit as well; 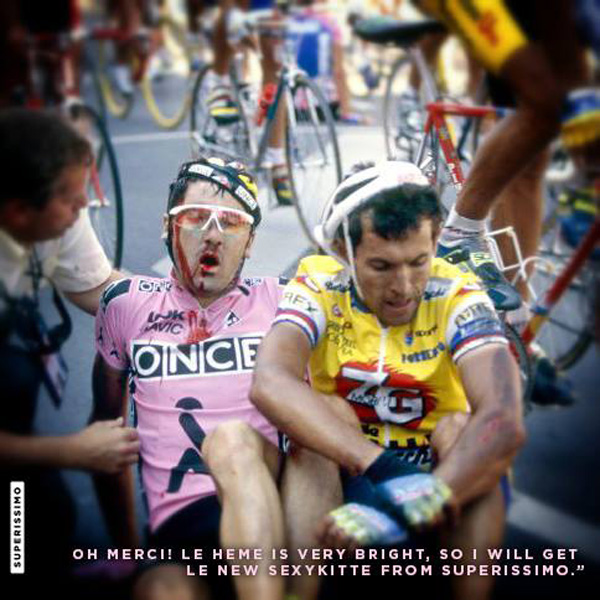 If you’d like to investigate these happenings, or perhaps even get in on a slice of said stretchy suit for yourself, alls you gotta do is go here.

Finally in closing, you did hear me right in one of them previous sentences. The 2014 Underbike Industry Mixer® is set to go off again this fall in its sixth year of existence, and it’s gonna be bigger and better than ever; 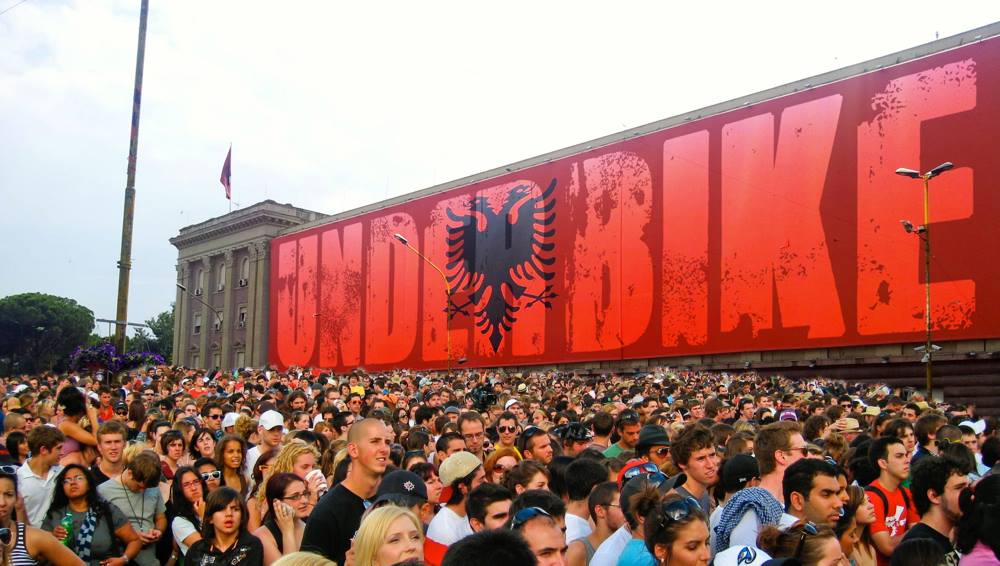 For those of you who don’t know, The Underbike Industry Mixer® is a party I throw every year in Las Vegas in conjunction with the Interbike tradeshow. I was of the opinion that all parties associated with the bike industry were terrible, so it was up to me to try and organize one that wasn’t.

The first three years, we all just piled into the Peppermill, and drank them out of their six dollar Budweisers. The fourth year we opted to have it at The Double Down where we had a band and everything. We drank them out of all of their beer as well, so we headed off into new directions where last year we found a brand new bunch of chaos at The Beauty Bar.

Anyhoo, being so on the ball I’m actually hovering above it, I have the same venue booked this year, hotel rooms for the band, as well as the band themselves, which of course I won’t make a peep about until August.

Whose name do you think might be under that black bar? Elsah? Against Me!? Yngwie Malmsteen?; 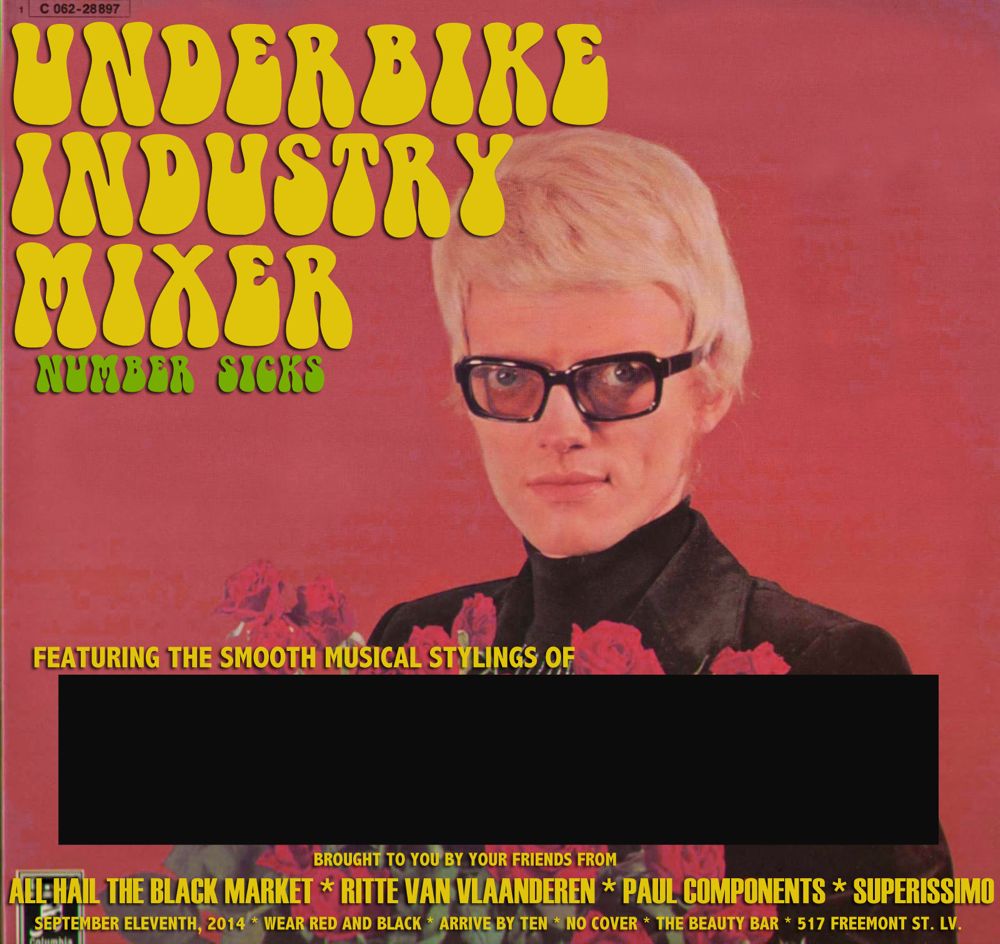 I’m not gonna say, and not you, Jesus Harold Christ or the Easter Bunny themselves could drag it out of me.

8 Responses to “This just in! It was Easter!”