Not to be mistaken for Digital Vomit V.1.

It is indeed a rare occasion when I can string some consistency together to complete a fluid post.

On other days I’m saddled with the task of putting a wholly random mish-mash together in a way that seems organized-ish.

One way or another, of this we can be sure.

Starting off with a mass DM from Dan, he gives us a detailed blow by blow about his involvement in an exceedingly good cause;

“Just seeing if you good peoples wouldn’t mind helping spread the good word. We (Ride For Reading) have just started our giving campaign and our goal is $10k. As of right now we’re at $1k, and just a few hours in..

Here is a link to the blog post describing what’s up, and below is a little blurb so you don’t have to read it and write stuff and think. (I like to make it easy)

I even sobered up enough to use punctuation and capitalization, being professional and all you know…

So here’s the skinny.

I’m using my Tour Divide ride this year to help raise money for Ride for Reading; 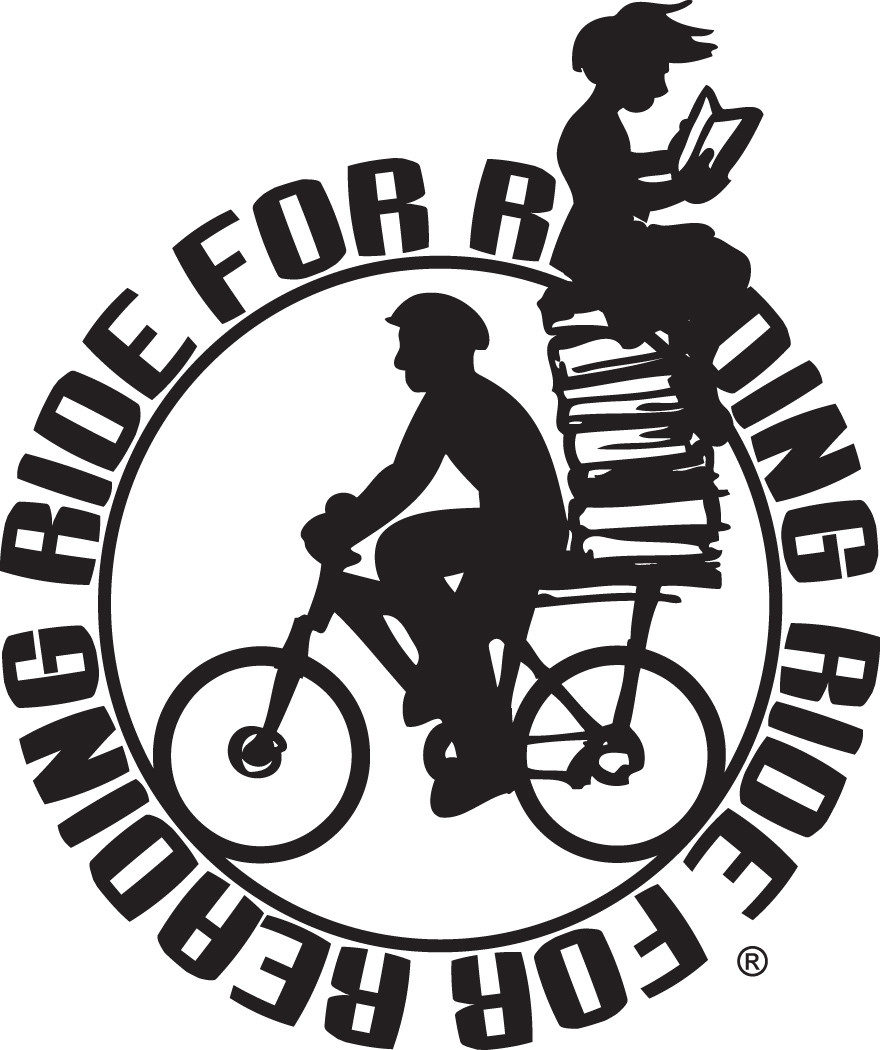 You can make a tax deductible donation per mile I ride, or just throw down a pile of money in whatever denomination you like for this great organization so I don’t have to do math.

Ride For Reading’s mission is help children in low-income areas become healthy and literate. We do this through the distribution of books via bicycle! To date we have put more than 120,000 books into the hands of children, and this week with nearly 1,000 volunteers in 32 cities in16 states, we’ll give another 60,000 books. Books are important, volunteers are important, but there are always costs, and a little can go a long way. Our goal is $10,000, a third of this years operating budget. More is better, lots more is great!

Ride For Reading is a great program, which I support 100%. They’ve hosted events the last several years during the Interbike Bicycle And Bicycle Parts Extravaganza®™, the outcome from which is always an amazing thing to see.

If by chance you’d like to throw some dough, that can be done right here.

Then, from Liz I received another direct message about a different sort of project she’s currently embroiled in;

“Stevil–I know this is short notice, but I figure it would it would be even more disingenuous to wait some “appropriate” amount of time to ask for your help. So, I’m a making this crowdsourced documentary on the cargo bike movement.

Got 2 weeks to make my Kickstarter goal.

Some of your fans might be my fans? Hope you dig and spread the word.

If you spend any amount of time reading my prose, you know that Kickstarters tend to make my skin crawl, and as such, I rarely, if ever post information about them, but Liz was so nice, I felt like a jerk not mentioning it.

And the cut off actually happens tomorrow, so even though I tried to do right by her, I still kinda blew it.

And because Liz is from Portland, I’ll dredge up the news that somebody from Minneapolis (I’m assuming) wrote a letter and now their ‘AMERICA’S BICYCLE CAPITAL’ mural has to come down; 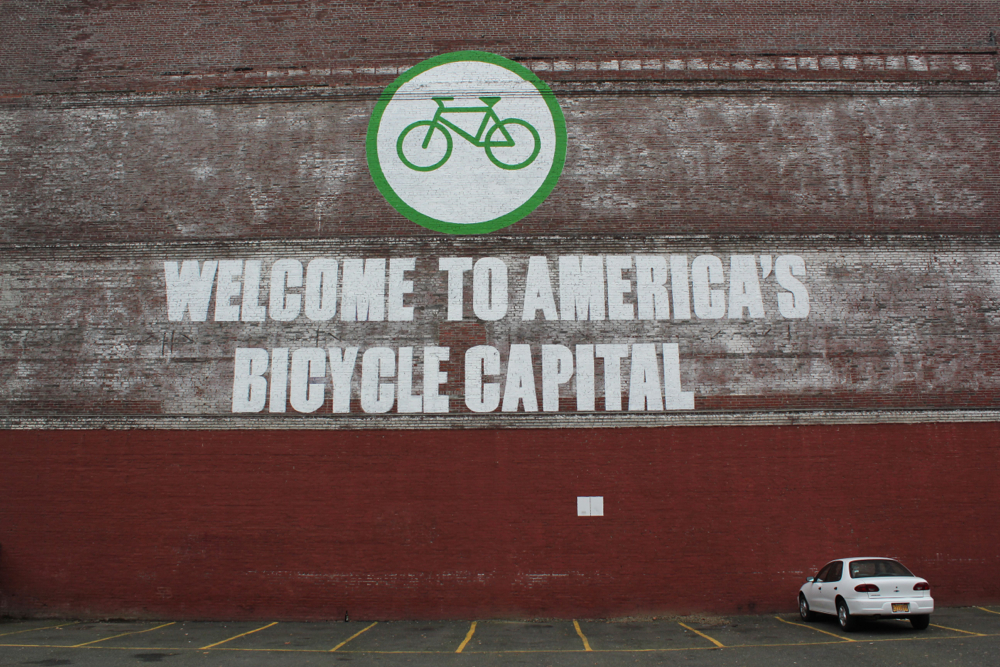 By using the power of Twitter to promote this article the other evening, I expressed that Portland was more noteworthy to me for other reasons;

Now, if they wanted to replace the mural with that sentiment, that’s something I could get behind.

Moving on to other matters- Just because T.C. Worley and The BKB are, in my opinion, pretty bitchin individuals, I’ll present the following mental platte cleansing video;

Everything about that just feels right.

At some point in the last three weeks, Thad made contact (and frankly, the fact that I even remember it happening is something of a miracle) with information regarding a new shirt that he was promoting.

Here is an email with information regarding a shirt I’m promoting. Said shirt looks like this; 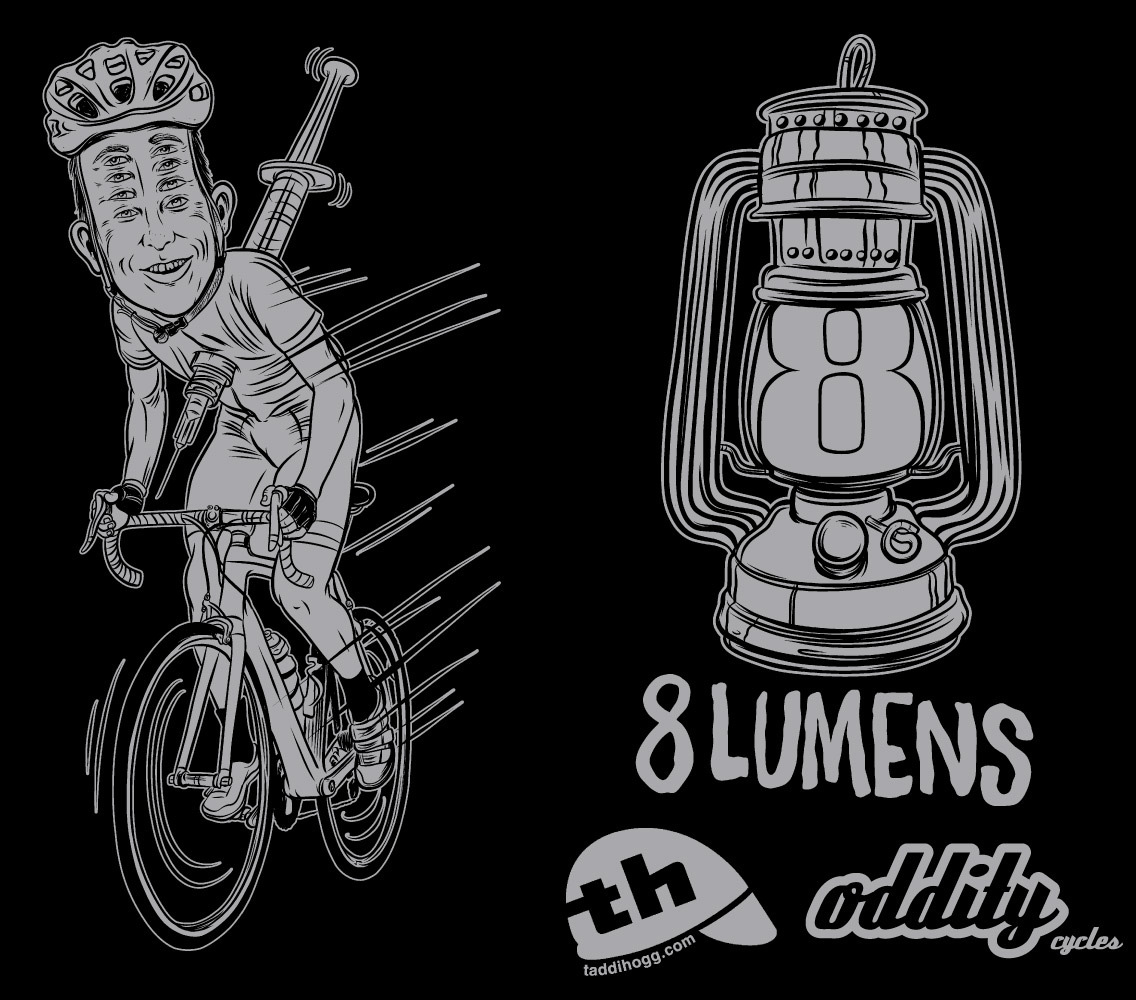 Unless your’re looking at your computer upside down, then it’s the other way around.

If you’d like one of these, I have them available here.

Like I said, that’s not the actual email he wrote me, but it gets the same point across.

I’m pretty sure that’s Lance, and I’m also pretty sure, this means Thad hasn’t yet forgiven him for his transgressions.

But either way, if you’d like one, you know what to do.

Now, after having spent the afternoon and a grand at the dentist office (I’m tying this on Thursday, because I live in the past), I’ll conclude today’s effort with a sad example of cyclist on cyclist road rage that was shared with me by Ian;

Which at this point, finds us with a bowl full of binary bile, and all that’s left for us to do is flush.