As the curtain draws back on today’s installment of the Short Attention Span Theatre, I’ll make note that this here box which just landed on my door step; 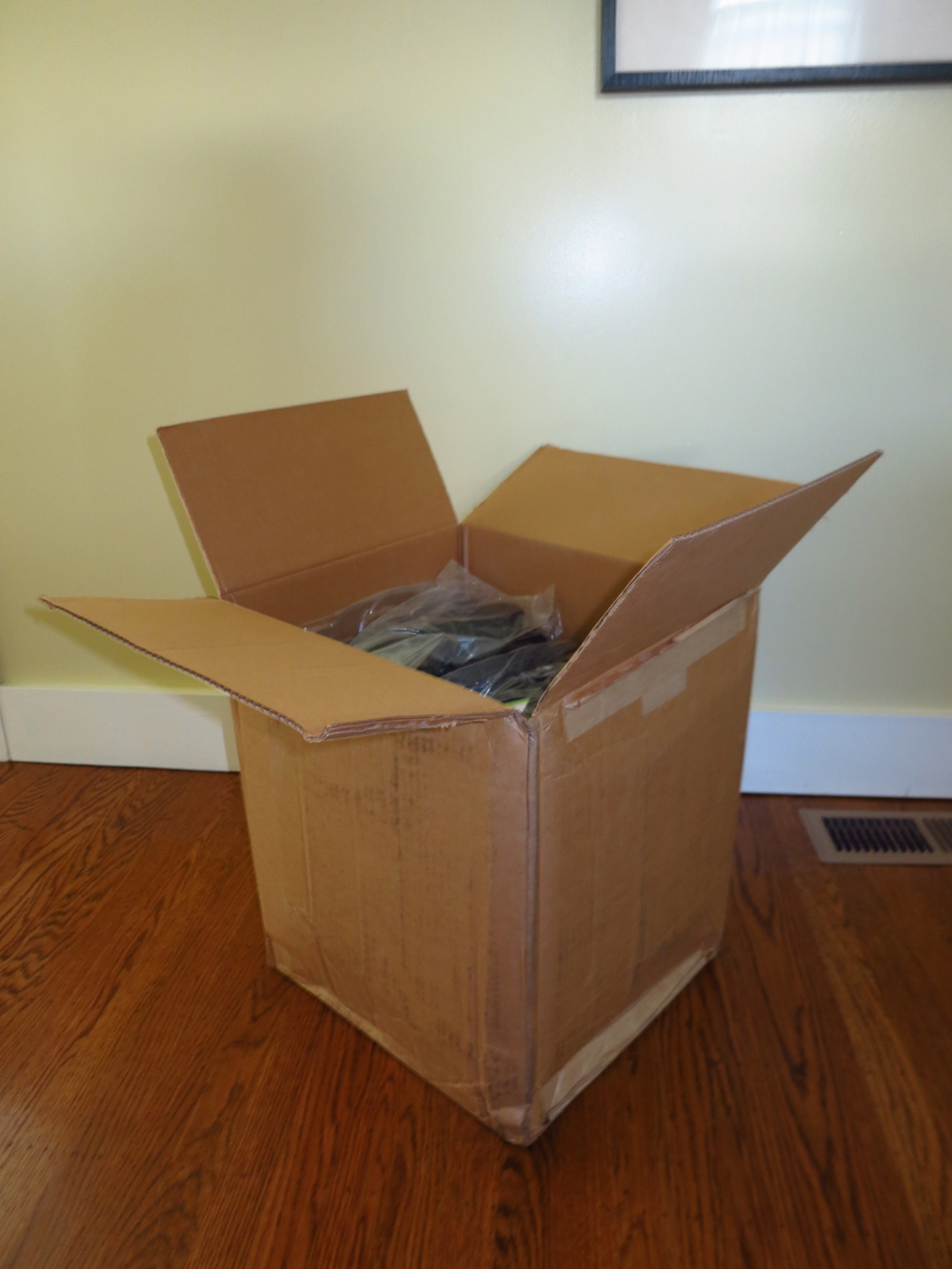 -is jam packed full of brand new small/medium and large/XL Mr. Blacksocks socks, which in a fit of headshaking at Specialized Bicycles’ litigious ways, I changed the name to ‘The Roubaix’; Please feel free to get some if you’d like some. They’re black, and wool, and awesome, and I have to eventually pay for them.

And speaking of Specialized; 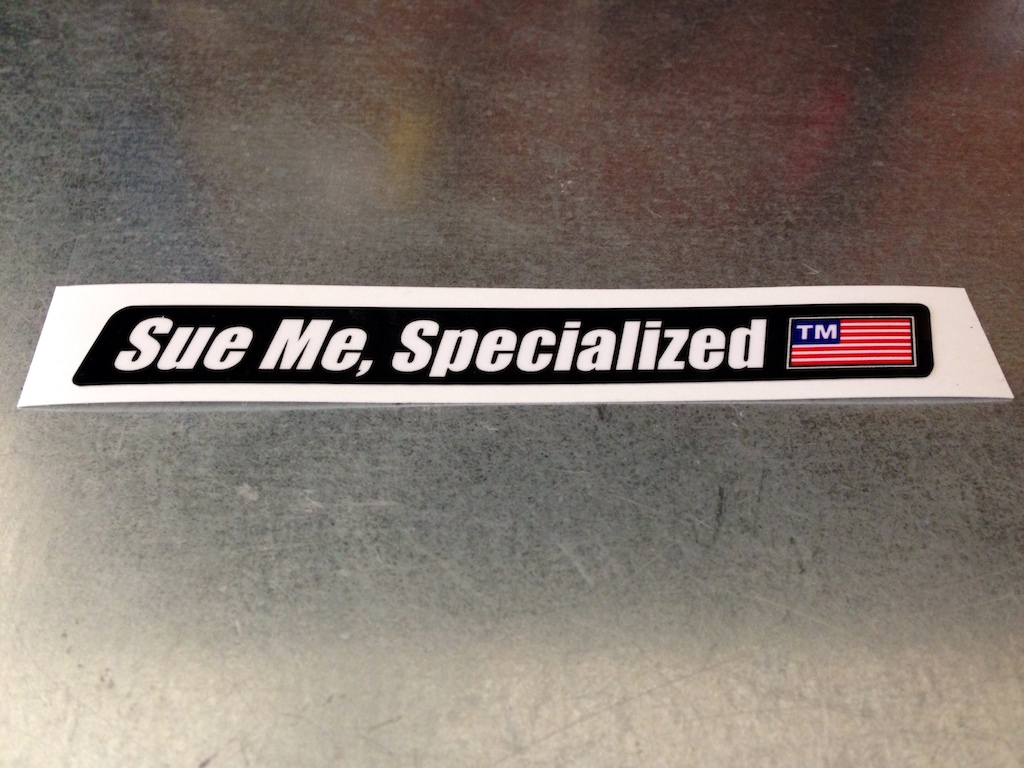 Decals available here
Their lawsuit happy ways are no secret to anyone who pays even light attention to the bicycle world, but it seems to this bike blog douchebag (same diff), that they’ve crossed the line with what appears to be a bit of a rip off of independent frame builder, and painfully nice guy, Rick Hunter with their new AWOL project; 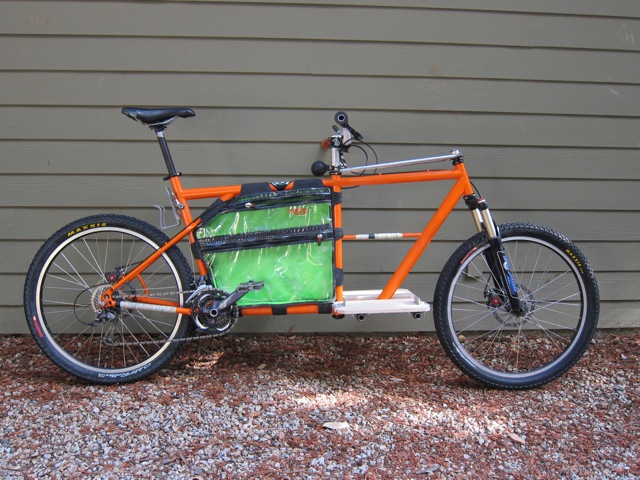 Yeah, yeah, yeah.. I get it. It’s not that the cargo bike is a new idea, or that Rick is the first independent builder to make one, but it’s Specialized’s whole ‘concept’ platform which has found its way under my skin. That and the fact that I hear through the grapevine the ‘designer’ has blocked Rick as well as a few other local builders from his Instagram feed.

What do I know? I’ve only been around the block like, once. Opinions are like elbows. Everybody generally has two, and they hurt like hell to break.

One thing I’m definitely sure of is that riding bikes on sunny days with friends cures nearly every ill, and even with a head full of fog and a lung full of allergies, that was exactly what I did recently with the lovely and talented Ms. Tara; 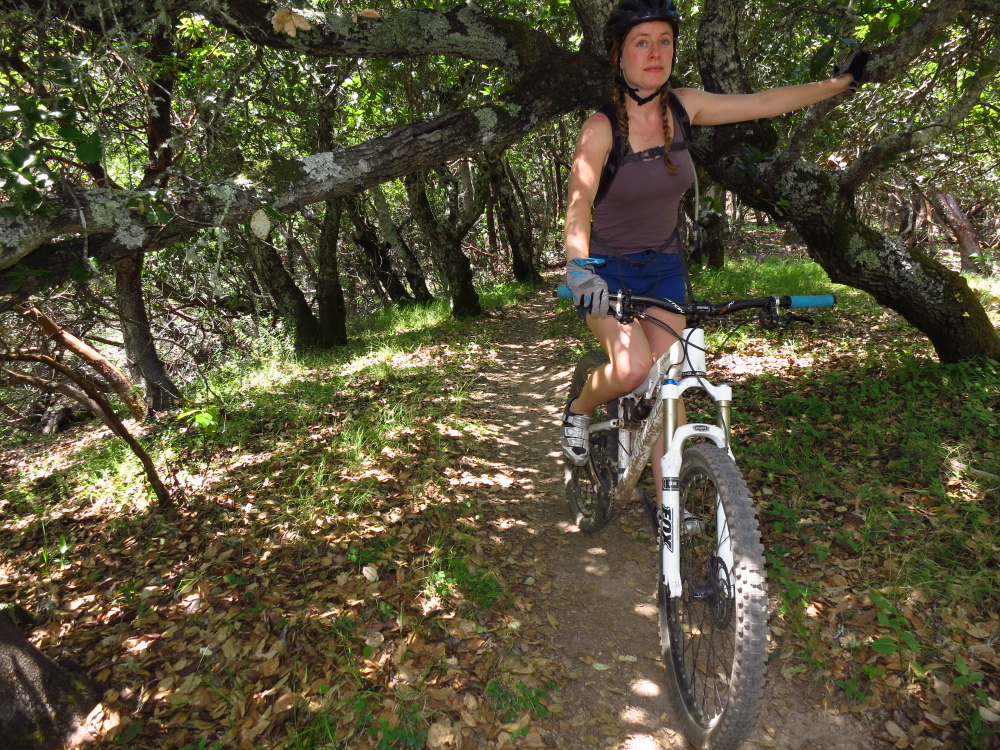 We ripped over hill and dale, and despite the fact that she was still on the mend from a recent hand injury, (plus is generally covered in more kinds of scar tissue than she is not), rallied with a vengeance; 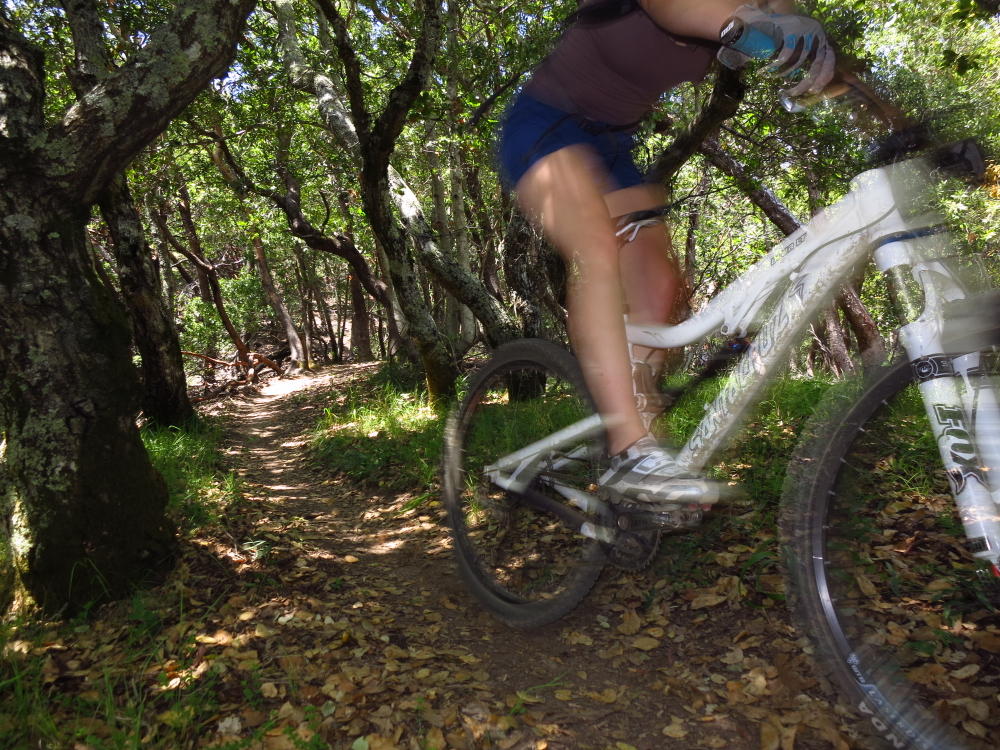 I enjoy this one’s company, because besides having a comforting slight English brogue, is a class A plant nerd, and happily fills my brain with knowledge of local flora.

Plus, she never minds stopping to say hello to the occasional resident; 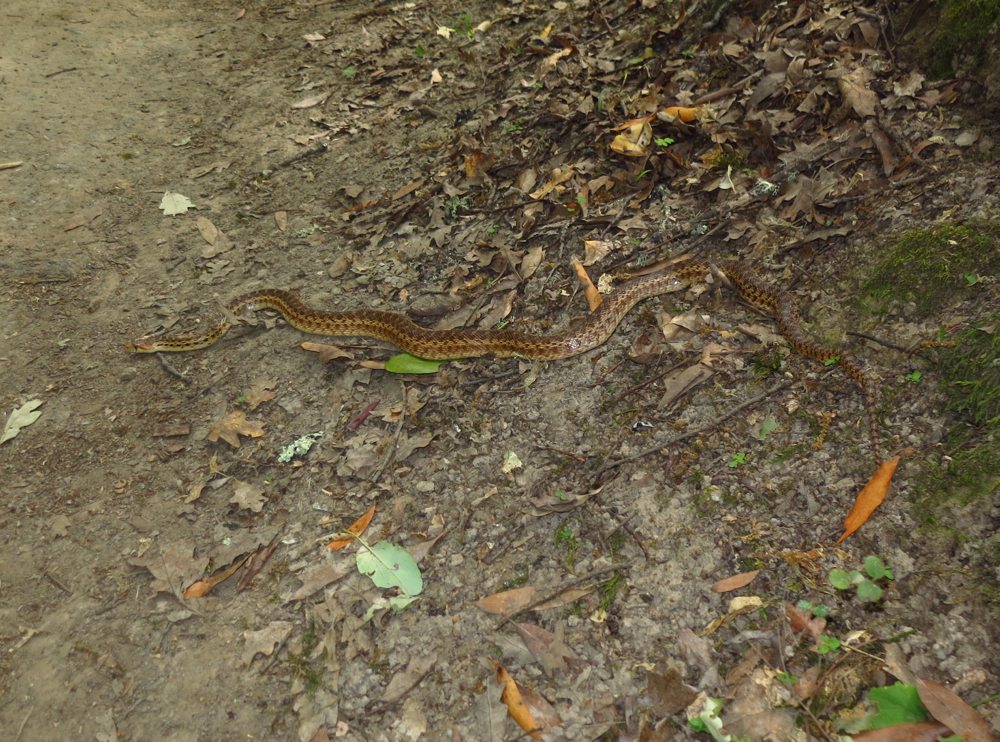 Neither of us were sure what brand serpent we were looking at, so we gave it ample room to do its own snakeie stuff.

After a day of sweating, and vistas, and the single-est of tracks, we capped the day off with a dip in a nearby pool. It was like a day of dreaming.

And this, as it turned out, was the best recipe to quell the voices in my head.

Another thing I quite enjoy for that same application is using humor to convey various ideas or perspectives that I find unsavory.

For example, instead of writing any lengthy commentary on Cinco De Mayo being yet another excuse for people who are unaware of the significance of the date to act a fool, the other day I simply posted the following;

“In celebration of Che Guevara and Juan Santamaría’s fight for migrant workers’ rights after the great tomato famine of 1982, a bunch of white people and I are shitfaced at Chili’s.”

Curiously, including Che Guevara in this stream of completely unrelated absurdities, was the one thing that got people’s panties in an unholy twist.

Proving once and for all that the internet can occasionally be a profoundly sensitive place.

So to break this down-

1) Che Guevara was Argentinean.
2) Juan Santamaría was Costa Rican, and died sixty two years before Guevara was born.
3) Neither individual fought for migrant workers’ rights.
4) There was no great tomato famine in 1982.
5) Chili’s is horrible, but I’m reasonably sure some white people were drunk there on the date in question. 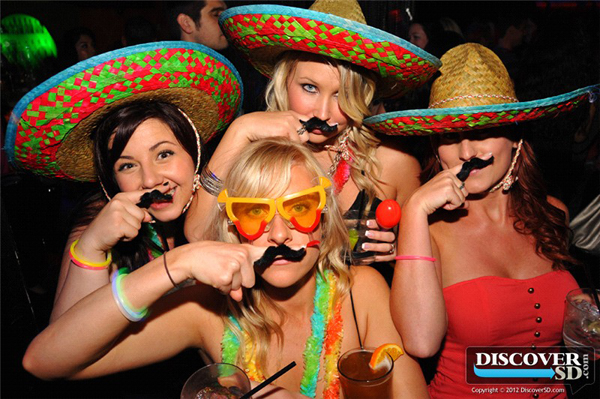 Having to explain the punchline is a sure fire way to ruin a perfectly good joke.

So it’s with that, I thank you for your time and consideration on this matter.

You see, that’s the magic of the sidecar, (as it was for its predecessor, ‘The Must Stash’, shown below) and will allow it to fit inside any handlebars.

Mixing and matching the o-rings provides you incremental adjustment of the outer diameter; 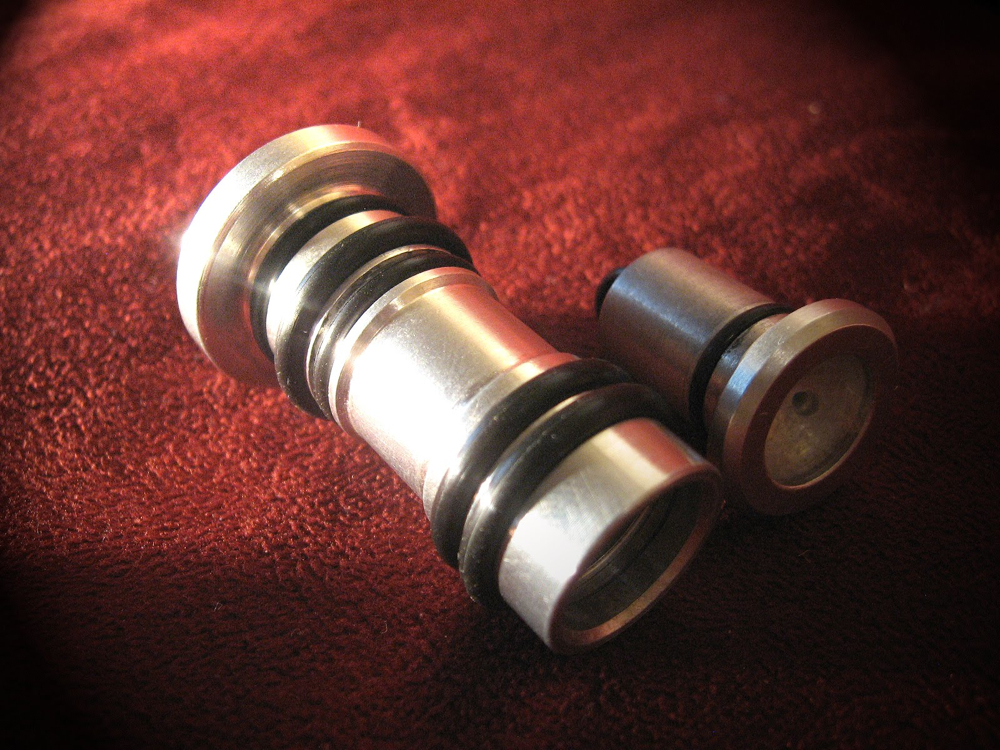 So there you have it.

It’s a good gift for anyone, but it’s the best gift for a loadie.

Now we find ourselves in a position to have a lengthy discourse regarding bikes getting stolen.

It’s an unfortunate reality that we all have to face in some way, shape, or form.

Üma made contact with a project she’s currently involved in which is fairly wordy, but is worth the read;

The tide’s turned and I’ve found myself a sweet gig for a bit, helping out the fine folks at Project 529. P529’s got some ambitious plans for producing some killer bike technology, starting with a product intended to kick bike theft to the curb.

The background: Project 529 is a software company created and run by people who ride and love bikes.

The first product we’ve produced is the 529 Garage. It was created as an effort to attack the $400M annual bike theft epidemic in the US. It’s an easy-to-use registration and recovery service which allows users to record everything they need for insurance and law enforcement in the event of theft. Further, it activates the community to aid recovery efforts via an active alert and tip reporting system. The iPhone app is highly innovative; it takes about 3-4 minutes to capture all of the information and photos you need for proof of ownership. Getting at this information quickly is vital in the event of a theft. Our discussions with law enforcement suggest few riders document their ownership properly, resulting in less than 10% of recovered bikes returned to their owners. I talked to a guy this week who works with the Portland PD and he said there are cavernous rooms full of bikes that have been recovered, but they’ve been unable to identify the proper owners and return them to their rightful homes.

The registration service and app is free and is currently in Preview Mode, but is fully functional. We are completing and testing the recovery features (alert system) which we expect to go live on 5/29.

As we build to our launch on 5/29, we’ve also started an online petition urging eBay and Craiglist to require serial numbers on bike listings. According to law enforcement professionals that deal regularly with the problem we discovered an estimated 50 percent of stolen bikes are sold through Craigslist and eBay.

Requiring a serial number for bike listings is very low impact to eBay and Craigslist, would serve as a deterrent for thieves, and would alert and empower theft victims, as well as legitimate buyers and sellers. Like VINs on cars, we’re really not asking for much; 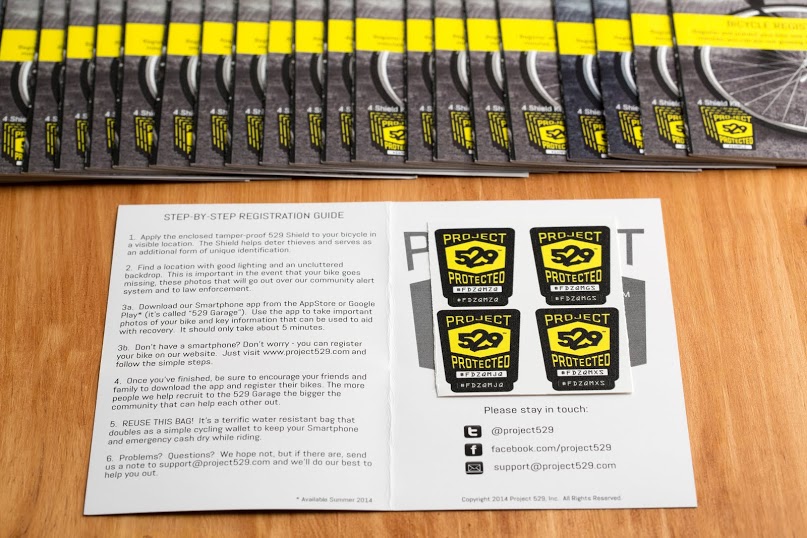 So, with that background, I’m hoping you’ll be interested in/willing to help promote the cause with a blog post or guest post or a link or somesuch. Regardless of whether people ride in skinny jeans or on fat tires, most of us have a bike theft story. Many of us have more than one. Bottom line: having your bike stolen sucks.

In the following emails, Uma detailed the testing that went into creating decals for the project that are effectively impossible to remove, or counterfeit; In looking at my own quiver, I have exactly one bike with a serial number, as might others who have one-off bikes as well. In inquiring about that, Üma directed me here for a multi-pack of P529 decals with individual numbers that would be used for registration.

All in all, I think this sounds like a very healthy directive for our cause, and as soon as I have the extra scratch, plan on investing in a few sets for myself.

And it’s with that, that my cache of news is that much littler. Because of that however, and conversely, our minds are that much bigger.