Do they have a YouTube channel in Heaven? Because I’m damned sure that’s an angel singing.

Everything here is just perfect, thanks, and since Friday’s post went live, I’ve been inundated with various modeling contracts, making everything even way more perfecter.

As a matter of fact, the ‘thing’ of which I spoke on that day, has officially started to move in that direction, with Nick’s photo of Danger included into the fold; 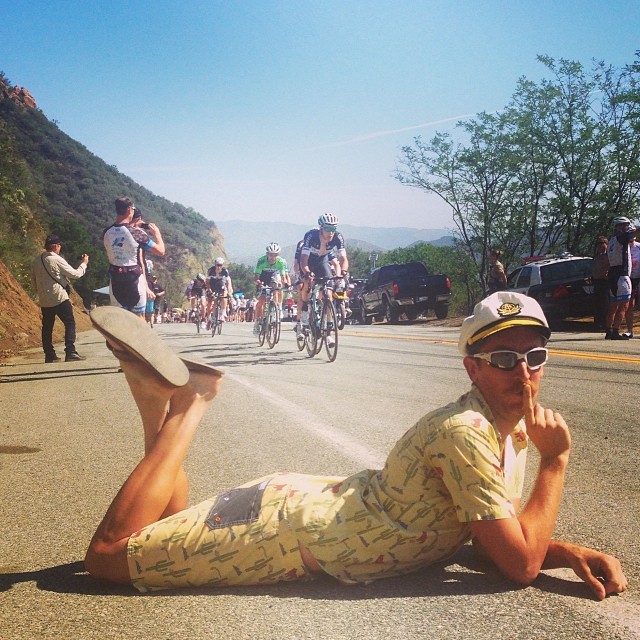 It’s just all so gross.

Anyway- Of course meeting up with Chris McNally on Thursday night for a dirt boogie across hill and dale upon our fully loaded mountain bike cycles certainly helped to make things not suck some as well.

The plan was to meet up, and have a run at them thar hills, after which we’d wait a spell, chat it out, and eventually catch up with Young Carl once he’d gotten off of work.

Before that happened however, we did some riding, some friend making, some sweating, and some time spanning (shown in that order); 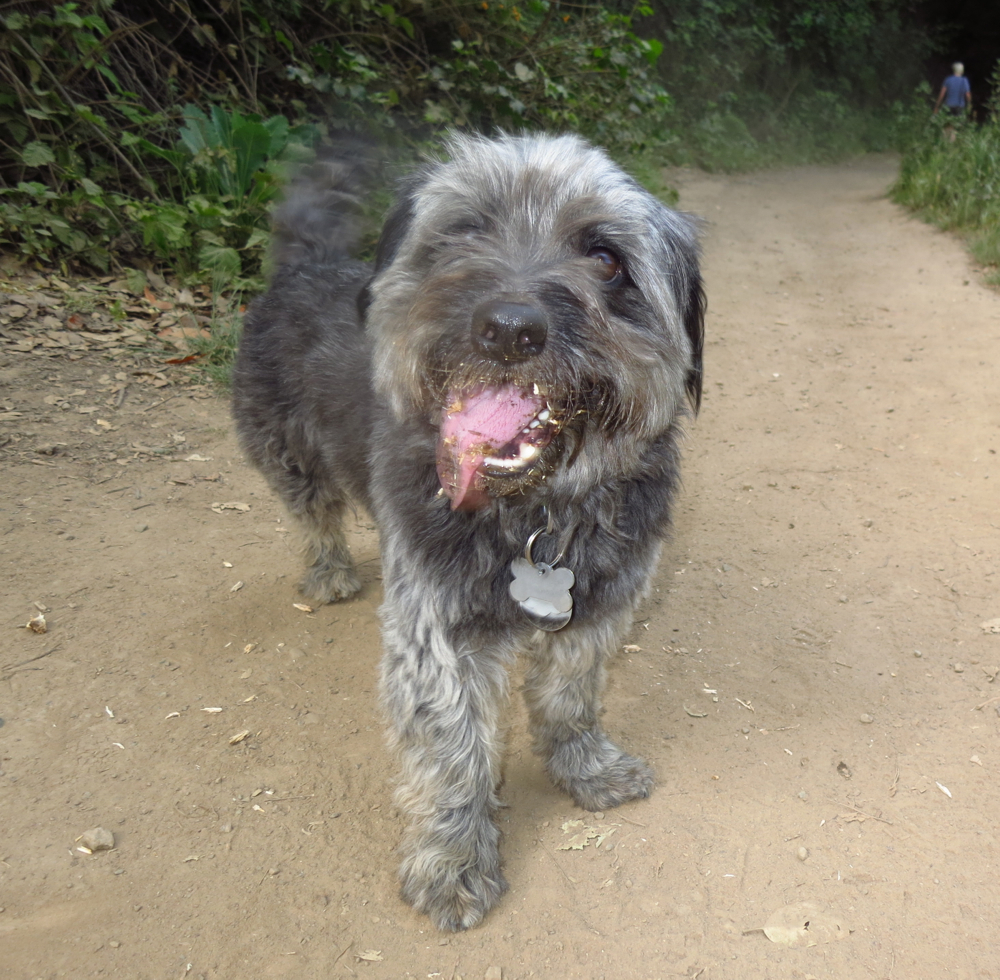 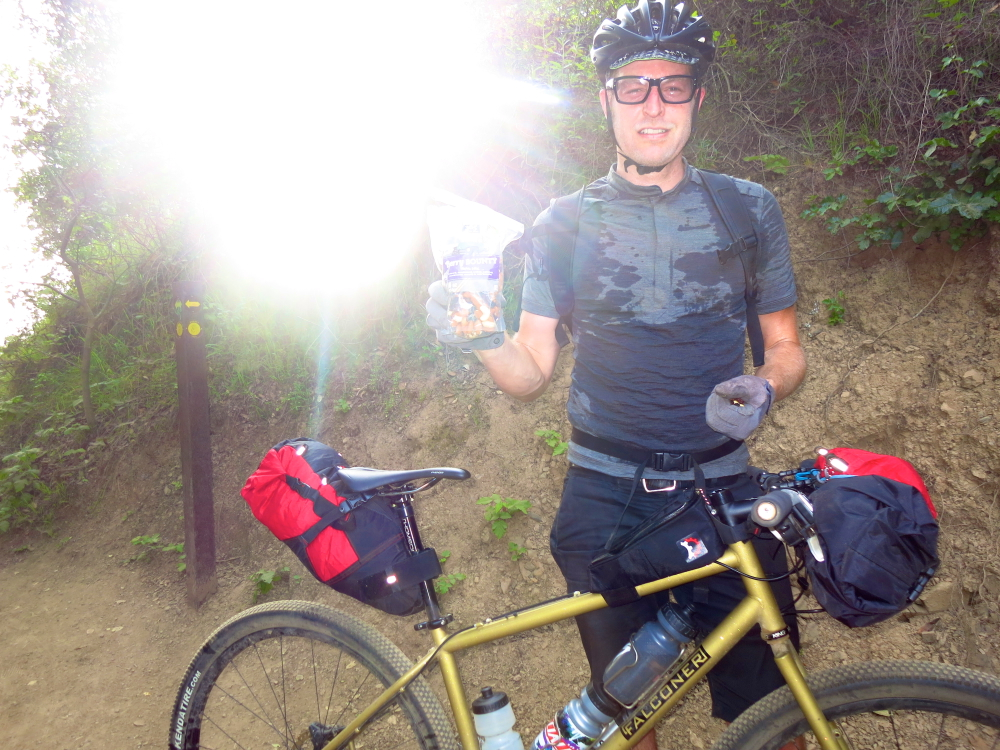 After re-hydrating and eating the burritos we had previously stashed in our bags, Young Carl finally made the scene and I broke out my ever handy set of LCR dice; Never heard of LCR you say? Well, let me break it down for you. It’s a game that Tina B originally turned me onto many years ago, and it consists of three dice and some chips. The chips generally get tossed in the garbage and replaced with cold hard cash. Each player starts with three single dollar bills, or fives, or tens or twenties, or if you’re a high roller like we were the other night, three quarters.

We played, and chatted, and snacked until dark, and then we did it some more; 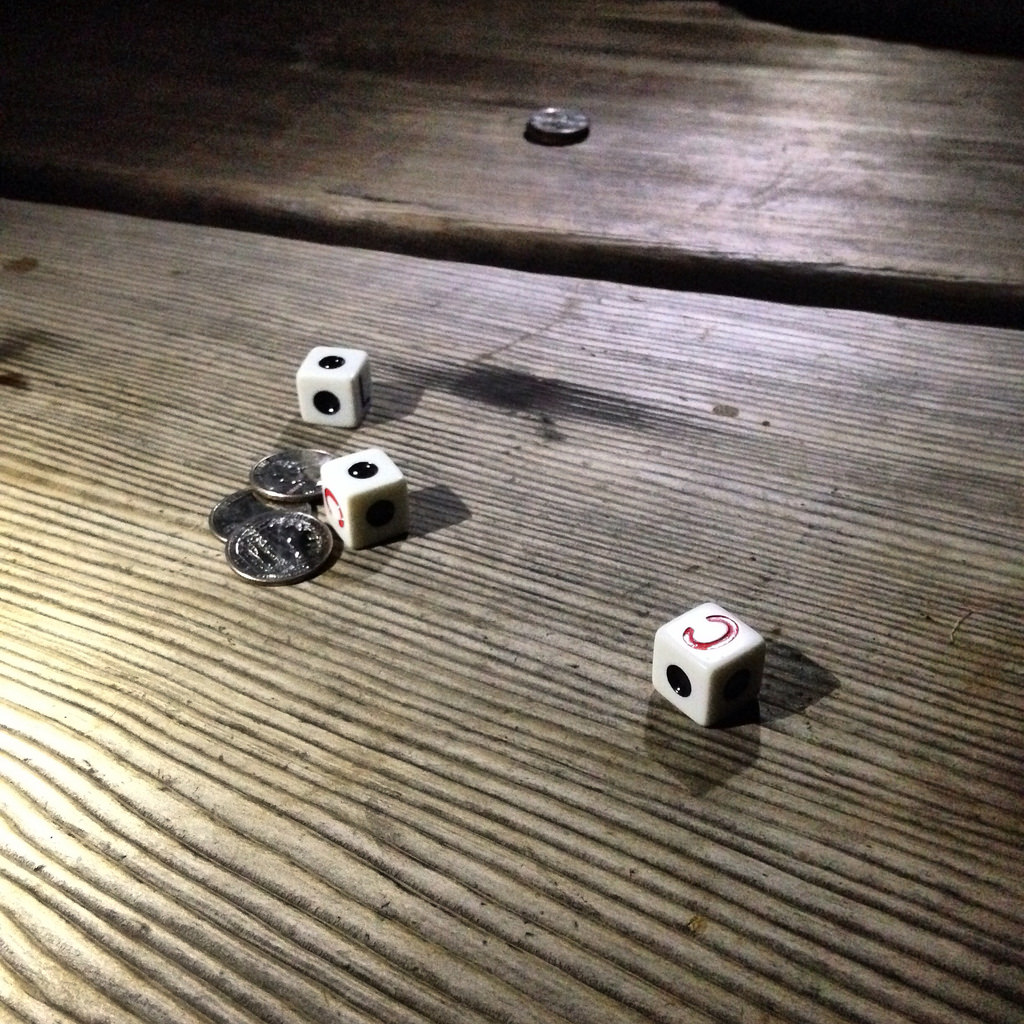 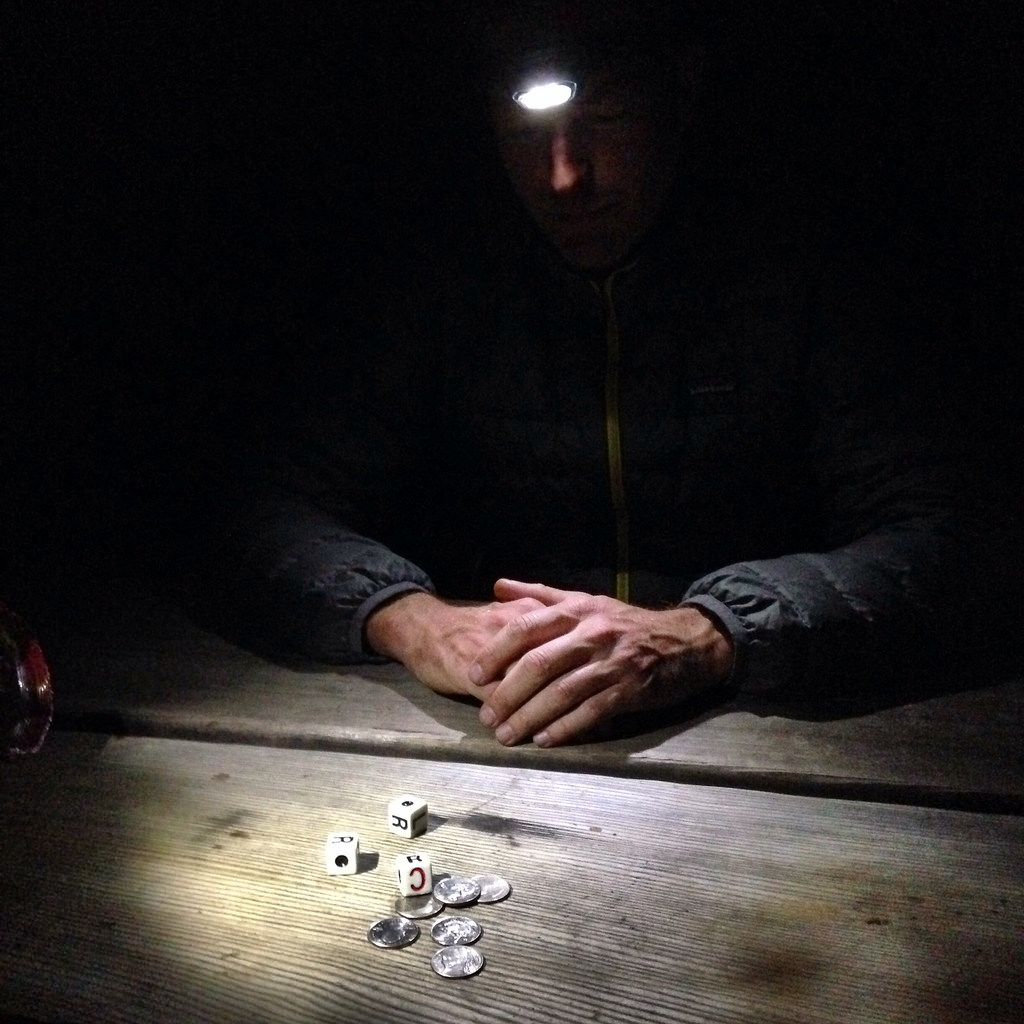 After a spell, and having won all of the money because I was the veteran in the group, we all sacked out for a fitful night’s sleep under a full moon, which was not unlike sleeping beneath an interrogator’s lamp.

At the crack of dawn, we jumped on our bikes, and rode an array of forbidden fruit, quiet hill top fire roads, and enjoyed the peace of it all; 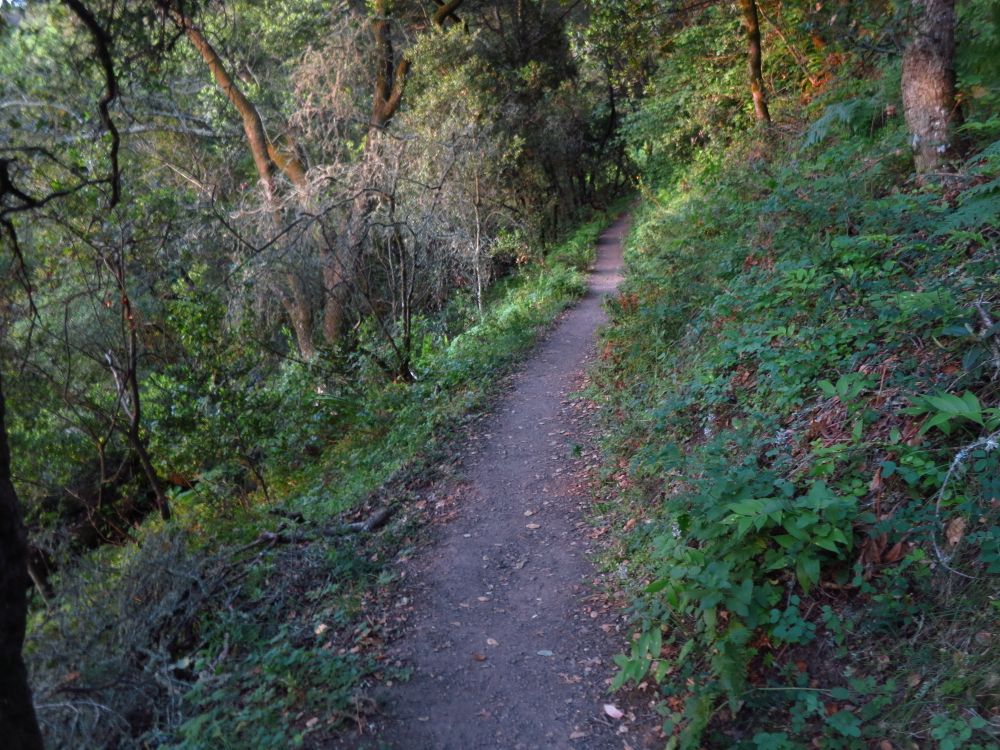 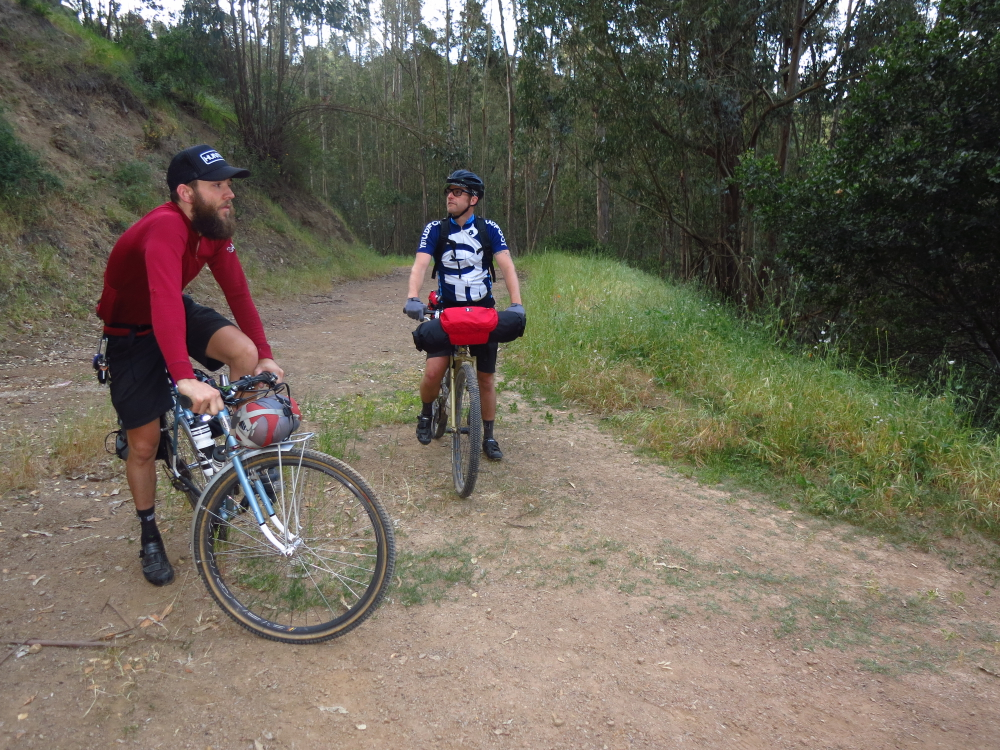 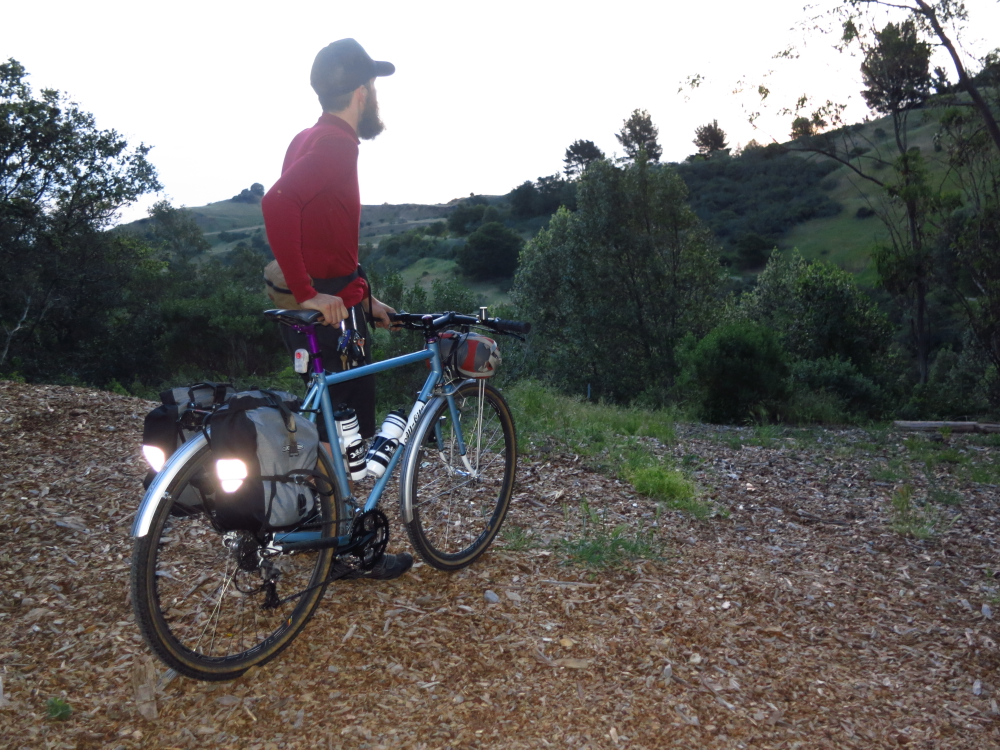 Winding down back to civilization, we stopped by a local coffee shop and drank the hot brown mud until each of our bowels exploded.

And that my friends, is just about the most perfect way to round out a week that I can think of.

Naturally, what better way to kick off the weekend, but doing more of the same, but different? Different because this time my compatriots smelled like, a universe better than my previous ones did.

At some point during the middle of a particularly hairy descent, and at what was possibly the least preferable moment for it to happen, my left foot clipped out of my pedal, sending me crashing ass over tea kettle for at least thirty-five minutes. When the dust finally settled, and my carcass came to a rest, I was bleeding out of every side of my body, which in my history has only happened once before.

While I was sad that I wasn’t witness to someone else crashing, I realize that we all have to take our turn in the dirt at some point. It just so happened that my ticket was the one that came up to get punched.

Anyway, it’s with freshly dressed wounds that I bring you the conclusion of today’s effort which looks like this, being an email from Mark Adam from Kind Human;

We put together a short video that features some pretty South Carolina countryside and some nice folk music (from my dear friend Olentangy John, if you like folk music you should check him out). It also features our new collection of clothing for spring and summer; the Klassic and Aktive mens and womens lines as well as our new Klub bib shorts which we are receiving rave reviews about from our customers.

It is our hope to get some of the new product circulating to you all in the near future so please have a look at the size charts on our product pages if you are interested in receiving a set to review. If you feel like your readership will enjoy the video, I encourage you to share!

Thanks again and as always most Kind regards,

KindHuman has been keeping heir collective nose pressed hard to the grind stone, and for that, I thank them.

I mean, they’re no songstresses fallen straight from the Pearly Gates, but for the purposes of wrapping up today’s post, they’ll do.