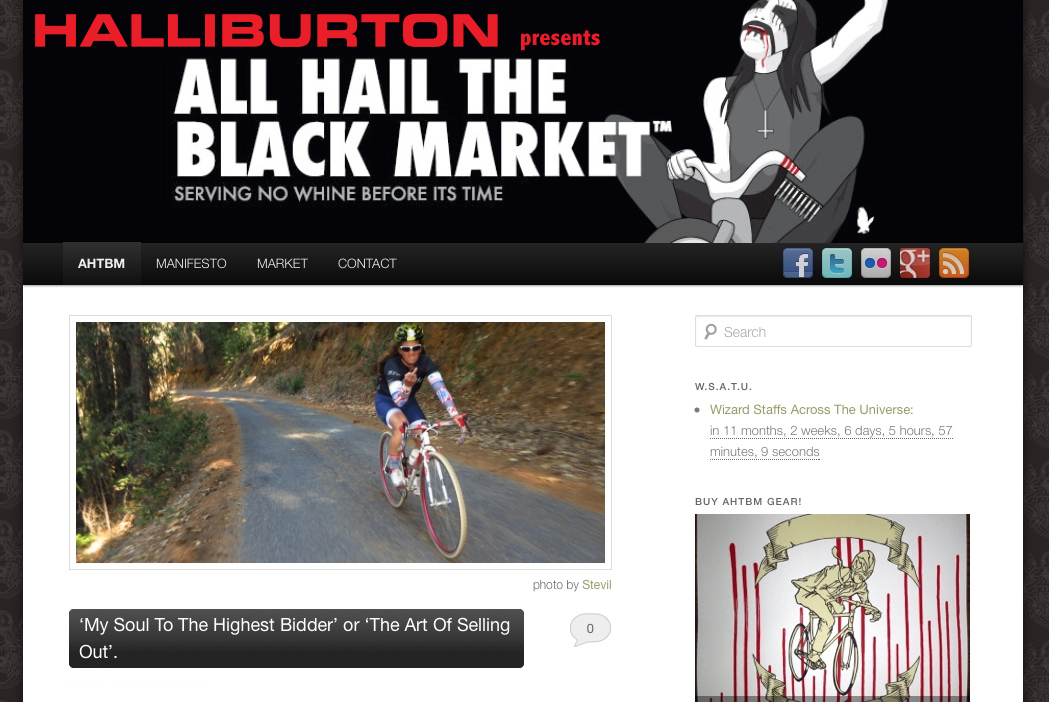 Before we get into anything, I would like to publicly clear up an issue which I didn’t think would be one until Simon commented about it on Friday.

Regarding that particular post’s embedded New Belgium video, he made the following observation;

“It wouldn’t be so bad if new belgium had mentioned Bilenky Cycle Works just once, or supported the race in the past, or even done one thing in Philadelphia, but no, they just ripped them off completely. Recreating a ‘junk yard race’ in LA with paid ‘actors’ is just bullshit corporate co-opting. Interesting that the post is next to their sponsored add on your blog, Stevil calling out the bicycle industry for their bullshit, unless its bullshit that he is getting paid for?”

Of course, ‘the race’ to which Simon is referring is Stephen Bilenky’s infamous Junkyard Tetanus-Fest that occurs every year, which generally looks something like this;

Perhaps I should have included a footnote that New Belgium didn’t actually rip off this landmark event, but rather paid it a tribute in the form of the ad spot with not only the blessing of the Bilenky crew, but with their assistance, and even some additional Fred Sanford-esque treasures from the original parts yard in question.

I addressed Simon’s perspective in Friday’s comment field but it stuck so deeply in my craw that I feel the need to do so here as well. As I replied to him, I genuinely appreciate being called out and held accountable for what I post here, (though at this point, I think we’ve virtually hugged it out). However, what frustrated me most especially is that in my nearly eight years being at the helm of various incarnations of this electronic pulpit, my intentions aren’t completely clear, and in a blink of an eye, I’m considered by anyone at all to suddenly be an unscrupulous corporate shill.

As I’ve said from the very beginning, the companies who advertise on this site are:

A) Run by people for whom I have a grand affinity.

B) Produce a product which I have, or do freely use or endorse anyway.

C) Operate a business built on a foundation of integrity.

D) Any or all of the above.

The fact of the matter is, I can only go so far selling dollar stickers with bad words on them. I rely on the companies who advertise, as I hope, in some way those companies rely on me.

I’ve always said that if Nike or Specialized came along and said “Stevil- we want to offer you $100,000.00 a year to continue doing what you do, but we’d like to you to dump all of the existing advertisers, and just exclusively promote us“, I would be super bummed, because the reality of it is, I need to make a living, but I also know that any integrity anyone previously may have thought I had would be down the crapper faster than you can say “any integrity I previously thought you had, is down the crapper“.

In the long run, if that were to happen, nobody would be picking up what I was laying down and I’d ultimately be out of a job anyway.

Clearly New Belgium is big money, and they have their fingers in a lot of pies, but even still, I trust that they are committed to doing right by the people with whom they are either involved professionally, or invested in personally. Secondly, even though it’s no secret that I am a life-long lover of cheap (and often noted crappy) mass produced American pilsners, fortunately they still believe in me, and I them.

I hope that this clears up any misconceptions about their intentions, or those of my own.

Now, speaking of whoring for The Man, in just two week’s time (I think… Like showering, spelling, riding bikes, or sleeping in, numbers aren’t really my strong suit), the aforementioned brewery, Swobo, One On One Bicycle Studio, Nutcase Helmets, and I are conspiring to bring Minneapolis, their second ever official Folsom Fist Fight; 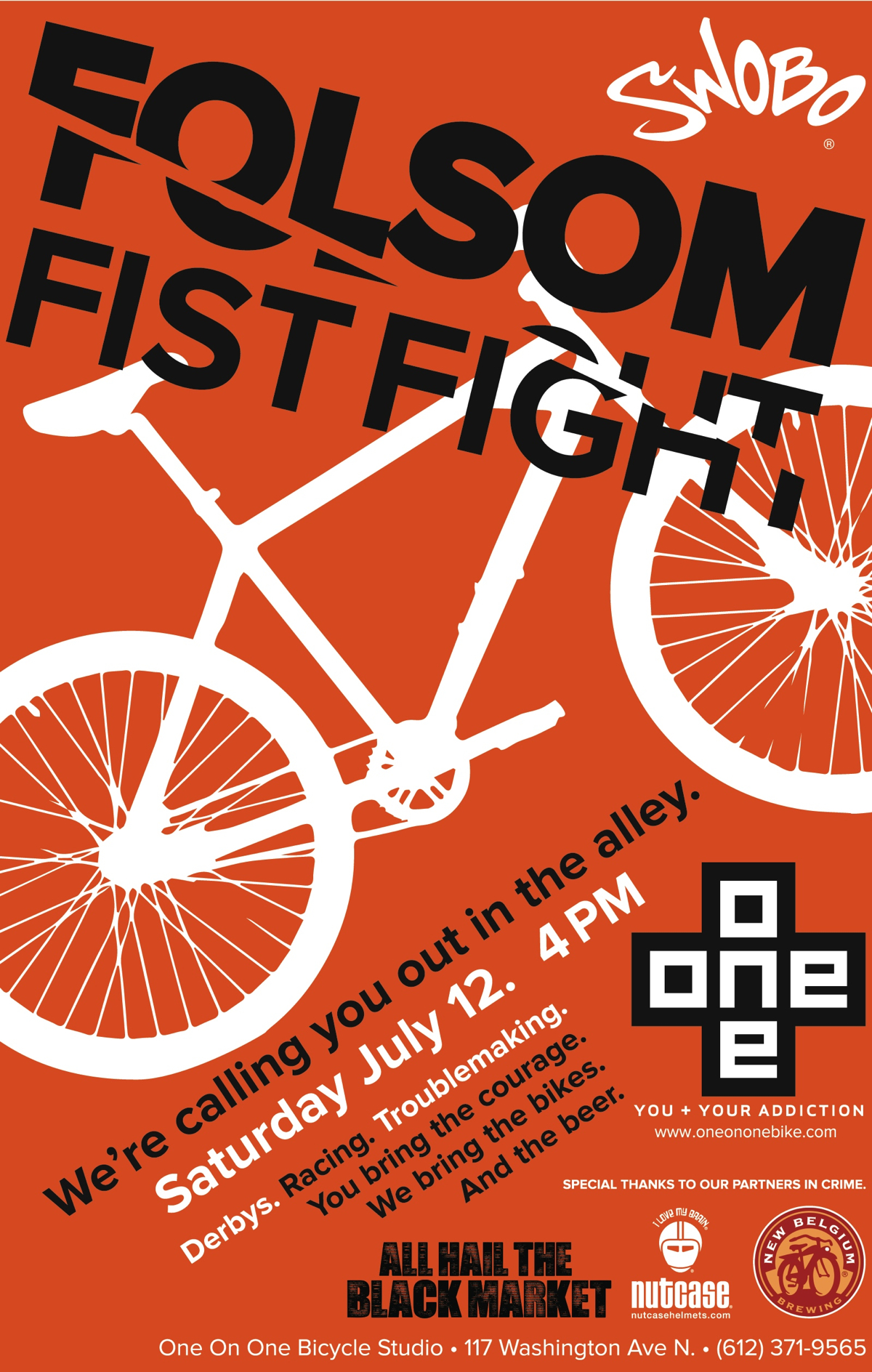 It was just a few weeks ago when we hosted one of these freakouts in Ft. Collins, and I’ll be damned if it wasn’t one of the funnest times ever.

I expect the Minneapolis edition to be filled with just as many laughs, fuzzy memories, and bloody palms. Certainly, if you are lucky enough to reside in or around Minneapolis, please mark your calendars and swing by to get in on the action.

Moving on- It was a month or so ago when a compatriot of mine, and an individual who has occasionally been featured on this site called Jason told me that at some point or another he could potentially be darkening my door way.

As we unpacked his truck, he offered me a parcel wrapped in a black jacket, and the instruction to open it inside.

Once in the safe confines of my basement, I removed the jacket to find the ultimate gift; 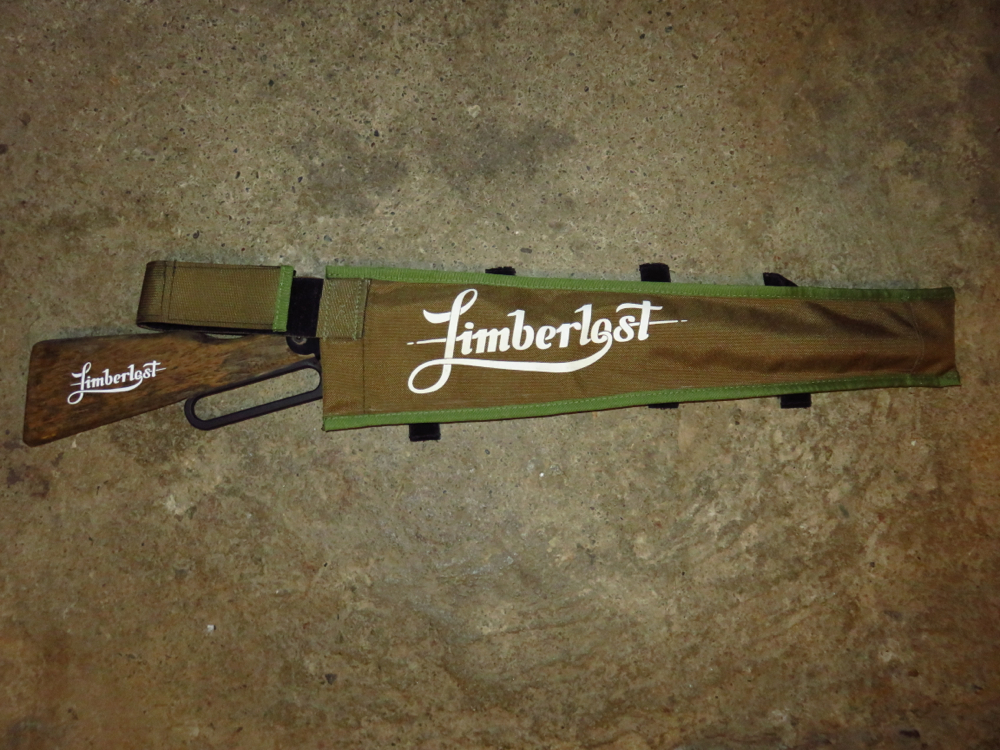 That sound you just made was probably something like “whaaaaaa?” which was pretty much the same one I made.

With quickness, I put it where it was supposed to go; 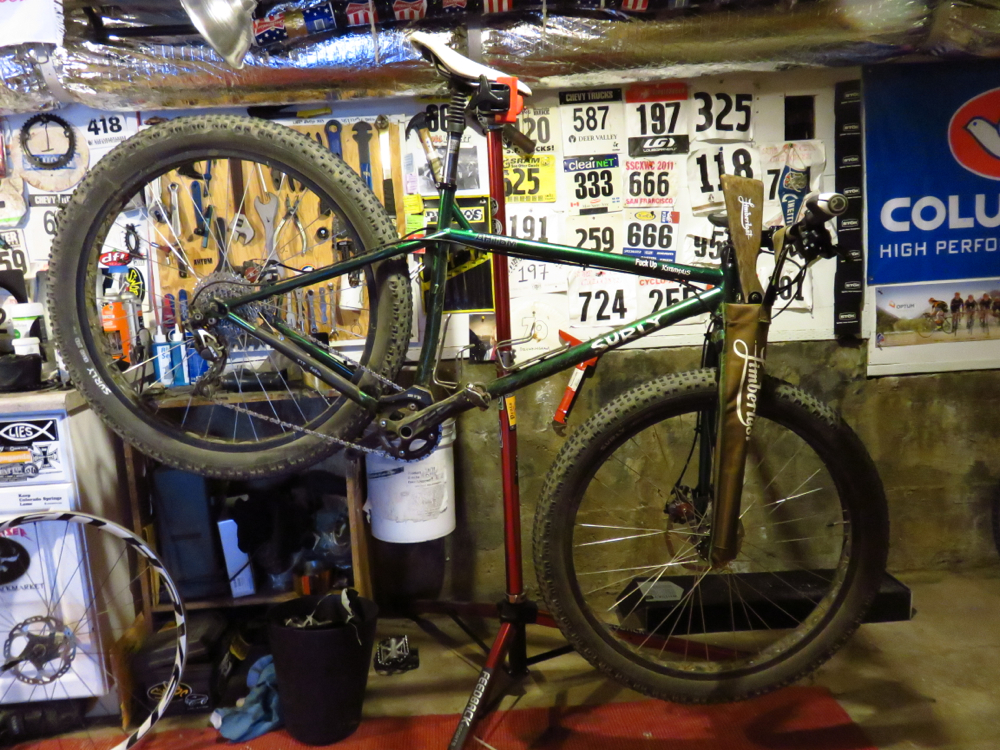 Regardless of whatever open carry law California happens to have, I most likely wouldn’t spend too much time in the general population riding around with this adornment, but once safely in the woods with a few empty beer cans to exact my vengeance upon, I will gladly do so.

His imprint is called Limberlost, at which he is the Director of Getting Rad.

Do you ever occasionally make a friend who you kinda feel as if you’ve known all along? Jason is like that, and if ever there was a gift that acted as they key to my heart- He offered it in spades.

Anyway, during his stay, we adjourned upon an early morning hesh sesh in my backyard trails and set the dirt ablaze; As well as added to the arsenal of treasure with which to extinguish the flames; Eventually came the time for us to part ways and for him to continue his journey northward. He loaded up in his truck, and before he was even a speck on the horizon, I was back in my basement drawing quickly and killing cans; To today’s post’s opening point- I still generally stand by my perspective, but if Limberlost wanted to buy me out, I’d do so in a heartbeat.

21 Responses to “‘My Soul To The Highest Bidder’ or ‘The Art Of Selling Out’.”