Say, do you as a reader ever tire of coming here and getting lambasted by a regular barrage of seemingly unrelated fodder?

Because I don’t tire of writing it, and I guess since I’m the one with the keys to this creepy van, my perspective trumps yours.

Have you ever heard about the International Bicycle Trade Show thing that occurs in Las Vegas every September? Have you heard that as long as I’ve been attending, (since 1996 I think) there has never been a fun thing to do in terms of ‘industry parties’? (With the exception of the Blue Collar party in 1997); 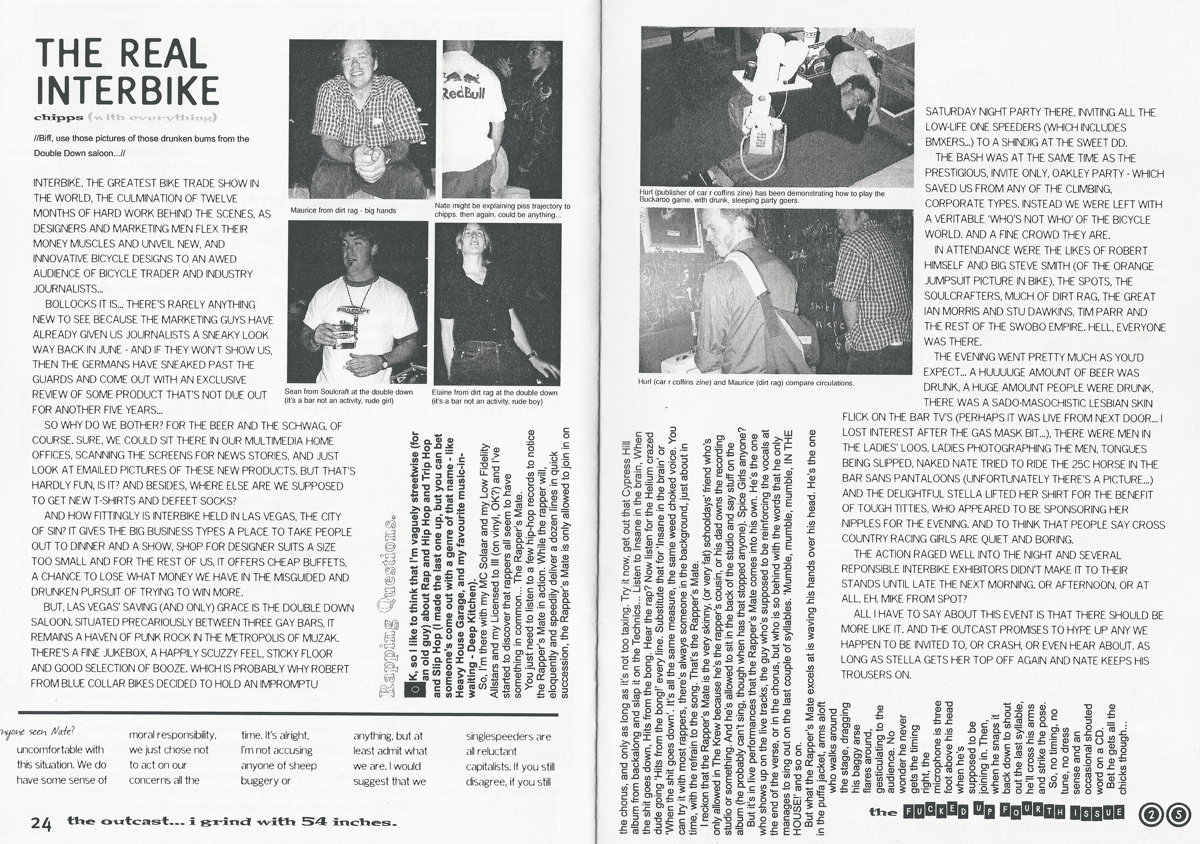 True- You can douse yourself in Axe body spray and go stand in line for the SRAM party, or mill about with a bunch of greasy Italians and watch the ice sculpture melt at the Sinclaire party, or go see George Thorogood and the Delaware Destroyers at the Interbike party, (seriously- Did anyone at all actually go to that?), but aside from these, you’re pretty much out in the cold.

This is why five years ago I kicked off the first annual Underbike Industry Mixer® at The Peppermill Fireside Lounge. After a few years there, we quickly outgrew the bar’s confines and moved to The Doubledown. After a year of assuring me that the bar couldn’t possibly run out of beer, on the night in question, they did just that, and almost immediately.

So with their burned out carcass in the rearview mirror, I set my sights on newer, and decidedly better venues. Last year we put down roots at The Beauty Bar, and it was good. Refreshments stayed stocked, local act The Black Jetts blew the doors off the bar, and everyone had a good time; 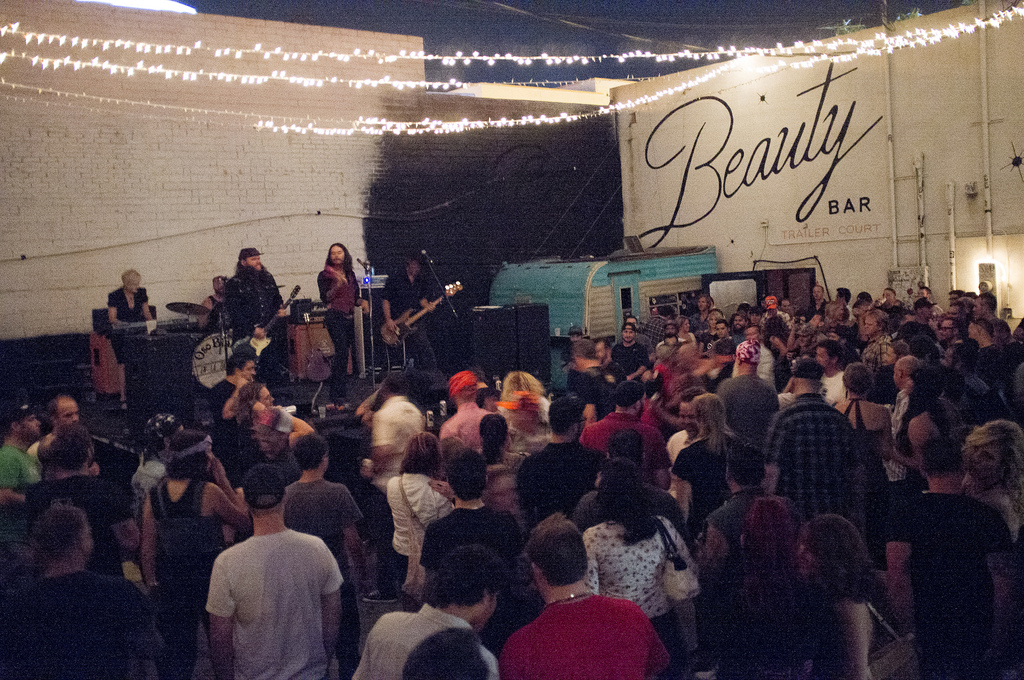 This year, I have an even bigger and potentially better surprise in store; 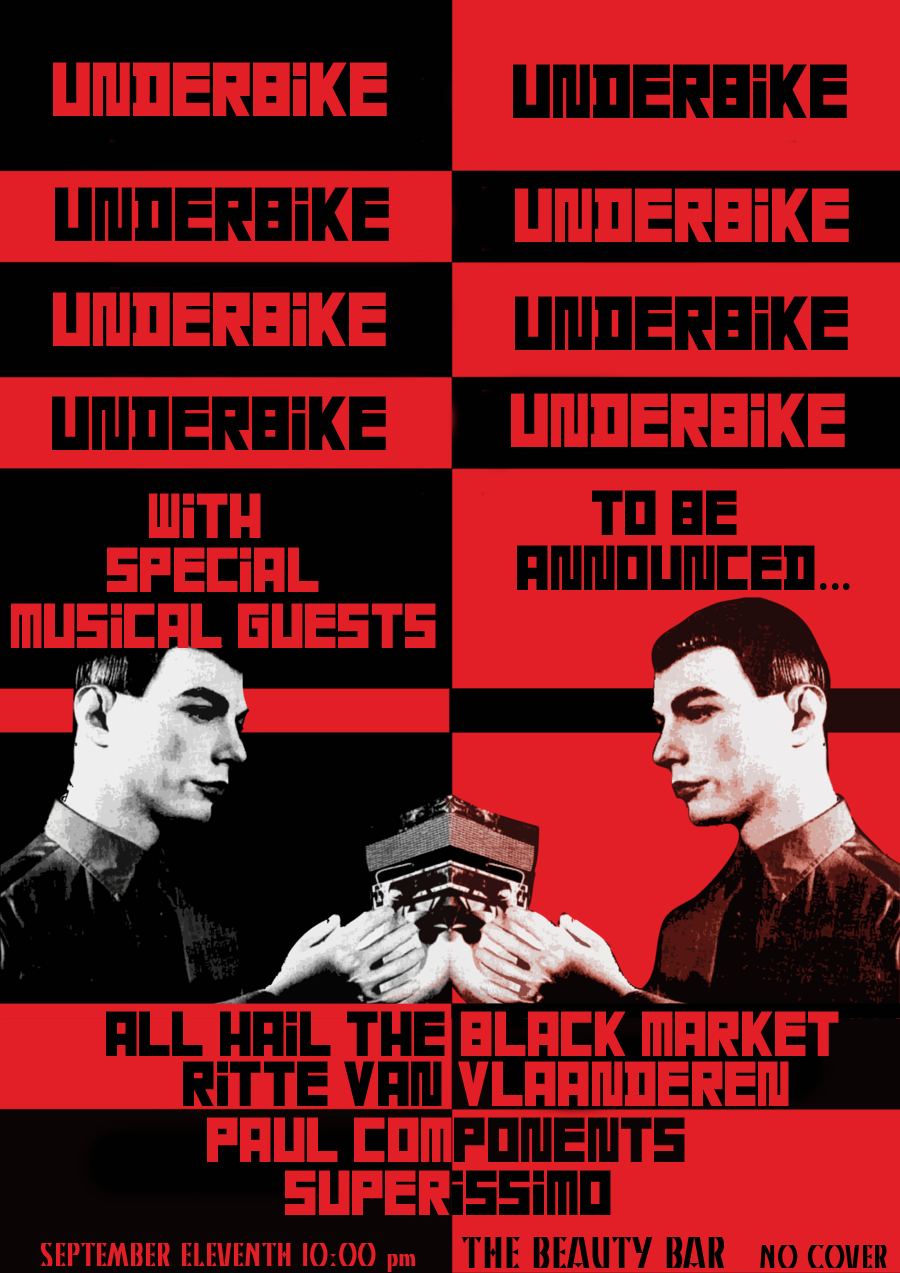 Standard compatriot in crime Ritte Van Vlaanderingham will be back for their fifth year of conspiring on the event, Paul Component Engineering will be present for their second run, and media giants Superissimo will be rounding out the supportage.

The primary spot where I really blew it last year was instructing people to arrive at ‘party time’. As it turns out, ‘arybody got ‘they own kind of party time, so we’re sticking for a hard start time of ten o’clock, in the postmeridian.

Have you made note of this on your Palm Pilot?

I’ll give you some time to do so;

One point that I would make abundantly clear, is this year’s theme is red and black. Dress up in anything from your finest wares in said colors, to a red t-shirt and black cut-offs (or vice versa). I don’t really care. Those who adhere to the dress code get free entry.

Those who do not do as well, but you’ll look like a dick. 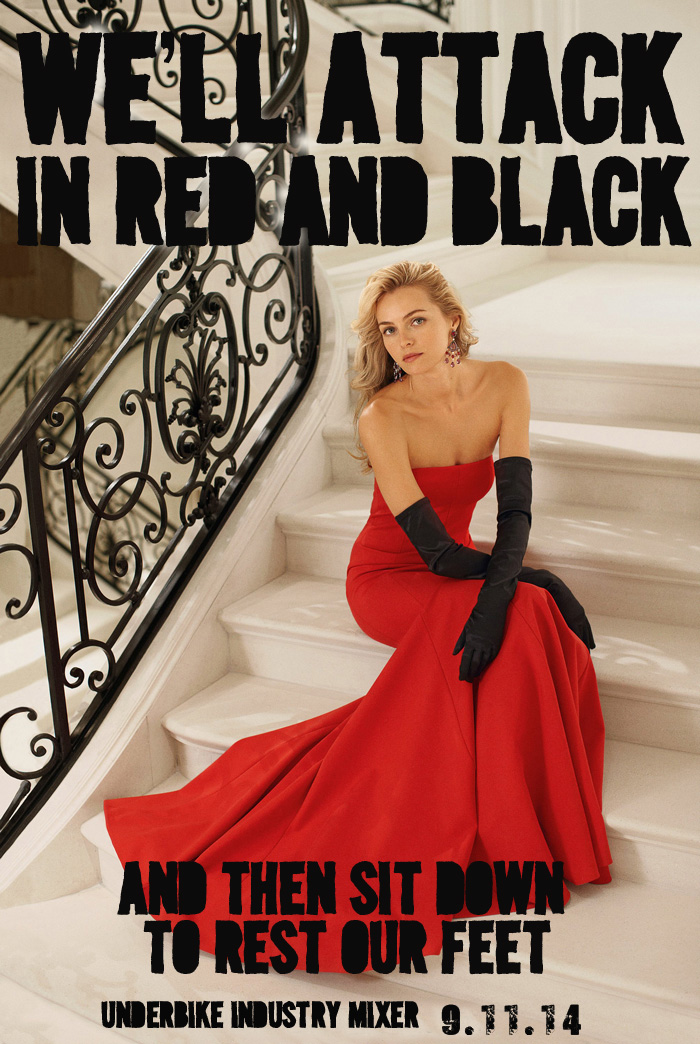 As always, thank you for your time and consideration of this matter.

And seriously- It promises to be the best yet.

Now then- As I mentioned recently, over the course of the last few weeks, my home has become a brief stopping point for an array of bikecycle industry luminaries. Most recently my domain was sullied by a fellow called Greg who for lack of a better title, we’ll just call a member of the bicycle illuminati. He is both everywhere, yet nowhere. I’ve known him forever, yet can’t remember when we first met. He is both the light and the shadows, and he can ride any sort of bike in any sort of conditions.

During our visit, he happened to be riding a mountain bike, and so that’s what we did together; 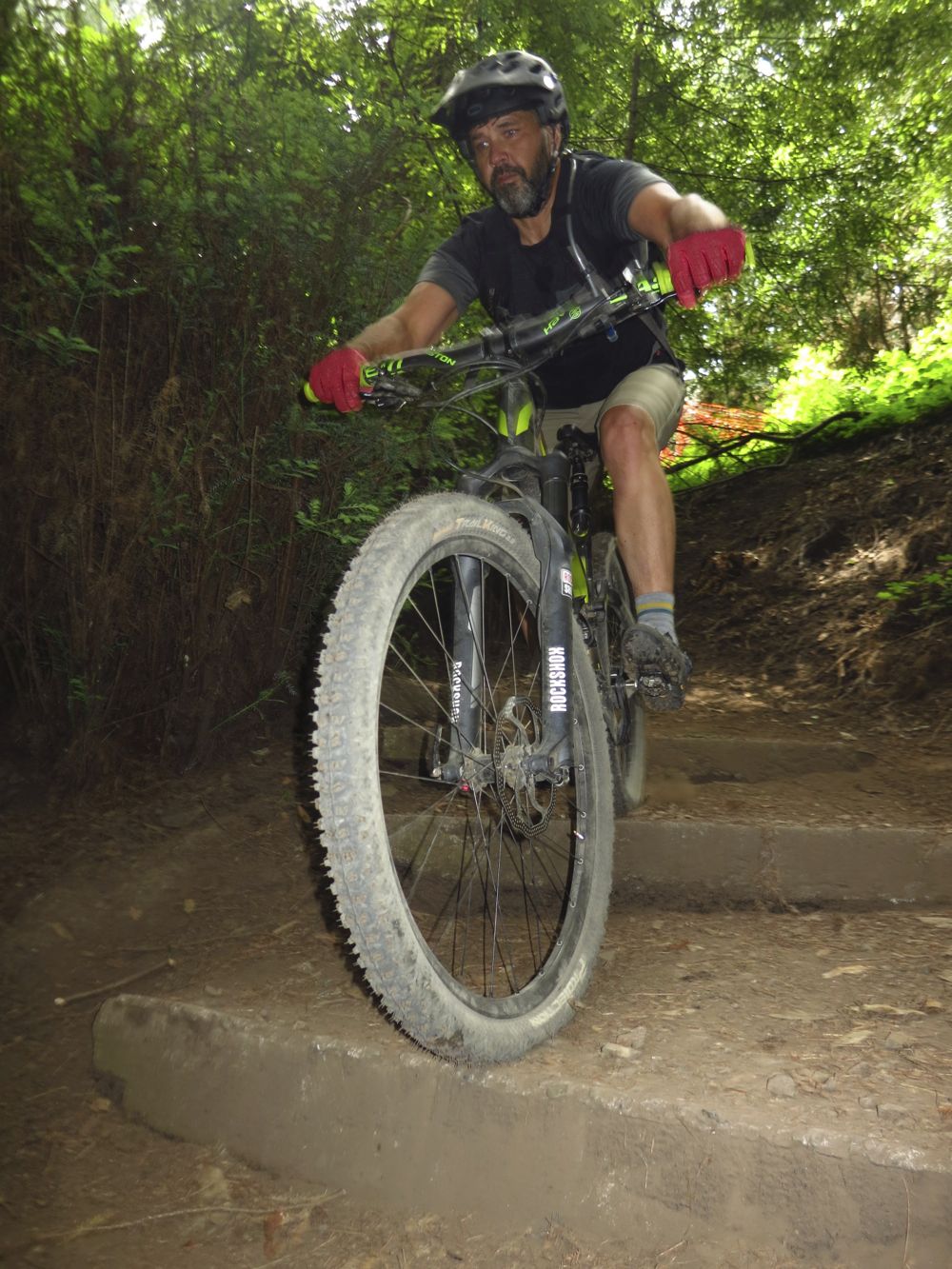 I took him across hill and dale while showing him my local network, all of which he handled like a champ.

At one point while shooting a photo of him railing a picturesque corner; 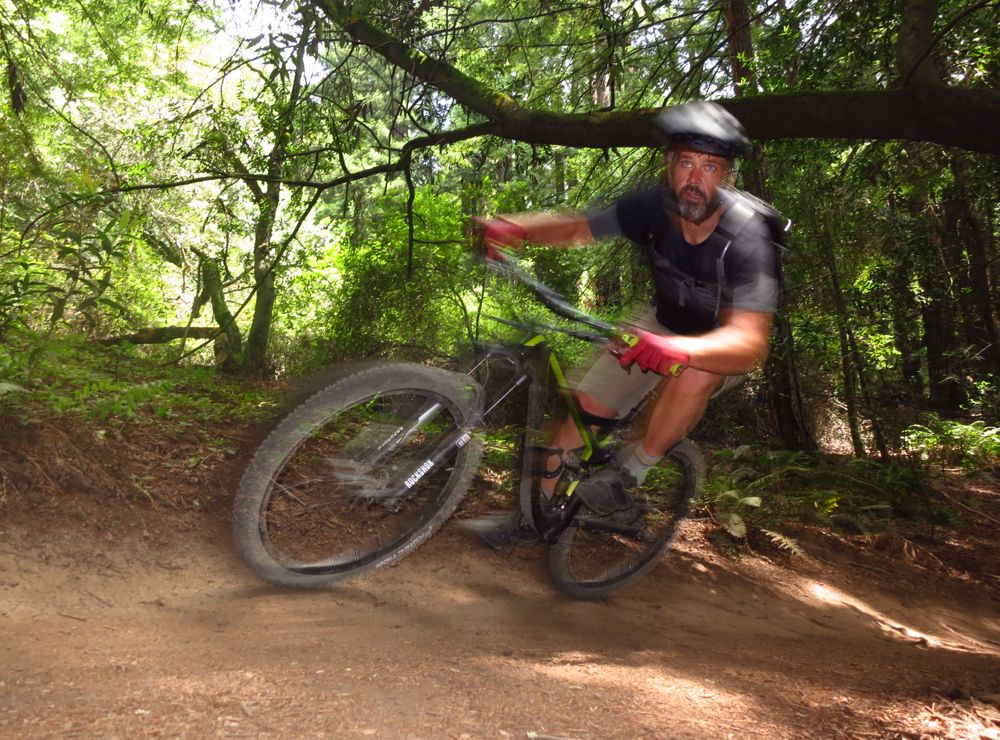 -I realized I’d screwed up and included the top of his head, so I asked him to ride the section again just so I could do my due diligence properly; 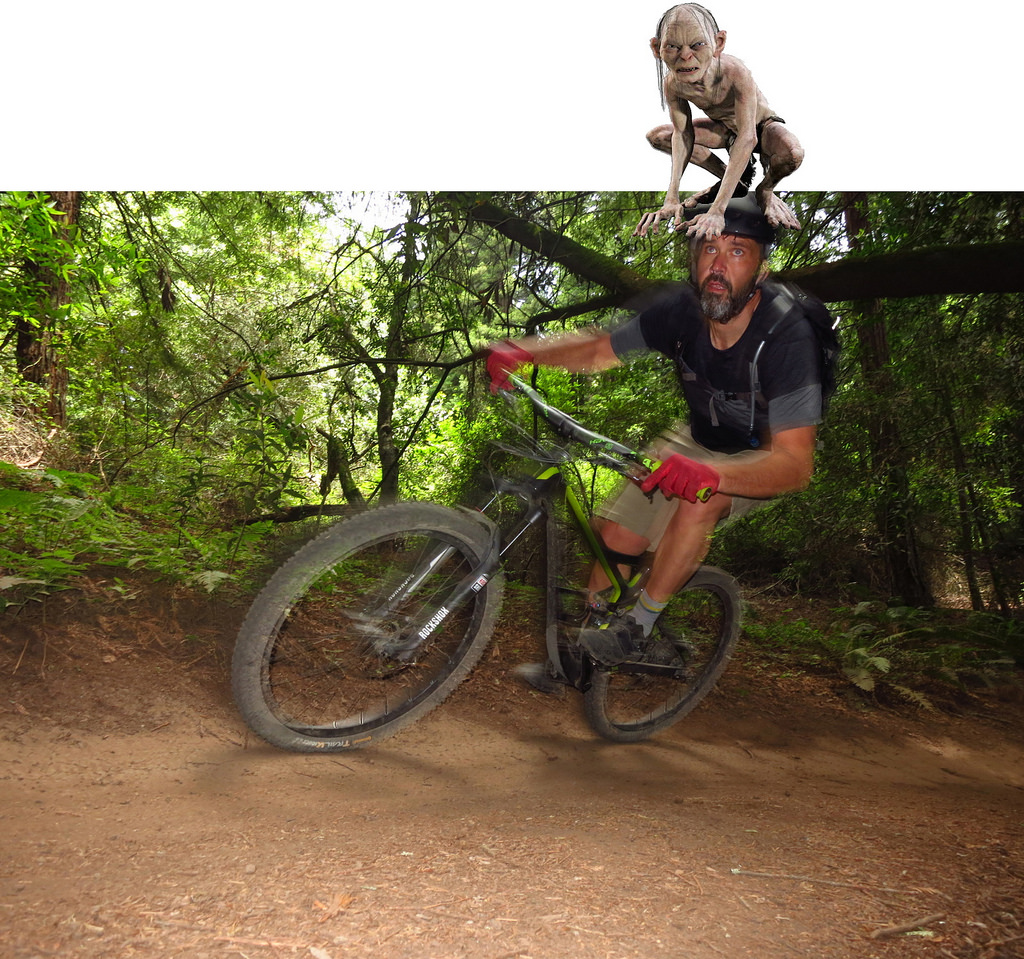 And that is both how and why I retain a firm grasp on bicycle blogger douchebag (same diff) profhessianalisim. 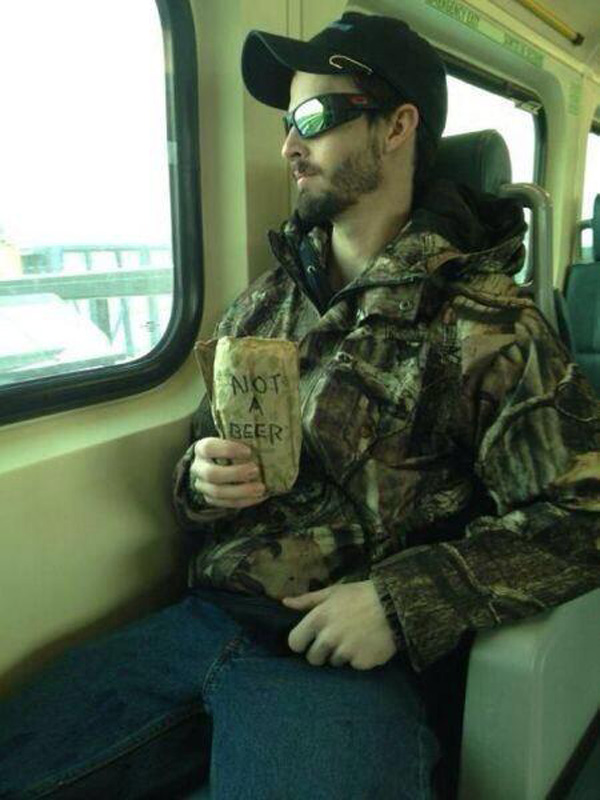 Inspired, I immediately got on the computer machine and had a set of patches made, which I then had shipped to Dank Bags’ Seattle based world headquarters with a directive to make a new run of cüzies that matched the 2014 kits; 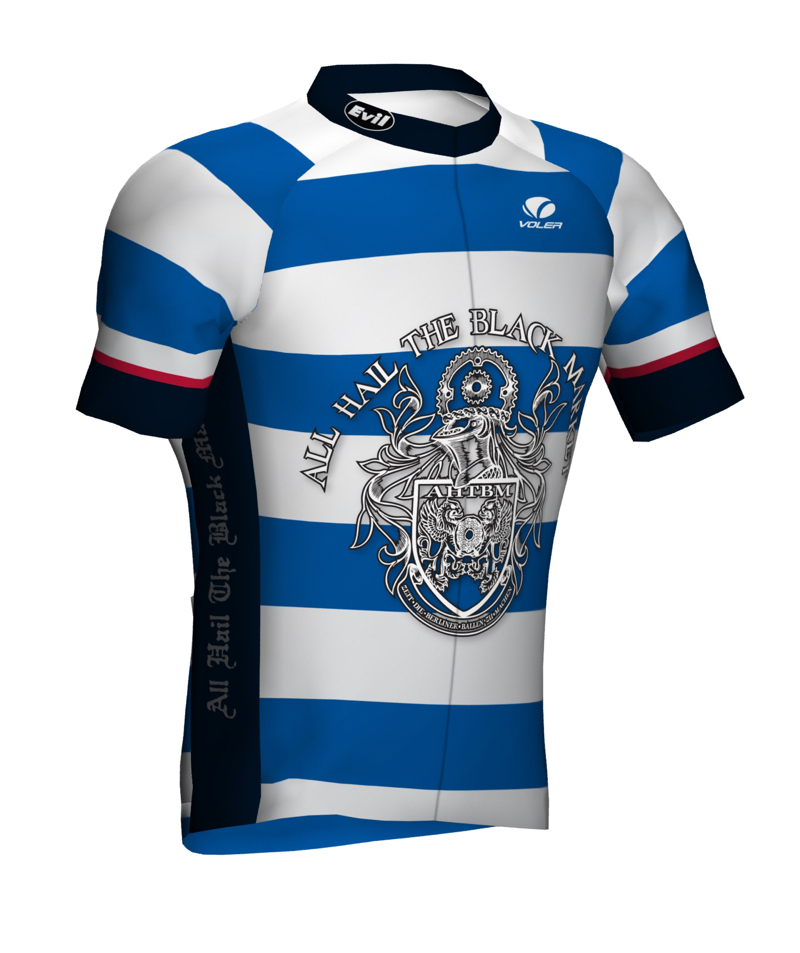 After many power meetings and emotionally charged phone calls, what just arrived to my house looks like this; 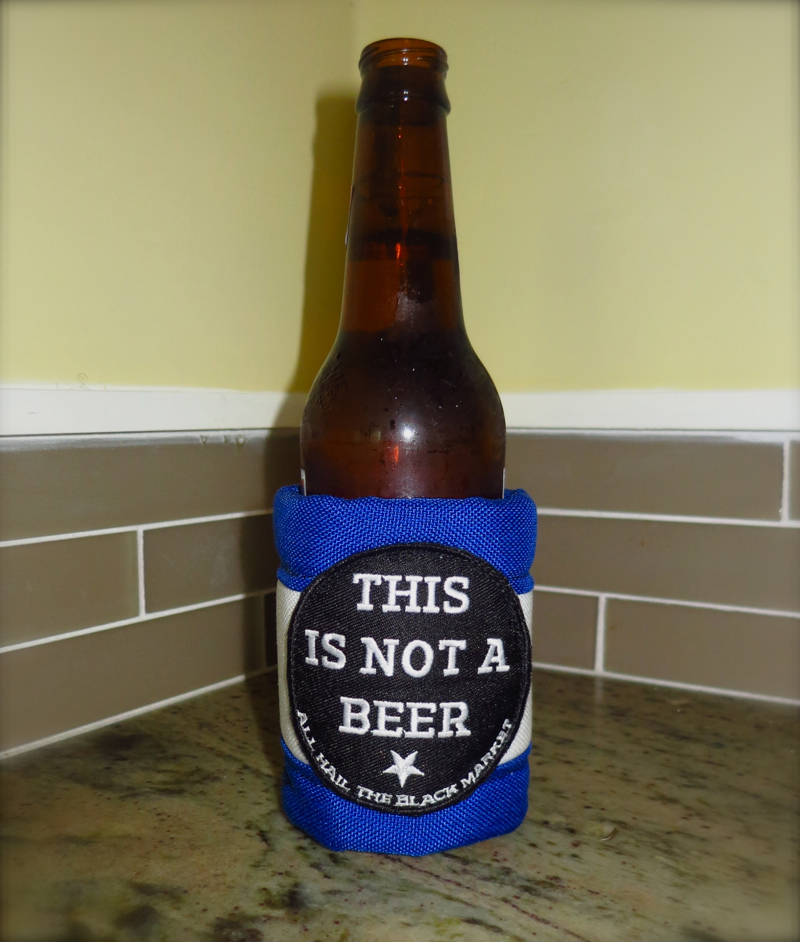 I call it ‘Policeman Camouflage’, and it’s assuredly set to turn the beverage holding community on its ear.

If you would like one or two or three for your very own, all you gotsta do is go here and place the stupid order.

This run is limited to 100 pieces. Once those are gone, it’s not bloody likely that I’ll make some more, so don’t come bellyaching to me when they’re gone and you don’t have one.

That right there is a classic case of a YP as opposed to an MP.

(Your Problem > My Problem).

Finally, and in conclusion, let me please remind all who this might concern- Today is Chuey’s court date. If you need me, I’ll be spending the day at the Hall of Justice, and bringing with me every tool on my arsenal to try and help him stay out of the clink; Which at this point may or may not include a kitchen sink.

8 Responses to “What’s left, plus the kitchen sink.”