-Seasoned with some other gross stuff.

Kicking things off right out of the gate, we’re gonna get into some very important schtuff.

Do you recall this piece I recently posted regarding the issue of Net Neutrality?

Then for the love of all that is good and right, please pay attention to this;

So what can we do?

A good place to start is to email the FCC, like, yesterday.

Then how does one go about doing this you ask?

Go here, write an email and make your voices heard.

The government has clearly made the call, and it is up to us as individuals to loudly and decisively respond.

Now that we’ve addressed that, we’ll get into some varying random randomness.

First up, it was Via Josh that I came across one of the most comprehensive tech manuals for Crank Brothers pedals to date; 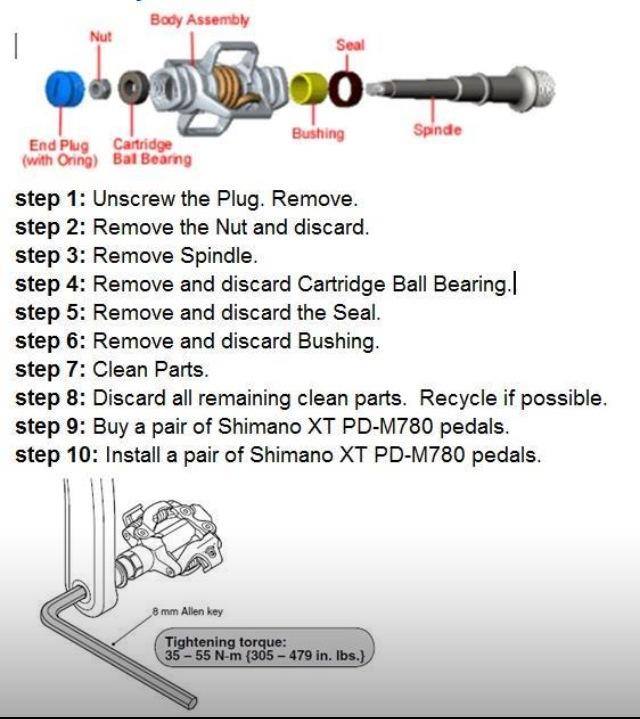 I say ‘one of’ because this other one I saw was equally succinct; 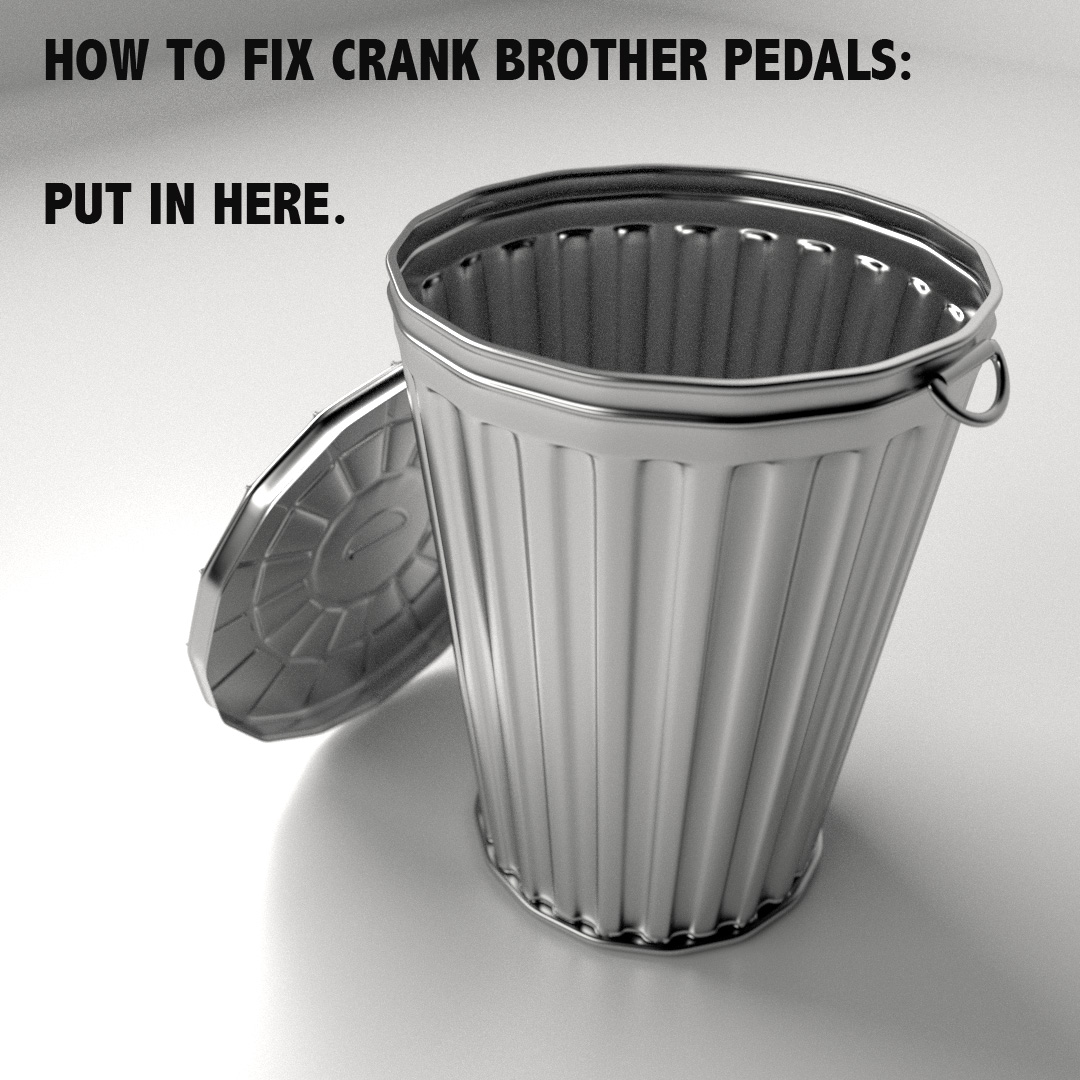 Now you know, and as they say, knowledge is power.

Moving on… Do you occasionally find yourself in appreciation of the musical band called Centro-Matic? I have, and do for a myriad of reasons, primarily because I find their particular brand of musician-ness auditorily appealing.

For those who might feel similarly, they have a brand new record out (their eleventh, if I’m not mistaken), as well as the following video which may or may not make your eyeball balls feel hurty;

And speaking of hurty eyeball balls (just roll with it. I’m totally drunk right now), Grandpa Bruce of Bruce Gordon Brand Bicycles is the next victim in line to host the ever popular Meet Your Maker bikecycle rides.

We are having a ride starting and ending at My Shop on Sunday June 15th, around 9 am.

It will be an Easy 25 Mile (Approximately) Ride to Olompali State Park and back; 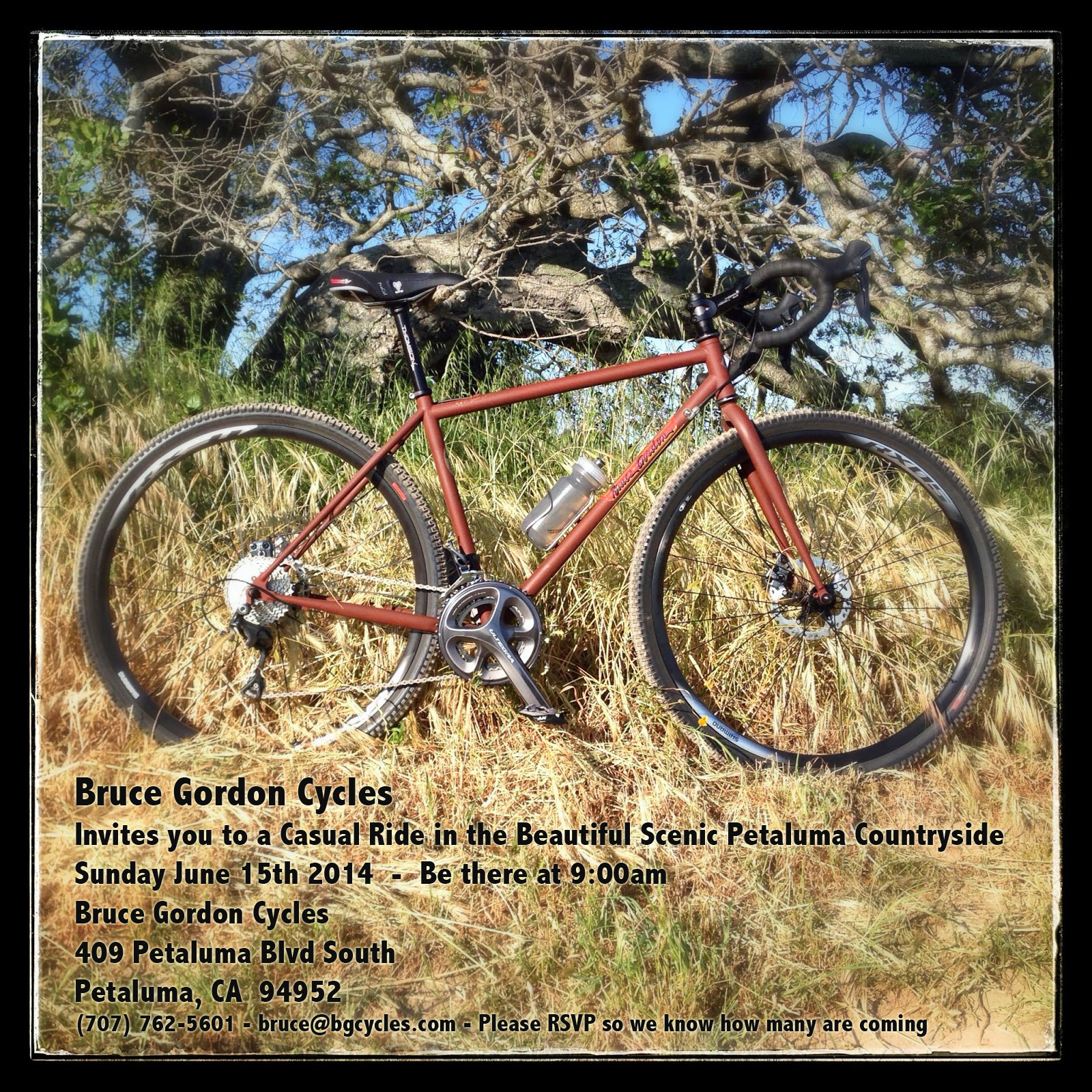 Please tell your friends – all ages and skills welcome.

He concludes that email with ‘please tell your friends’ because he doesn’t have any.

I kid, of course. I kid, because I love.

Unfortunately, I won’t be able to be in attendance for this event, as I will be somewhere in Oregon that weekend, doing super duper Oregon-ie stuff, like peeing in reservoirs, cooking meth, getting fat, and talking about how awesome Oregon is.

So for any folks who might wanna go up there to Petaluma and hang out with the state’s finest craftspeople while partaking in a two wheeled adventure and soaking up an array of lovely sights, mark your calendar appropriately. *Editor’s note- This apparently is not a part of the Meet Your Maker series, but rather just a simple bike ride at which makers will undoubtedly be present. Please, for the love of the Little Baby Jesus®, if you come across a maker, do whatever you can to avoid meeting them.

Ironically or not, I then received another email from DPow! of Portland Design Works regarding a grand opportunity to put your money where your mouth is and get cracking on some trail work;

We’re going to host another Trail Work Day this summer, this time at Stub Stewart State Park west of Portland.

Even though I won’t be there (damn, there is a distinct lack of mountain biking here) it will still be an awesome day. All of the details are here. If you could pump it up, that would be awesome. I met a guy last year who came out to Sandy for our work day because he’d read about it on AHTBM.

Do you like to ride trails? Then offer up a little bit of sweat equity because it’s only right.

And speaking of PDW, their considerably better smelling domestic replacement for DPow! is a person named Jocelyn. (I’m lying. I have no idea if she smells better, but as long as we’re on the topic, DPow! actually smells pretty great.) She got in touch about a new video they made, which naturally I was already aware of, because I live in the internet;

We’re expecting our next video to go live in late July, and we’ll be sure to give you a sneak preview before the public release.

Enjoy whatever weekend antics you get into!

Of course I wish the same to her, because I am of a caring sort, kinda.

Then from Dustin, I get a tale not regarding jacketglasses, but rather, a thing stuck in his throat, which again, was not some jacketglasses;

I’m a relatively new to this part of the world (*Editor’s note- I assume he’s referring to the Bay Area, and not say, the earth’s surface). Last Friday I inhaled something while out on the Skyline trail heading up from down by Old Tunnel Road… It was troubling enough to lead me to the ER where I was told: “Go home… see what happens.”

Anyway, the next day the shit’s still there, like something stuck in my throat, so back to the ER. X-rays are ordered. The x-rays show something in my esophagus and I’m relieved it’s not in my trachea. 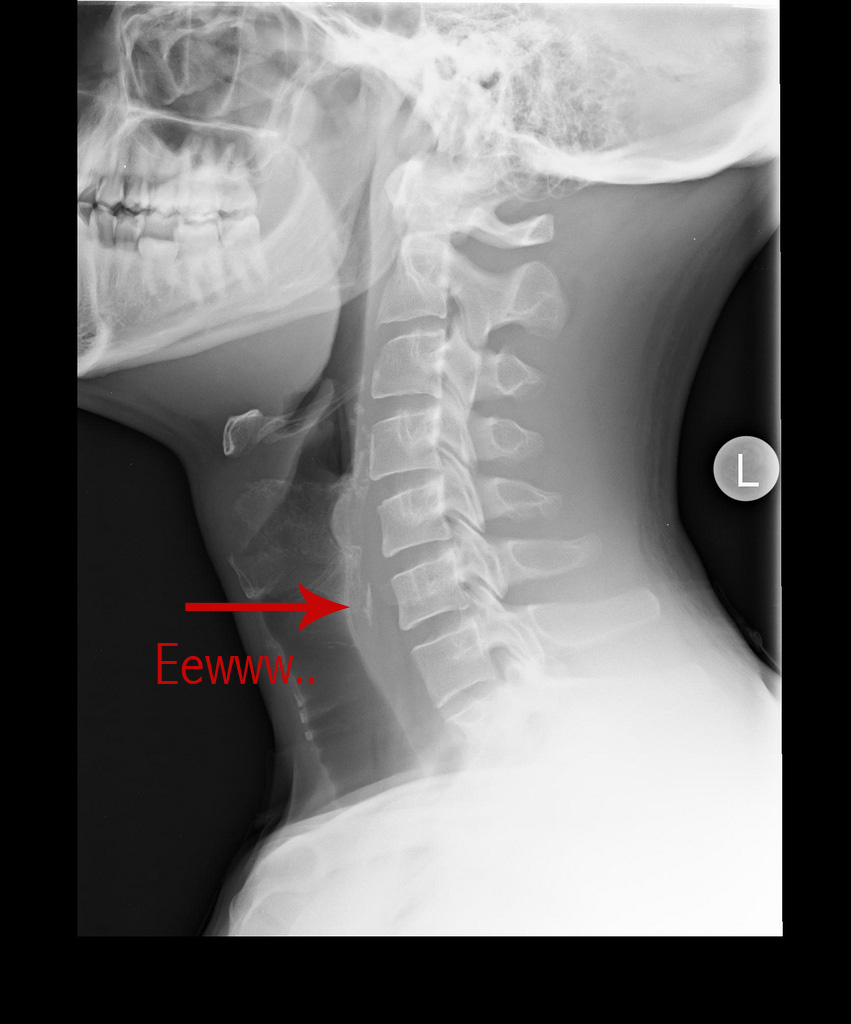 Fast-forward two days, and I’m shitting in a bucket so that I can “screen” it (I’m not paying for endoscopy unless I really need it.). I found a small flake of rock. It looked like stuff from the trail, but on my next ride I confirmed it; 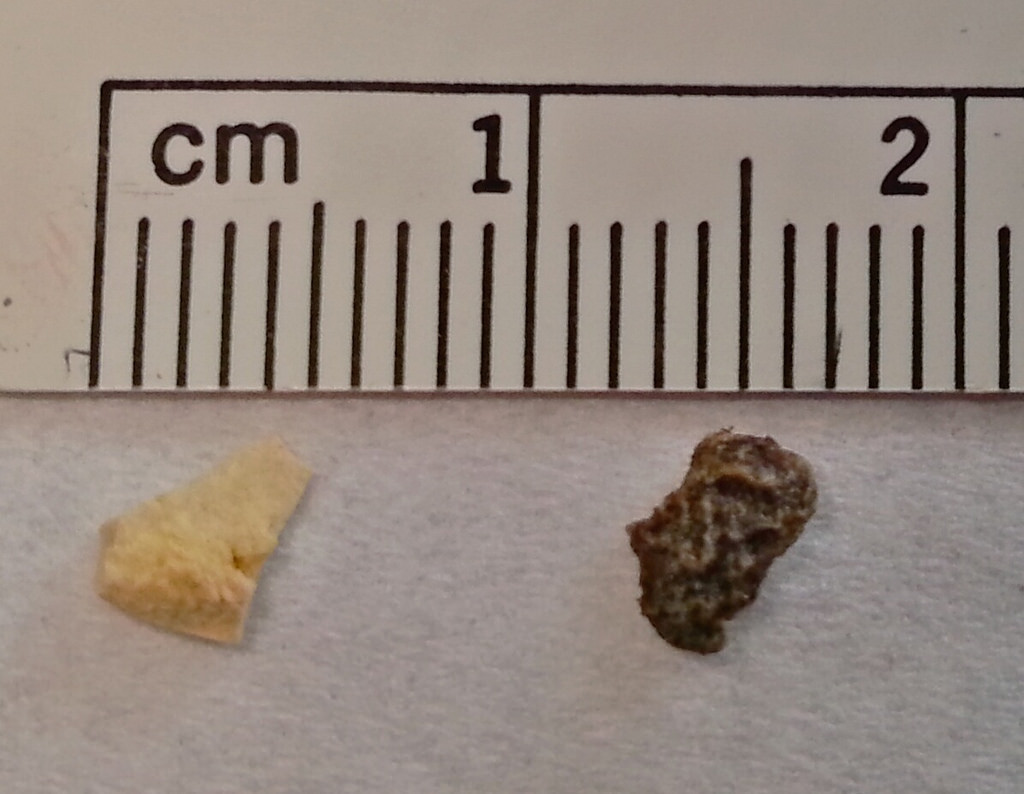 I don’t know what the point of this story is, other than to say that the old volcano is metal.

And there we have it. Dustin has now learned of the initiation we have around these parts for newcomers.

Though truth be told- It was either that or be forced to eat a bowl of garbage soup.