As I hunt and peck these words out, I’m just back to my host’s house from the aformentioned medical procedure.

My hands are swollen and my wrists are sore, which I understand is to be expected when you get a bunch of syringes full of your own body’s life force injected into them.

Despite my inital assumption of my pelvis getting its marrow pulled out, the good Dr. Darrow opted instead to draw blood from my arm, seperate the components of it in a centrefuge, (for those who actually know what the fuck I’m talking about, I appologize for the vagueness, because I certainly don’t), and after a bit of medical magic mumbo jumbo, reinjected it into my wrists with big hurty needles.

I’d offer photos of all of it, but won’t because without exception there’s always about a ton of wise acres who feel the need to let me know I have hairy arms, which I’m totally aware of. Because they’re my arms.

I also didn’t take any photos, so there’s that.

But a few things I did take photos of was Spencer standing next to me in the elevator as we arrived to my appointment; 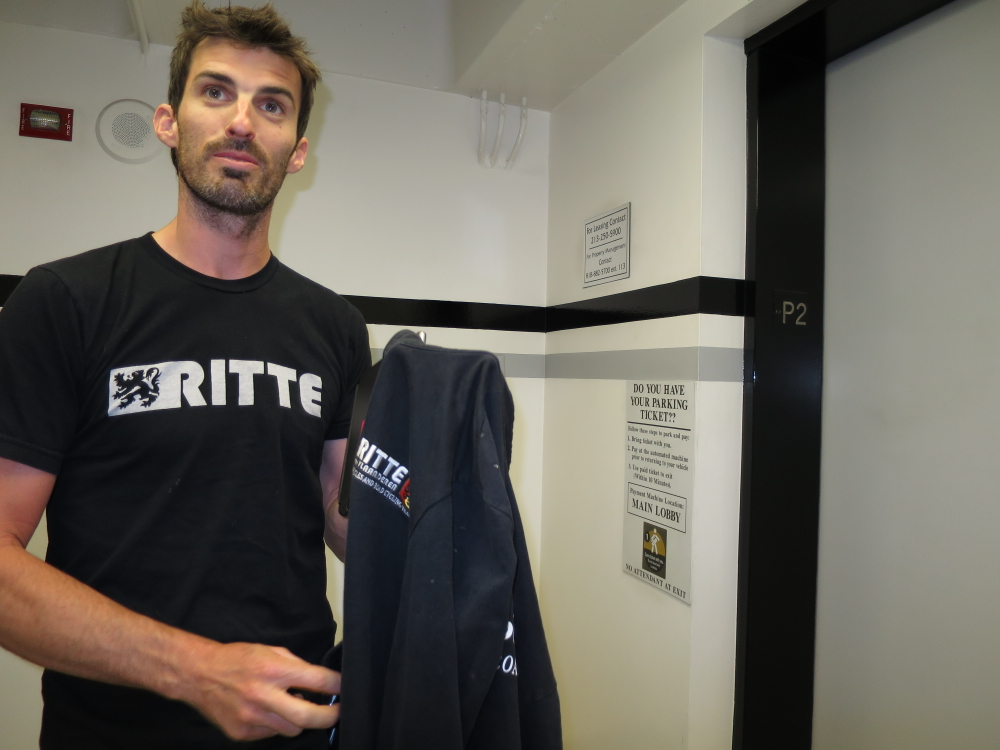 Then, as a big wave surfer might be found going up against a veritable mountain of water, when biding our time in the waiting room, Spencer went toe to toe with a mountain of electronic devices; 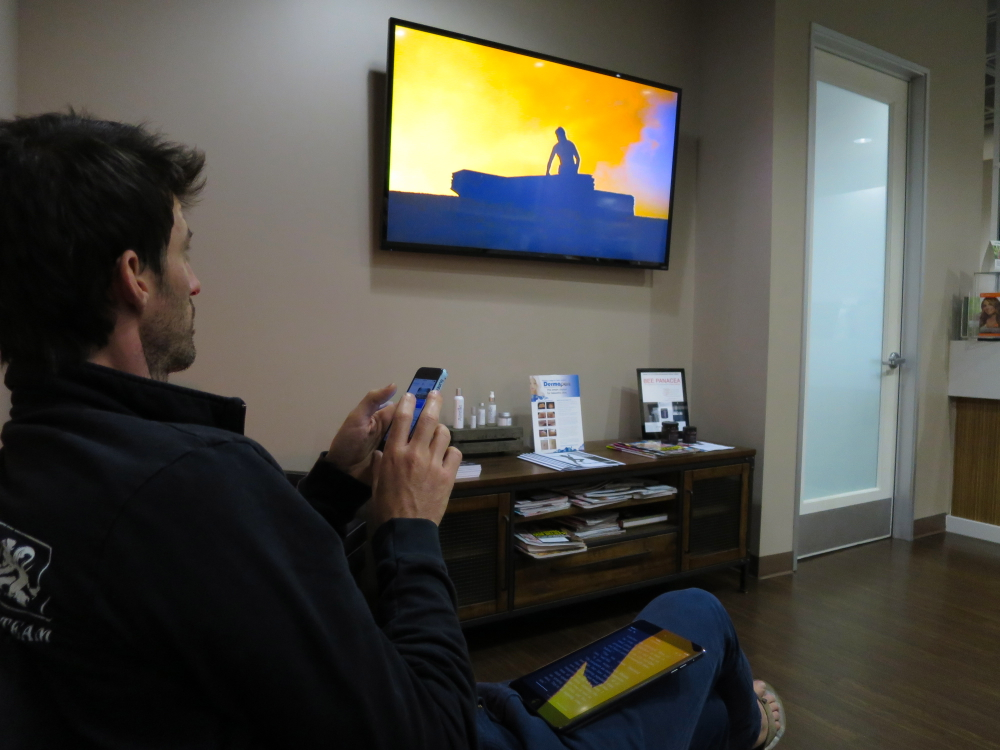 After being called into the maze beyond the front desk, I was led into a room where I’d spend the next spell of time; 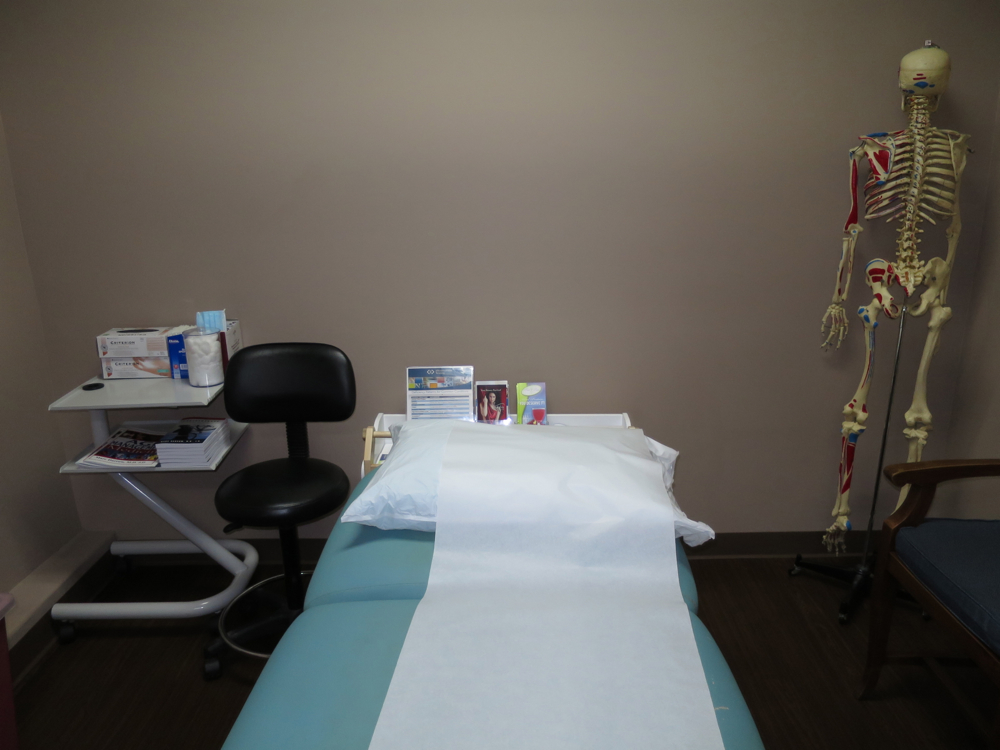 Finally Dr. Darrow entered and we discussed a number of topics from meeting our own dopplegangers, to thology, and all matters inbetween.

Finally, after possibly getting a bead on what sort of person he was dealing with, he excused himself and an assistant entered the room to prep me for the procedure. First blood was drawn into vials, after which I was given a little can of 7 Up; 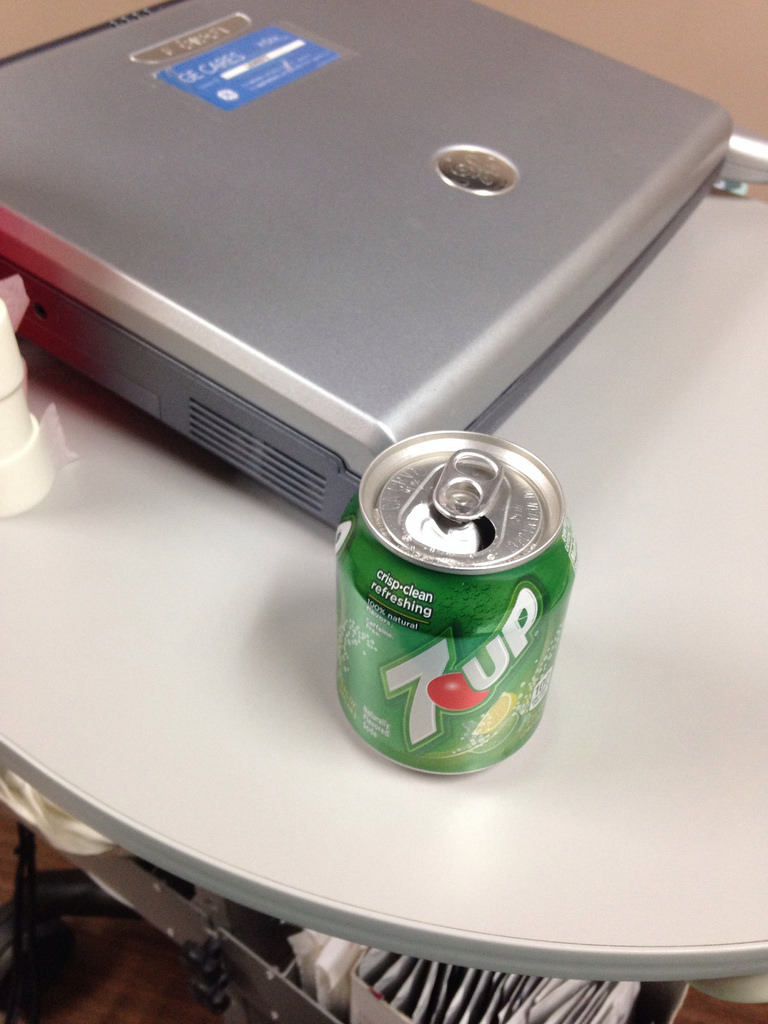 At that point my cleanse went right out the window.

I laid back onto the bed, and retrieved my phone to re-read a story about a mountain biker in South Carolina who was assaulted both physically, and nearly sexually, and then reportedly shot at as he tried to make his escape.

Because, you know… I was in need to some good, healing vibes.

Within a short time, Dr. Darrow and his assistants came back into the room, wiped down the injection areas, and went to work shooting my own blood stuff back into my wrist joints. As with previous prolotherapy treatments, I experienced swelling and discomfort almost immediately, which went away within a half hour. I was advised to keep a low profile and not do anything for a few days which might jeopardize the process. This includes, but is not limited to supercross racing, jack hammering, vigorous high-fiving, Rocky style exercise regiments where I clap my hands between push-ups, and/or lifting Hooters waitresses above my head.

As I am a man who is comitted to healing, I heeded the good doctor’s advice and will be doing none of those things for now, or maybe even forever.

Not that anybody cares, but as the healing continues, or any unforseen mutations occur, (gaining the ability to shoot spider webs), I’ll be posting updates here. When whiling away the afternoon shooting the breeze, I sat on the floor between unpacked boxes (they’ve recently relocated from their previous top secret lair, to a updated top secret lair), a brand new and as of yet unseen frame was pulled from beneath a satin cloak for me to present to the world (the five of you reading this) here. 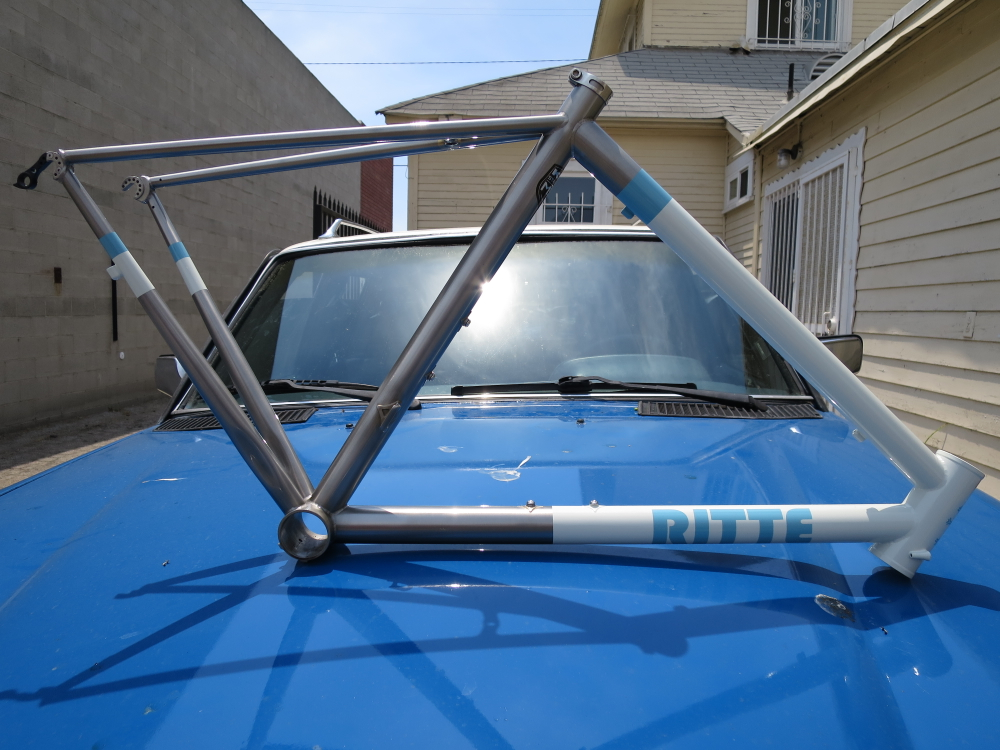 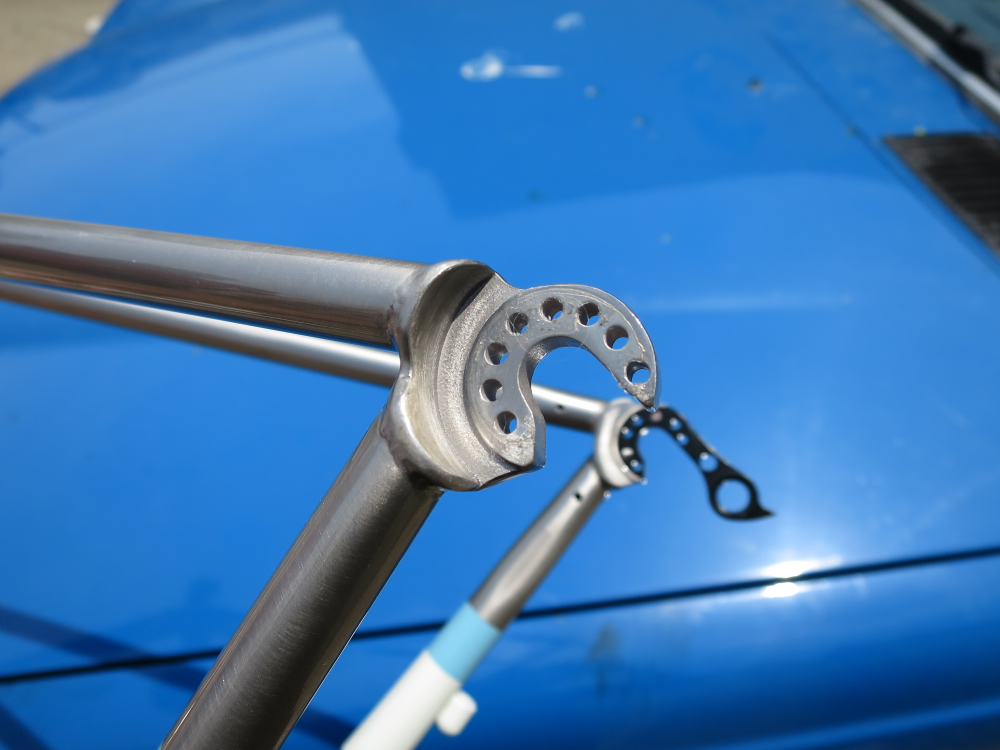 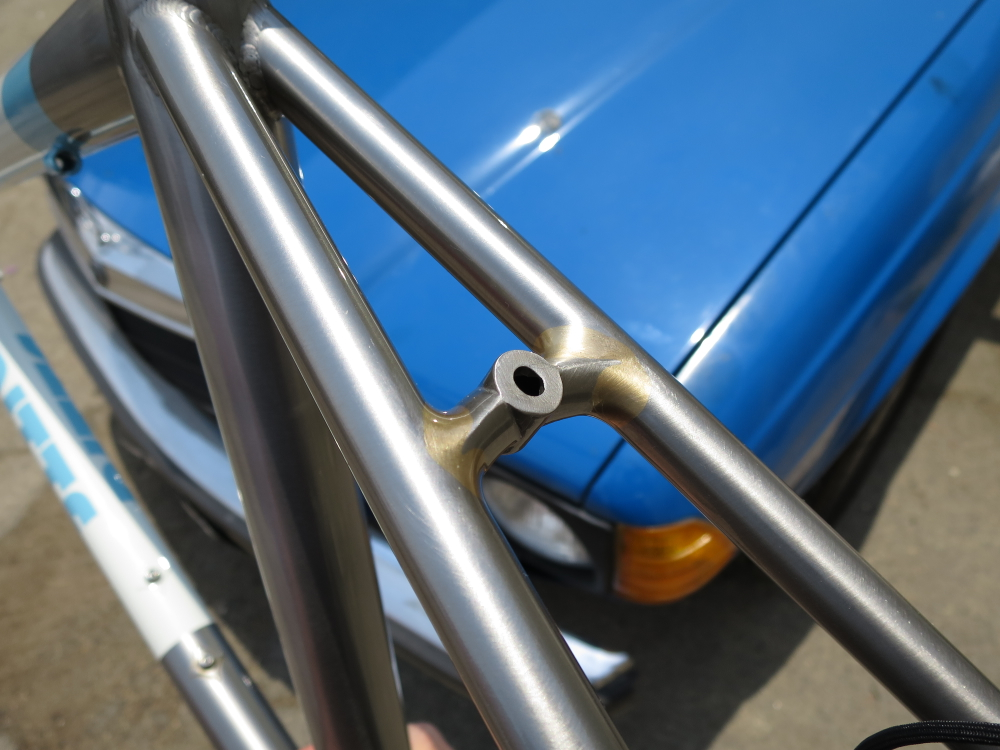 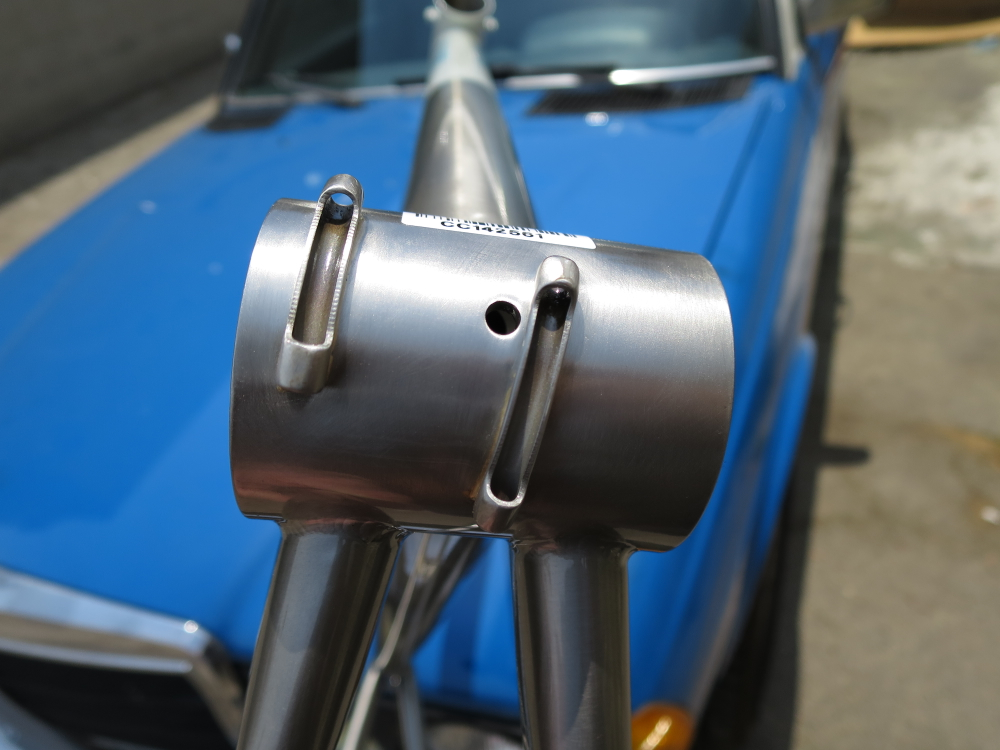 Though I’ve changed the name of the bike to ‘The Non-Gender Specific Boner Maker‘.

Beyond their hard goods, they’re making major headway in the realm of cüzie technology as well; 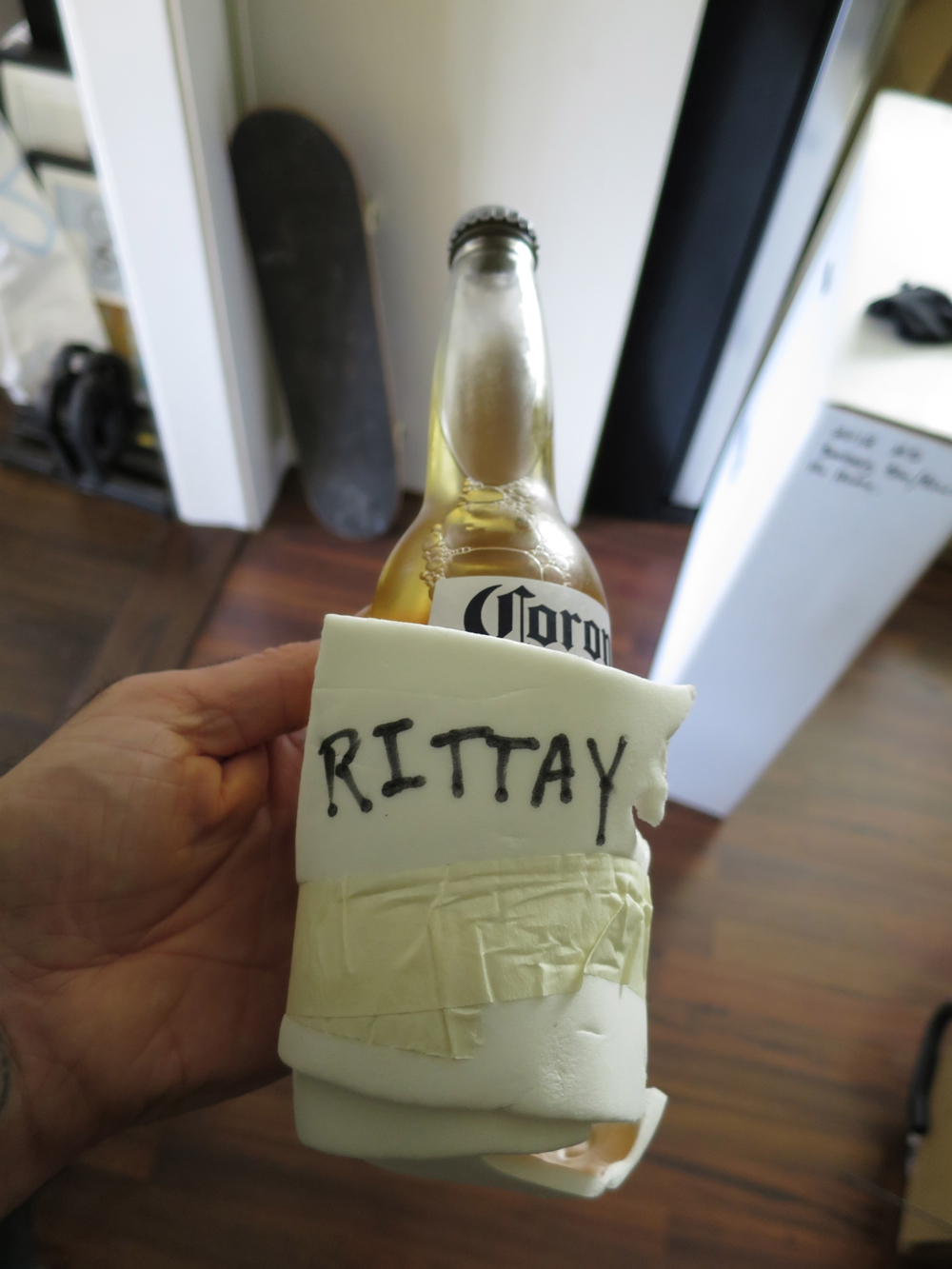 Now, since I can’t exactly take care of much other business here aside regurgitate various bits and pieces from the mail bag, I’ll do that.

I stumbled across the photo below while reading this article… 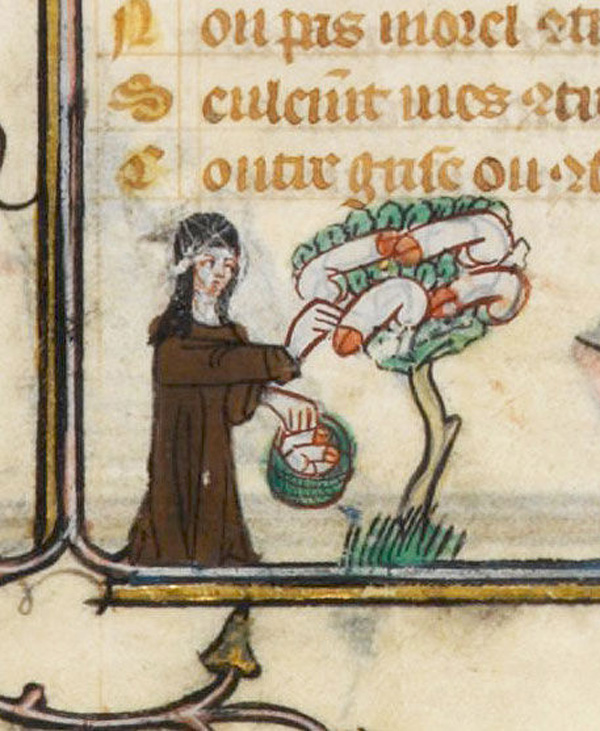 I remember learning about The Dong Tree in Sunday school.

Even though it wasn’t in any specific religous doctrine, the video of the little girl preforming a nearly flawless Triple Lindy that was brought to my attention by Robert on Monday morning probably should have been;

It is with that piece, that we’ve come to the conclusion of this, Wednesday’s post, which was written almost entirely from a bed while staring at my perfectly chizzled abs.