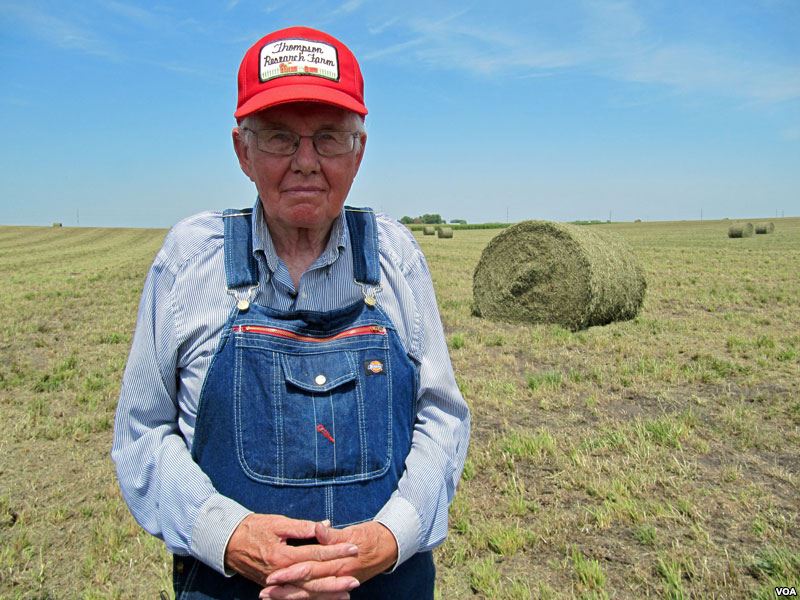 This image would be totally appropriate if the bales of green stuff behind him weren’t organic goods grown from Dog’s earth, but rather click-throughs taking you to places where kittens roam freely, drunk Russians fights, and this guy is doing whatever it is that he’s doing.

And sometimes they even have to do with bikes.

Related to bikes and sometimes links almost certainly are the increasingly popular Meet Your Maker rides, the most imminent being this weekend’s in Marin; 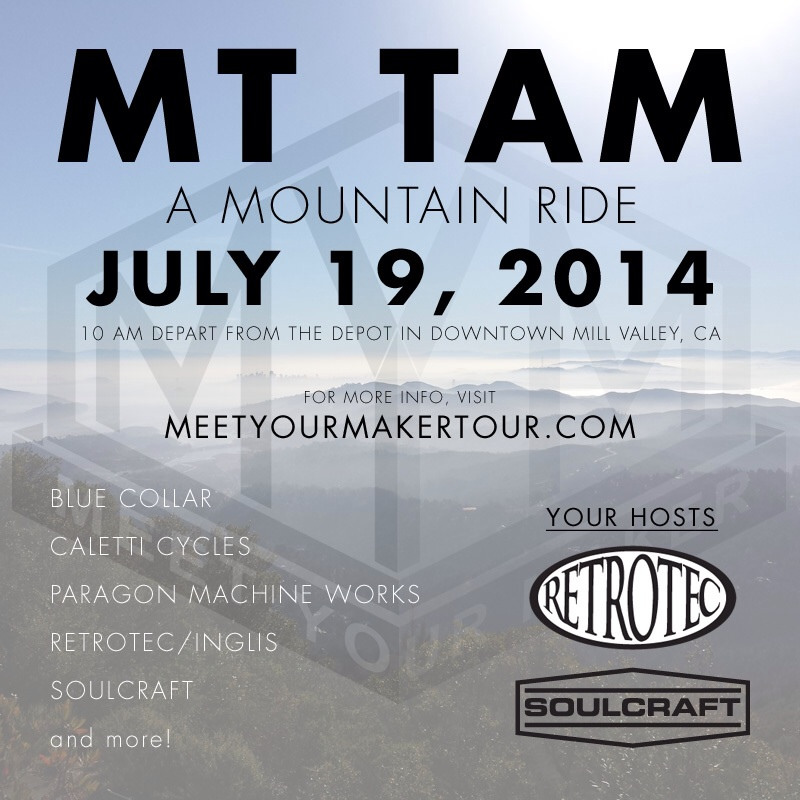 I was out of town for last year’s and I may be on the injured reserves list for this year’s, which is all the more reason that you should get to it and enjoy a bunch of fresh air that I won’t be spoiling.

Now, I don’t know how many of you all have heard of The Onion. I would like to assume that everybody has, but based on this, that’s obviously not the case.

Generally I find that The Onion tends to knock the ridiculous out of the park, but based on the following contact that was made by Murph, this too is not necessarily true;

Something you wrote in Dirt Rag recently has been echoed by the Onion.”

If you haven’t seen the piece in question, it chronicles the importance of taking time away from the race to enjoy goofing around in a river.

While The Onion might excel at satire, I’m sure they have no idea of exactly how on the head they hit this one.

And while we’re on the topic of the truth in the Tour sometimes being stranger than fiction, a number of people have alerted me to the following image taken from a recent stage; Clearly there are people with a similar general taste in art the world over.

Speaking of art, between wearing his race organizer/party planner/and DJ hats, Jeff from All City Bicycles donned his documentarian hat and shot off a bunch of wiz-banging photos at this past weekend’s All City Championships; 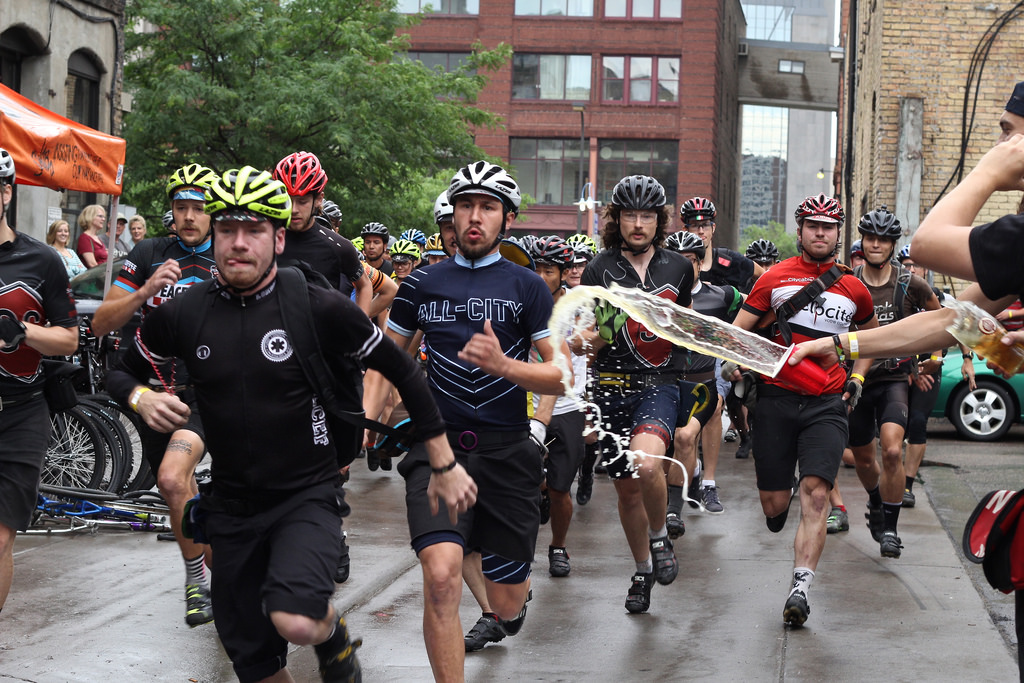 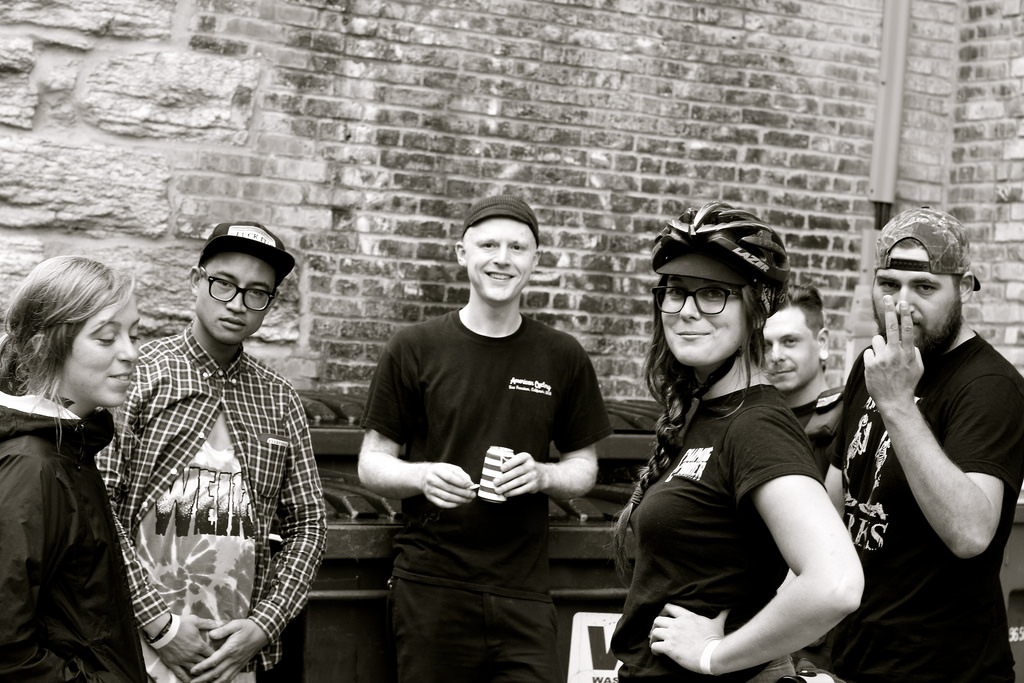 Suitable for framing, every damn last one of them.

Likewise, is the following image, and poemish poem from Gypsy; This is why I ride,

(The sunsets *almost* make up for the shitty politics… Almost.)”

Arizona has a knack for simultaneously being the best, and also the most shitheaded in the union, which is a feat unto itself.

As long as we’re discussing the 48th state, it’s been brought to my attention that some of its woodland dwellers have been busy dabbling in the latter of the two titles.

In an official statement from the Arizona Game and Fish Department, they elaborate;

“Law Enforcement needs your help! Someone has been purposely placing sharpened rebar on and near forest roads in the Happy Jack area. Spiked pieces of rebar slashed at least eight tires over the weekend. It appears the rebar is being placed in areas frequented by off-highway vehicles (OHV). If you have any info about who may be doing this, contact Forest Service law enforcement at 928-527-3511. 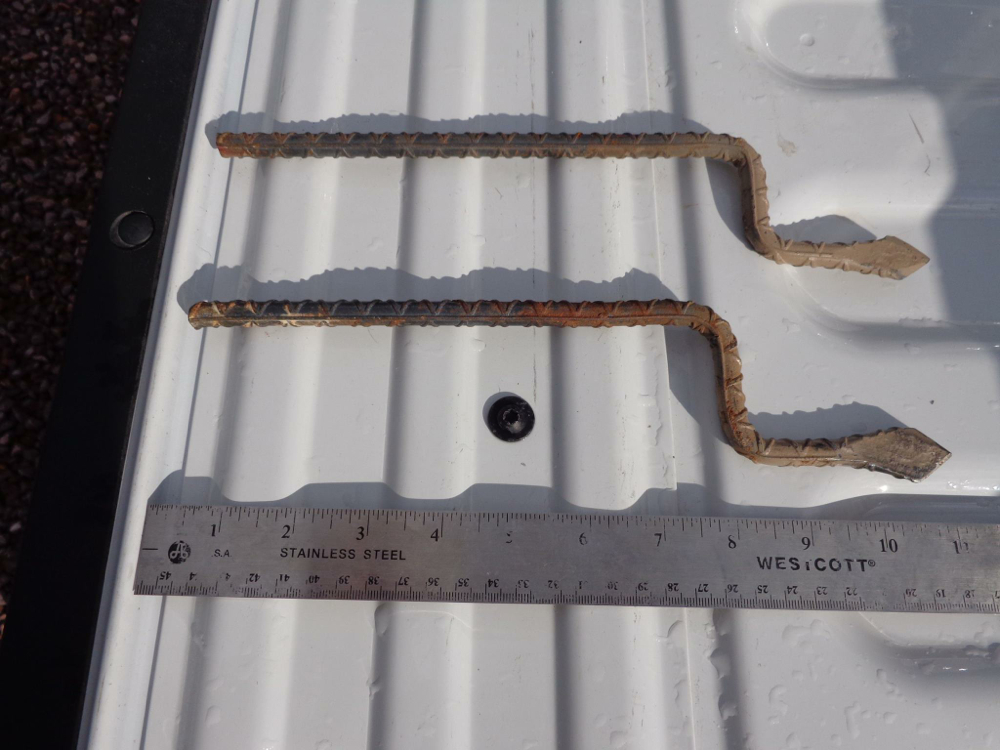 “The end of the rebar has been flattened and sharpened to a point and the exposed point has been painted to blend in with the road surface,” said Mogollon Rim District Ranger Linda Wadleigh. “The objects pose a serious threat to everyone, and that doesn’t just mean people recreating on a motorcycle or OHV, it includes people walking, hiking and even wildlife. We are taking this very seriously and asking the public to keep an eye out and report suspicious activity in the area.”

And moving just a bit to the northeast, the same but different has been recently discovered in Colorado; Courtesy of Colin Osborn.
This is a thing I won’t ever understand, and the fact that this type of activity actually exists, makes my heart hurt.

Similarly is a thing I’ve heard about recently here in my own region, when I’d gotten word that someone was hanging fishhooks from trees in Golden Gate Park.

I’d alerted my homie Paul from Nowheresville SF who makes the park part of his daily commute, and it wasn’t more than a few hours before he got back in touch with me on the matter;

“Unfortunately it’s real. These snagged a buddy on the Fulton side near Spreckles Lake. Please be careful out there ya’ll!” 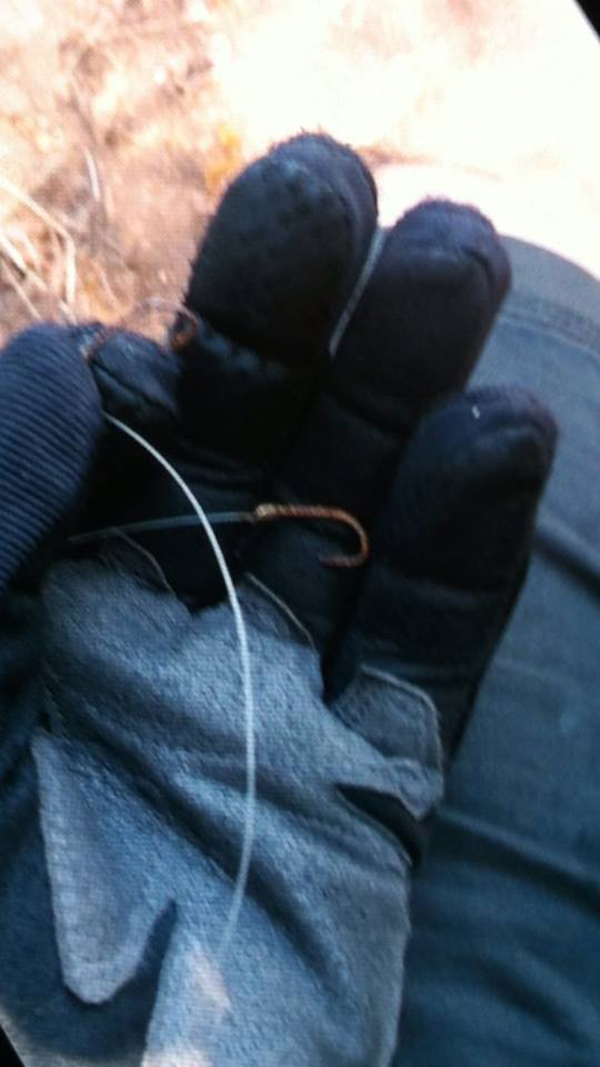 So please, everybody stay vigilant.

While this site here is occasionally a link farm where we yield a fairly consistant harvest of good stuff on the regular, should I ever come across somebody engaging in this type of nonsense, you can bet that I’d switch it up and get to growing a bumper crop of beatdown.

4 Responses to “This just in! AHTBM is also kind of a link farm.”