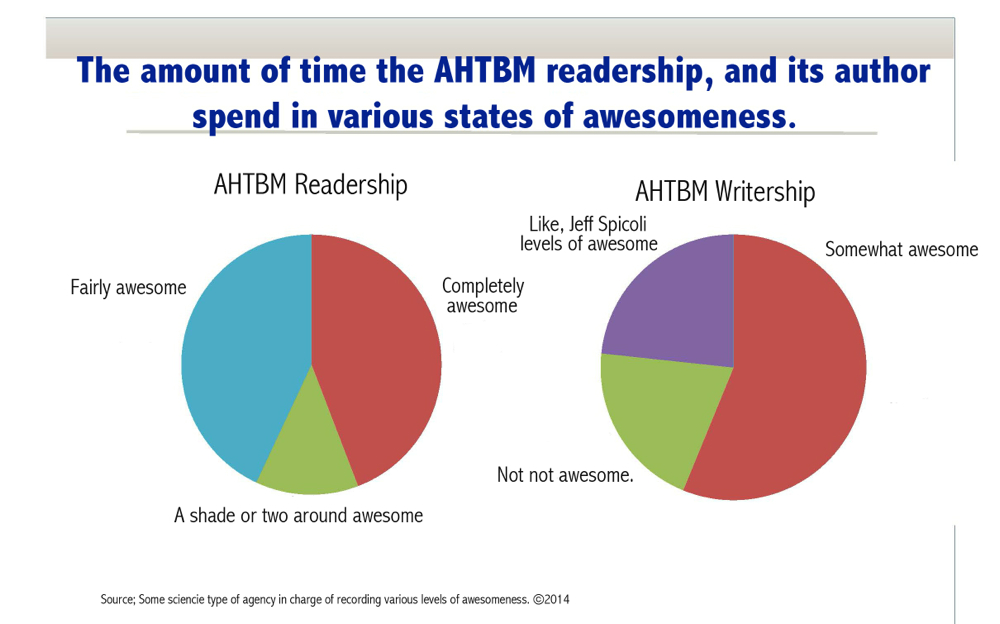 Say- Do you know what marginally noteworthy occurrence this coming Saturday marks?

Besides in 1875 Captain Matthew Webb becoming the first person to swim the English Channel, (which is far more than marginally noteworthy), but (and pardon my French), this coming Saturday marks All Hail The Black Market’s fifth fucking birthday.

In recognition of my appreciation of the readership, and the advertisers who have supported me and seen me though this journey, I photoshopped up a delicious looking cake for us; How about that job I did on the number five? That’s what four and a half years of art school will get you.

But for real, and with all that I am, I want to offer my most sincere thanks to everyone for their support, and here is to five more of the same.

Unless I get really into recumbents, or dog grooming, or hacky sack or something, in which we’ll switch it up when we do.

Until that time comes, we’ll continue leading the charge together into varying realms of the unrelated and absurd.

“This untold story of The Shocker!? Best novel you’ve never heard of!?” I would have guessed it had something to do with Neapolitan ice-cream; 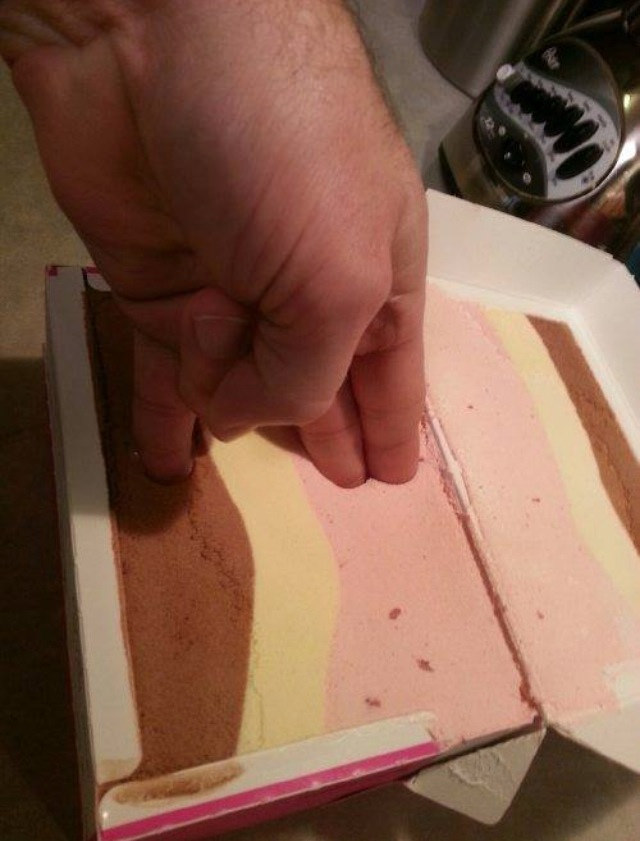 Or at the very least, one of San Francisco’s greatest unknown musical acts;

(part two and part three.)
And speaking of San Francisco, her long lost son and current New England man about town Chip Baker from Honey Bikes offered some words regarding items of importance from his camp;

Greetings from the right coast; In a never ending quest to keep the Woods in New England Metal we have partnered with our brothers from another mother from Philly to create a bit of a two headed Cerberus of woods adventuring on CX bikes the weekend of September 13th & 14th;

We first met our good friends from Lone Wolf Cycling at SSCXWC in Philly. They kept us out of harm’s way and prison and showed us just how much fun you can have in a burlap bag of dicks costume drinking bourbon with Adam Craig in a Blizzard while watching Bat Girl break hearts and smash skulls.

This weekend will include the Honey 100 on Saturday and LWC FLD OPS MA on Sunday. A party will be held after the LWC ride on Sunday at a secret location to be announced at the ride. LWC has made a mark (the mark of the Beast) for themselves with their heckle pit which they unleashed on MTB nationals in PA.

Wish you were bi-coastal my friend. Spread the word if you don’t mind…

I don’t mind in the least, and I thank Chip for the info.

I suppose as long as we’re on the topic of the derelicts from Philly, I will trot out a hugely generous gesture made by them for me recently that came in the form of the following care package; 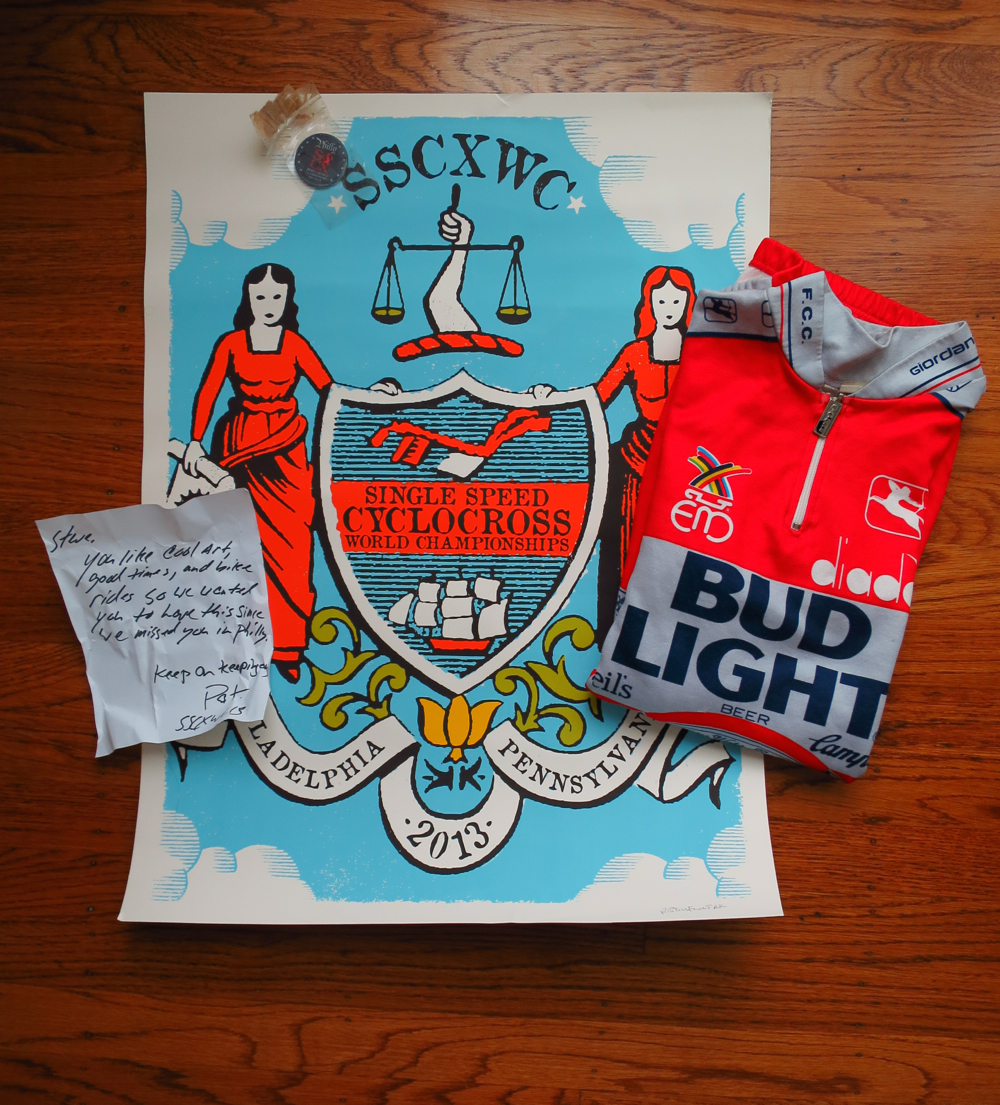 There is a fast track to my heart, and that pretty much sums it up.

Clearly, if you subscribe to such a schedule, the annual sermon-time for cyclocrossings is almost upon us. Personally, I’ve never seen it reasonable to simply ride a specific style bicycle during the part of the year in which the season to race it happens, but then again, I live in a place where the weather is temperate, and the roads and trails are always inviting regardless of what sort of bike you happen to be on, so clearly my perspective is skewed.

Anyhü, it was thrü Mark Adam of KindHüman that I recently became aware of their newest addition to the fleet called The Küdü; 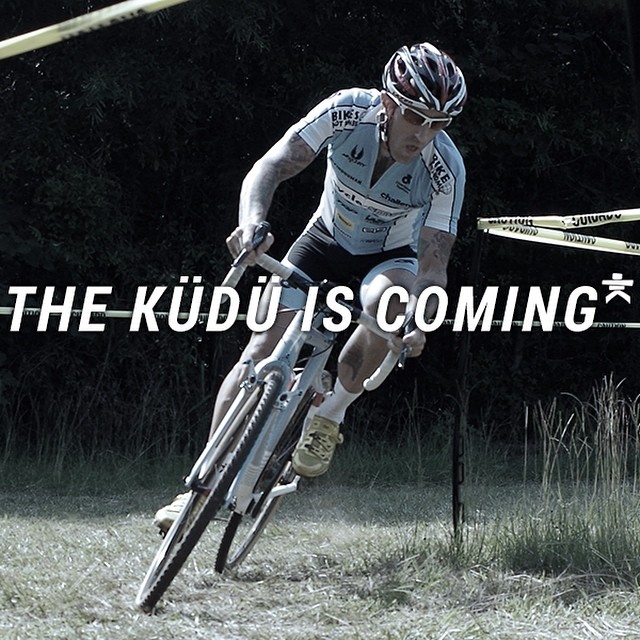 At this stage, The Küdü is available for pre-order, but will come with Team Pro Rider Adam Myerson’s guide to sideburn grooming, and maintaining a suitable collection of selfies; 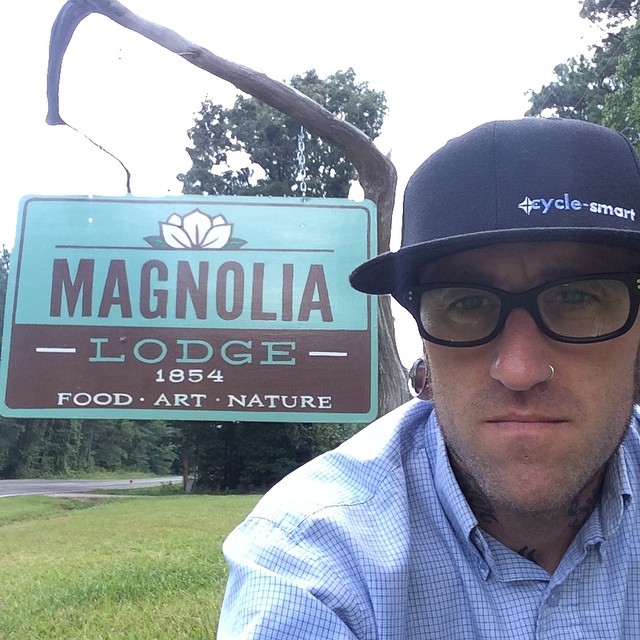 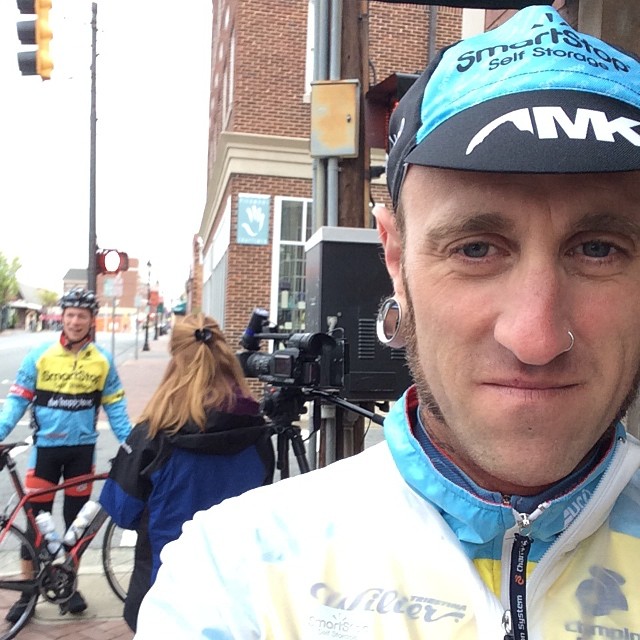 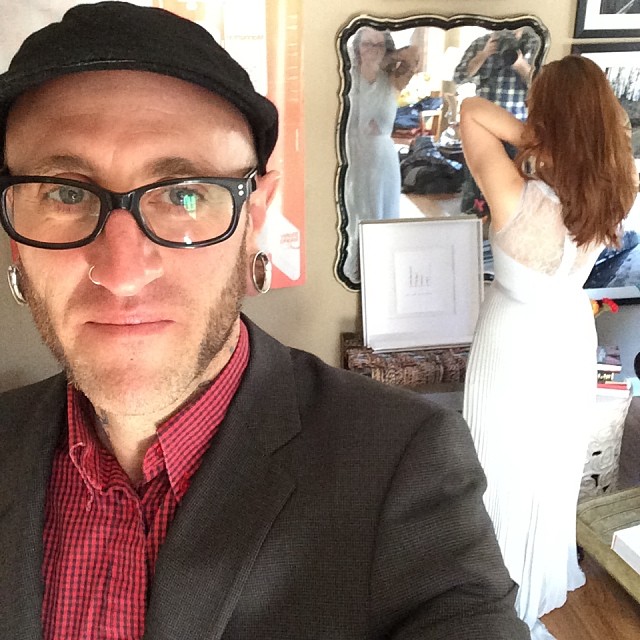 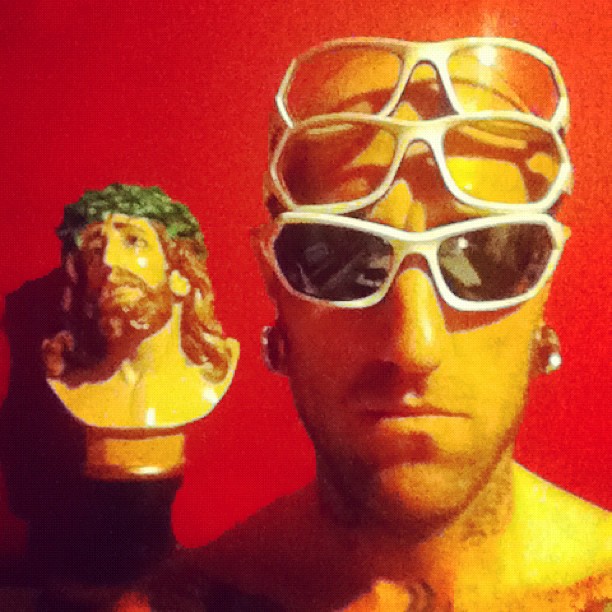 Finally, and in closing I got a tip from Jason regarding art, because as he put it, “you like art don’t you?” 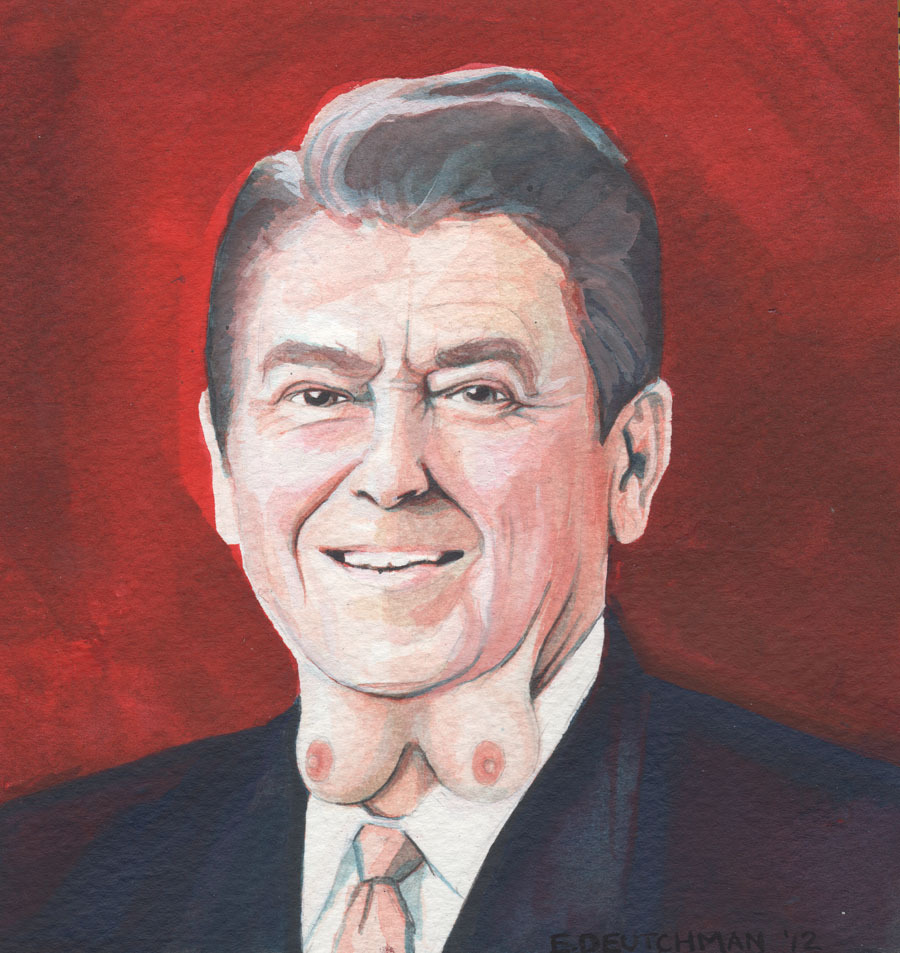 Ordinarily I give the comments section of any online editoial a wide berth, but in this case, the only thing better than the post are the accompanying comments; 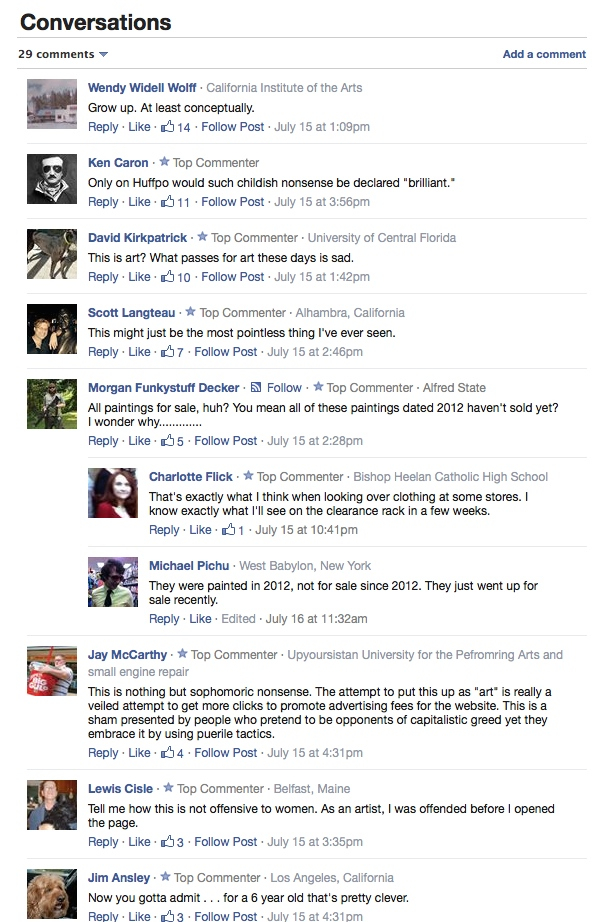 At least in as far as this article is concerned, the public’s declaration of what is and what is not art is the article’s equally notable, and profound component.

7 Responses to “An analytical definition of many small, but potentially profoundly notable individual components.”