Why then is it as I sit down to type, are the two phrases “Who Wants To Party?” and “Pinch The Tail, Suck The Head” the first two to ever cross my mind?

It feels kinda how a creative rut might, but as anyone who’s ever held a pen against an empty piece of paper knows all too well, the beginning of any series of mistakes or successes starts with the initial mark.

So with that said, let’s make one.

For folks who have followed the site for any length of time know, besides all of the other things that clench me up in resentment and anger, a primary and consistent source of frustration for me is what we’ll simply refer to as ‘The Poop Bag Phenomenon‘, or if you will- The PBP; 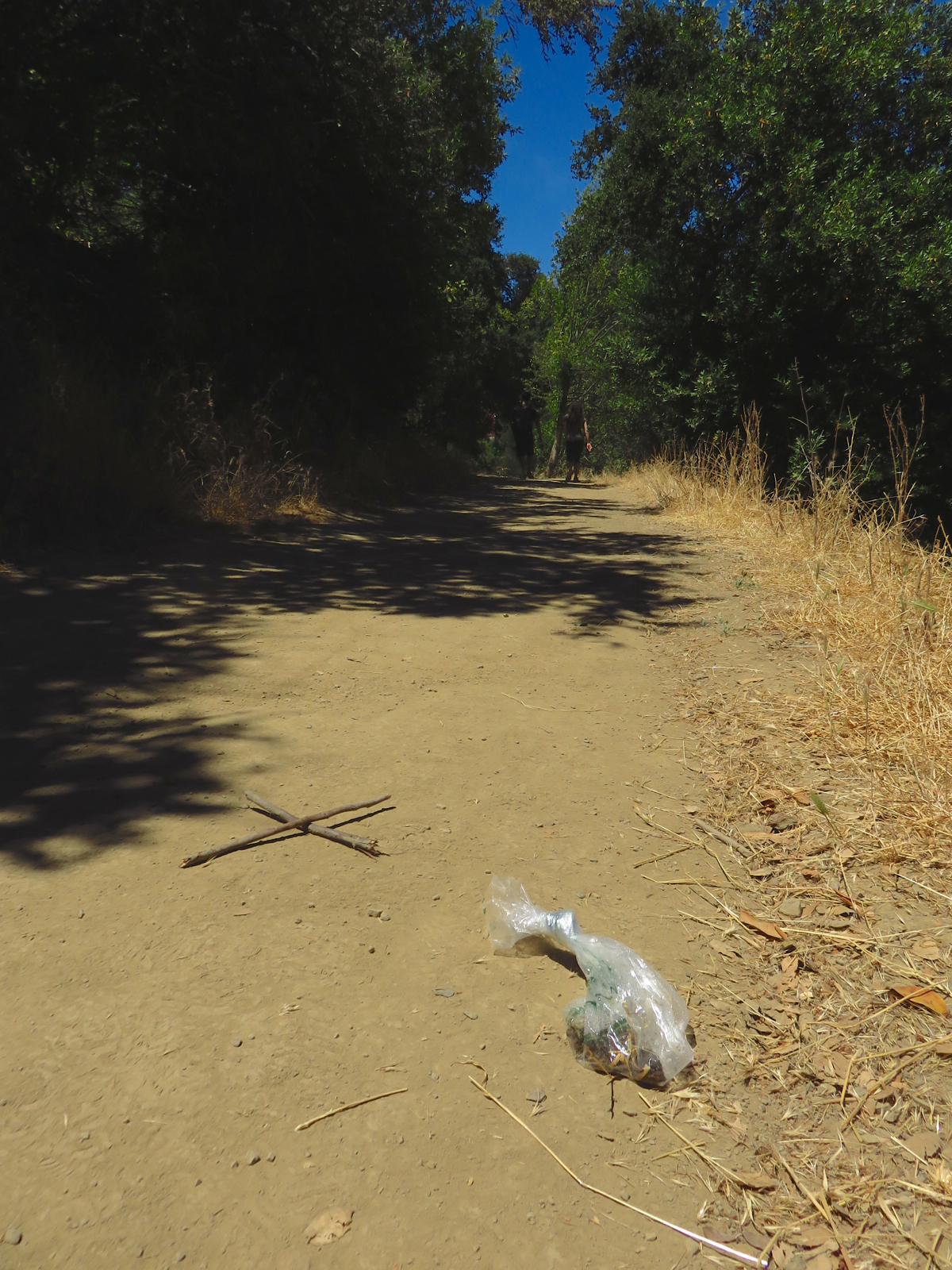 I don’t now, nor will I ever understand the motivation behind this, and as I’ve publicly said previously, this, beyond almost any sorts of activities I see while traipsing around the woods on my bike is the thing that leaves me the most confounded. (That is, aside from the abandoned pair of underpants next to gigantic empty mayonnaise jar I found one time, but that, as they say, is a different story.)

So it was the following email I got from Honey Bikes Chip that sent my blood ‘a boiling; HOW DARE people expect dog walkers to clean up after themselves?

Mr. Puddles has to do what he does, no doubt, but it’s up to any and everyone else to deal with it, because once it leaves his body it certainly is no longer the dog owner’s responsibility.

Thankfully, I find that not only am I not alone in this frustration, as my former home county of Jefferson has launched the There Is No Poop Fairy campaign; *Because we feed our dogs food that’s different from the food wild animals eat, dog waste does not biodegrade quickly like wild animal waste. And due to the large number of pets in suburban neighborhoods and local parks, this hardy dog waste accumulates.

*Dog waste can contain harmful organisms like E. coli, Giardia, Salmonella, roundworms, hookworms, and Cryptosporidium. These can be passed on to you or your pet and may cause health problems.

*Bacteria in dog waste can harm water quality in creeks and rivers and alter the ecosystems of these stream corridors. Humans who come in contact with creek water can also face health hazards.

Good times, right? But Heaven forbid anyone who walks a dog should act responsibly and pack out what their dog packs in.

For my part, I’ve taken JeffCo’s information and launched my own mini campaign for my backyard trails; Granted, it doesn’t have the whimsical fairy image, but it hopefully will get the point across to at least a few people who see their action as an appropriate directive.

No we’ll go from the agony of defeat, to the thrill of victory with the news that homie Ben Jacques-Maynes whooped up on all comers in stage one of the 2014 Tour of Colorado; 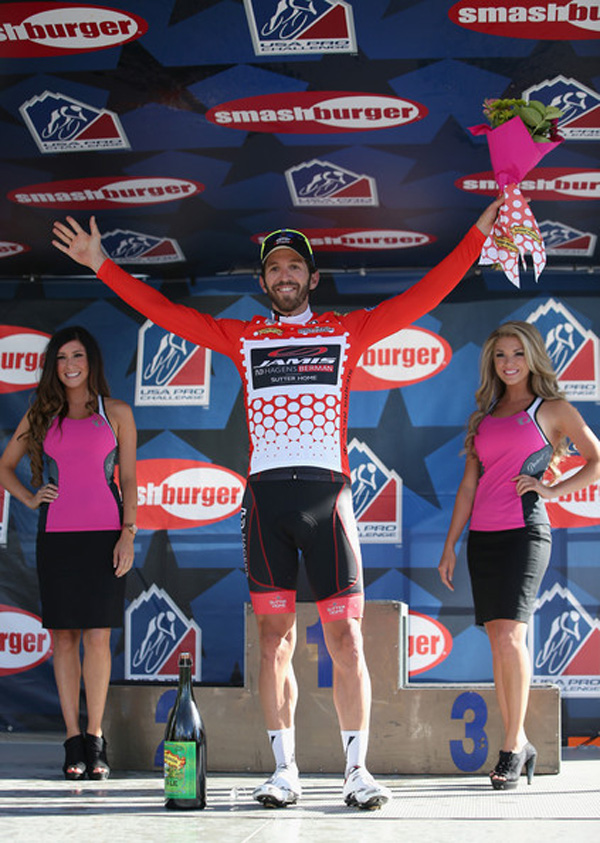 I’m proud of that fella, not only because he’s a local boy done good, and we used to race the one speed mountain bikes together, and he’s just an all around good guy, but on the inside, he’s a derelict just like the rest of us.

I would also like to include the following image of Robin Carpenter upon his second stage win after the race was neutralized due to foul weather; 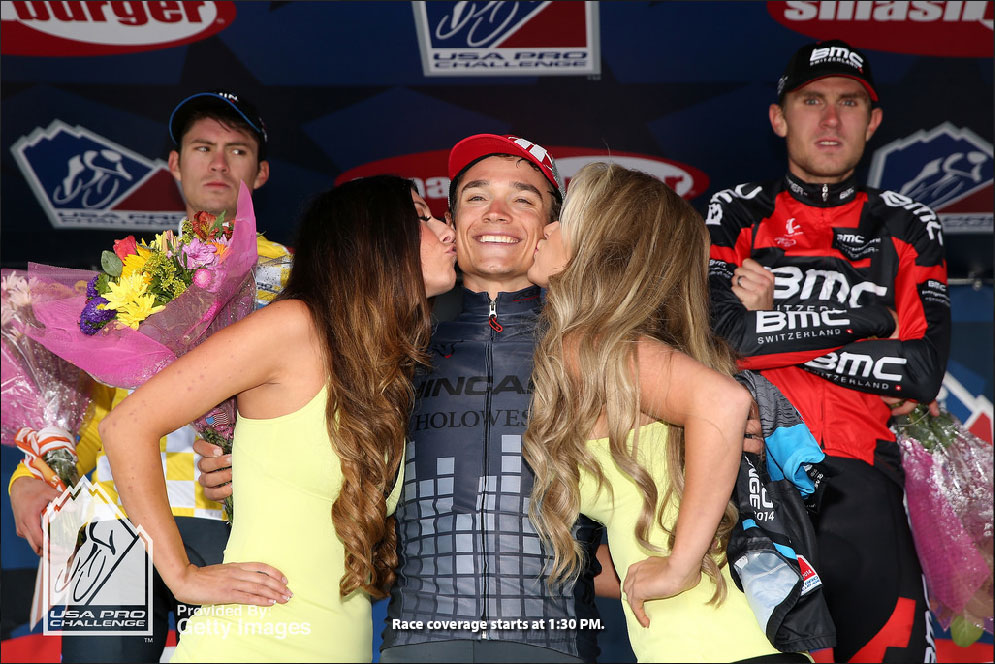 And while it’s all well and good that the speedcycling mens are getting all oohed and ahhed over, but on Wednesday afternoon I came across news that Jeffrey Hansen-Carlson is planning women’s stage race in the Vancouver, BC.

And if you were just like, “oh, that’s nice, but I wonder if I have any ice cream left over in the freezer?“, the meat of this piece is summed up deftly with this passage;

“He’s hoping that a stage winner will take home at least $10,000. Ideally, its first edition will be before the 2016 Olympic Games in Rio so that athletes can use the event to gain points for Olympic qualification.” 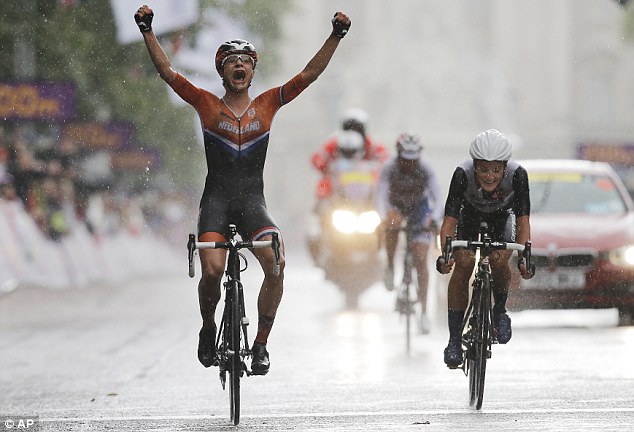 This image of Marianne Vos at the 2012 Games isn’t specific to this particular race, but is included rather, because she’s a complete honch.

Are you picking up what I’m laying down here? This is huge, and I would like to be the first mouth-breathing knuckle dragger to offer Mr. Hansen-Carlson a very sincere thanks for pursuing his vision, and let him know that should any services of a marginally qualified (I have two hands) umbrella boy be needed, I’m happy to offer my own; 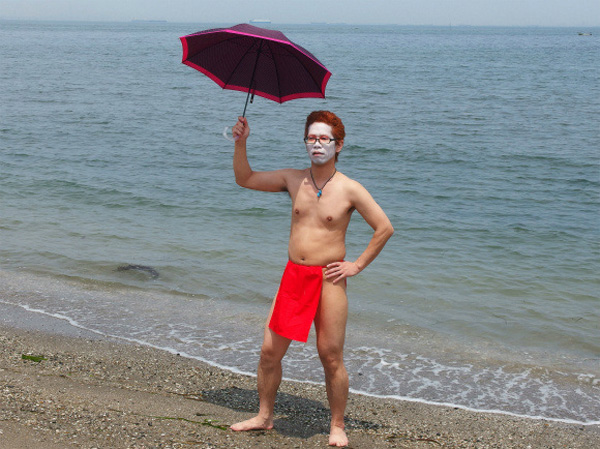 Lastly, and as we prepare to part ways, Philip from Maximo Supremo resident, Upright Cyclist got in touch with a smidge of news regarding what they’ve got cracking over there in Boulder Where They Take Cyclocross Seriously;

Man, it’s been a while… I am definitely in the middle of the small brand existence, too much to do, so little time.

We’re going to be launching three new styles starting in a couple weeks. Some really cool shit coming out. And we need to make some room in the warehouse (aka basement). So, we started a sale yesterday for a couple of weeks. I’m hoping you’d transmit this to your users? We’re using a code, the sale is pretty deep, will either be 30% or 40% for a week maybe two, depends on how fast inventory goes out. If you’re down, can you let me know when you’re going to throw it up?

For those who don’t know, Upright Cyclist is a little brand from Colorado, who has some pretty damn fancy duds for fellas who like the bikecycle lifestyle, but might prefer not looking like a slob.

Unfortunately I don’t really fit into that category, as it seems I’m personally the sort of turd that no matter what sort of finery I’m draped in, I’m still just a turd.

Should Philip and his Upright Cyclerishness make a product that you maybe could see yourself in, please do you and those who are forced to gaze upon you a favor, and dip into the sale to see what’s what.

With that, and as usual, we have a finished another non-masterpiece, and have already begun assembling stretchers for our next time in the studio.