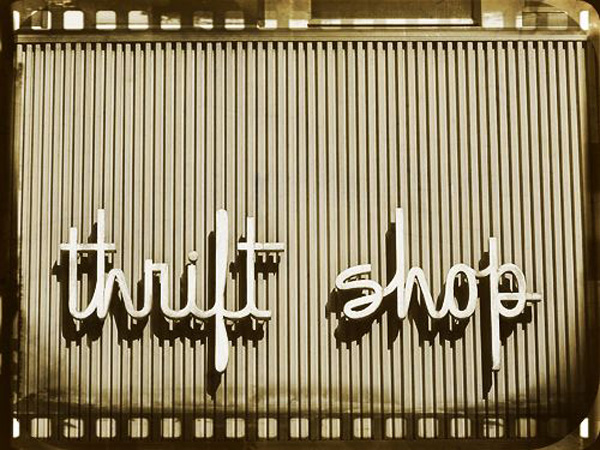 Now that I’ve addressed somewhat legitimate business on Monday, the time to shake the sheets and get rid of all the little crumblies that make up the mail bag contents will occur now.

But first, and speaking of sheets, is this news to anyone besides me?

After watching this again, I thought to myself “I wish the biggest challenge I faced in life was folding a fitted sheet.“, and then I looked in the comments;

Clearly, as long as I’m the only person in the room, I’m always and without exception the funniest one in it.

Anyway, when it comes to folding fitted sheets, I generally do the ‘wad and toss’ technique, (not to be mistaken for the ‘toss your wad’ technique), which I don’t need no professional homemaker to teach me.

So with that being said, let’s get down to tacks of brass.

As some folks might know, Maximo Supremo residents, the Brothers Banjo have their fingers in a bunch of pies, but one thing they are currently embroiled in is their Tiny Bikeshop Concert series, which Mike Banjo let me know about like so;

“Our boys King Mulhacen are on the road again after being hired to drink whiskey and socialize with the boys from Swobo at King Kog last friday in Oaktown. Free hour long concert next Monday August 18th at Orange 20 Bikes in the City of Angels; Free beer and snacks. Please help us fill the house.”

Do you live in the Los Angeles area? Do you feel the need to rub your elbows with other walks of bike nerd while soothing your weary soul to the sweet sounds of King Mulhacen? Then by all means, make a note in your day planner (see: stack of Post-It notes on your front door) and roll through to slap hands.

With the loss of my computer last week, I failed pretty spectacularly in the promotion of the Banjo Brothers’ Oakland event, as well as the Bay Area Swobo Folsom Fist Fights, but by the looks of things, everyone in attendance walked away with smiles on their faces, and perhaps a raspberry or two on their elbows; 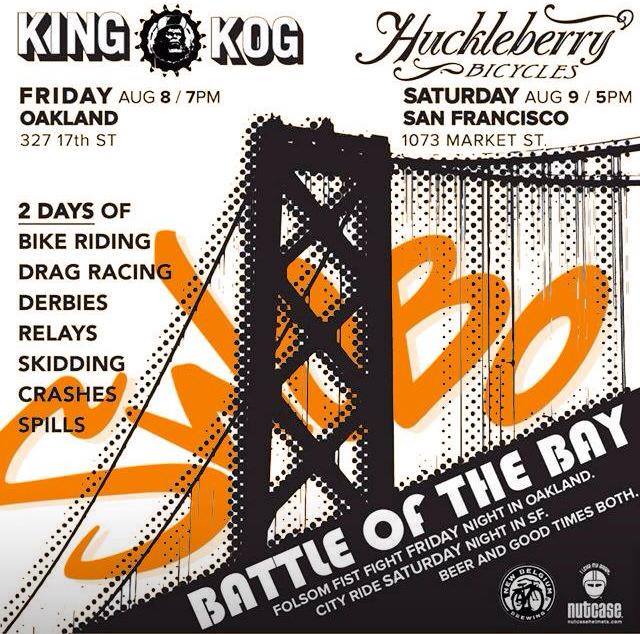 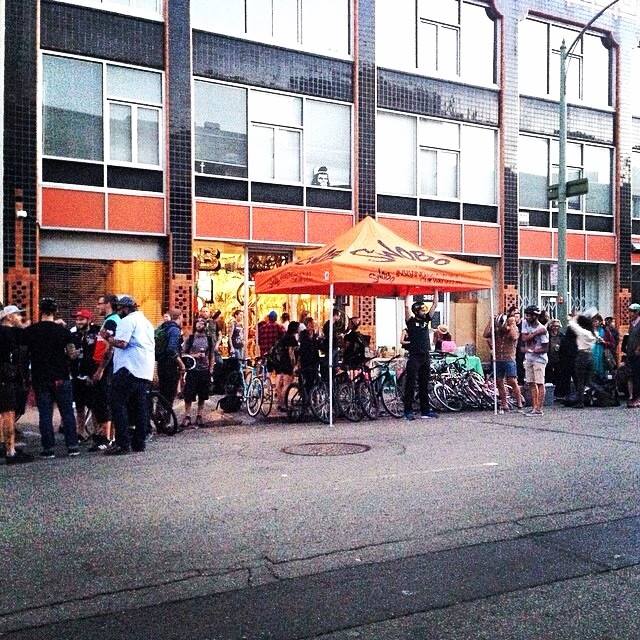 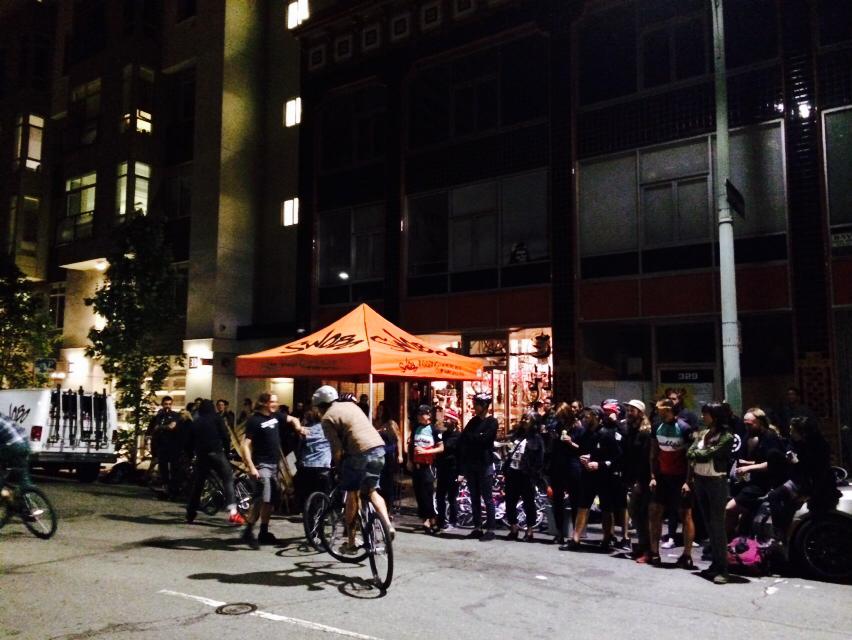 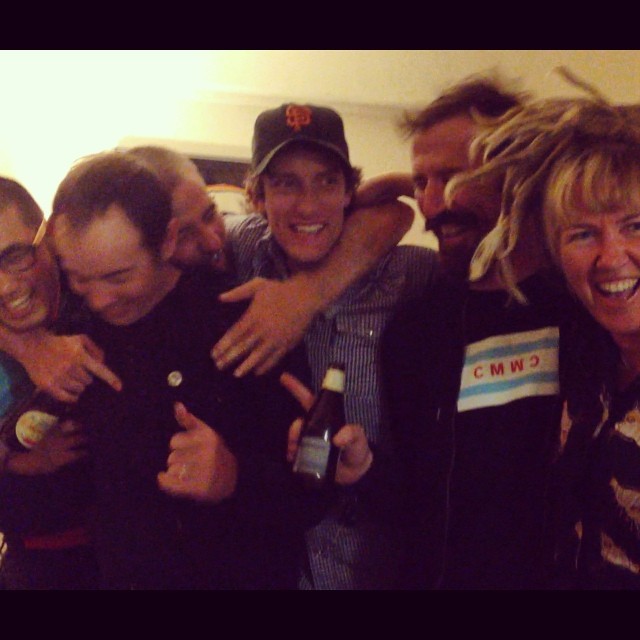 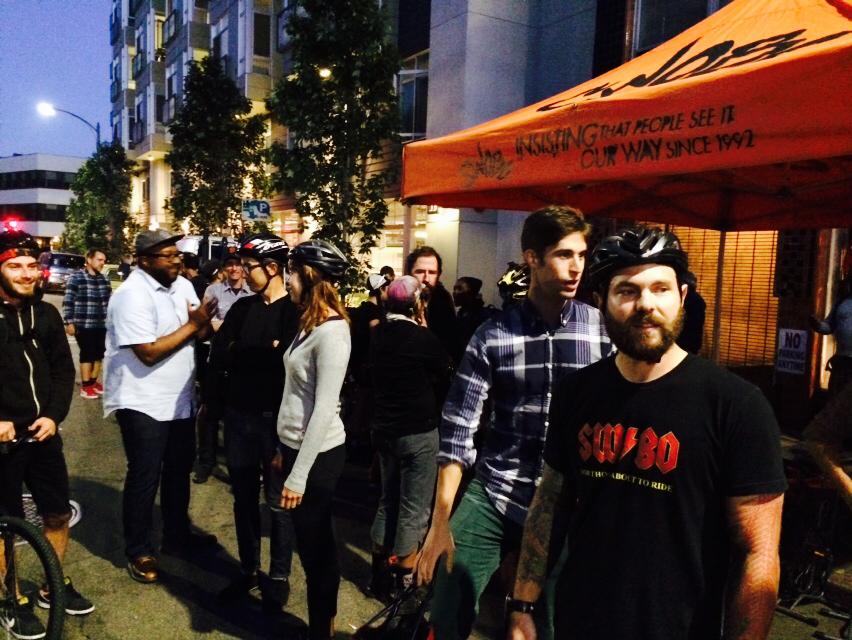 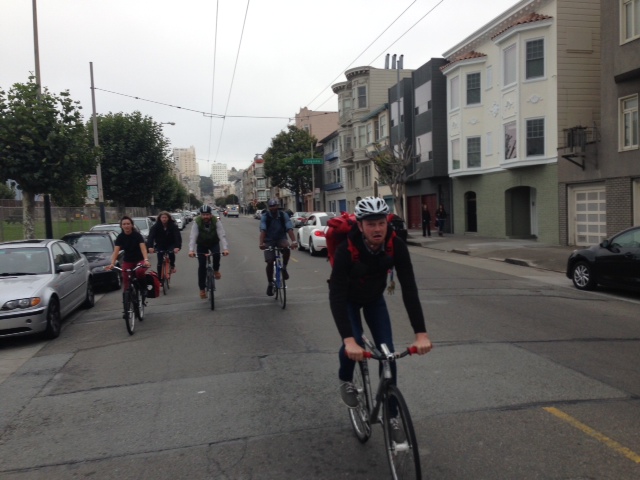 In other businessie stuff, Laura from another Maximo Supremo resident, Soulrun made the contact from her corner of the world;

Hope you’ve been having an awesome Summer, I’m so sorry to hear that you’re wrist has been giving you some troubles I wish you all the best and hope that it heals up quickly 🙂 I was just wondering if you might be able to mention soulrun on the AHTBM as I’ve got some new things going on in our shop. I made some changes and am taking custom orders now but in the meantime we’ve got new soul run T shirts and belts in the shop; 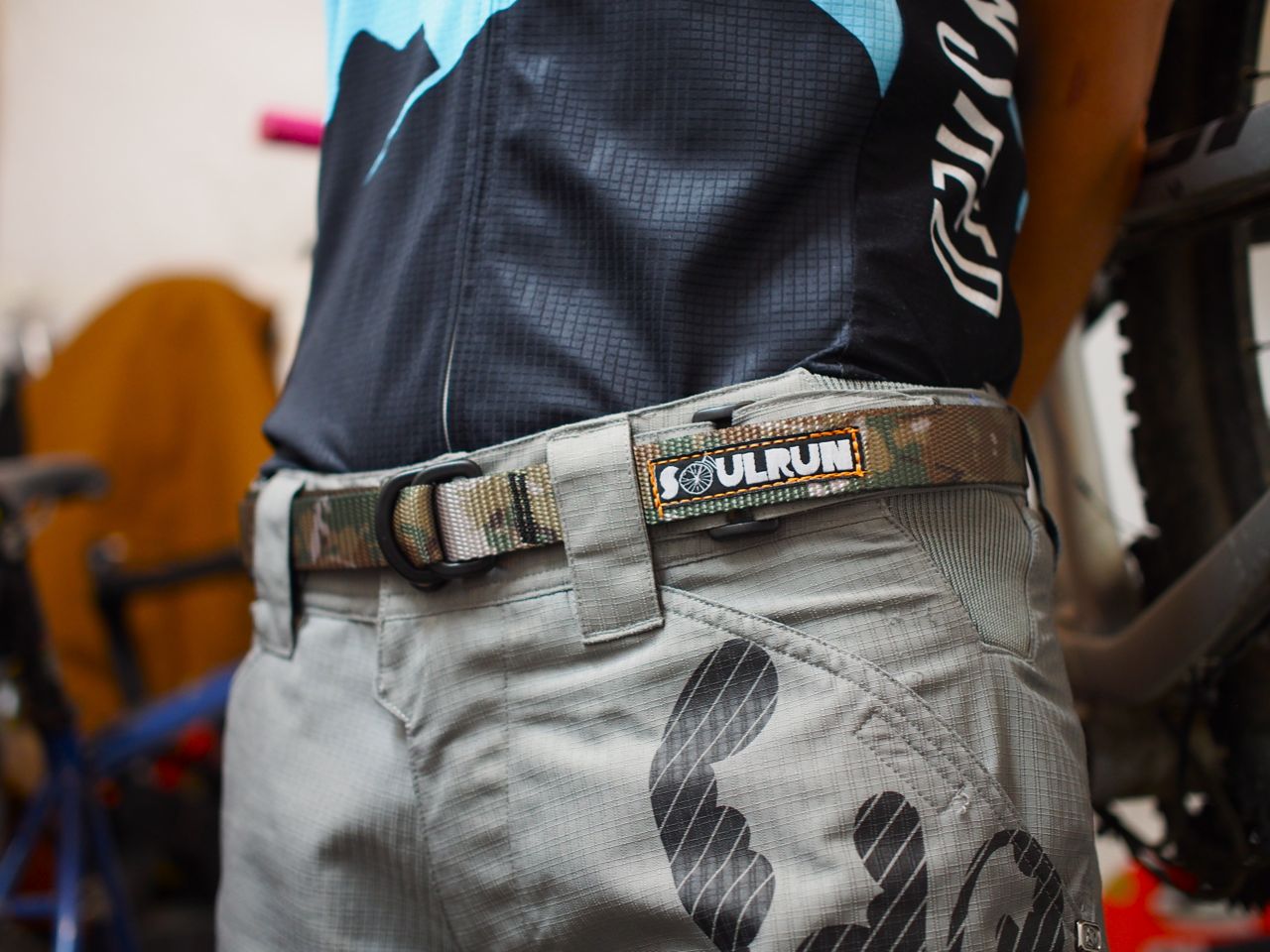 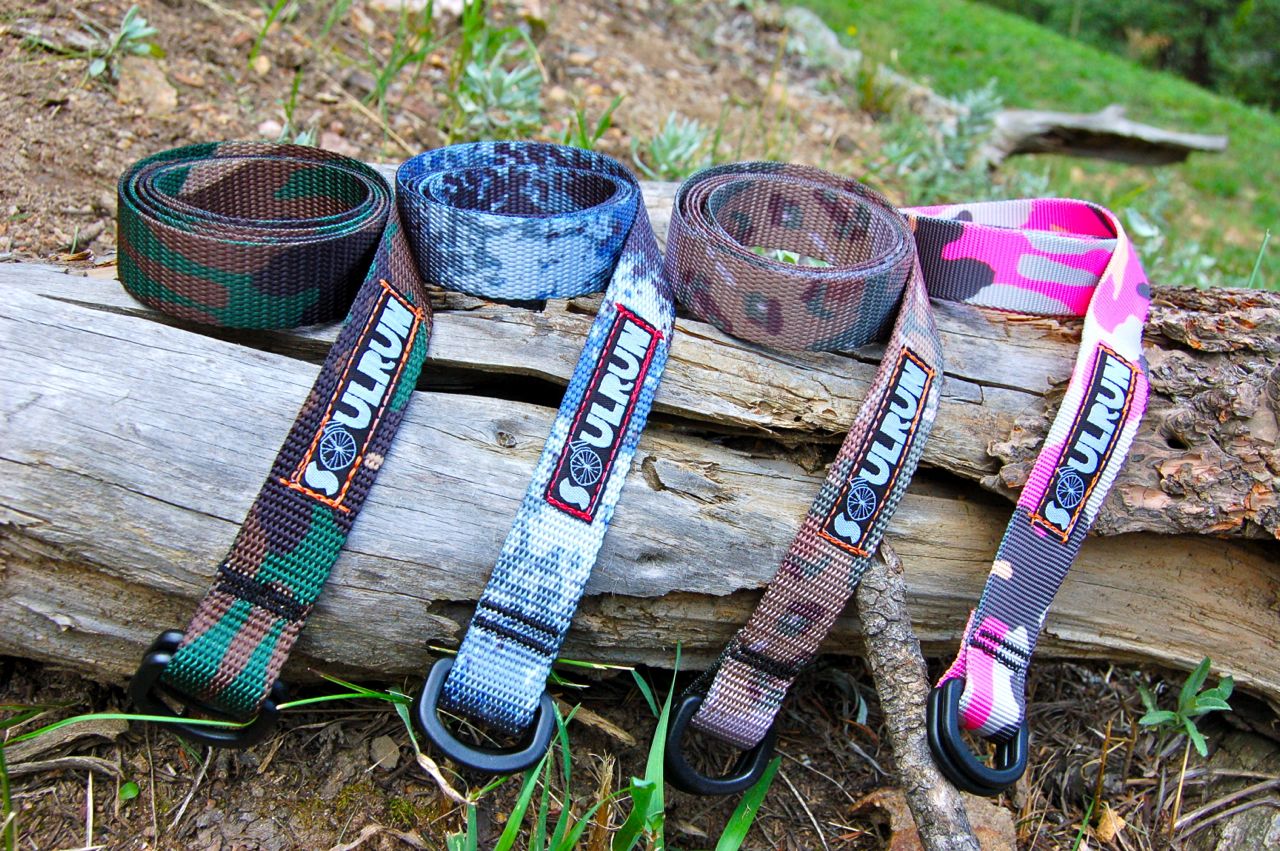 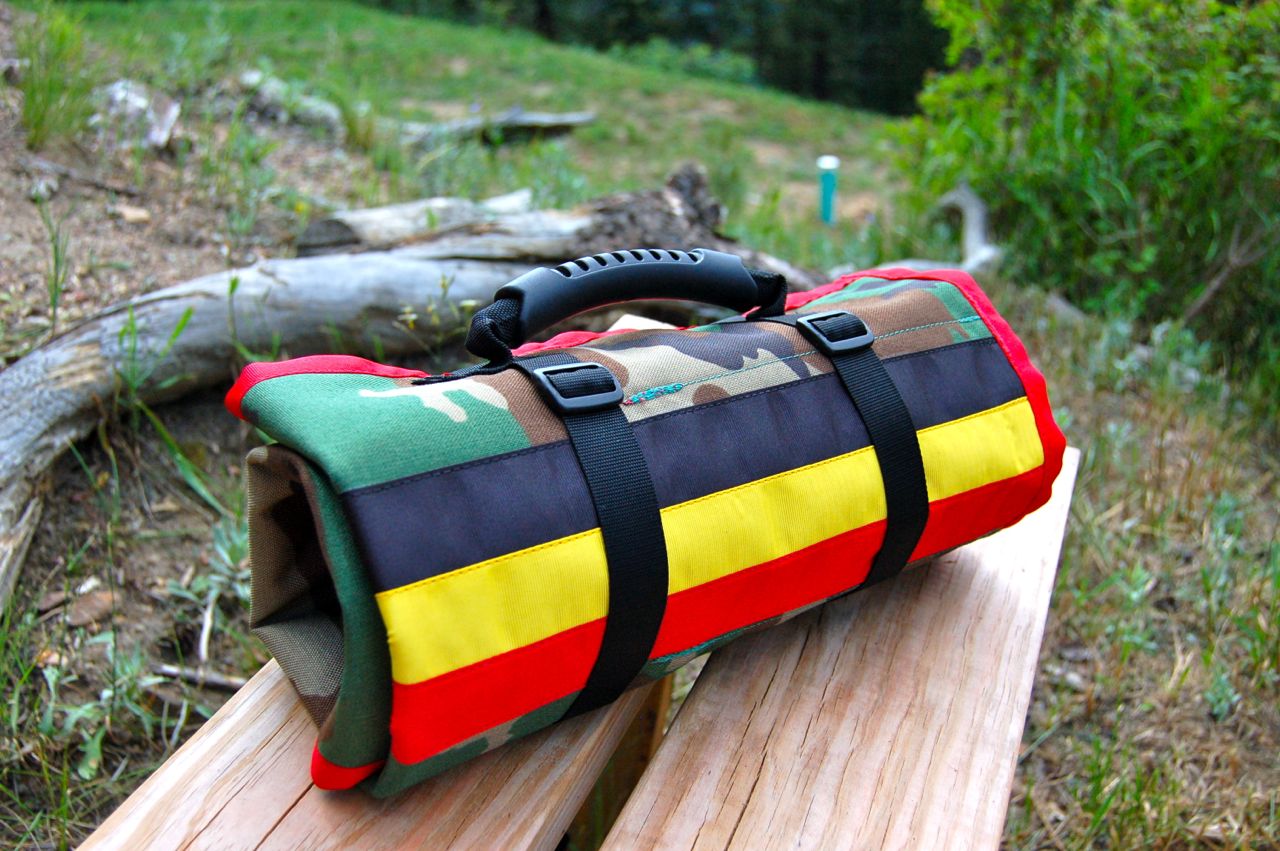 The belts are great because they hold up your shorts and are easily washable so you can get the sweat and mud off them.

Thanks so much for everything, much love to you and the kitties 🙂
LP”

I actually had intended to nick myself one of those belts, as when it comes to swimming, my current standby doesn’t really cut the mustard; But then again, if I need to, I just take it off and if my butt falls out of my pants, I just hope that there’s sufficient water to cover me up; Besides- like the Bible says: “an occasional indecent exposure charge only serves to make you stronger“.

Newt from Chicago’s Morning Bird Studio got in touch with a bit of news regarding his imprint’s newly released bikecycle stretchy suit;

I’m advertising the Black Market again, if thats okay.
Winter Bird Kits are fired up and ready to go; 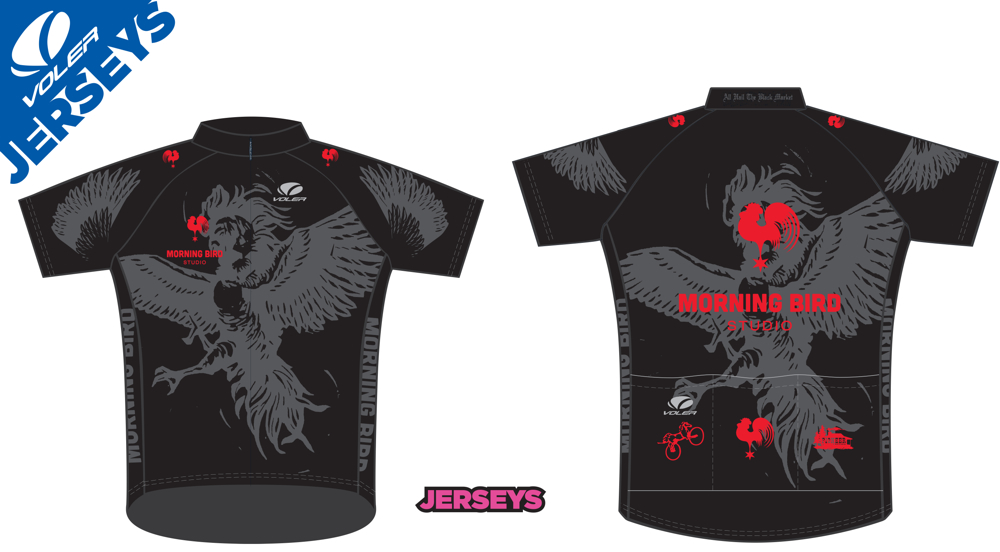 I’ll grab ya one this time.
These are going full public, I’m hoping to have a fleet of Birds in murdered out cock kits.
Hope your world is kickass.

I notice that little All Hail The Black Market logo up there on the collar, which I think is a real nice touch.

Not only is Newt a personal trainer to the stars, and a honch of a bike racer in his own right, but he plays music that makes your toes curl, and is hugged up with a lass who makes some of the best baked goods money can buy.

That’s what I believe is what one would refer to as a charmed life.

Now, hows about we get into a dab of art that doesn’t suck?

I was first tipped off to the following image last week by Jeremy; 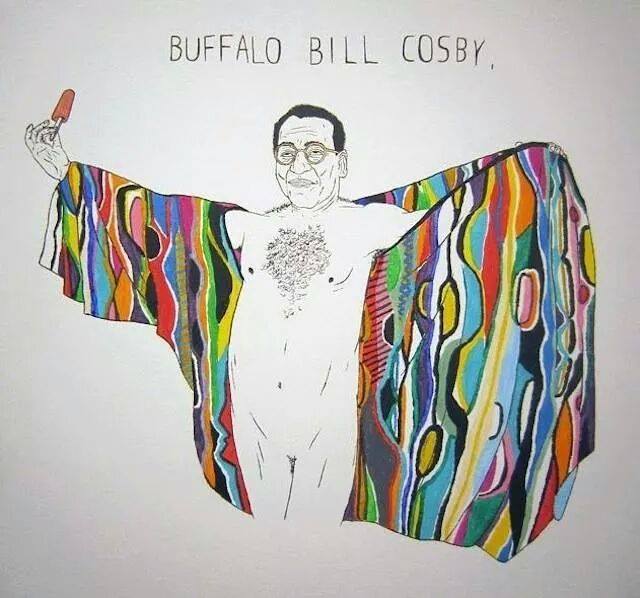 After posting this to the AHTBM Instagram feed, I came to find that it was made by a Bay Area artist named Justin Hager, and while all of his work is great, the piece shown above is far and beyond the most amazing.

That spans from ‘new to you’ to ‘new to everybody’, and it might just be my skewed perspective, but that’s just as it should be.