Of course the attentive among us recognize today’s title as a play on the Judy Bloom book that most every eleven year old girl read, and every eleven boy snuck peeks of just to get to the good stuff.

As a matter of fact, I had no idea it had anything to do with religion until I read the link up there. I thought it just had to do with boobs, making out, and periods.

Anyway, none of that has to do with rainbow barfing gnomes, (I assume he was ‘scream barfing‘) or vice versa. It’s just simply what the voices in my head told me to do, and so I did it.

First things first, we’ll get into a contact that was made by young Phomma up in Portland way;

The jagoffs of T Switchy are throwing a cross party this friday at the Velo Occult. There will likely be a piñata sacrifice and probably a couple high kicks here and there; 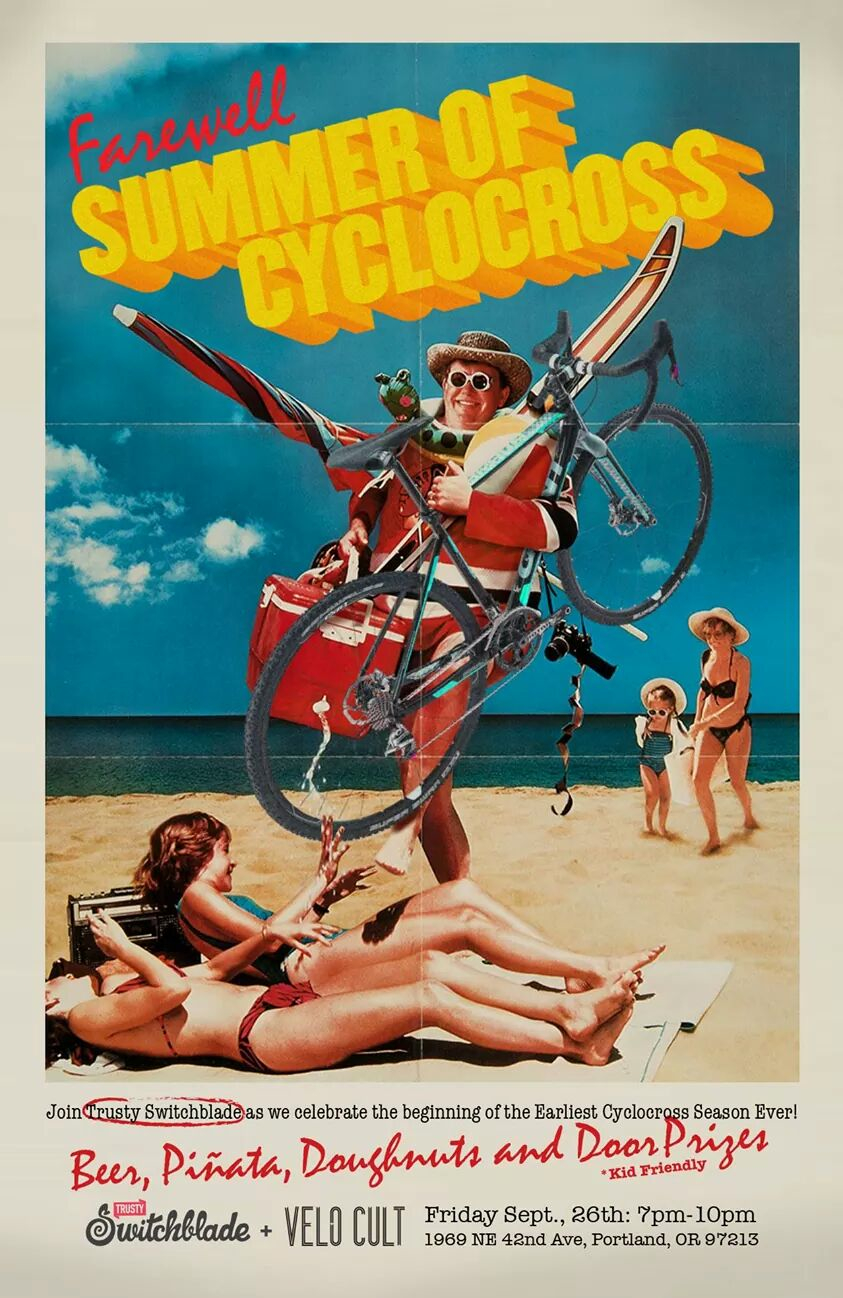 If any portland people want to start off the cx season right they should get at this and dq for the rest of the season.

I do thank young Phomma for his contact and for sending the announcement for a number of reasons, chief of which is because it made me feels as though my services here on this site are not yet entirely irrelevant.

And speaking of being not yet totally broken down and put out to pasture- It was just on Monday when some young people in San Francisco sent me a video of them riding the tarck bikecycles and rapping about it.

Now, ordinarily, I wouldn’t make mention of such a thing, because like, all of the reasons, but these folks did me the ultimate solid by naming me specifically somewhere around the 2:02 mark;

Coasting is about all I can do anymore, so I couldn’t exactly relate to the lyrics, but was a flurry of emotions when I received this. Having never been a subject in a rap song before certainly set me on my heels a bit, but it was mostly because these kids are young, and excited, and full of life, while I on the other hand am old, and jaded, and wishing for swift, sweet eternal rest. I was shocked they considered me to be worth a mention.

All the same, I thank them for their efforts, and do genuinely appreciate the tip of the hat.

In other news of things in San Francisco (sorta) smelting to bikes, and/or public drinking- in just a week and a half from today, I’m having a show of new work at what might be San Francisco’s last independently run art space, NWVSF; The opening reception for the show ‘Feet>Knees‘ is Friday, Oct. 3rd, and I’ll have on display the fruit of many late nights of self-doubt and consternation.

When I was in college, my friends and I formulated a theory that the worst art shows had the best food, and vice versa. If this theory holds any water, my new installation will be the best ever in the history of human kind.

Please feel free to swing by and crack a can in the name of kissing goats and slitting throats.

Going from mediocre visual art to top-of-the-rung documentary-ing, Michael Evans, videographer extraordinaire and the man responsible for an array of my favorites comes through with another beautiful piece featuring Anthony Mangieri of San Francisco’s Una Pizza Napoletana;

Anthony is a sweetheart of a fellow who is sort of like a cross between The Fonz and Seinfeld’s Soup Nazi. Generally unflappable by nature, he is tirelessly dedicated to his craft, and wholly committed to his vision and pursuit of perfection, but if you ask for pineapple on your pie, he will toss you out like yesterday’s newspaper.

That might be an exaggeration, but I wouldn’t risk it just the same.

From Gypsy The Punk I then received a bit of prose relating to another day of the earth turning;

“I put a new brake on my old Haro, and rode down the street to make sure everything was tight.

I went behind the grocery store to play on the drop offs next to the loading ramp. Don’t get the wrong idea. I’m a hack on a BMX bike. No finesse at all. I am an endless stream of f-bombs, grunts and belly sweat.

There were two kids sitting on the dock. They had TSOL cranked on the tinny speakers of a cell phone. As I was riding up, one of them handed what looked like a couple of pills to the other. The kid popped them in his mouth and dry swallowed them.

I parked the bike and hung out for a while. I told them about driving to L.A. to see TSOL play, and getting knocked out in the mosh pit. I showed them the scar. They told me about their band, the Tall Socks. They do Public Enemy covers with an acoustic guitar and a set of conga drums.

When I was sure that no one was going to OD, I picked up my bike and rode home.

I’m writing a very bad novel, and that moment of the kid swallowing the pills without knowing what they were…

I wanted to write about it, so I did.

I think someone with better skills could use that moment to say something important about the drugs the world is on today, and the way we blindly and obsessively want more.

Yeah. Someone with skill could really do something with that little scene.

Me? I just changed their names and tapped it in.

As always, I asked if he had a visual accompaniment, which he did not. Lucky for us, he took a picture with his words.

In closing, from Eric at East Coast Greenway Alliance I got a heads up for the upcoming New England Builder’s Ball;

Please find attached a press release and graphics related to The Year’s Most Fun Bike Event (TM) – excepting Underbike, of course. Any help you can provide to publicize this event would be greatly appreciated! 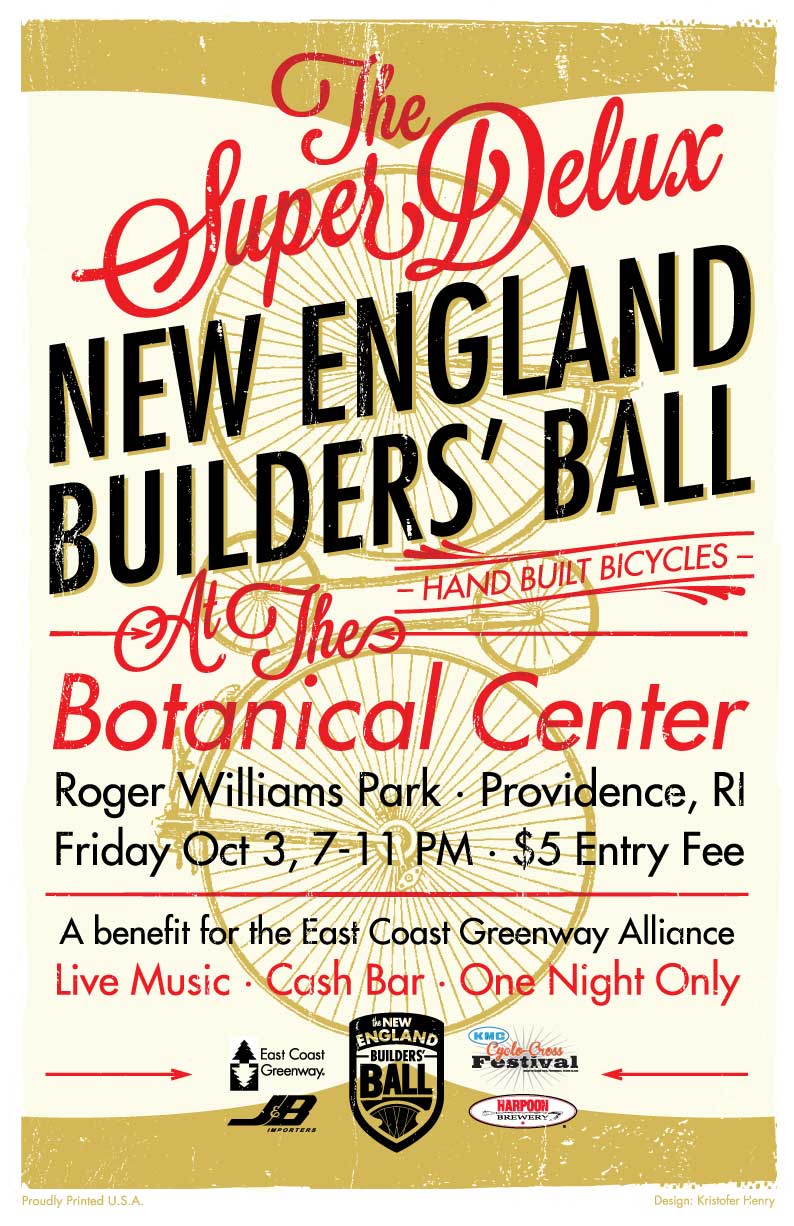 There are indeed a list of luminaries going to be present at the show, though looking through the site I expected to see for more images like this; 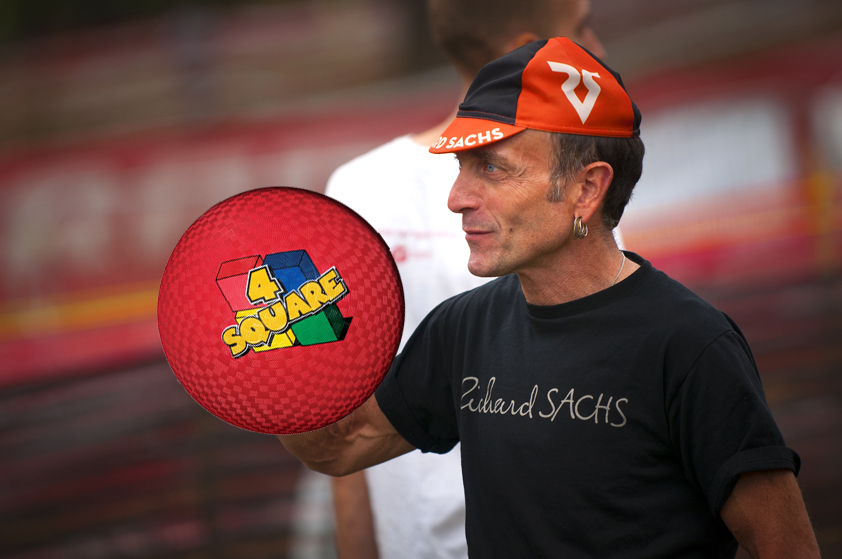 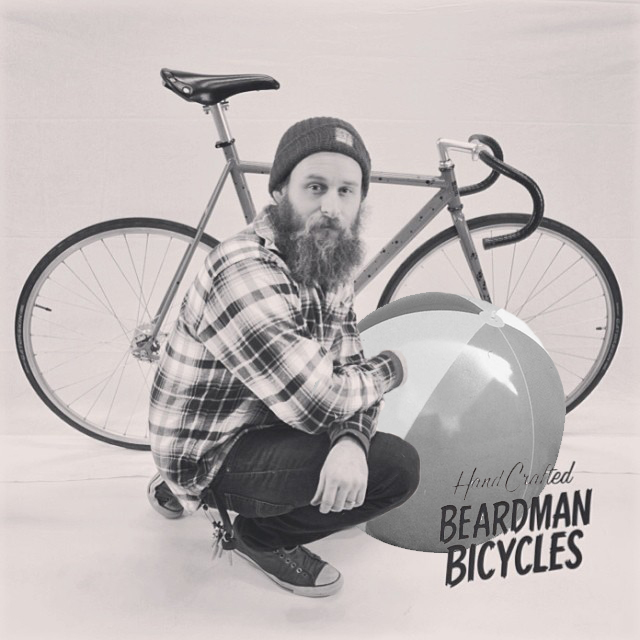 And of course, the most relevant to this site; 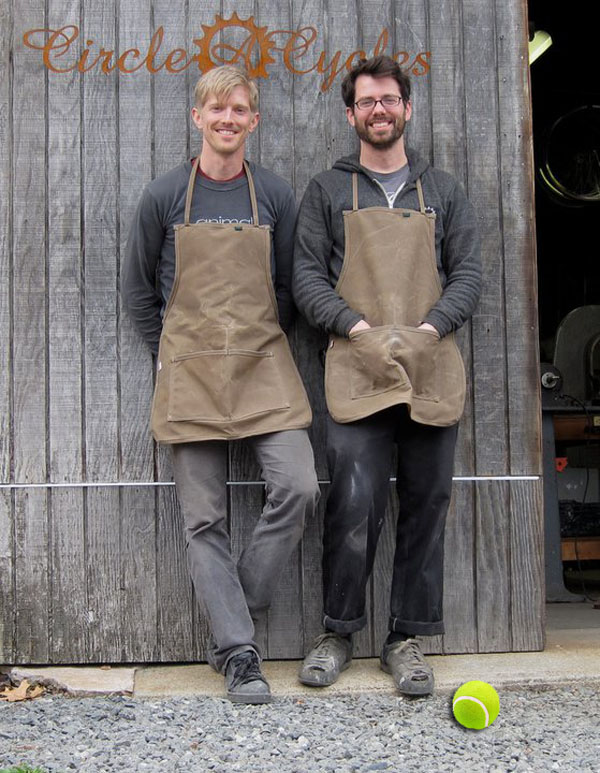 But alas, I was mistaken in my assumption, once again reminding me that it is ever wrong to assume.

Both of which I’d swiftly be called out on by either Dog, Margaret or a scream barfing gnome.

5 Responses to “Are you there Dog? It’s me, Margaret.”