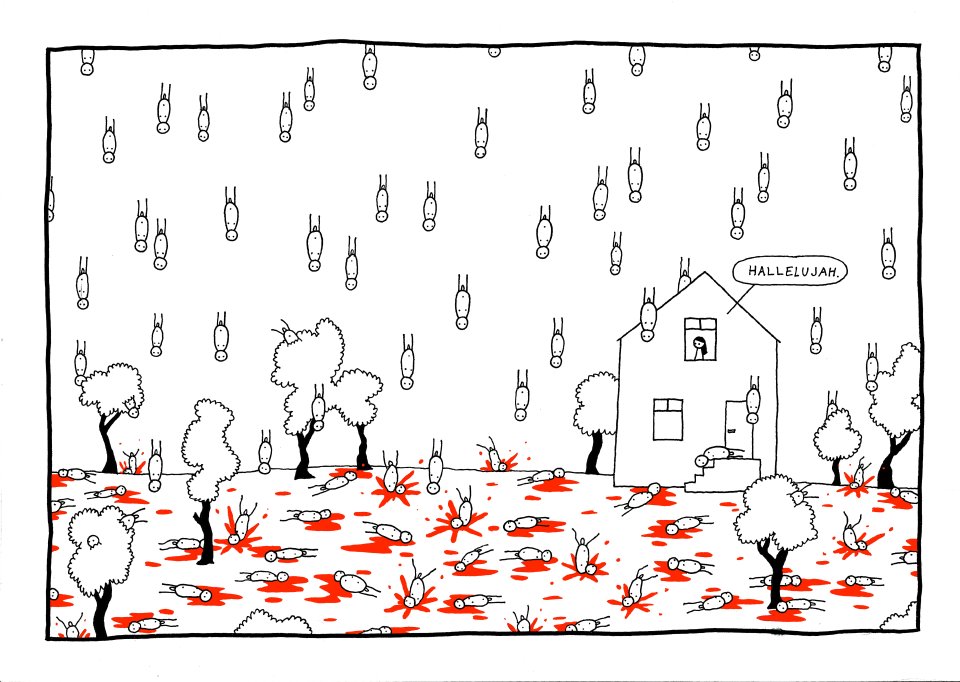 I don’t know what inspired me to title today’s post what I did, but it is what it is, so let’s not question it.

First things first, everyone who’s anyone who’s everyone knows this guy; 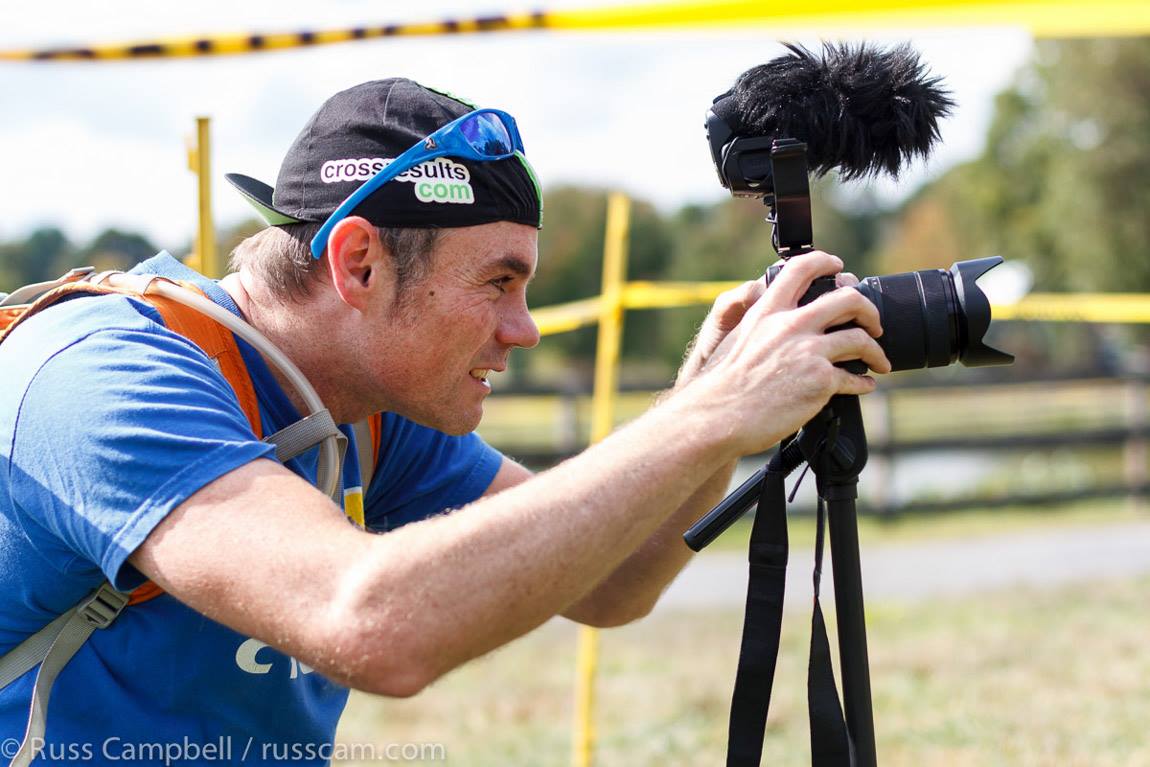 Photo courtesy of Russ Cam.
This is none other than Thom, or Big Bikes Thom, or Talks With a Thick Boston Accent At The Drop Of A Hat Thom, or Being Kimbo Slice Thom; 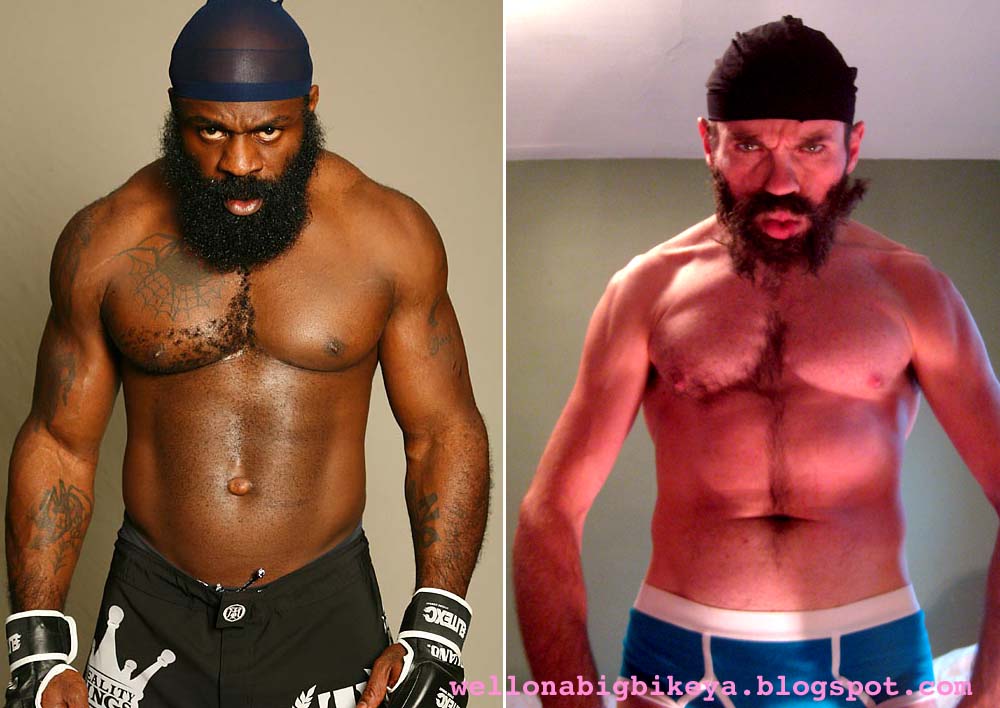 He’s the brains and brawn behind Dirt Wire TV, as well as the maestro of spontaneous trail fixings around his home in Massachusetts.

Anyway, I felt it somewhat important to include in today’s post, an image I found of him wearing a hat emblazoned with the graphic of two broken boners; 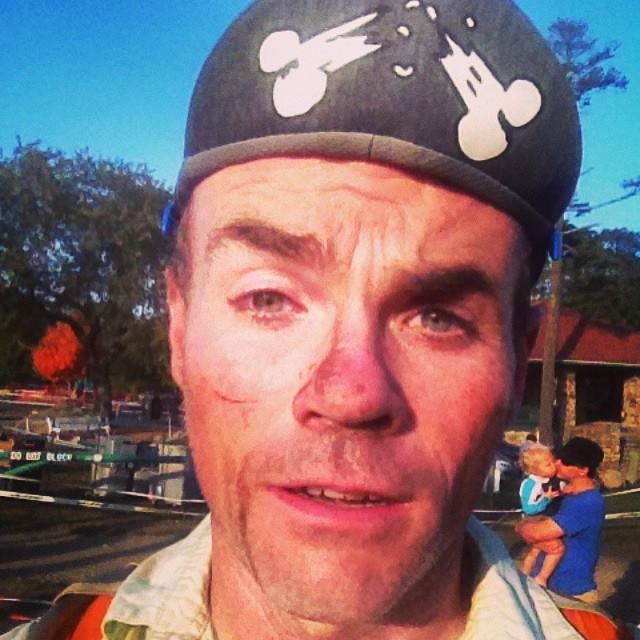 Perhaps it’s just one broken bone, but the former satisfies my internal twelve year old sensibilities, so I’m gonna go with that.

Anyway, as I mentioned, he’s a big proponent of fixing dumbed down trails, or short cuts, or re-routes or whatever you want to call the thing that people do that causes singletrack to not be, and that’s something I can get behind all 100%.

As a matter of fact, it was just a few days ago when I came upon a section of a local trail that was getting stampeded by individuals who just couldn’t wait to get to the apex of the turn; 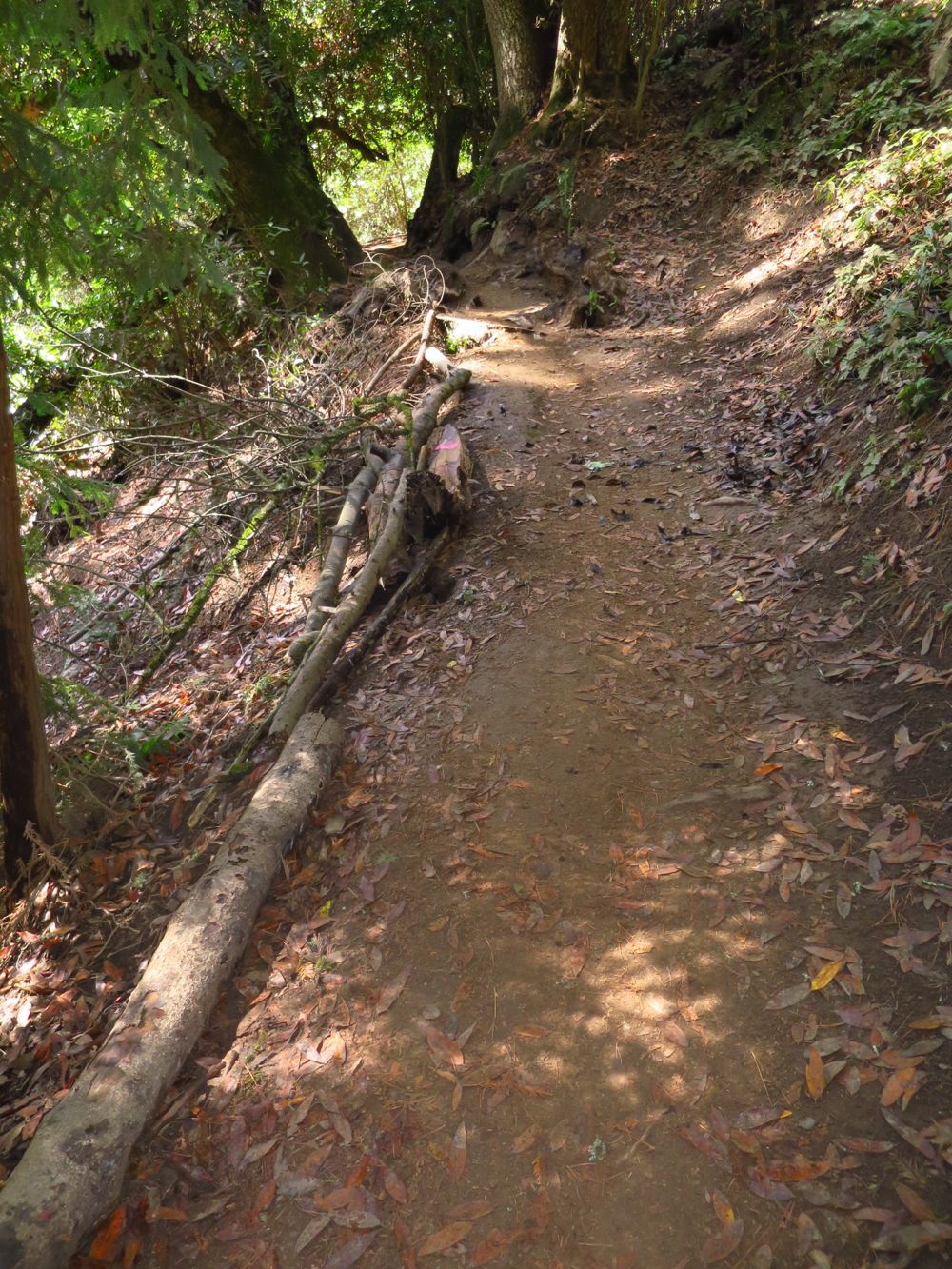 Naturally I did what any self important dirt bike rider should do, and I stopped mid-ride to fix the impending and existing damage.

Like the elementary school adage goes, ‘no cuts, butts, or coconuts‘.

As a matter of fact, and while we’re sorta on the topic, the venerable Vernon Felton has written a bit of a diatribe on the topic in the newest edition of his corner of BIKE Mag(dot)com.

The short version is if you can’t ride it, don’t hack it up so you can, but beyond that, much like the golden rule of heckling, and as the article’s conclusion declares, don’t be a dick.

It seems fairly simple, though apparently what is simple to most of us, isn’t necessarily so to all of us.

Moving on from dirt fixin’s to dirt shreadin’s, I thought maybe perhaps we’d do a bit of gear reviewin’s.

Some, or all, or a few of you might recall this post when I detailed the long road to finally assembling my utterly ridiculously amazing Blue Collar one speeded cyclocrossing bikecycle; Er. Mah. Gawd. do I love this bike. It’s like a constant bubble bath, except for when it comes to riding up the slog from my house to the trails, and then it’s like being tortured by giant shirtless leather mask wearing Dark Age executioners.

However the one component on the bike I’d like to address are the 40c WTB Nano tires; 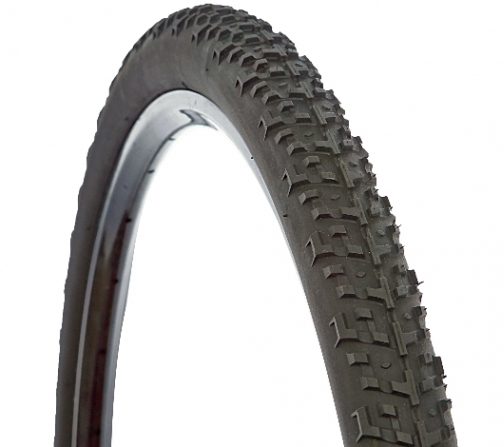 Perhaps you heard my years of bellowed complaints when WTB stopped production of the 38c Interwolf; 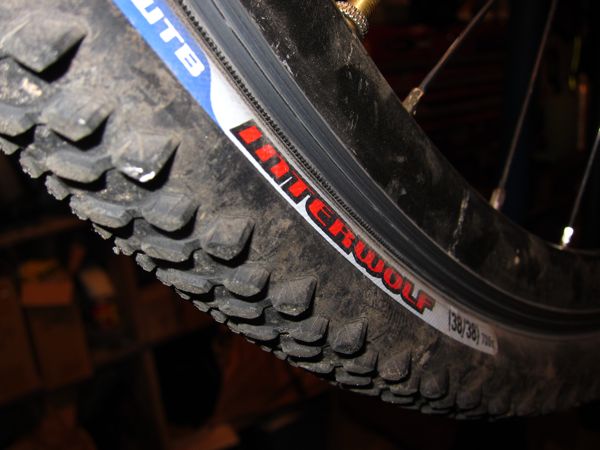 Well, they certainly did and responded with a tire that, though I didn’t think it possible, I love one thousand times more; The compound (at least so far) seems considerably more durable than the aforementioned tire, which is a nice thing if you’re like me and spend your fair share of time on pavement when getting to the dirt, because; 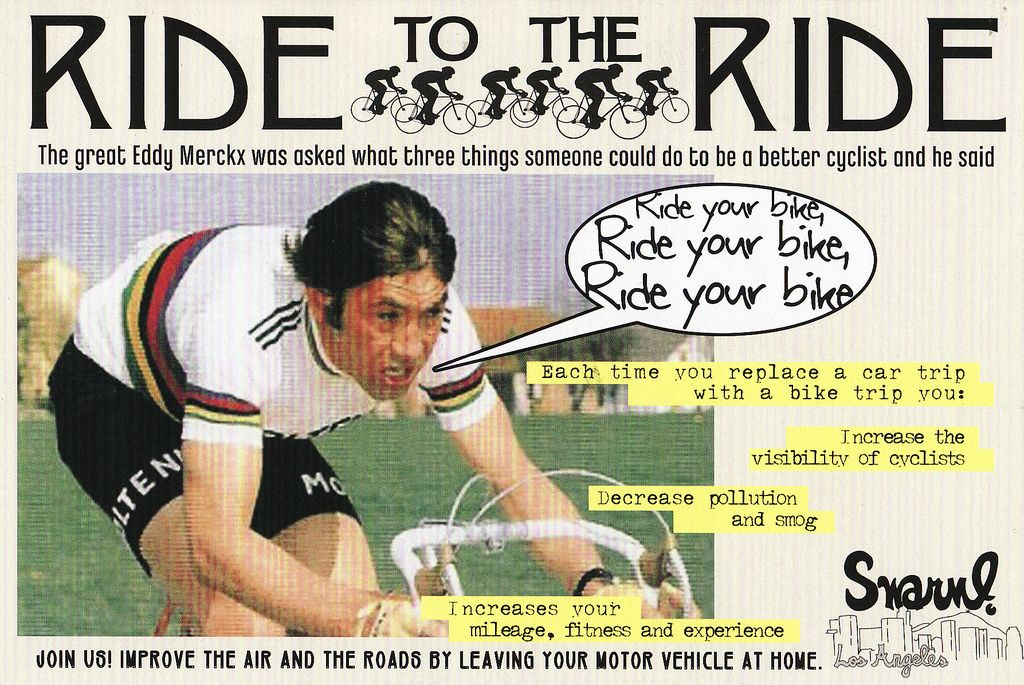 Due to the fact that it’s been dry as a bone here in California for the last several years, I haven’t had much time on any tire in the mud, let alone these, but after receiving a much needed dose of extremely necessary precipitation, I was able to test them in a good bit of hero dirt recently and they kept me upright and railing like the champ I know in my heart that I am.

I don’t know what they weigh, but because I don’t care about such things, it matters not. If I want to shave grams, I just don’t eat ice cream. From my perspective, the proof is in the pudding, (mmmmmm…. pudding) and based on my love affair with them so far, and my heroic sorta-victory a couple of weeks ago; 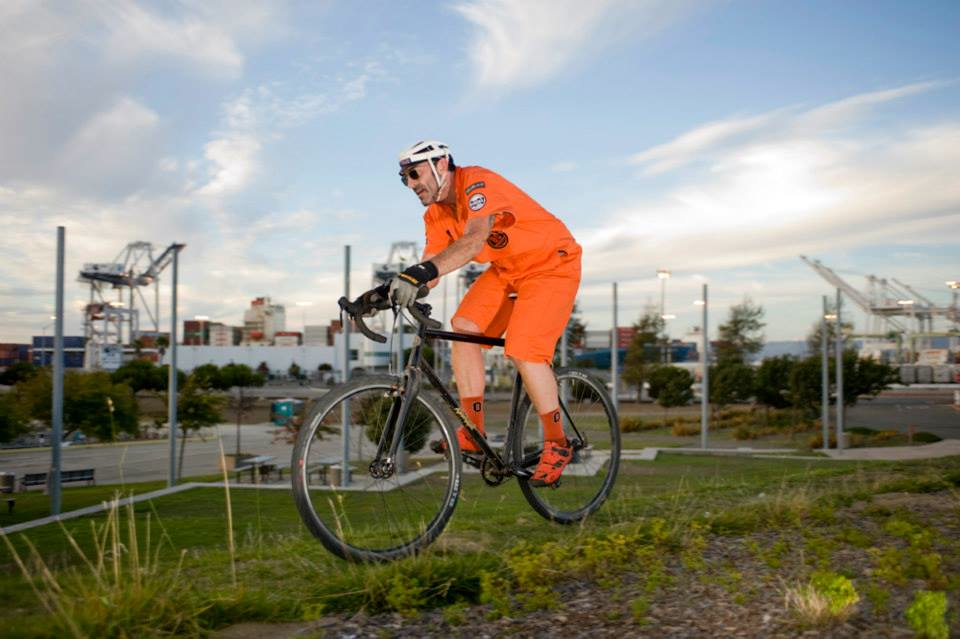 Photo courtesy of Pamela Palma
I can say without hesitation that WTB has plumb knocked it out of the park, and straight into old man McGillicutty’s backyard.

Referencing the AHTBM Bloody Pentagram Rating System™, and yelling as loudly as my keyboard will allow, THE WTB NANOS GET A SOLID FIVE OUT OF FIVE;

And what the hell? Just because I’m the master of this domain, and to keep thing extra evil, I’ll give them one more for good measure;

In two bites of AHTBM business news, I’d first like to make note that I’ve knocked the price down a bit on the blindingly handsome Ike Lee shirts in order to free up some space in my limited storage space for other product; 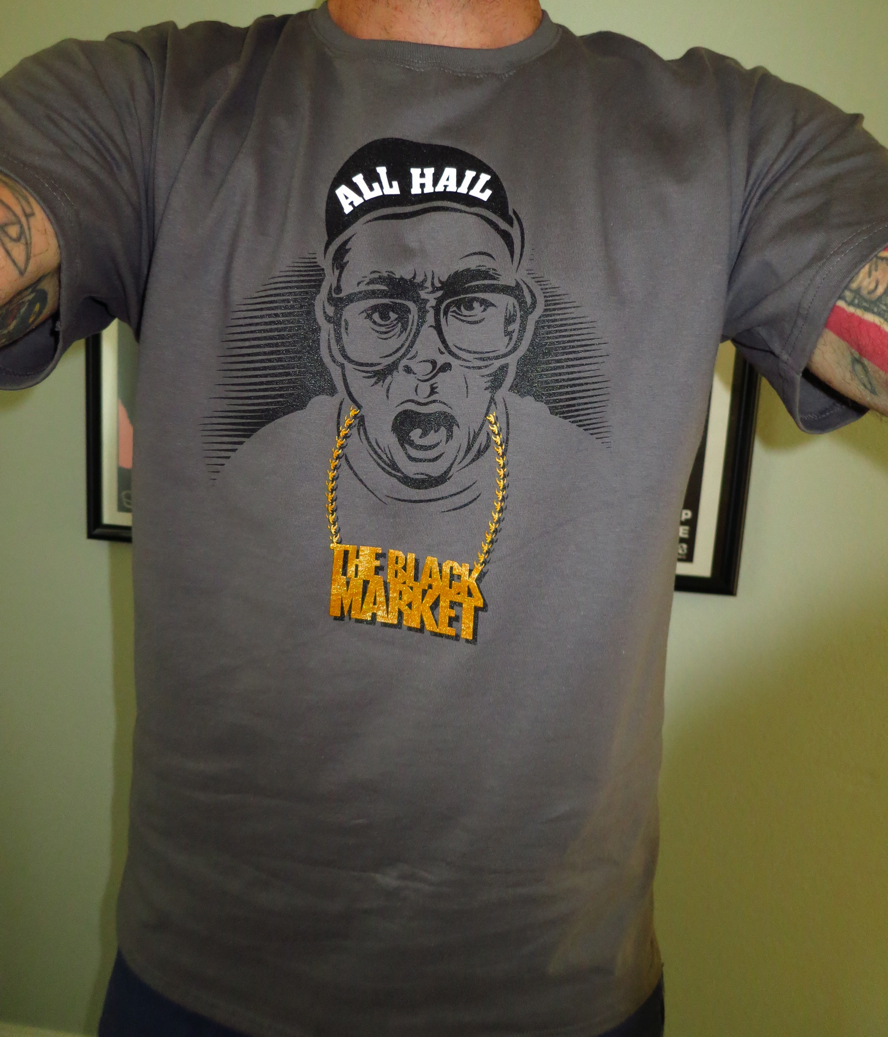 I have a limited number of mediums, larges, and extra larges left in stock, so get while the getting is good.

Secondly, the pre-order window is just about to close on the fruit of nearly two years of effort being the new Swobo/AHTBM Hobo bag; 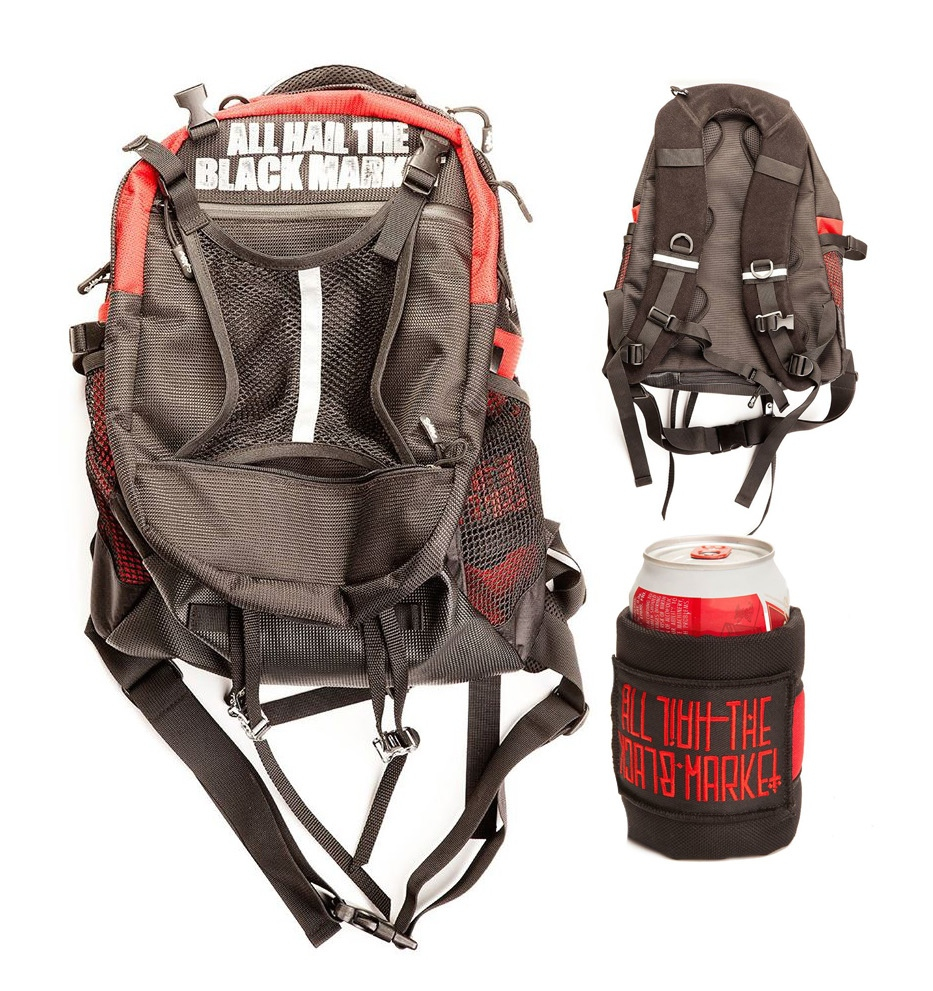 In my humble opinion, this is everything I would dream of in a tech bag, including the addition of two toe straps, and a custom Dank cüzie, because besides a clean pair of underpants on my person, those are two items I never leave my house without.

I’ll continue having these available in the coming months, but you can get them now for a discounted price.

Lastly, Paul from Atomic Cycles is up to his standard shenanigans with the upcoming running of his fourteenth annual Choppercabras event down there in Van Nuys; If you’re not sure what a ‘Choppercabras event’ is, I would like to think that this image from last year flirts with an adequate representation; 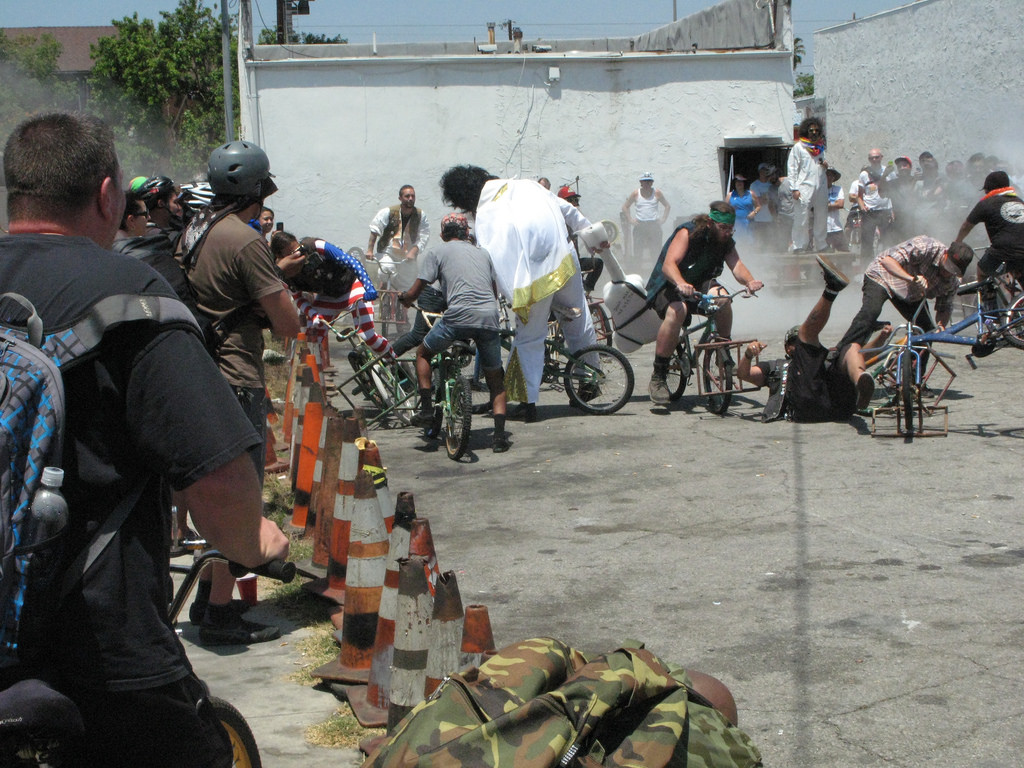 You’d better pack your galoshes, and an umbrella because it promises to get pretty testosterone-ie out there.