Since I’ve been sidelined, the only bummer part is watching all the fun everybody around me seems to be having. I mean, certainly, listening to all of the music I own while simultaneously watching my existence slip away from me like sand through my fingers is pretty awesome, but seeing all the bike rides, and camping trips, and rock and roll shows, and shirtless volleyball matches, and vigorous highfives that follow;

-That’s the part that really stings.

One trip in particular just happened was in recognition of the imminent nuptuals for a fella named Nate Woodman, who you might know as the impresario of Monkey Wrench Bicycles in Lincoln, Nebraska.

Shortly before the trip started, I ate breakfast with Sean from Soulcraft bikes and he said he’d just scabbed himself on with some other folks who were going from the Bay Area.

The idea of coming along was very appealing to me, but since I had a sofa to hold down, I asked Sean if he’d be so kind as to shoot me a short email and some photos detailing a couple highlights.

He did so thusly;

I hesitate to send this to you knowing you love nothing better than to hear of other’s adventures while you sit around the house talking to your cat, but here you go. Unknown to many, there has been a long running love affair going on between Lincoln, NE., and Northern Ca. And I’m not talking about a casual deal; this is a sloppy, uninhibited, “get a room” throw-down.

At the center of it is Nate Woodman, owner/proprietor of Monkey Wrench Bicycles in Lincoln. Since the late 80’s he’s been a huge fan of the bikes built in Northern Ca. In more recent times he has continued that support by spreading the word in Lincoln about the newer builders out here.

A couple weeks ago a summit was convened in Moab around the fact that a kind, sweet, and patient woman in Lincoln accepted Nate’s marriage proposal. And what better place than Moab to ride steel hardtails? So Rick Hunter, Curtis Inglis, Clarke Dolton from X Fusion Shox, and I piled in and drove out. We seldom get to see the guys from Lincoln, much less ride and camp with them, so this was pretty special; 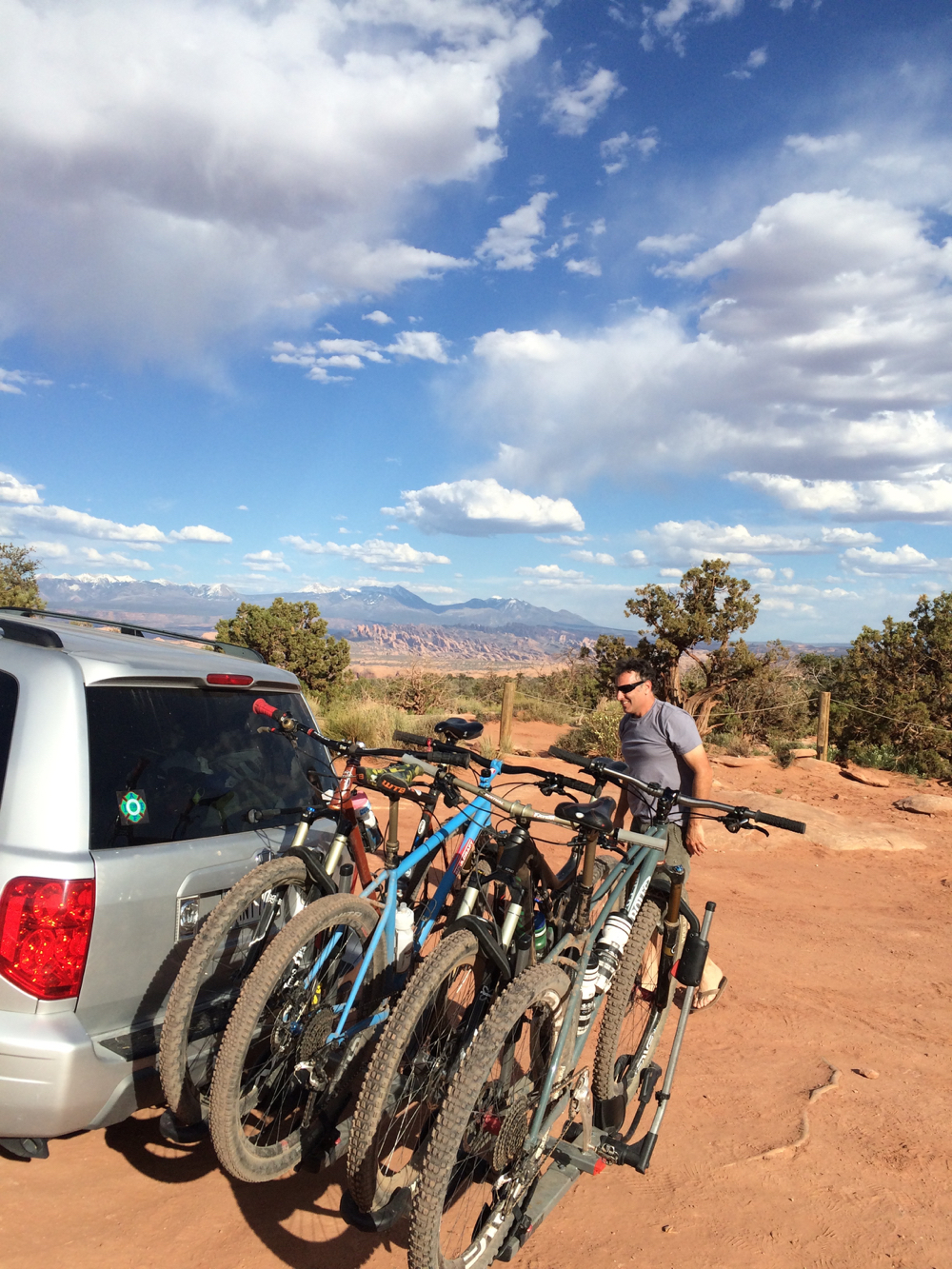 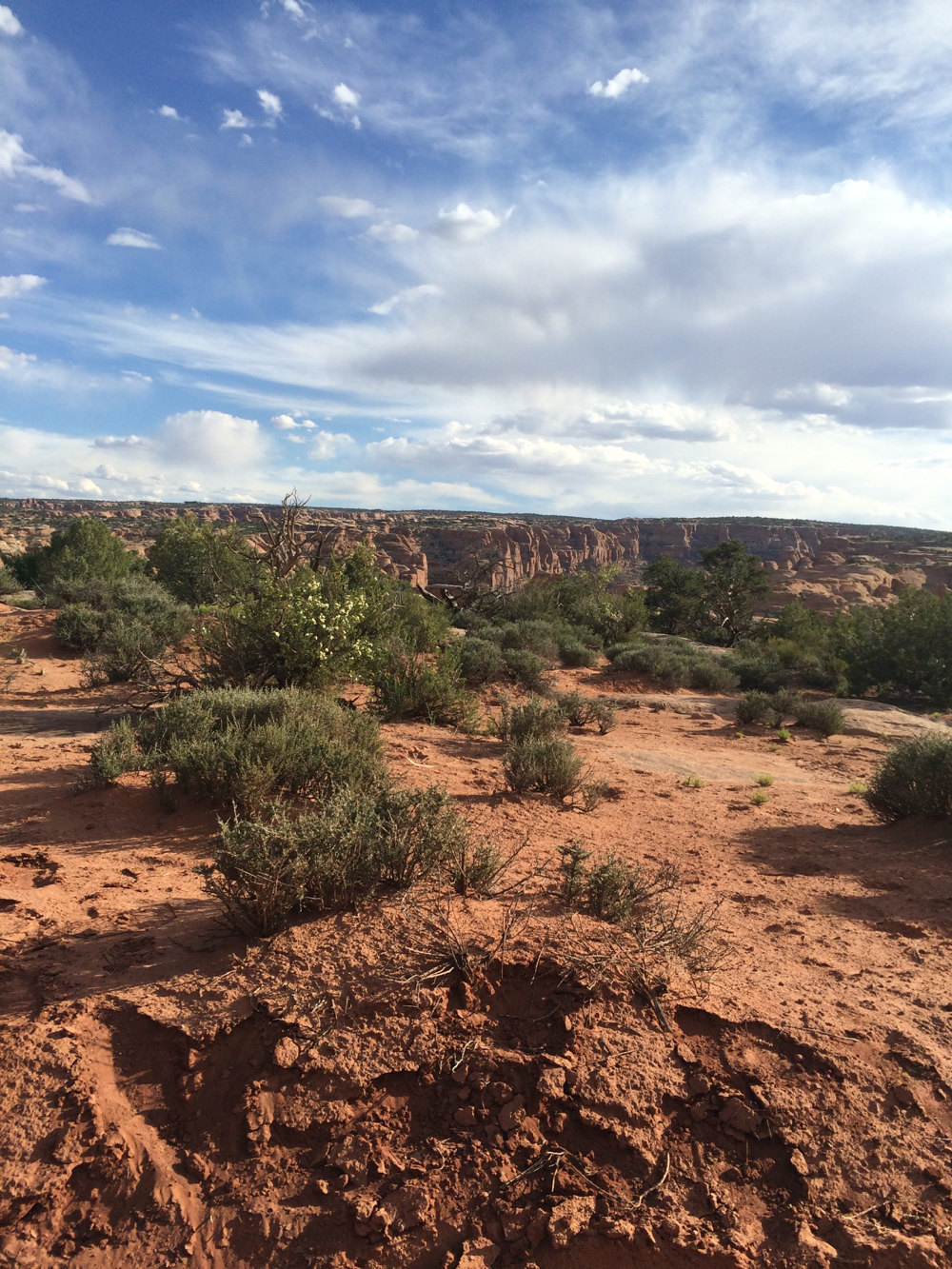 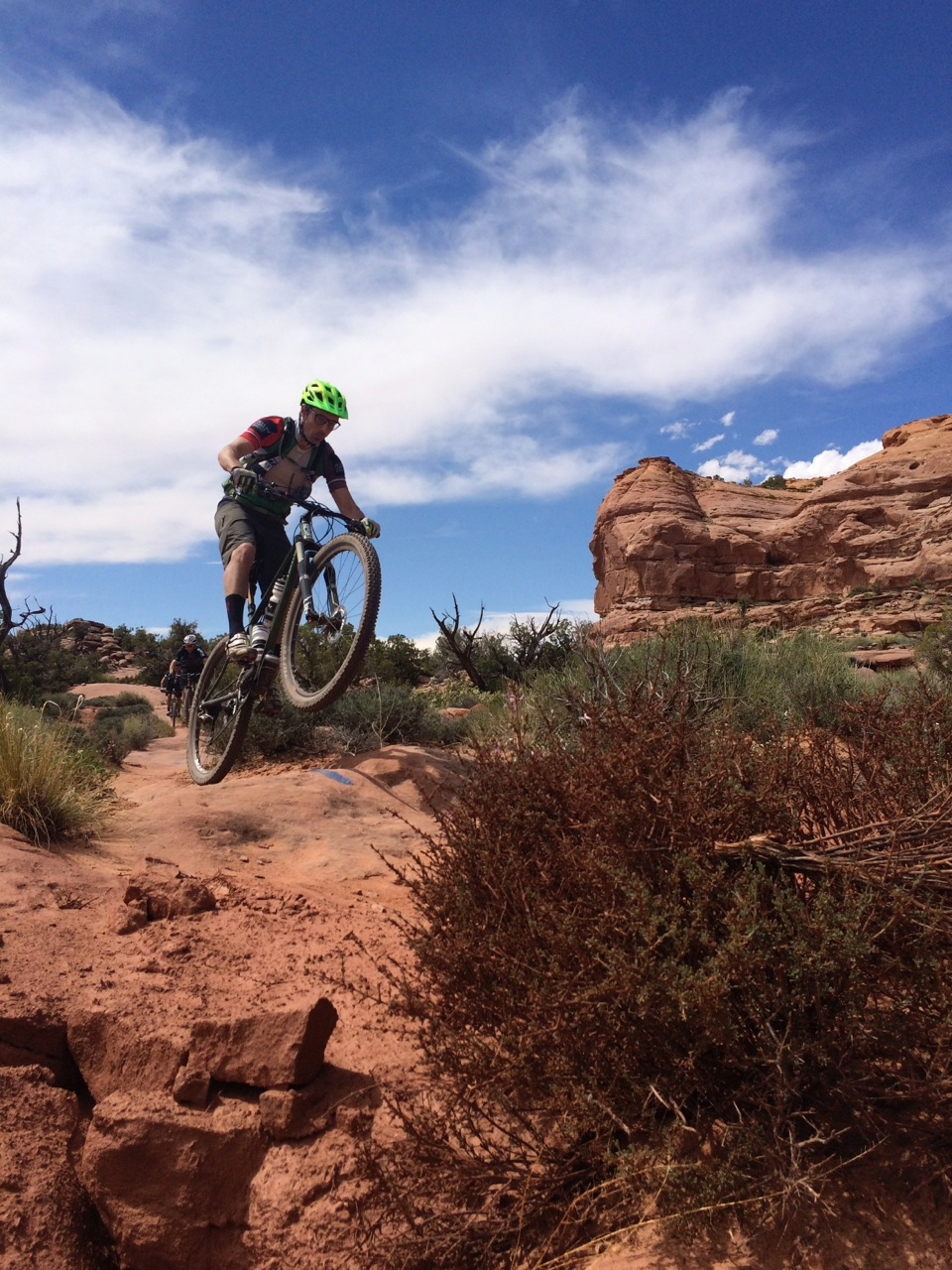 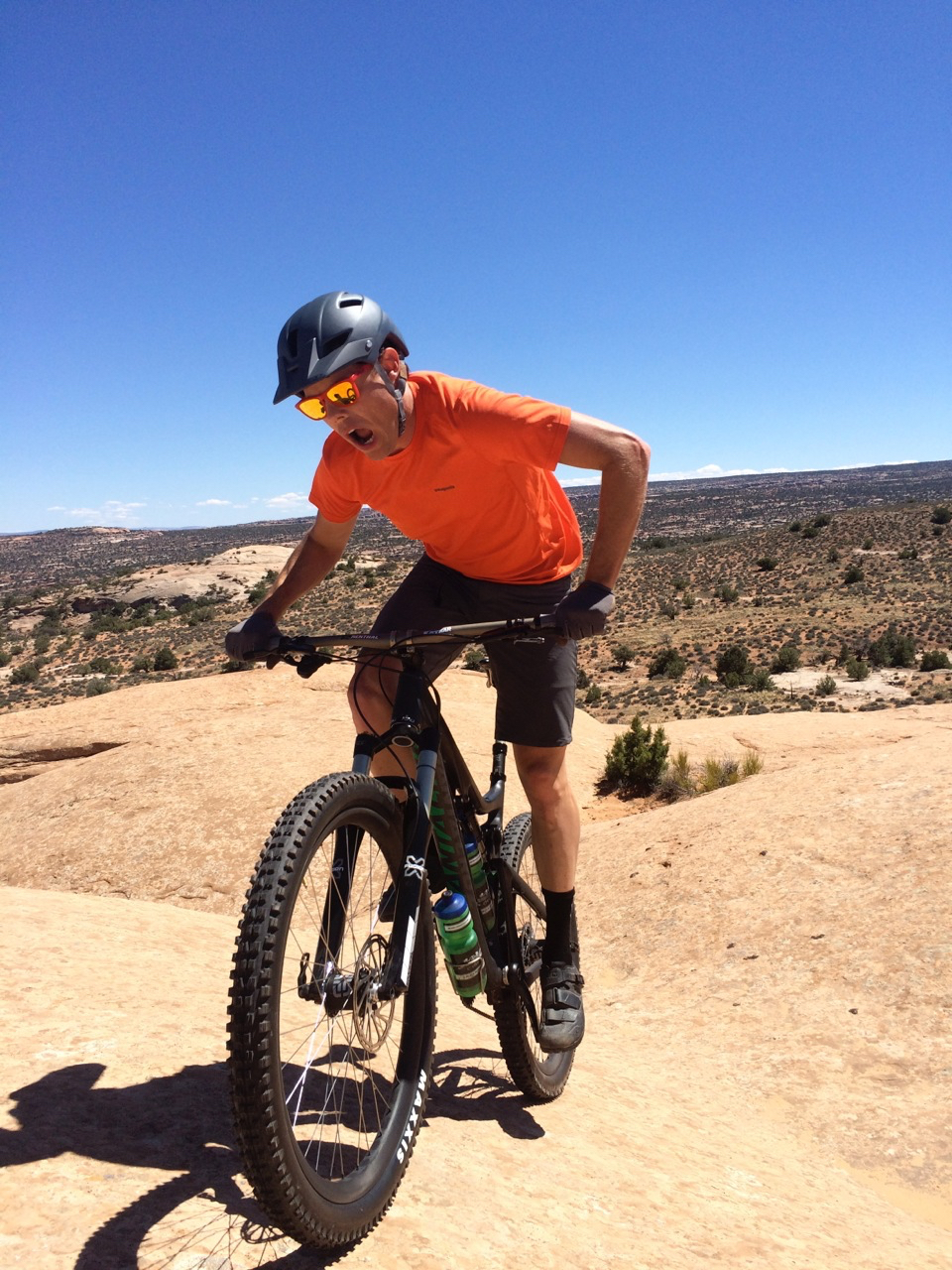 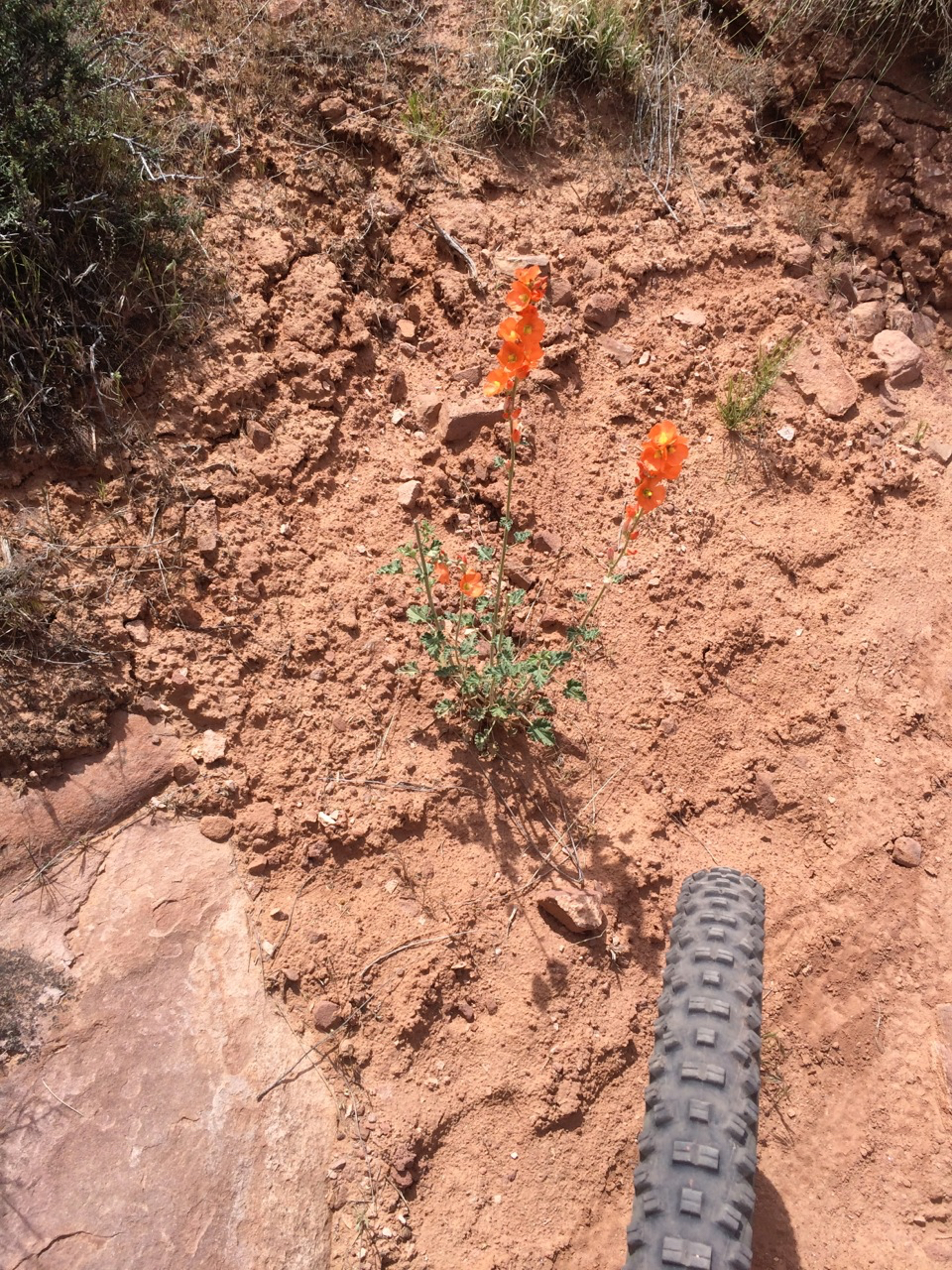 The quick and dirty is that we rode Navajo Rocks, Koko Down, Ahab, and Mag 7, camped at the moon-lit Sand Flats, ate every day at The Love Muffin and Milt’s, swam in a creek, showered in Josh Ray’s awesome basement shower, and basically consummated the Lincoln/Nor Cal thing until we can do it again. As I often feel during and after trips like this, I’m grateful and slightly embarrassed; grateful that I have the opportunity and friends, and embarrassed for the same reasons. So many folks out there don’t get to have experiences like this and/or friends to share them with. 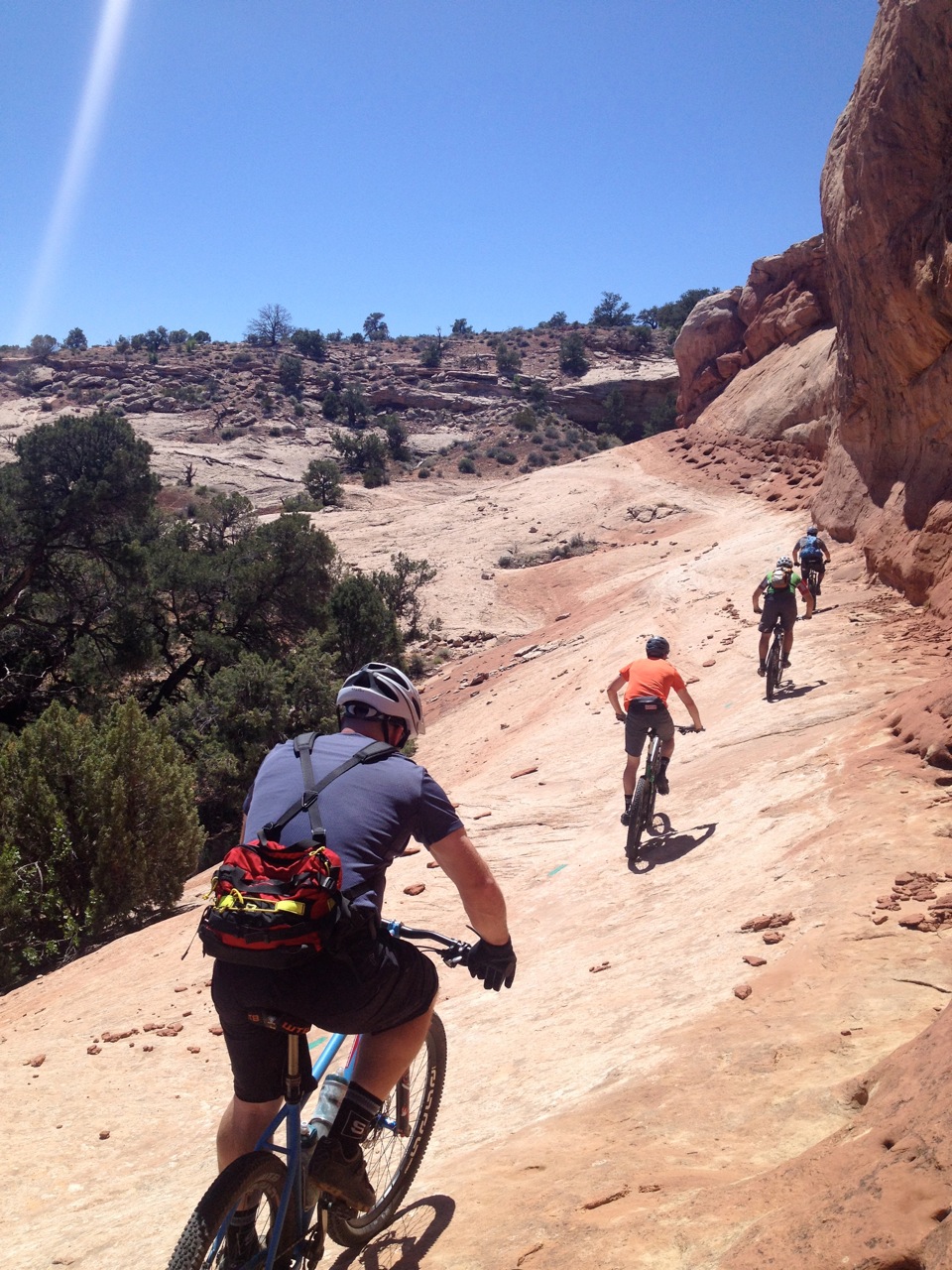 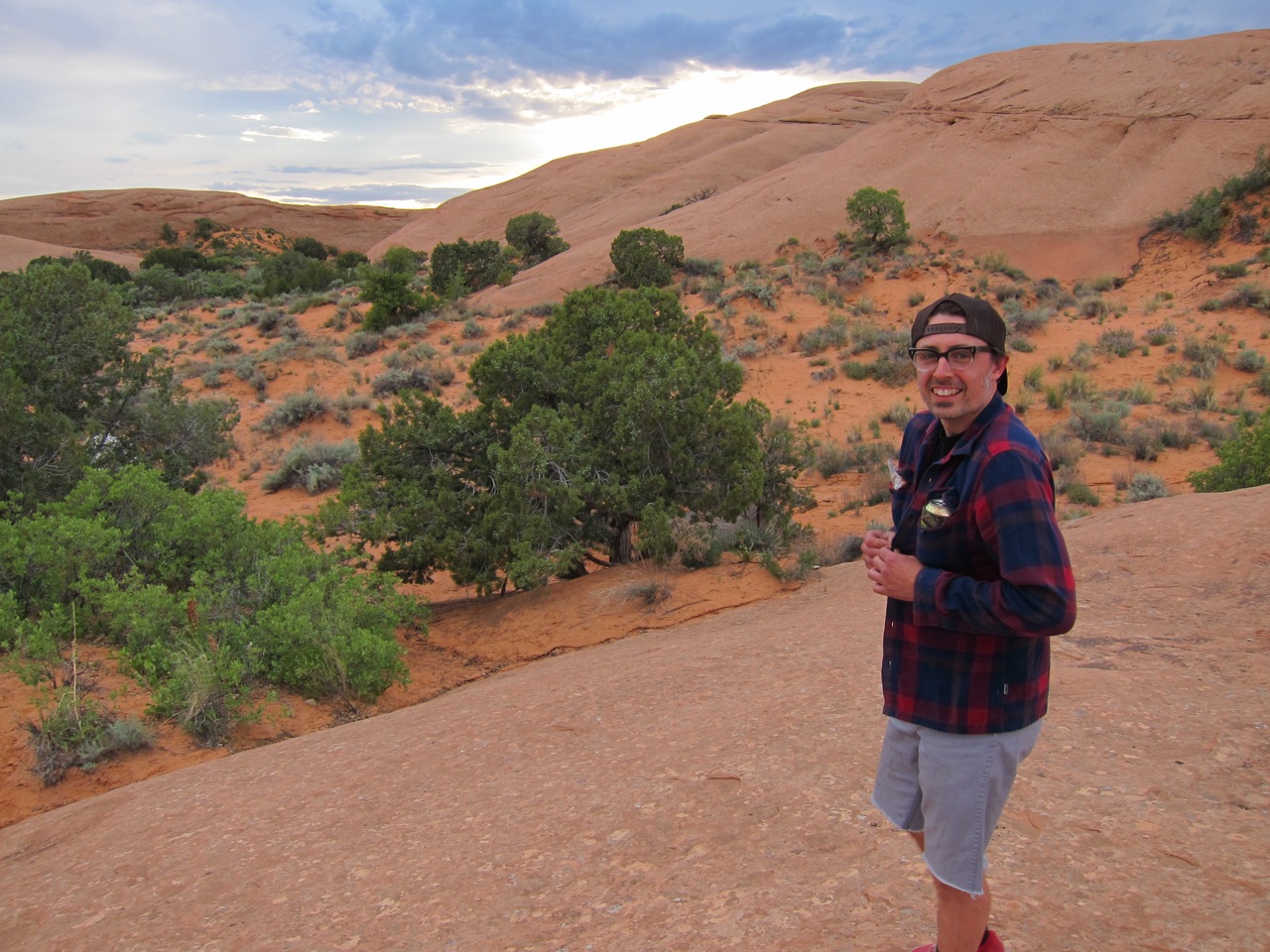 Trips like these serve as reminders of how good we have it. Thank you Nate for the invite, and here’s to a rich and adventurous like with your special lady.

Though I could not be there in body, I was in spirit, and on behalf of the AHTBM empire (me, the voices in my head, and the spider that’s taken up residency above my desk) I’d like to wish the Woodmans many happy returns.

And also let Nate know that if he has any plans to do a second bachelor party weekend- Say, in about six to eight weeks, that would fit my bill perfectly.

Moving on from glorious bro-downs to matters of a considerably sadder state, DPow! from Portland Design Works got in touch with news that one of our own is in some desperate need of help;

A couple of things, checking in on you to see how you are hanging in there. Hoping to hear you are on the mend physically as well as mentally.

Speaking of mending, I don’t know Alistair personally but he was dealt a pretty shitty hand last Sunday when a pick up truck hit him in broad daylight and took his leg in the process. From what I understand, his leg was amputated above the knee and he’s going to have a challenging road ahead of him, all at the age of 22 years old. The cycling community has pulled together pretty quickly to provide him with support. And I know that folks from all over the place have been throwing cash his way.

If you could post a link to his GoFundMe site it would mean a lot to me. Thanks man. It could happen to any of us.

Alistair’s plight certainly strikes a chord, and I hope that he will recover and somehow move beyond this.

I can’t help but think of a local hero named Dory Selinger; 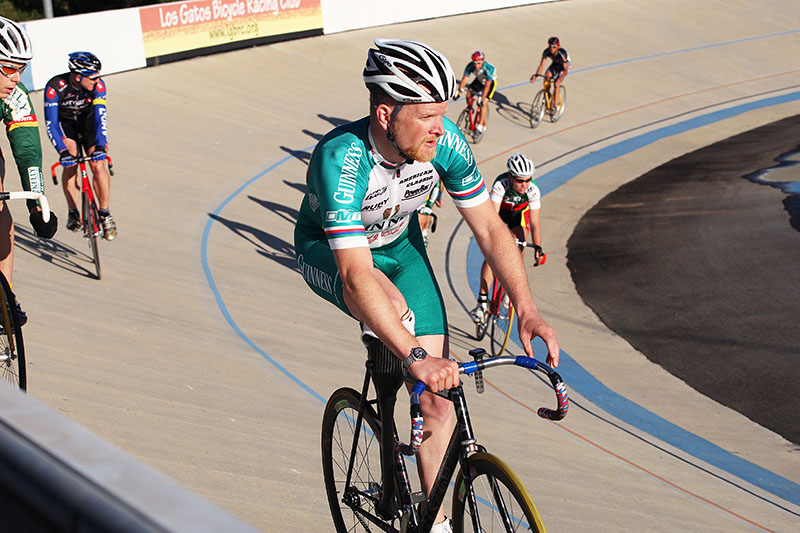 Photo by Garrett Lau.
The whole horror show of the story is here.

I remember when this went down, because at the time he was riding with a team called The Oaktown Wheelmen. They were comprised by a whole array of honches, two of the Eisentraut brothers, and Jon van Heel being among the most notable. (The team later changed its name with title sponsorship by Le Cheval, and was responsible for giving Tony Cruz his start.)

Anyway, as it’s described in that first link up there, the whole group of riders were smashed into by a drugged out woman who was going crazy with voices in her head.

Comrade Vlad was killed and Dory lost his leg. It was a profoundly dark day for the Bay Area cycling scene, but we put ourselves back together again, and clearly Dory who was faced with the most seemingly insurmountable challenges did to a degree that seemed impossible.

I just hope that Alister can find a similar strength.

In other, and final, and completely unrelated news, a man just sneezed out a piece of rubber that’s been in his nose for 44 years; 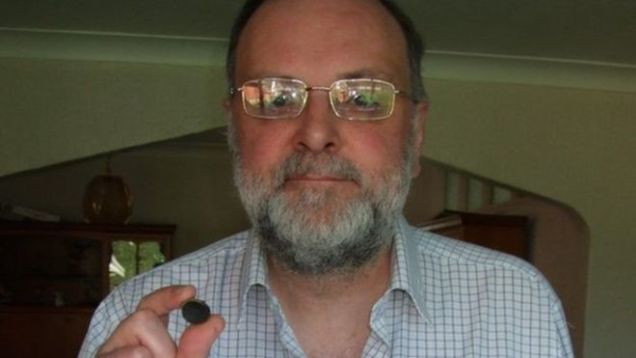 if we walk away from his story with anything at all, it’s that the only thing that should go up a nose is cocaine.

It’s feel good stories like that, that truly make the world go ’round.

6 Responses to “The world keeps on turning.”