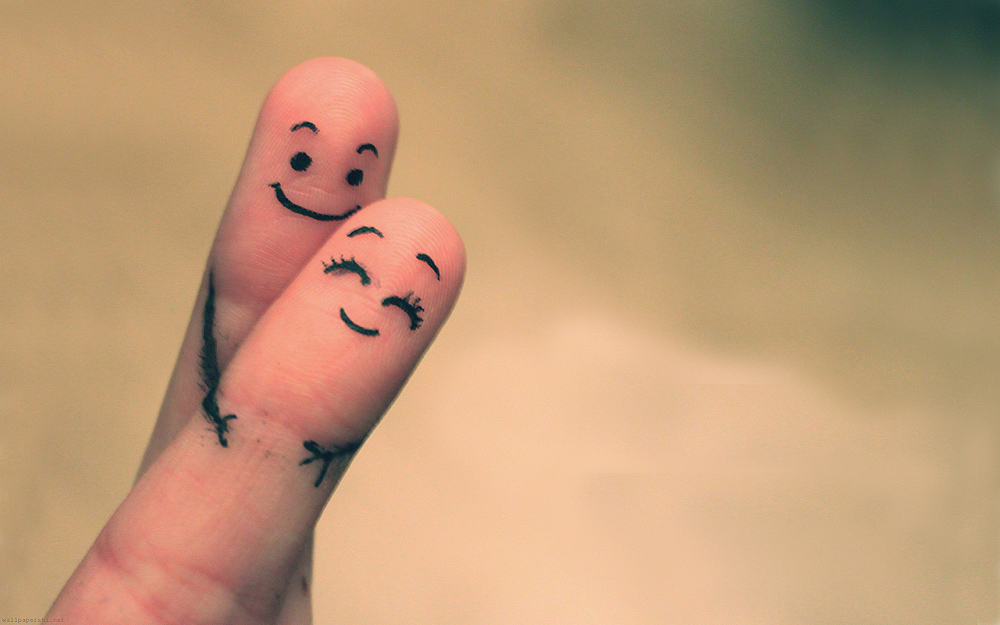 When describing my relationship with my poor little toothless hobo cat, on a few recent occasions Demonika has used this this turn of phrase, which up until that time I’d not heard before.

In fact, for some time I thought she was saying ‘button underwear‘, which didn’t really make any sense to me either so I just rolled with it.

But when I finally understood what she was saying, the picture was made clear. I like random and sometimes regional turns of phrase like this. One I recall my dad using with some frequency was when noting an individual’s unappealing looks and saying “that boy’s ugly as a mud fence“.

Having no idea what a mud fence was, or how ugly it may or may not be, I took these phrases in stride and eventually became quite enamored with them.

When I got older, regional dialect became pretty fascinating to me but not to a degree to actually learn anything about them.

(Not enough sense to) pound sand down a rathole, cain’t never could, squeeze a quarter so tight the eagle screams, and fair to middlin‘, or my personal favorite ‘(they’re) so dumb they couldn’t pour piss out of a boot if the instructions were written on the heel‘, are all phrases that all come to mind.

Where all of this comes from, I can’t say. Some dusty corner of my mind or another, because that’s what happening when I wake up at 4:00 in the morning to feed previously mentioned poor little toothless hobo cat.

Say- so in this post from last month I spilled the beans about the fact that I’ve turned AHTBM into a bonafied record label with the upcoming release of Who Rides The Tiger’s ‘Transylvania Baby’; 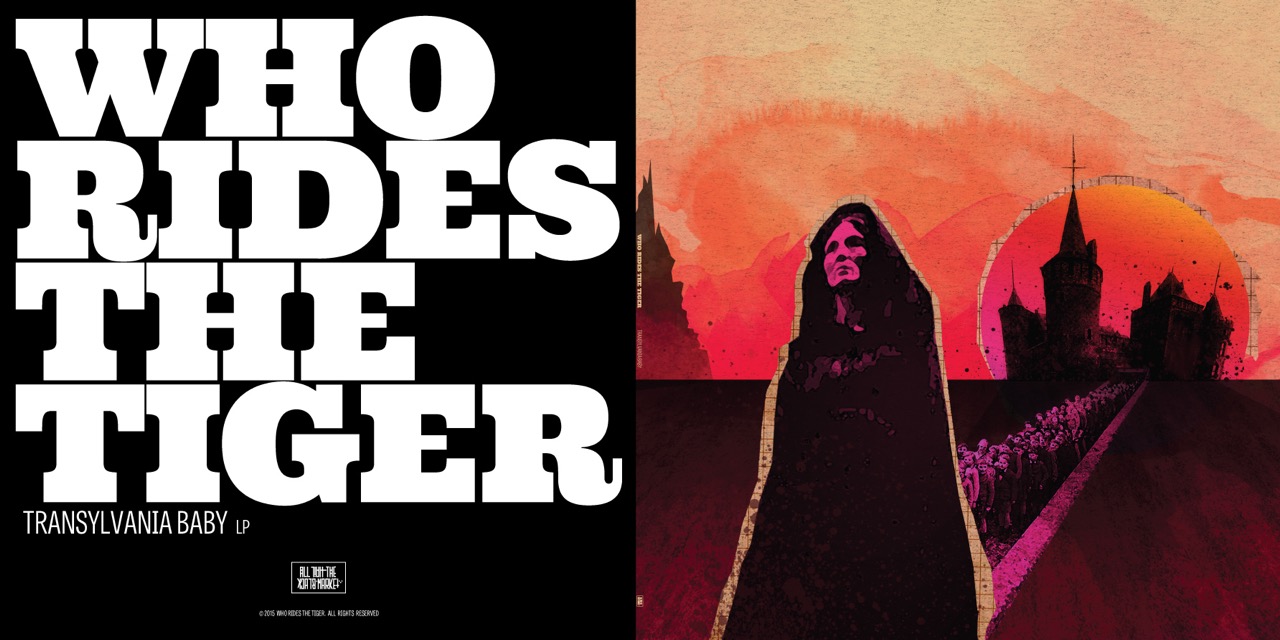 What with hundreds of copies of black, 180 gram amazingness coming down the pipe, I decided that it would only be right to order up a run of custom, and in my opinion, pretty damn cool turntable mats; 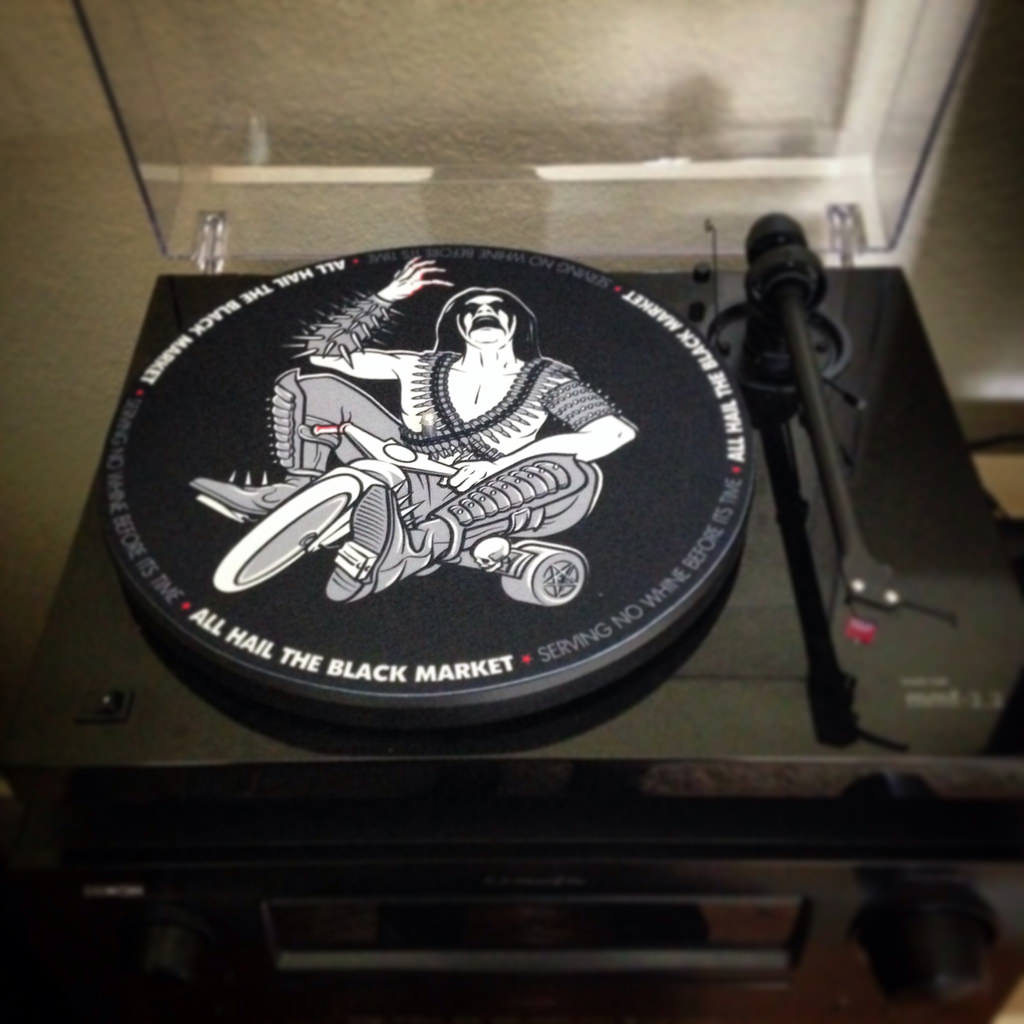 This is the first new product I’ve released in some time due to the fact that I’ve invested everything I had into the record, but I’m plenty excited to at least be able to replace my twenty year old, and fairly haggard Boss Hog mat that came with their third record; 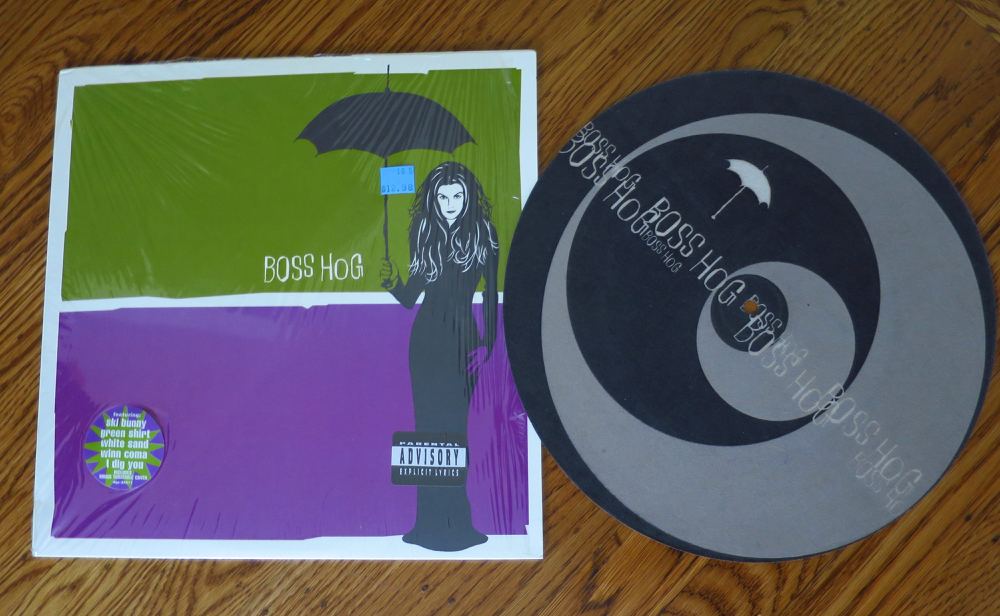 Like I’ve said before- I only make product I want, and then hope I can convince enough other people that they’d like one as well.

If you yourself would like a snappy branded turntable mat on which to rest your beloved wax slabs, I have them for the low, low price of just eight bucks a pop, and alls you have to do is go here.

In news of nice weather, and snagging the opportunity to sleep beneath the stars, Alexis from Huckleberry Bicycles made with the contact to let us know that they have an instructional on just that very thing brewing directly;

We are having an Intro to bike camping event next week any chance you could put out a thread about it on your social media outlets; I think the short version would go like this-

“Put a sleeping bag, some food, rope, tools, knife, water, beer, and a flashlight in your bag, get on your bike, and ride to a place where you can sleep without being eaten my a mountain lion, or beat up for your shoes by an aggressive transient.”

I’m sure that Huckleberry will offer a slightly more detailed version, but armed with my wisdom as a foundation, there’s no way you can lose.

Lastly, from DPow! of Portland Design Works we get a video clip of a live musical performance featuring ATDI, shortly before they imploded and turned into Defacto, Sparta, The Mars Volta, as well as others.

This is probably my favorite live performance of anything ever on Youtube. Right before ATDI broke up, you can feel the tension;

You can also see the Iggy Pop, Fugazi and MC5 influences clearer than ever. SO GOOD.

I’ve seen that clip a number of times before, and each time am no less mesmerized. They had a power and a fury that has rarely been controlled by nearly any other band in history; 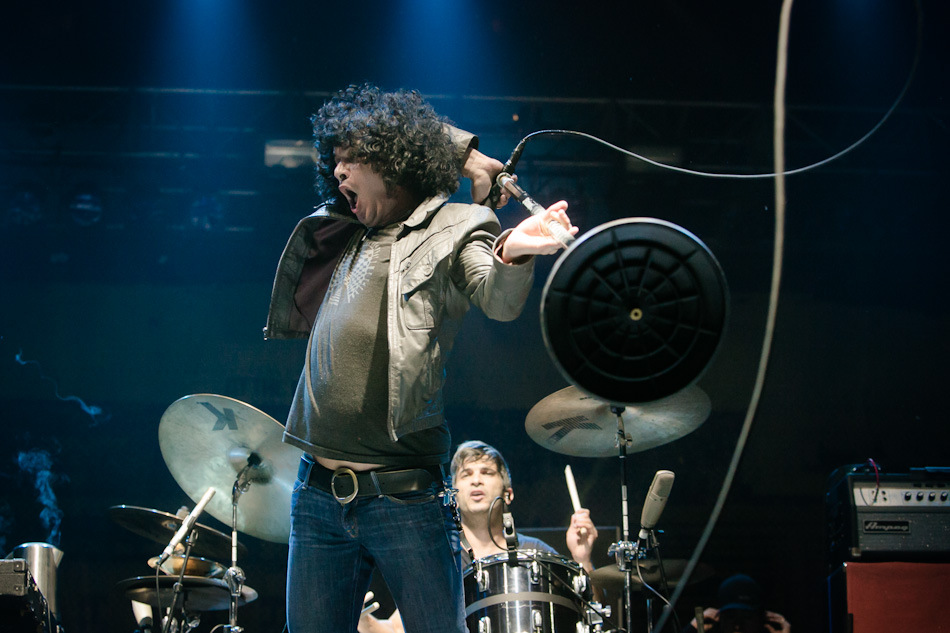 And they were so, so tight.

I only wish there was a phrase that addequitely described just how so.