The end of the month is here again, and with it, the time in which I post a pre-edited version of the ‘Axis Of Stevil’ article I wrote for the now defunct Paved Magazine. Today’s is about an often misunderstood cycling accessory that has long been near and dear to my heart. Because I celebrate our differences in tastes and perspectives, I hope you enjoy it, but if you don’t, as always, that’s ok too. 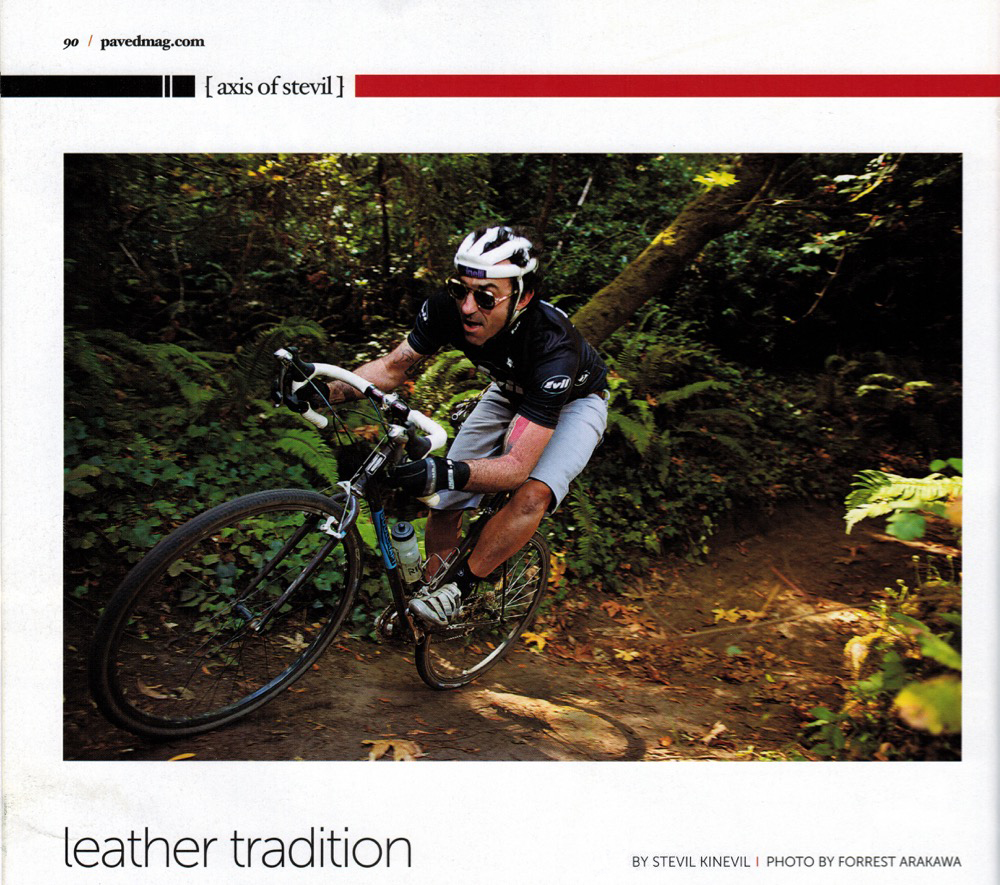 When I was employed as a bike messenger back in the 90s, I worked with a guy named Dave Duncan, or as everyone called him, ‘Fast Dave’. The guy was like The Fonz, but cooler. He was a great messenger, always happy, and a wholly decent human being to boot. As a rookie in the mean streets of San Francisco, I recall the first day we met. He was riding a non-descript mat black road bike, had a tattered bag slung over his shoulder and atop his messy blond mop, a black hairnet helmet.

Even then I was very familiar with the style, and had longed for one of my own for many years, but because this was still pre-snapping your fingers with the internet and obtaining whatever it was you wanted, finding such a thing in America was next to impossible.

To me they represented a period in road racing (and to some degree in mountain biking) that was far punker than any time since. When I was in high school, my dad and I would watch what little Tour Day France footage we could access on ABC’s Wide World Of Sports, and besides being glued to the images of those super humans turning themselves inside out while passing along through such picturesque landscapes, what I loved to an equal degree was that they were wearing what I could only surmise was, in terms of safety equipment, equal to a turban made of paper towels.

And it was another reason why Dave had such a mystique.

A decade and a half has passed since those days, and in that time I’ve amassed a small collection of my own. Why, almost nine years ago Antonio Colombo himself even traded me two in exchange for a painting I did of a little angel wearing skivvies. I still think I got the better end of the deal. Still, I wear mine with pride, even when spectators at local races yell “yeah! Go, old-timey football helmet guy!”, or I get pulled and disqualified for not adhering to the event’s rules.

Those people clearly don’t know about the inspiration for wearing it -Tchmil, Abdoujaparov, and Saronni, or certainly Coppi or Baldini before them. Or maybe they do, and they just don’t care.

While it’s far from the pinnacle of safety, it represents qualities to me that in some strange ways are more important. Like tradition, and a tip of the hat (so to speak) to those who laid the ground work before me. And even still, when I don my Cinelli net, I know that somewhere, Fast Dave is smiling.

3 Responses to “End of the month cop-out part eleven.”