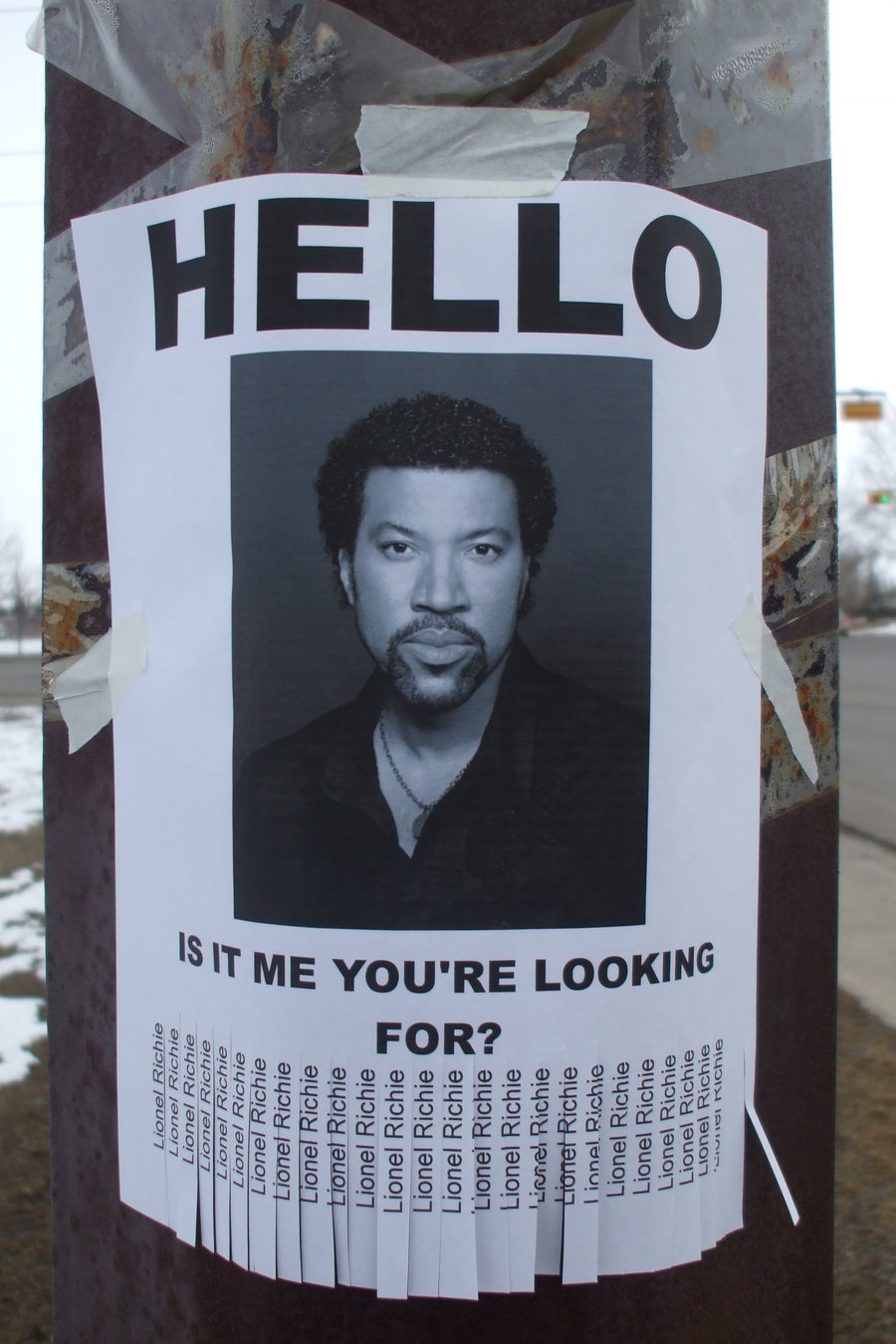 Once again, I will direct you to this post in hopes that all folks will eventually get on the same page and recognize that I never fell off the face of the earth, and am still posting regularly.

I’ve worked hard to build this site into what it is. I don’t want to go down the same road as Tom; Caroline the web maven kindly described to me what was going down.

The short and sweet version is that some users browsers have cached the site and there’s nothing I can do from this end, but most likely there’s some things you can do on yours.

Call your friends and tell them to refresh the site so it starts caching properly, and then alls we gotta do is skip happily into tomorrow.

Alrighty then. We’ve got a bit of stuff on deck for today, so let’s get down to business.

Since I’ve been laid up, I haven’t been terribly mobile. Not being terribly mobile means that I have a slightly more difficult time, say for example getting to any form of public transportation so that I can get away from my hilltop Fortress of Solitude™®. Well, this all changed last Thursday evening when I was able to walk to the bus stop where I just made it in time, but the bus driver closed the door, waved his arm, and drove away.

From there I walked the two miles to the train station, never seeing another bus again.

All in all, it was nice to have some me time, and reflect on all the ways I’d upperdecker that bus driver’s house, if ever given the opportunity.

Anyway, the whole reason I made the journey to begin with was to get to Mission Workshop and listen to The Punk Ass Kid, aka, Cameron Falconer talk about building bike frames, and the paths what led him to that particular vocation.

Once safely in the big city, and with a little bit of time to burn, I stopped by a nearby watering hole for drinks with a friend, and took an artfully arranged shot of the new stickers; 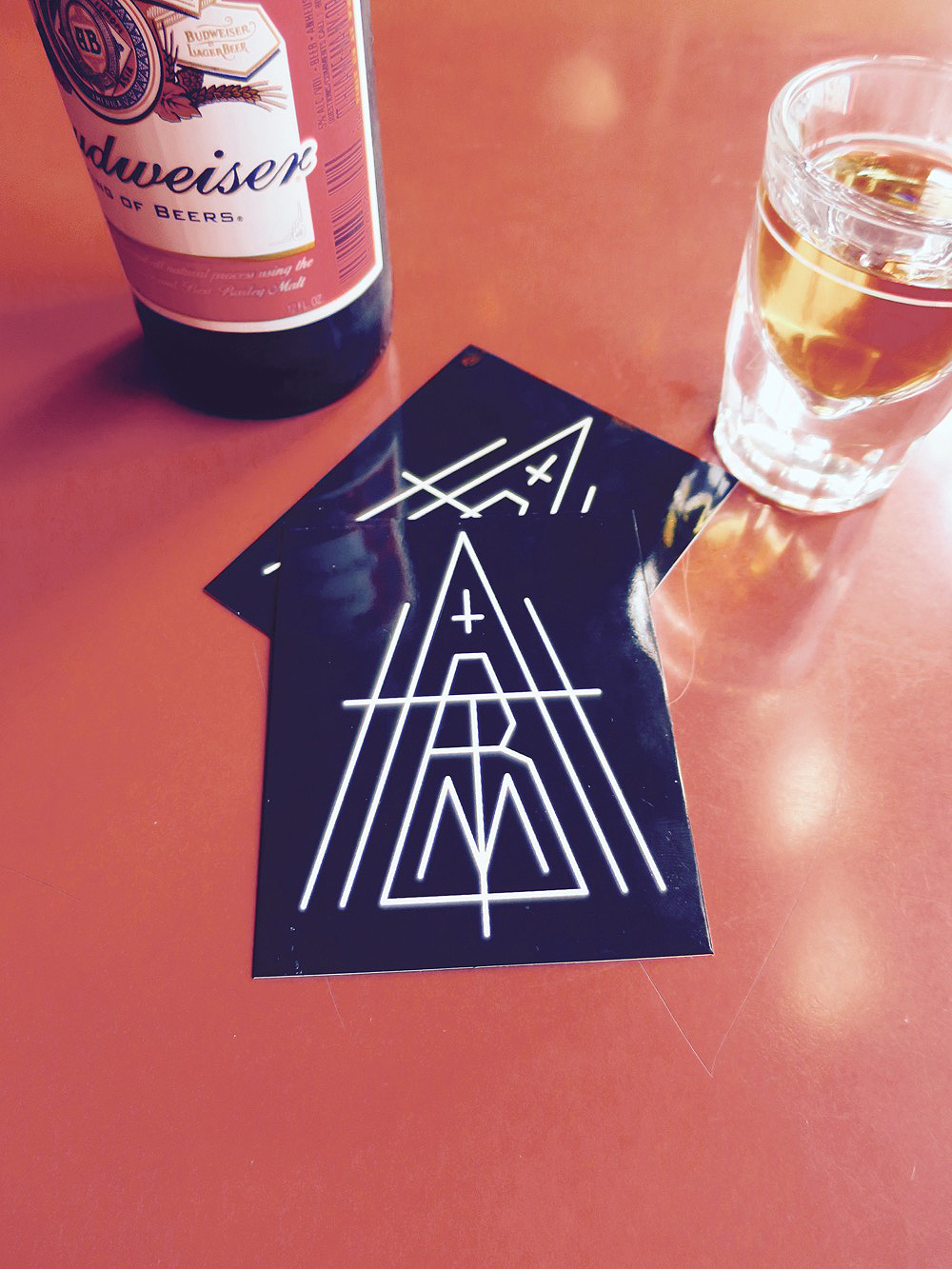 Which by the way, like the Mercado and Mettle stickers before them, were made by sticker makers to the stars, Sticker Robot.

Who, I would be remiss not to mention made contact and mentioned that if anybody would like to get a run of decals made with them should use the code AHTBM10 and they’ll get 10% off their next order.

Back to the story at hand… Time was starting to burn, and I had to skedaddle in order to be witness to a whole lotta good hearted bike nerds coming together to celebrate one of our own, which looked a bit like this; 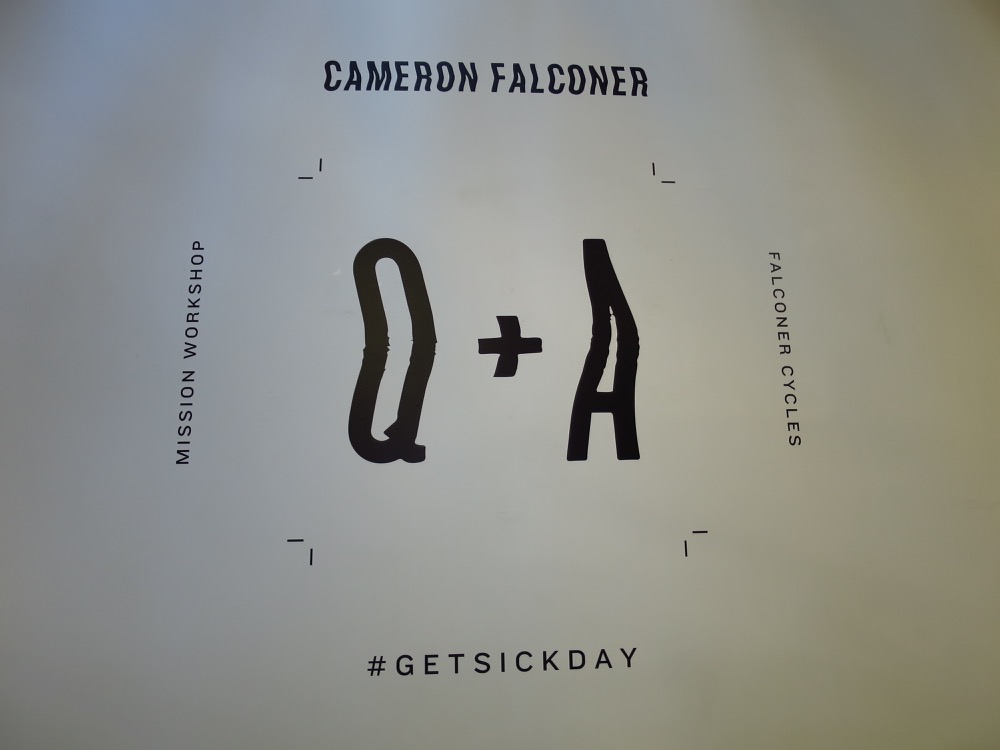 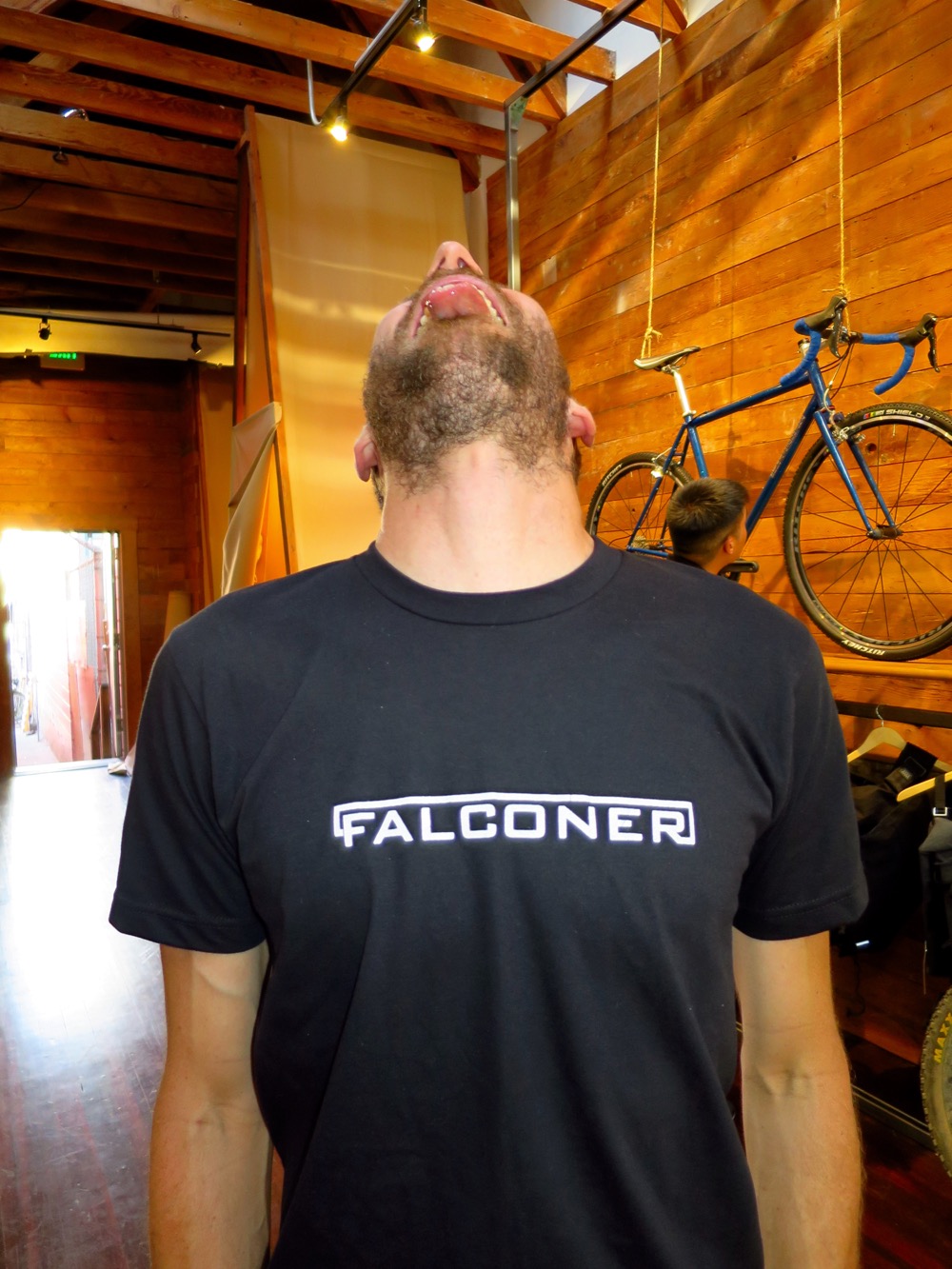 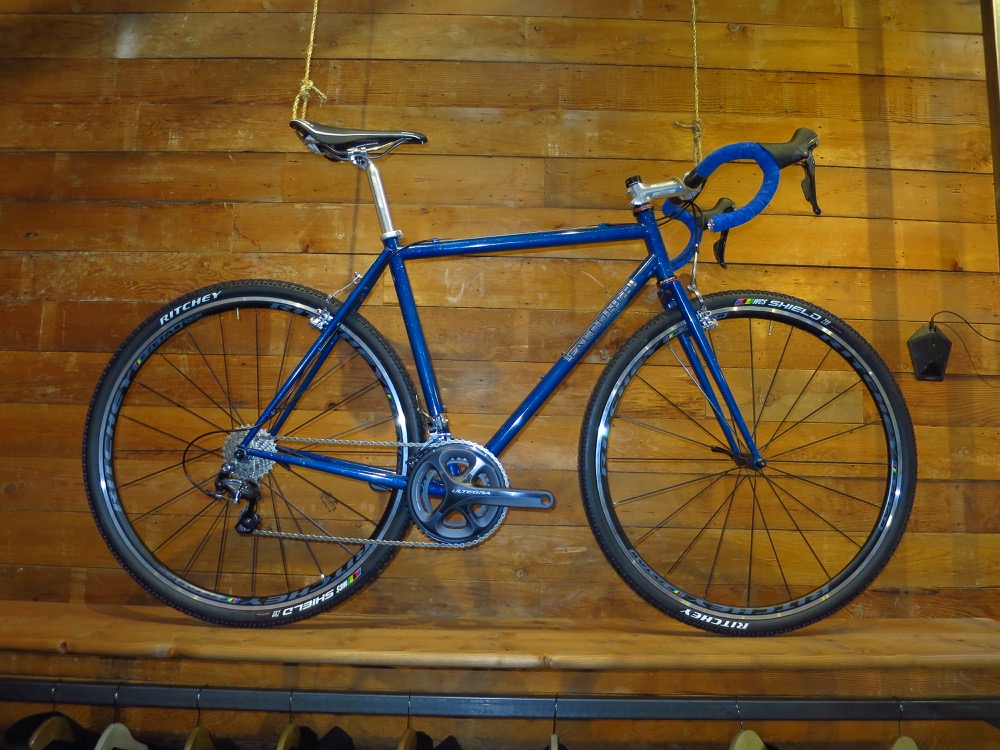 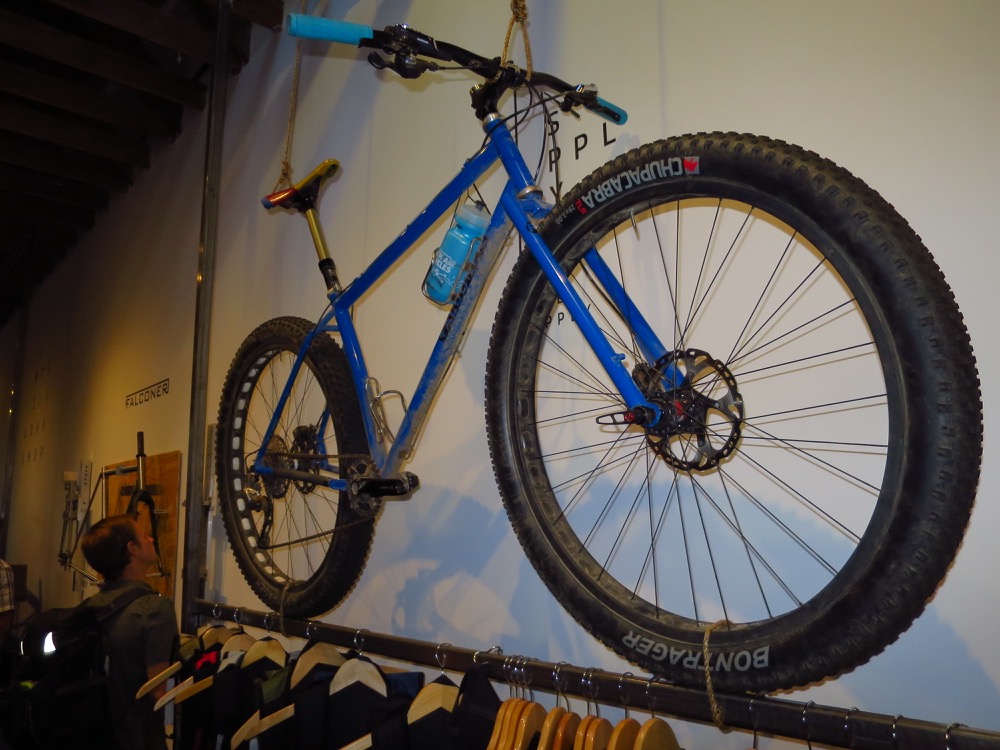 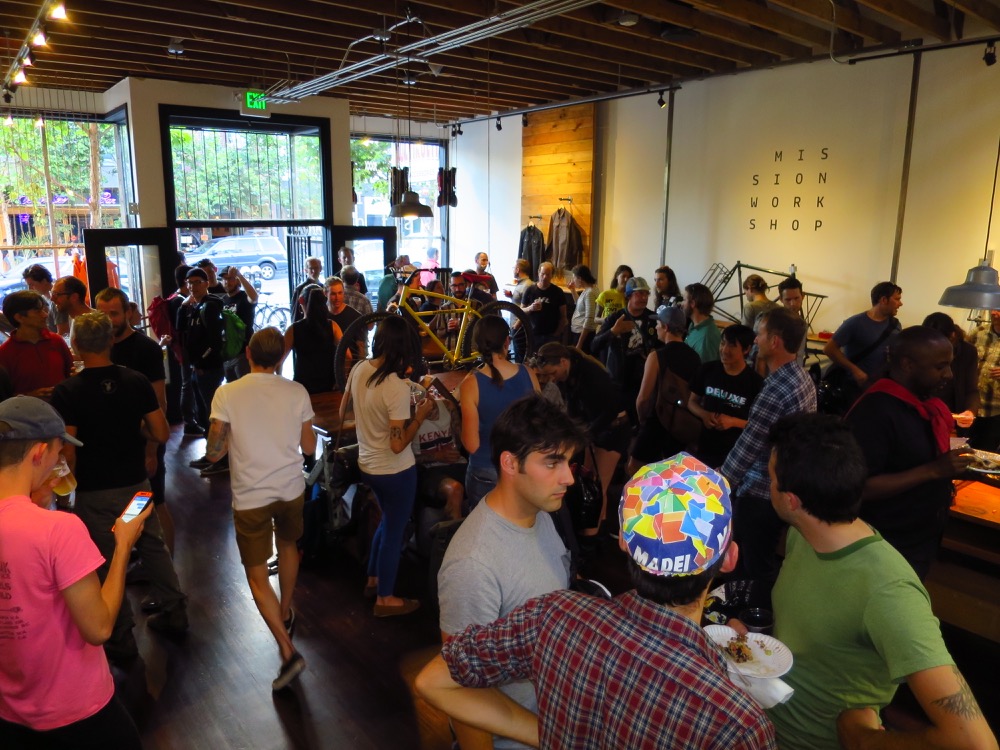 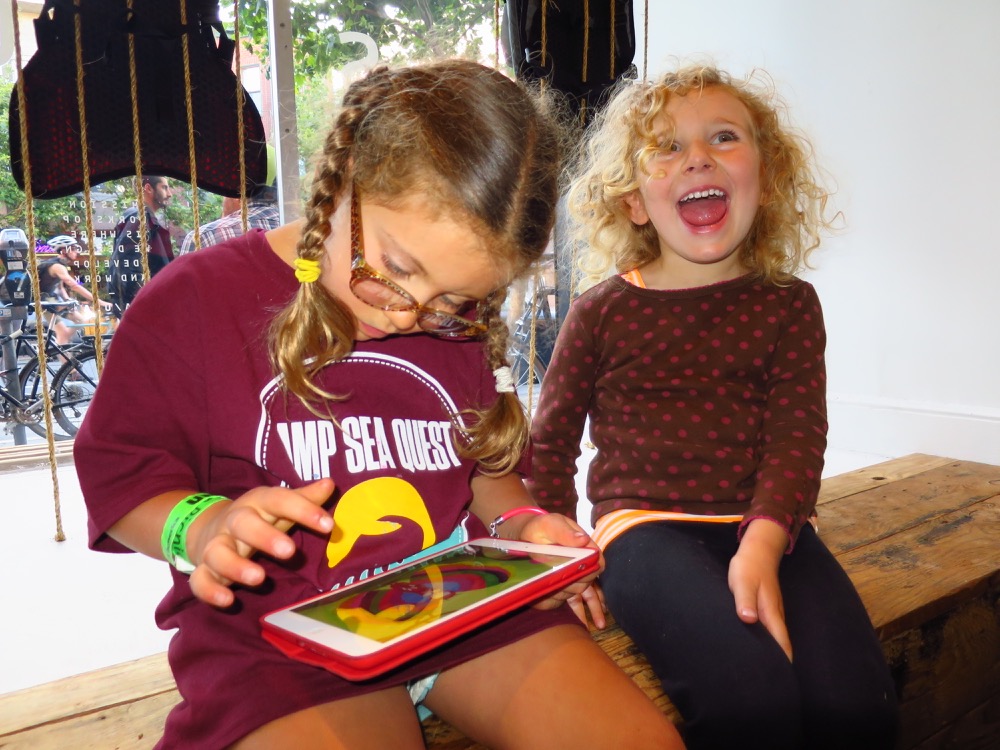 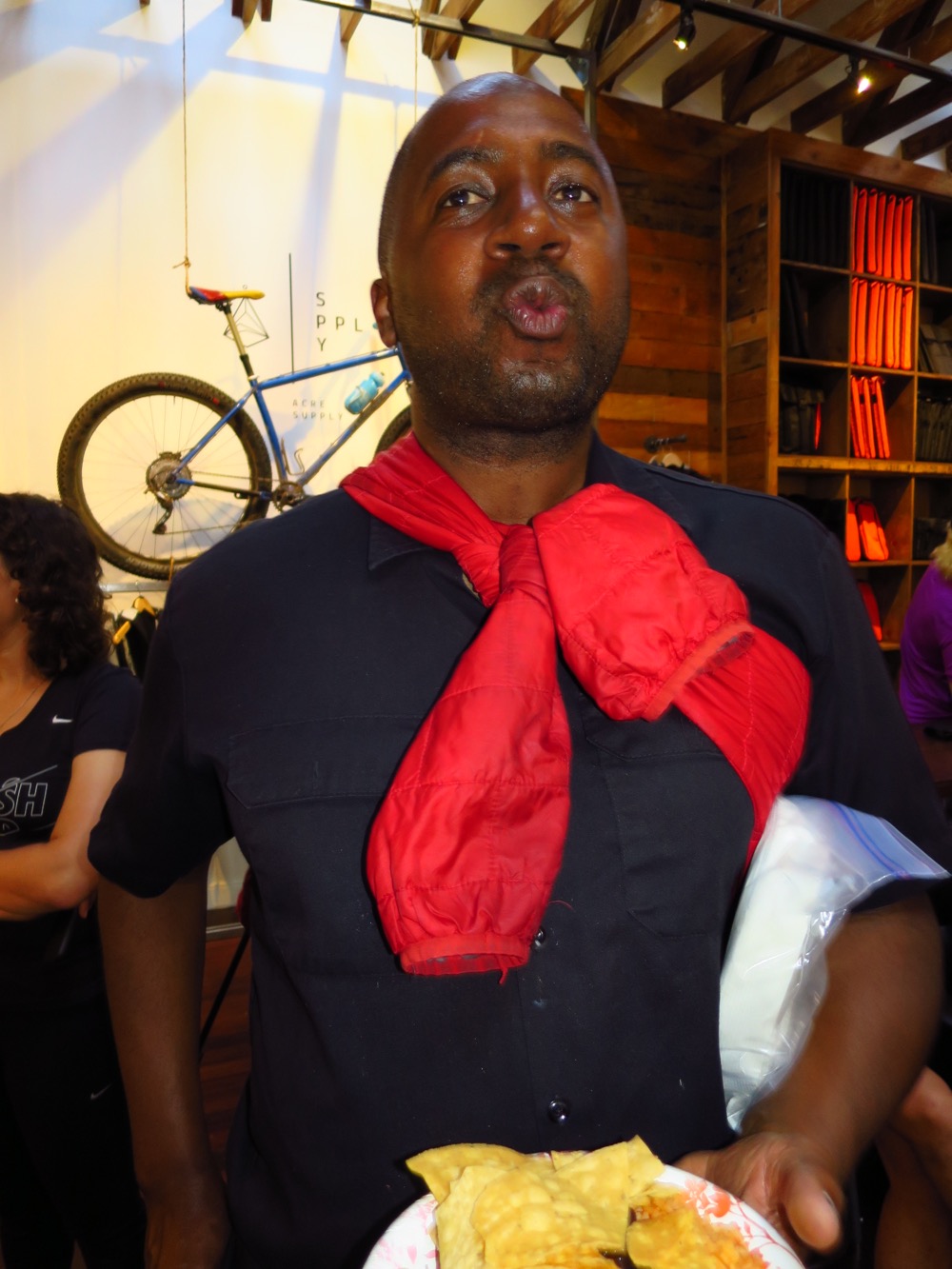 I was very proud of the young fella, as I’ve known him since he was a wee lad of seventeen or eighteen (hence his moniker), and am quite happy to see him flourishing as he is.

If you’d like to get your mitts on some of his fine wares, make the contact through his site or send smoke signals through the Googles.

In other news from around the way, recent ex-Oakland resident, and Philly transplant Dan made with the contact regarding some goings on in his new world;

Since you’re living the bummer life on the sofa, I wanted to invite you and your listeners to the Rocky 13 race here in my hometown of Philly Saturday July 11th. Check the Fakebook page for info.

And here’s the trailer from last year;

Things are setting off the night before at Firth and Wilson Transport in Fishtown with a pre-party party and bike messenger retrospective/courier archive show. Basically bikes and beer and bike stuff that had something to do with beer most likely.

Anyone that has been a courier in Philly can donate to the shrine. We will not sell any of your material and this display will not be up for long. We are looking for anything from races, parties, old courier bags, etc… People can drop stuff off at the shop (1105 Frankford Ave) up and until the day of the show.

So here’s your short notice. And remember, you can sit on a plane, train, bus, or in a cargo bike drinking… so it can’t be that bad.

Since Simon from Firth And Wilson was the one who outed me as the soulless corporate shill that I am, I assume my plugging anything related to his shop will only sully their reputation, so I apologize to them in advance.

And to Dan’s initial observation, for anyone who cares, I’m no longer on the sofa. A week and a half ago my PT told me I could ditch my brace, and has said I should be able to ride a bike with platform pedals in the street like a big kid in another three weeks.

I will probably be riding a bicycle with clipless pedals and stretchy pants by the end of September, which still strikes me as absolutely and completely insane.

One tiny little mountain bike crash in March, and I’m out of the game for at least six months.

I realize it could have been much worse, and I’m thankful that it wasn’t. Just the same, the thing that I’ve been marveling about lately is this is the longest stretch of inactivity I’ve had since I could walk.

My entire life I’ve been riding bikes, and climbing trees, and backpacking, and riding skateboards, and running around like a tweaker. It’s embedded in my genetics and everything I am, and I’ve been literally crawling out of my skin since April.

On the plus side, it’s given me time to reflect on how I was living and that the universe might have just wanted me to take a break and reassess. Was I looking for that break? No, most definitely not, but life understands that sometimes you need to be led to stuff before you know you’re looking for it.