As I sat at my desk in the middle of Monday, Mr. Brown’s declaration played in loops in my head. As far as this is concerned, my internal dialog is generally voiced in that of James Brown, which explains why for the most part, nothing I think makes any sense. It was appropriate at this point because I had women on my mind.

Specifically the women who were depicted upon my computificator tearing legs off all comers in this past weekend’s Mountain Bike World Cup in Lenzerheide, Switzerland; 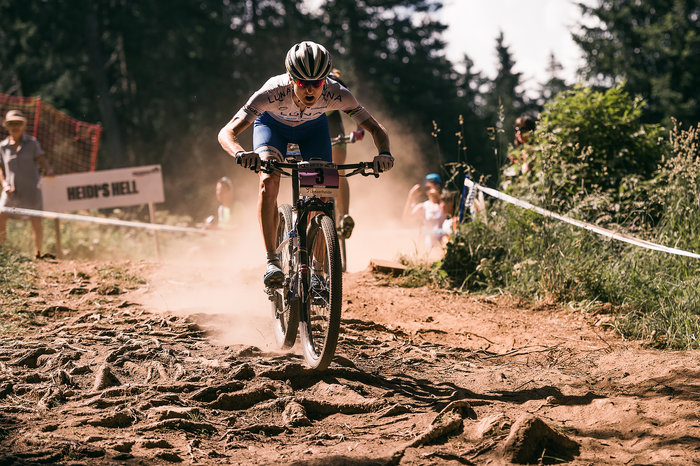 These ladies are absolutely hard as nails, though the hardest of the bunch was Gunn-Rita Dahle, amazingly celebrating her twenty-ninth World Cup win; 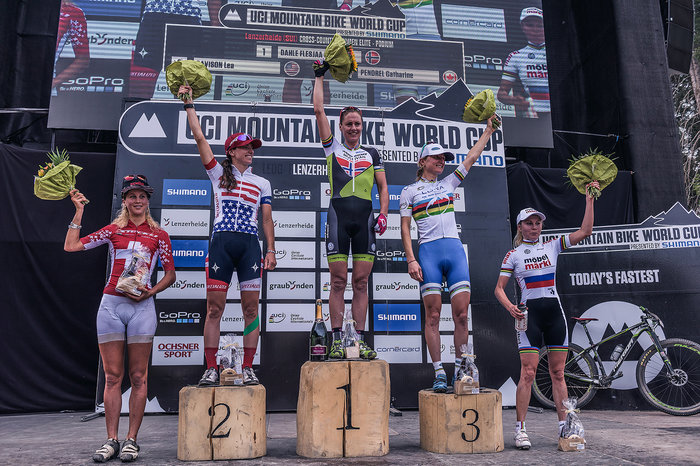 Back when I was working on the World Cup circuit, Gunn-Rita was one of my favorites to watch, and it seems unthinkable that all of these years later, she’s still such a force to be reckoned with; 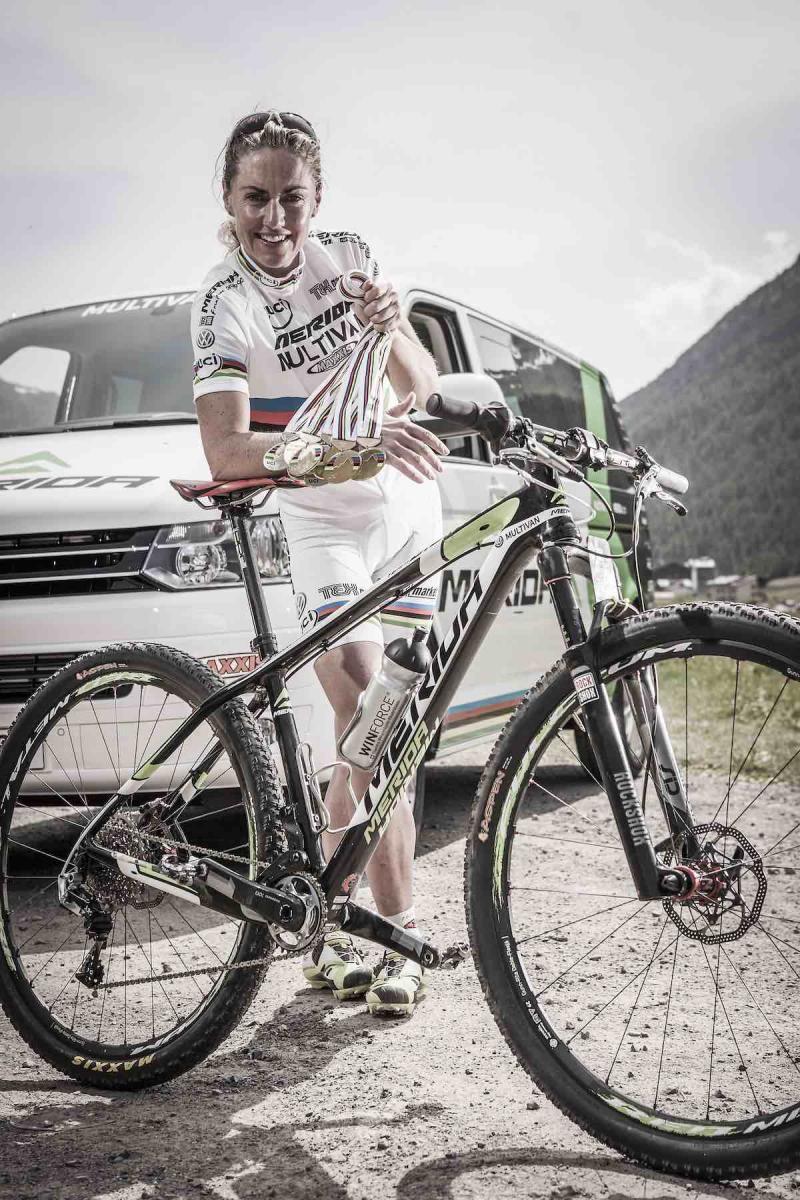 Watching the above linked video of the race reminded me of the seasons I regularly attended the big races, and it filled me with longing to watch another. The excitement of the crowds is infectious, and running around through the woods with a backpack full of beer to repeatedly cheer on my favorites continues to stand as some of my best memories.

Fingers are crossed that one day a World Cup event might return to somewhere near the Bay Area. Certainly if anyone reading these words might ever get the chance to take one in themselves, I highly recommend it.

Then, moving on from those women, to a whole other batch, Brian got ahold of me and clued me in on some goings on in the world of women on bikes, and the support of said individuals by SRAM. With quickness, I contacted company honch Elayna Caldwell to elaborate, who then did so thusly;

We recently had an event that was the first ever Women’s SRAM Technical University. Normally STU is for retailers/bike shop mechanics, but Sara Jarrell created this event for the women product managers in the industry because well, typically they don’t receive as much attention as their male counterparts.

We invited all of the product managers in North America. We had 11 of them from Trek, Specialized, LIV, Juliana, Kona, GT and Cannondale. We invited some of our SRAMbassadors as well, Leigh Donovan, Lindsey Voreis, Katie Holden, Rebecca Rush, Nicole Duke and Tammy Donohugh.

Sara led educational/classroom sessions in the morning and then we rode in the afternoon; 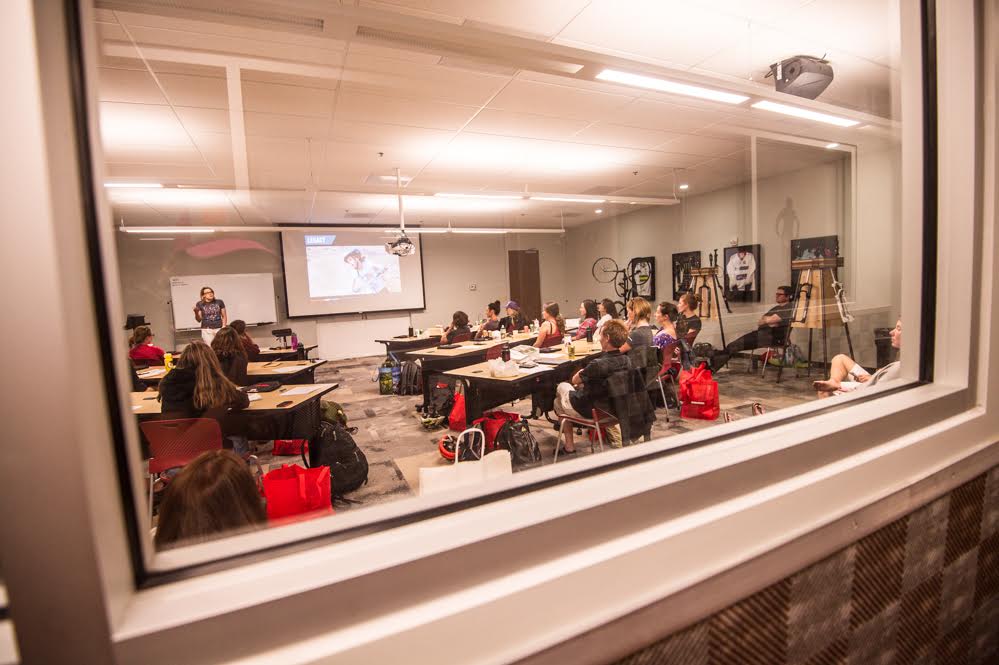 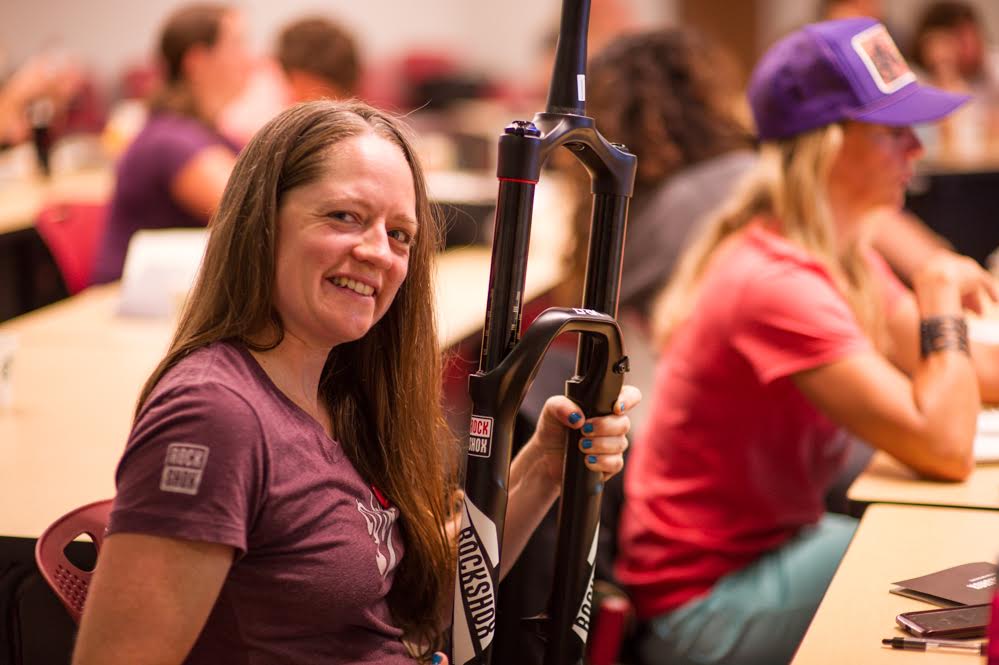 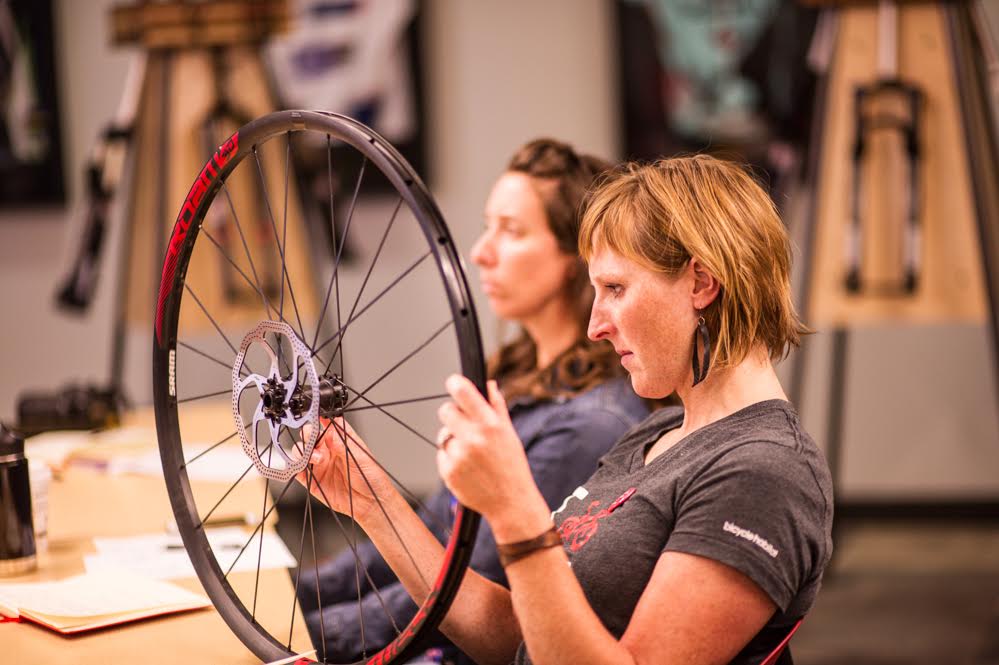 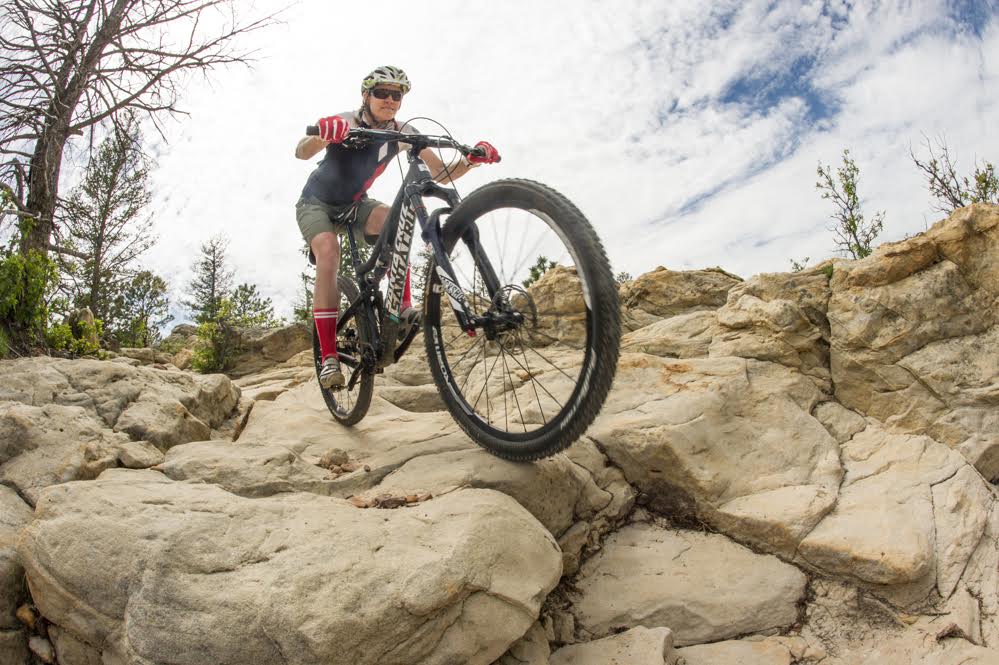 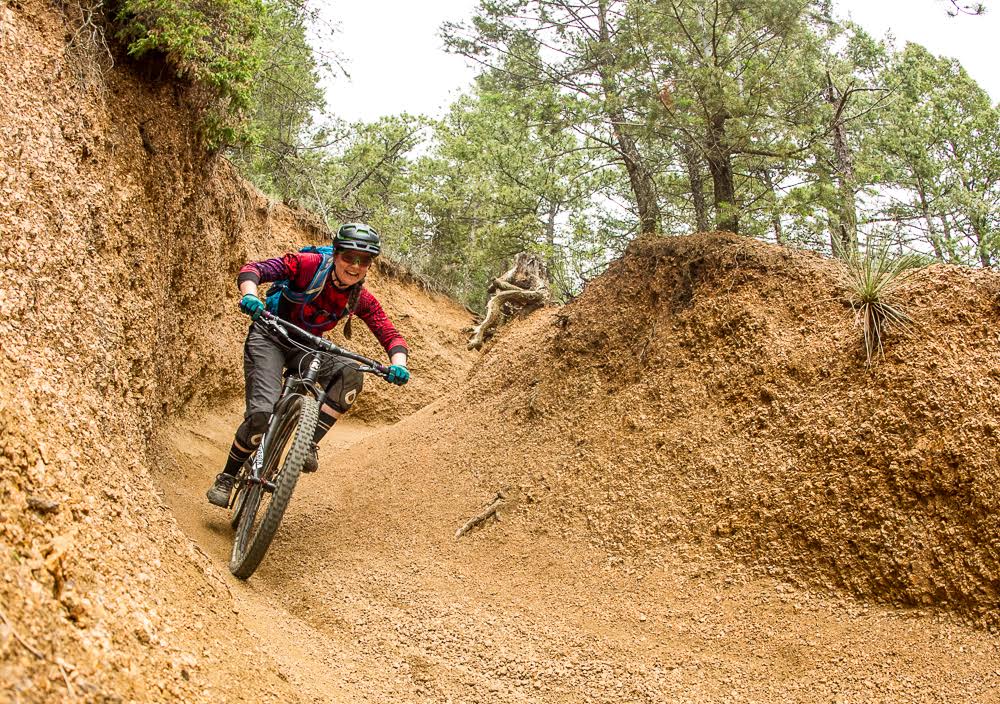 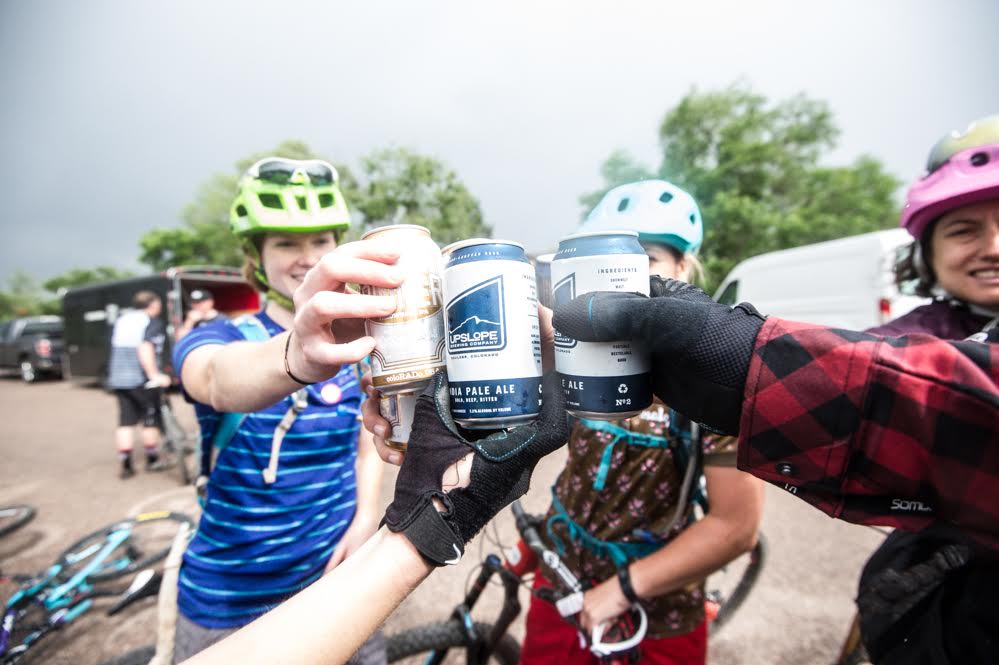 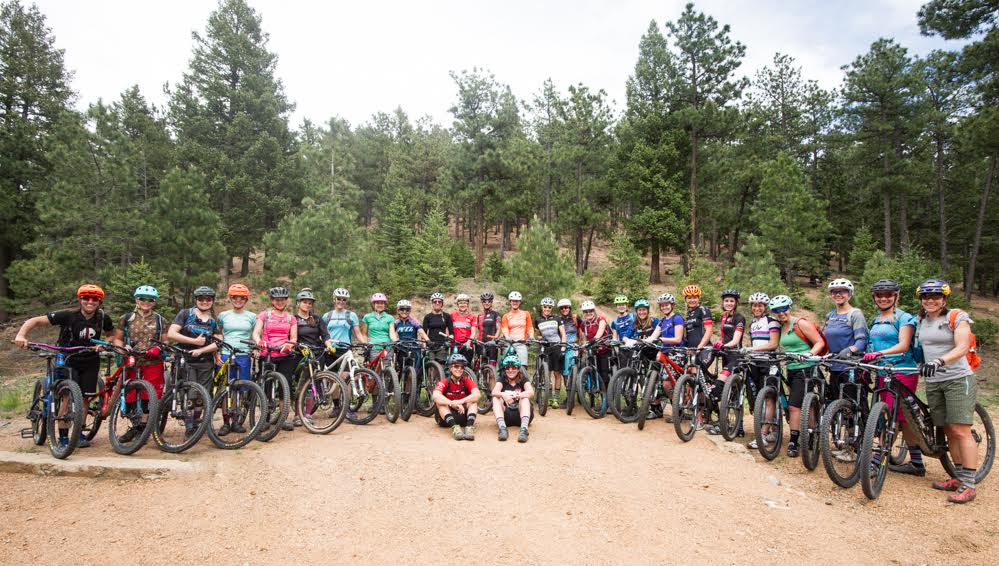 All photos by Anne Keller.

The pm’s shipped their bikes to us and we put on fresh SRAM and RockShox products for them to testride.

Yeah yeah… I can hear the cries of “but Stevil- I thought your whole mission in life was to keep women out of cycling“, but I abandoned that fight long ago.

Clearly I had no idea what I was up against.

Finally, in a bit of business related news, Mike from Maximo Supremo residents Banjo Brothers got in touch with an email from a musician named Ben Weaver regarding a super cool project they have cooking together;

For 13 years I followed the time-honored model for touring musicians, which meant lots of windshield time and too many shows played to 10 drunks on a Tuesday night in one less than desirable bar after another around the ample waistline of these lower 48 states.

It made me miserable. I have been most comfortable walking the line closer to
the side of risk and unknown, so I jumped off the record label gig and broke out on my own. I wanted to feel the same freedom and independence I felt on my bicycle in my work as a musician and I wanted to give something back to my sources of inspiration — the wilderness, of land, spirit and person. I wanted to trade shows in bars for shows on farms, in bike shops and schools.

I kicked off this new plan with a bike trip from Minneapolis to New Orleans, I
called “It’s All The River” and your readers can learn more about that trip here.

I am back for round two.

Salsa Cycles, Mike “Kid” Riemer” recently dubbed me a “cycle touring troubadour,” for a show I did in conjunction with the Dirty Kanza. On July 8th I’ll leave my house in St. Paul and ride around Lake Superior (1300 miles in 16 days) on behalf of the Great Lakes Commons, an organization committed to protecting our freshwater. It’s a bike tour I’ve named, “Surrounding Water” and it’s grounded in a stewardship mission; 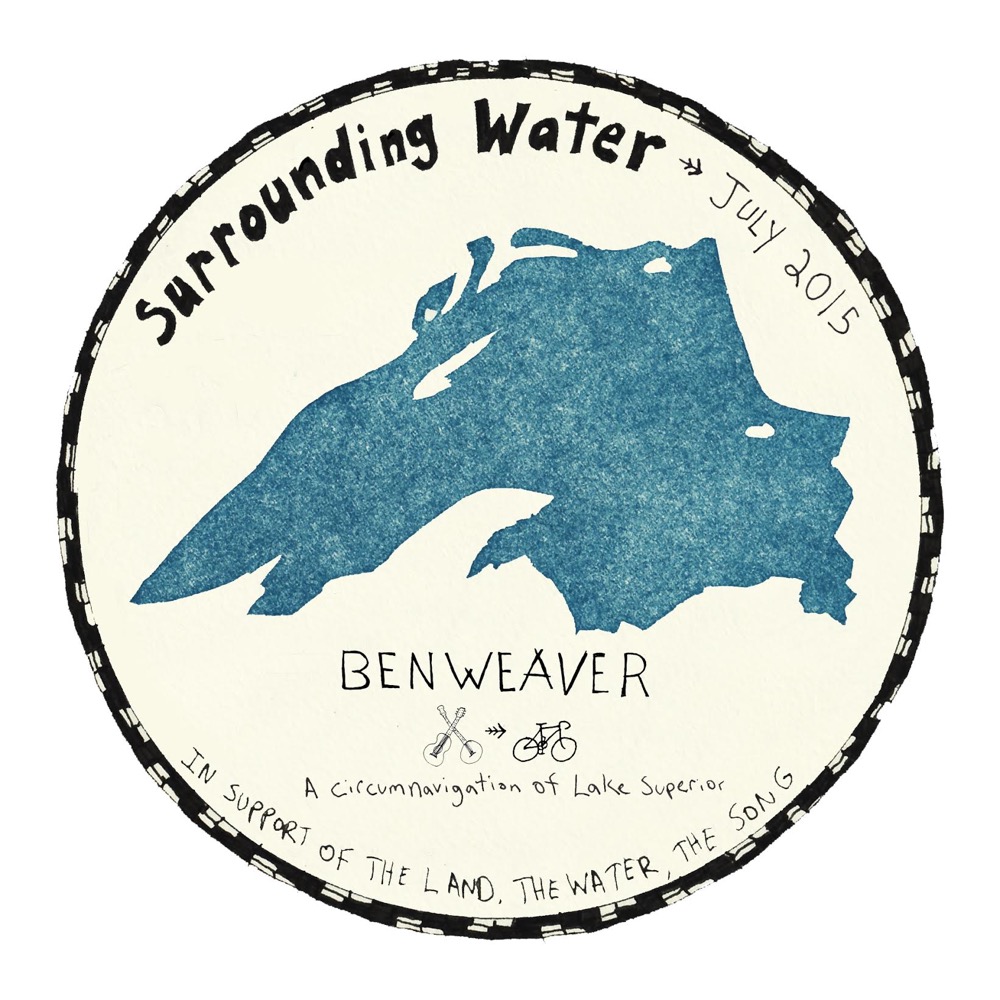 I have 13 shows in two countries in bike shops, libraries, and in state and provincial parks; 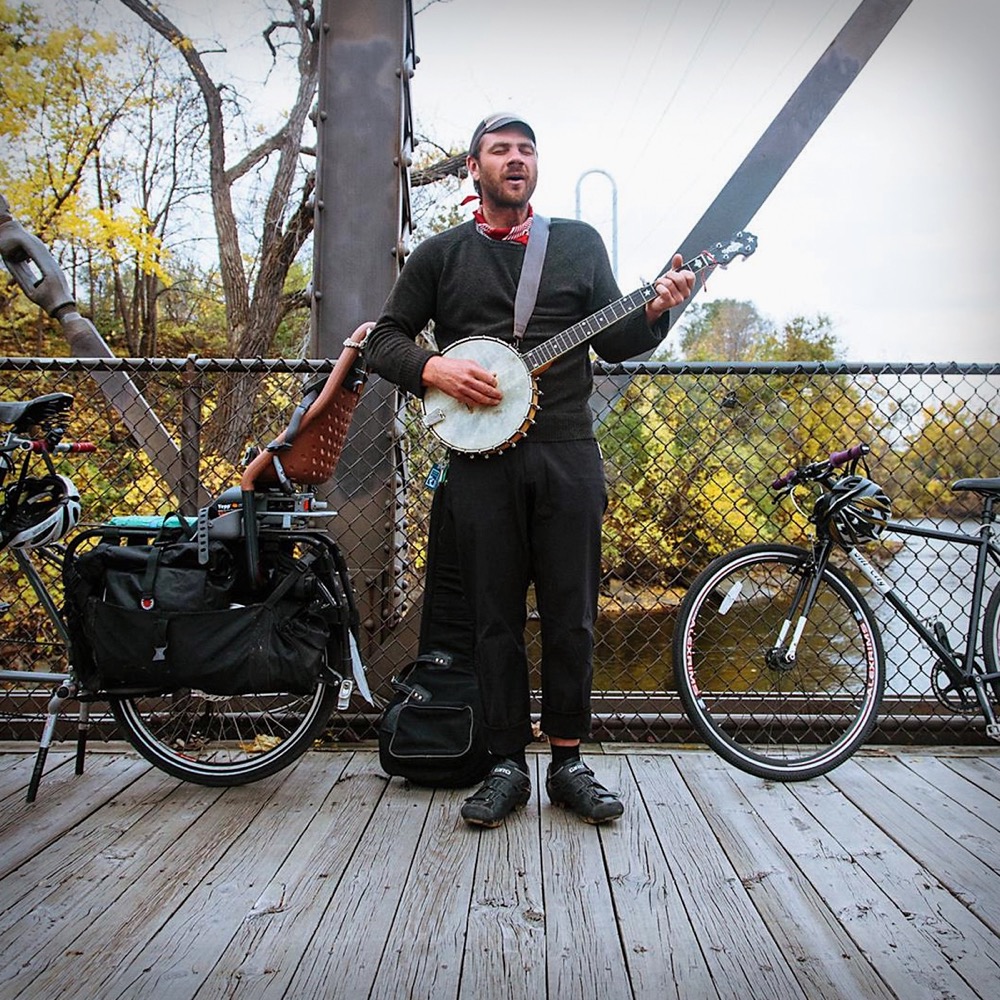 I bet a lot of your readers feel the same way I do about bucking the system and stubbornly trying to accomplish things on their own terms. So, if you wouldn’t mind pushing this out there for them, I would appreciate it.

Here’s a short video my brother Greg (A pretty rad video guy forMammoth Mountain in his own right) helped me with to kick off the trip;

Clearly Mr. Brown’s original declaration should be amended for today’s post and we’ll simply declare that it’s both a women’s and Ben’s world, and from my perspective, I’m perfectly happy with that.