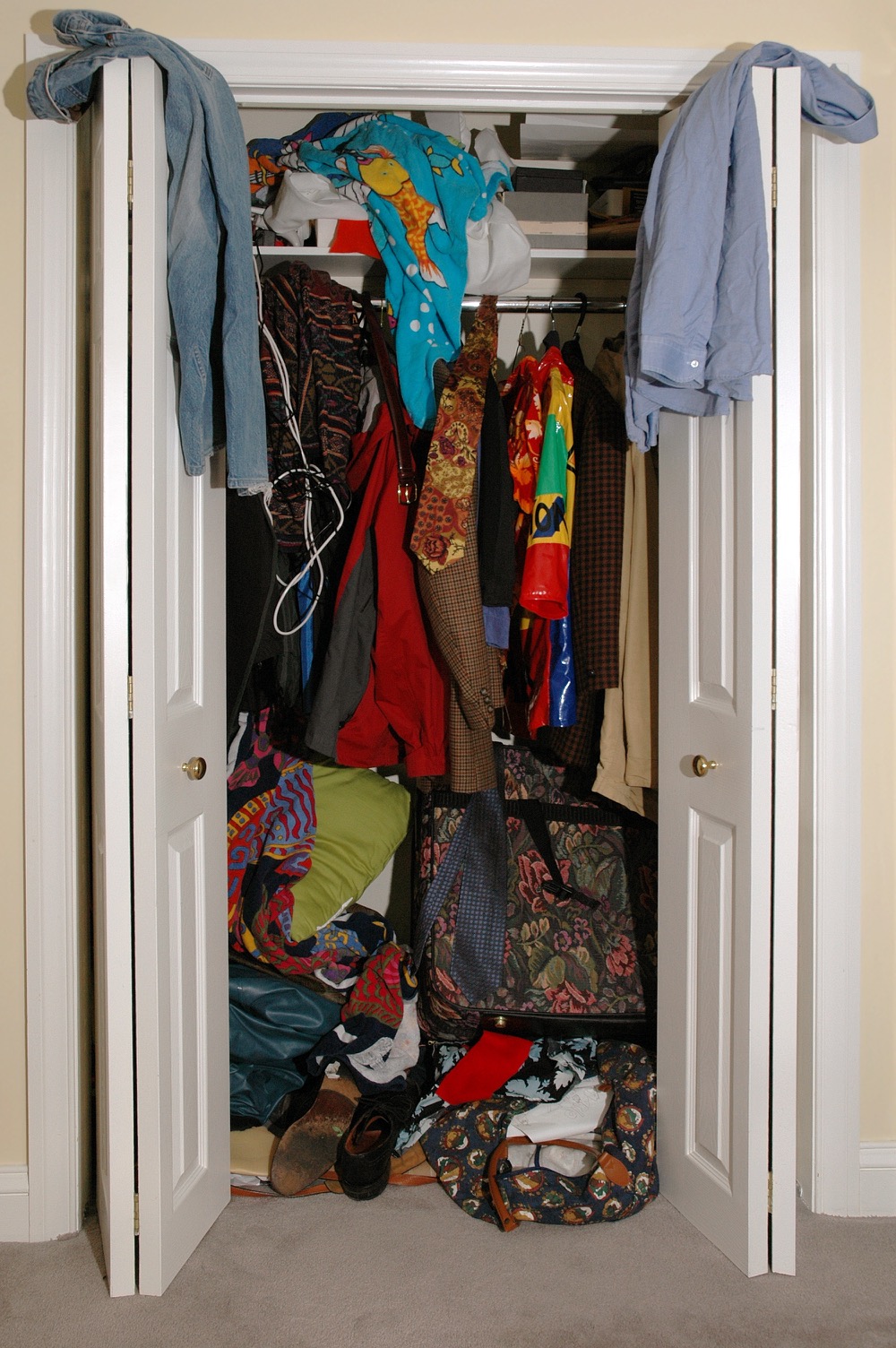 Having fully addressed my most recent adventure with Kona Bikes, I’m back to business as usual, and while we’re on the topic of being full of crap, my first point of today’s post is regarding Shinola’s $285.00 bike lock; 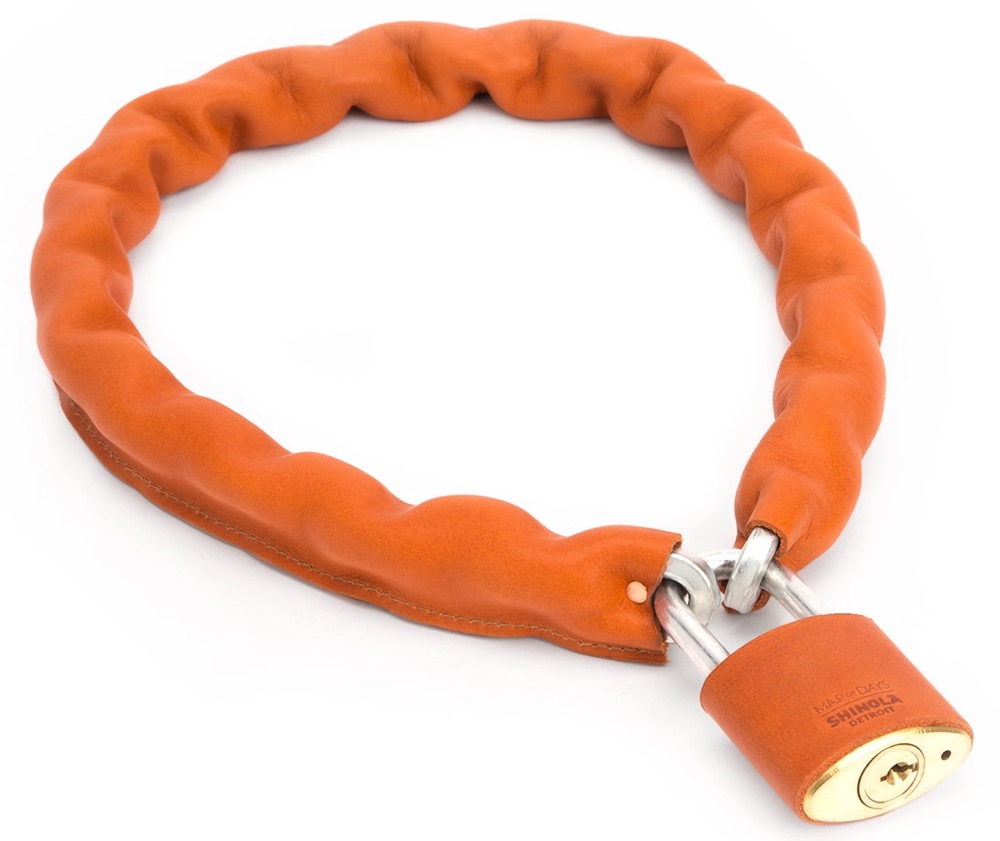 That’s right- Now you too can have a lock fitting of your status as you ride your Gucci brand bicycle alongside your two pure bred Tibetan mastiffs two blocks to partake in your favorite edible gold covered snack.

I need a shower.

And I swear to God, the first person who says “well, if that’s what it takes to get more people on bikes“, gets punched in the throat.

Moving on from that which makes my stomach hurt, to that which does not, Chip made with the contact regarding upcoming goings on in the land of New England, and all things cyclocrossable;

Quick news flash from the east coast. Cyclo Cross or Cycle-cross season is quickly approaching. I forget how the kids spell it these days. Regardless we will be taking beer hand ups and heckling each other in dirt parks around New England in a few short weeks. This will be the 5th year of the Zanconato SSCX series. It is a rag tag group of misfits who want to keep SSCX fun. Basically we want to keep this (the picture below) a part of CX. Pictured below is of course my good friend and heavy metal god of Thunder Matt Lolli getting CXy at Ice Weasels a few years back. He is what keeps me sane throughout cyclocross season; 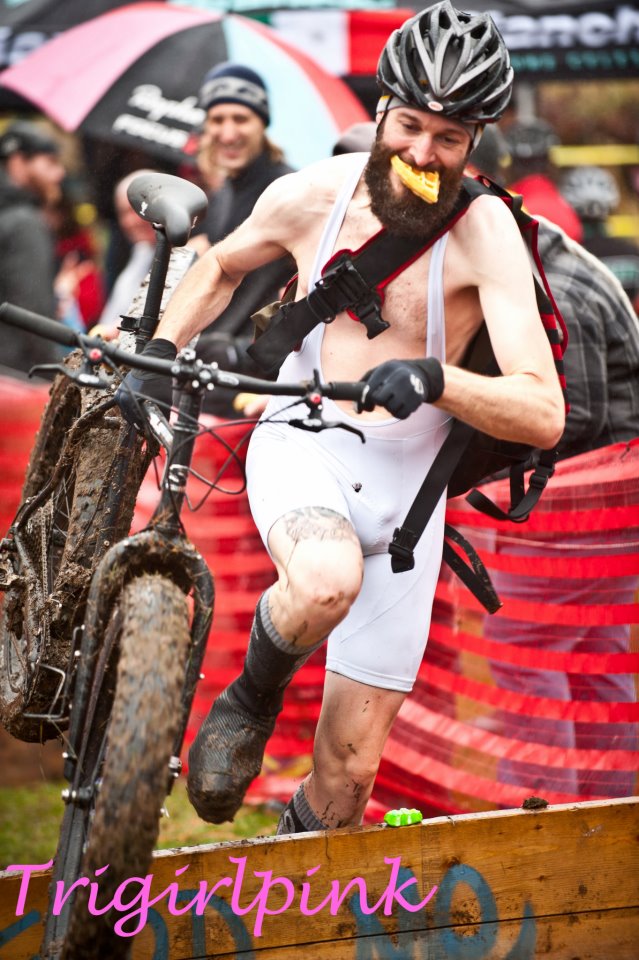 The biggest news we have to announce this year is that our good friend and ex-pat #NECXer Pete Smith of Mad Alchemy will be presenting sponsor of the series.

Pete Smith if you don’t know him and his family are 100% New Englanders. They launched Mad Alchemy from their kitchen. Pete and his wife Janet were such a huge part in creating what we know call the #NECX. In Pete’s words, “The #NECX is where we cut our teeth, racing week in and week out and slinging product out of the trunk of the car. We owe a great deal of our business success to the amazing scene and the people involved in it. New England is home to us, regardless of our physical address and we’re excited to support the New England cyclocross scene and growing SSCX scene there.”

Chip then went on to write a whole bunch of other words, because as he’s indicated, he’s really really, like, really excited for this season to kick off, but for the sake of space, I’ll just present you an image of Mark riding in what appears to be a picnic area; 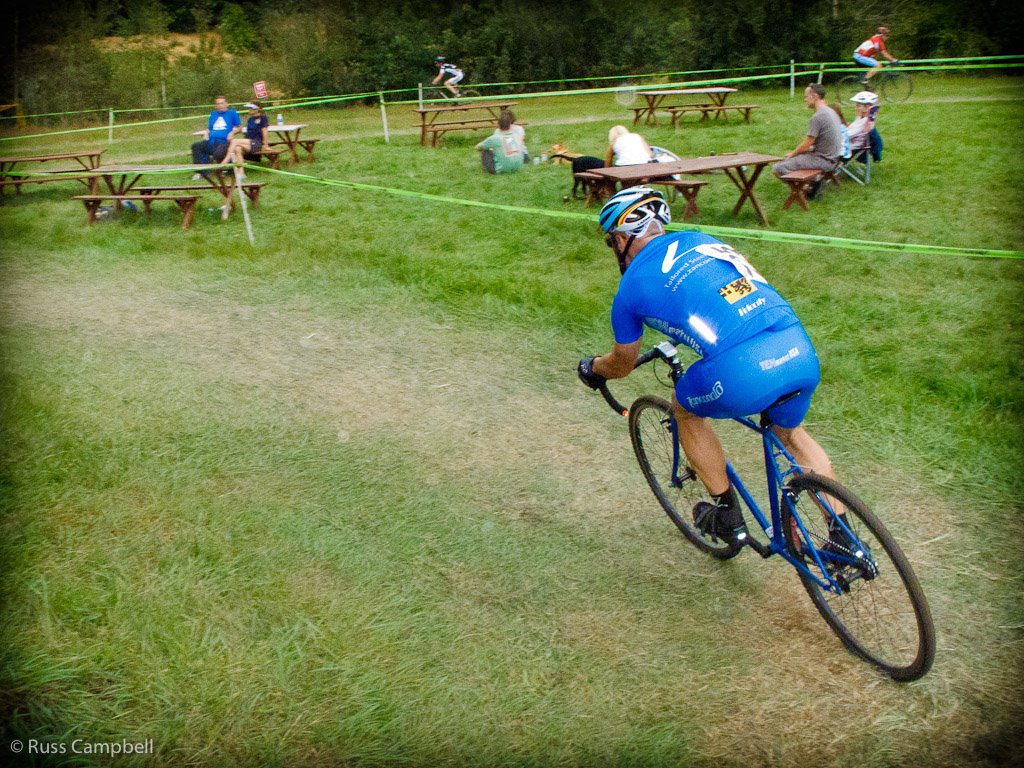 And finally, for the first time anywhere, aside from other places it’s appeared, the 2015 Zank SSCX Series Presented by Mad Alchemy; 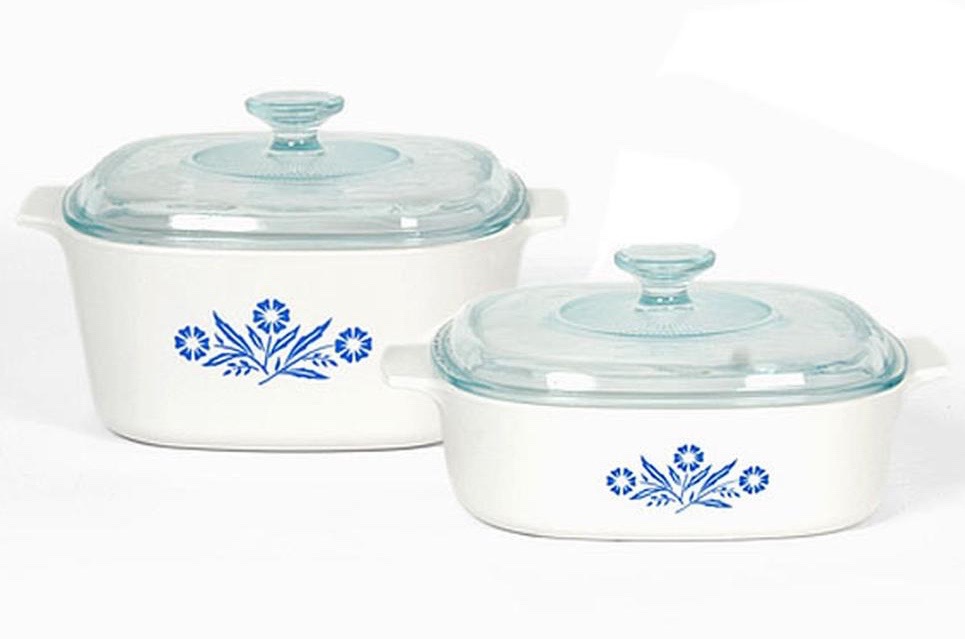 Not relating to that, but rather to my own mini-empire, I will continue to rattle everyone’s cages as I can regarding the Who Rides The Tiger record I just released; 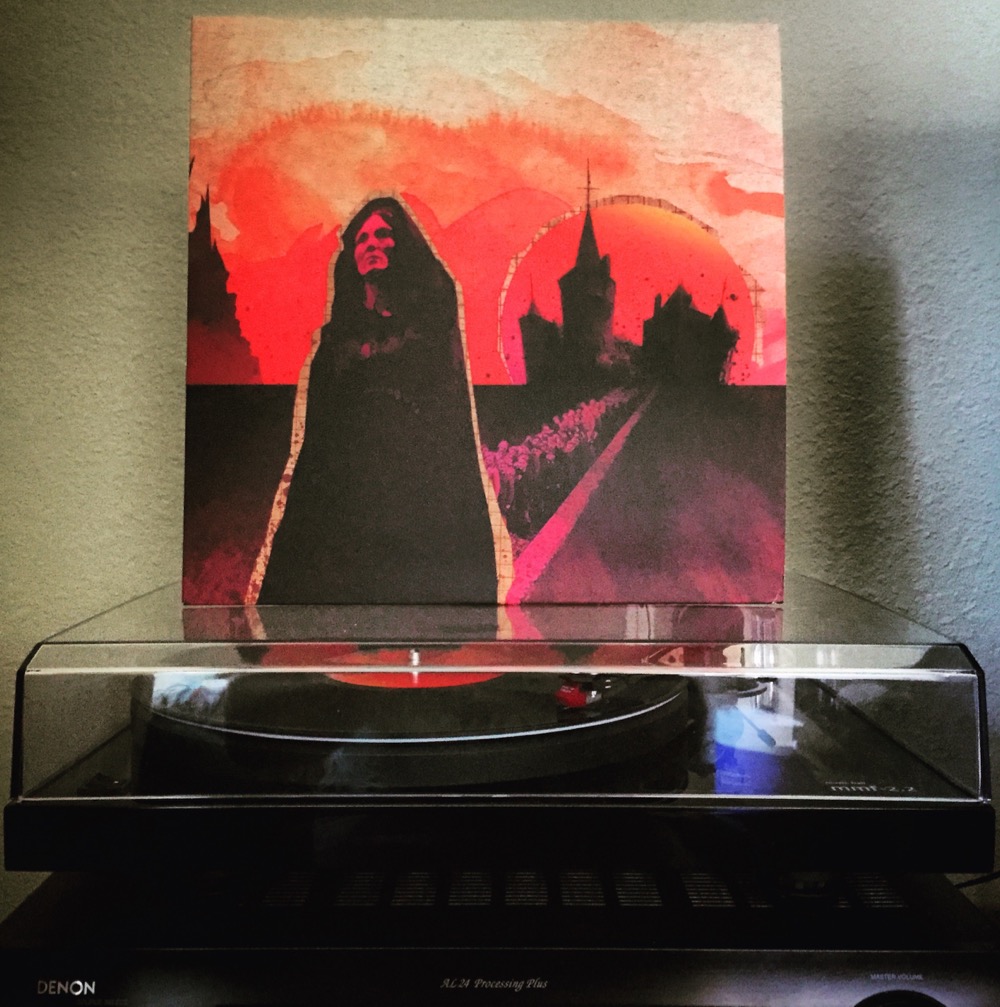 I have to, if for no other reason than because I have a substantial amount of both time and money invested in the project, and also because the boxes of records are taking up approximately a third of my tiny office and I would like to get them sold.

I suppose there are worse things to take up office space, like for example a hobo encampment or something. Anyway, as I’ve said in other corners of the internet, this release is very limited in its production, so if this is a thing you would like for yourself, I suggest you get on it sooner than later, because once they are gone, they’ll be gone forever.

I’m in the process of getting a few into shops here and here as well as into the hands of independent distributors, but until that occurs, here is the only place you can get them.

Of course that is with the exception for those in the southland who might perchance have an interest in seeing my boys play in one week’s time at Riverside, California’s MTL; 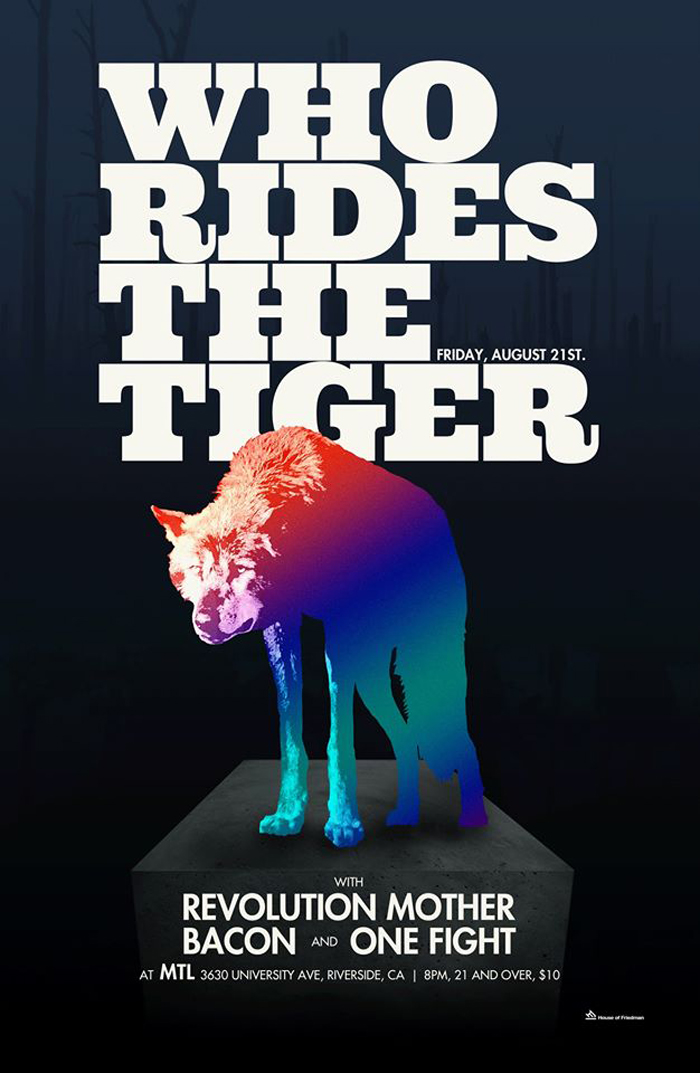 Included in each of the albums is a download code for a digital version (that includes the additional track ‘Bandini Mountain’, and can be redeemed on the Who Rides The Tiger website, which itself was a feat of indescribable magnitude.

So get cracking, vinyl nerds.

Or don’t. It’s totally up to you, but don’t come crying to me when they’re gone.

Another item I have just a few remaining of in the store is the BARRIER KULT book we had the west coast reception for a few weeks ago; 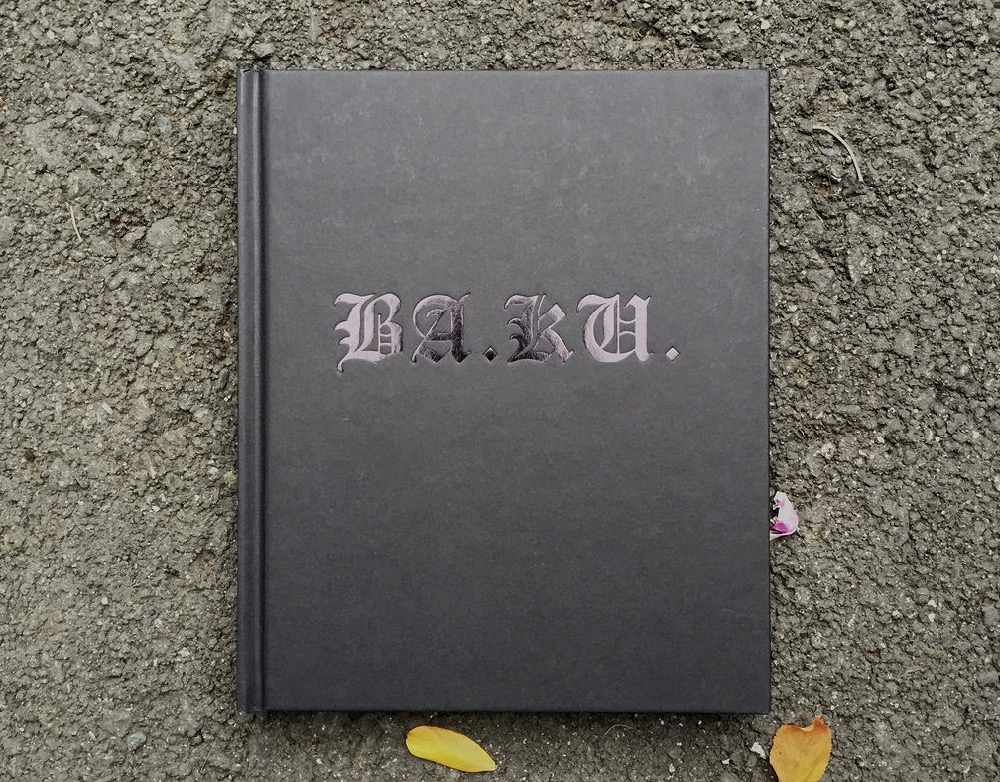 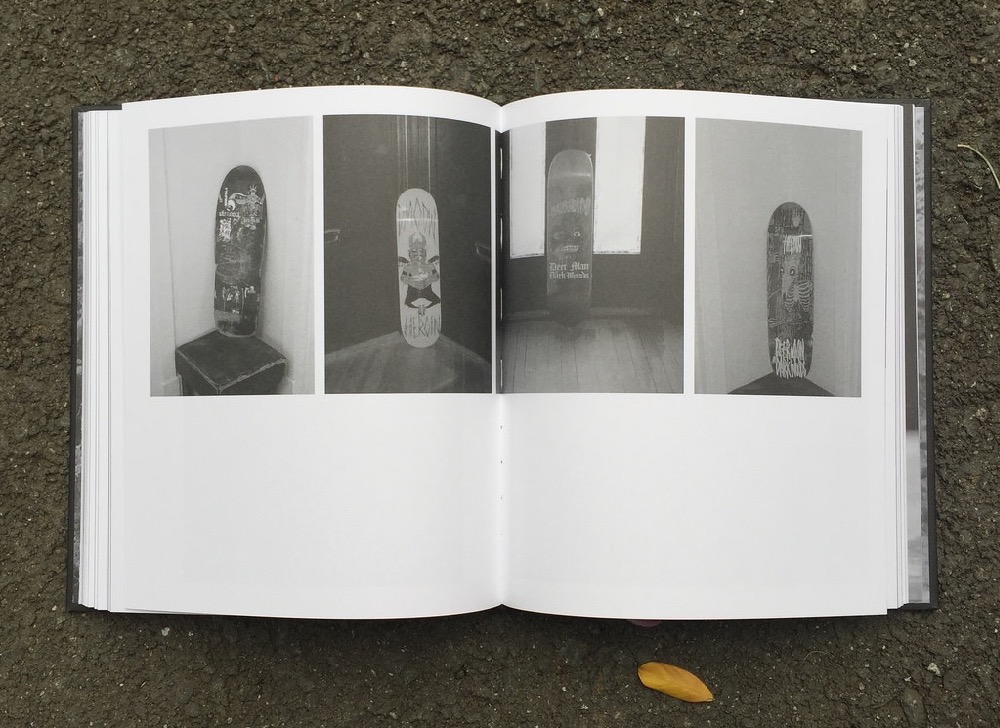 I have just five of these left, and would like to get those out to interested parties as well, quick before I accidentally spill a milkshake on them or something.

Producing and promoting items like these two things which I find to be of such worth is an important directive to me, because it least from my perspective, they make the world a happier place. As far as I can tell from those who have ordered, and ultimately given them happy homes within their own domains seem to agree.

Besides clearing space, after a recent trip to the vet for his annual check up, word just (like, a couple of minutes ago) came down that I have to take my beloved little cat in for an echocardiogram; 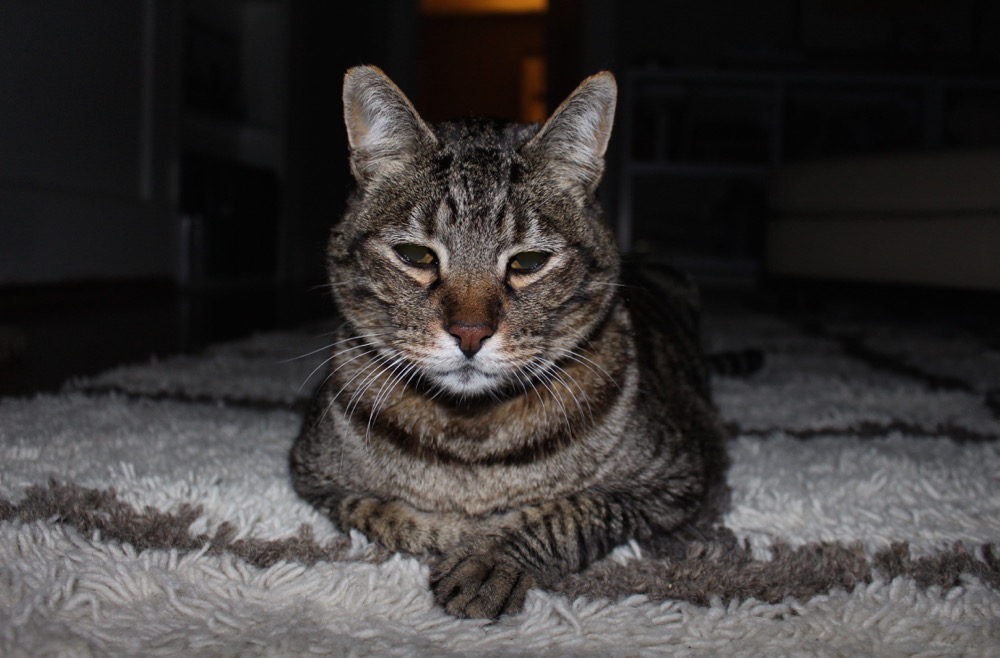 As I’m sure you might guess, such a procedure for an animal costs just about more than they do for people. I hate to throw myself on anyone’s mercy, but if I could sell some product, that sure would help us both out a great deal.

Anyway, I stake my reputation on the quality of the goods that I’m pushing, and you can without pause, trust me on this.

Otherwise, I would say you’d be right in your assertion that I myself am jam packed full of crap.