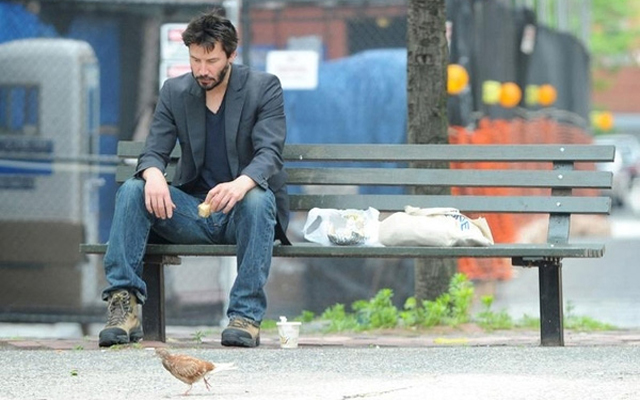 Welcome back to the conclusion of Kona Bikecycles’ 2016 product launch report.

When last we were together I believe I’d just rested my head for a fitful few hours sleep, and we were all waking up facing a second day of demoing bikes. Had I been able to ride, I would have been engaging in all manner of this, or maybe this, or even this, but alas, since I’m still benched with a post-surgery knee, it once again looked mostly like this; 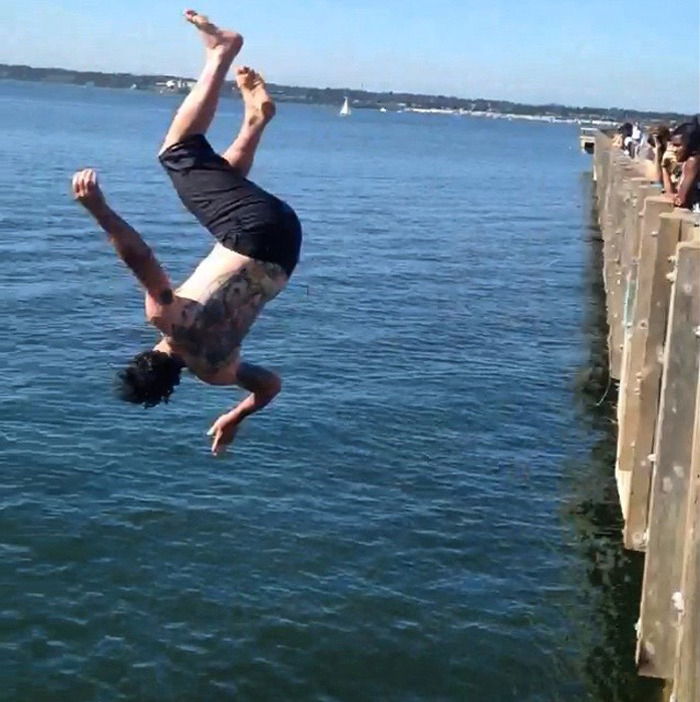 Knowing my compatriots were all out and about shucking and jiving, I had to make due with hucking and diving, which didn’t suck. Even still, my heart ached with visions of fern lined singletrack and playing in the woods with friends.

This is the hand that’s been dealt to me however, so I sucked it up and found fun where I could. Eventually I returned to my room to await my fellow launch attendees, when we would once again meet up and get trucked to a farewell dinner overlooking the harbor and for the hearty among us, a late night bar crawl back to our accommodations.

As the sun set, and the last scrap of food was ingested, we strapped on our walking shoes and made our way to bar after bar after bar, finding bits of hijinx along the way; 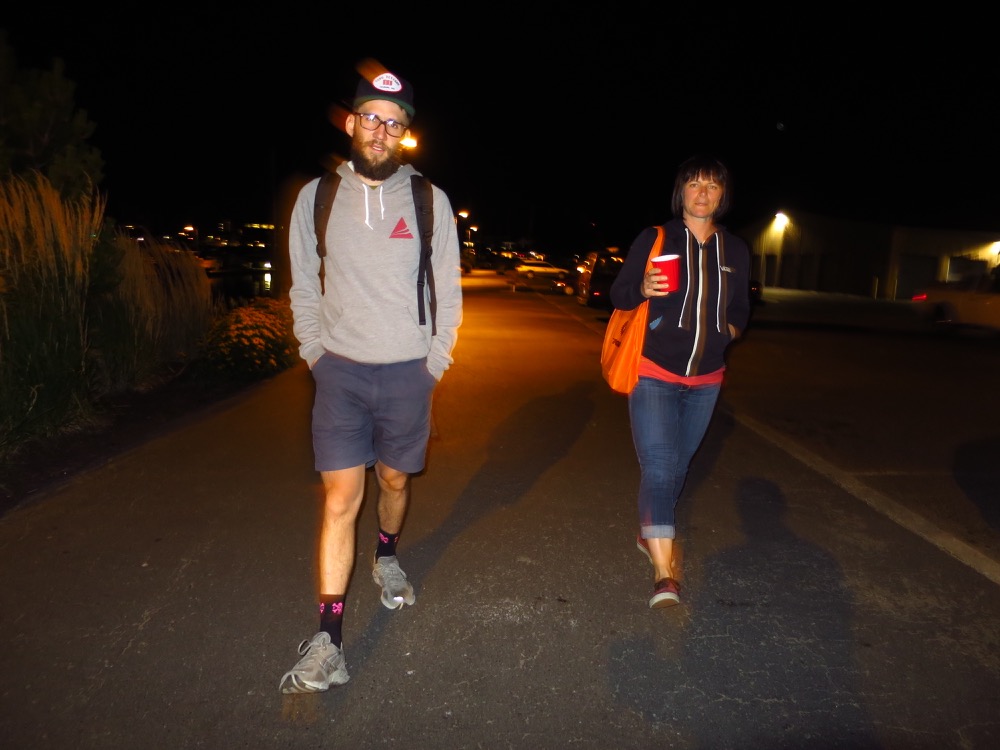 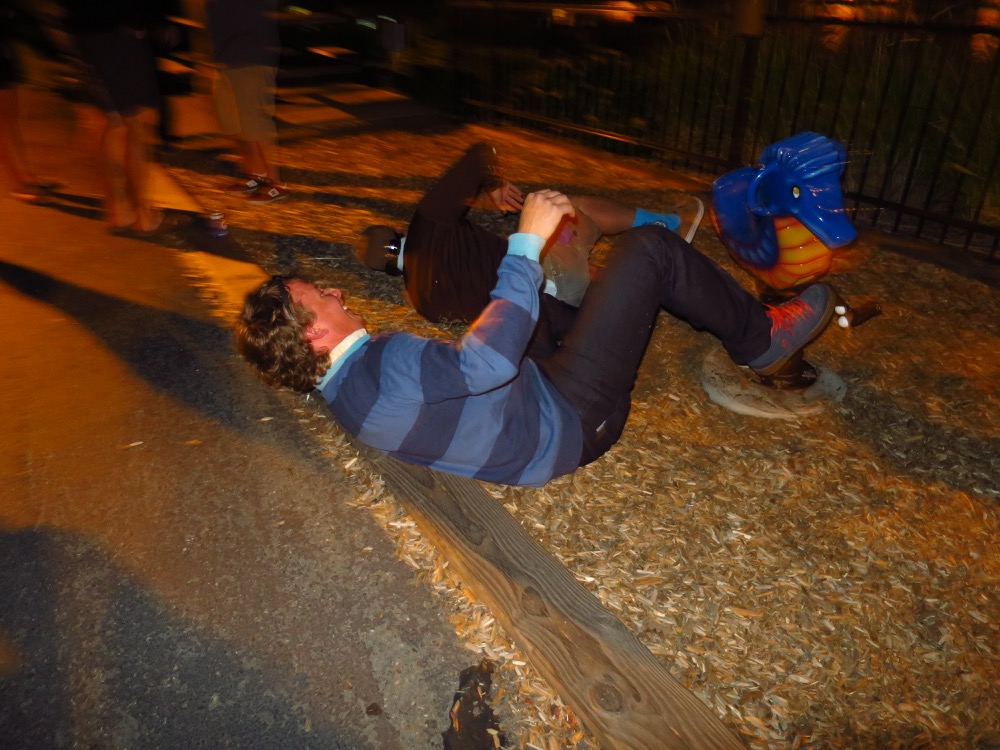 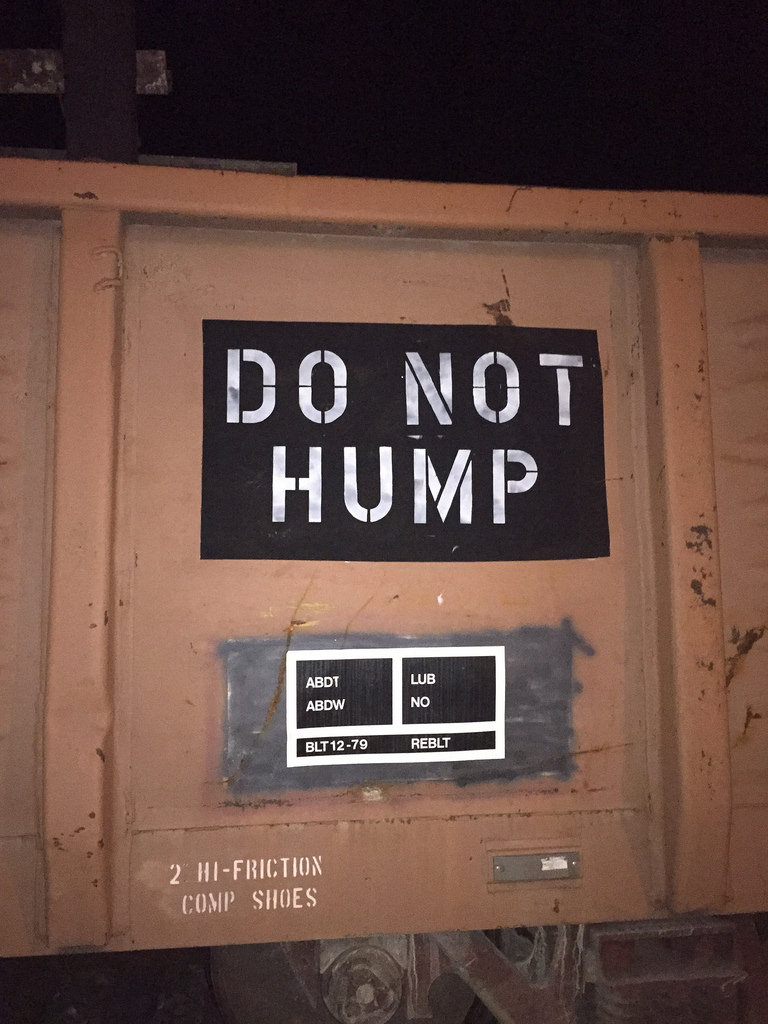 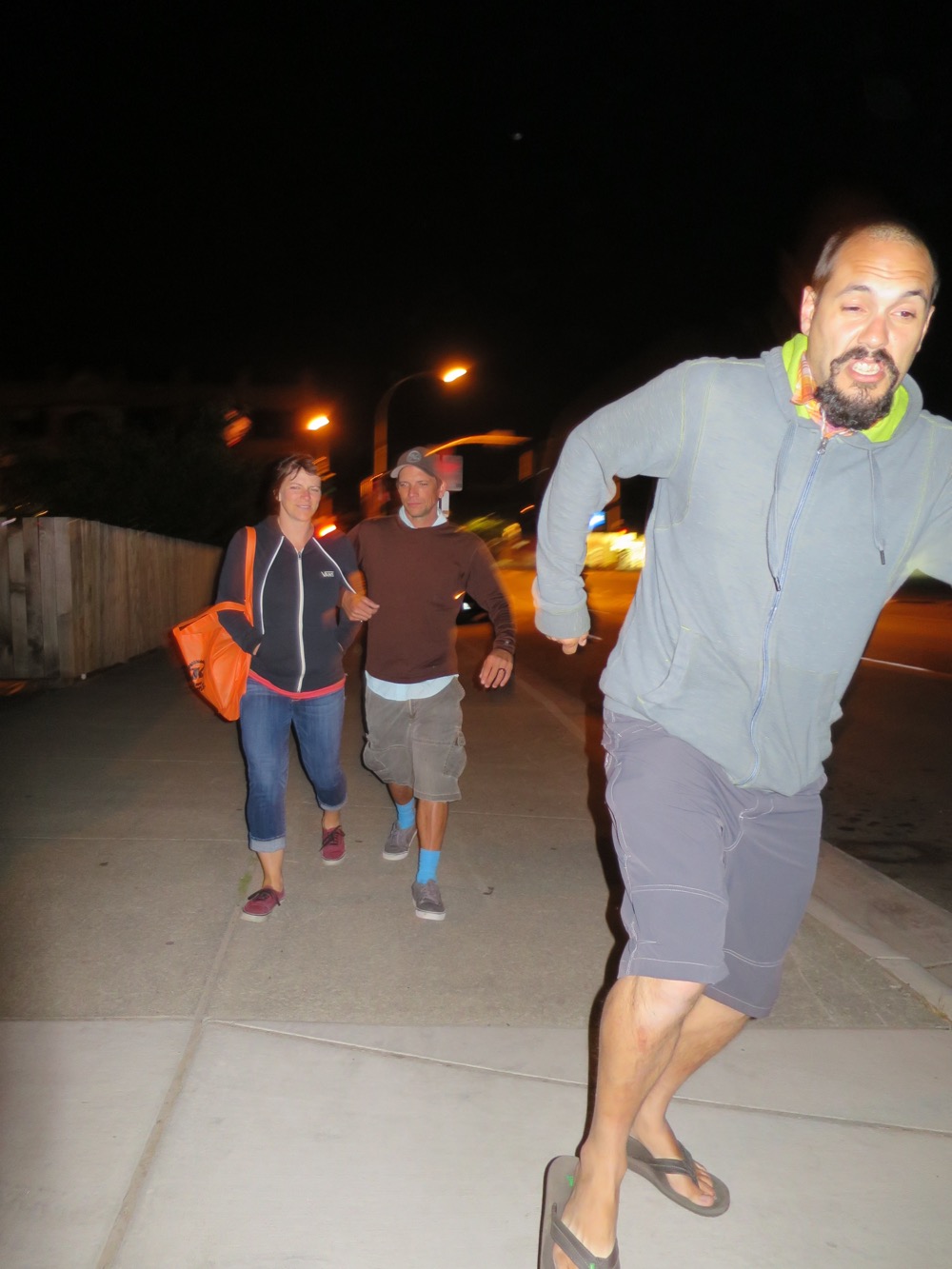 At one of the stops I won two games of pool in a row which I don’t think has ever happened. It doesn’t really mean that I’m a very good pool player as much as it means the people I was playing were much worse.

It was at that point when the true competitions occured; 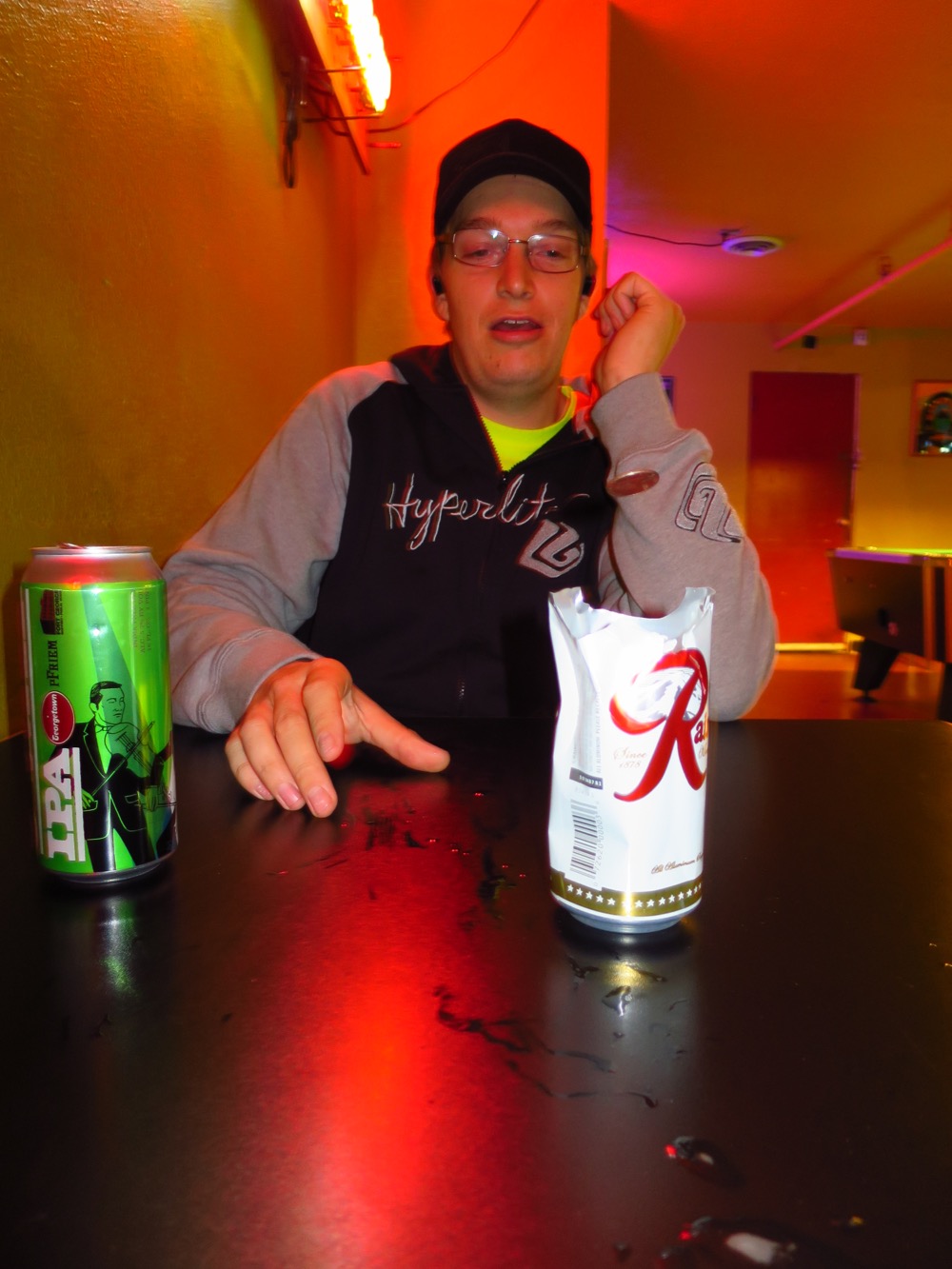 I have vague recollections of things past this point, (like a crew of French Canadians all being so drunk they were speaking neither French, English or even what I could tell to be a mashup of both), but as our final stop announced last call, I hugged the bartender and told her that I thought her hair smelled like flowers and bubblegum.

Just another example of last call being my unintentional savior.

We wound up back at the hotel at three or so, and with a varying, yet generally specific array of trouble left in which I could get, I tapped out and Irish goodbye-ed into the bowels of the hotel. I won’t get into specifics, but this decision was best for everyone involved.

Once again, with three hours of sleep, I re-emerged from my room with a final bit of business in which to attend.

Floating through this year’s launch, and with my mind deeply planted in all things dirt, (this includes, but of course is not limited to this year’s women’s line); 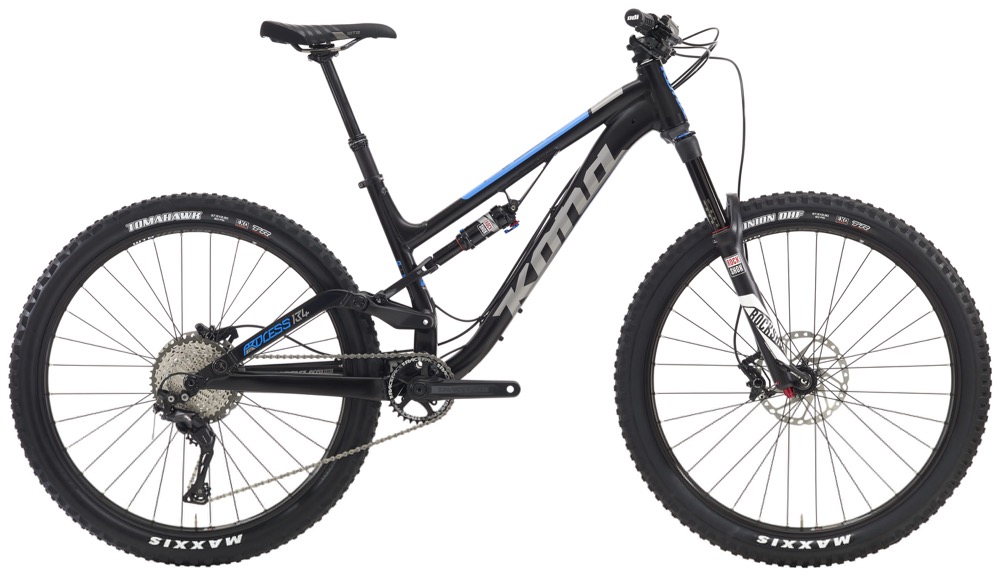 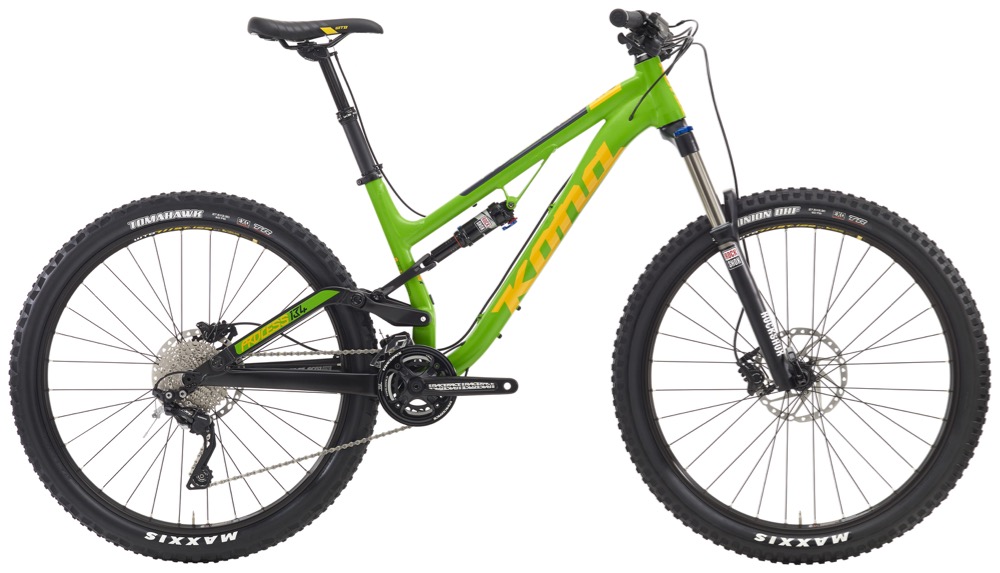 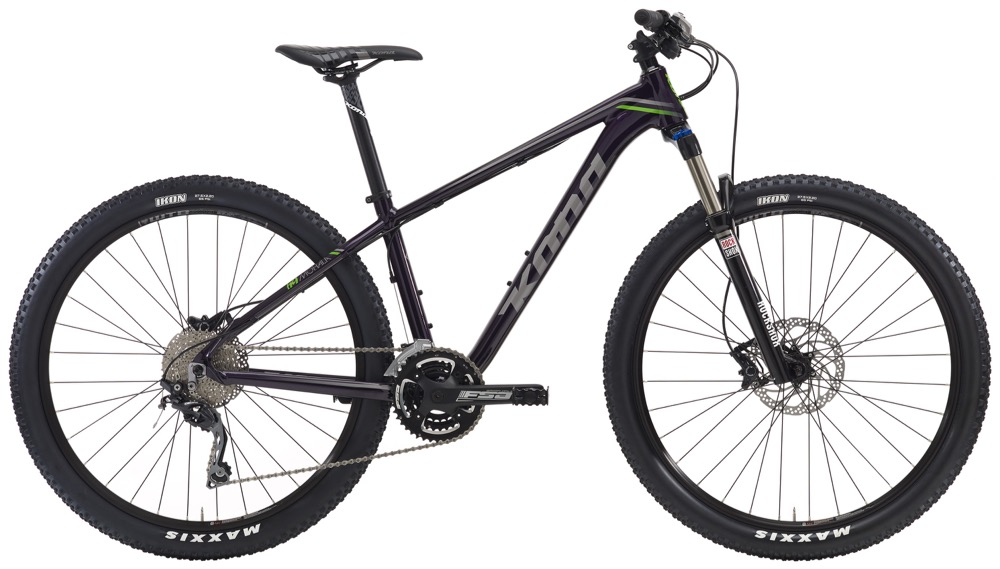 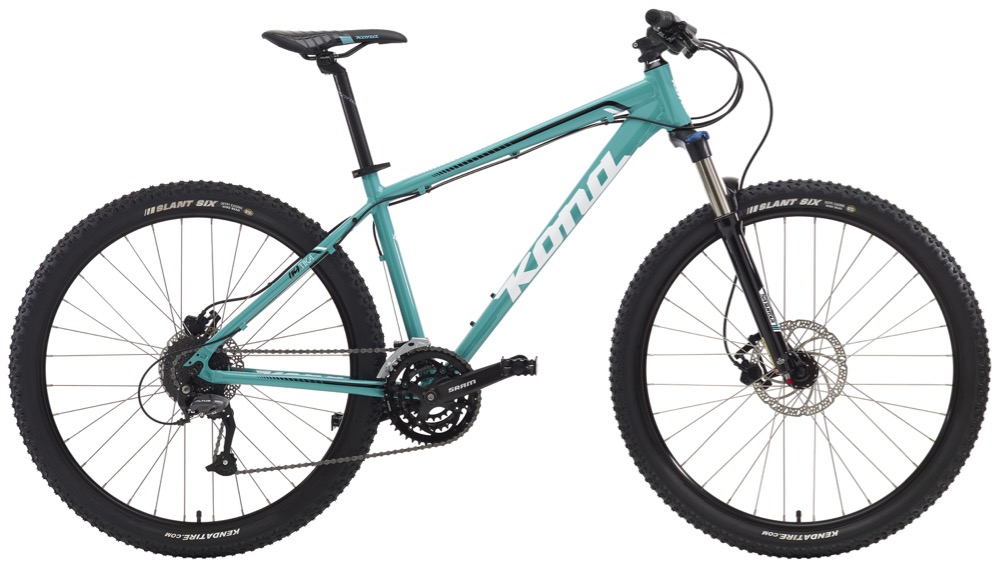 I neglected to shoot any photos, or really pay any mind at all to the new line of road bikes, which is broader than any year before.

So quick before my chariot arrived to whisk me off, I snuck back into the showroom and snapped at least a couple detail shots of one in particular that caught my eye, called the Roadhouse; 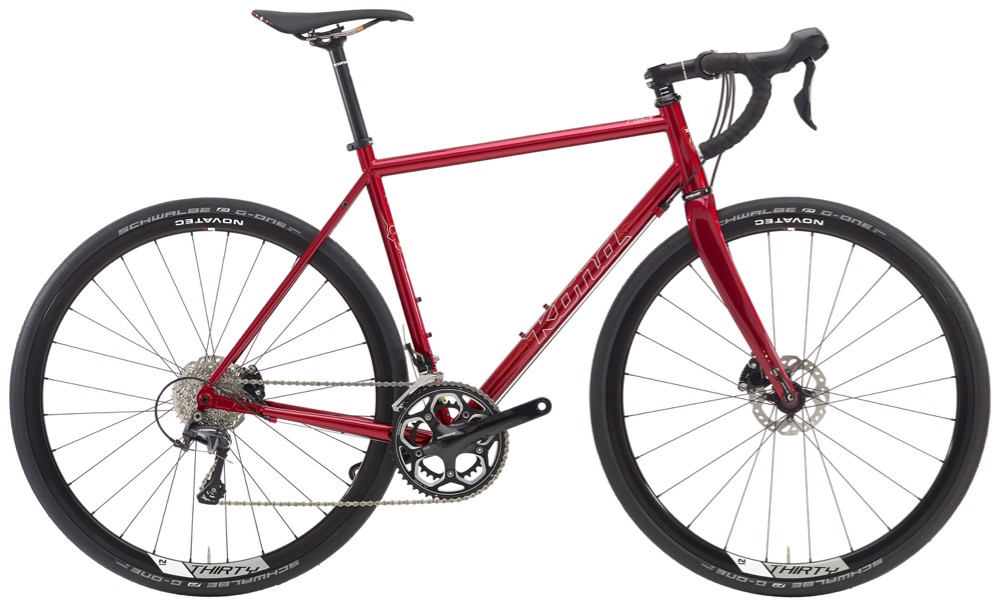 Dressed up in candy apple red, everything about this bike (with the exception of the disk brakes, but then again, I’m a grumpy luddite) spoke volumes to me; 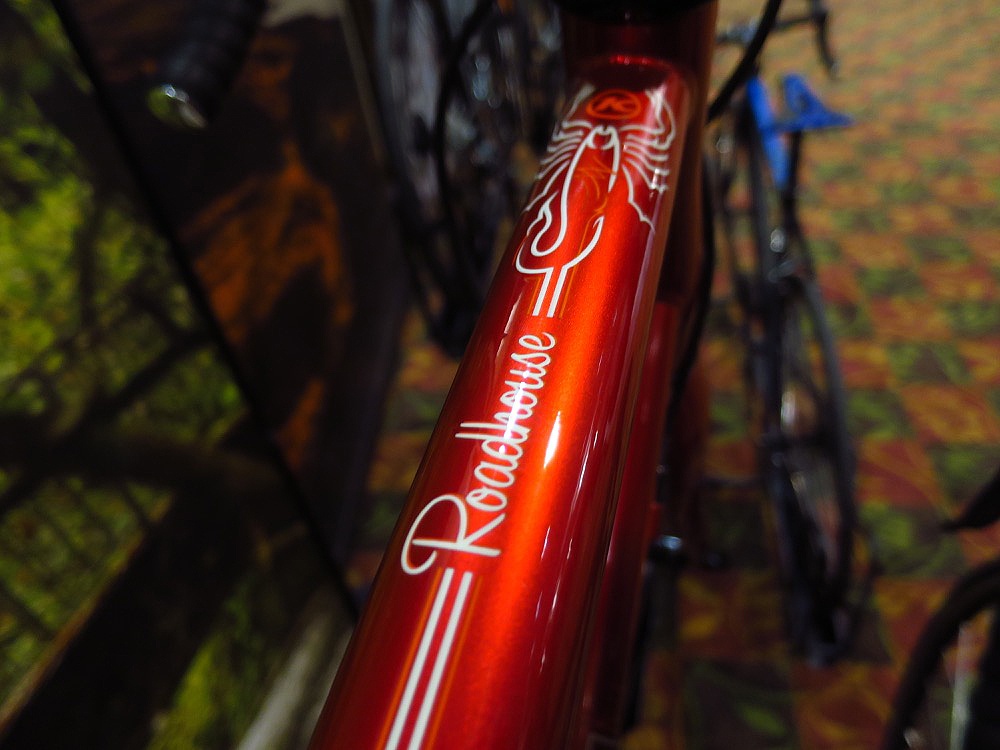 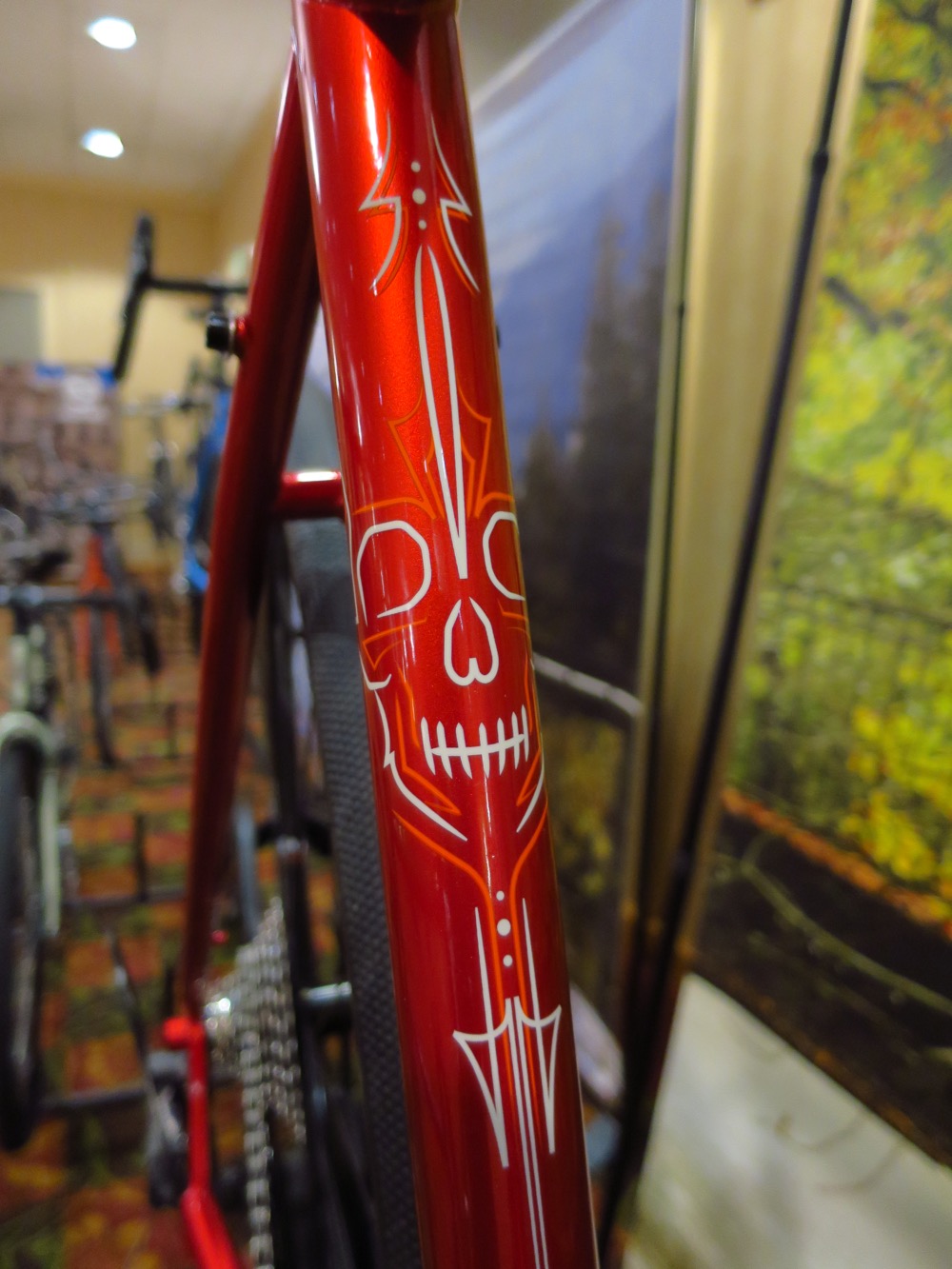 Suffice to say, everywhere I looked there was something that I wanted, or at the very least, wanted to ride.

Perhaps my inability to ride was partially responsible for my heart growing fonder, but as I said to my hosts before parting ways, all personnel involved in both the launch, and most especially this year’s line completely knocked it out of the park.

The Kona folks’ appreciation, and dedication to not only one another, but to that which they do for a living is infectious. It’s impossible not to emerge from one of these events with even an inkling to the contrary.

Anyone who knows me, or is even vaguely familiar with my tastes in bikes knows that when it comes to full suspension technology, I’m a bit of a naysayer. That said, it might come as a surprise that I declare the entire line of 2016 models, from the complete bikes down to the details like the linkages, and shock mounts on the previously mentioned (men’s and women’s) Process 134 DL for example; 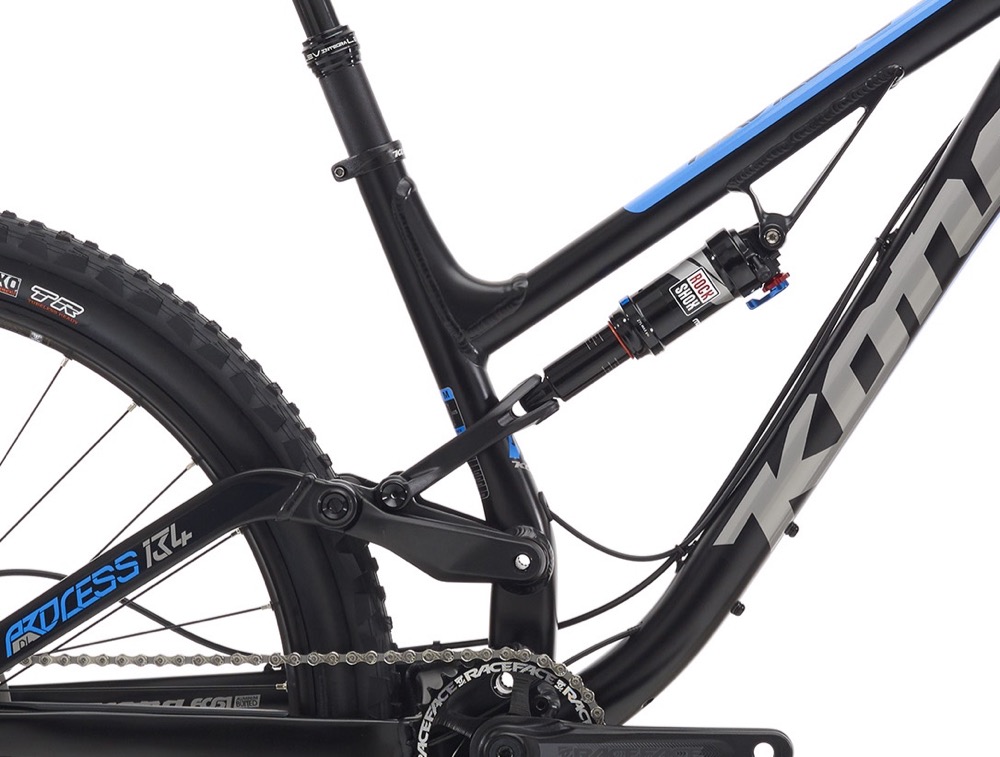 -and then to the organic looking little details on some of the hardtails, (like the tapered top tube/seat tube juncture on the Honzo, as well as their other non-ti XC models); 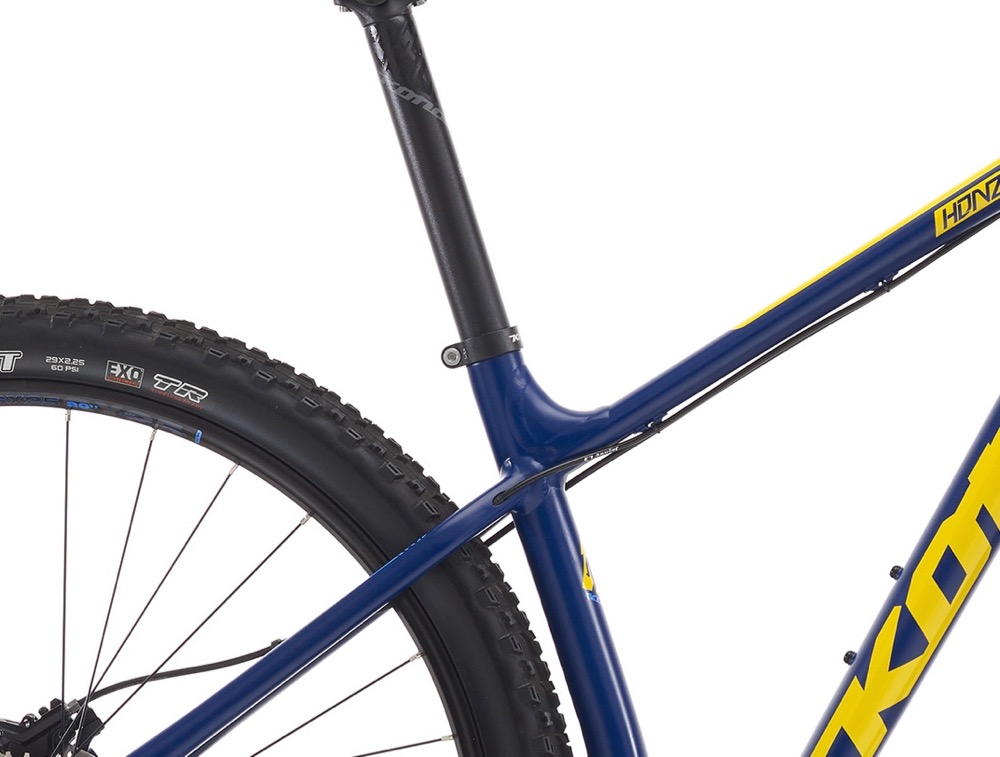 is all absolutely sublime in its perfection. I know I’ve said it before, but my longing for a Kona (and most especially that damned Hei Hei) has only intensified over time.

As a treat to myself for finally being able to ride again, (not to mention walk), and if finances allow, I do believe this year will be the one that sees me aboard a Kona, and after attending six of these launches, it would only be right.

Then again, I am a man who ponders such acquisitions until exhaustion. I invest no money half heartedly, and I want to make absolutely sure that the thing I buy is in fact the thing I want, and this year, Kona has delivered more than I can afford of that in spades.

As the lot of us packed up and moved back onto our various corners of North America, the Kona-ites geared up to do it all over again with the next crew of dealers, media, and hangers on.

Before I was fully clocked out however, I made a trip to my host’s brand new bike shop located smack dab in the middle of Bellingham; 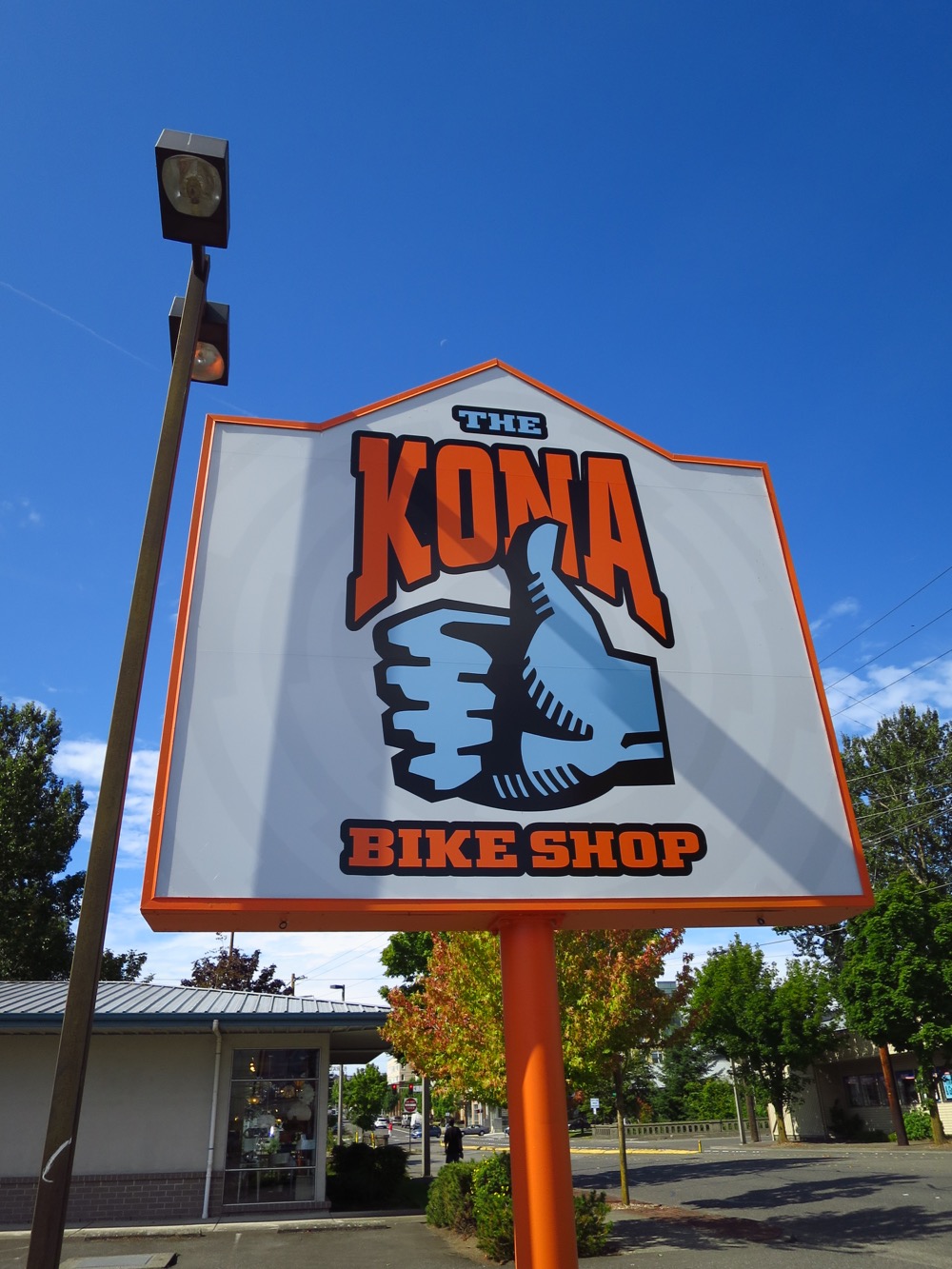 Where I was once again confronted by that which I crave; So as the shop’s employees were committed to their daily tasks and before I pulled the plug on my time in their midst, I ran around the shop and fired off a few random shots; 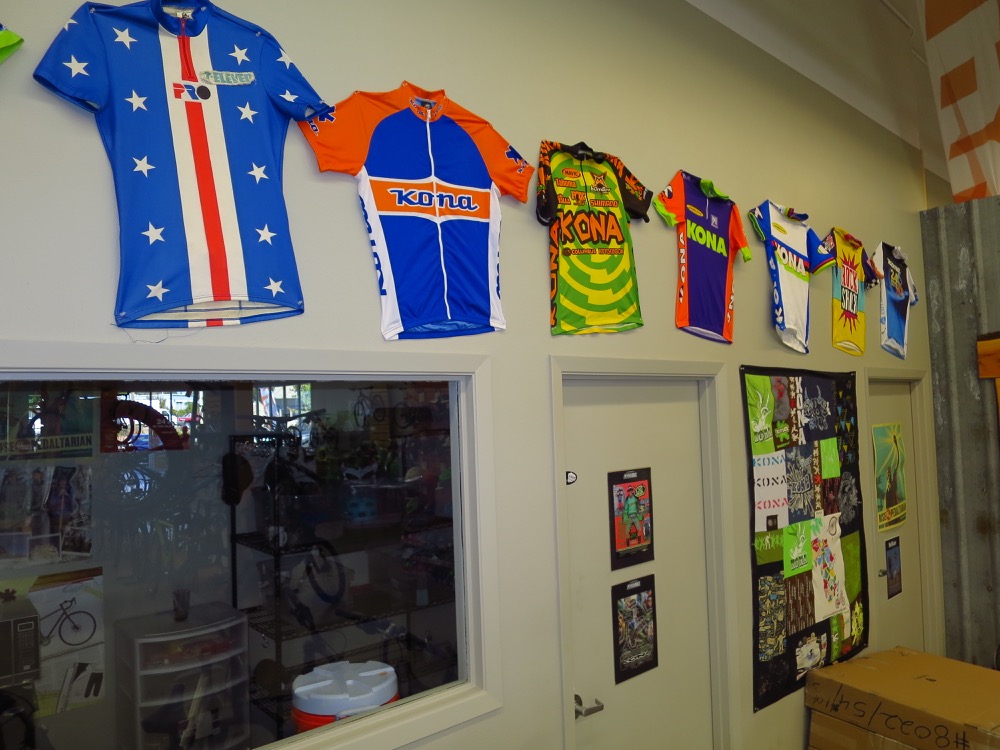 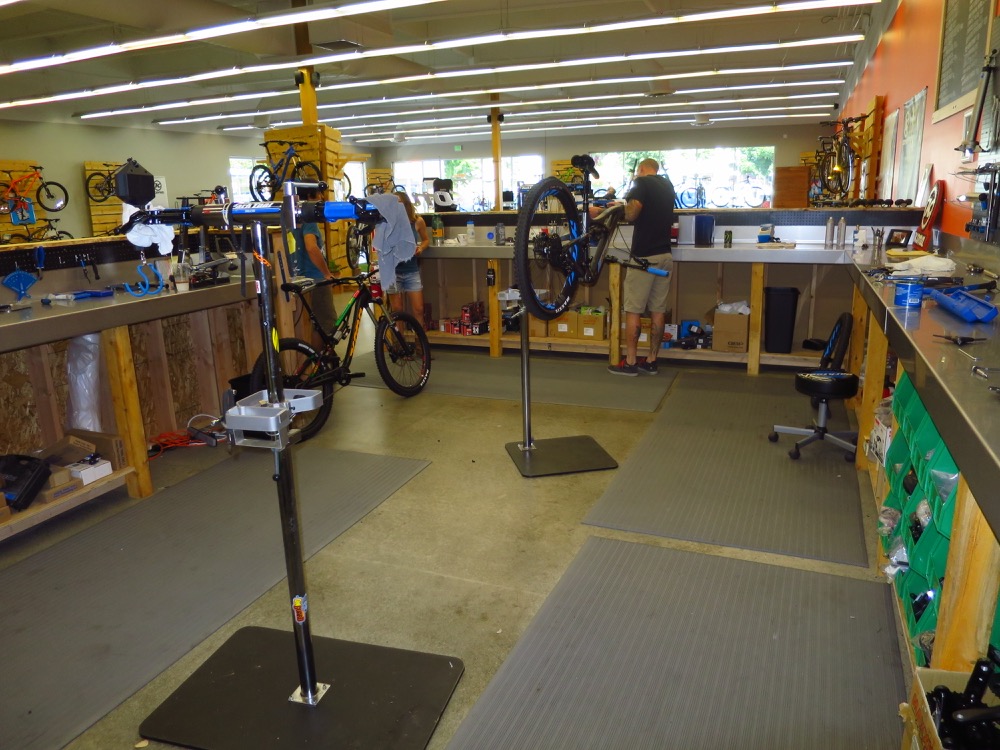 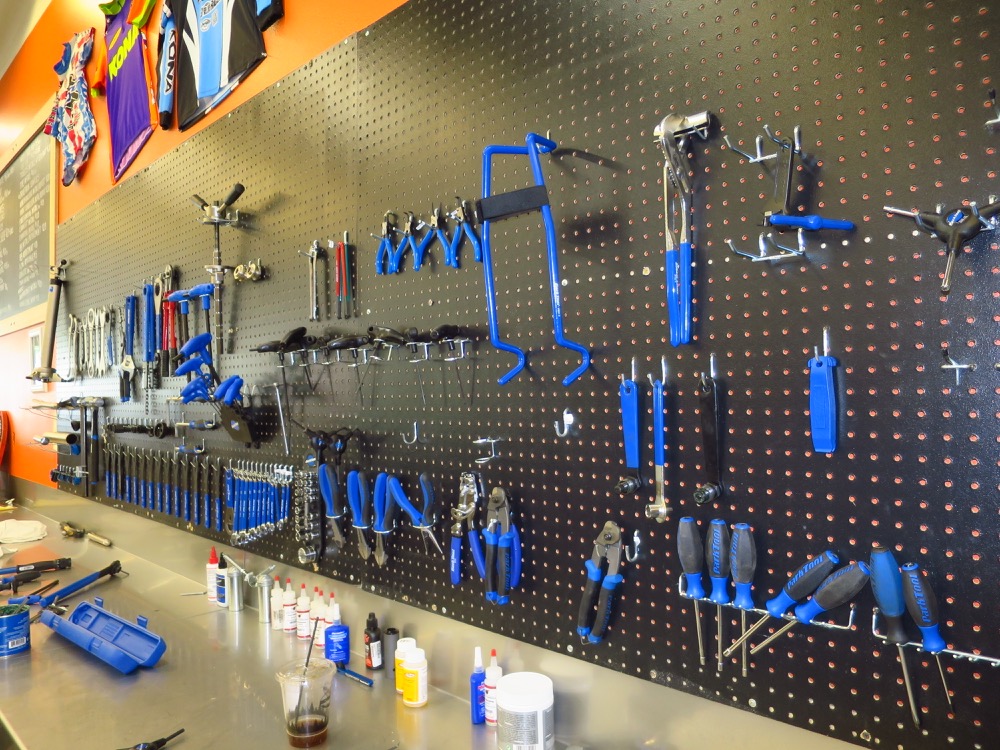 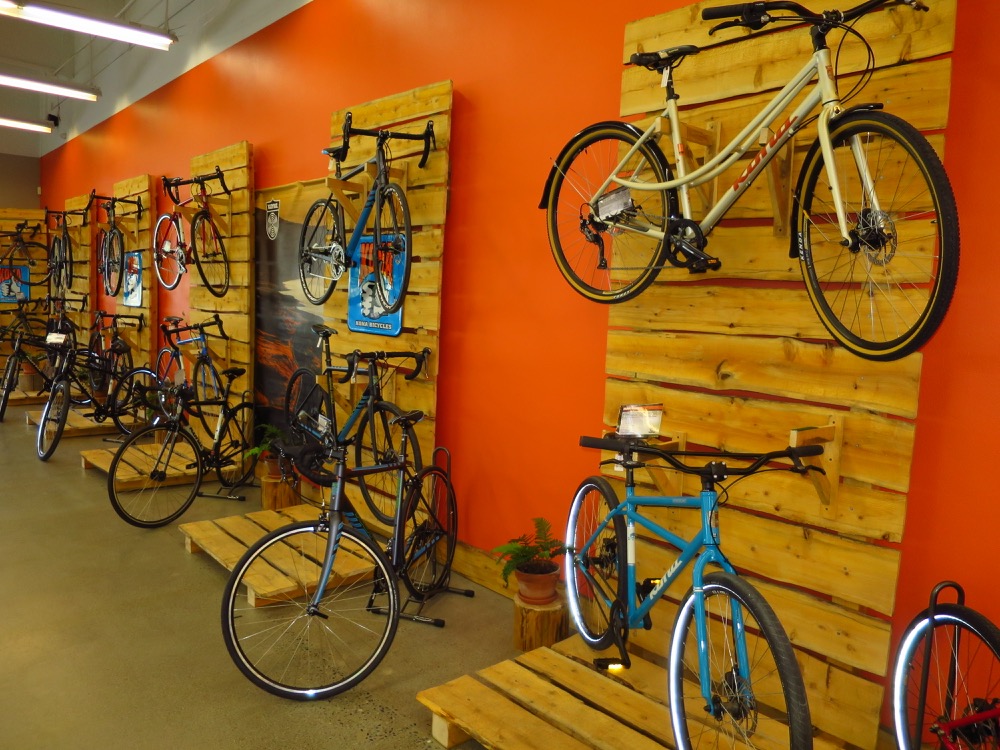 Of course anyone who has spent some time lurking around this site knows, one of the qualifiers of a great shop is a clean bathroom.

I first realized this upon visiting Velo Cult’s original San Diego location, and then again to their Portland spot.

I guess I shouldn’t have been surprised to find that the Kona shop can was equally immaculate; 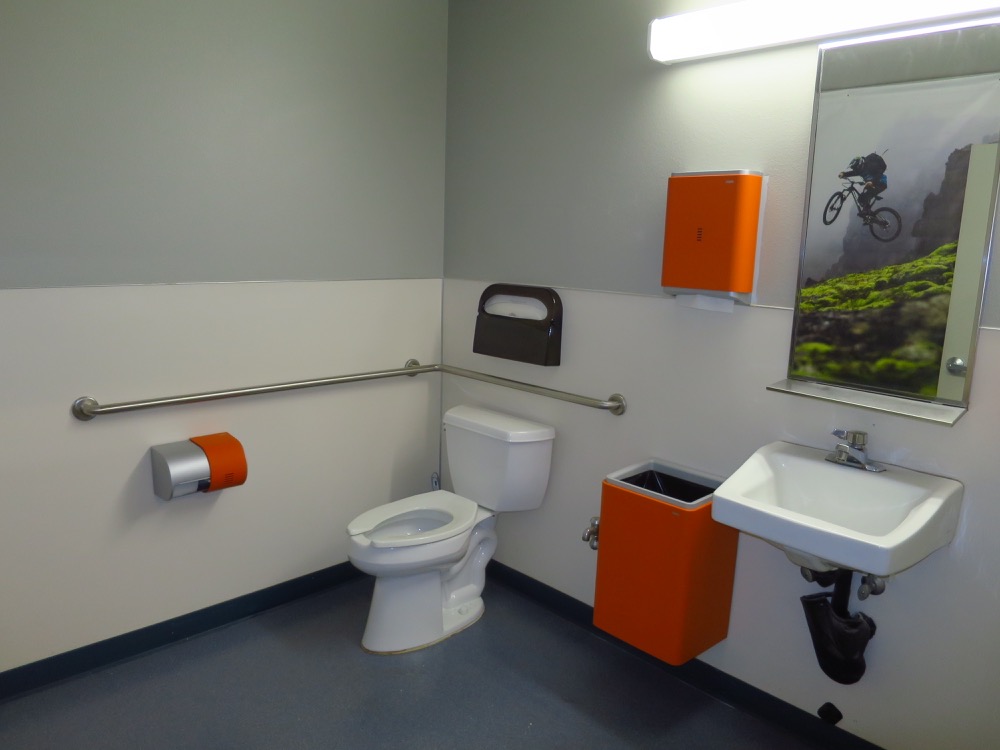 The rest of my time in town was spent doing family things with my moms and my pops and my sister and my wife, and unless you’re a total familyphile, you don’t care about any of those shenanigans.

So thus concludes my time in both Kona and Bellingham’s loving embrace. They certainly did me right, as I expect they always will, and I look forward to doing it all over again with them next year.

That is of course, if I can stay out of my own way, and not spend yet another season sad, and on the bench.

3 Responses to “Sad on the sidelines.”