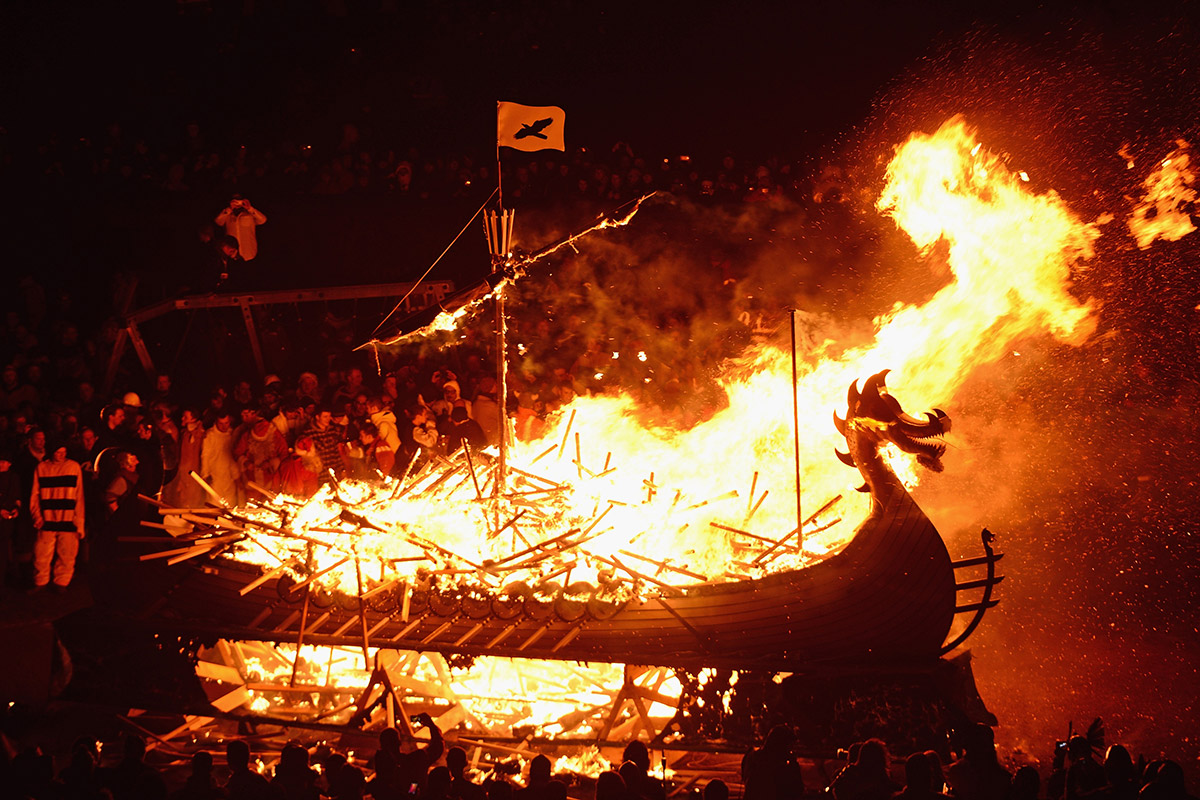 Virtually, I suppose it could be seen as though I’m about to prepare to thinking about the possibility of piling a host of random randomness upon a theoretical raft, only to set it adrift and aflame.

Yeah, let’s go with that.

I hope everyone had a good Labor Day, and either labored, or did not.

For my part, I didn’t do much laboring. That is until I adjourned to a friend’s house for homemade empanadas, tequila, beer.

It was hard work, but I was up to the task.

Now, before we get into the standard array of bluesheet, it’s with an extraordinarily heavy heart that I mention the recent passing of one of our own; 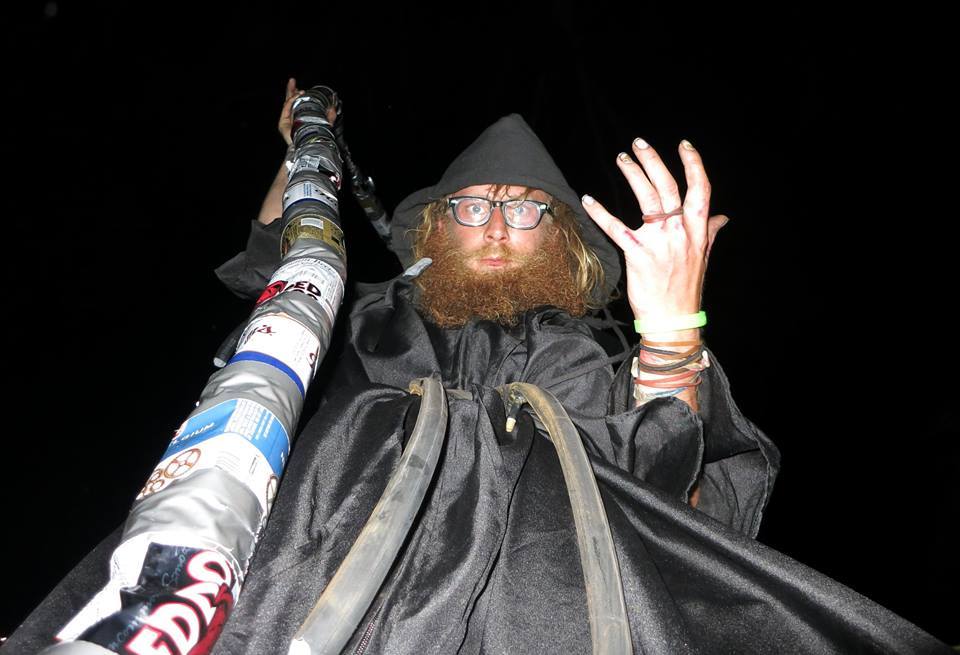 I don’t really know any of the details, short of electronic bits received from mutual friends.

What I do know is that because of his influence, he left the world a better place than when he found it. Today’s post is dedicated to you, buddy.

God speed Ben. You will always be the most wizardry.

Some, or a few, or all of you good people are probably aware that Mission Workshop have, for the last couple of years, been hosting a lecture series called ‘Ask A Founder’. To date they’ve had Scot Nicol from Ibis, Keith Bontrager, and Tom Ritchey.

When I first came across the flyer for the upcoming event I thought somebody was pulling a goof; Well, I’ll be damned if this isn’t actually going to be a thing.

My brain spins with the possibilities.

I can’t help but think that from Specialized’s perspective, maybe this is an attempt at a bit of damage control.

Between the AFF series, as well as their lectures by an assortment of independent builders, Mission’s become a legitimate source of information for bike nerds of all walks, and certainly have offered further visibility to the esteemed individuals who’ve taken the stage there. It’s with these, they’ve clearly endeared themselves to a wide expanse of the cycling public.

Meanwhile, between ridiculous legal actions, and a legacy of attempting to choke out any other manufacturers in the industry, Specialized most certainly has not.

It’s not such a stretch to think that Mike would see value in what Mission provides.

I’m going to take a quick detour here, but sit tight. It’ll make sense in a second- Remember when The Stone Temple Pilots tried to convince everybody they were some working class rock band from San Diego (in an attempt at jumping on the coat tails of both the San Diego, as well the then exploding Seattle scenes), but it turned out they were just a funk-come-grunge band from Orange County? Gross. I smelled a rat within the first note of the first song on their first record, and I’ll be damned if I wasn’t right.

I guess what I’m saying is Specialized is like the Stone Temple Pilots of the bike world. They are very successful, and make/market a product that is adored by people the world over, yet to my personal aesthetic, is a vague, and sub-par facsimile of something much better.

If I were to pose any questions I guess, I would be curious to know if Specialized thinks so little of me or my intelligence, that they think I’d actually respond to this ad in any way besides with two middle fingers; 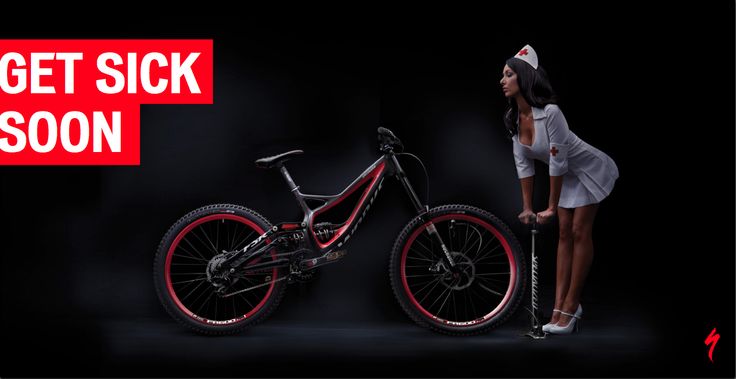 And don’t get me wrong. I’m a huge fan of hot nurses. I’ll take hot nurses all day long over here, but I’m not such a dipshit that I’ll respond positively to an ad campaign that uses one in an attempt to separate me from my money.

But that’s just me, and as I’ve said before, opinions are like assholes, in that I have two. I’m not even going to be in town for the lecture anyway.

Certainly, if you have a question you’d like to throw Mike’s way, be it good, bad, or somewhere in the middle, I encourage you to pursue that directive.

And now for no reason at all, a Craigslist ad I posted the other day; 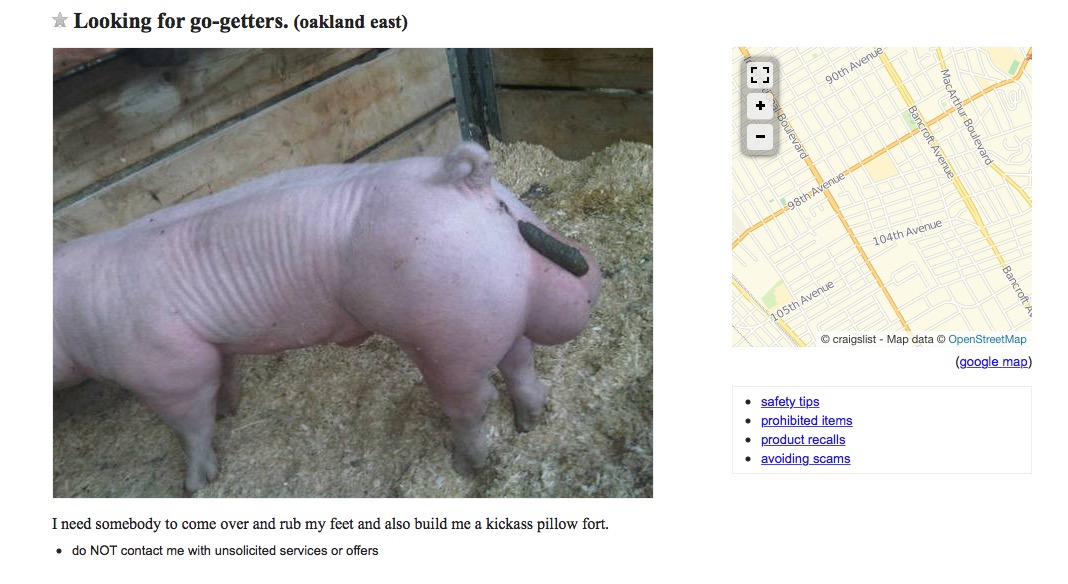 Surprisingly, I got no takers.

At this stage in today’s game, I’m going to take a possibly unexpected turn and and announce that in an effort to expand my little empire here at All Hail The Black Market, I’ve gone and hired an additional hand, officially titled ‘Special Guest Editor‘.

“Every publication needs a guest editor now and then. Bike magazine had “Hump The Bunny” and the “Grimy Hand job”. The Hayward Times had The Green Grocer and the Green Thumb. Hell, even sixty minuets had Andy Rooney. In fact let’s just think of me as the Andy Rooney of AHTBM, minus the Arkansas Ditch Caterpillars for eyebrows.

For my first of many to come yarns into the underbelly, I decided to explore the ongoing and emerging bicycle culture in the land of the Auto. Los Angeles has a spawned a newfound love of the bicycle despite its lack of infrastructure, safe pathways and endless suburban sprawl.

The last CicLAvia, LA’s once a quarter version of Critical Mass had over 200,000 pedal powered riders traverses the city on a Sunday. This was something to take notice of and I needed answers.

I went to the one place that I knew I would find truthful and hard-hitting answers. A place known by many as the epicenter of Southland Bicycle Culture…Cheney’s Tropical Liquors on Atwater Drive.

This is Morris and he has been at the helm of Cheney’s for over ten years and he will be the first person to tell you that he has seen it all! And Morris sure knows his Vape; 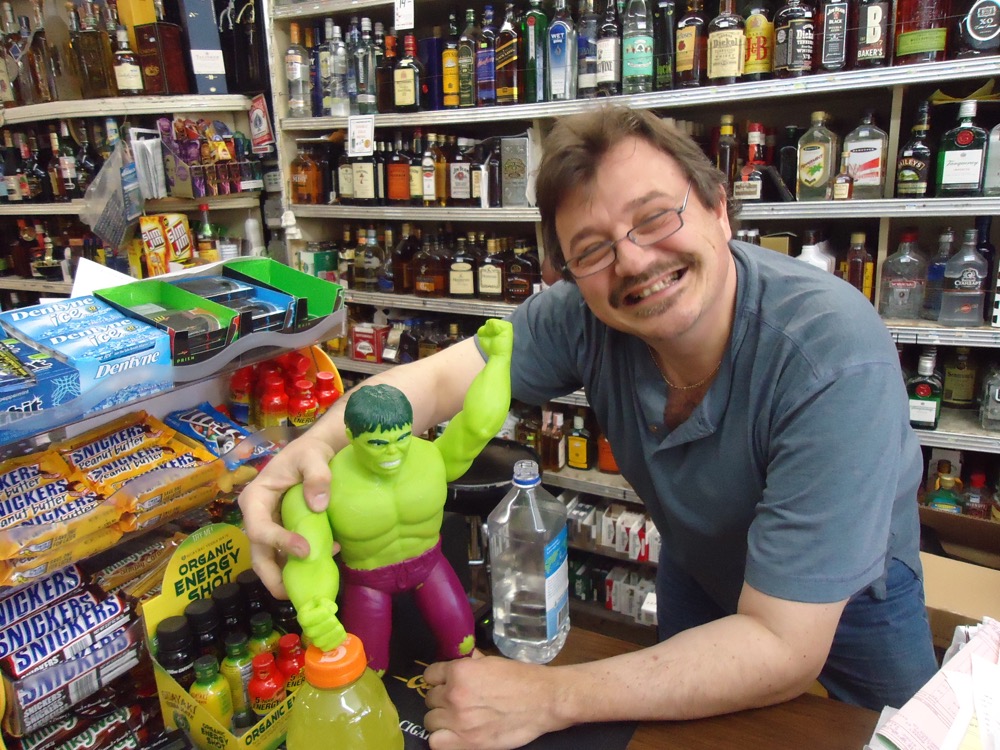 Me: Hi I’m here from AHTBM to write an article on the emerging Bicycle culture in LA. Would you mind if I asked you a few questions?

Me: Oh sorry, I’m here to ask a few questions about bicycles and bicycle culture here in LA. I understand that you have a strong perspective on the paradigm shift between car culture, bicycles and city government.
  
Morris: You gonna buy something boss? All vape 20% off boss.

Me: Oh, no thank you I don’t smoke. Let me ask you a question or two….have you noticed a change in people’s attitudes about bicycles around here. Are you seeing more people leave their cars behind and hopping on their bikes?

Morris: No bikes in the store boss.

Me: I don’t have a bike with me at the moment.

Morris: Whatever boss. You are acting crazy and I’m calling the cops.

Me: Just one last question. Do you think that Bar Ends were a bad idea?

Morris: Oh man, they would always get hooked on trees in tight single track. I hated those things.

Me: Ok thanks for your time Morris.

Well there you have it. As proof by the interview above we can deduct that there has been no change what so ever in the attitudes about bicycles and their importance across the South Land landscape.

Until next time, Carl the Gardener
Guest Editor @ AHTBM and Sunset Magazine”

Do you hear that sound? That’s the sound of this website rapidly becoming the only legitimate source for all things bike.

Moving on to other matters- This weekend sees the continuation of the Meet Your Maker ride series with this weekend’s hosted by Paragon Machine Works; 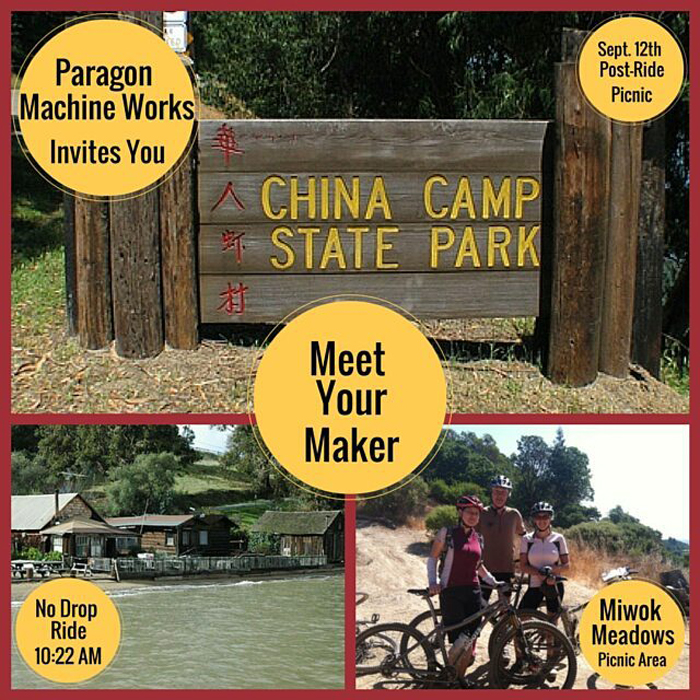 You might recall last year’s ride/campout. This year promises to be more of the same, but with less camping out.

Which is a bummer, because there was a lot of this; 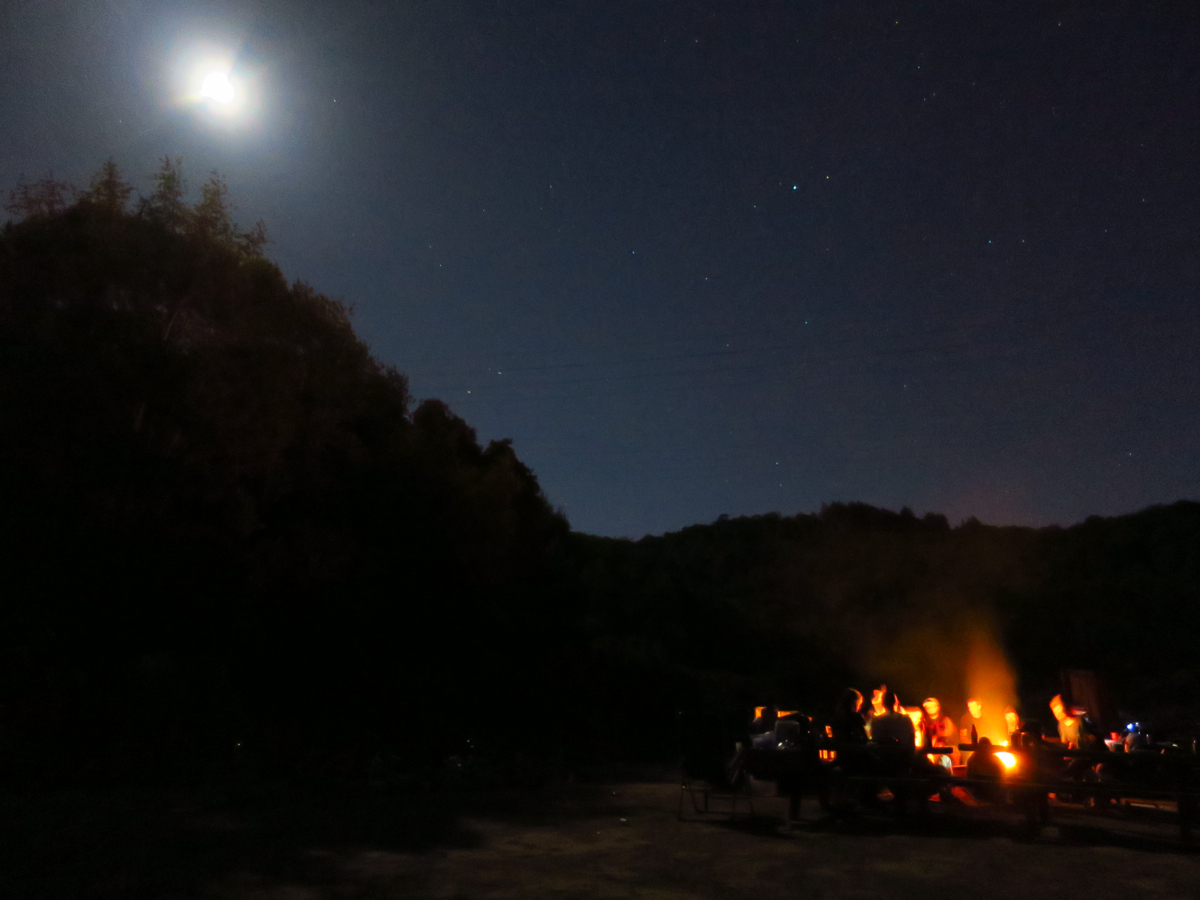 Then again, the entire state is about one carelessly flicked cigarette from burning down, so maybe that’s for the best.

Until we get some rain, perhaps we should just save the fire for the viking’s pyre.

8 Responses to “A proper send off for a viking.”