Like I made mention of both this past Monday, as well as the previous one, I’m freshly back from a whirlwind journey to the southland to partake in a trip to goof around, as well as to see Universal Studios, which was kind of a prank gift from my beloved wife after years of badgering her to take me there.

My appreciation for the place stems from a trip I took when I was five or six years old, that absolutely blew my mind. Growing up in the sticks in Colorado, I’d never seen anything up to that point in my life but trees, and snow, and mountains. You can bet seeing all that the studio’s backlot had to offer was just about as close to a religious experience as I could have conjured.

A lot of time has passed since those days, and I didn’t have any false illusions that this most recent trip would be in any way similar, but I looked forward to it with great anticipation just the same; 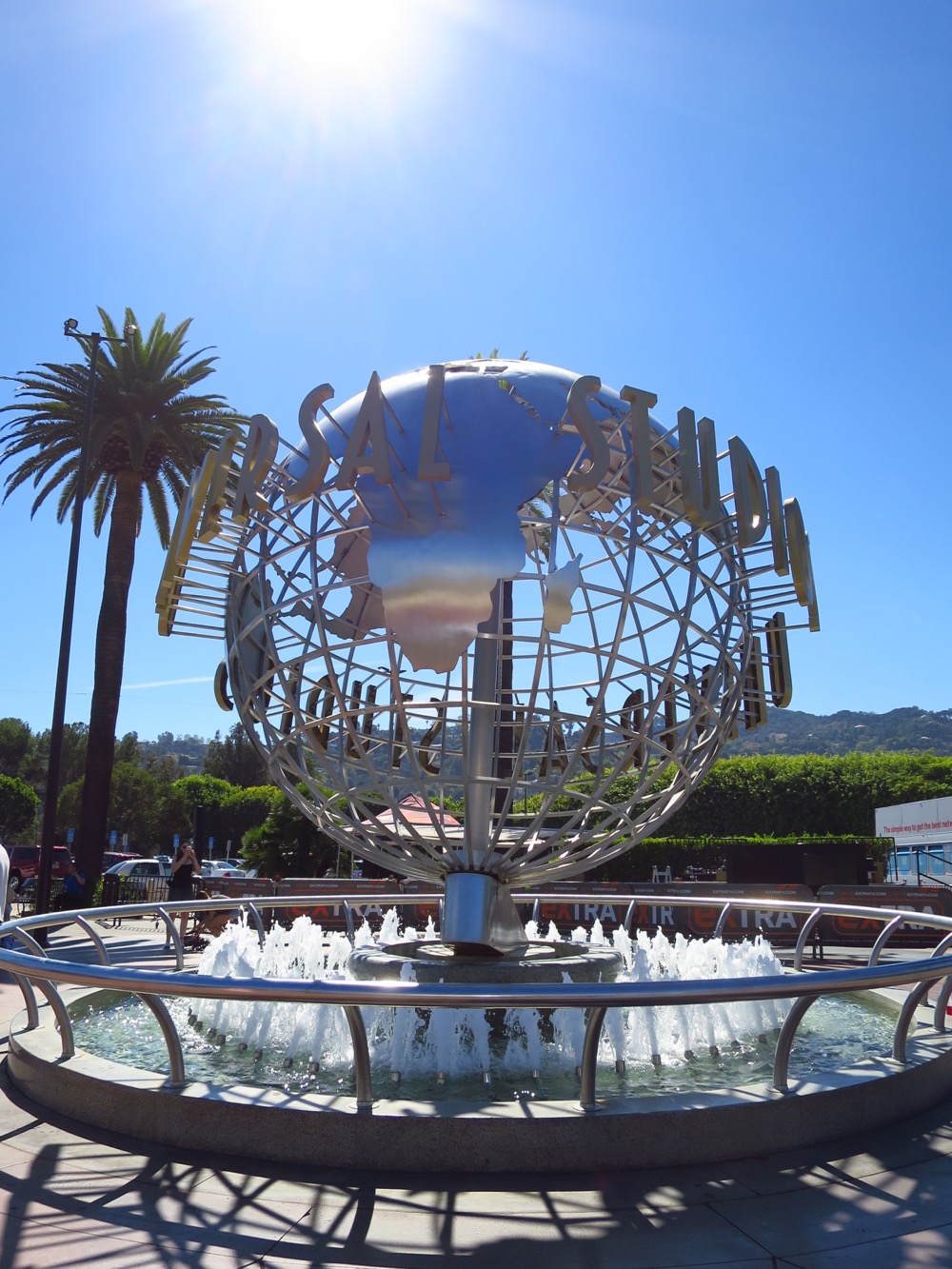 For those who don’t know, Universal Studios isn’t smack dab in the city of Hollywood, but rather just over the hill in the San Fernando Valley, which is the pornography capital of the world, because of course e’rybody got their own kind of entertainment.

On this trip in particular, the entire region was in the low hundreds, and every breath felt like your lungs were going to explode, so coupled the idea of milling around with tens of thousands of meandering tourists was really just about the most unappealing thing I could have conjured, and at one point while we were in line for the backlot tour, I just about called it, and tapped out.

Luckily I kept my loathing for humanity in check, we eventually boarded the caravan, and made our way to points beyond; 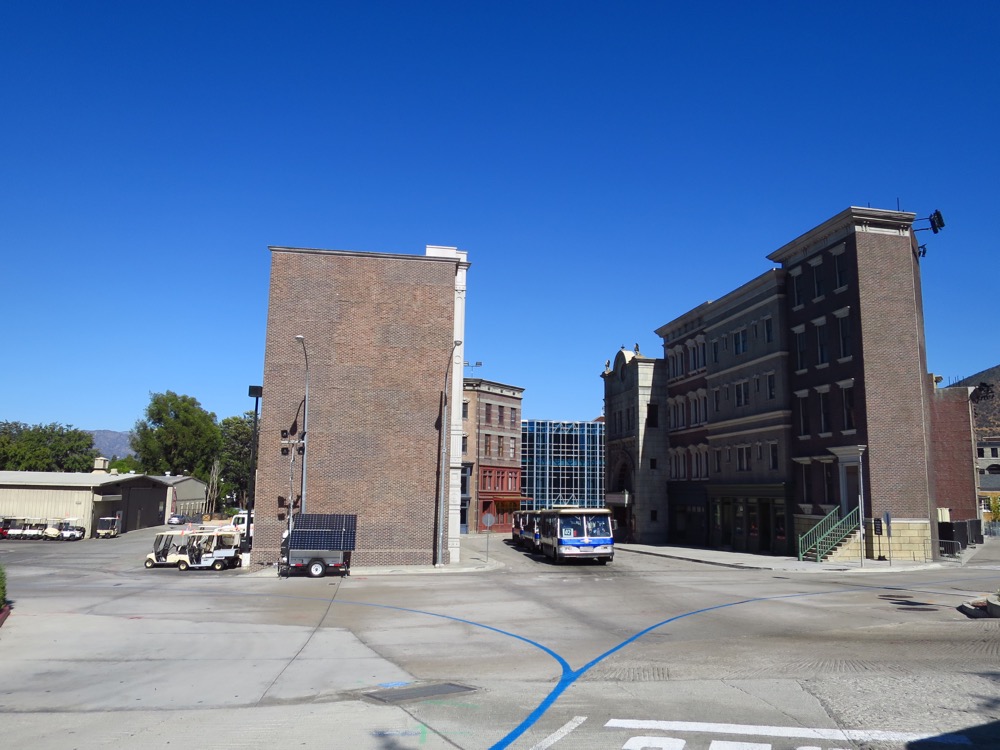 I literally have less than zero shits to give for the ‘Fast And Furious’ franchise, but I’d sell my soul for a 1970 Roadrunner; 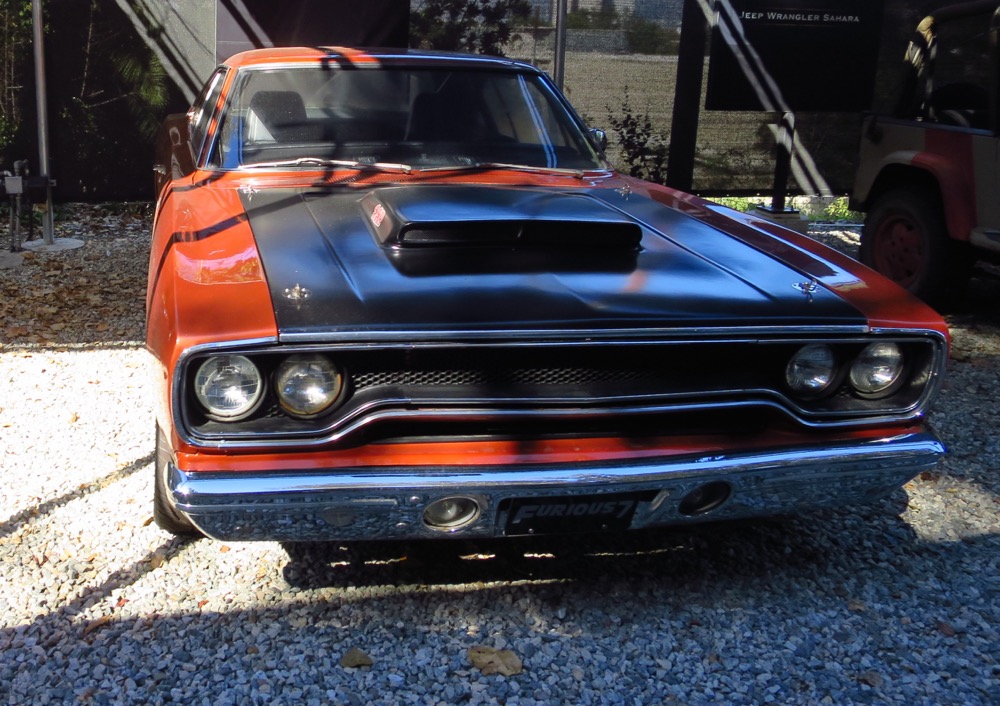 The flood feature was one of my very favorites on the tour when I was a little kid, and as fate would have it, I happened to end up in the seat that was front and center for it; 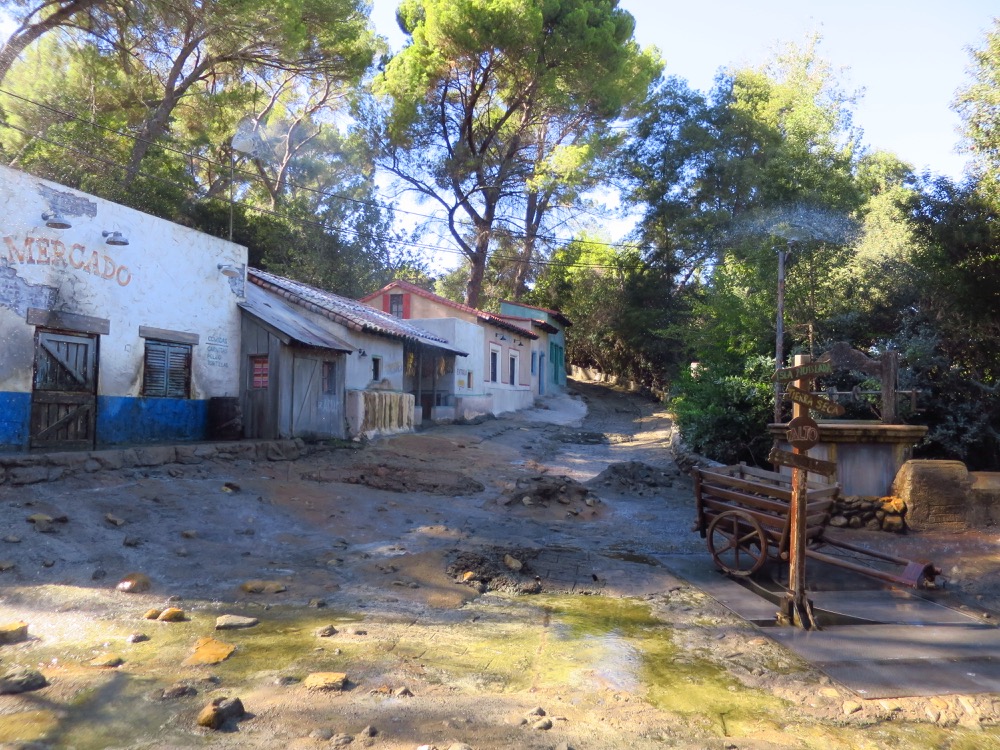 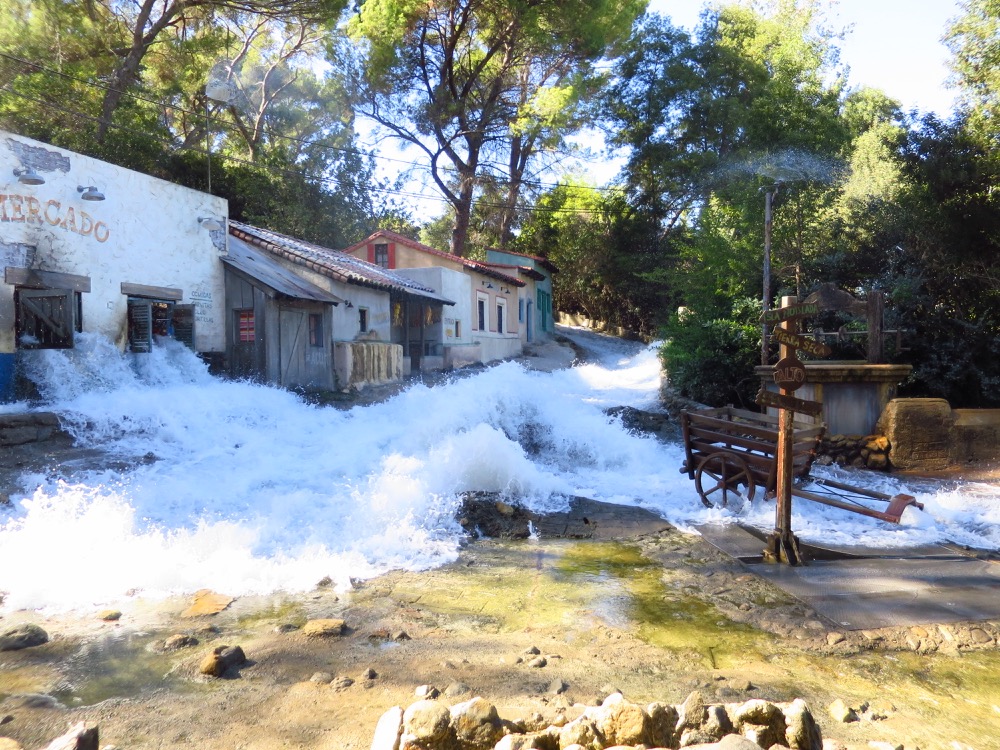 I also got to see the miniature ship from the King Kong movie;

Which as I said before is among some of my favorite stuff ever; 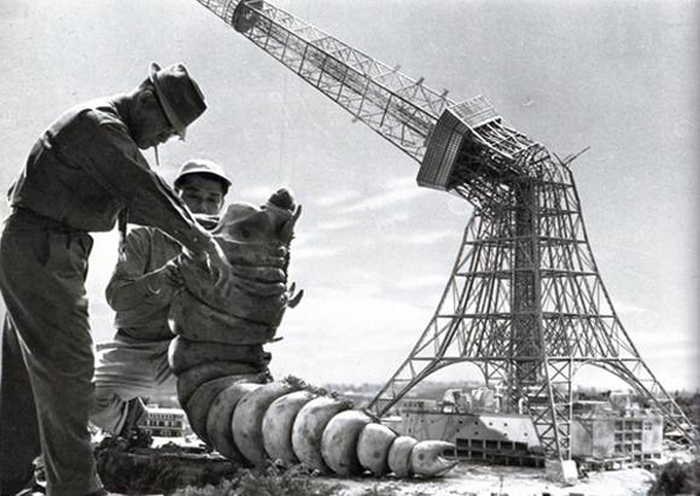 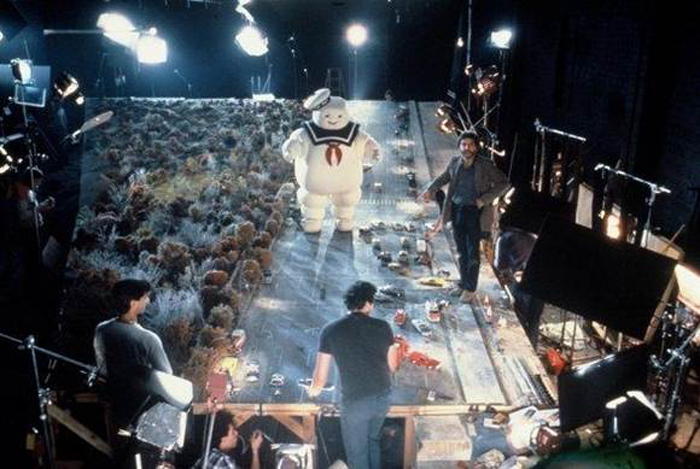 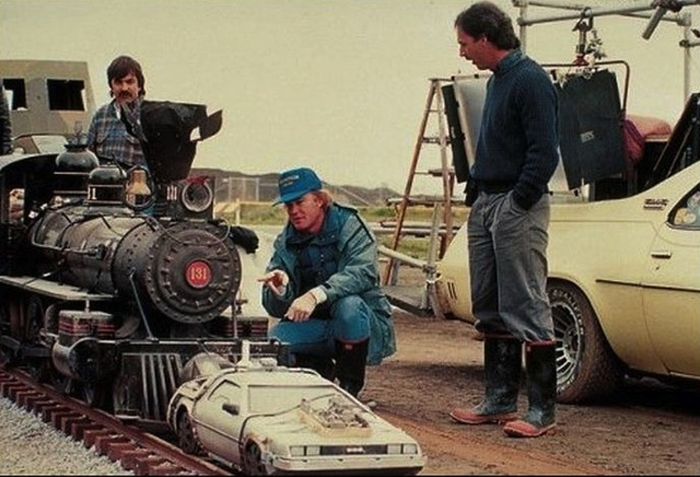 Portions of the tour as well as features at the park are virtual, which I still kinda can’t wrap my mind around. You wear 3D glasses, experience all of the stomach-dropping sensations of falling off a building, or riding a rollercoaster, but you never actually move outside of the building in which the whole thing is contained, resulting in super intense vertigo. It was fun but I could kinda take or leave it. The actual physical stuff for me was where it was at; 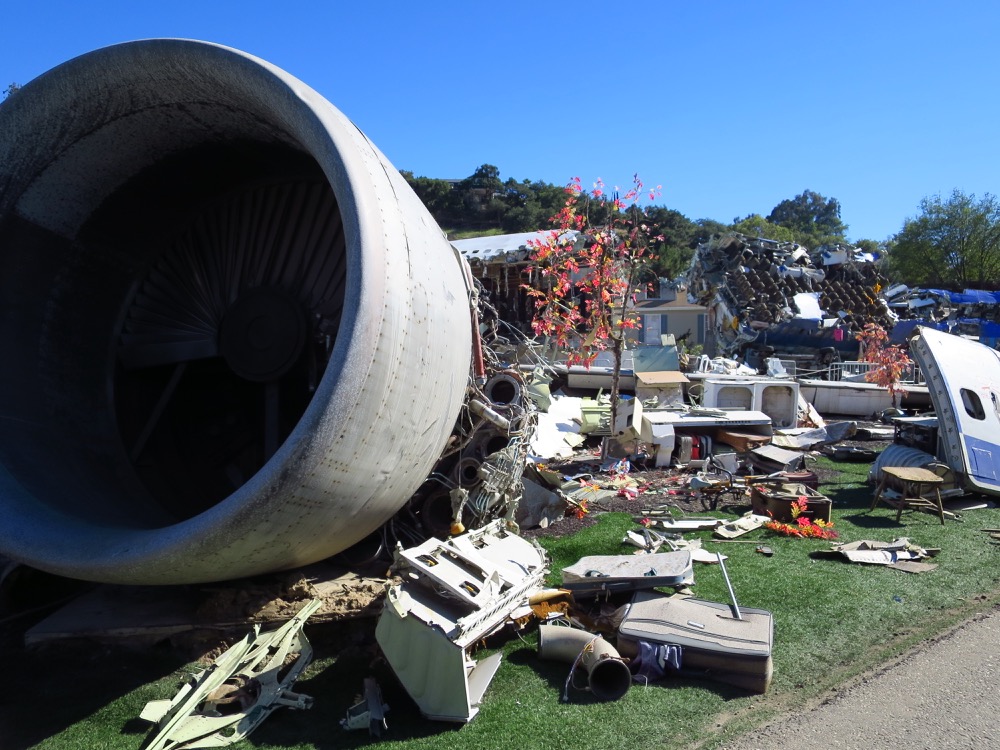 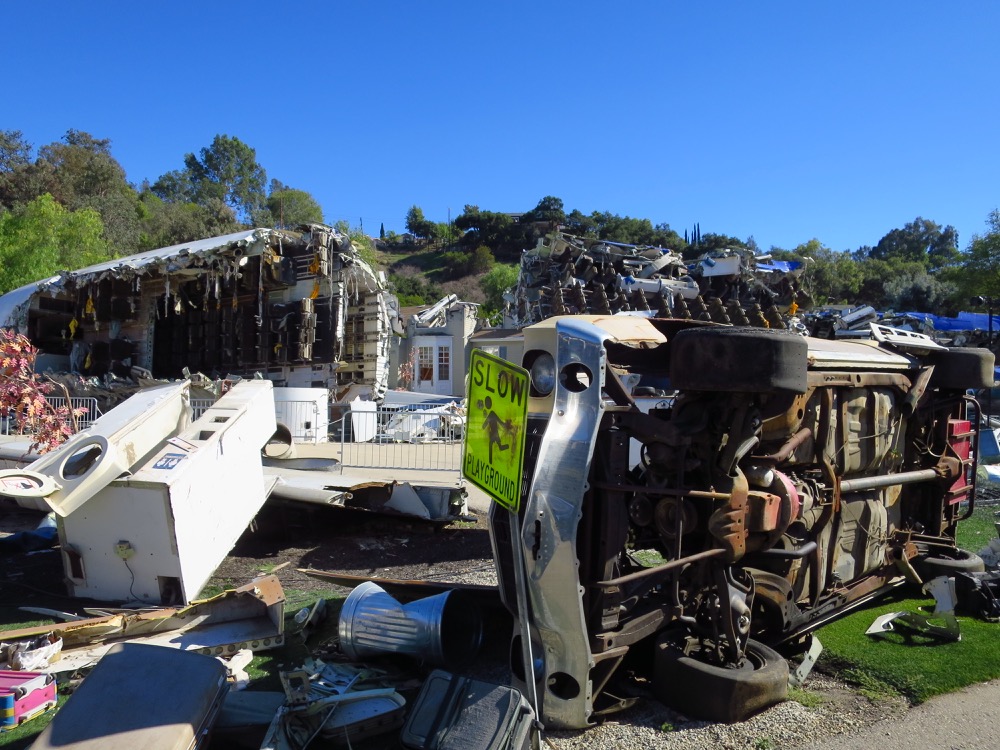 At the conclusion of the tram tour, we did a handful more virtual rides, and then ended up at a bar where we waited for the crush of humanity to dissipate.

We had a second day’s pass, but upon waking up the next morning we were both feeling sunburned, and exhausted, so we looked up what was happening at the LA County Museum.

It just so happened that there was an entire installation of one of my very favorite art movements in history, called New Objectivity: Modern German Art In The Weimar Republic, 1919-1933; 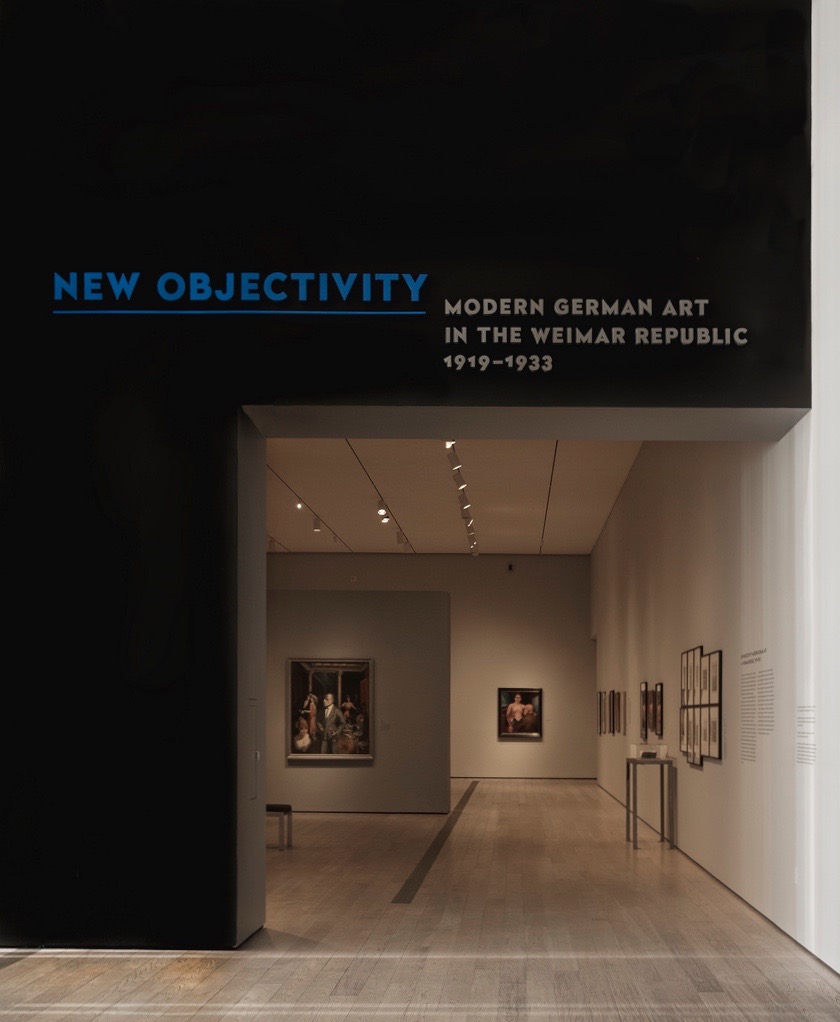 A good number of these paintings I saw while traveling in Europe as a much younger fella, though among my favorites were the drawings by George Grotz; 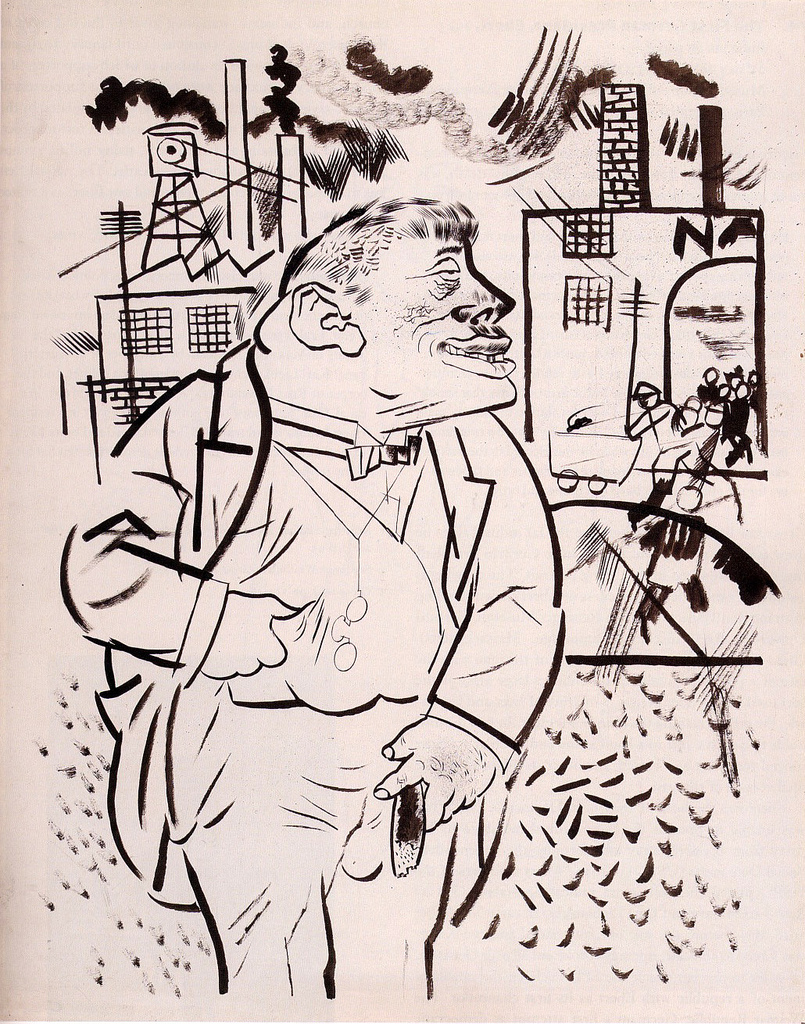 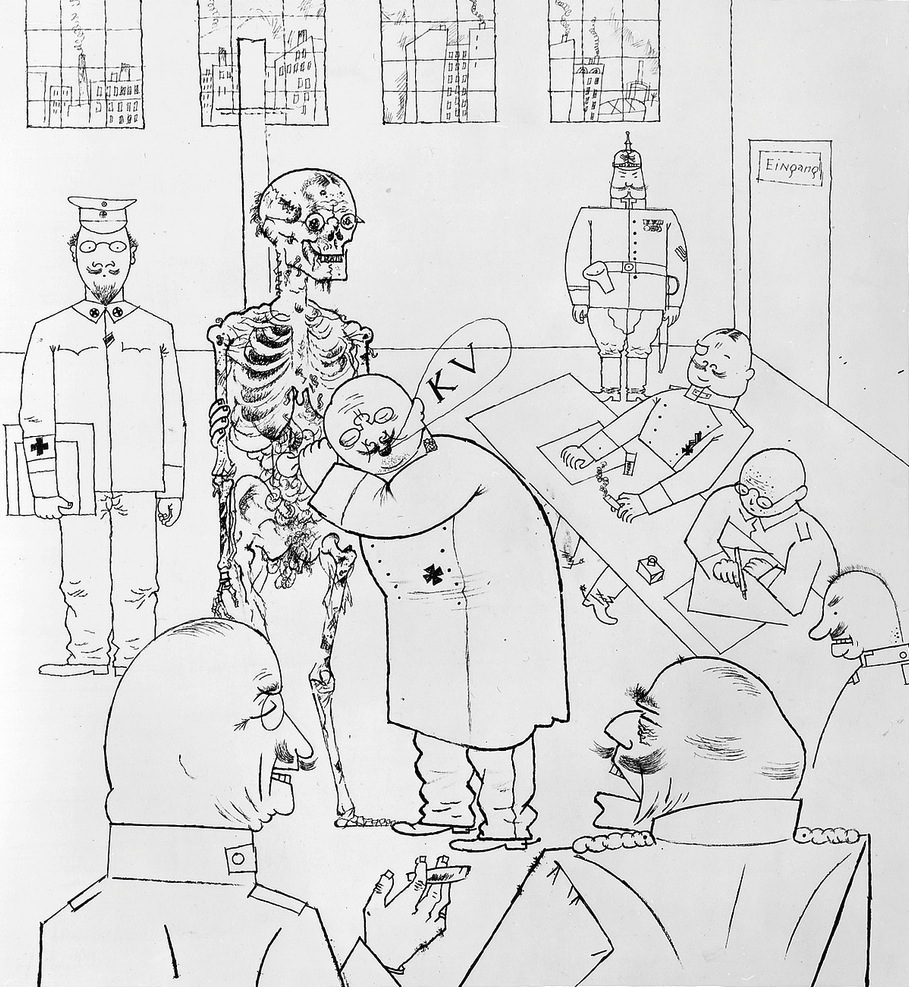 and paintings and drawings of Otto Dix; 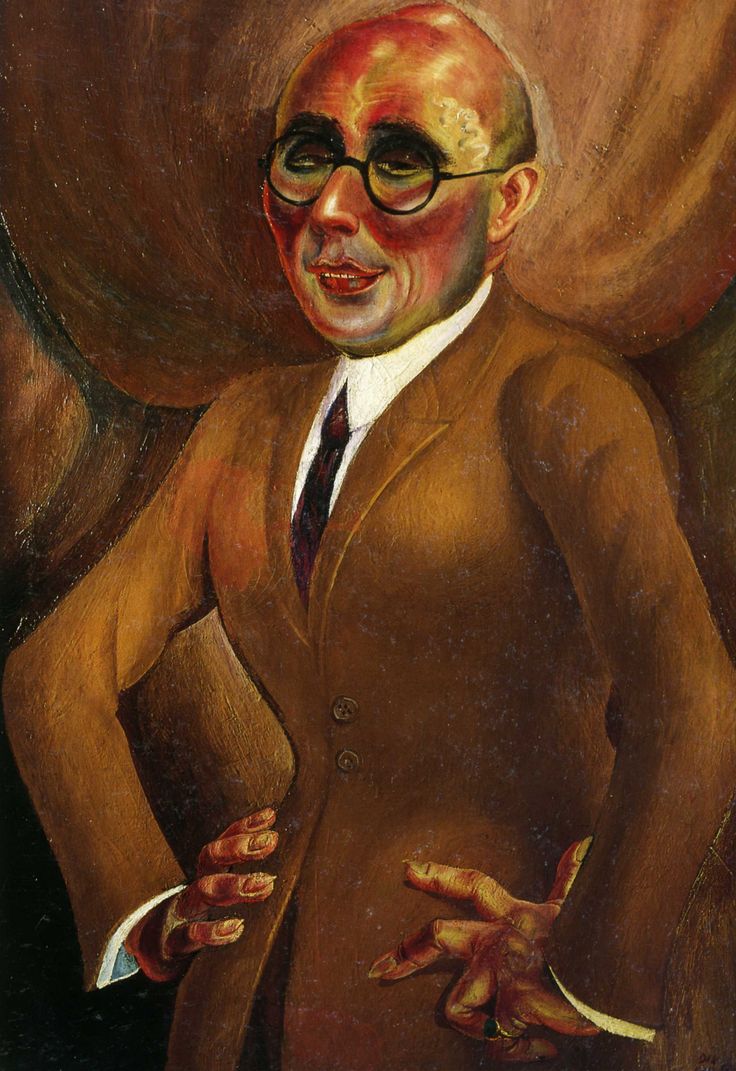 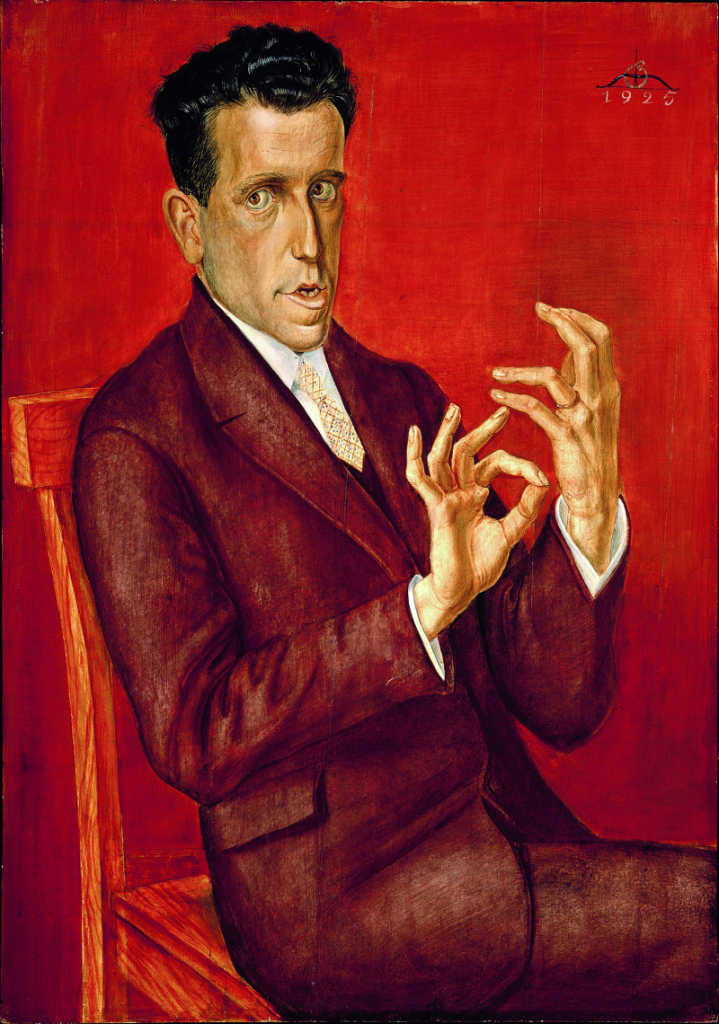 And anyone who’s ever been to a museum knows that the story-coated security forces are non too cool with folks snapping photos, but I did anyway, because Rudolf Schlichter rules; Coupled with the exhibition, there were chronological timelines illustrating the economic and political turmoil of the period, which in part built a perfect foundation for the movement to exist.

Of course as I’ve noted here many times before, I absolutely adore the work of Ralph Steadman, and though to my knowledge, a direct connection has never been made between his work and that of either New Objectivity, or Expressionism, I can’t help but see it in every facet from execution, to subject matter, to both the political and social strife that inspired it; 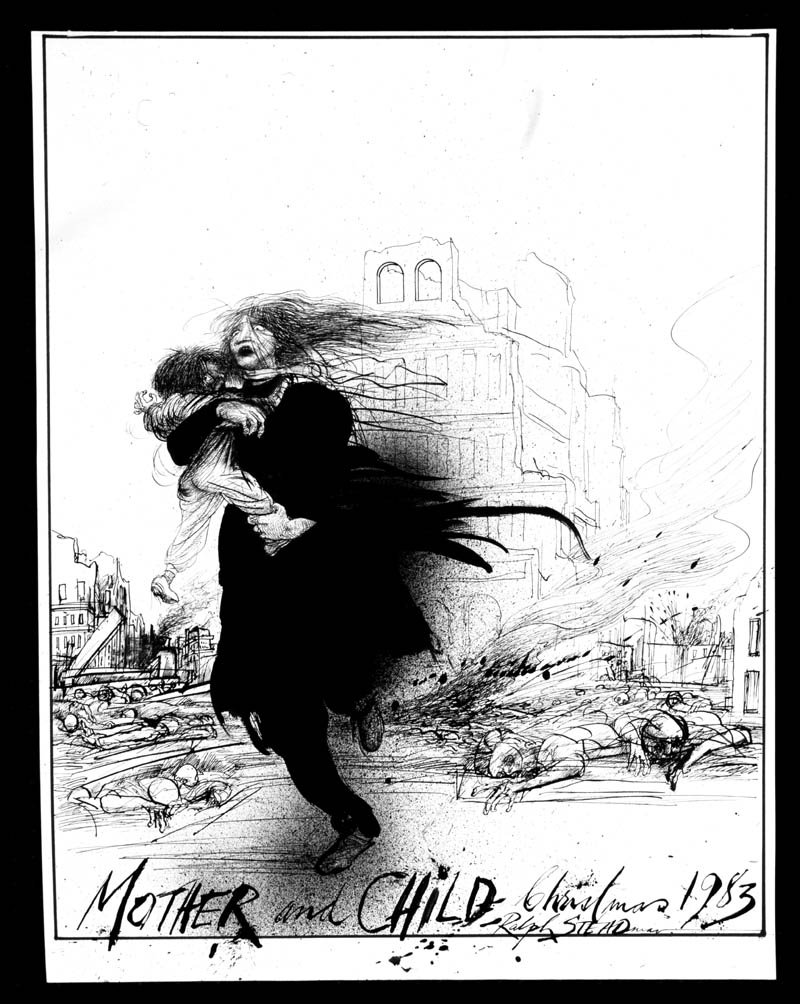 Feeling fully cultured, we eventually made our way to the lower gallery where after many years of reading about it, I was able to finally take in Chris Burden’s ‘Metropolis II’; Oh man, I can’t tell you how full my brain was.

With my final day in town I slept in, and eventually made my way back to US to catch two more shows, one of which was the Water World feature; 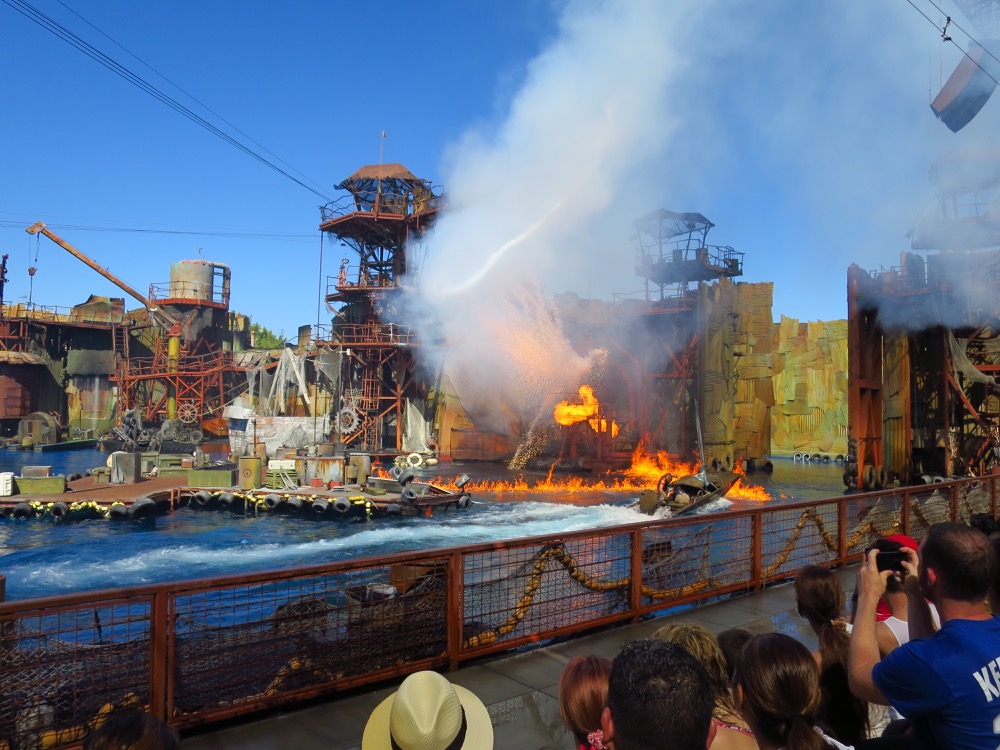 Cheesy as hell, I know… And even though I never even saw the movie, I still love it so much. And by far, the highlight of the final day in town was randomly meeting one of the show’s stuntmen who happened to formerly work in the Wild West show there many years ago, which again, I saw when I was a tiny little kid.

See, this was important to me for one reason. Besides thinking stuntmen are awesome, way back years ago there was a feature of the show when one of the actors falls into quicksand, and slowly gets sucked into the earth, only to re-emerge from behind the set at the show’s conclusion.

This blew my little mind, and for the last thirty nine years of my existence, I stewed on how it was done. I even vaguely put it to Facebook one time, (“I have a question that has been bugging me about the Wild West show, if anybody could lend some insight.“) singling out in particular a chap I know who is a union camera operator on several television shows. He responded with “you’re talking about the quicksand, huh?”

Knowing that I wasn’t alone vindicated my nearly four decades of wondering.

But as I pled my case to the fellow that I met there on Sunday, he happily obliged, and put my years of burning curiosity to rest.

Between the camp of Universal Studios, the inspiration of the LACMA, and my soul being absolutely topped off by the love of the few friends I was able to see, it felt like a fantasy that could only be devised in Hollywood…

6 Responses to “Lights! Camera! Whatever!”