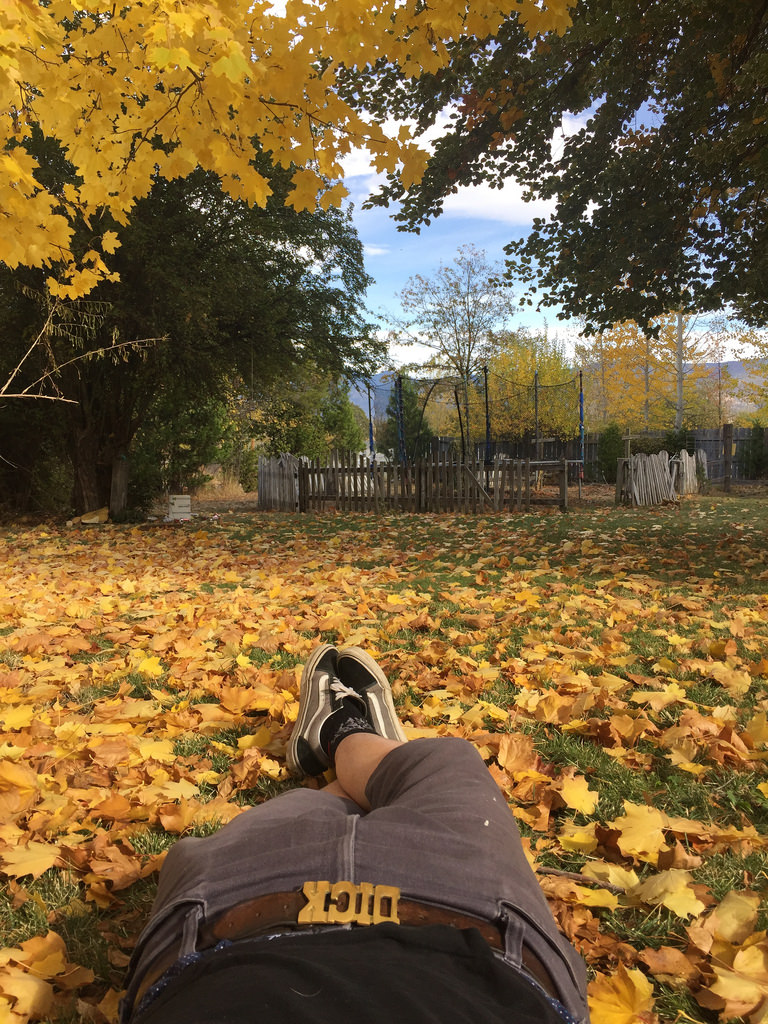 As I briefly noted on Monday, I beat feet north into the wilds of The Mythical State Of Jefferson over the weekend to make some food, drink some drinks, stare at the sky, and do my part in ridding the world of the remaining stock of Orange Oly.

The primary problem that I’d recognized midway through my journey was that I’d forgotten my BB gun. Luckily, in that particular neck of the woods, you can step into any Dairy Queen, Hobby Lobby, or credit union and pick up a new rifle for the price of a song; The song I provided was a ditty I penned myself, the working title for which was “I have fifty dollars, and a hankering to shoot some cans“.

With my new aquisition proudly tucked under my arm, I strutted from the shop in question with visions of BB riddled cans dancing in my head.

There was also the small matter of Halloween we had to deal with as well, and causing problems for the hapless individual who might be the first to fall while still wearing their shoes; 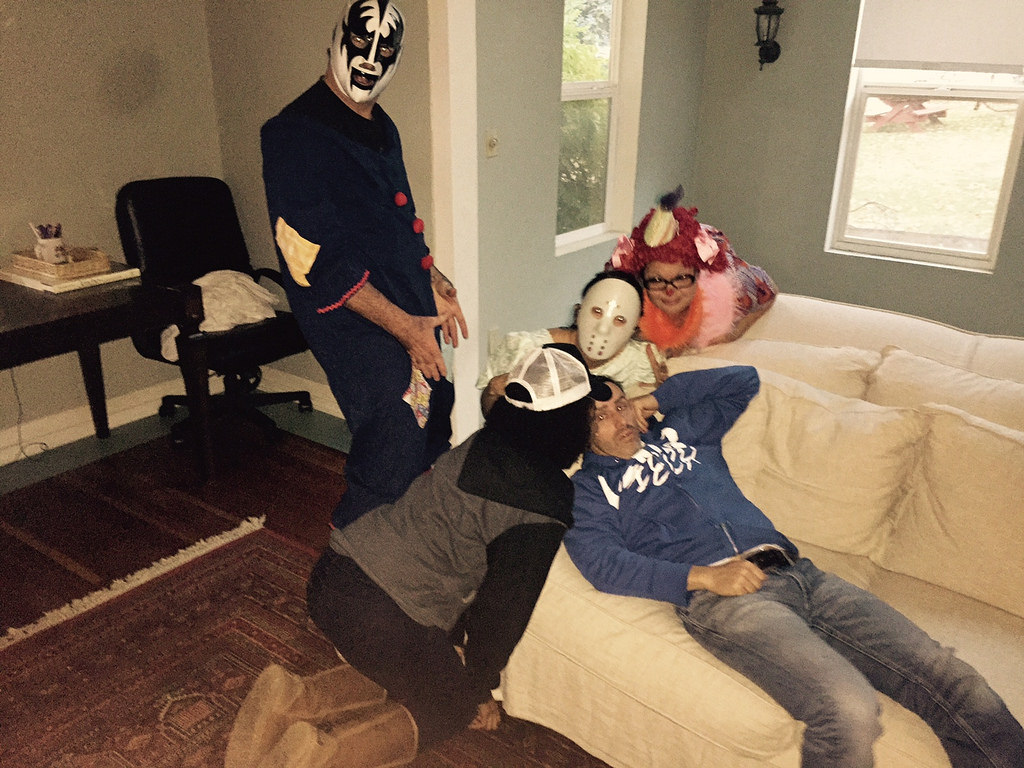 Not the scene I’d prefer to wake up to, and based on the expression on Ben’s face, the feeling was mutual.

But to be fair, it was still day time, and he was really just coming out of an afternoon nap, and not a booze induced slumber, so for the time being, the Sharpies remained capped.

Besides the aforementioned activities, we held the All Hallows Eve holiday down appropriately; 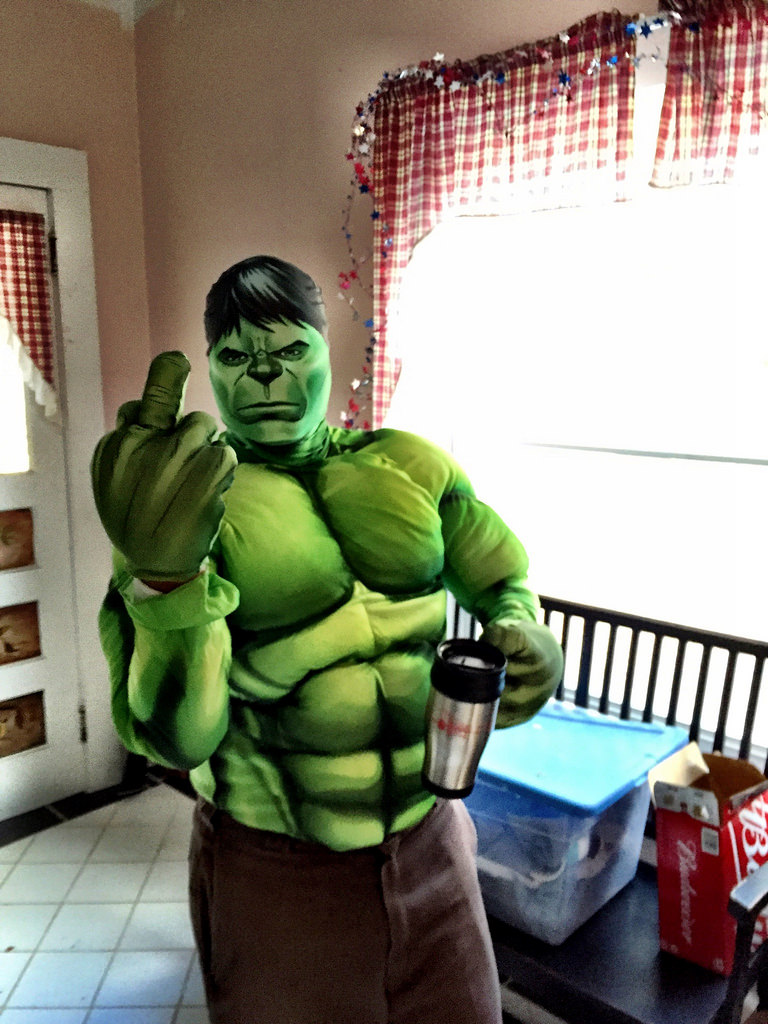 Chasing people around with a bottle and rattle…terrifying. 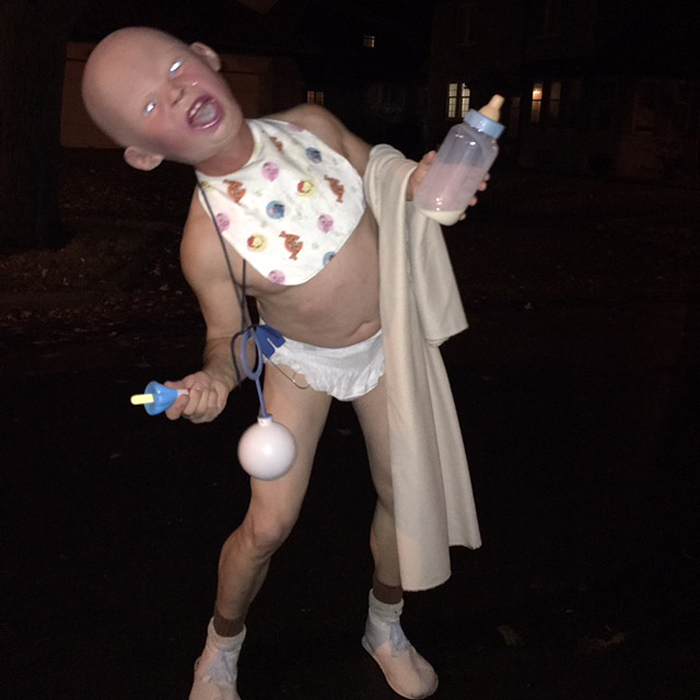 And just like that, Patrick has helped me sort out my next year’s costumery.

I suspect my abundantly hairy man-chest will only serve to put the ‘disgusting’ in that particular disguise.

Sadly, during my upbringing Halloween kinda fell through the cracks, as I lived about fifteen miles outside of the middle of nowhere, and I had about ten neighbors’ houses to trick-or-treat at and it wasn’t until I was in college before I found out what the hubbub was about. Finally now in my 45th year on this planet (this time around), I’m finally beginning to wrap my mind around it.

In years past however, it was with simi-regularity that I made my way to Minneapolis to get dirty with friends at their annual Homie Fall Fest, which is just about as much fun as one can have with two wheels and one gear; 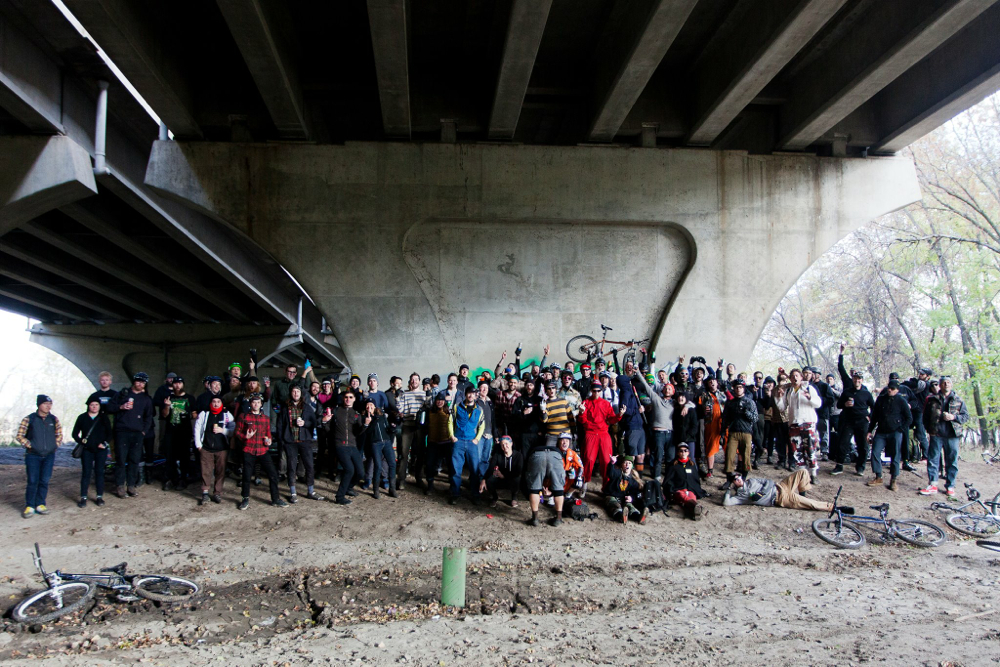 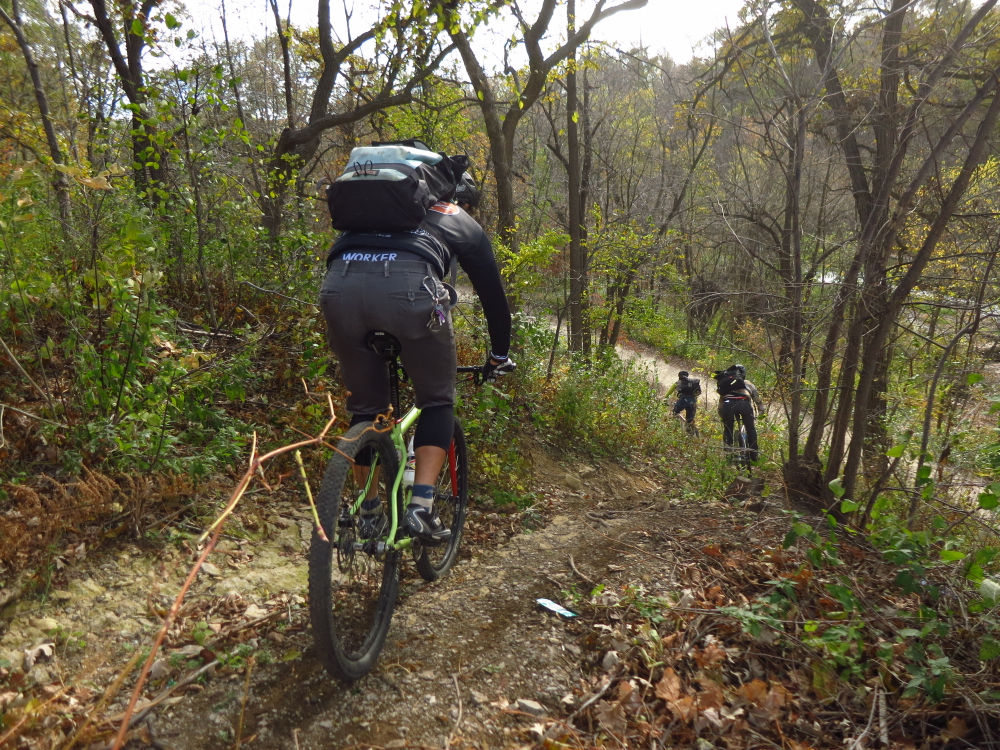 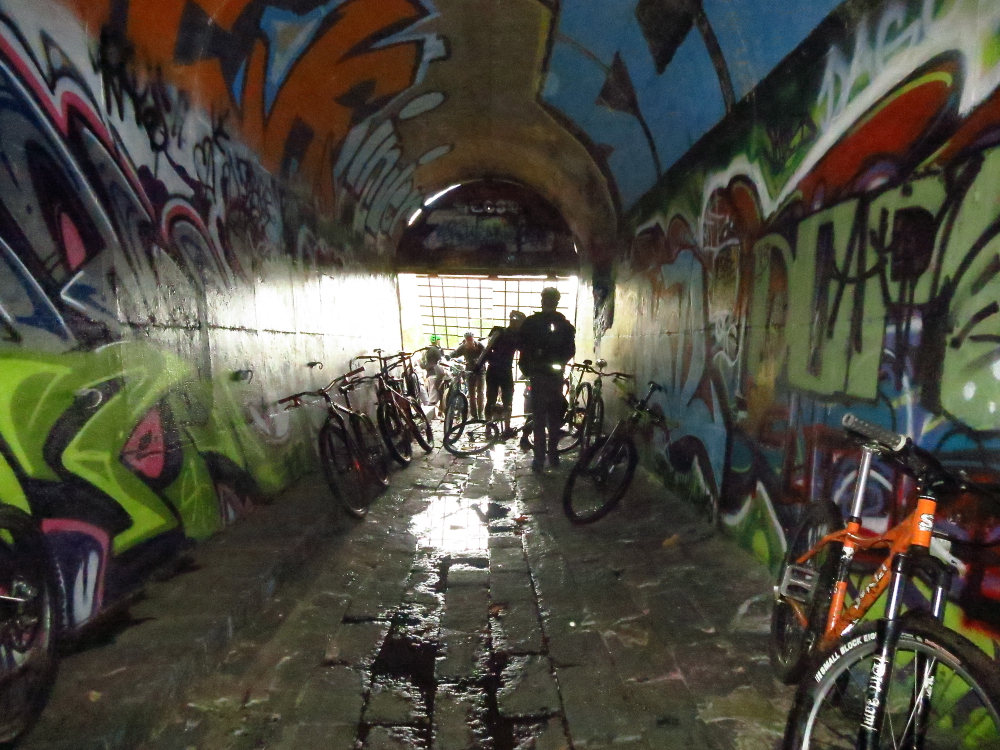 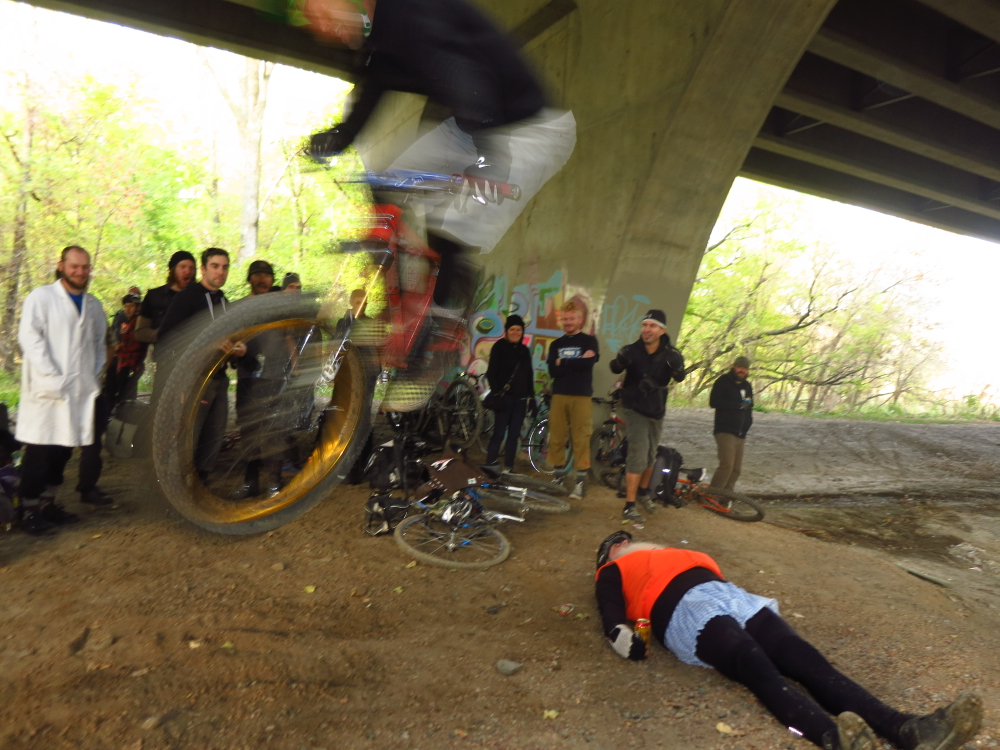 After putting out the call to a smattering of Twin Citizens for a bit of reporting, I heard back from no fewer than zero people on the matter, so we were at risk of having to let our imaginations run wild. Because it’s how bike drunkards roll, I’d imagine we’ll be getting word back on the matter no later than next August.

I guess you get what you pay for.

Luckily Bike Jerks Jeff, who also moonlights at Maximo Supremo residents All City Bikecycles came through and let me cut and paste some goods straight from his own blurg which looks something like this;

On Saturday the annual Homie Fall Fest, aka: The Blow Me Fall Colours Tour, took place in Minneapolis. This is one of those things that is truly unique to the Minneapolis bike scene as unlike most other major cities, mountain bikes have always been an integral part of our urban cycling culture. The bike communities’ godfathers (and mothers) were largely both messengers and mountain bikers, and before we had alley cats and Bandit Cross, we had an illegal single speed race series; 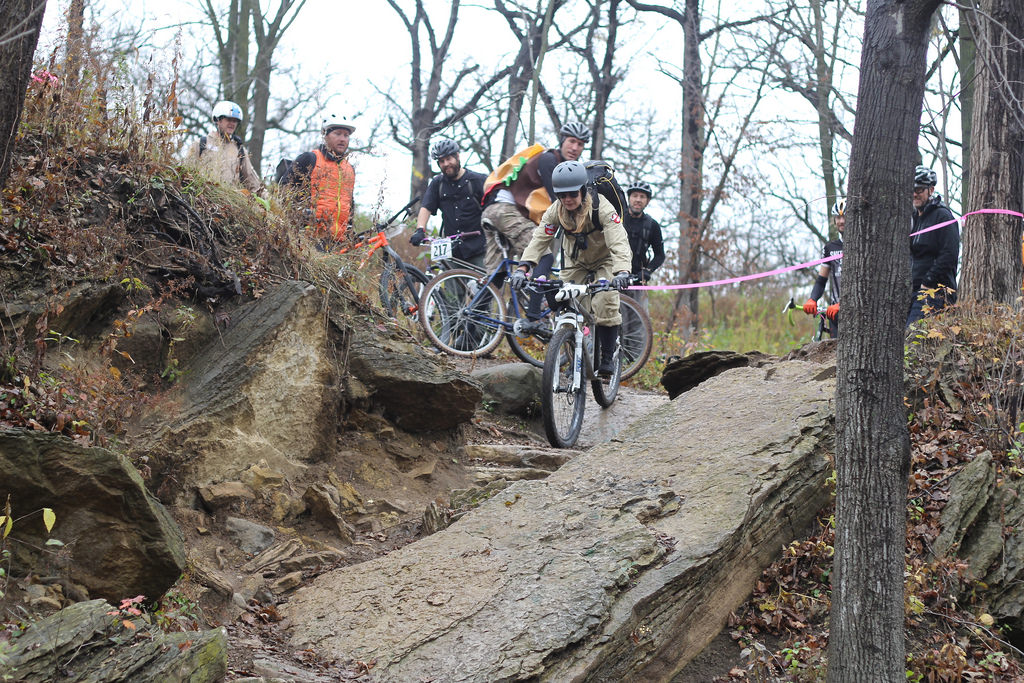 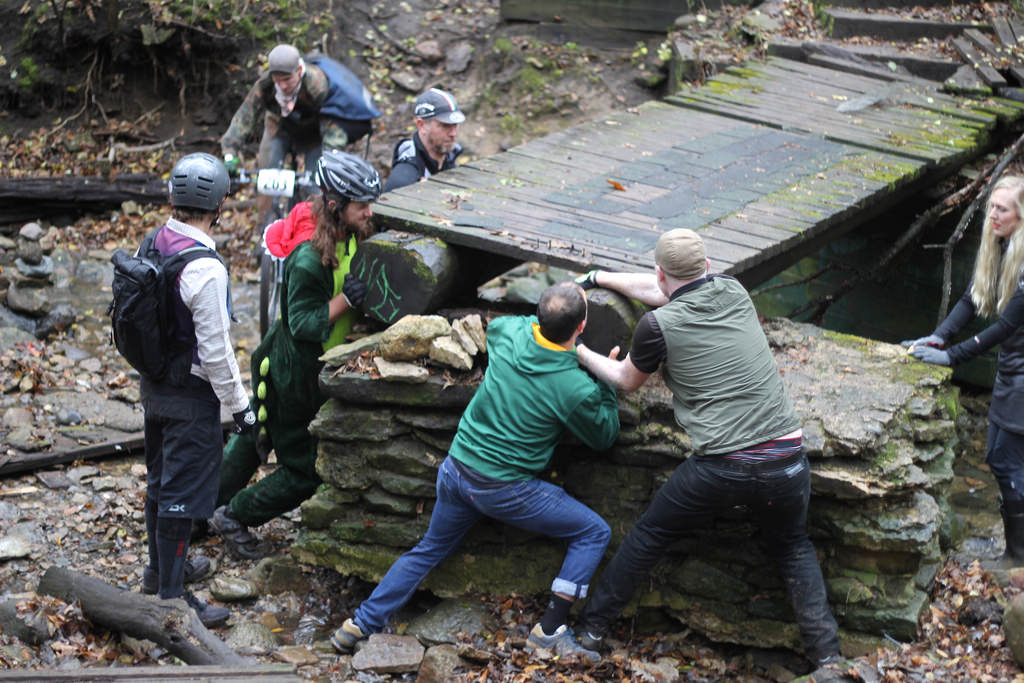 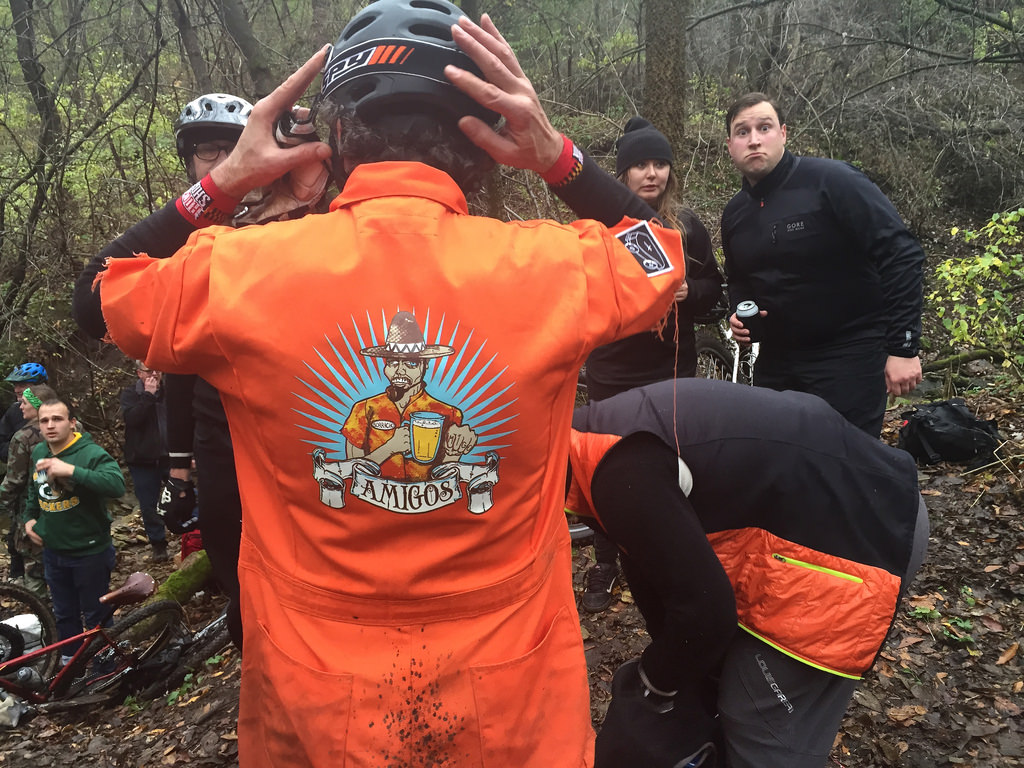 Homie is the remaining vestige of that series, and this year Gene decided to use a new format: The Clownduro. This consisted of several “timed” (as in no one actually bothered to keep track after the first timed section) sections of superhuman feats of strength on the bike. Or at least they appeared superhuman through the thick haze of drunkenness and edibles that permeated the day.

Jeff is a good cat to have both in the figurative, and literal trenches. I say it after every year I don’t go, but Im really gonna have to go next year.

Another bit of news I got from other stretches of the Midwest was from Young Carl at Lincoln’s own Monkeywrech Cycles, regarding a fantastic project they currently have brewing;

Hope the everything is well in Oak Land. Would you be willing to promote the shop’s new venture with Steve Potts on you’re weblog? Basically it’s a collaboration between Steve, his son Daniel, and us here at the shop. It’s a stock sized, non suspension corrected 27.5+ bike that can alternatively haul, shred, or both; 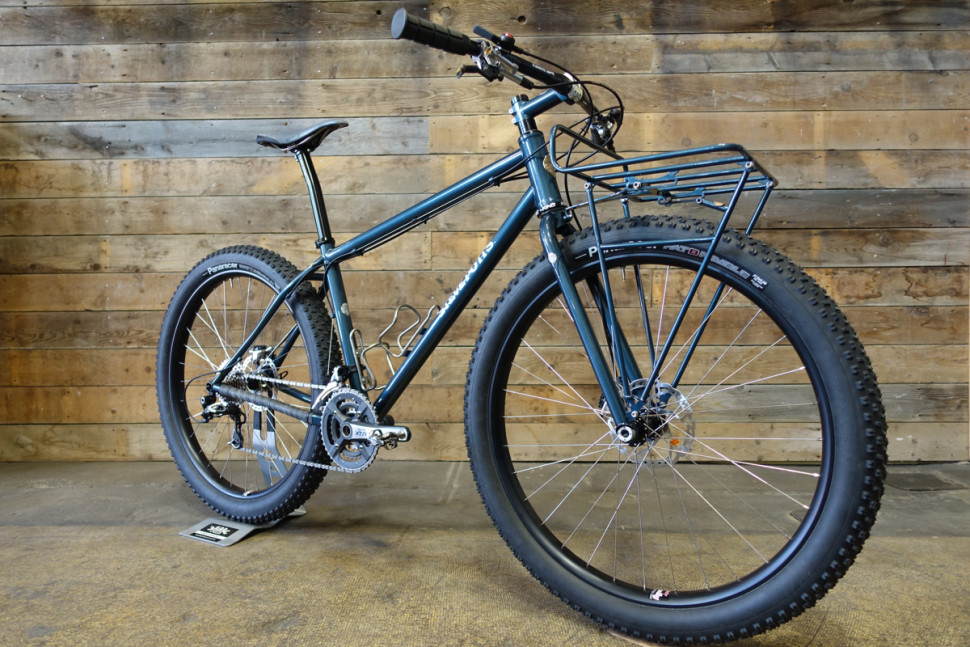 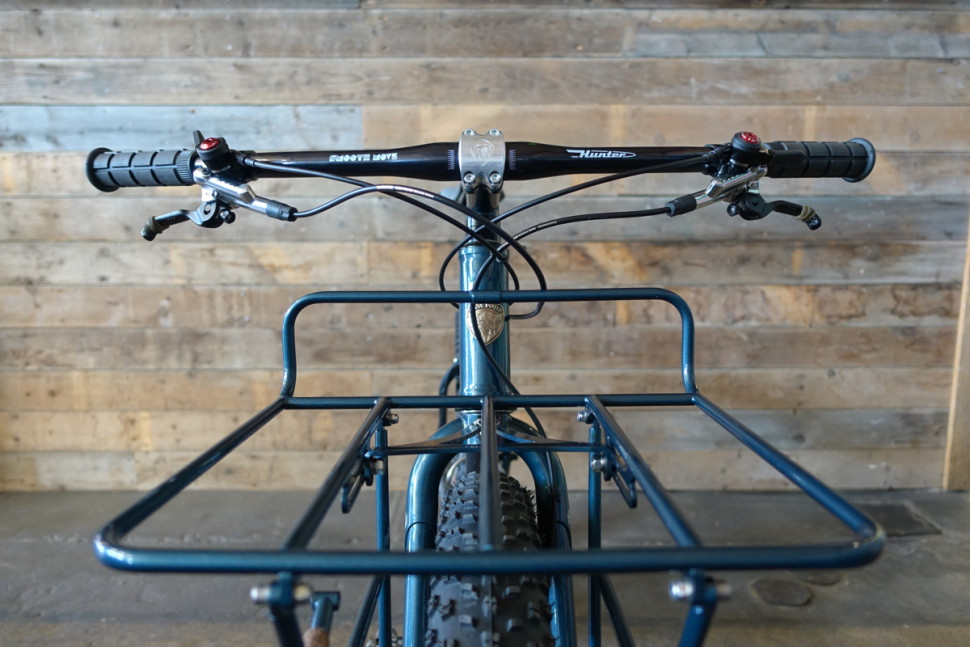 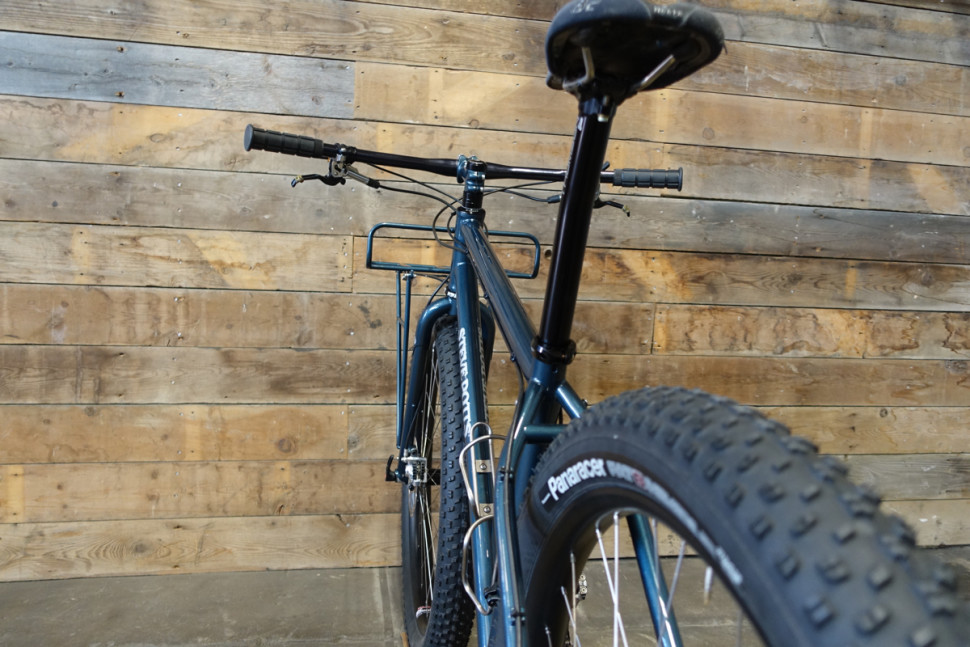 Lots more details in that previous blog post, and folks are encouraged to email with any questions or for more details info(at)monkeywrenchcycles(com)com.

Good heavens, if that’s not one of the finest looking machines my eyeball balls have ever seen.

It’s not a BB gun and a case of wretched beer, but I suspect that a trip around the woods on that beaut would offer up some high quality rest and relaxation time, just the same.

2 Responses to “A little R&R does a body good.”