Good day readership, and if your world currently looks like this; 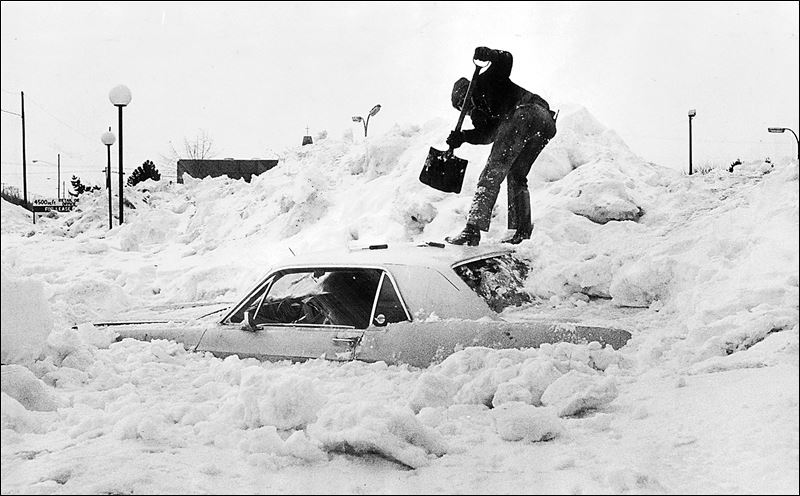 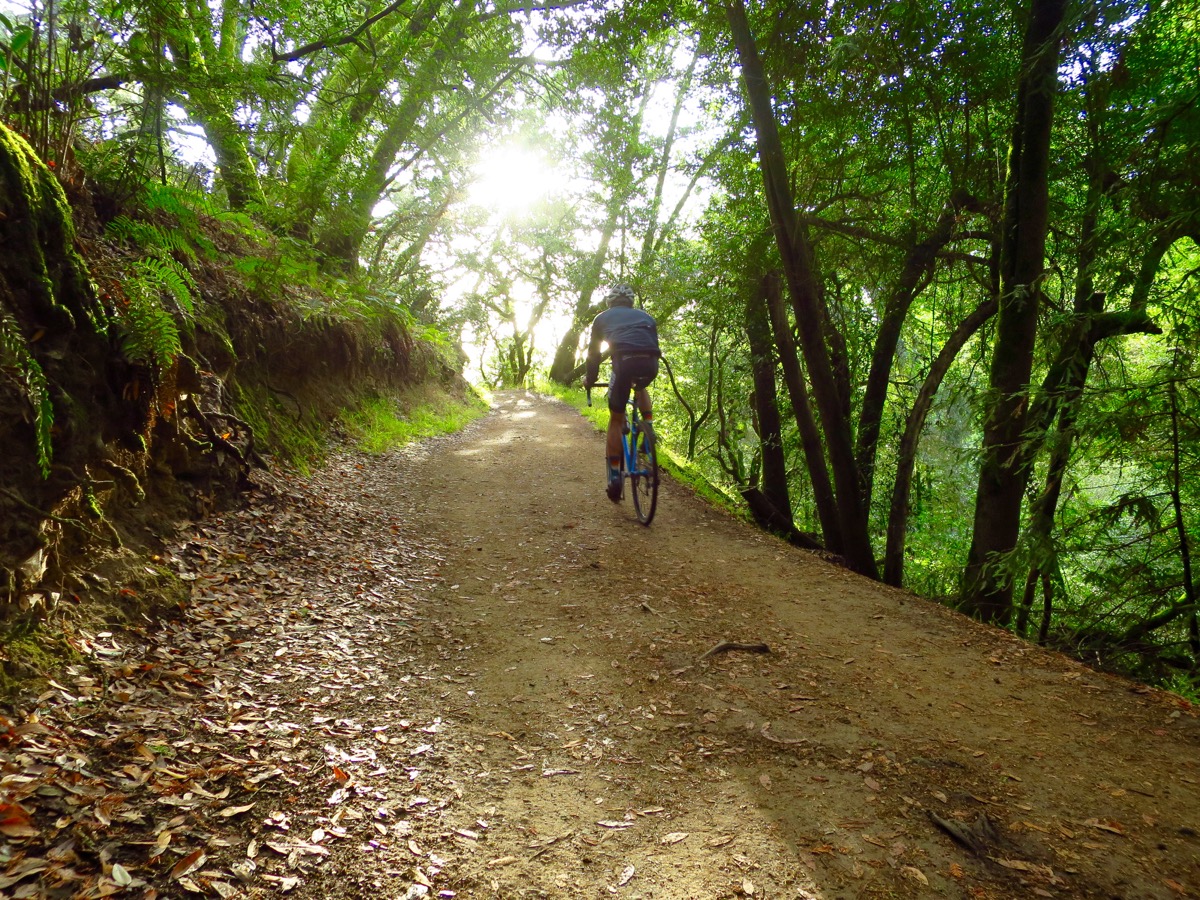 When you hurt, I hurt and together we are one.

Though I can’t shovel out your mustang, or bring the sun out, or make the mountains of white stuff go away any more quickly, then perhaps I can simply warm your heart’s cockles with a new t-shirt of the month.

Way back in the year of 2004 I contacted Sticker Guy with a request to make me some decals for me emblazoned with the simple phrase ‘Drink Beer, Ride Bikes, Go Fuck Yourself‘, which at this point has probably been my best selling sticker. Of the years, the phrase, or variations thereof have been appropriated by many, which more than anything shows a mind-numbingly glaring lack of creativity on their part.

Because really- I don’t even consider it my finest work.

Anyway, in my ongoing T-shirt of the month club, it just stood to reason to make this phrase the next one available;

If you feel compelled to update your church clothes, then by all means you should take the opportunity over the course of the next month and do so.

As if the last shirt passed you by, well then I apologize and promise to hit you over the head twice as much for the next thirty days with this one.

Only relating to black shirts and bad words inasmuch as he’s probably a fan of both, this past Thursday the 22nd was the birthday of the one and only Andrei ‘I Kill What I Eat’ Tchmil; 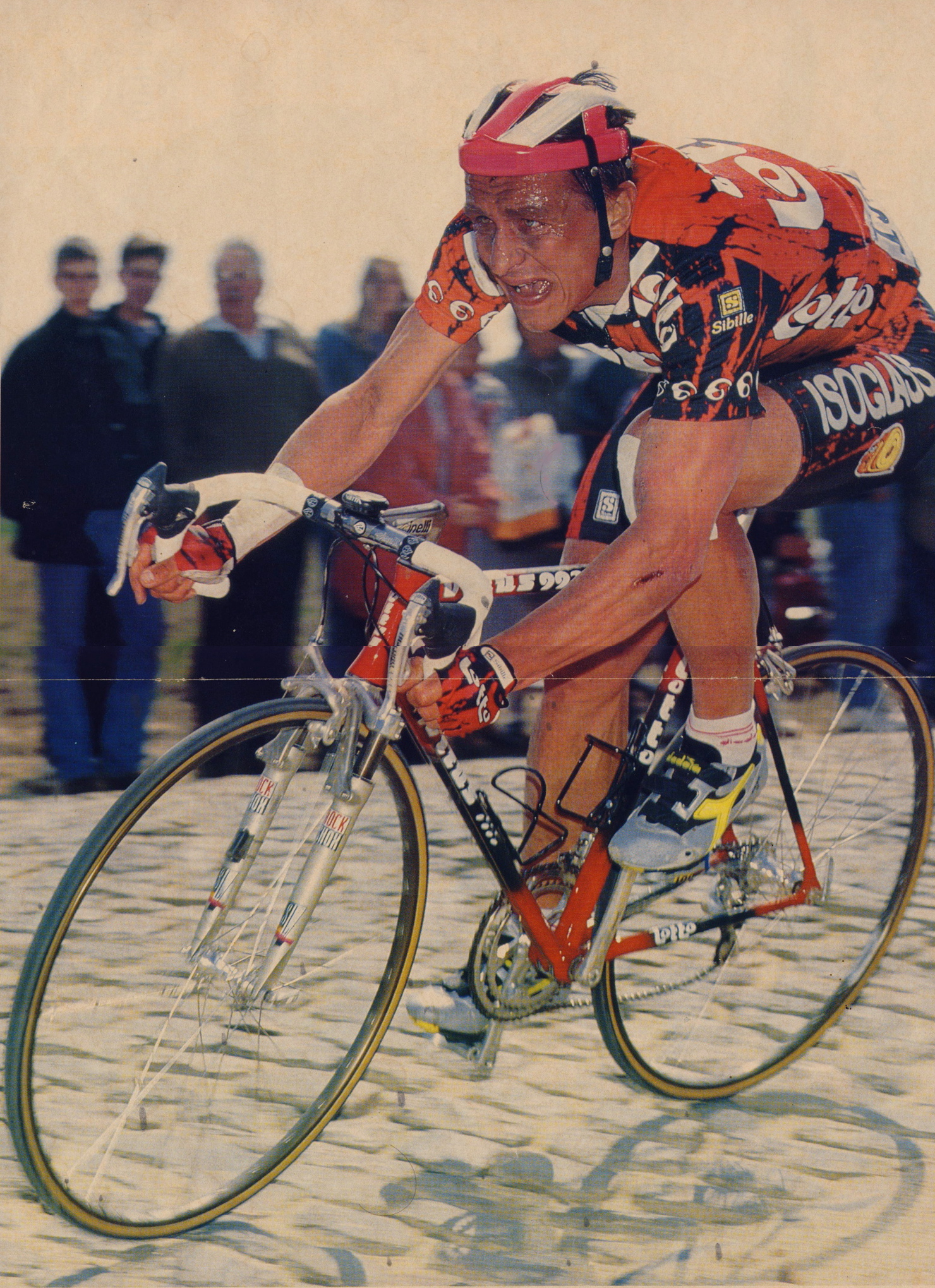 He, his legacy, his legend, and that image are four of my favorite things ever.

So hey- Check this story out.

I’ve lightly chronicled this over on the Instagrams but will detail it a bit more here. Last August my pal Jason Jagel got ahold of me and said that there was a fella who worked for Pabst that had tapped him to make some art for a PBR inspired show that was to happen a couple weeks following.

It sounded like fun to me, so I came home and knocked out this here watercolor; 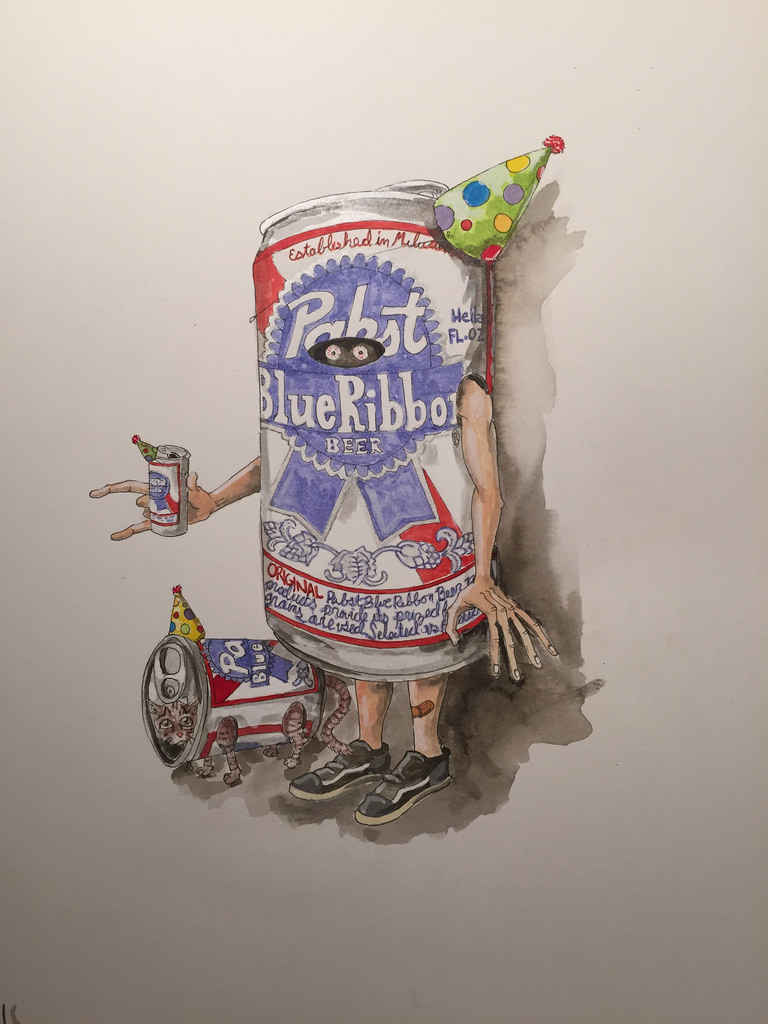 Soon enough the show happened which I had to miss due to being in Bellingham with Kona Bikecycles (part one and two if you care). Weeks went by, which turned into months when I finally got an email from someone at PBR corporate saying that they wanted to buy my piece. I responded with a nominal dollar amount. He said they wanted to use it commercially, so I countered with a much higher offer, which they declined.

I explained that because I’ve got bills to pay, I would be quite happy to negotiate. No response. More months went by. Then finally, only about a month ago I once again got an email from corporate congratulating me and saying that I’d won some money, the opportunity to potentially be a part of a national campaign, and so on.

Confused, I thanked them for the congratulations, and went on about my day. Later on I received a text from the fella with whom I’d initially been in contact regarding submitting work, and he too congratulated me.

“Thank you“, I started. “But why is everyone congratulating me?” “You won.” He said.”Won what?” I countered.

And so he explained.

Apparently what I thought was just a PBR art show for a couple dozen artist types at a local dive bar was one of many, many similar events all over the country, featuring the work of legions of talented people. Somehow, by the grace of Dog, when it came time for the corporate heads to have a round table and pick with work they wanted to present with top honors, mine rose to the surface.

“Did you tell me it was a contest?” I asked my contact. He assured me that it was plain as day in the first email.

I went back and re-read that email a few times, and still don’t see what what he’s talking about.

The long and the short of it is that the story has a moral, the gist of which is just simply that it’s best to stay confused.

Not relating to that, but kinda, but not really- You know there are only about two weeks left before the submission deadline of The Great AHTBM Nerd Off?

I was felling pretty good about myself until Mike came though with an example of where the bar’s been set; 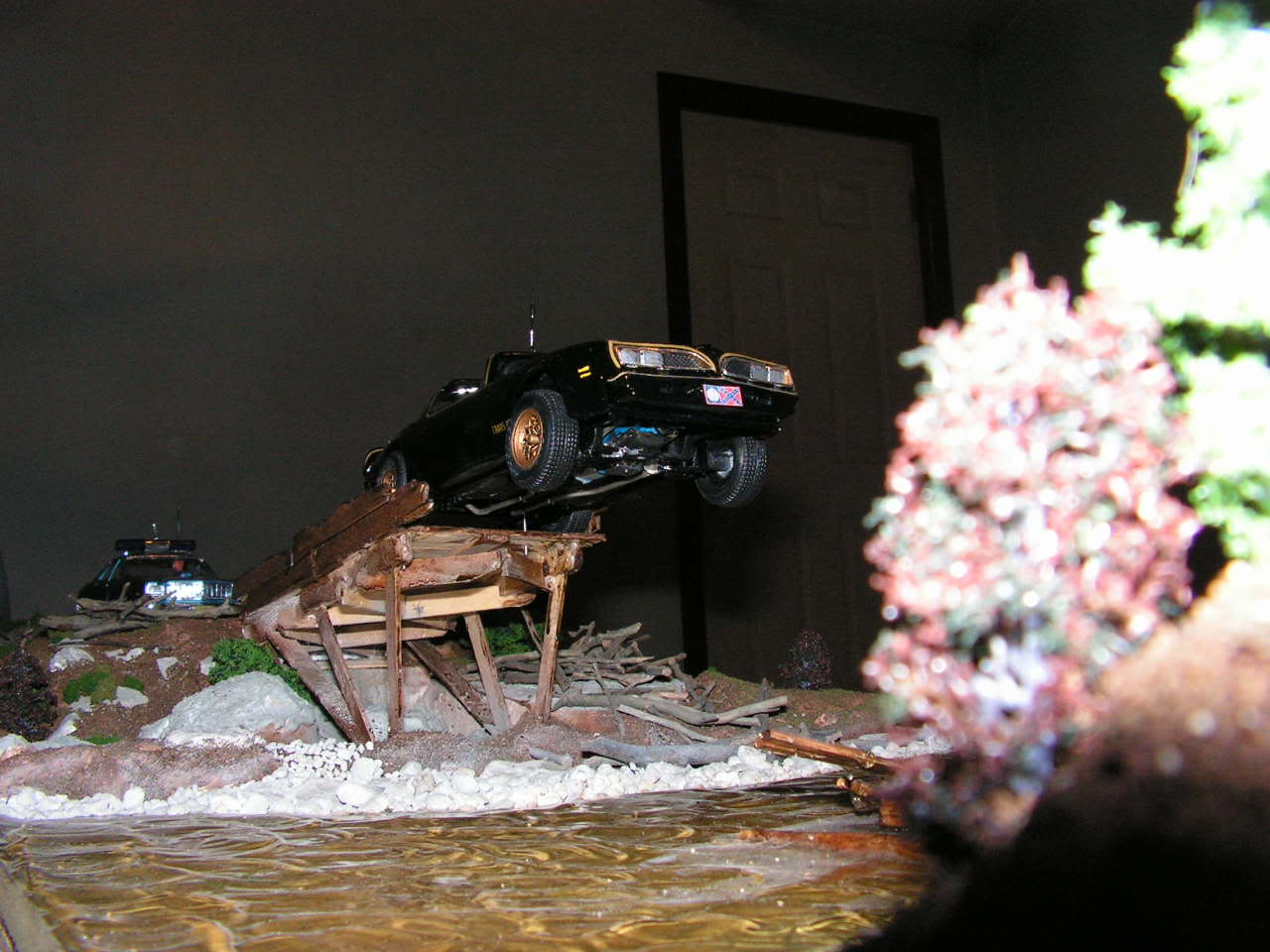 Of course, upon seeing this, I got sucked down the Internet rabbit hole; 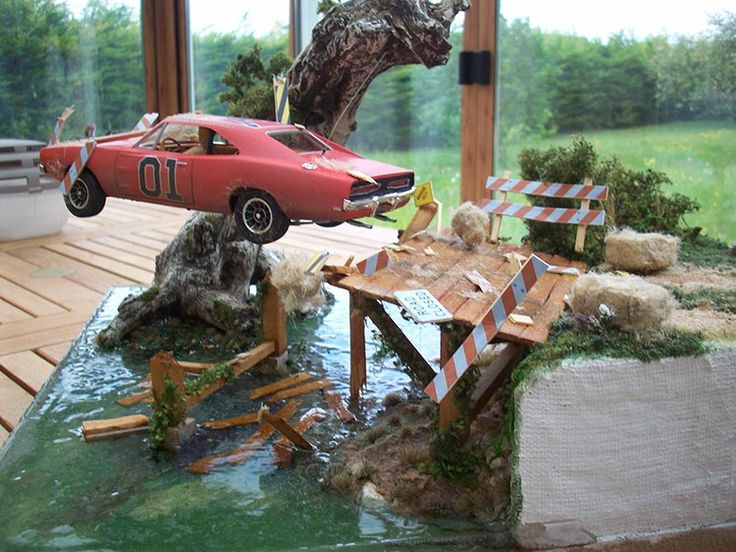 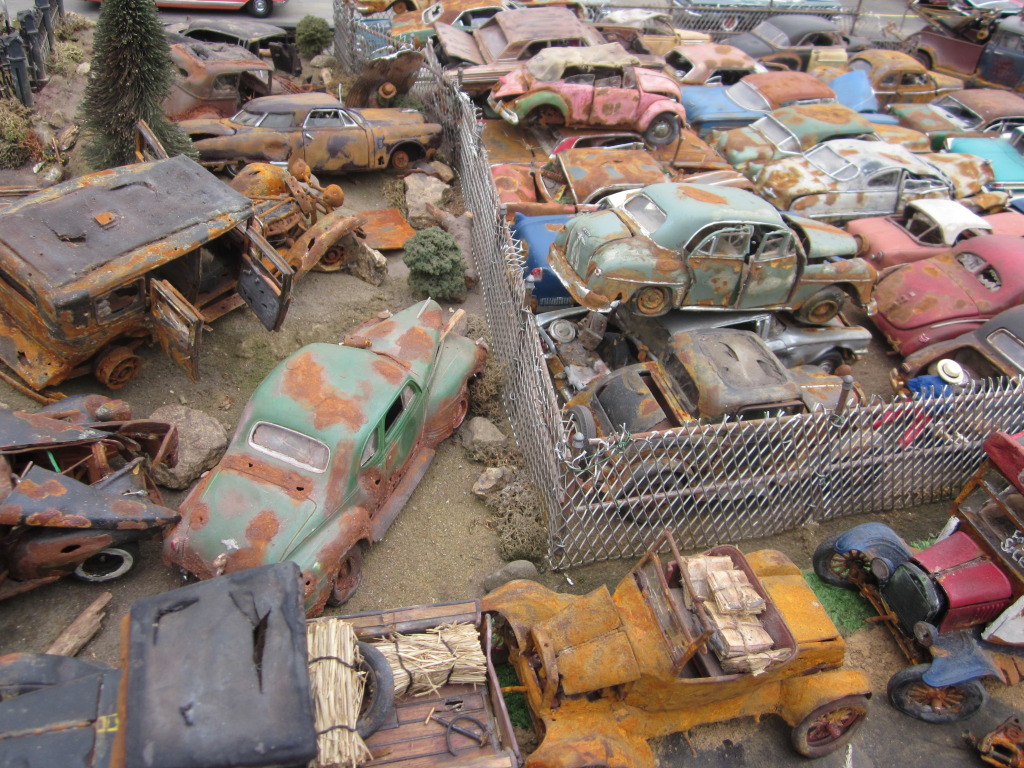 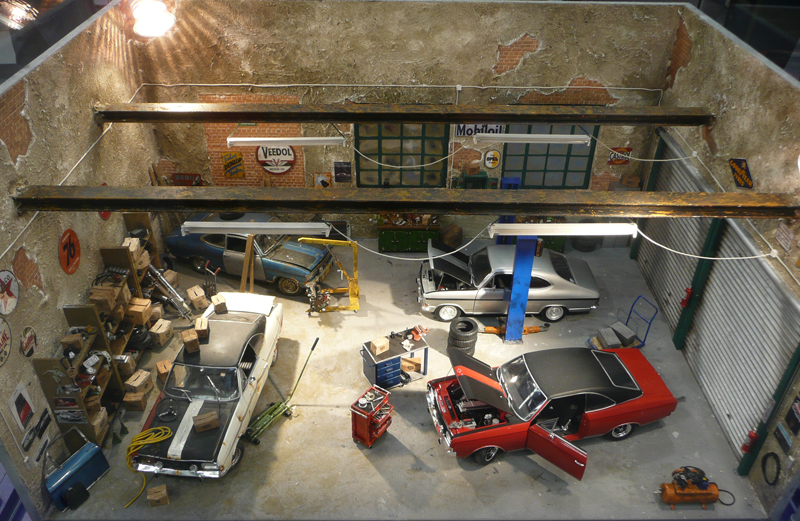 Apparently I still have some work cut out for me.

Admittedly, none of these are Mike’s, or mine, or as far as I know, anyone who cares for sleep, but it shows just what is possible when you’re either extraordinarily committed, or just perhaps stranded in the midst of the current, and/or next worst blizzard.

11 Responses to “Shucking and shoveling.”