Some days on this here site I’ll have a cohesive thought that will carry through the start of the post to the finish. Some days I will have nothing to present but fractured schizophrenia. Thought after thought barely relating to anything, let alone some common thread contained therein. 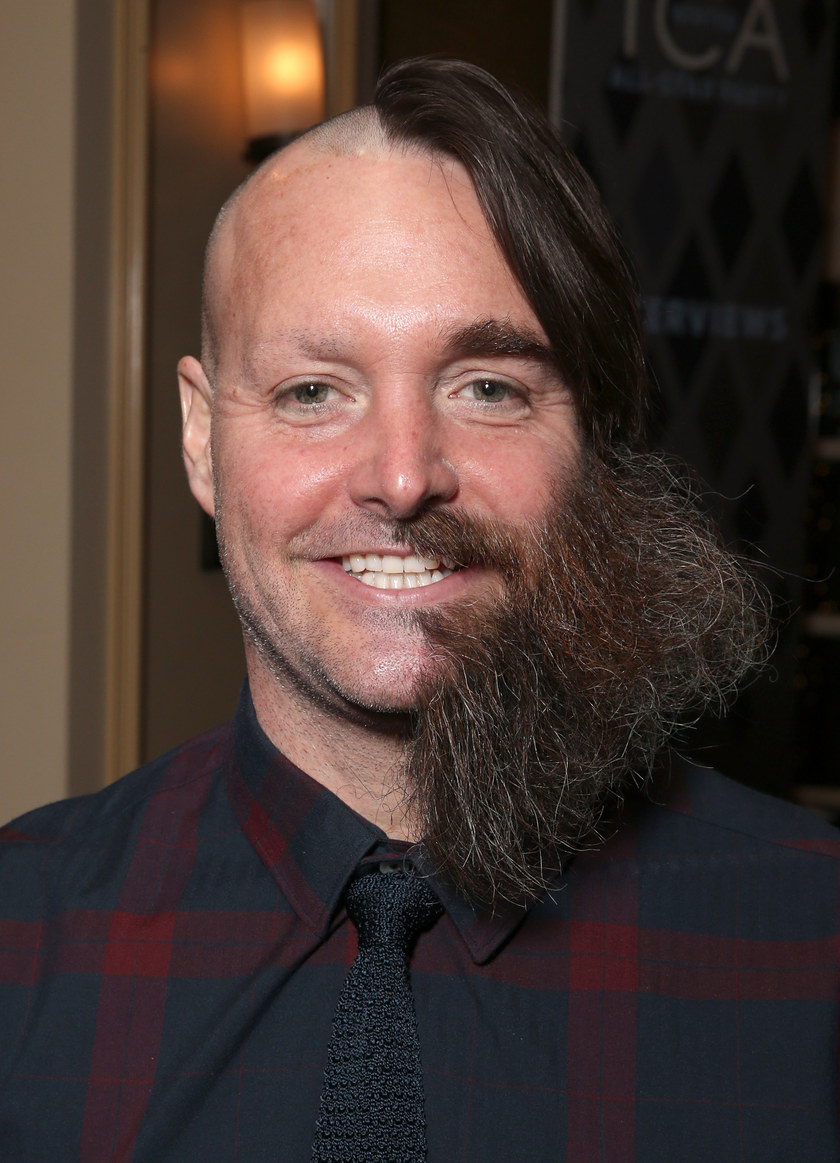 Today is one of those days.

First things first, an important bit of news crossed my desk recently regarding a giant drawing a dong in the snow.

The short version is that someone drew said giant dong on a frozen river in Sweden. Once it was noticed, the ice was too thin for workers to get out on to and erase it, but eventually, because human beings are developed primates and can do stuff like put people in space, and produce shows like ‘Here Comes Honey Boo Boo‘, they figured out a way and rubbed it out of existence.

But that’s not where the story ends.

One of the workers who helped remove it had a change of heart and made a commitment to bring it back, bigger and badder than ever; 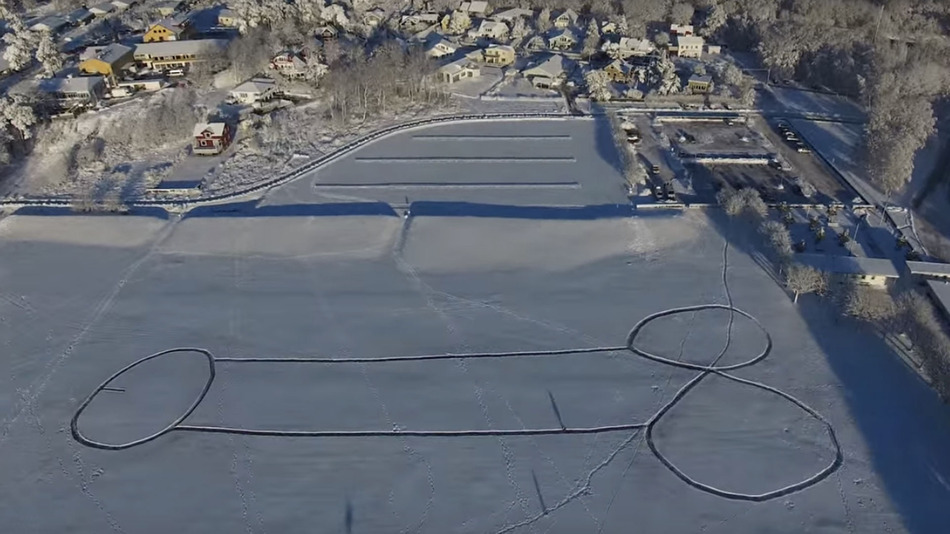 As the adage goes, not all heroes wear capes.

And I suppose while we’re on the topic of being profoundly developmentally arrested, I should probably redirect your attention to the following trailer;

I have yet to see the full length (again, no pun intended) but I look forward to it making the film festival rounds. Sundance is happening currently I believe, and unfortunately my weekend Park City mansion is being fumigated, and my film festival clothes are in the wash; 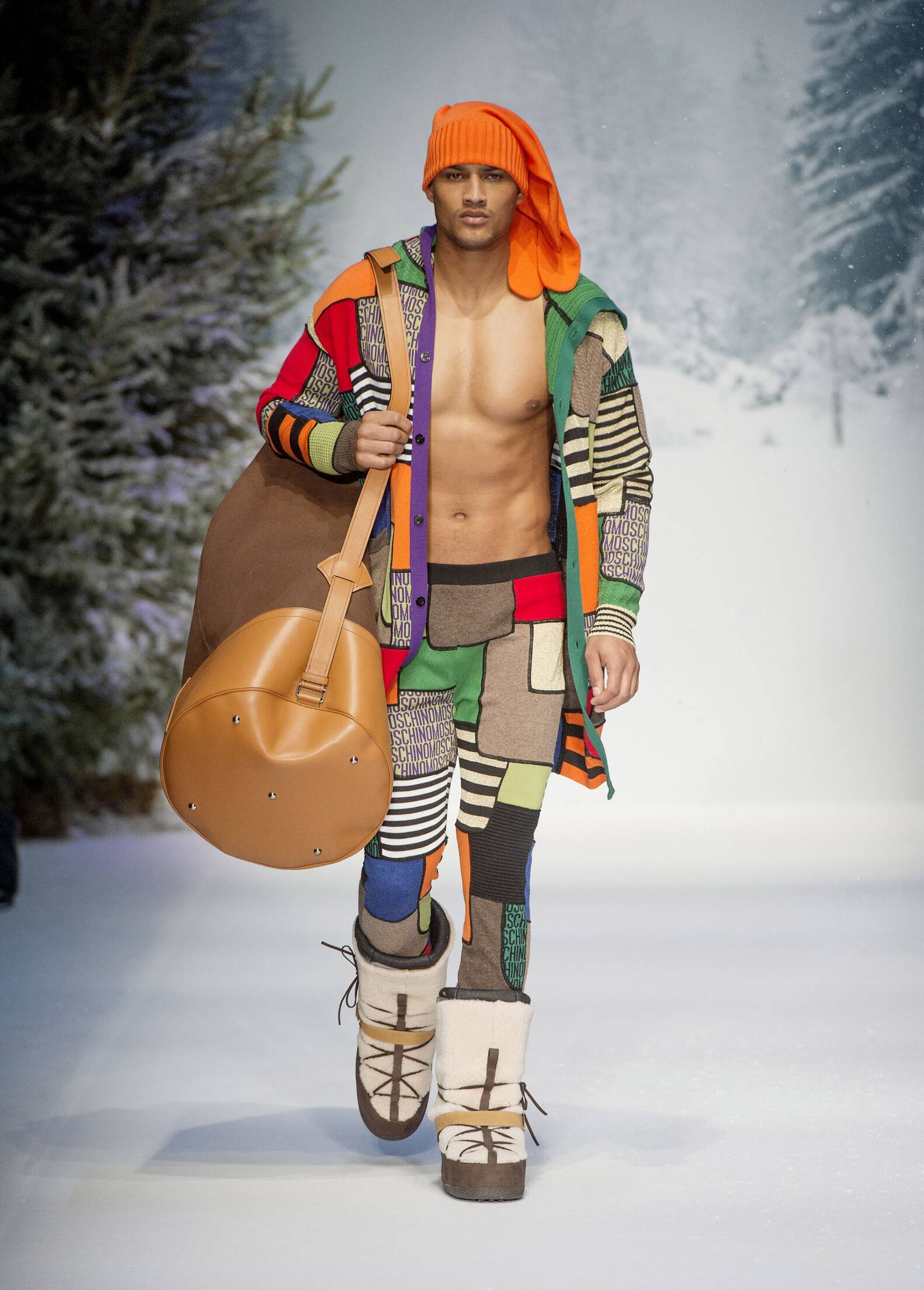 What a bummer for me, and anyone who might lay eyes upon me also.

Moving on to mountain matters, that really actually do matter- Many moons ago I posted the following trailer for a documentary about the mysterious disappearance of Mountain Bike Hall Of Famer Mike Rust;

Well, it seems after all of this time, the mystery may have finally been solved.

It’s really such a convoluted and twisting case, I can’t imagine what his friends and family must have gone through these last many years.

For their sake I hope recent developments will finally offer them some closure and much needed peace, and to Mike, wherever he is, I hope all the winds are the tail kind; 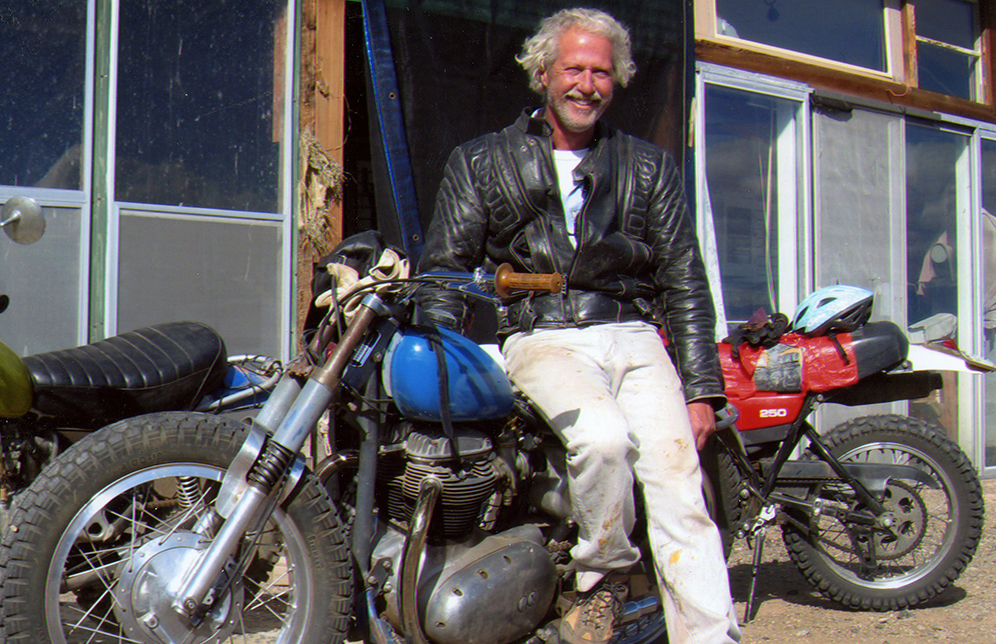 As we spit and spurt our way through today’s effort I feel compelled to mention that though Sunday evening was the 2016 kit deadline, I just received a sublimation/color sample from Voler for approval, which was taken care of almost immediately; 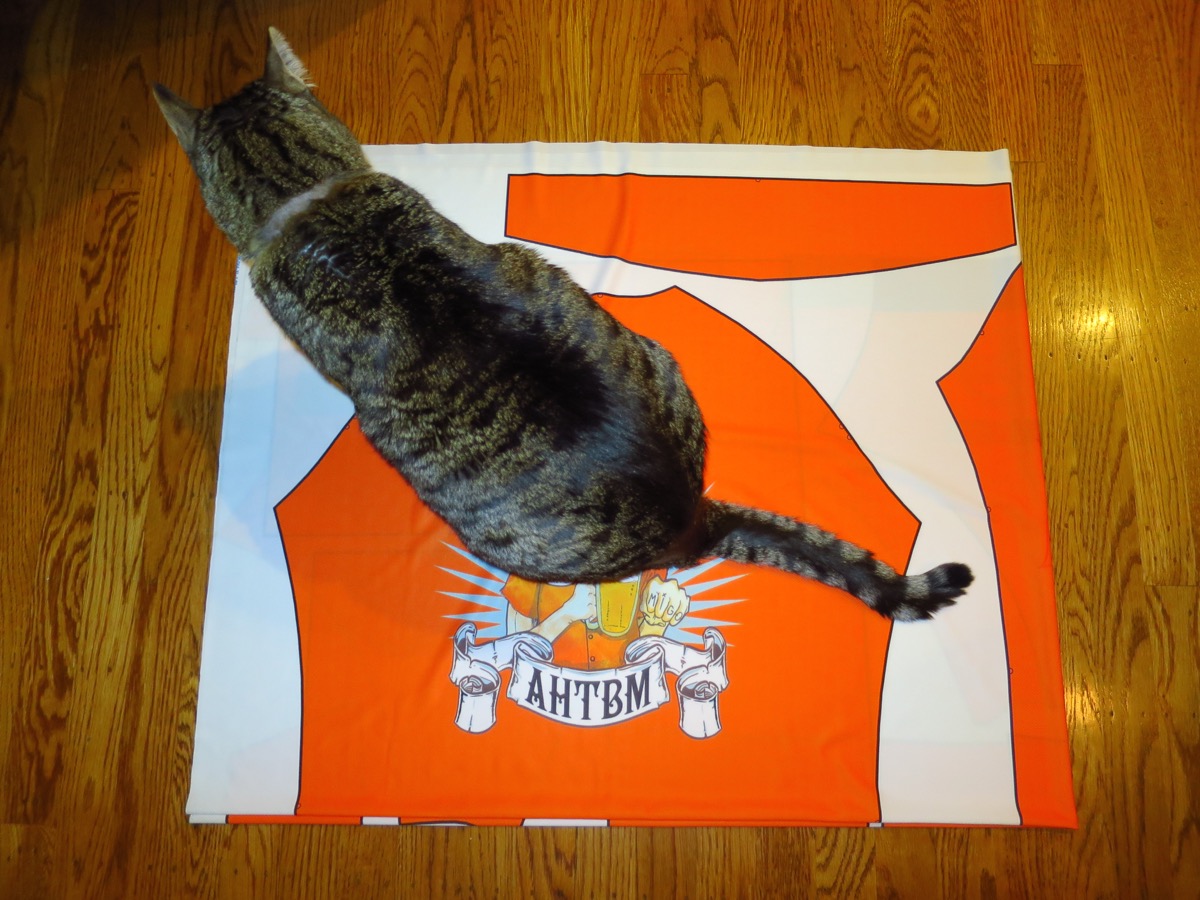 Though this kit is in the process of being buttoned up, don’t forget that my Analog Forest jersey is and will continue be available for any and all who want it; They come in black or grey in either men’s or women’s cuts, and will obviously make you ten to fifteen percent better looking.

Likewise, it could even make you a better bike rider.

But not Hoogerheide level better; 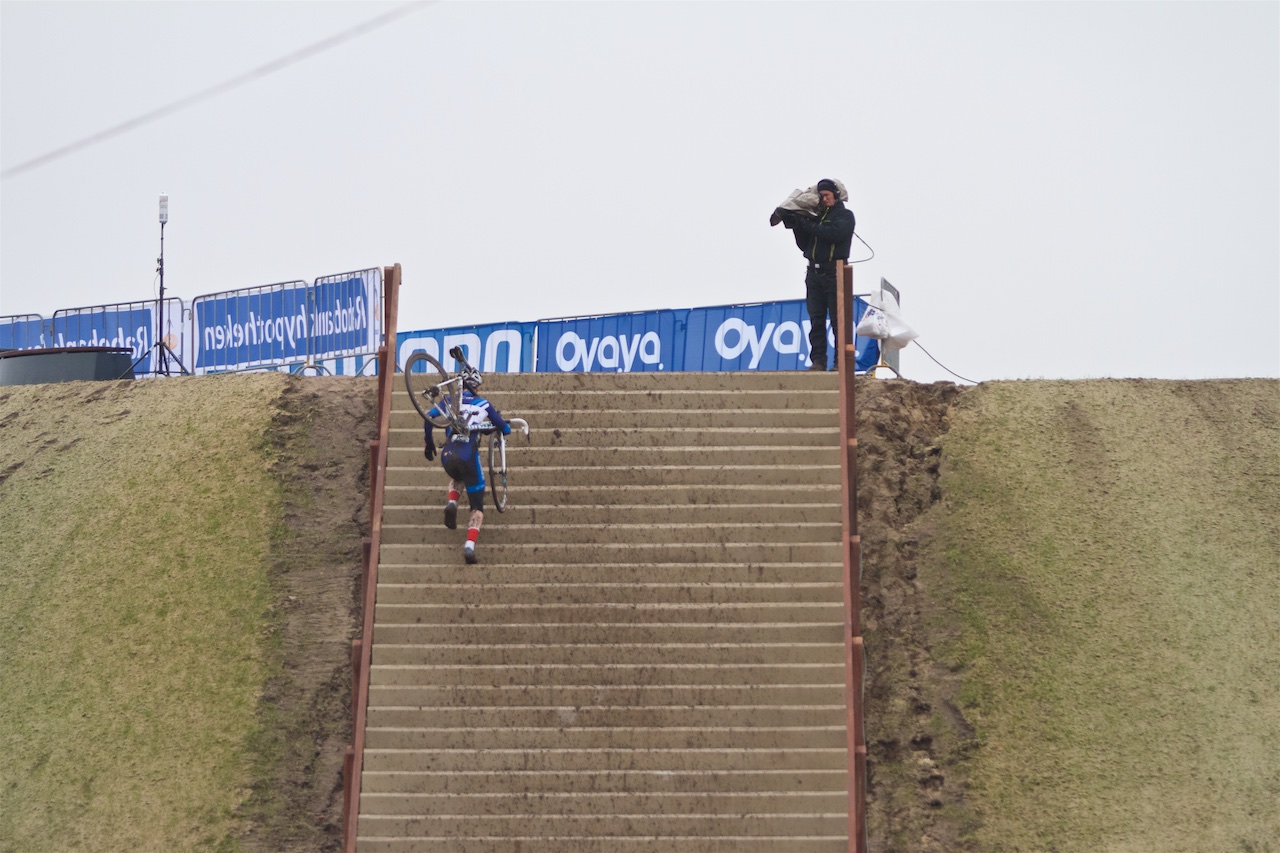 Nothing can do that but good old fashion labor, struggle and misery.

That particular trifecta of the human condition is a perfect segue into the following email from Atomic Cycles Paul;

Yo man how’s it going? Off the injured list yet, 2015 was a rough year for a lot of people, weird.

Anyway, my cbc just passed and now I have this klunker ride coming up it may interest your peeps; Could you be so kind to fluff it for me? Thanks!

For folks with a penchant for cross-eyed ascents, and repackable descents, you know what to do.

And Paul was right on the money. 2015 was an asskicker that I’m glad to be rid of.

Had it stuck around any longer, the last bits and pieces of pieces and bits would have been those of my mind.

4 Responses to “Bits and pieces of pieces and bits.”