Some days managing this web project feels like talking to myself, or maybe more appropriately, trying to make a cat wear clothes.

For the most part, things around here come a bit more fluidly, though these days they might seem a bit more like the former than the latter. Having put on my thinking cap to figure out why, Ive come to the conclusion that because it’s finally the summer time, we all have stuff going on that we’d rather be doing than staring at a computer screen. Certainly this is more an observation than a gripe, as after my last year of health woes, it’s all I can do to be indoors tending to matters that allow me the jaw droopingly luxurious lifestyle to which I’ve become accustomed.

But as I said, the weather for most of us besides those in Arizona, Texas, and possibly parts of Australia the weather is starting to look real inviting, so to that I raise my glass and say, “just as soon as we’re done here, we’ll go out and play“.

Or go back to work, or whatever.

And speaking of both, the other day I attempted to meet up with an email correspondence who had been in town for a spell for a bike ride. We’d scheduled a meeting spot and a time and despite the fact that there was about 40,000 vertical feet between my house and where we were to cross paths, I made my way there with two minutes to spare. I waited for a bit and reflected back on an old friend’s rule for life. “I never wait more than fifteen minutes for people” he’d often say. Now, I don’t know how everyone else operates, but in California, fifteen minutes late is actually about three minutes early. It has always driven me nuts because I am punctual to a fault. I think it comes from having not actually learned how to tell time until I was eighteen.

But that as they say however is another story.

Anyway, I never wanted to bail on whatever said scheduled engagement after fifteen minutes, because that was what I’d planned on doing, and if I skipped out on someone, then I’d just do whatever it was I was going to do with them, alone. In this instance however, since I didn’t actually know this person, and she didn’t actually know where we were meeting, I cut her some slack and sat around for a bit more past the fifteen minute window. Eventually, assuming she’d found something better to do, I finally packed up my bag, and hit the trail. Eventually I came across a cut around that some people had begun carving around a small tree. It offered no benefit in terms of either fun or efficiency, so I’m not sure what the point was. Being the diligent trail nazi I am, I leaned my bike against a tree, and did what was right; 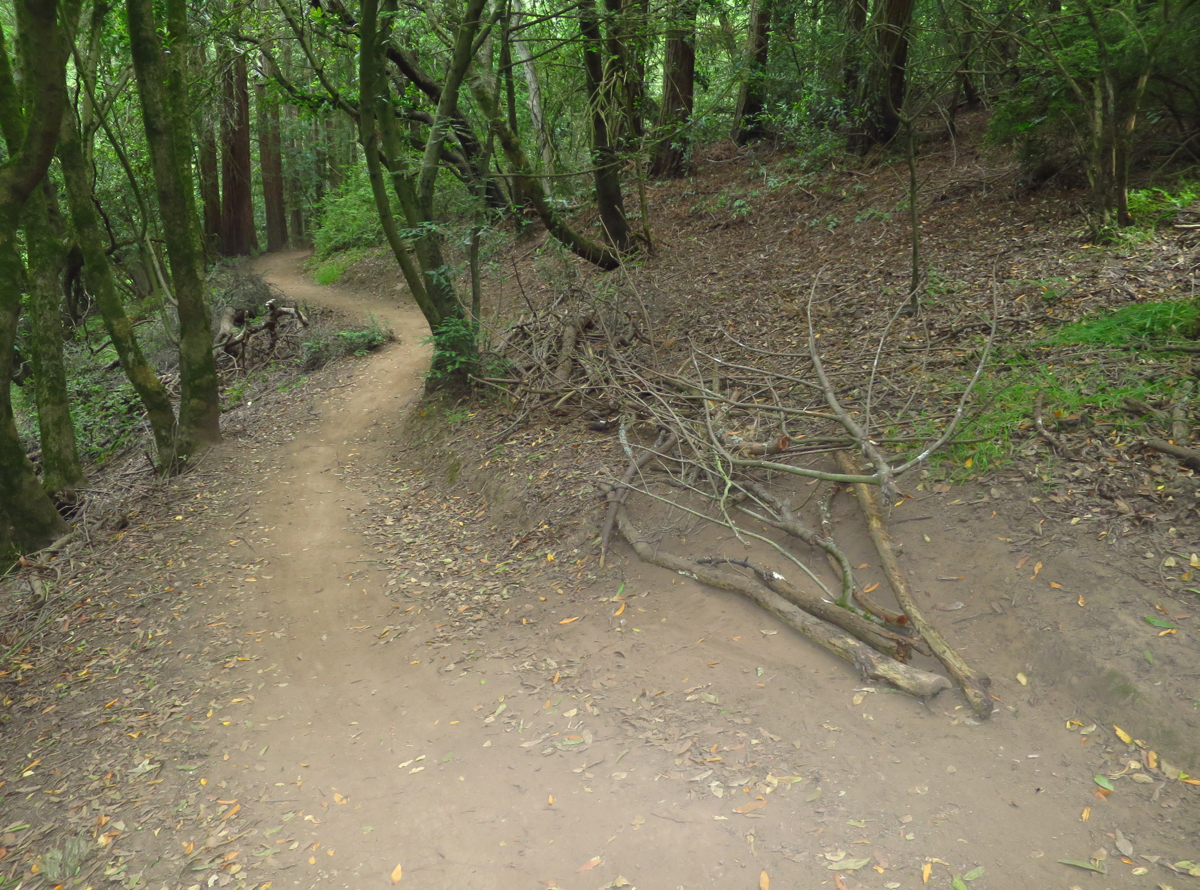 My brother in arms, Thom Parsons gets this. Why, as mountain bikers, when singletrack is so important to us, are we committed to making it wider? If you want to ride on double track, or triple track, or fire roads, there certainly is an abundance of it available.

In my years living in Santa Cruz, this was an epidemic. I mean, in the big picture, we’ll all be dead soon and none of it matters, but in the short term, I watched in just a few short years, a network of loamy, and sublime little ribbons of trail get turned into jacked up, and washed out spiderwebs of double track, connectors, re-routes, and the like.

I realize I’m preaching to the choir here, but perhaps if we all band together and engage in a bit of periodic trail maintenance, we can keep the offenders at bay, because it seems like more often than not, there are more of them than there are of us.

Having my nerves suffecently jangled from that, I opted to continue on and refill my favorite secret stash zone; 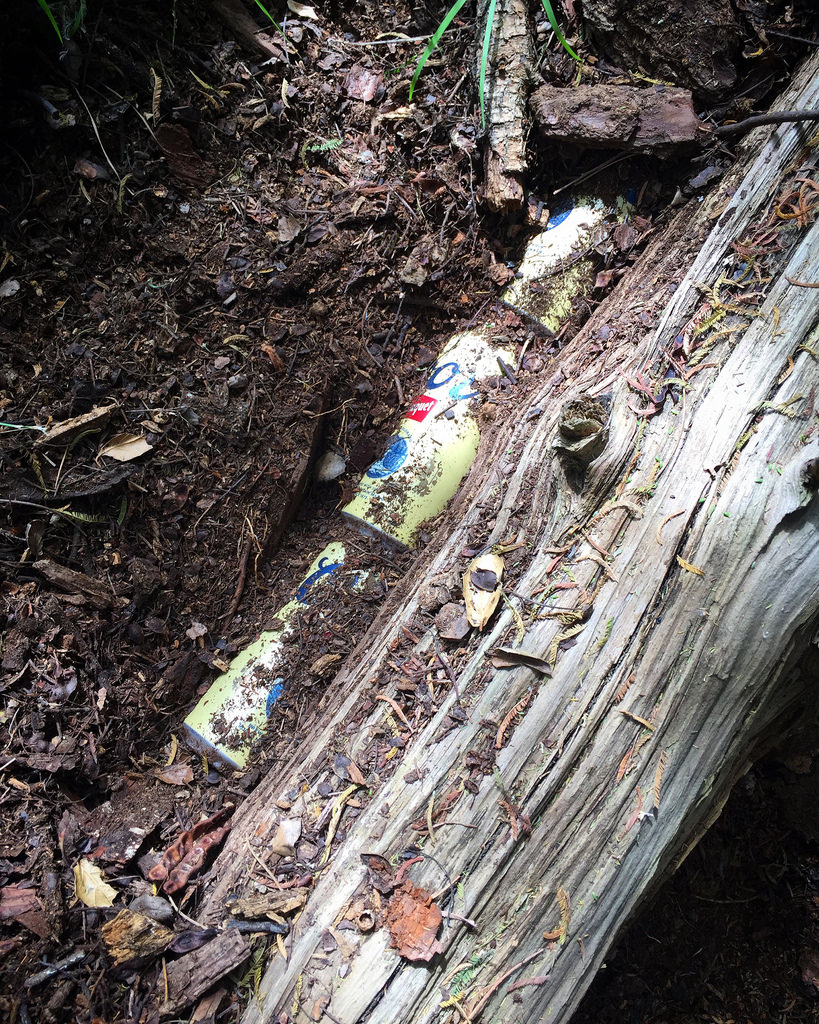 If you know it, feel free to help yourself. Just be sure to replenish the supplies.

Moving on from those topics to others, Marley came through with a bit of news regarding a freakout she’s got scheduled in Seattle in just less than a week;

It’s hard to believe, but the big race is a little over a week away! We just wanted to send a quick note to say THANK YOU for the prizes that you sent! They’ve been received successfully and we’re getting a ton of building excitement from the community. This race would not be possible without your generous support; 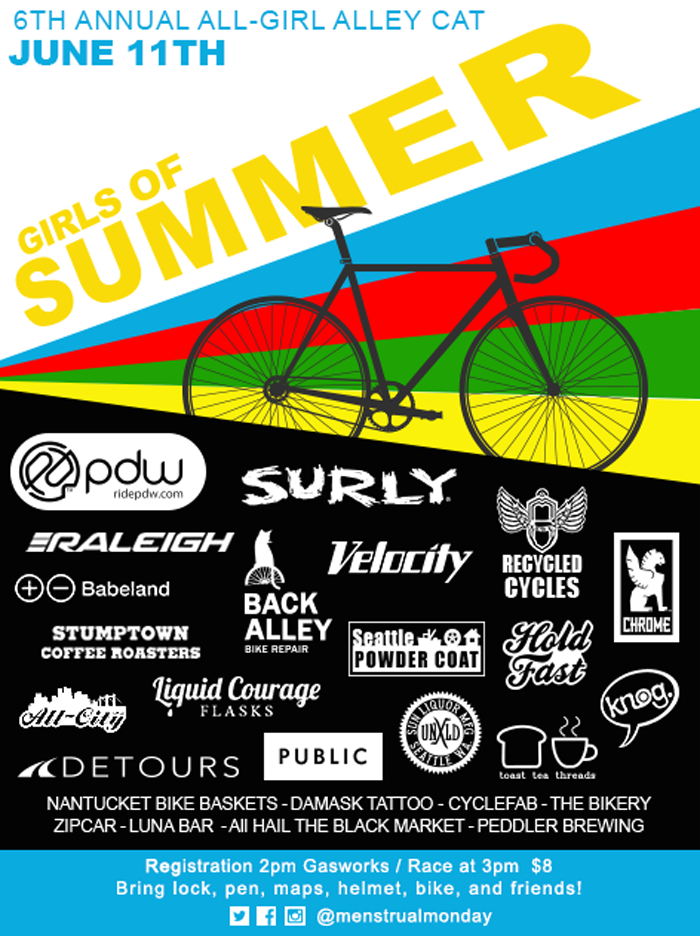 We’ve also attached the flyer for this year’s race- feel free to share this with your community as you see fit! Also, in case you’re into social media, here’s the Facebook event.

So then- If you’re a lady-type, and the idea of getting after it with a whole bunch of other lady-types is a thing that appeals to you, mark your calendars and make it happen. This is just open to those with two X chromosomes, but if you happen to have a Y in the mix, (I think that’s right. I pretty much failed biology, so I’m just stabbing in the dark here), don’t let it stop you from making the contact to see if they might perhaps be in need of assistance at a check point, or screaming your dumb face off while waving your shirt above your head at the finish line, send an email to menstrualmonday(at)gmail(dot)com to get the scoop.

As far as the goods I sent for it, I can’t remember specifically what it was, but besides other stuff, it almost assuredly involves stickers with bad words on them. Whatever the case, I’m proud to be involved, and I look forward to hearing how the whole shebang goes down.

Finally, in a last bit of business-ie related news, on Friday morning I awake from a dream in which I’d completely shined organizing any component of the 2016 Underbike Industry Mixer®, and I was standing in Las Vegas on the day of the party appologetically pleading with the band to come and play anyway. Immediately I woke up and began hustling on the various angles which that that point I’d sorta neglected.

After tuning up the Underbike website I began working on co-sponsors for the event. Right away I got the green light from one of my favorite new brands in the biz, VYNL Bikes; 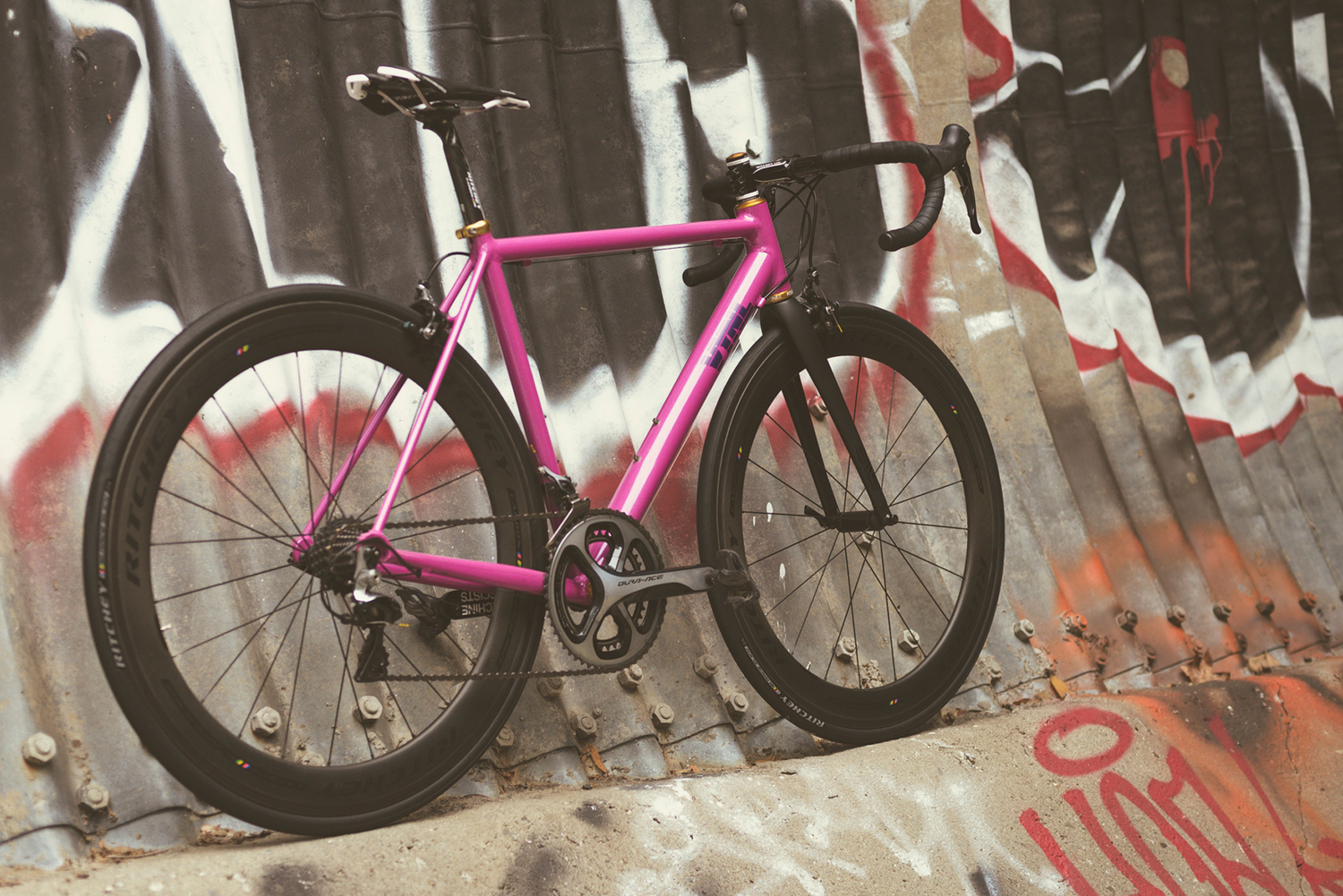 Holy mack-a-rail, does this make me excited.

Some, or two, or all of you might remember just a couple of month ago when the VYNL empire swung through and darkened my door; The idea of them coming on as a co-sponsor for the party hadn’t even been a glimmer in my eye at that point, but now, I can’t think of a more natural fit.

As time goes by, I’ll be spreading out a bit more info regarding the bash, but for now, make note of the date, and dust off your finest black and blue wares; On the night in question, we’ll be doing a lot of screaming, but it will be less into a void, and probably more into one another’s faces.

4 Responses to “Screaming into a void.”