Who said it first? Henry The Eighth, or The Violent Femmes? Most definitely I said it the most recently, so let’s get on with the celebration.

Did everyone have good weekends?

More importantly, did everyone have happy Easters?

For the first time in at least a decade, I darkened the door of my old friend Gabe’s parent’s house, where for fifteen years before that we held down an annual tradition of full contact easter egg hunting.

Even through I threw the gauntlet early and was the first to talk shit (including a zinger about how I’d made them each tiny easter baskets, because they wouldn’t need space but for a single egg), it turned out that we were just content to eat food, catch up, and put the hurt on some bourbon; 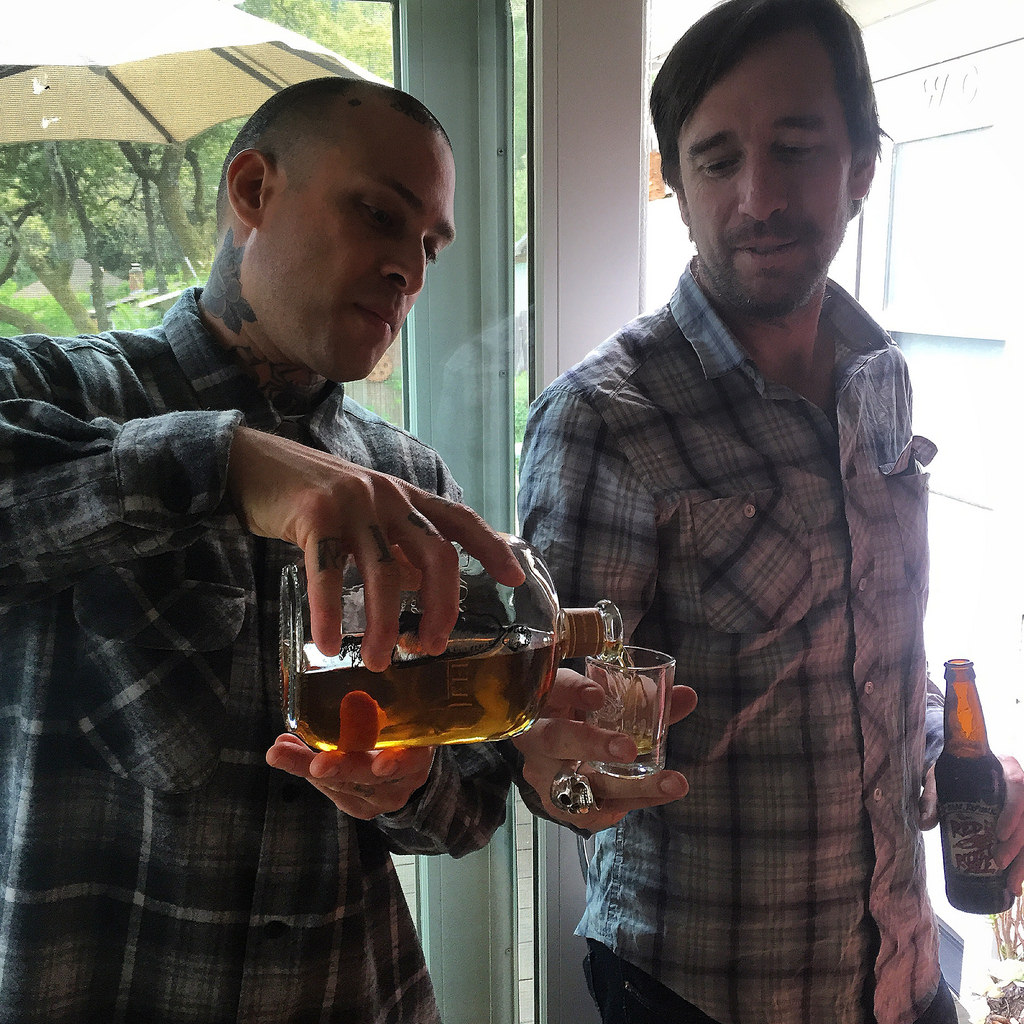 It would seem old age has mellowed us.

Anyhow- First up and Easter things aside, thanks to everyone who placed orders for the Stuntman shirt. I got the order submitted with the screen printer at the ass crack of dawn on Saturday morning giving stragglers ample time in which to get theirs in under the wire.

Or in some cases not.

Luckily, for those who slept through all of March I have the newest shirt available for pre-order for the next month starting right meow; 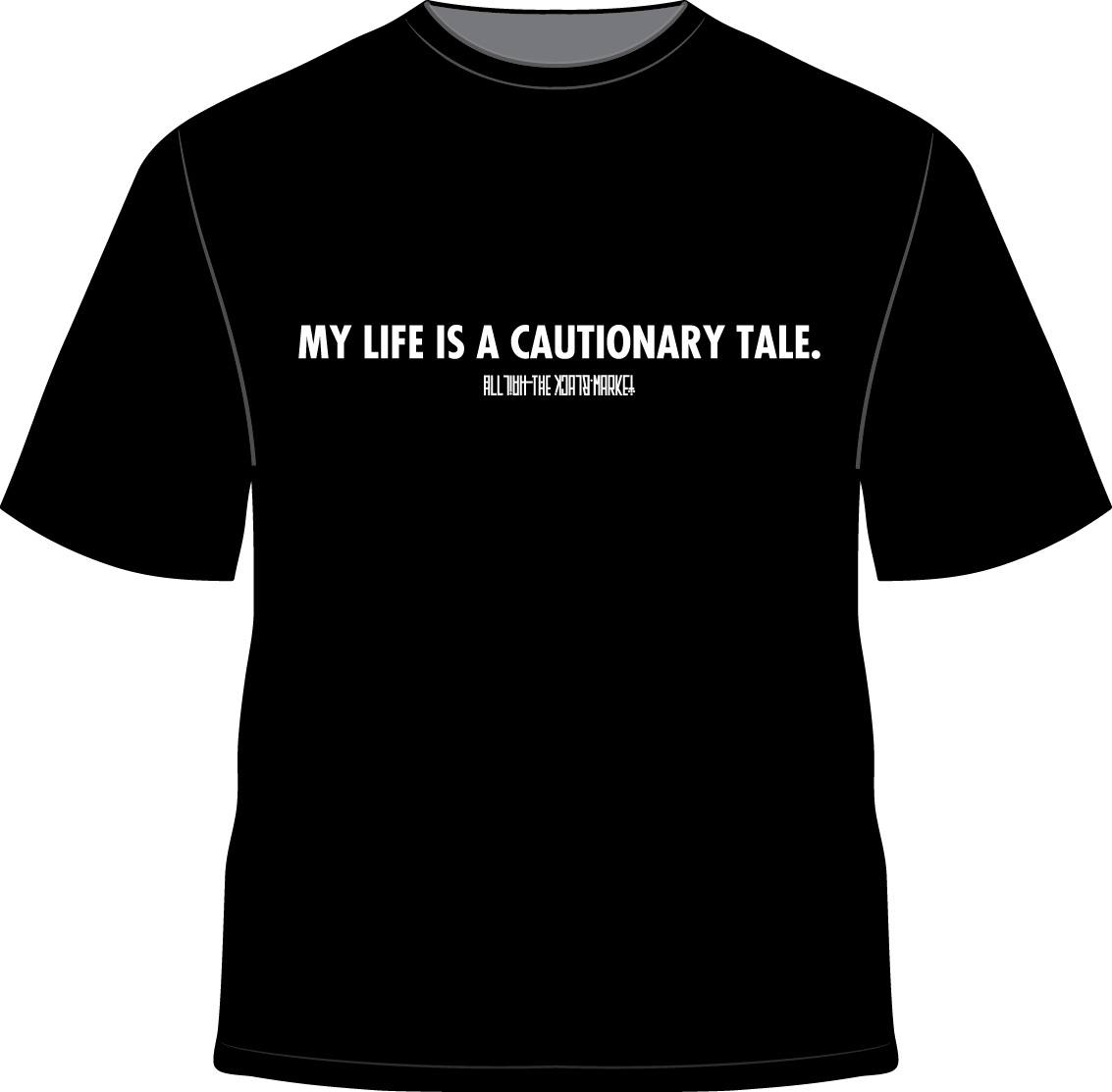 If you like it, you can place your pre-order here, and eventually wear it with pride knowing that it’s based on actual events.

Stepping around the corner to bikes and bikecycle related fodder, on Saturday as I was mulling about my shop I took note on Vynl Bikes’ Instagram feed that they were shooting photos not far from my house.

I mentioned that if they had time and would like to come over afterwords, I would be happy to play host. Also, I’m generally uncomfortable about drinking alone, so any time I can get people to be around me, I make an effort.

At some point mid afternoon I got the heads up that they were on their way, so quick like a bunny, I put on some pants, and cued up the Herb Albert and his Tijuana Brass; 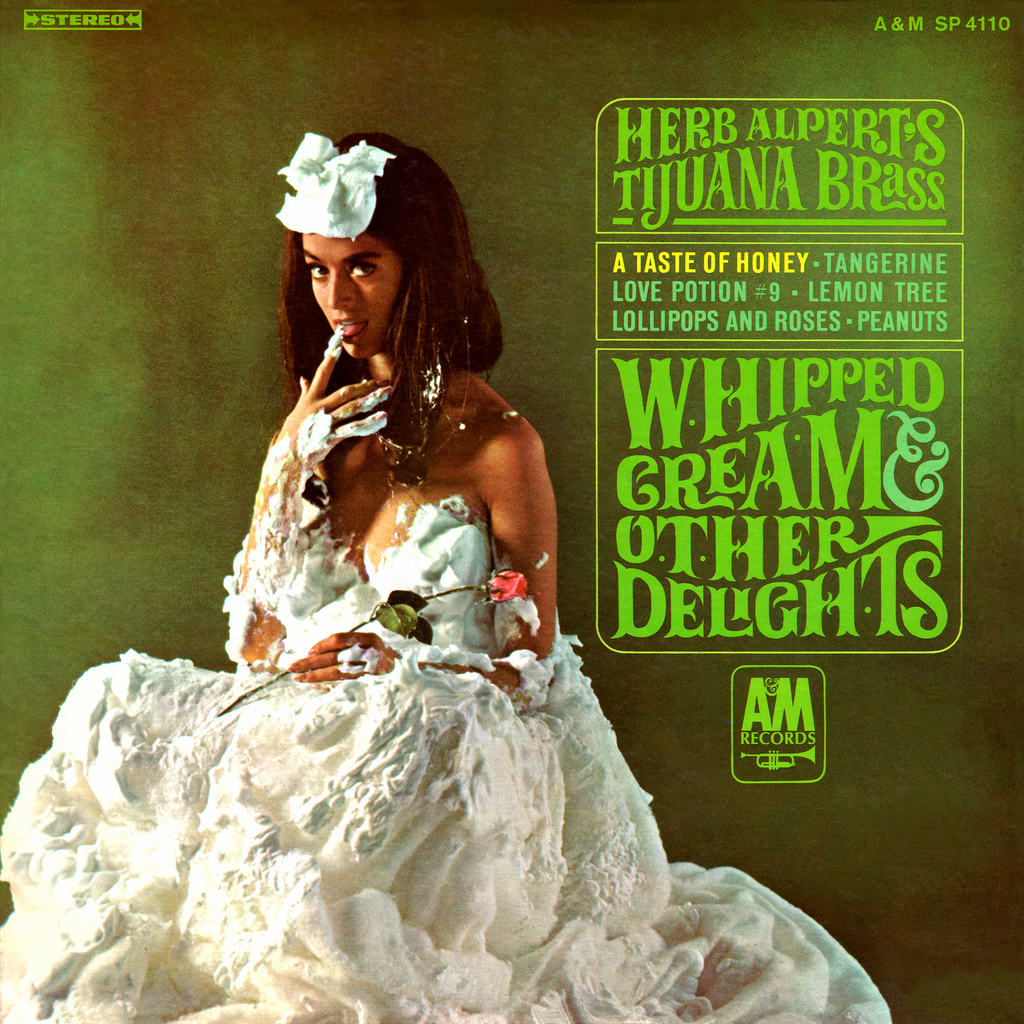 When I have guests, it’s important for me to know, that they know, that I like to party.

With them, they brought two bikes, which I rolled into the grass, and took a couple of photos of; Then, because I’m a profhessianal, I stood them up and took a couple more; 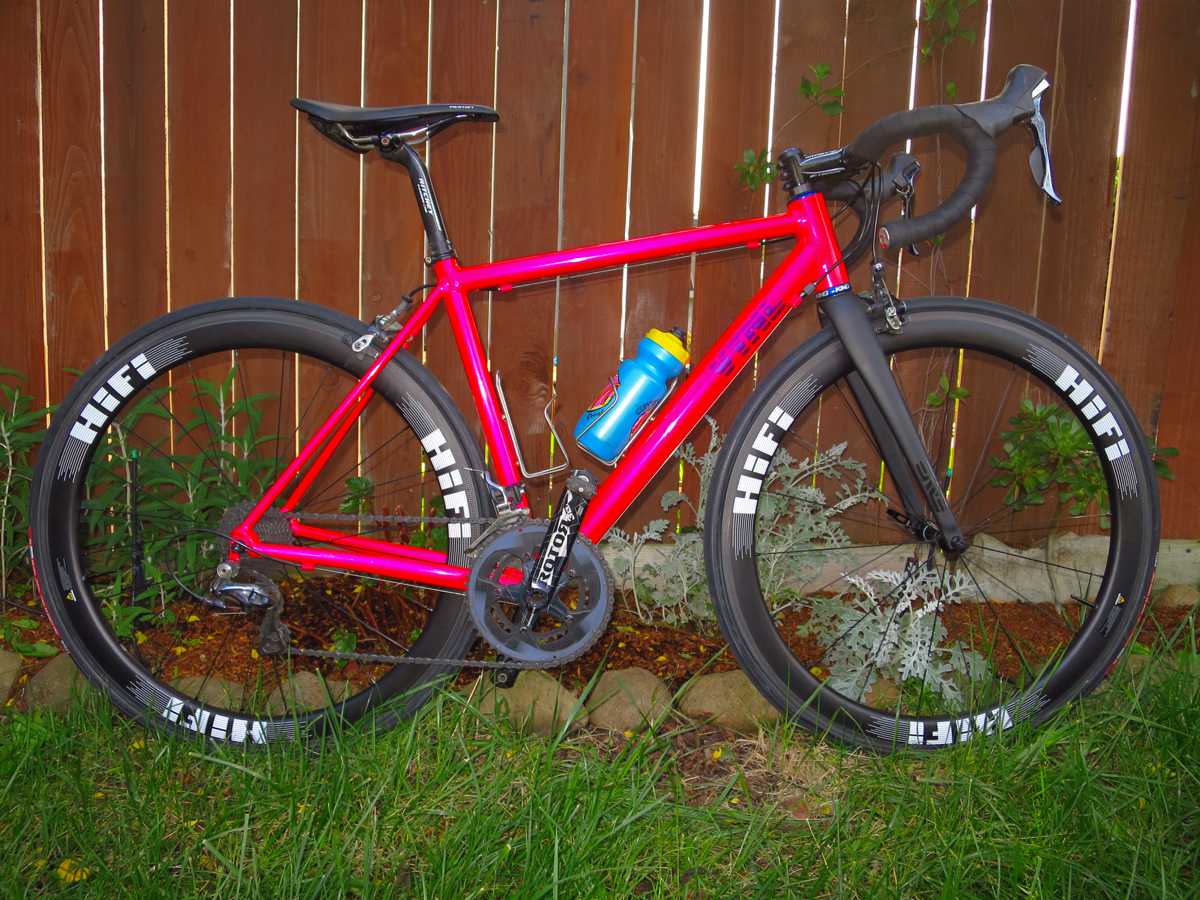 And then as we chitted and chatted, I grabbed a photo of two of the principals behind the brand; That’s Sophie and Sean, and the motivation to their madness came from seeing the industry taking bike design in a direction that they didn’t much care for. In response, the two felt compelled to launch their own ship. A race ready, American made aluminum frame with an array of subtle bells and whistles such as a threaded BB shell, (which forced an immediate smile to spread across my face), Vynl’s frames will assuredly speak to individuals who prefer the spirit and aesthetic of race bikes before they all turned slopey (not to be mistaken for sloppy), and plastic.

I mean, look though some of the images on their site; 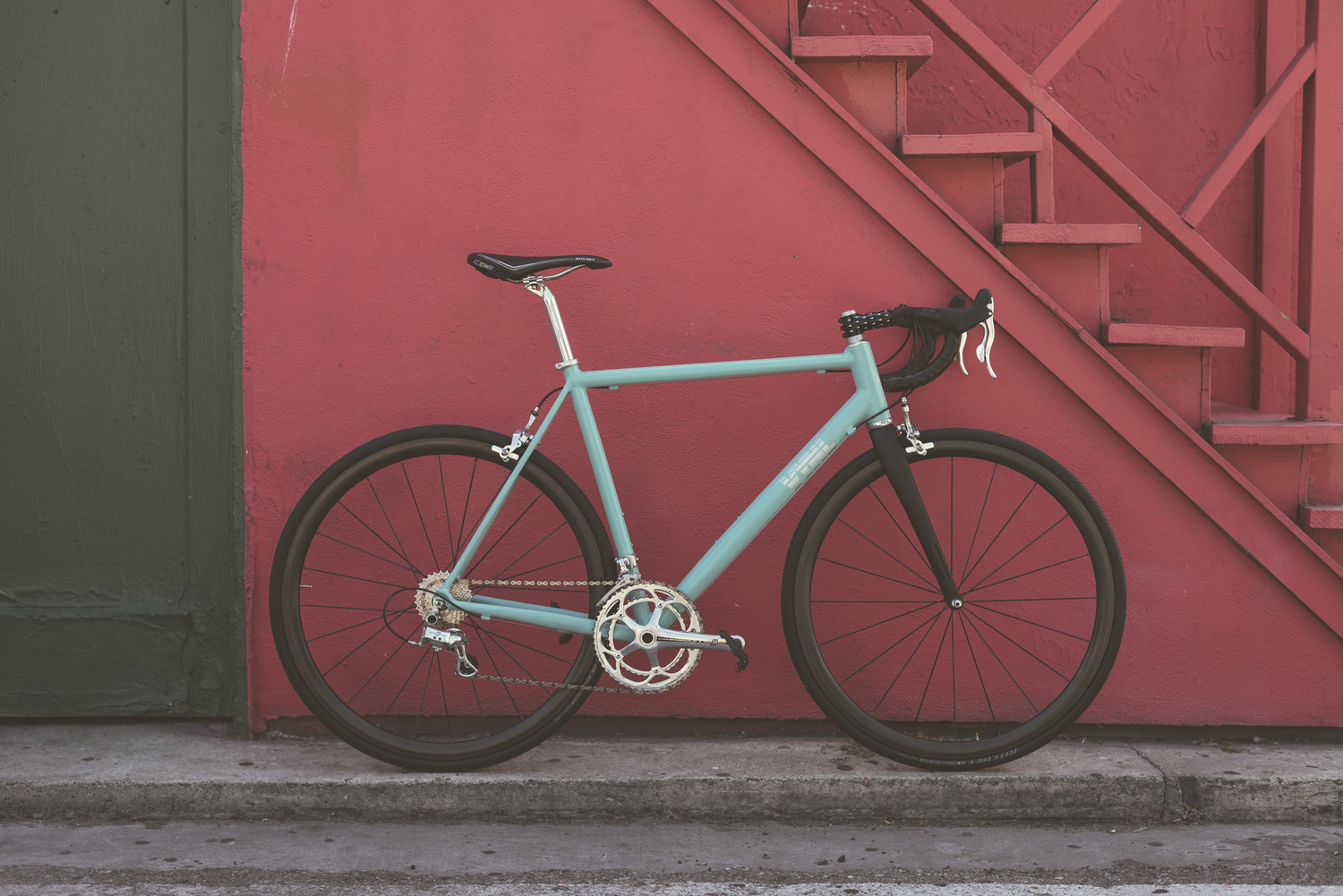 But hey- if slopey and plastic is your jam, that’s ok too.

Like my mom always said, ‘everyone’s entitled to their opinion, no matter how ridiculous‘.

And it’s with that, that I’m Gone Daddy Gone. One thing is for sure, before I Kiss Off and ultimately Promise to Prove My Love, I’ll Add It Up by saying it’s a Good Feeling to make the Confessions that though he looked like a Blister In The Sun and despite the bitchin cod piece, Henry The Eighth was Ugly from birth all the way To The Kill.

7 Responses to “Third verse, same as the first.”