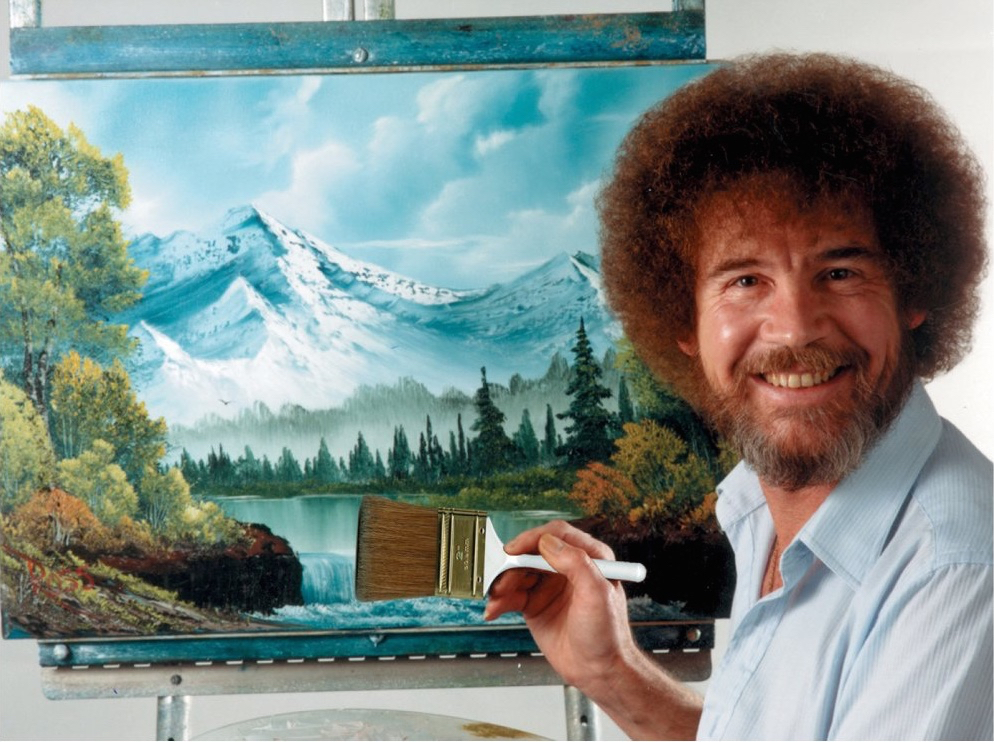 Artist and all around opiate in a denim shirt Bob Ross regularly noted that in life there is no such thing as mistakes, but rather, they are just simply happy accidents.

I would argue that the one night many years ago when I rode past, and then drunkenly slammed an SUV door closed on an Italian man who was considerably larger than I am, was a mistake. The fact that he was with three of his friends all of roughly the same stature only compounded it. Rest assured, there was nothing happy about the outcome of that exchange whatsoever.

I suppose the reason this is currently on my mind is because last Friday I posted the video for the newest Nick Cave song. Following that, Monday’s post title paraphrased that of Mr. Cave’s just-released documentary, which he financed in order to not have to speak with journalists about the death of his son;

Certainly no disrespect was intended. It’s just a matter of days and days worth of random stimulus getting shoveled into my brain and then sifted back out into this glowing and electronic medium. Anyway, my conscious self is rarely present when penning these posts day after day, week after week, month after month, and now at this point- Year. After. Year.

And in this instance, there was nothing happy about it.

With that matter being addressed, let’s continue with the day’s effort, as we dip a ladle into the mailbag, and a correspondence from Biscodo regarding a bash that’s brewing to blow up this coming Sunday;

I need help. It’s a question of standing and legitimacy. To whom can I turn? To a world famous bike blogging dirtbag skate punk – “Stevil: A Name You Can Thrust(™)”.

Here in Ypsi where there’s a tridge, smeet frogs, and a historically relevant phallus of a water tower, bike people like tacos. Ever since Tom and Thomas hatched a plan, Taco Tour happens every year, bringing bike people out of the woodwork like dentists to Strava.

This is the 9th year- (FB link and Bike(dot)Ypsi(dot)org). 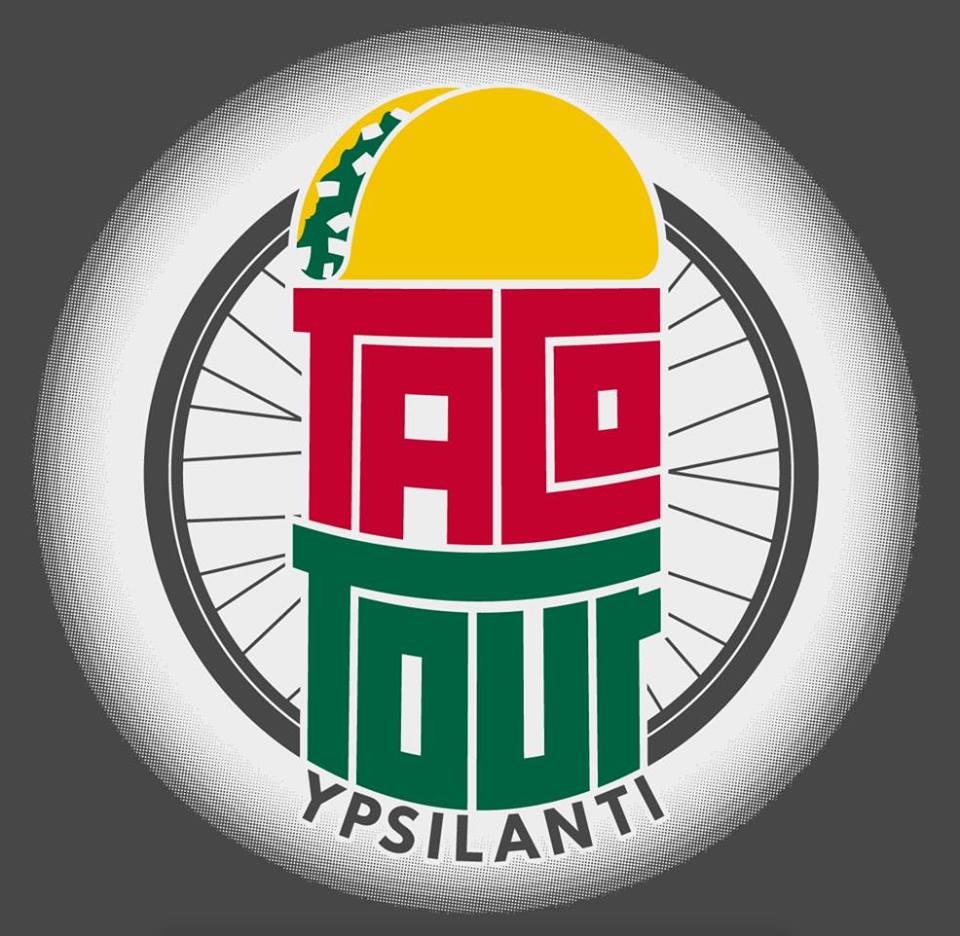 In the class of event that includes shiftless layabouts making shenanigans and 100-200 people on bikes getting sunburn to eat a-taco-per-stop at every legitimate two-corn-tortillas-onions-and-cilantro taqueria and mercado in this little town… well, we think we were First In The Nation. (Kula? He’s gone to Gotham, but not forgotten: Kula.)

You know bikes, and you know tacos. Can we claim The Original? Like hipsters and goths, we really don’t care if we’re not. But the ego wants what the ego wants.

I took note as I was writing this post that the registration is now closed, so like with everything I do on this Internet project called All Hail The Black Market, I’m a day late and a taco short.

It would seem as though there are a great number of other human beings out there in Ypsilanti, who like me, are big, big fans of both the bicycles, and the tacos.

But really, I like bikes combined with food of almost any sort.

And speaking of which, there is a spot right here in my home of Oakland, California that I’ve been hearing murmurings about for some time called Luckyduck Oakland. Well, it just so happened that I gave myself a day off from doing nothing the other day and aboard my bicycle I journeyed over hill and dale specifically to stick my head in there to see what exactly was what.

The first thing that struck me was how damn well done the interior was; Then, as I cautiously moved into the belly of the beast, that there was a full service bike shop, surrounded by more pretty things; 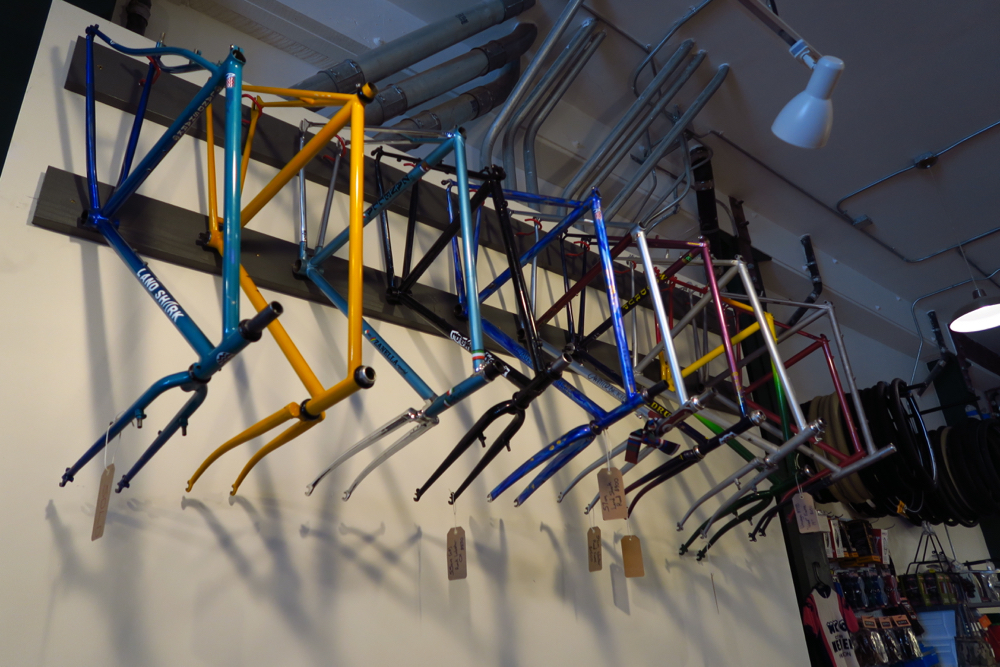 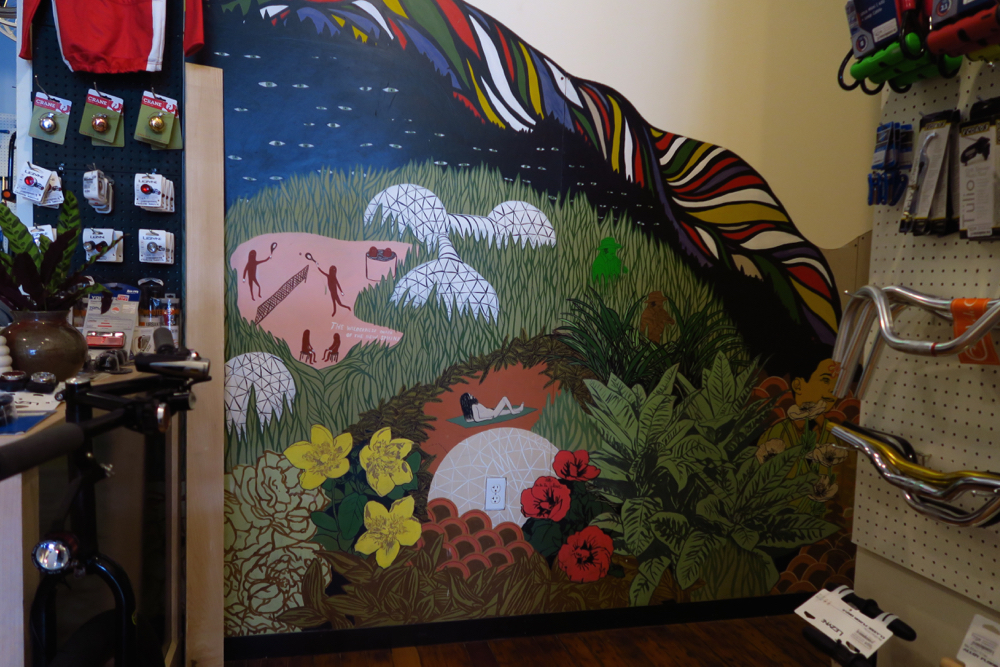 Not one to be won over by eye candy, I bellied up to the counter and while chatting with the young woman running the show, took a quick glance of the menu and ordered a sandwich called ‘The Gravedigger’ (because, duh) and a sixteen ounce can of PBR (because Budweiser can suckit), and sat down at a table drinking in my surroundings.

My food arrived and along side of it, a lovely little pile of assorted greens. I should note that I didn’t take a photo of my food for a number of reasons, chief among them because I’m not an asshole.

Now, I’m no food critic, because on occasion I’ve been known to eat literally anything (one of my many claims to fame was a huge piece of skin off of Kenny’s palm for five dollars, and fifty slices of American cheese in under a minute.) That said, the sandwich was delicious, the salad was healthful, the beer was ice cold, and all of it was inexpensive.

If that’s not enough of an endorsement, I have nothing left to offer.

After a time, a person named David who is one of the Luckyduck’s three owners sat down next to me and we chatted about an array of subjects. Those I can recall were regarding the bike industry’s inability to agree on a standard anything, the general nonsense politics of Oakland, and the highs and lows of opening an independently owned and operated business. We didn’t make the world a better place, but when we parted ways, it wasn’t any worse off.

So should you happen to find yourself in the East Bay, (pig latin for ‘The Beast’), swing through and say hello.

The space, the bikes, the artwork, and even the human beings therein are all pretty as a picture.

It’s no Bob Ross painting, but then again, not much is.