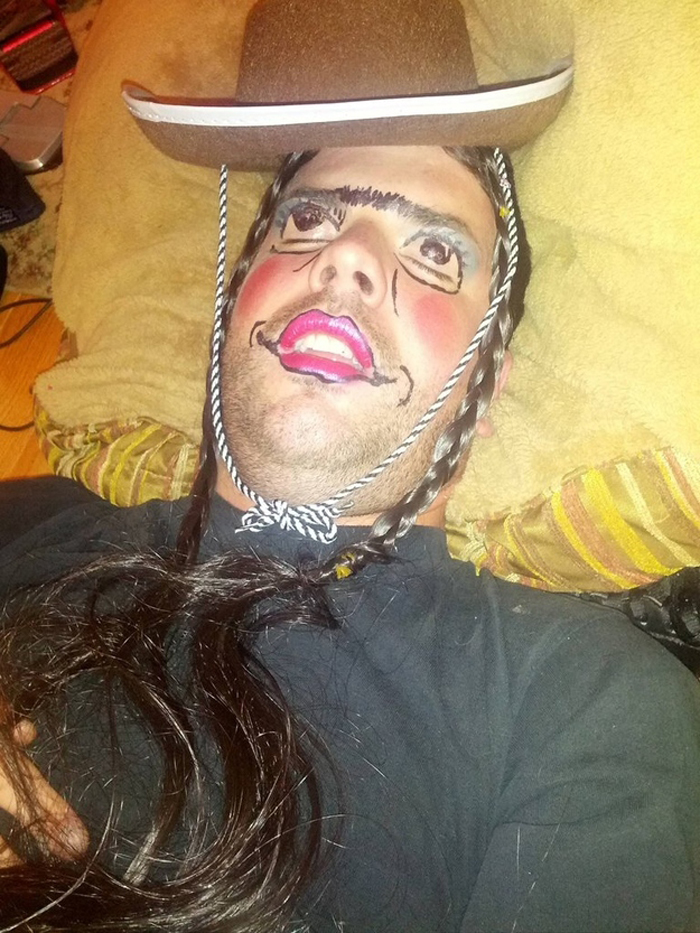 The above image reminds me of a house rule, and though it doesn’t necessarily relate to either Mondays, or Schmundays, I feel compelled to describe it to you now.

If you should ever come across a compatriot who has been over-served and has commenced a booze induced slumber, if they happen to have their shoes off, you cannot touch them. Think of their shoes being off as an invisible forcefield protecting them against you and all of your Sharpie related shenanigans.

However, if they have their shoes on, this can be taken as a sign that they had no intention of actually falling asleep where they lie, should be considered a rookie in the game, and ought to be dealt with accordingly.

Armed with this knowledge, I now expect all who reads these words to go forth into the world and make magic.

Now then- Being all bright-eyed and bushy tailed as we undoubtedly are, let us now get right into the mix.

Have most folks heard about this here Sven Nys documentary?

And though I’m quite taken with the subject matter, and what will undoubtedly an amazing visual effort, I can’t get past this guy’s foamy mouth corners; 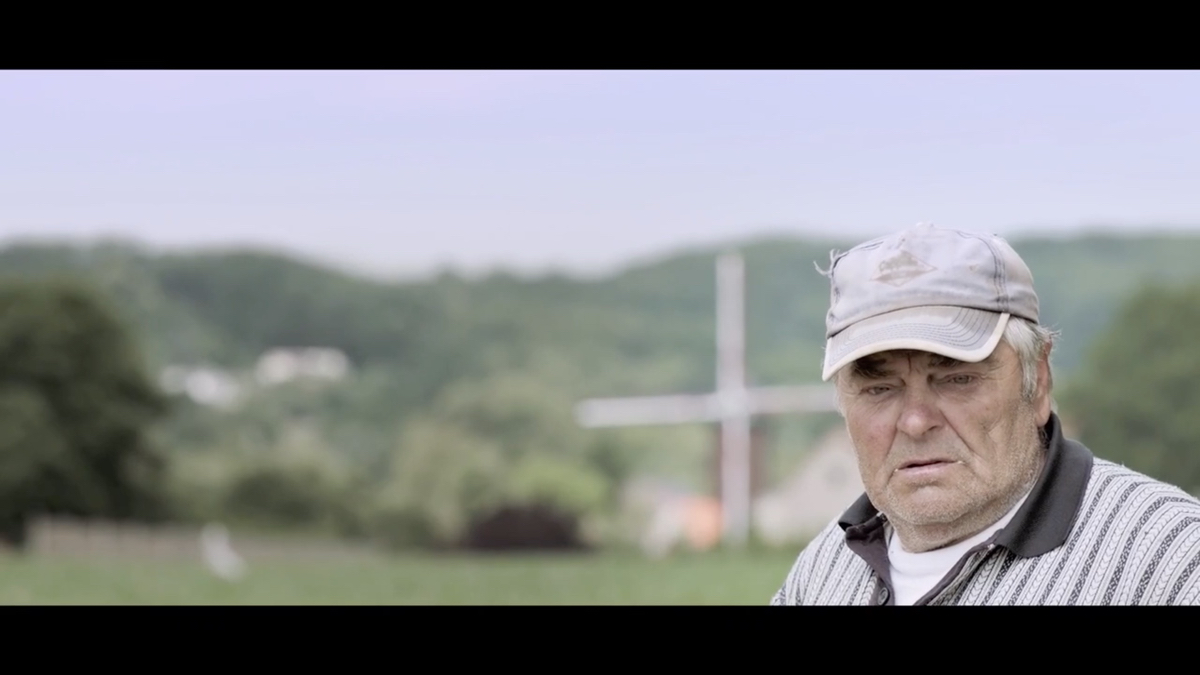 And also that he has kind of an Ernest Borgnine thing going for him; 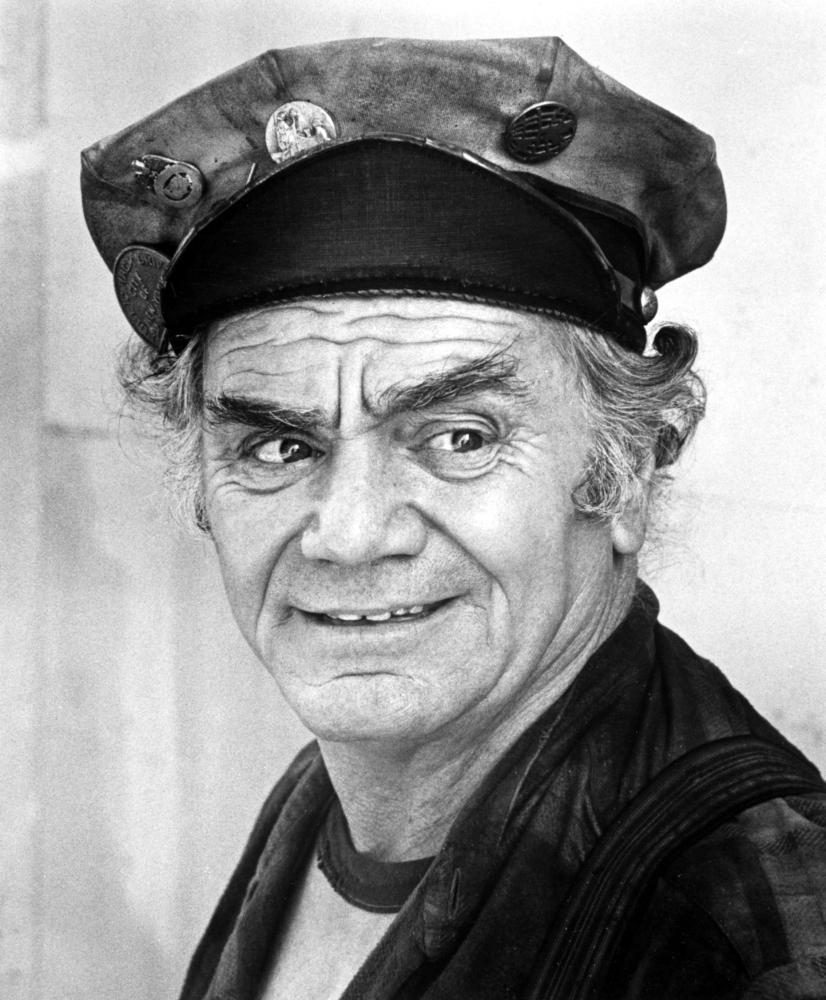 Anyway, I realized while watching the trailer, that foamy mouth corners bug the shit out of me.

I’d always known it, I just hadn’t fully realized it yet.

However, it’s with this screen grab; 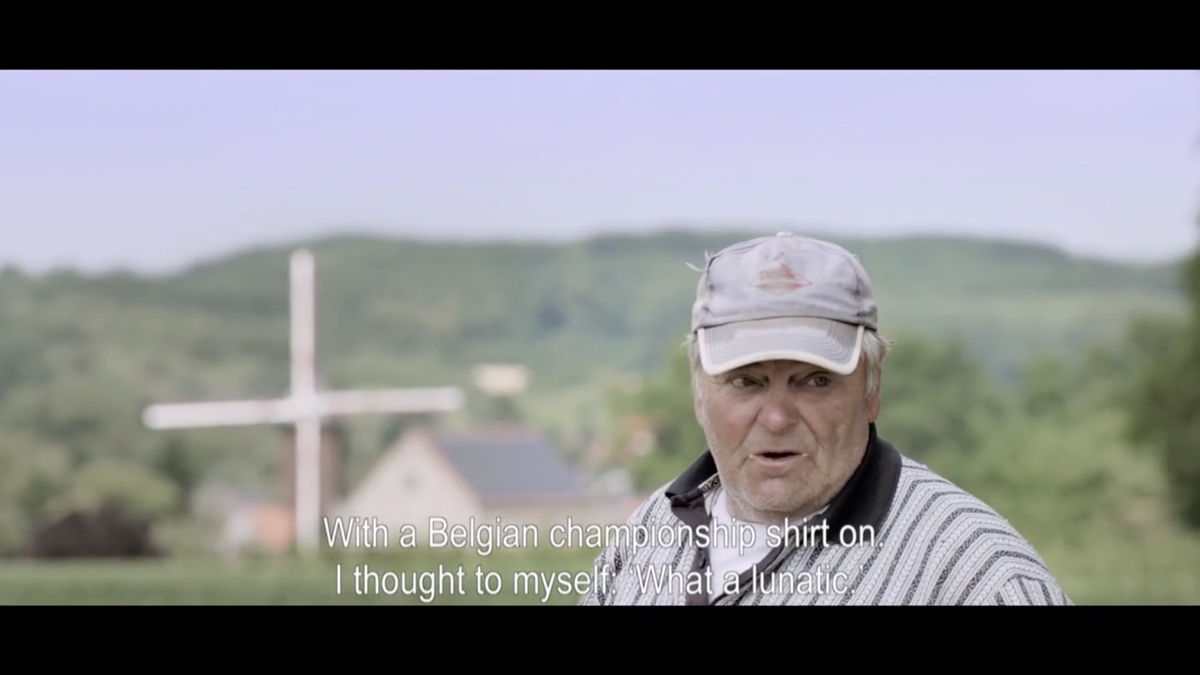 -That I will segue into the next topic.

Specifically being one regarding lunatics.

Have you heard about the hit and run in New Mexico, the offender in which was stopped and held at gun point by a good samaritan? 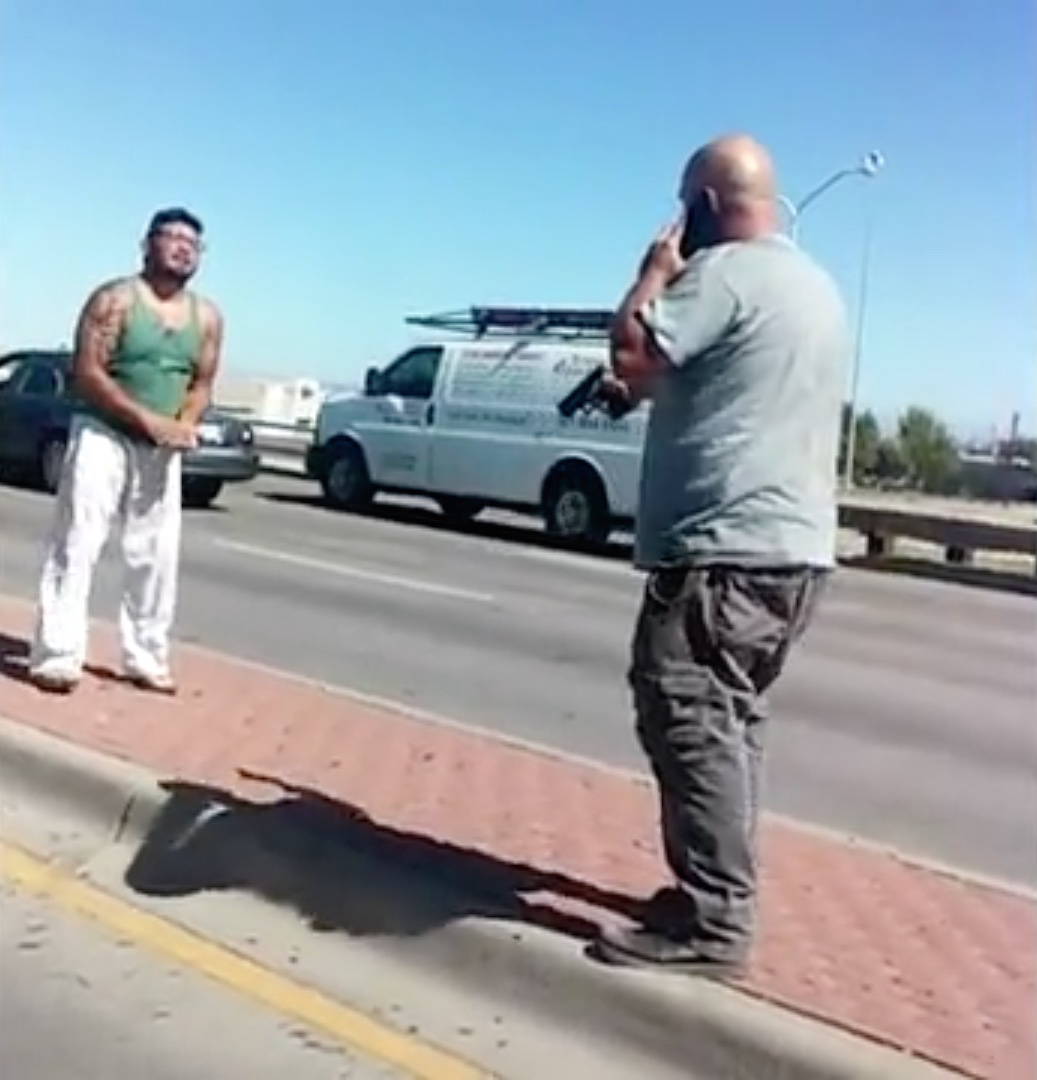 “He was heard apologizing, saying he didn’t mean to run over the bicyclist.”

That’s cool, bro. We’ve all been there.

So, I reckon it’s a safe bet that just about every single person reading these words right here have found themselves in a situation where someone smacks us, throws a bottle at us, swerves at us, or whatever, and we so wish we had a bald headed guardian angel to chase the suspect down and hold them until police arrived. And perhaps even (if time allowed), rough them up a tiny bit.

I certainly know I have, but I can’t shake the feeling that the fella with the gun could give less of a shit about a potentially grievously injured bicyclist, as he does getting the opportunity to be ‘a good guy with a gun’.

I mean, he didn’t stop the eleventeeth hundred mass shooting so far this year, but with his sidearm, he stopped an injustice, and after all, isn’t that why God made guns to begin with?

I realize I’m making a lot of assumptions, which we all know only makes an ass out of you, (not me. Just you.) -But I’ve been around long enough that I can trust my instincts, and they tell me everything I guess about this scenario is right as rain.

With that we’ll move on from people who don’t like bicycle, to bicycles who apparently would rather not have anything to do with people, as proven by this shot snapped by local photo ace Greg Beliera at last weekend’s Giro di San Francisco; 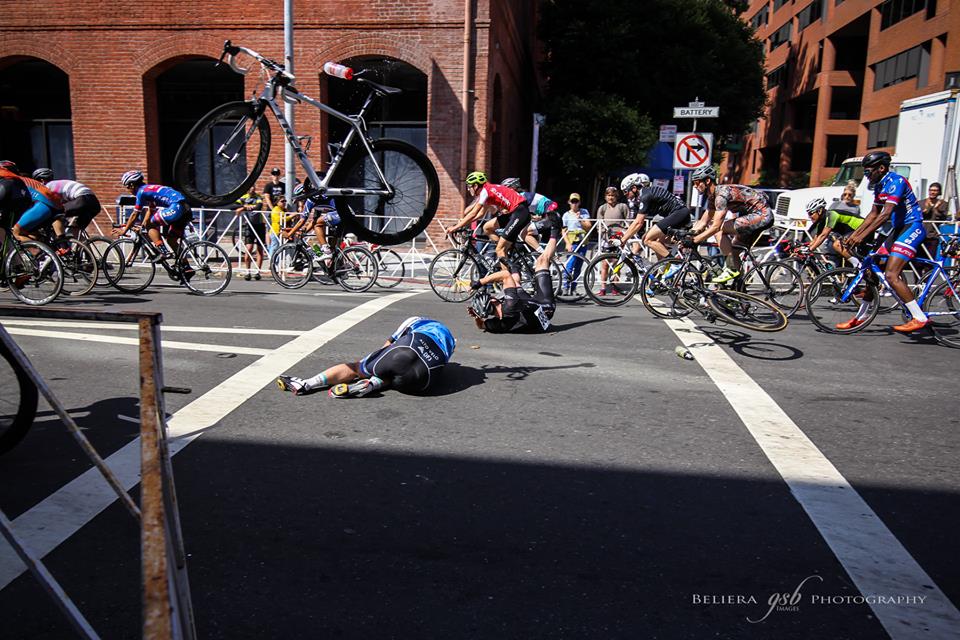 Timing is everything, and clearly this was a matter of Greg being in the right place, at the right time.

I suppose the exact opposite could be said about those in and around the depicted chaos.

In other news of speedcycles, CD sent on the following bit of news regarding Froome’s recent declaration regarding the Vuelta a España alone; 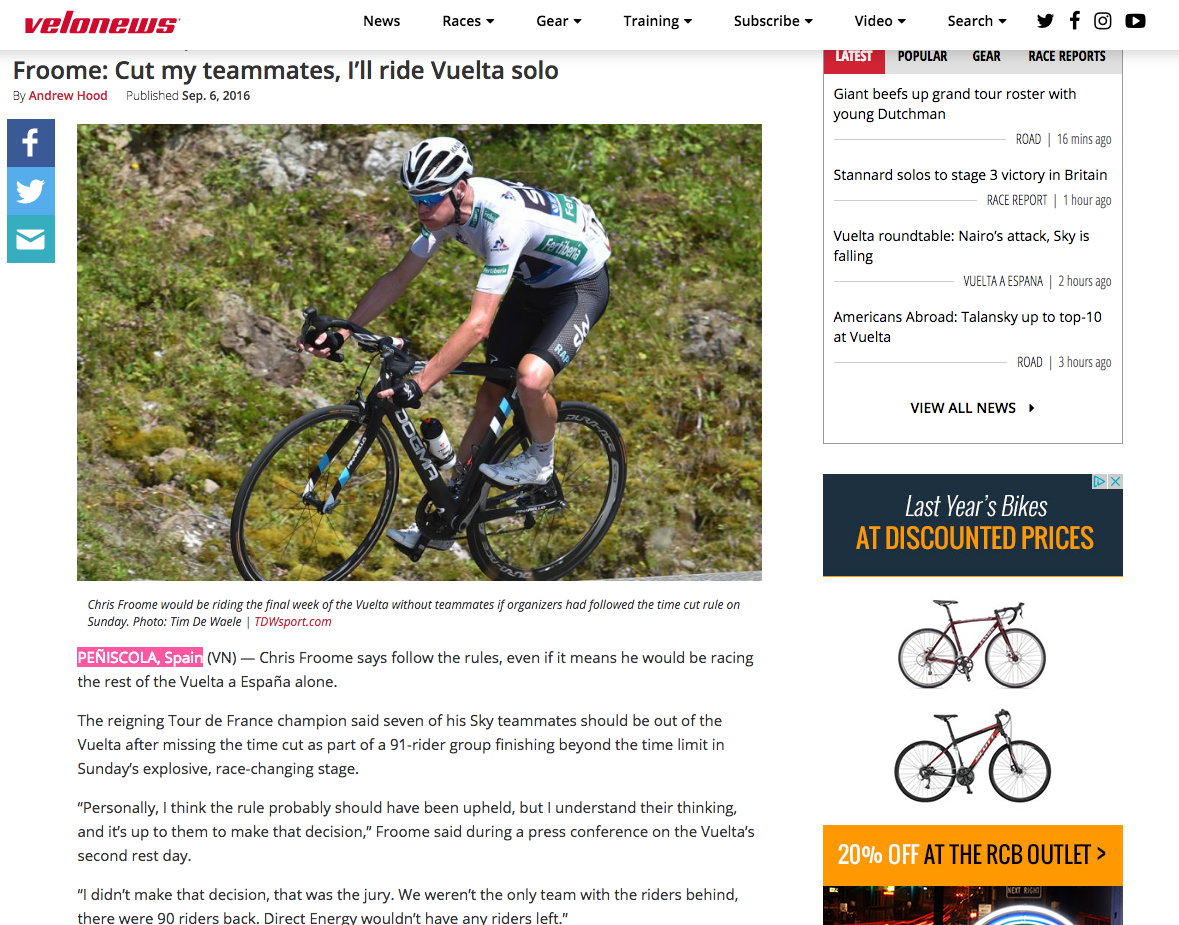 Of course that news wasn’t so noteworthy, as the fact the report was filed from the lovely costal town of Peñiscola, Spain, which is hilarious if you have the mentality of a twelve year old boy.

In closing, and not related to any of the above, Robert got in touch with an example of absolute sacrilege; 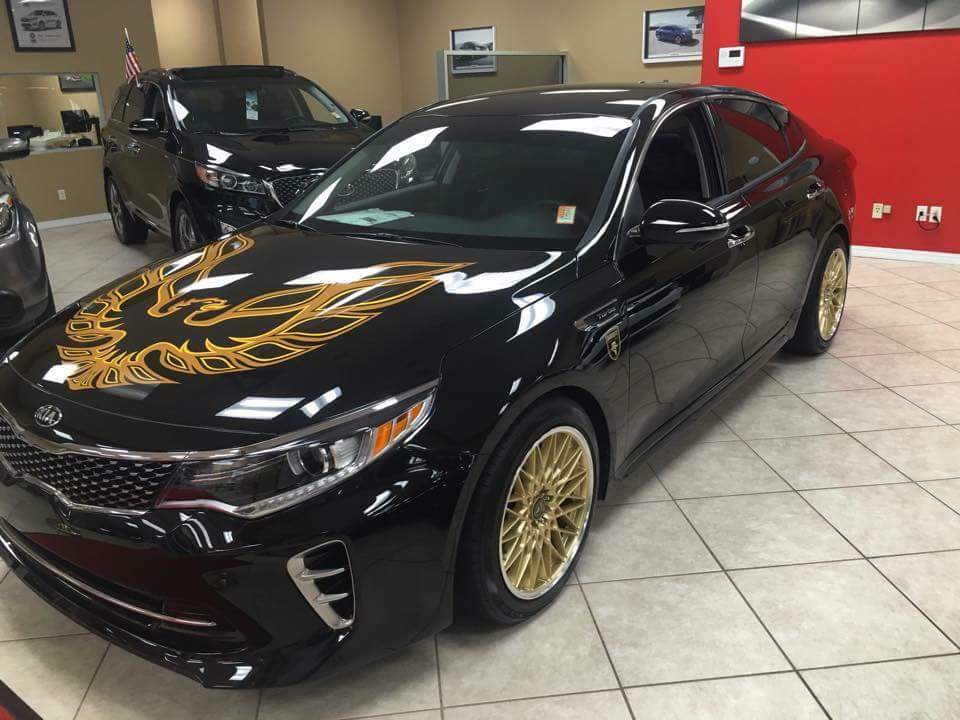 The old adage comes to mind of “just because you can do something, doesn’t mean you should do something.”

With the vision of that debacle now seared into the recesses of my brain, all I can do to numb the pain is drink until I’m handsome.

And reader be notified- Should you find me passed out with my shoes on, you know what to do.